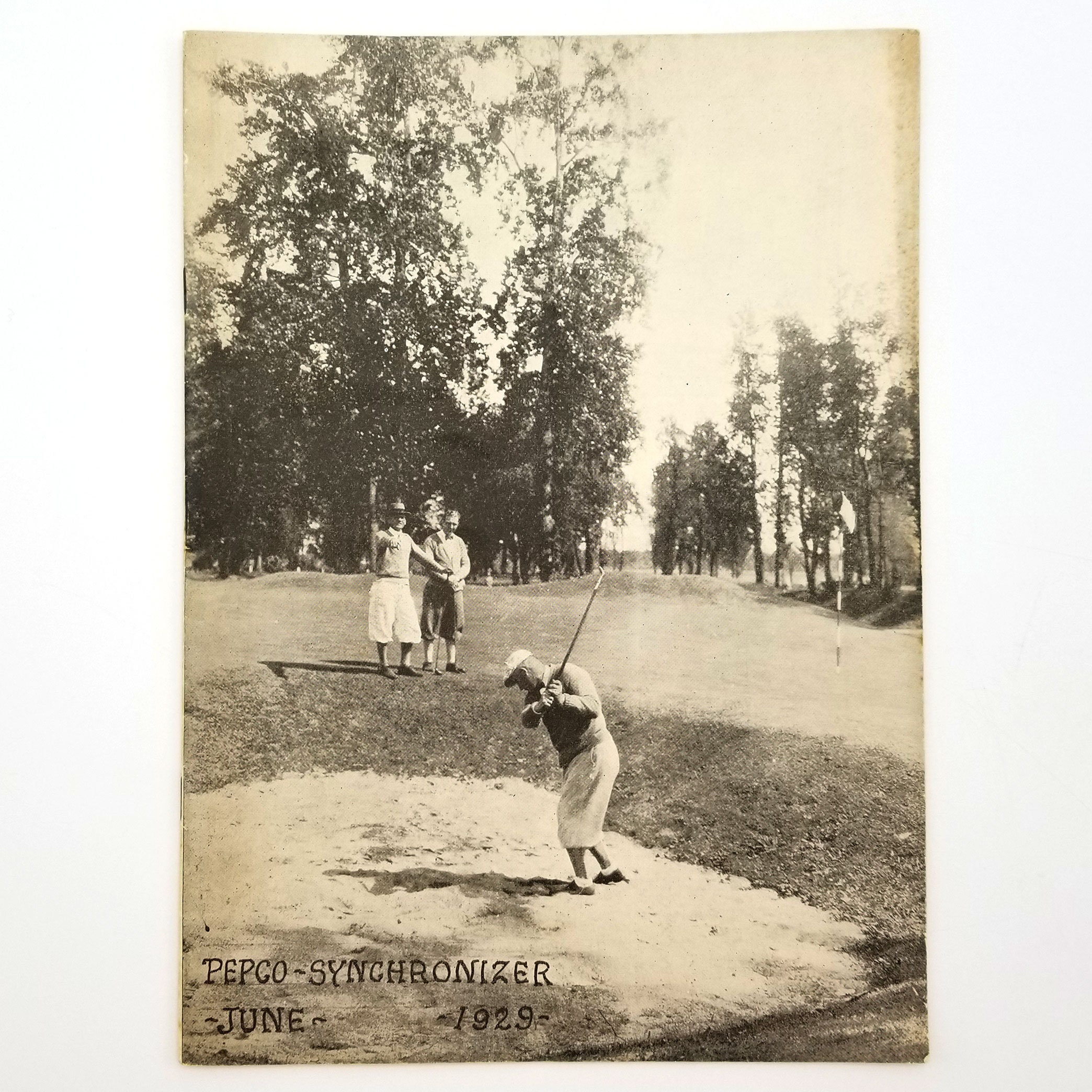 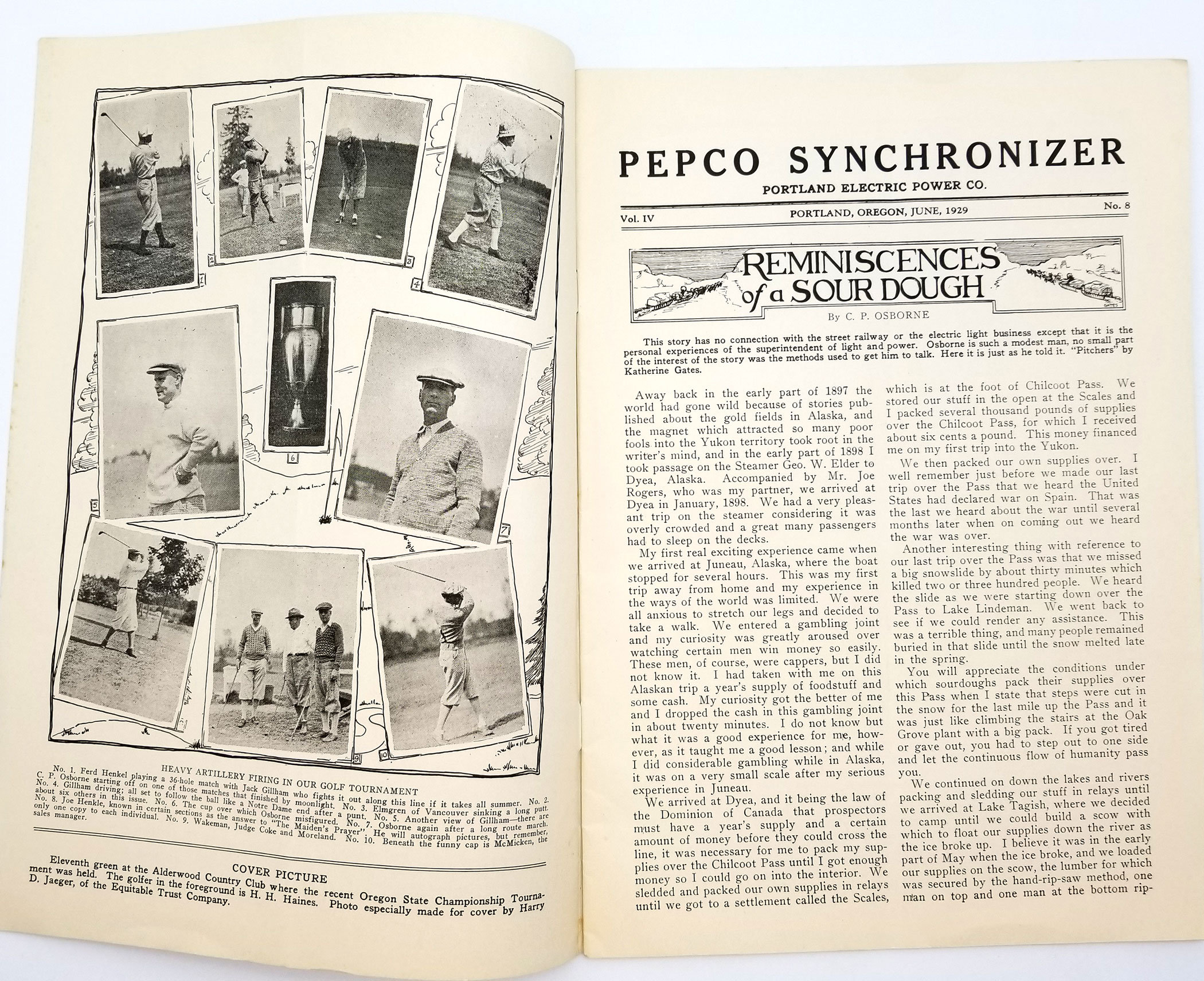 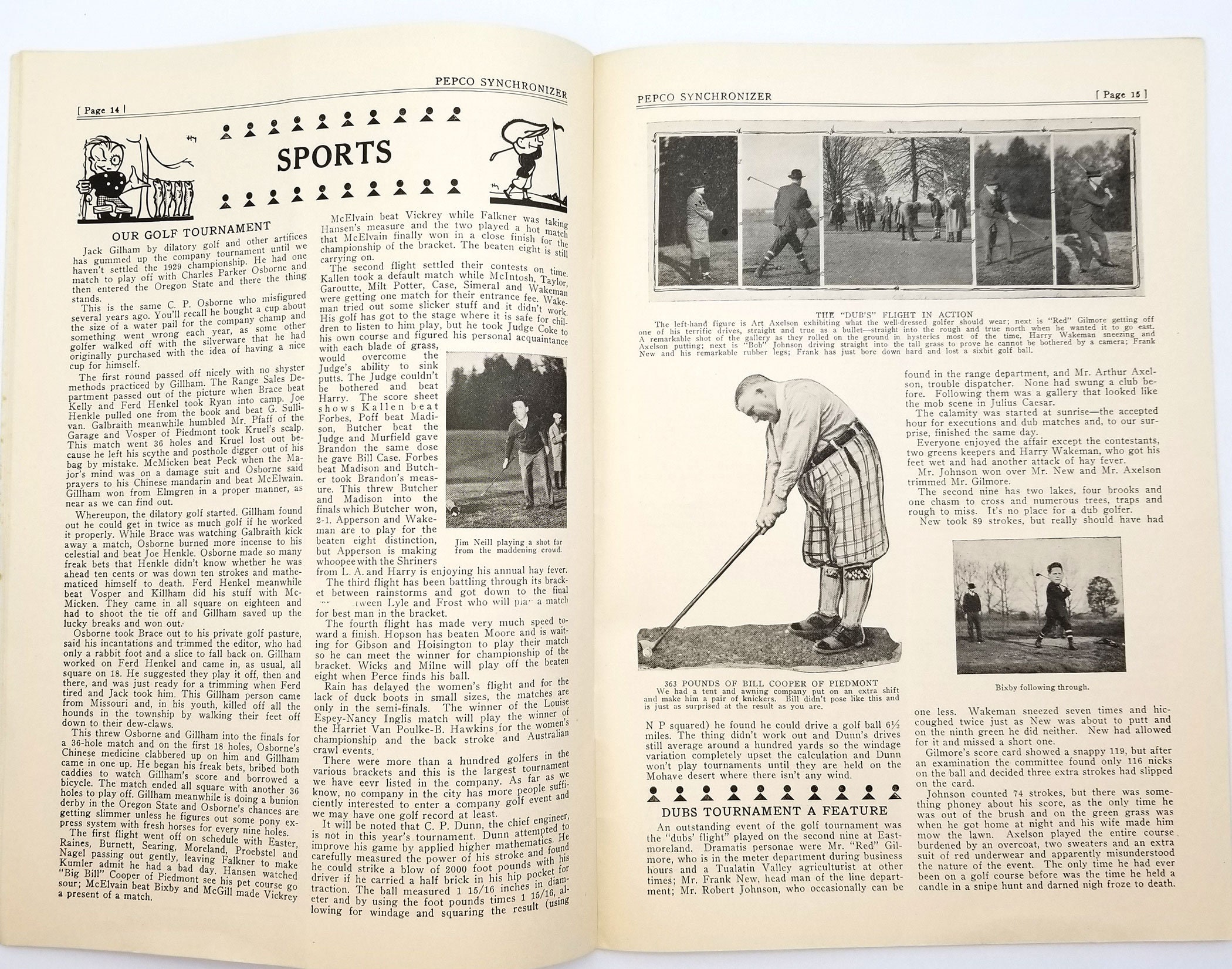 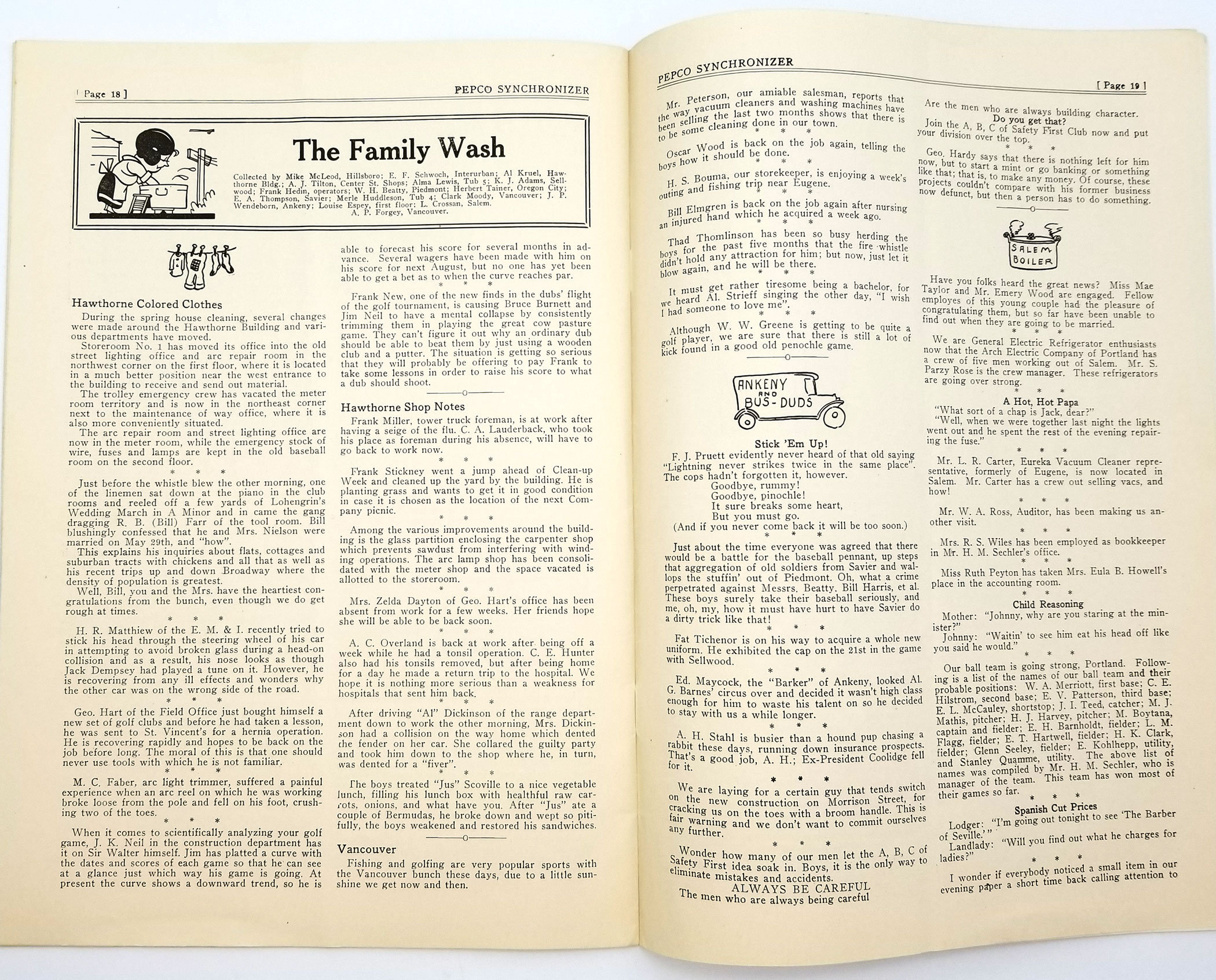 The June 1929 issue of The Synchronizer, the company/employee magazine for the Portland Electric Power Company (Before 1924 it was known as the Portland Railway, Light & Power Company. In September 1930 the company split into two separate entities: Portland General Electric and the Portland Traction Company, which took on the operation of the interurban street car railways.)

Articles include a long (3.5 pages) reminiscence of trekking in the Yukon wilderness in 1898 by PEPCo's superintendent of light and power, Charles Parker Osborne (1876-1975), and a three page write up on the company's Golf Tournament which was held at the Alderwood Golf Course (which closed in 1953 and was redeveloped to make way for the Portland Airport).

Includes information on the two instructors of interurban trainmen (Gus Bucholtz and H. R. Lowry), a short list of recent additions to the company library, women's activities at the company, details on the sales of preferred stock sold to the public, and many other tidbits, both serious and humorous, about the social and professional activities of company personnel.

This copy was mailed to PEPCo employee William Frank Hedin (1884-1936), who worked for the company for more than two decades as an electrical operator and dispatcher.