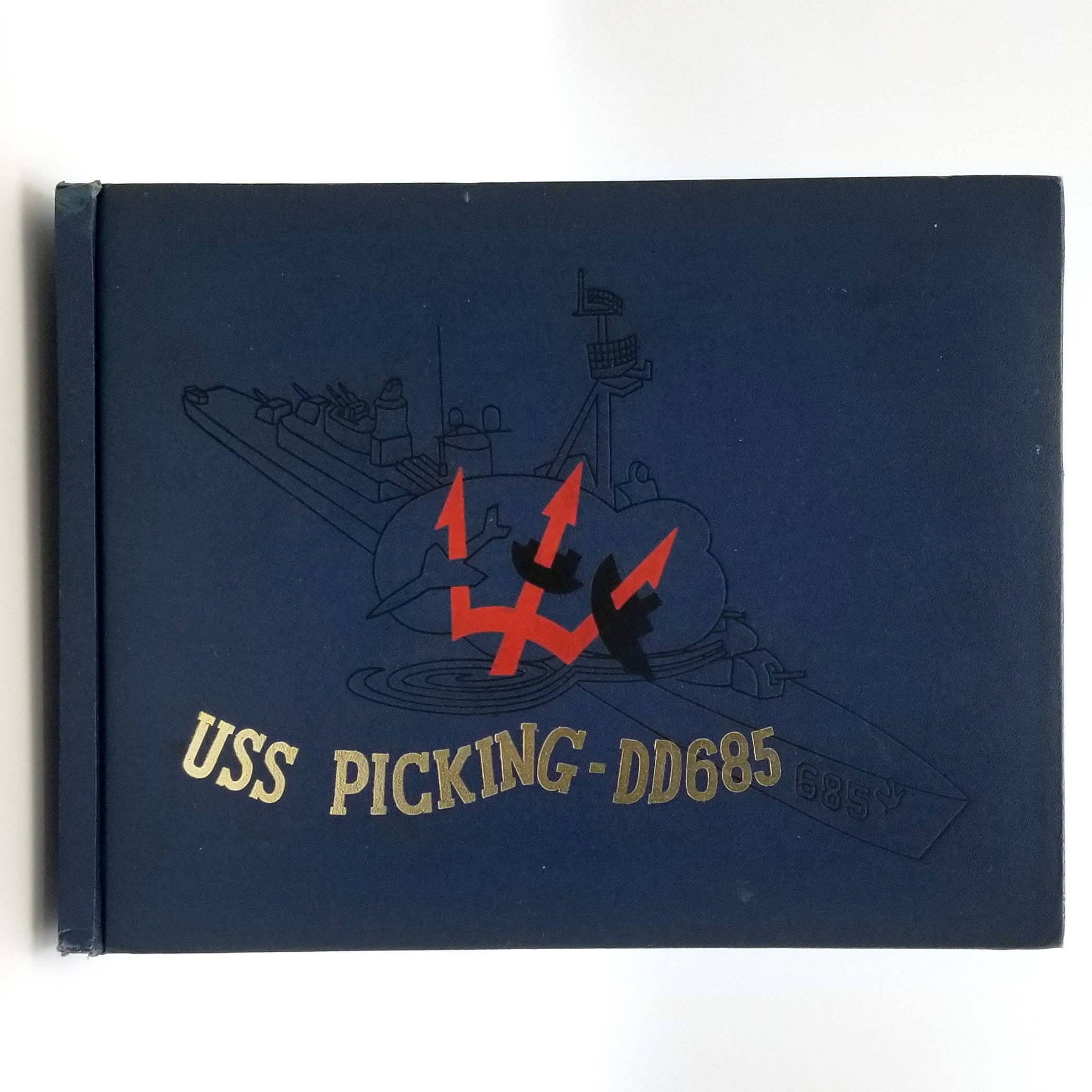 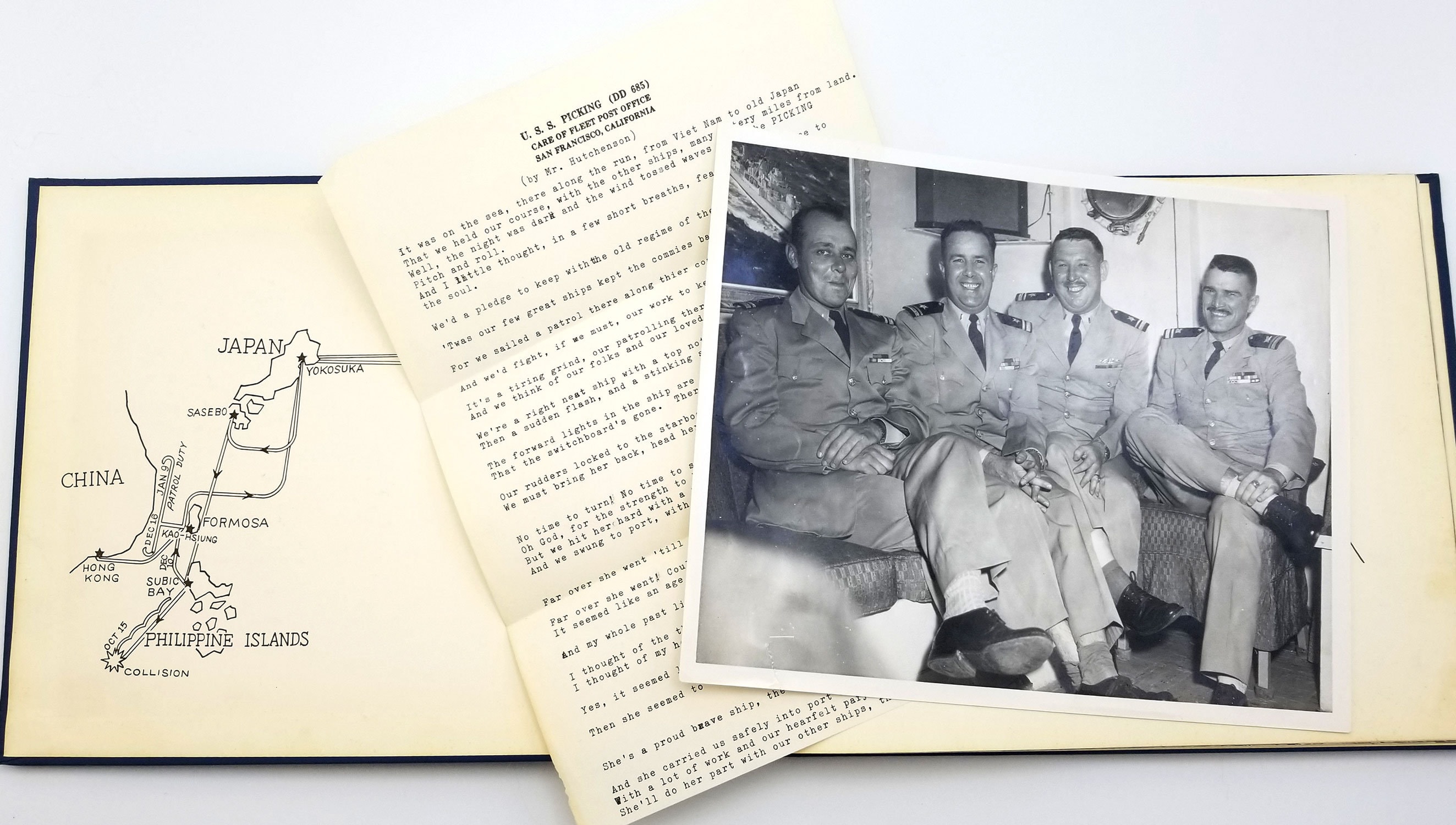 Cruise book for the USS Picking (DD-685) for operations between, basically, August 1961 and February 1962, recording her journey through Hawaii/Pearl Harbor, Typhoon Nancy near Japan (September 1961), Japan, and Formosa/Taiwan.

Laid in is a page-long poem on USS Picking letterhead that describes the event that occurred on October 15, 1961 in the South China Sea: the USS Picking, after losing electrical power and loss of steering control, crashed into the aircraft carrier USS Ticonderoga (CVA-14). The poem is accredited to "Mr. Hutchenson." Most likely, this was written by OI Division radarman W. S. [William Stuart?] Hutchison of Portland, Oregon.

Also laid in is a 8x10 b/w photograph of four USS Picking department heads and is dated 6 May 1960. Includes group photos for each of the nine divisions with name identifications (last name and either first or first and middle initials). There is also a ship roster at the terminus of the book that also provides the Navy rating and home town for each of the sailors.

The endpaper maps show the cruise route from Long Beach to Pearl Harbor, Midway, Yokosuka and Sasebo (Japan), Subic Bay (Philippines), the point of collision on October 15 in the South China Sea, a rough return to Subic Bay, KaoHsiung (Formosa), Hong Kong, and patrols in the Formosa Strait in December and January.