Adventures in Politics: We Go to the Legislature SIGNED in Dust Jacket 1954 - Oregon - Senator - Legislature 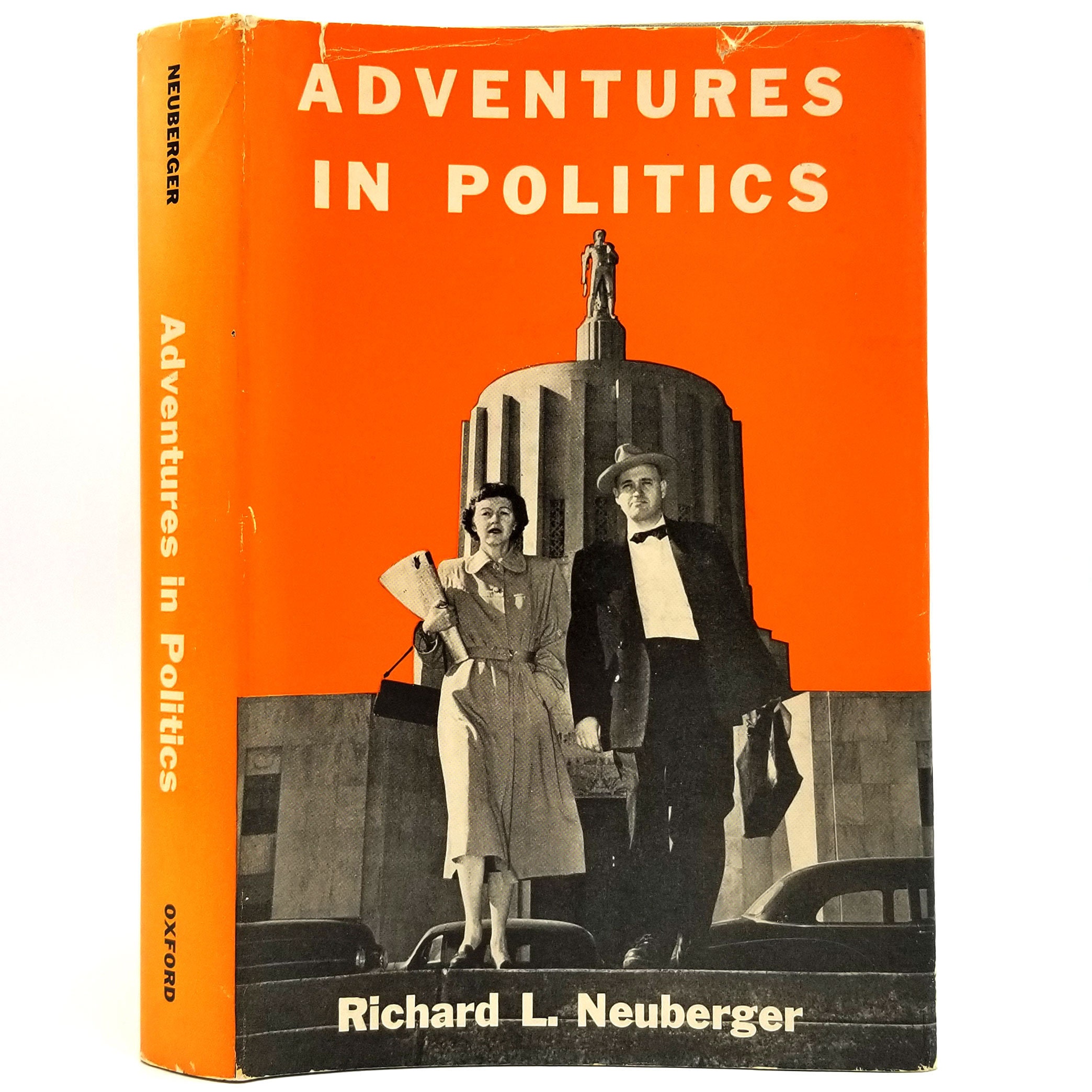 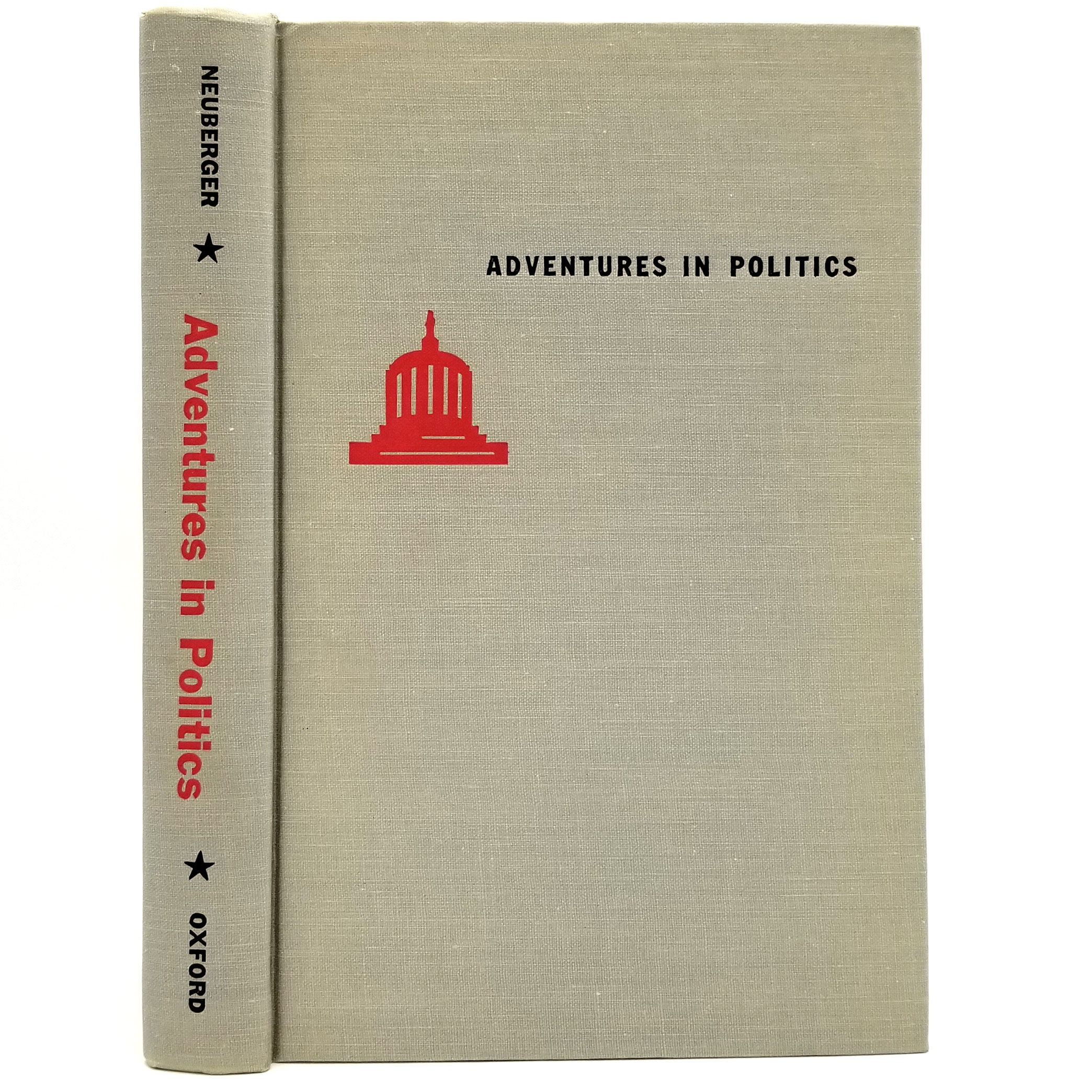 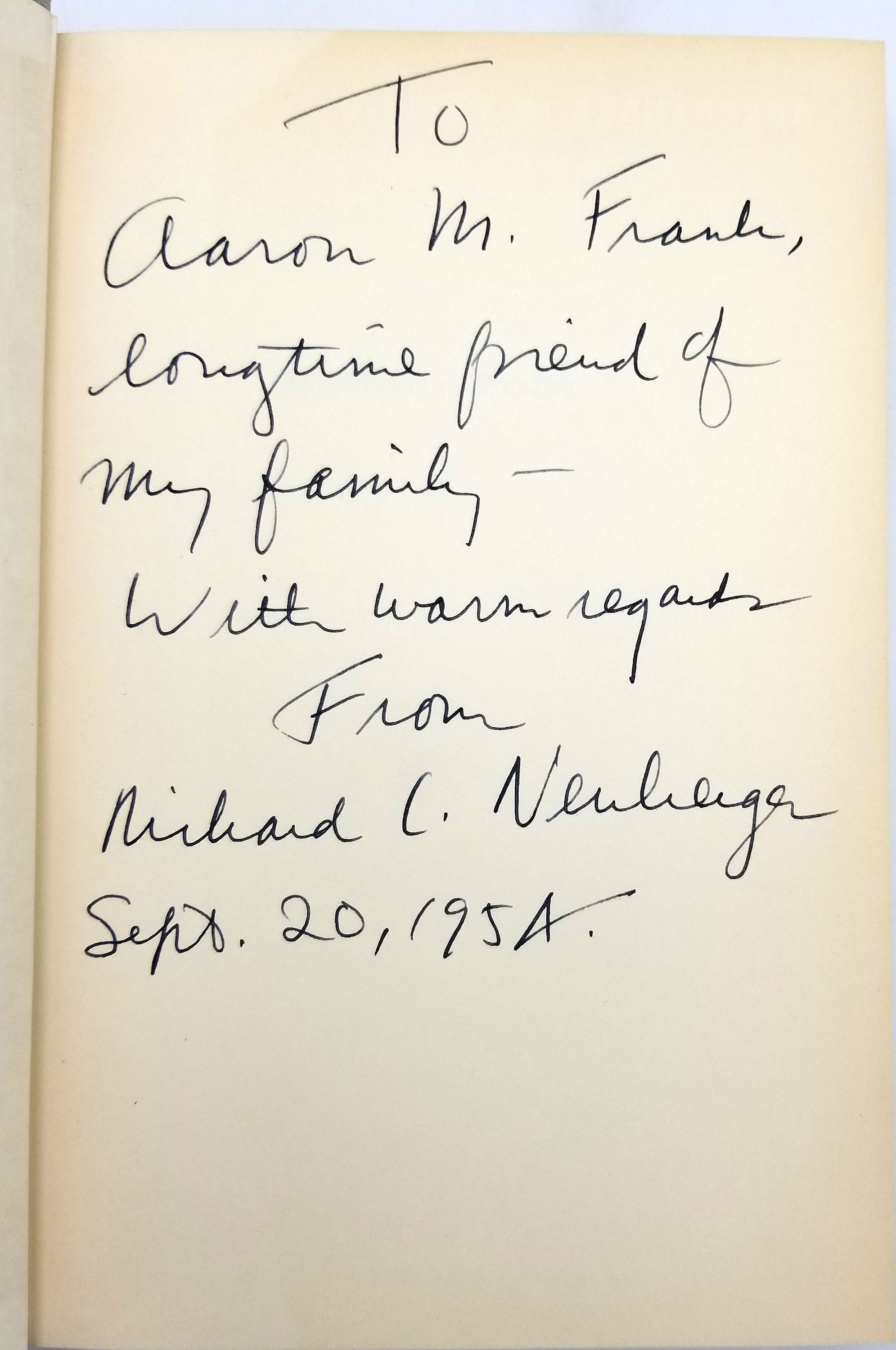 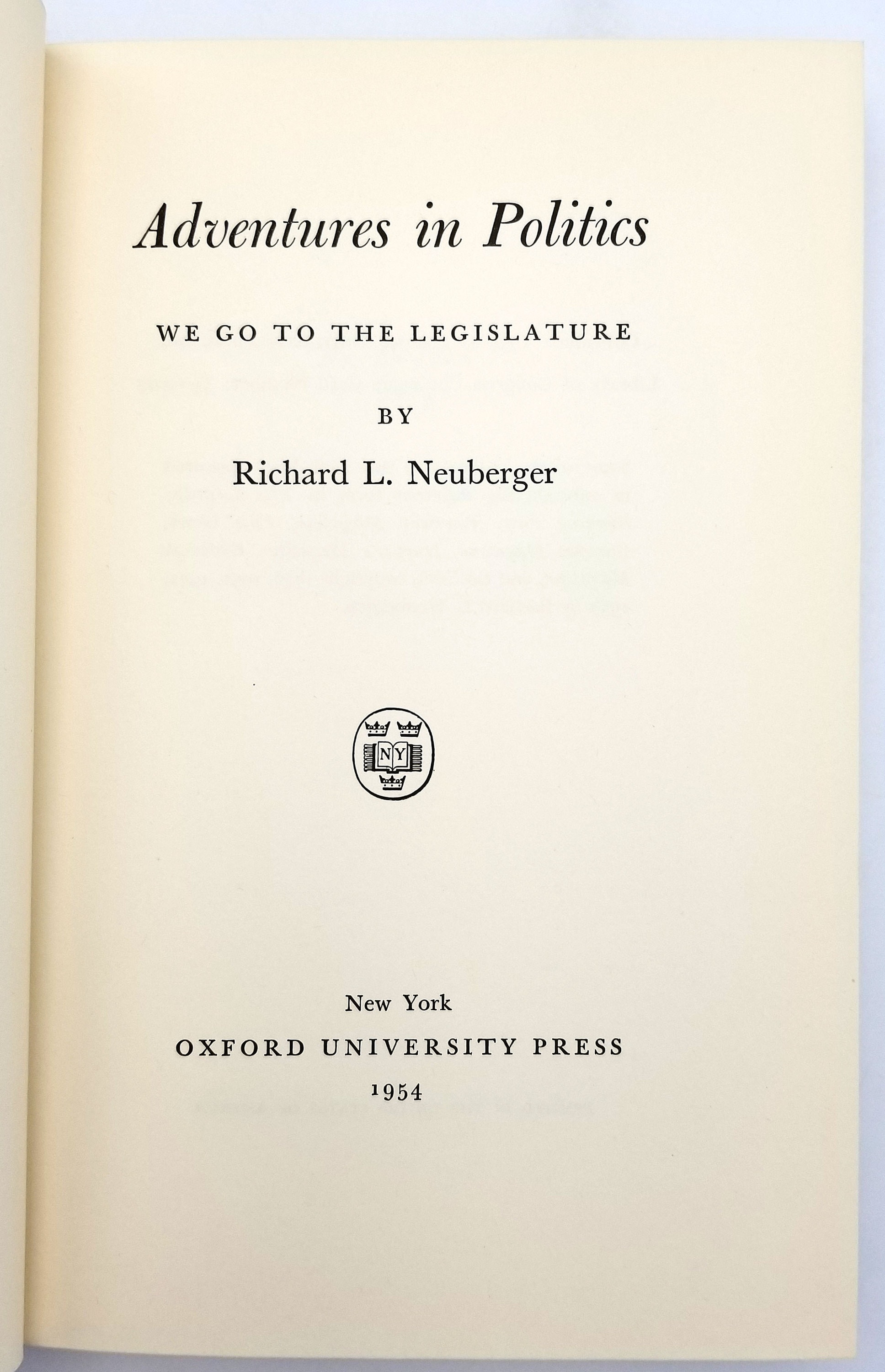 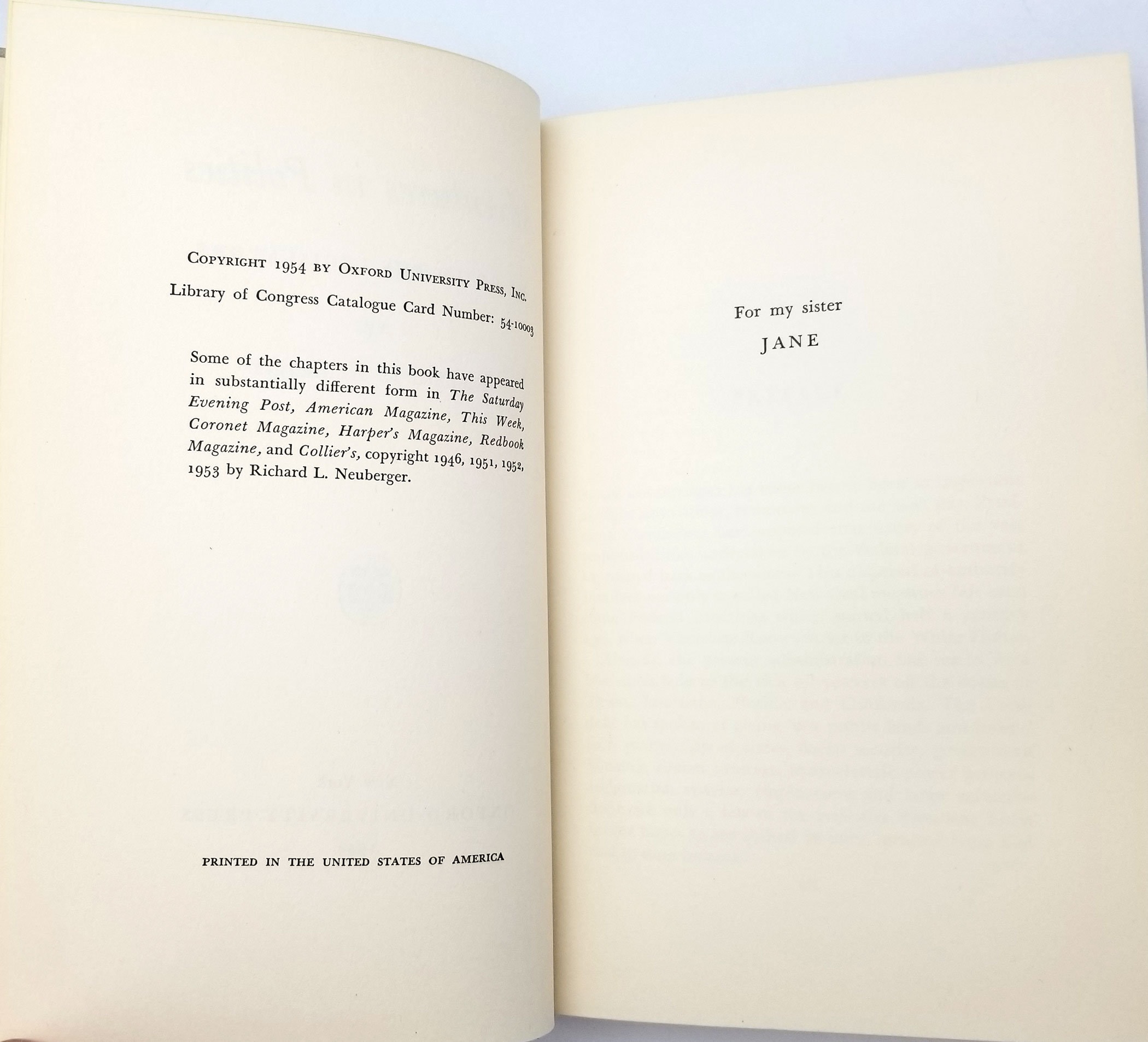 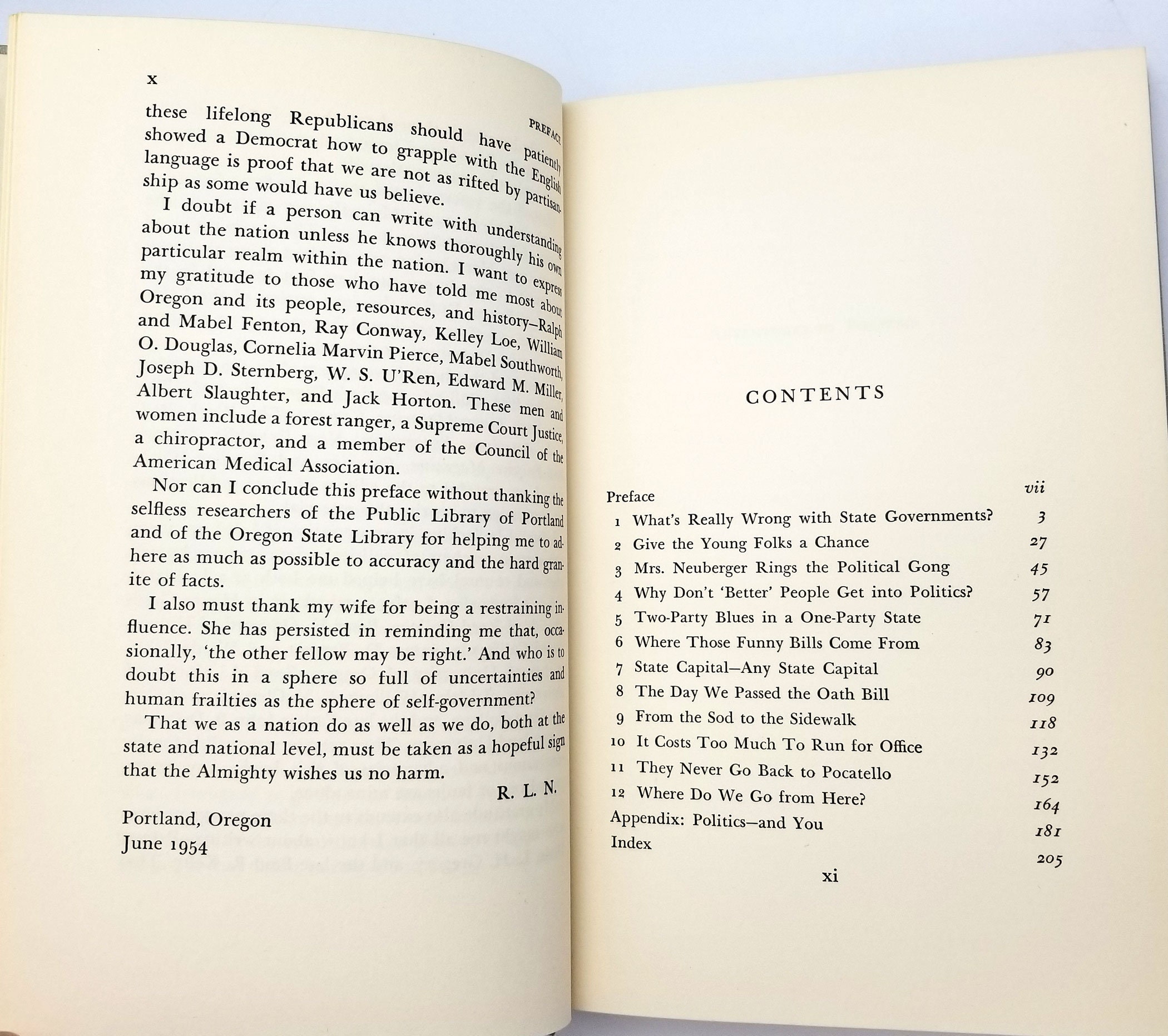 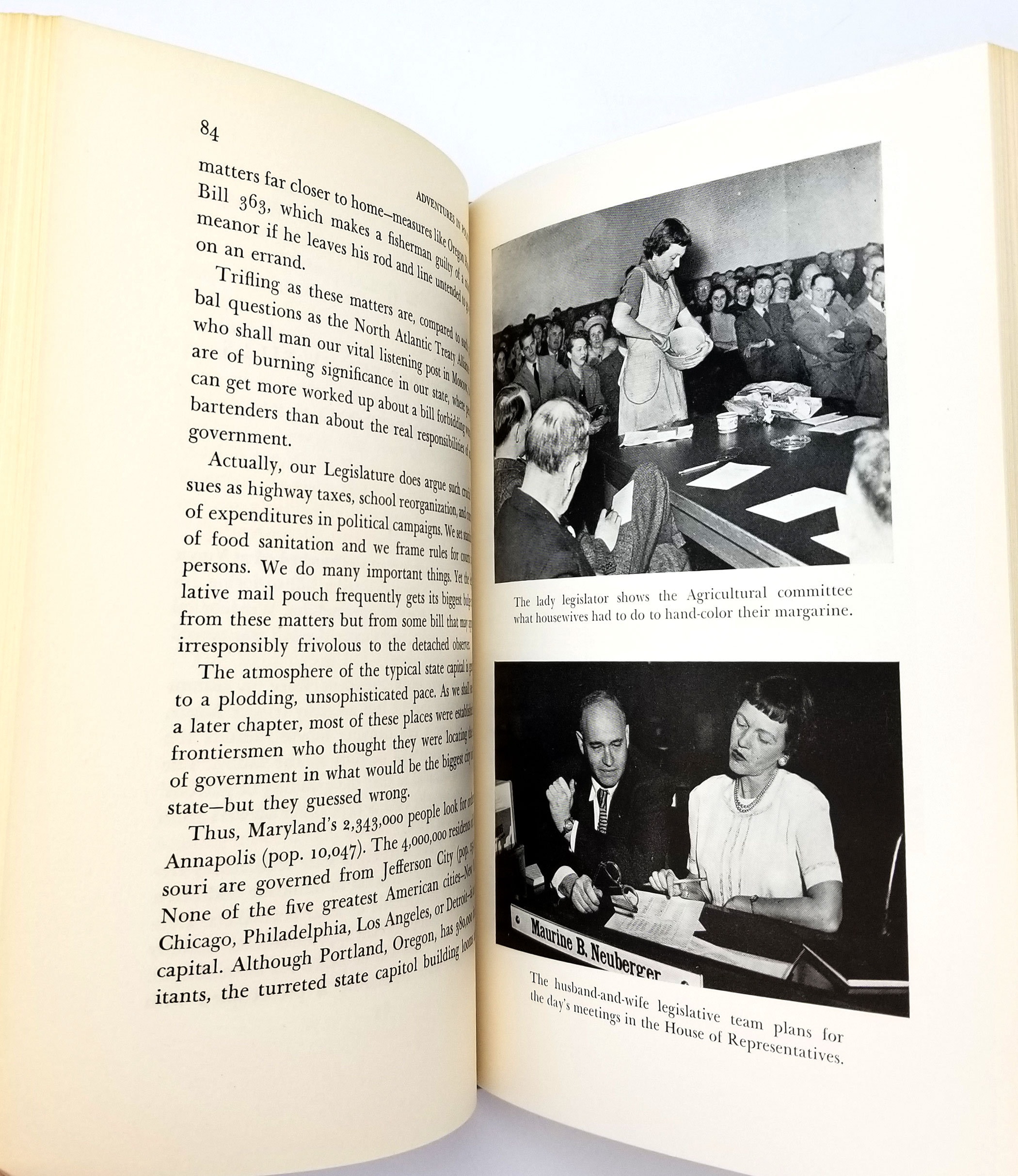 Title: Adventures in Politics: We Go to the Legislature

Description: Inscribed by Neuberger to Aaron M. Frank "longtime friend of my family" on ffep, about a month before Neuberger was elected to the U.S. Senate. Gray cloth boards stamped in red and black. Pages clean and crisp. Dust jacket has a couple short closed tears to the top edge of the front panel; front flap clipped, but still showing the publisher's price ($3.50). DJ in clear archival sleeve. Index. xi, 210 pp. 8.25 x 5.5 inches.

Adventure in Politics is Neuberger's personal story as well as his forceful analysis of what's wrong with our states, politically and governmentally. President Eisenhower had proposed that many of the vast responsibilities undertaken by the Federal government be turned back to the states. Neuberger staunchly opposed this, and presents his case.

He also writes about his wife, Maurine Neuberger, who was then serving as a Representative in the Oregon state legislature (and who later, following the death of Richard, became the fourth woman to be elected to the United States Senate, where she served between 1960 and 1967).

Inscribed by Richard Neuberger to Aaron M. [Meier] Frank (1891-1968), the head of the Meier & Frank department store in Portland for more than three decades. Aaron was promoted to general manager in 1930 when his uncle Julius Meier became Oregon's governor, and when Julius died in 1937 he became the company's president, a post he held until 1964. Under his watch Meier & Frank expanded with additional locations at Salem and Lloyd Center.