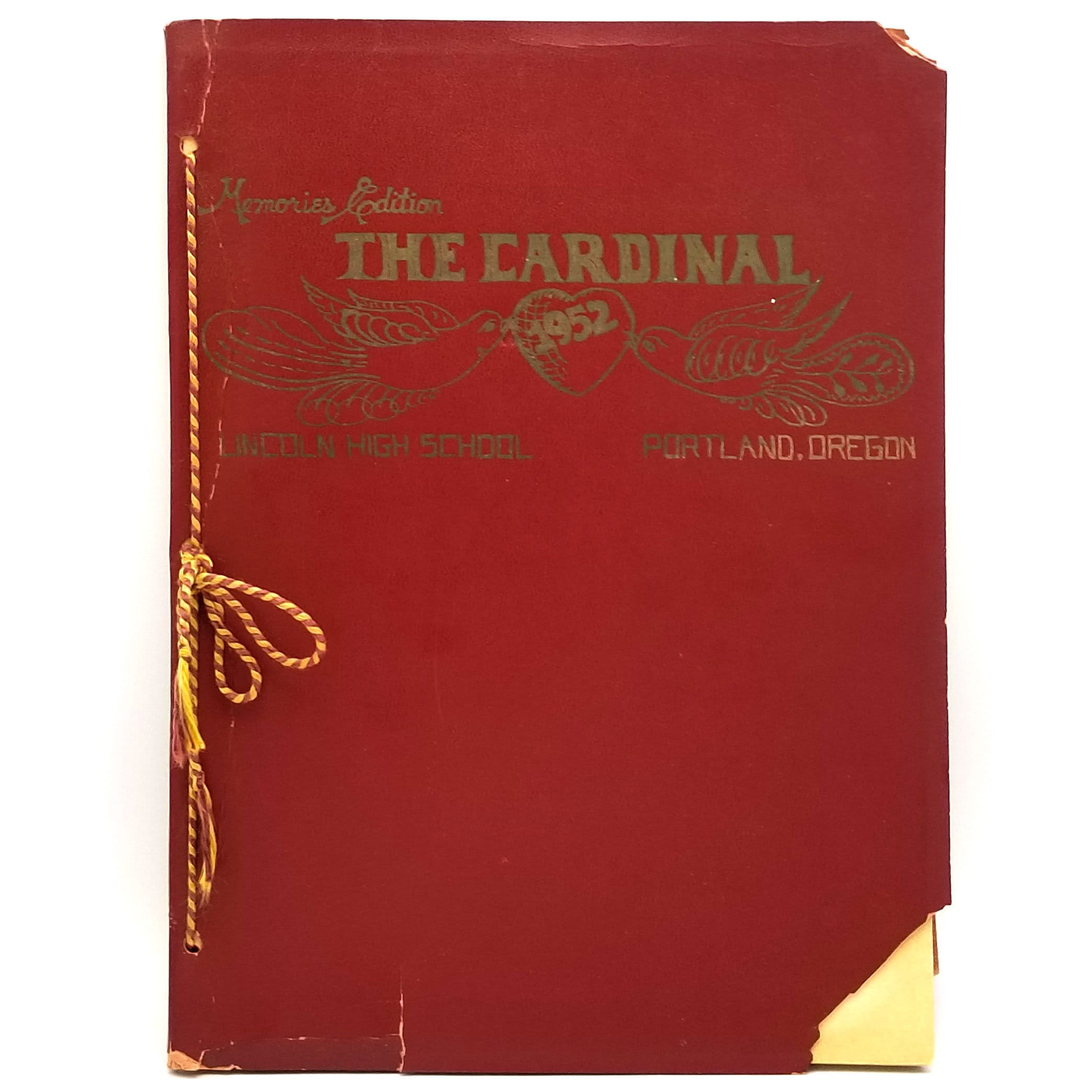 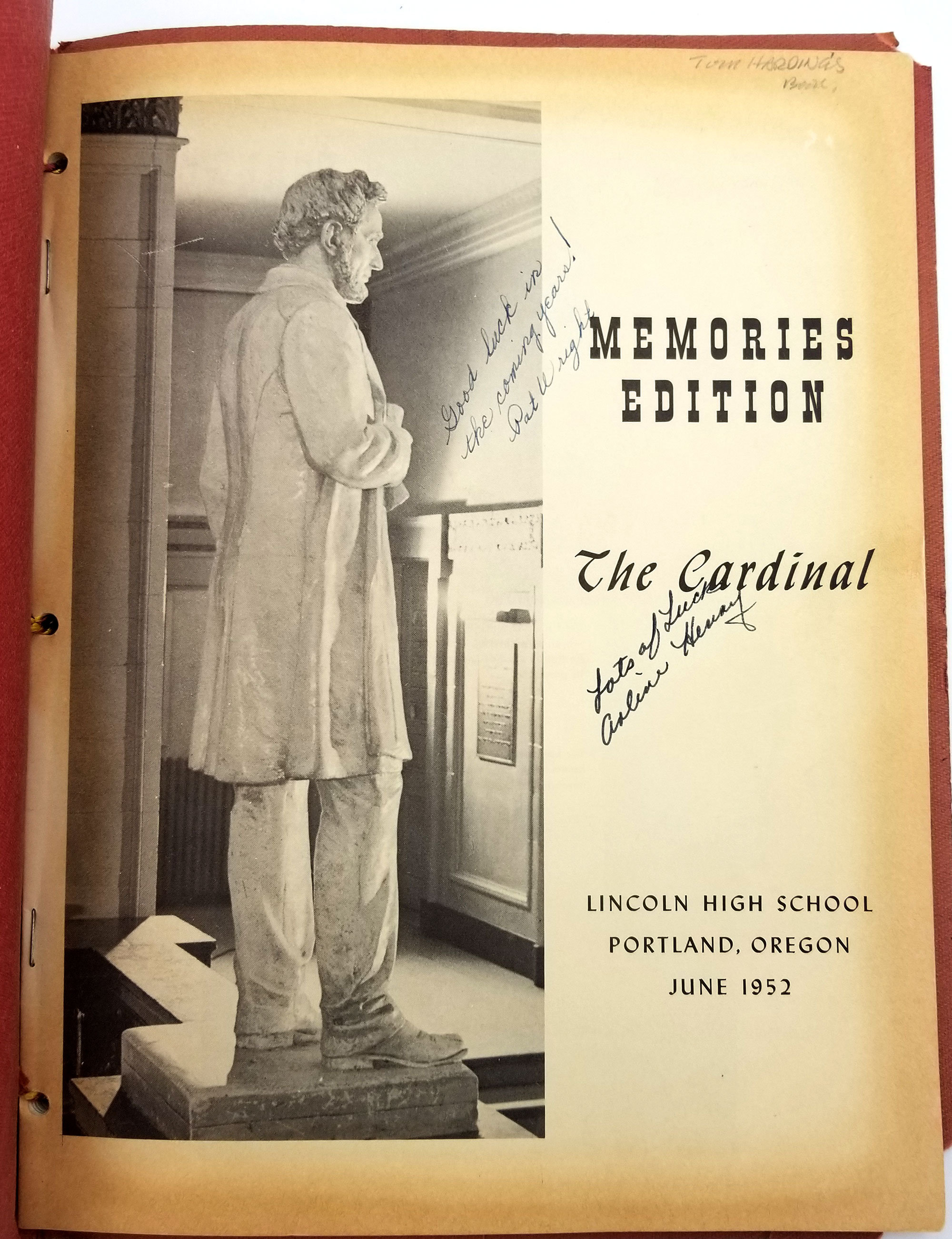 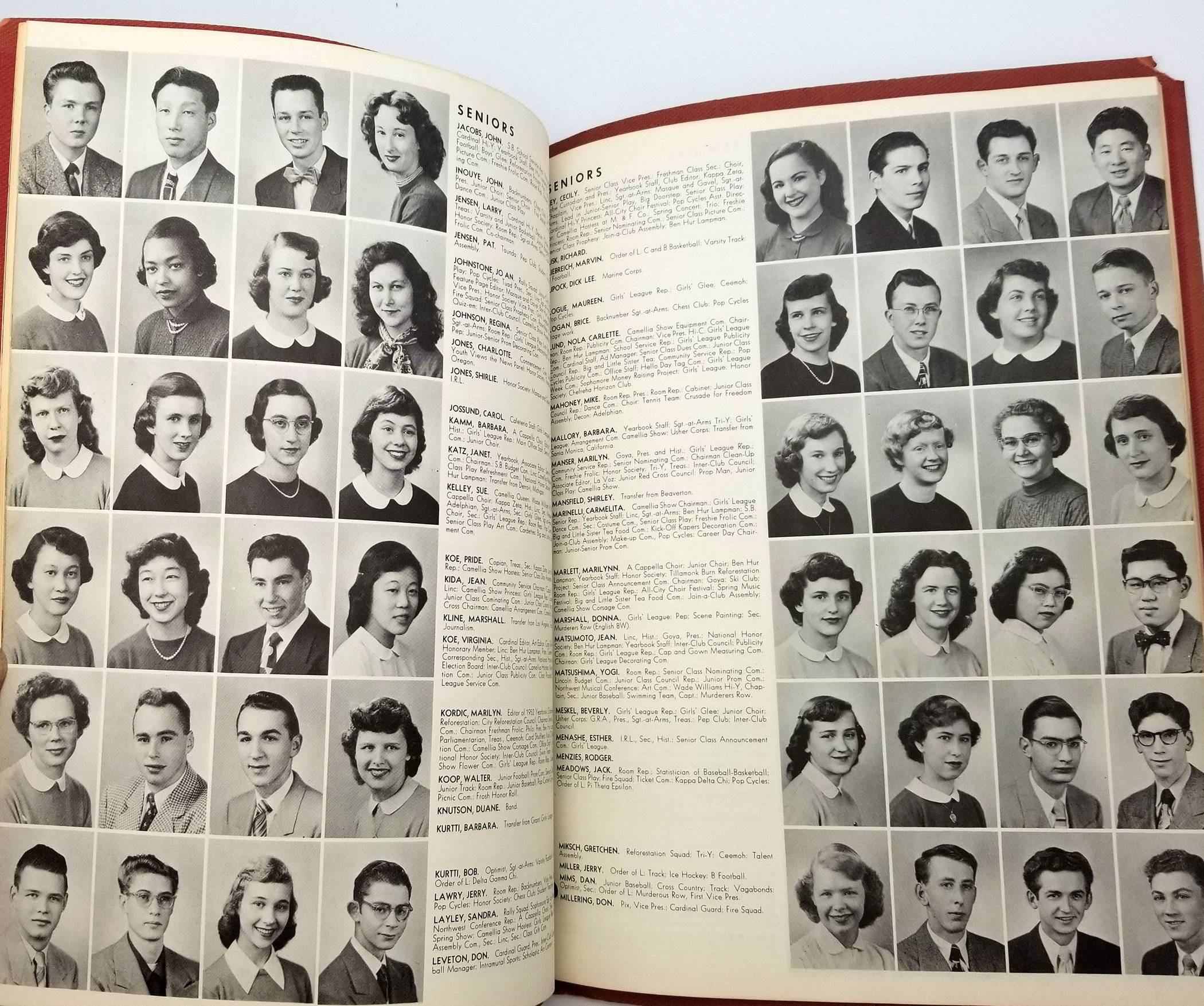 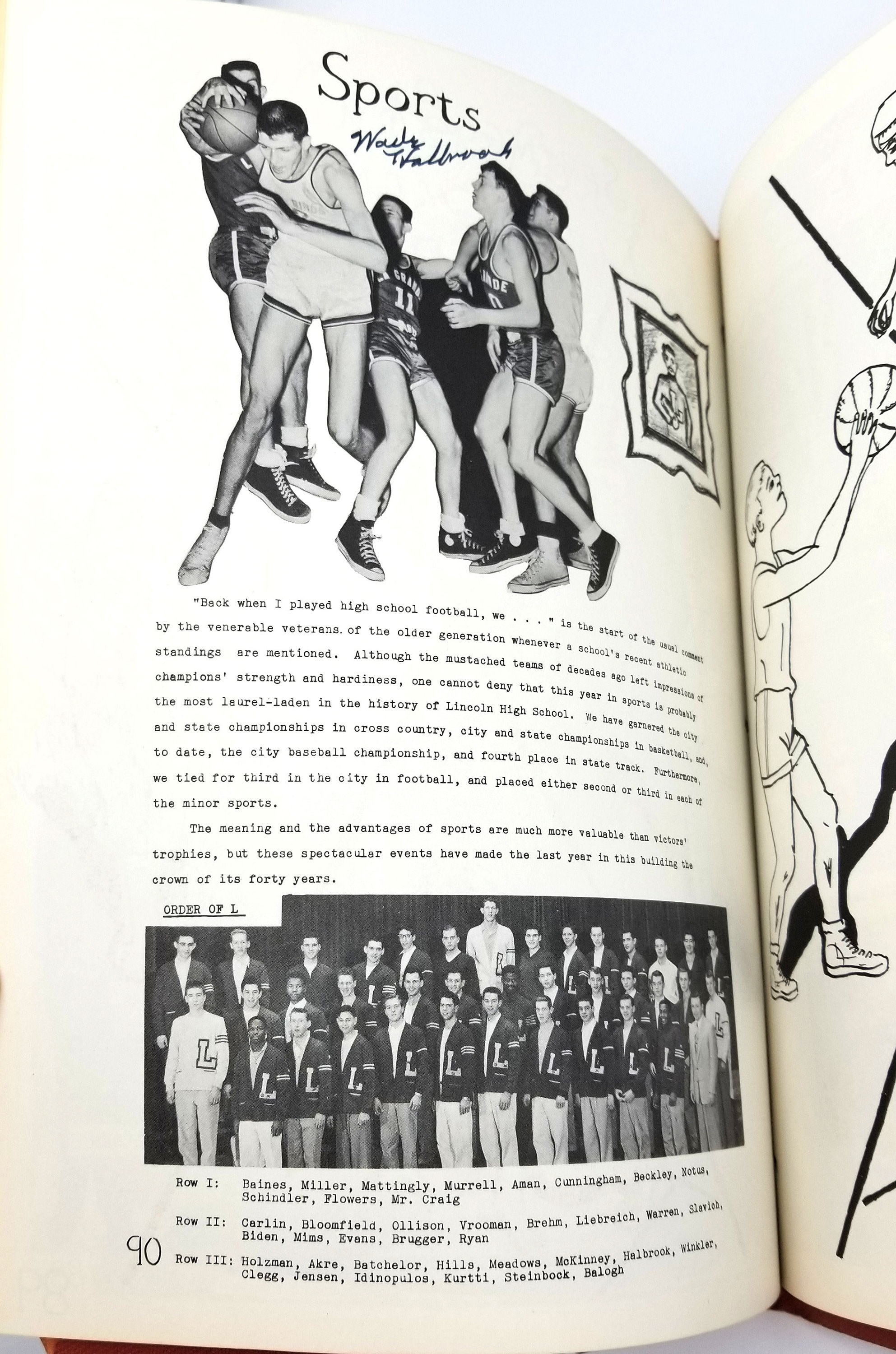 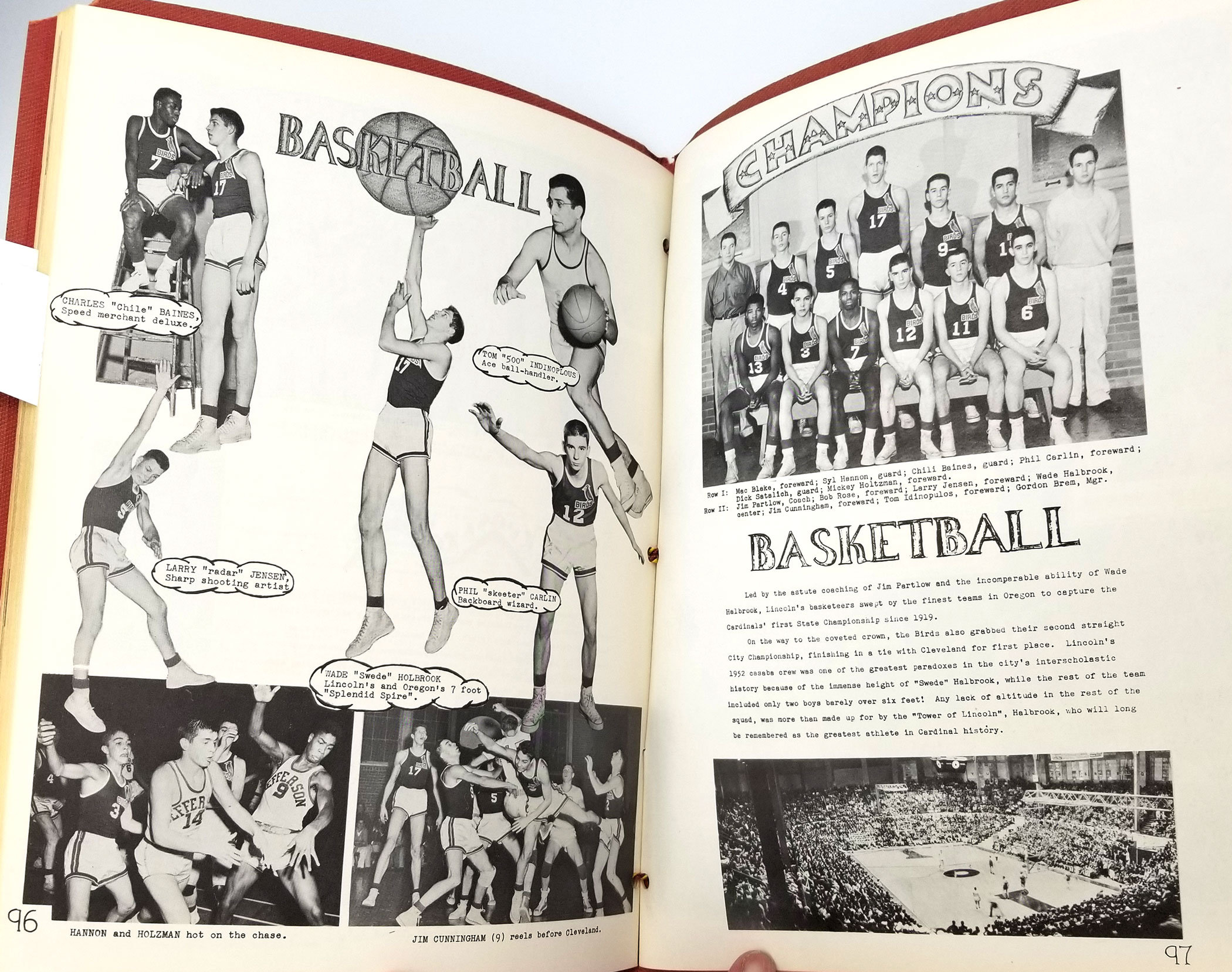 The opening sports page is signed by Halbrook and the basketball pages feature many photos featuring him (he is also featured on the track team in a group photo and individual photo of him doing the high-jump). Harvey Wade "Swede" Halbrook led the Cardinals to a state championship in 1952. He went on to play for Oregon State University, was five season with the Wichita Vickers (AAU), and two seasons in the NBA with the Syracuse Nationals (1960-61, 1961-62). In the 1961 playoffs he led the Nationals to a 3-0 sweep over Wilt Chamberlain and the Philadelphia Warriors, but fell to Bill Russell and the champion Boston Celtics. At 7 foot, 3 inches tall, he was the tallest player to have played in the NBA up until the 1982 draft.

Yearbook includes portraits for senior and junior classes with full names. The sophomore and freshman classes also have individual portraits, but are identified by last name and first initial. Also includes many photos of social clubs, sports teams, and various social events, with virtually all photographs identified with names.