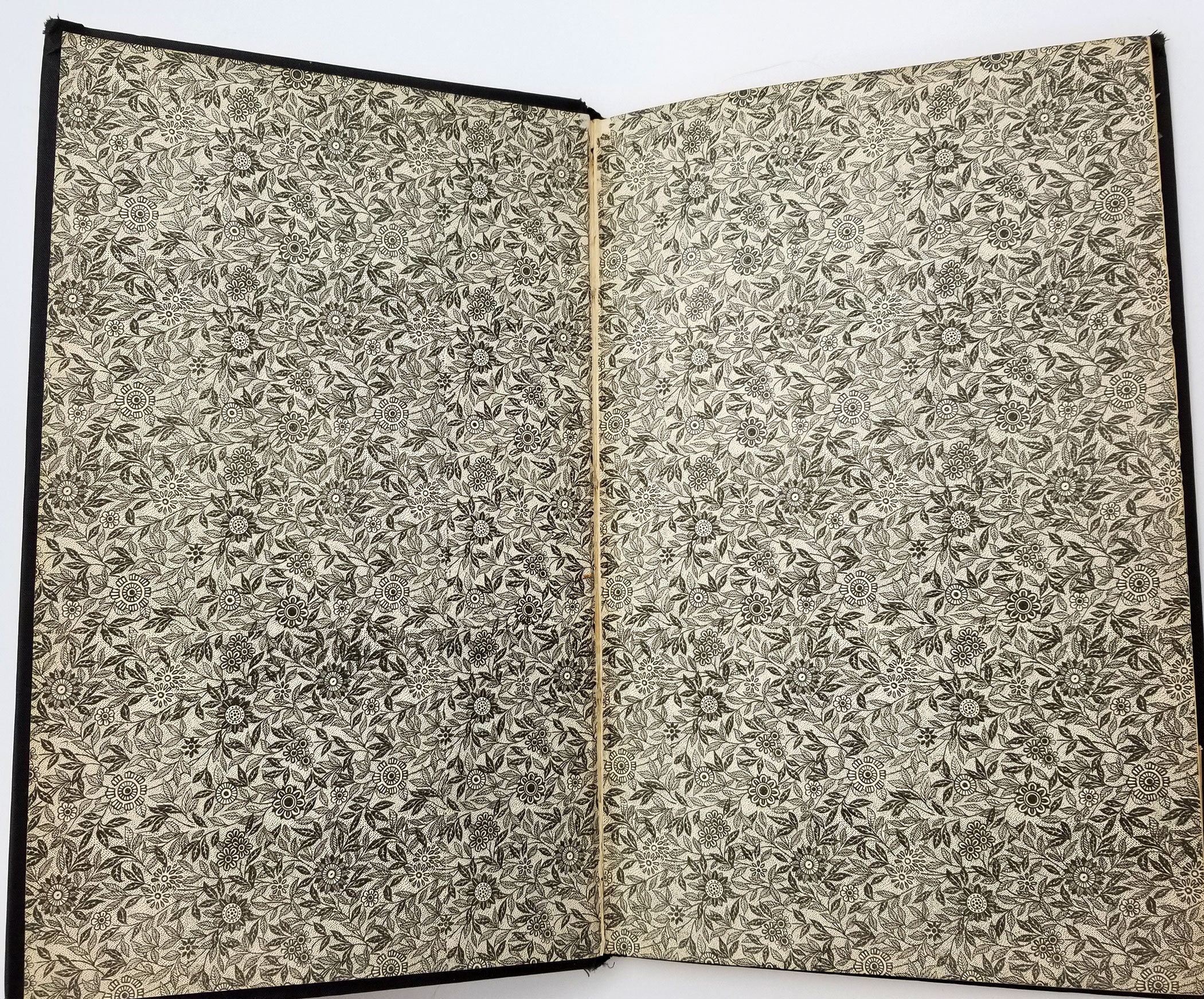 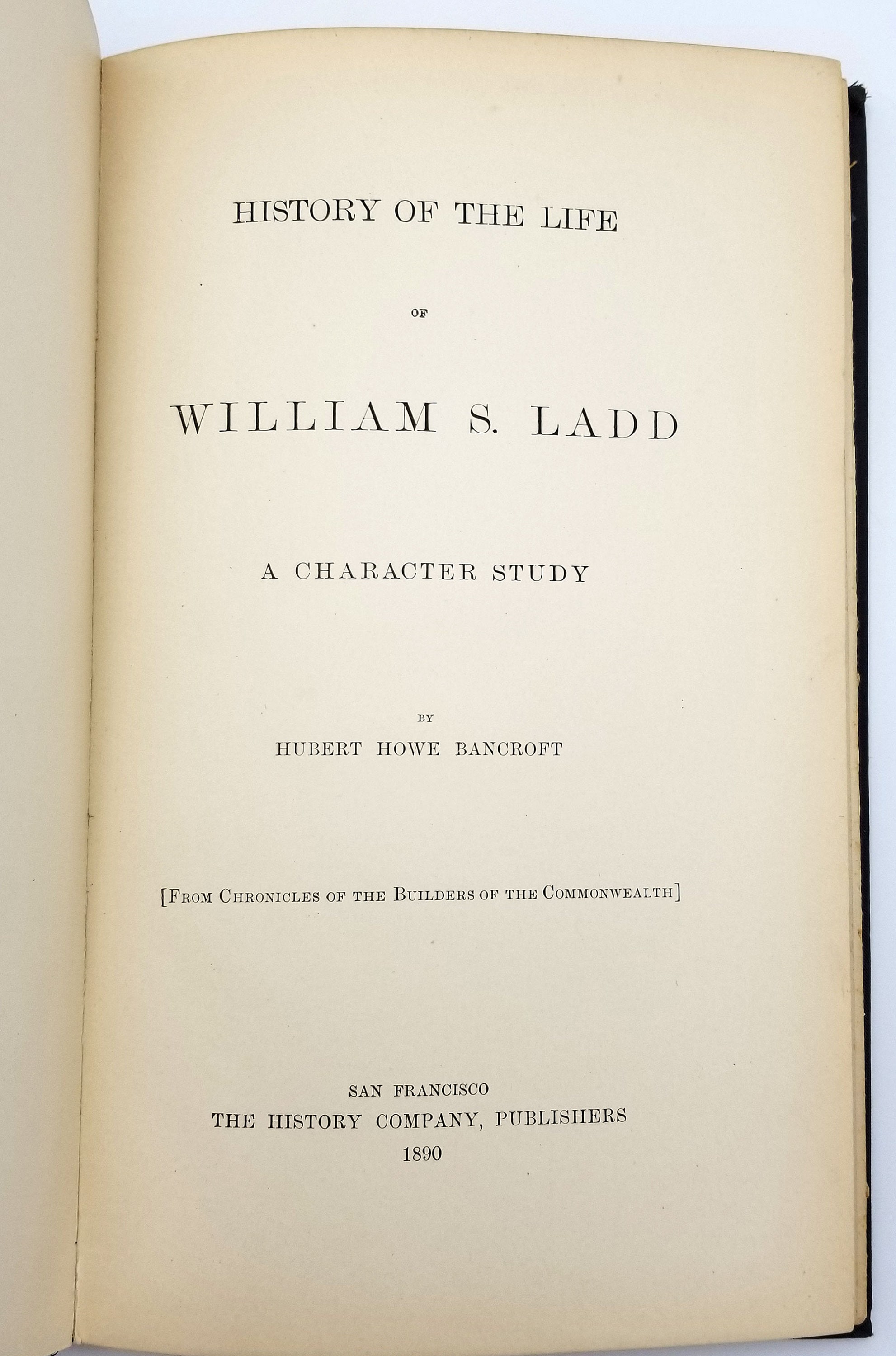 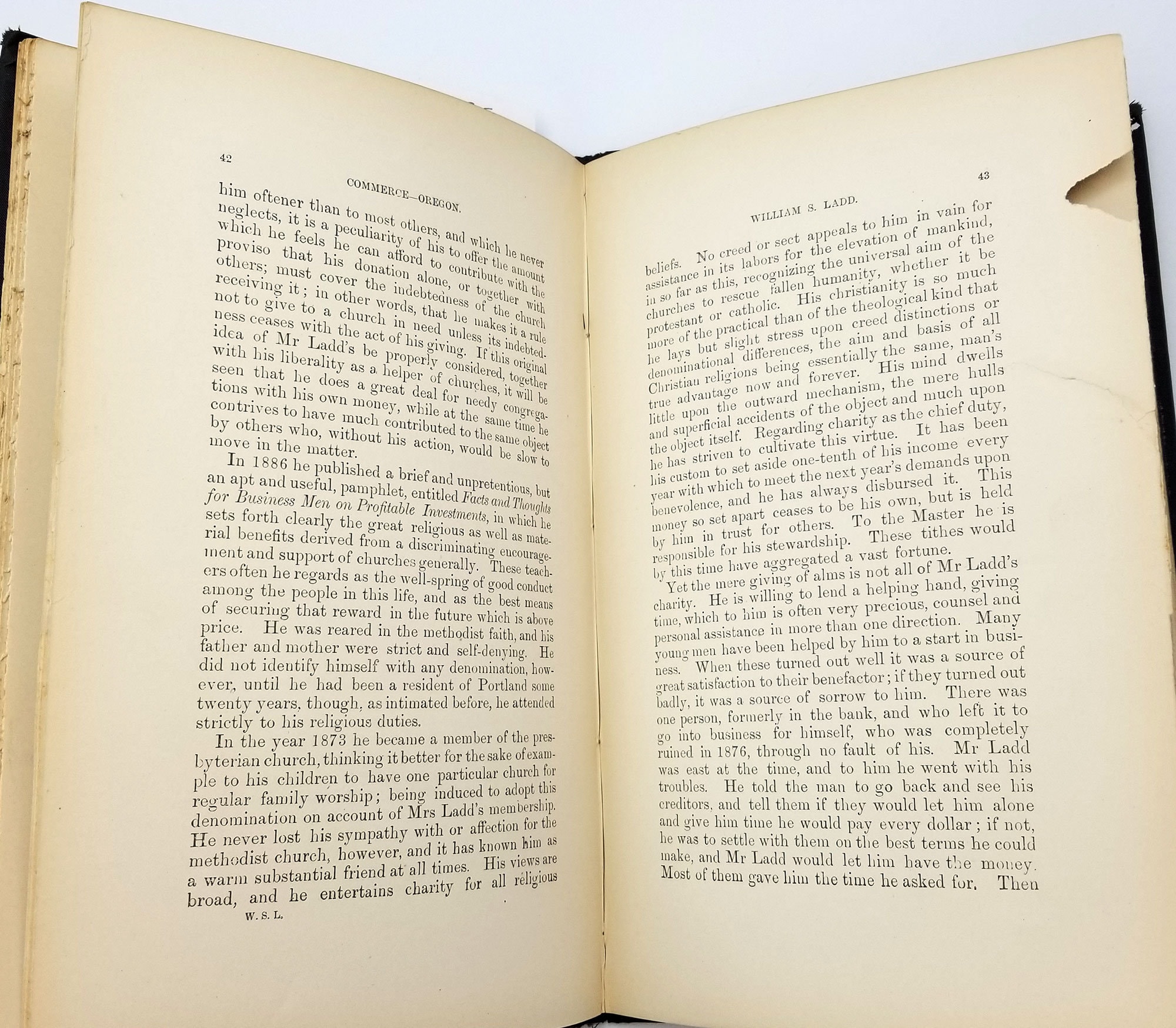 Title: History of the Life of William S. Ladd: A Character Study [From Chronicles of the Builders of the Commonwealth]

Description: (Excerpted from Bancroft's Chronicles of the Builders of the Commonwealth, Vol. I.) Black cloth boards with beveled edges; gilt lettered and ruled front board. Gilt top edge. Scuffing and light soiling to boards; head and spine worn; corners show some light fraying with one fore-corner tip exposed. Floral endpapers. Some minor foxing to pages. One page has a small fore-edge chip. Two plates of engraved portraits with tissue guards (one tissue shows some loss). 60 pp. 9.5 x 6.25 inches. Eight copies noted on OCLC.

William Sargent Ladd (1826-1893) was a prominent figure in the early development of Portland, Oregon. A Vermont native, he arrived in the Oregon Territory in 1851. He served two terms as Portland's mayor in the 1850's and in 1859 he co-founded Oregon's first bank. Ladd was a significant investor in many notable companies and played a major role in establishing Portland's publicly funded schools, The Oregonian newspaper, and the public library. In 1891 he platted Ladd's Addition, one of the city's most distinctive neighborhoods.