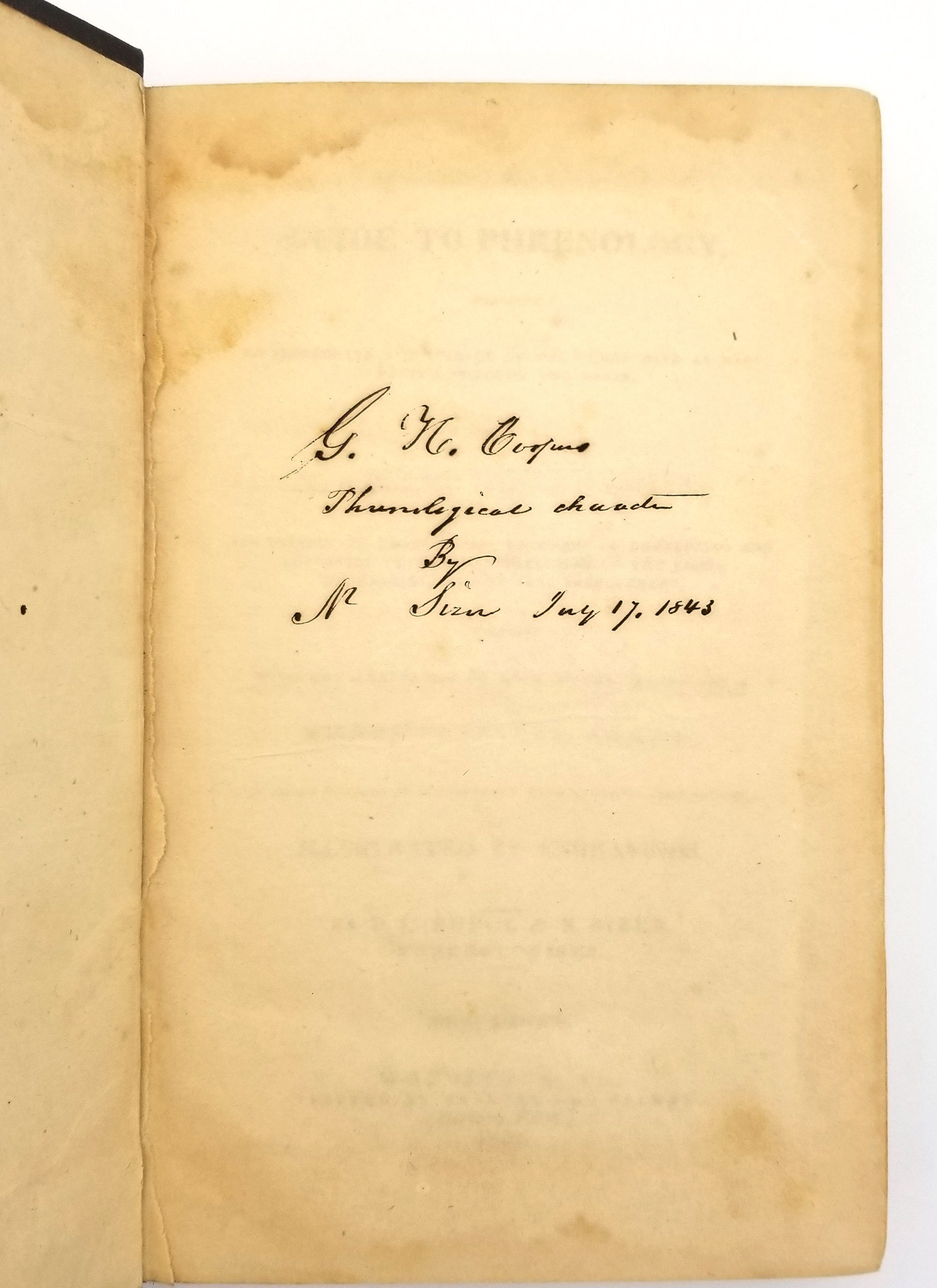 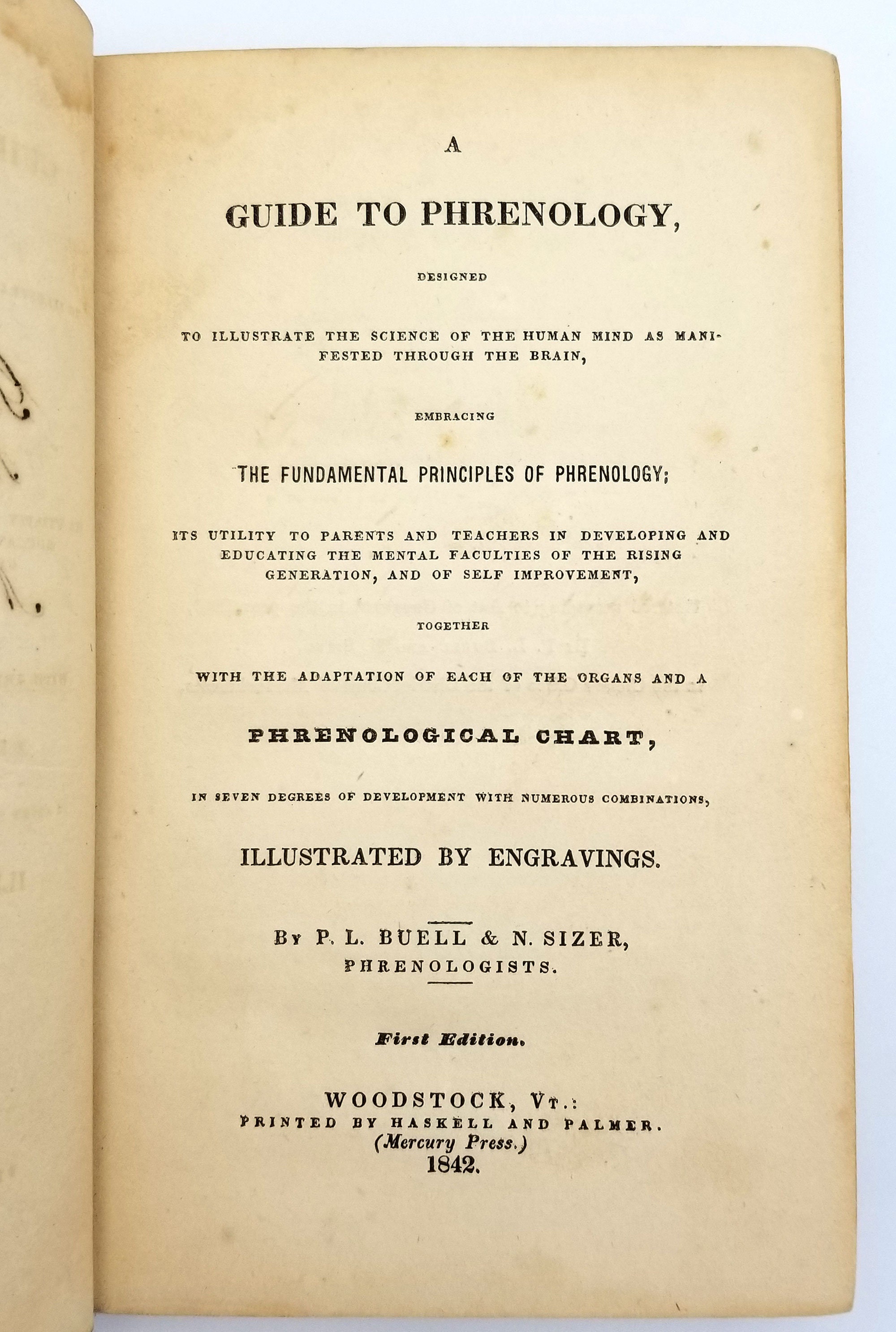 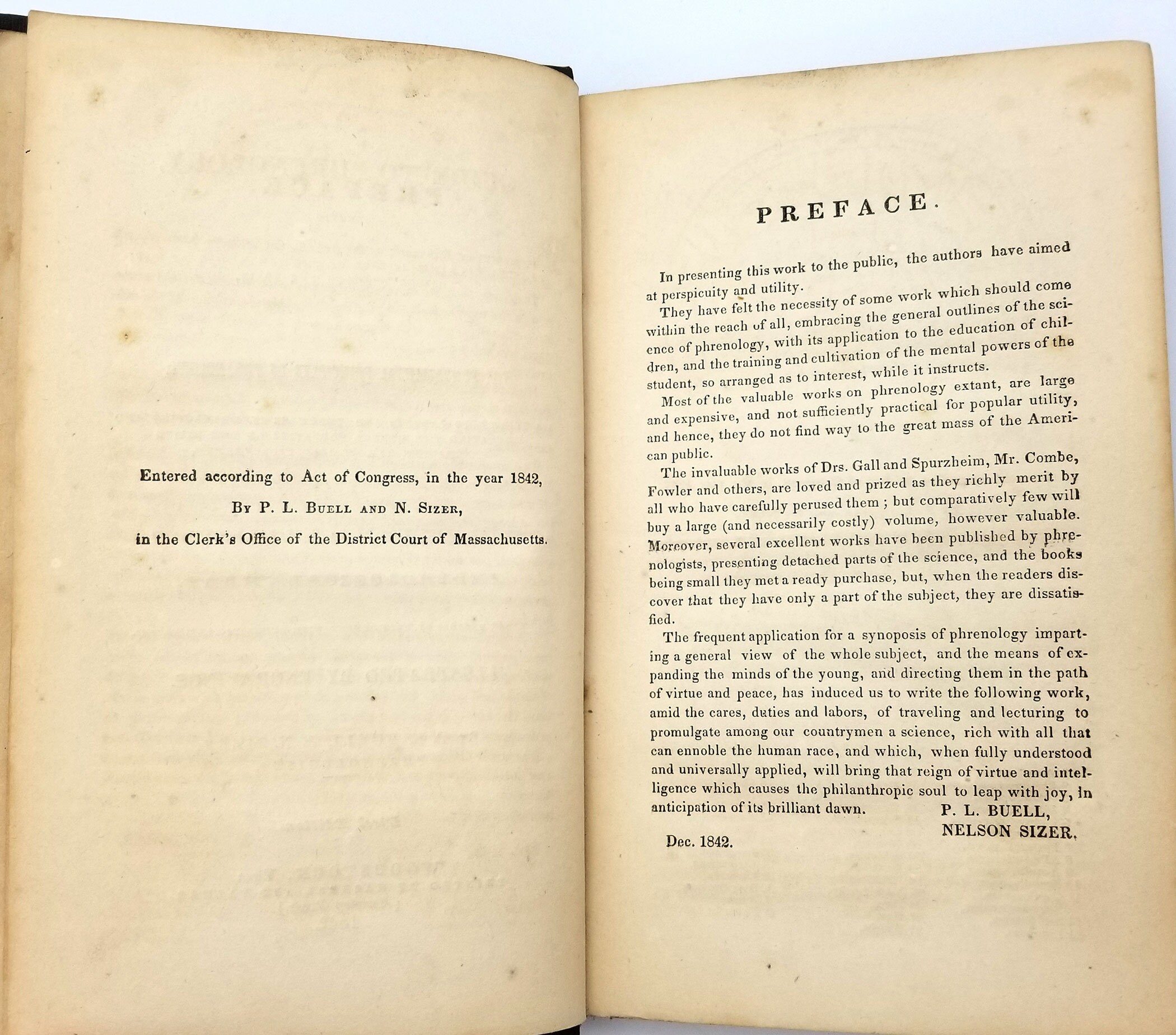 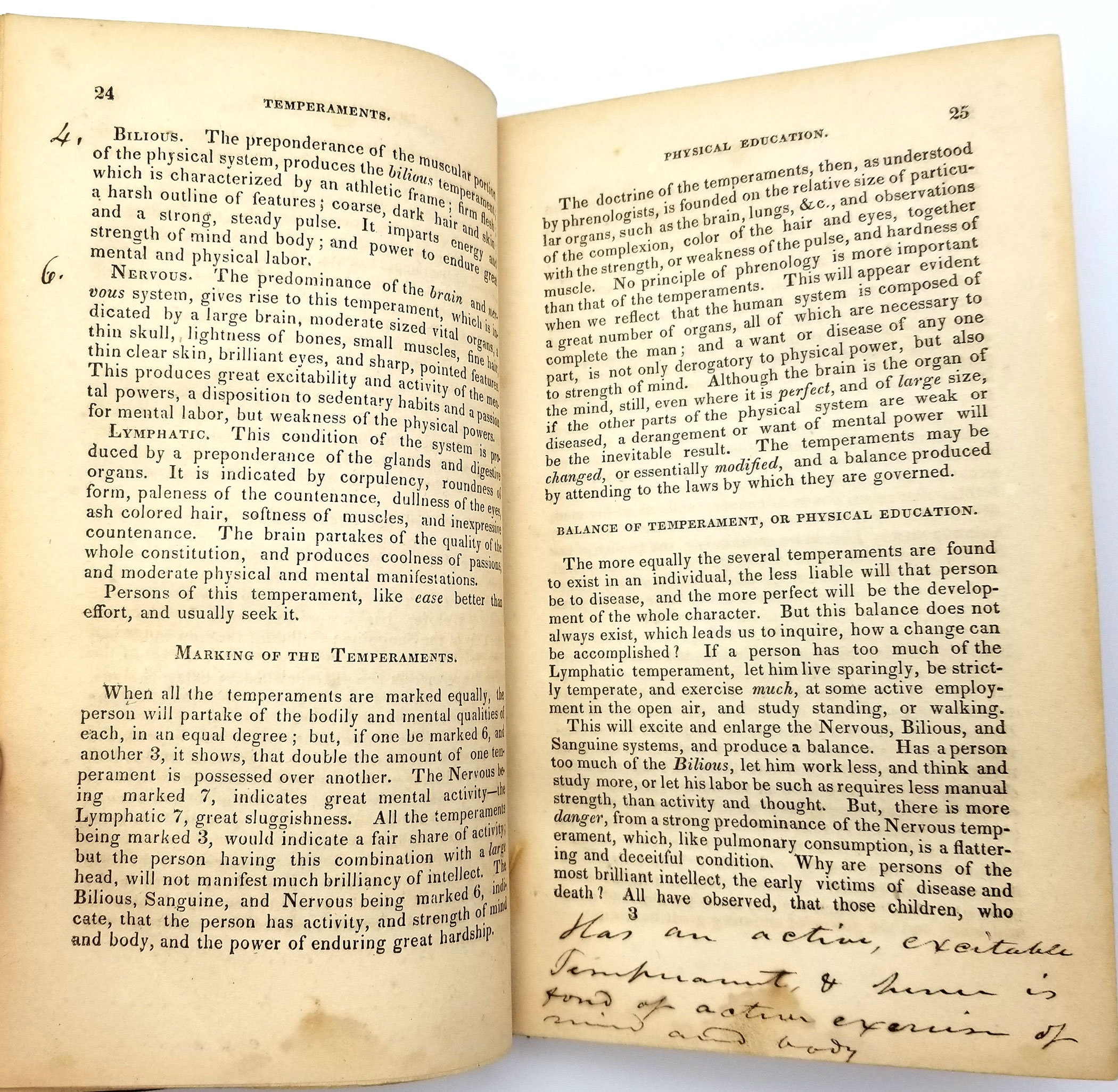 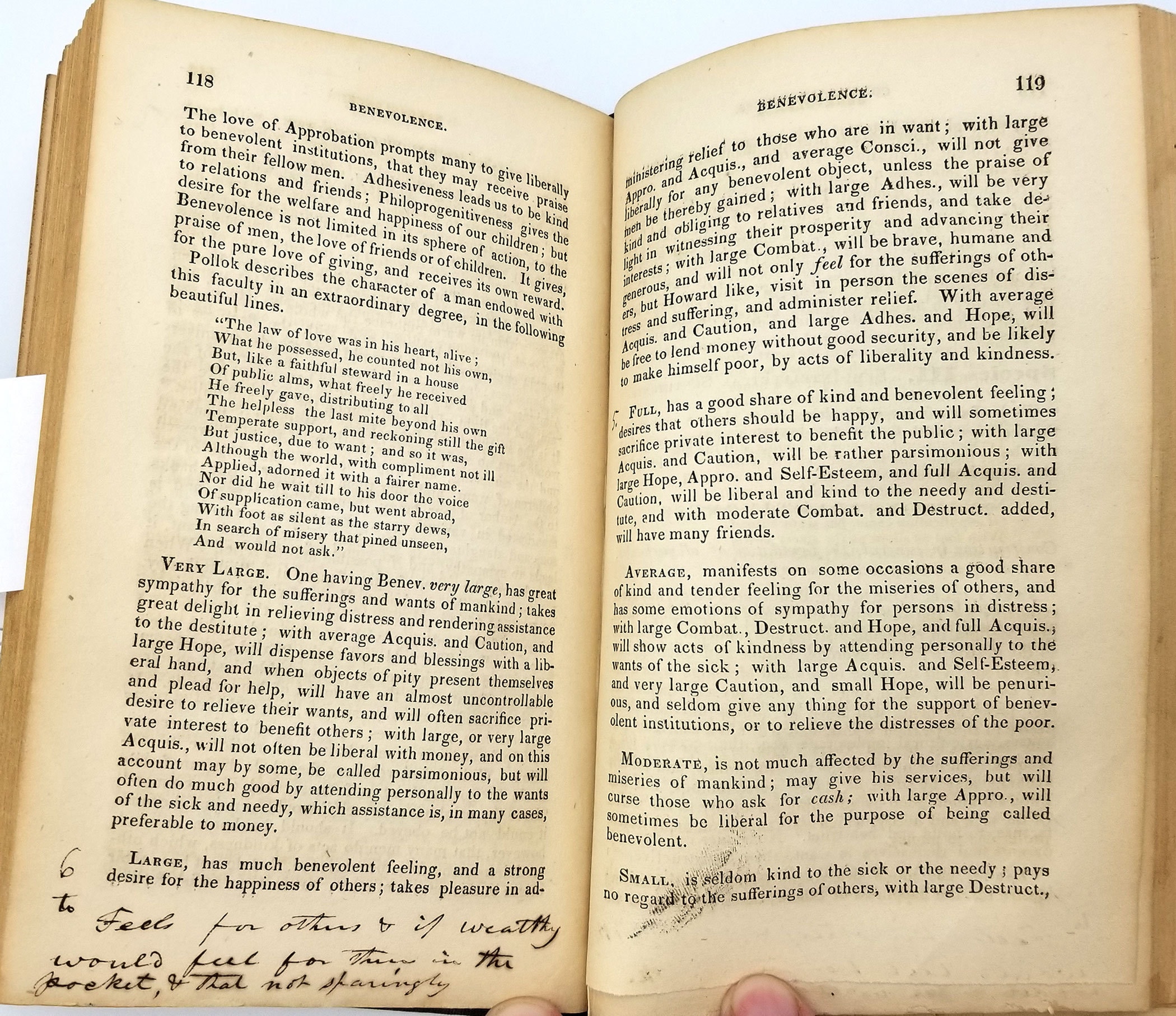 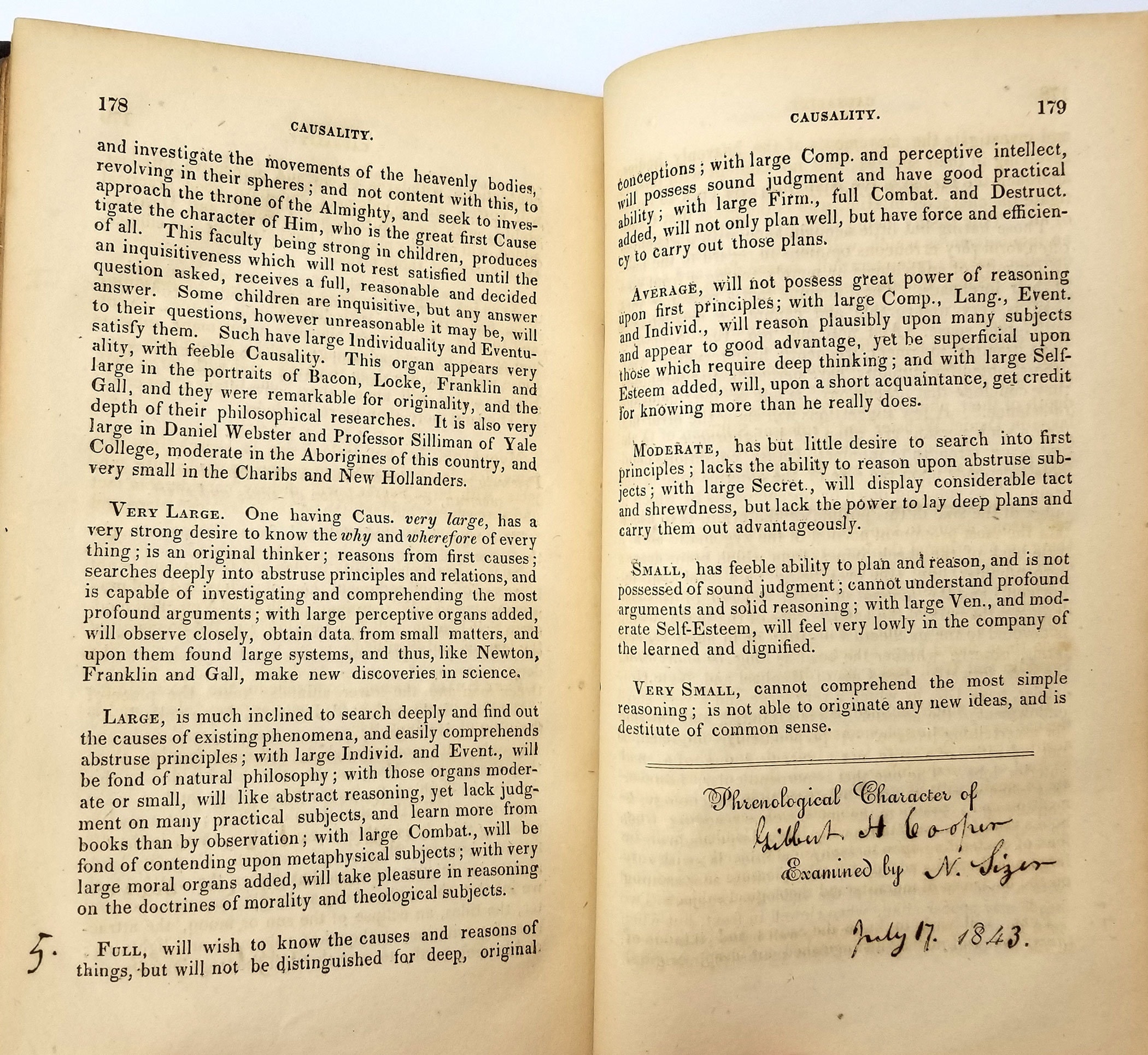 Title: Guide to Phrenology, designed to illustrate the science of the human mind as manifested through the brain, embracing the fundamental principles of phrenology; its utility to parents and teachers in developing and educating the mental faculties of the rising generation, and of self improvement, together with the adaptation of each of the organs and a phrenological chart, in seven degrees of development with numerous combinations

Inscribed throughout, very likely by Nelson Sizer, for a phrenological character examination performed on July 17, 1843 on a Gilbert H. Cooper. Notes are made at the bottom of three pages, numbers are inscribed in the margin on several pages, and near the conclusion there is a filled in form identifying the person examined, the examiner, and date of examination.

Nelson Sizer (1812-1897) was a well known phrenologist and author of multiple books on the subject. His early interest in phrenology was inspired when he met the German doctor Johann Spurzheim in 1832. He began his practice in 1839 and in 1849 became the resident examiner at Fowler & Wells' Phrenological Cabinet in New York. Between 1859 and 1863 he served as the editor of The Phrenological Journal and in 1866 he co-founded the American Institute of Phrenology, where he served as its first vice president and later as president.

Phineas Lyman Buell (1809-1893; last name changed from Tinker to Buell in 1838), was an educator who became interested in phrenology after hearing Samuel Kirkham lecture on the subject in 1837. After absorbing the work of Dr. Spurzheim, he traveled and lectured on phrenology throughout the northeastern United Stated in the late 1830s and early 1840s.