Antique Fiction: Personality Plus - Some Experiences of Emma McChesney and Her Son, Jock 1st Edition in Dust Jacket 1914 by Edna Ferber 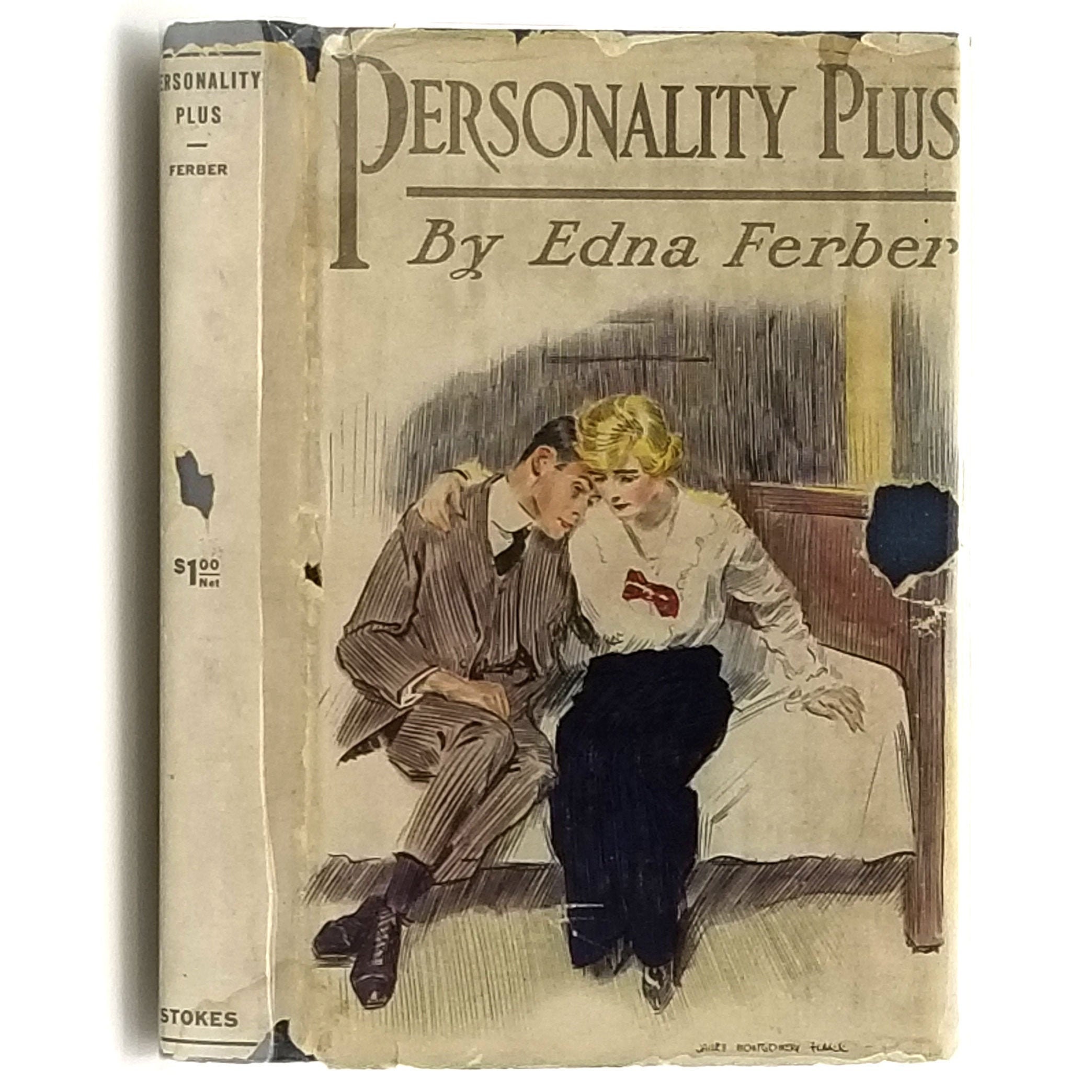 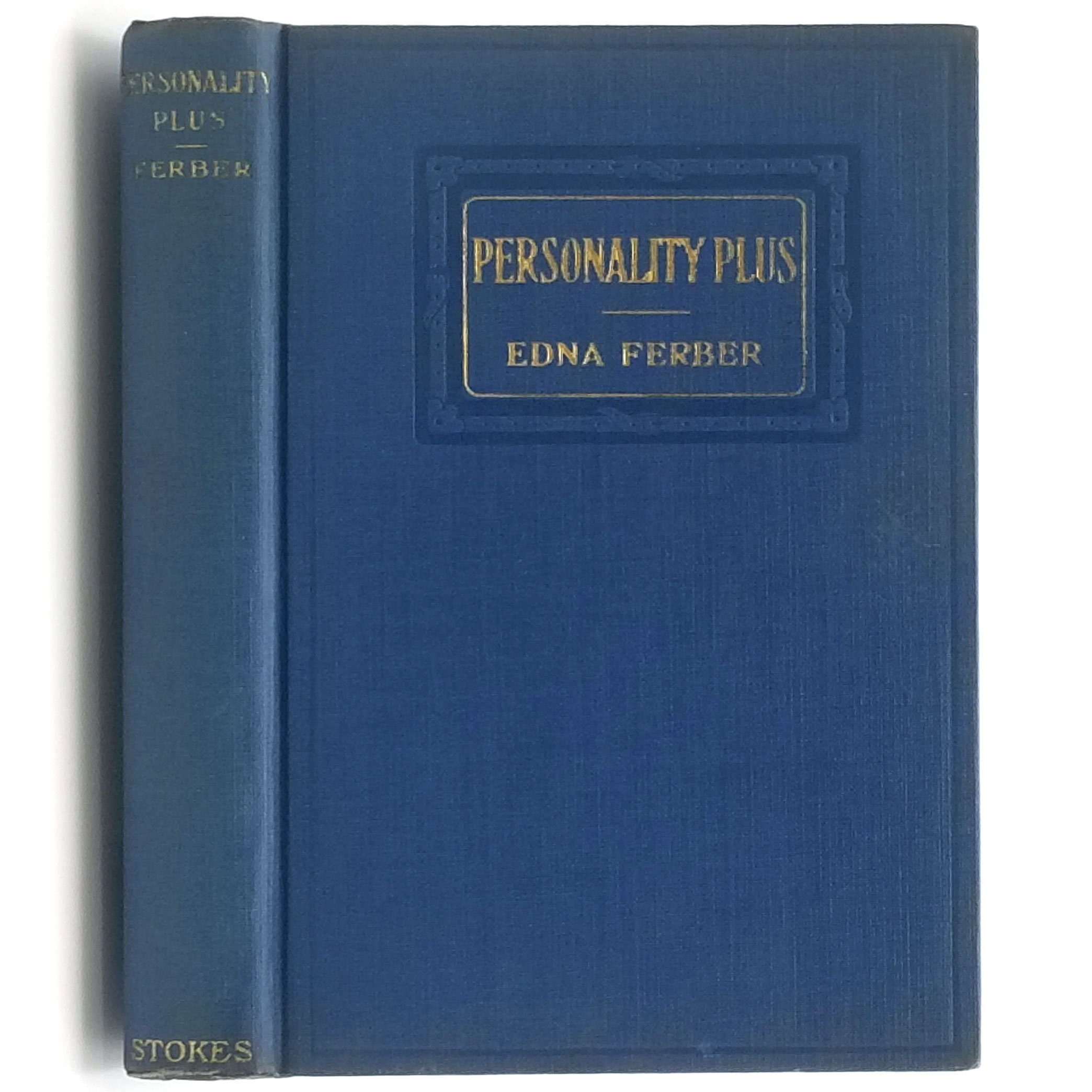 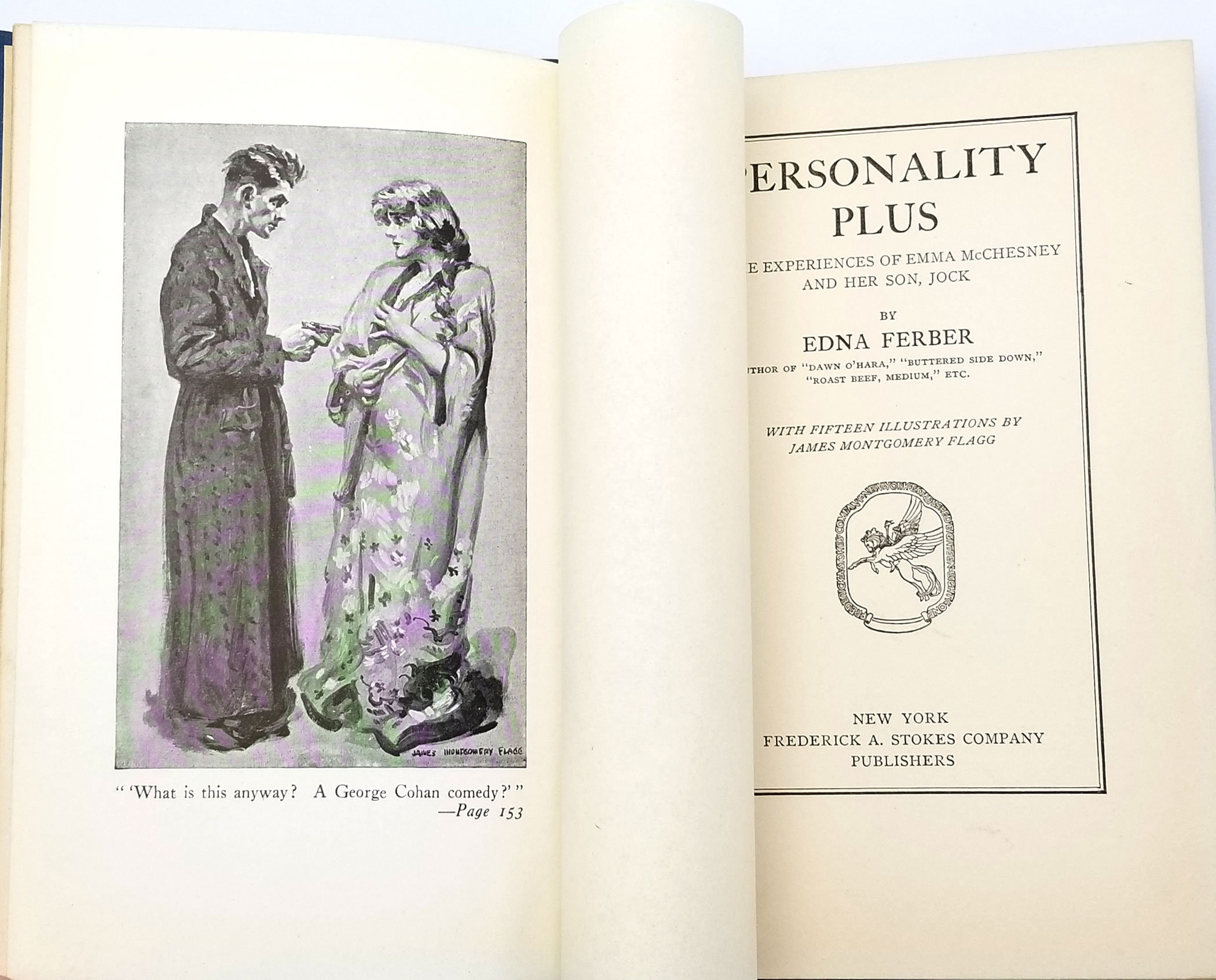 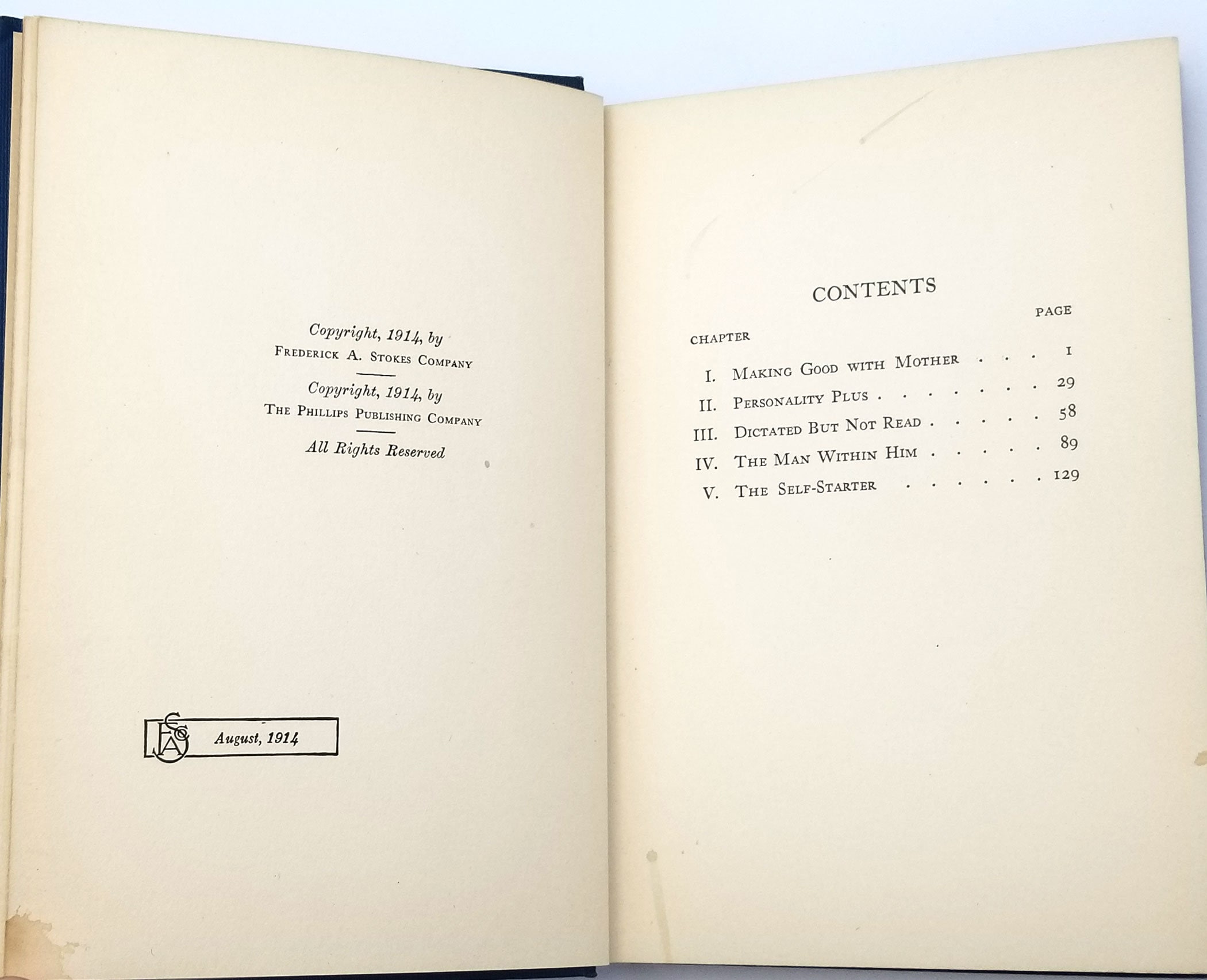 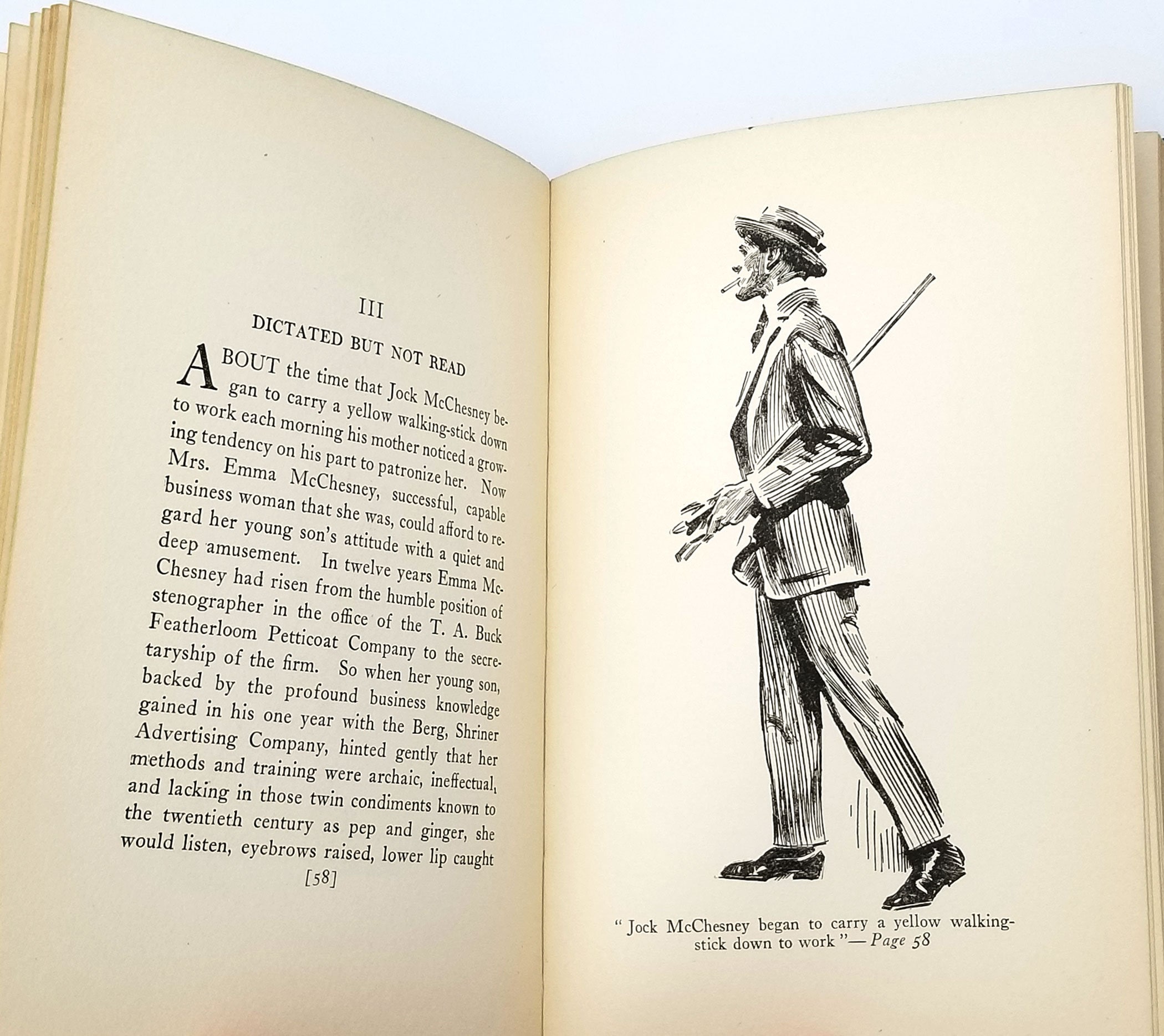 Title: Personality Plus: Some Experiences of Emma McChesney and Her Son, Jock

Description: First Edition, first printing (August, 1914). Blue boards with gilt lettering and blind stamped bordering. Light soiled spot on front board near fore-edge; tail of spine lightly bumped. Previous owner's name on front pastedown. Minor soiling to copyright and contents pages (which face each other). Bookseller's rubber stamp on rear fep. Dust jacket is edgeworn; shows general soiling; chips in the body of the front panel and middle of spine; the first letter of the title on spine is rubbed off; publisher's price of $1.00 Net on spine . DJ in clear archival sleeve. Both the dust jacket and the fifteen plates (including the frontispiece with tissue guard) were illustrated by James Montgomery Flagg. 161 pp. 7.5 x 5.25 inches.

Personality Plus was the second of Ferber's three collections of stories about the successful single mother and divorcee, Emma McChesney. The stories in this volume relate to her experiences with her spoiled son Jock. These stories were serialized in The American Magazine (published by the Phillips Publishing Company) between January and September, 1914.

James Montgomery Flagg (1877-1960) was an American comic artist and commercial illustrator. At the peak of his career he was reported to have been the highest-paid illustrator in the United States. During the First World War he produced over forty posters for the government, including the Army recruitment piece that he is best known for: the iconic image of Uncle Sam pointing with the caption "I Want You for U.S. Army.