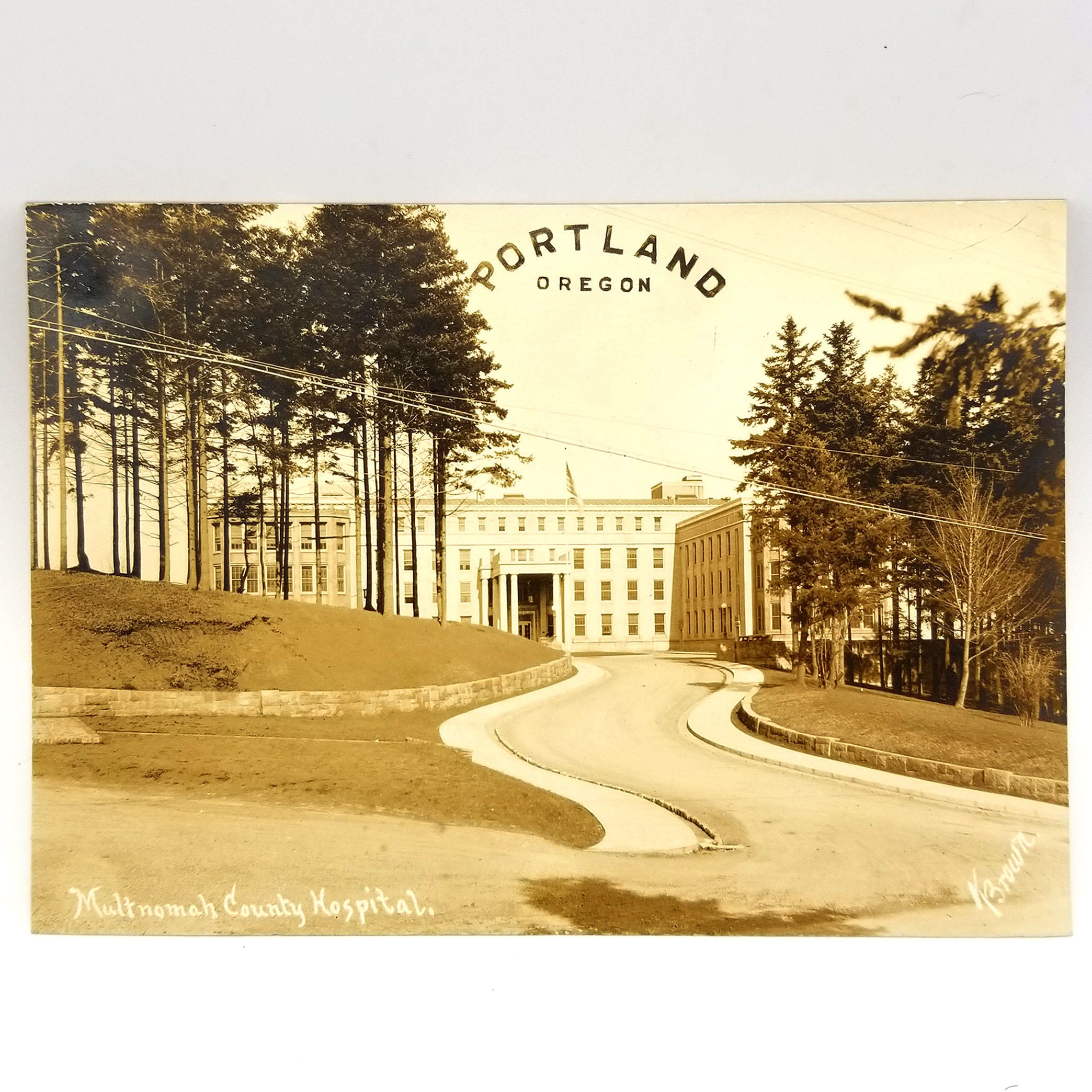 Description: 4.4 x 6.25 inch early photograph of the Multnomah County Hospital in Portland, Oregon, circa 1930.The view shows the front of the hospital from the end of the driveway, with its two wings visible through stands of evergreen trees. The photographer's name is Brown.

The hospital, completed in 1923, was originally part of the University of Oregon Medical School and later merged into what is now the Oregon Health and Sciences University (OHSU).