Photograph of the lowering of the flag at the Polk County (Dallas, Oregon) courthouse on Nov. 22, 1963 - Kennedy Assassination 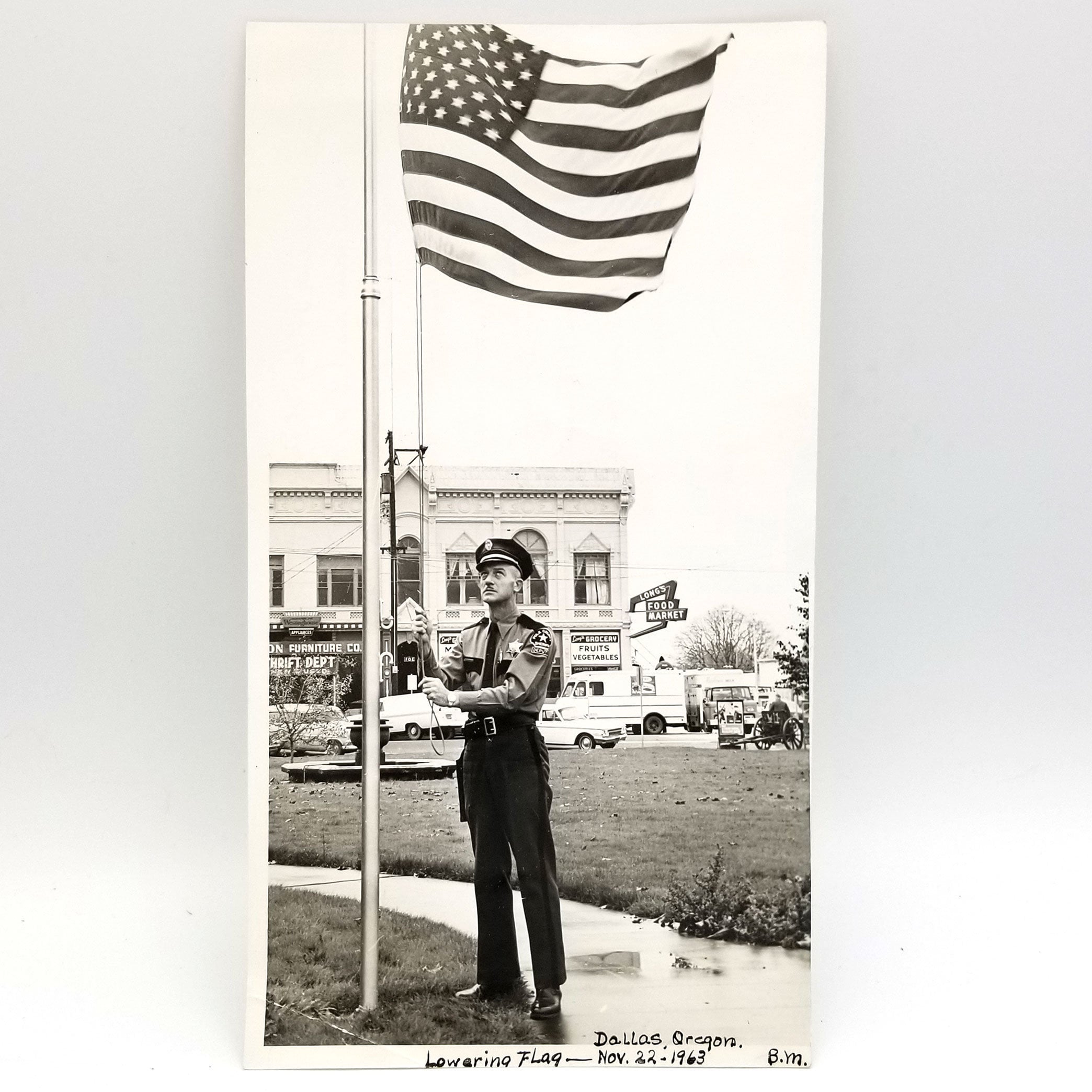 Item: photograph of the lowering of the flag at the Polk County (Oregon) courthouse on Nov. 22, 1963 by Ben Maxwell

Description: 8 x 4.5 inch b/w photograph of the lowering of the flag at the Polk County Courthouse (Dallas, Oregon), on November 22, 1963 by Deputy Sheriff Wes Rhodes, after receiving the news of the assassination and death of President John F. Kennedy.

The Deputy Sheriff pictured, Wesley Lavone Rhodes (1924-1982), was a lifelong resident of Polk County who dedicated more than 28 years of his life to the Polk County Sheriffs Office. He died at the sheriff's office. Caption made at foot of photo. Descriptive notes on backside.