The Country Boy: The Story of His Own Early Life SIGNED in Dust Jacket 1910 by Homer Davenport - Silverton, Oregon - Boyhood Memoir 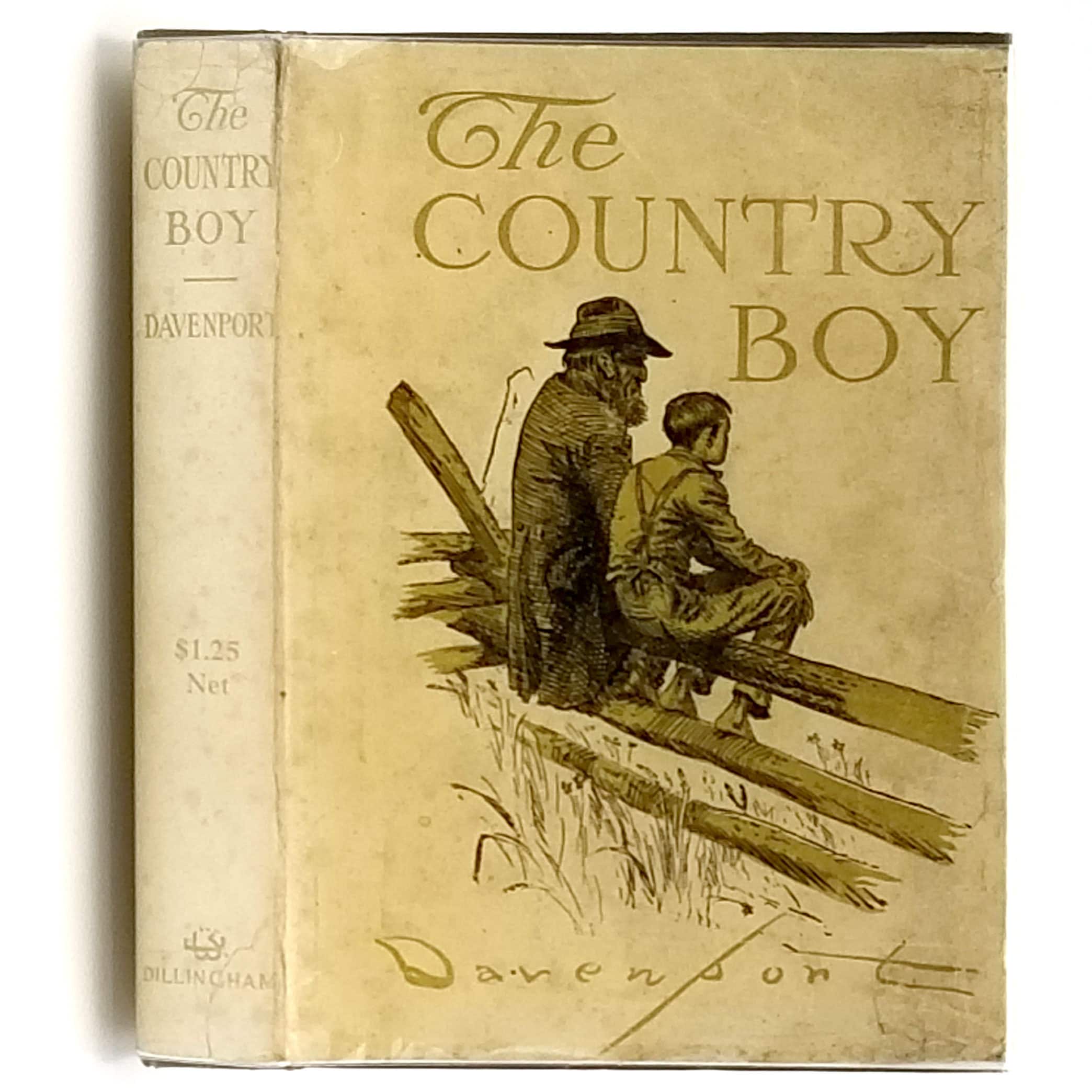 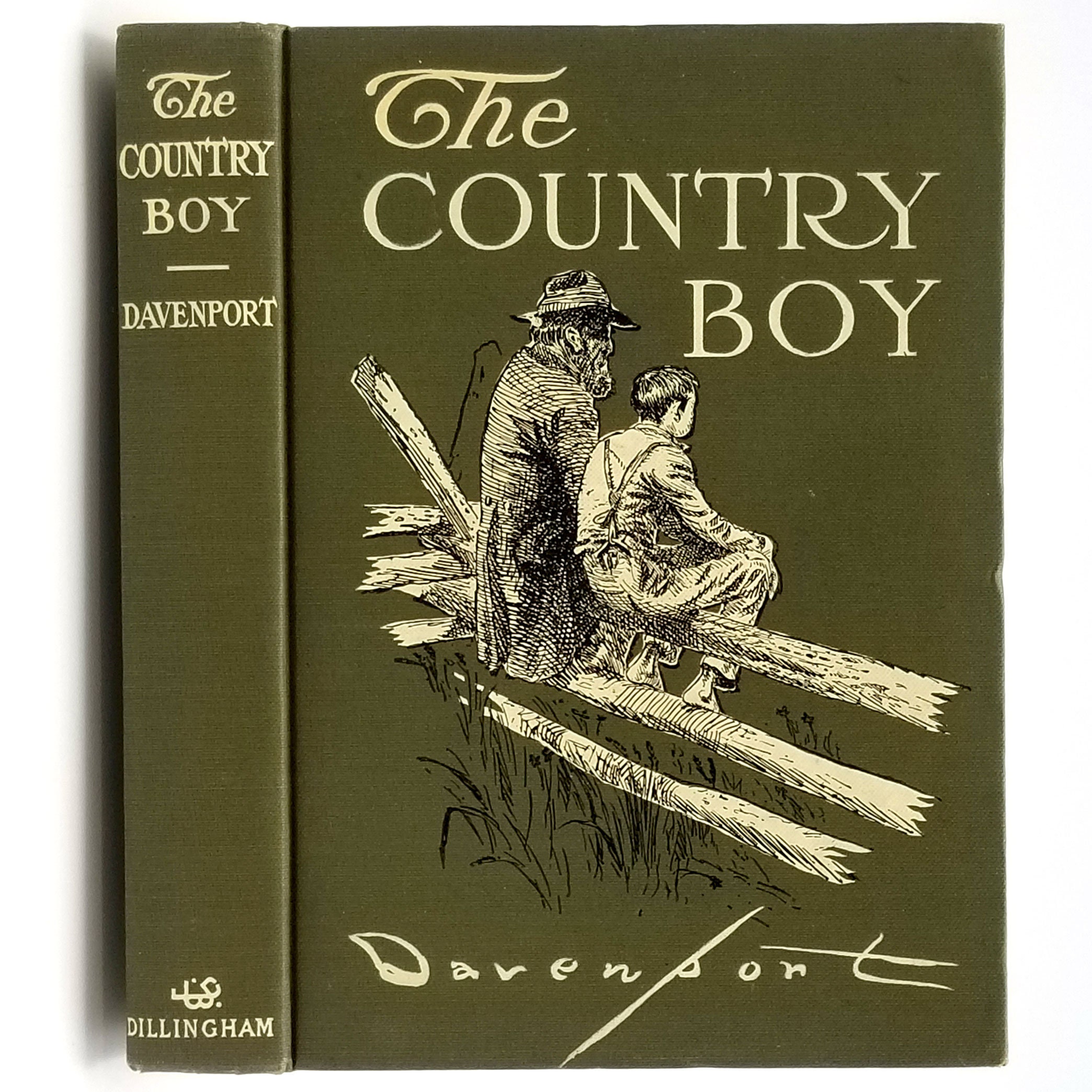 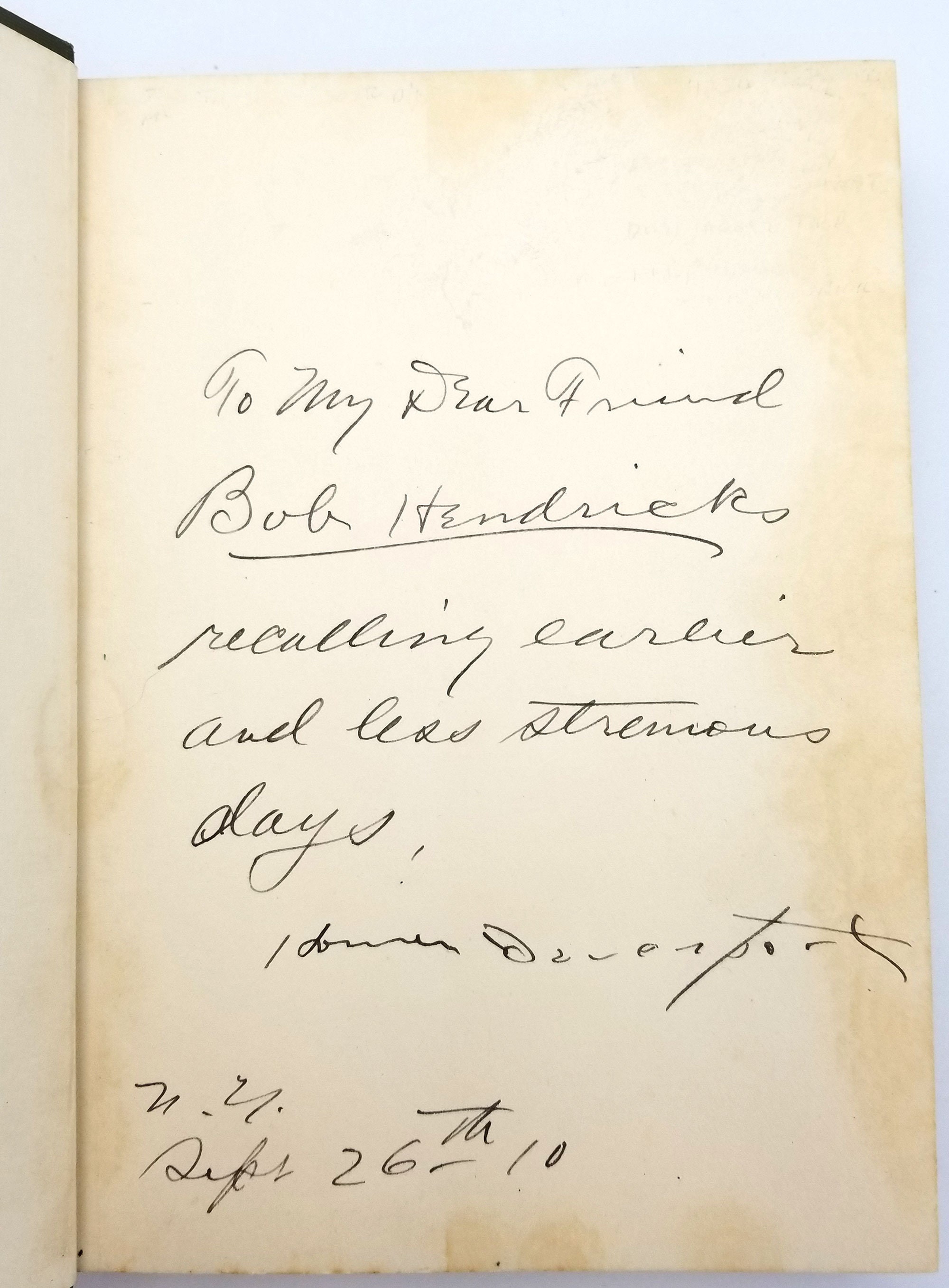 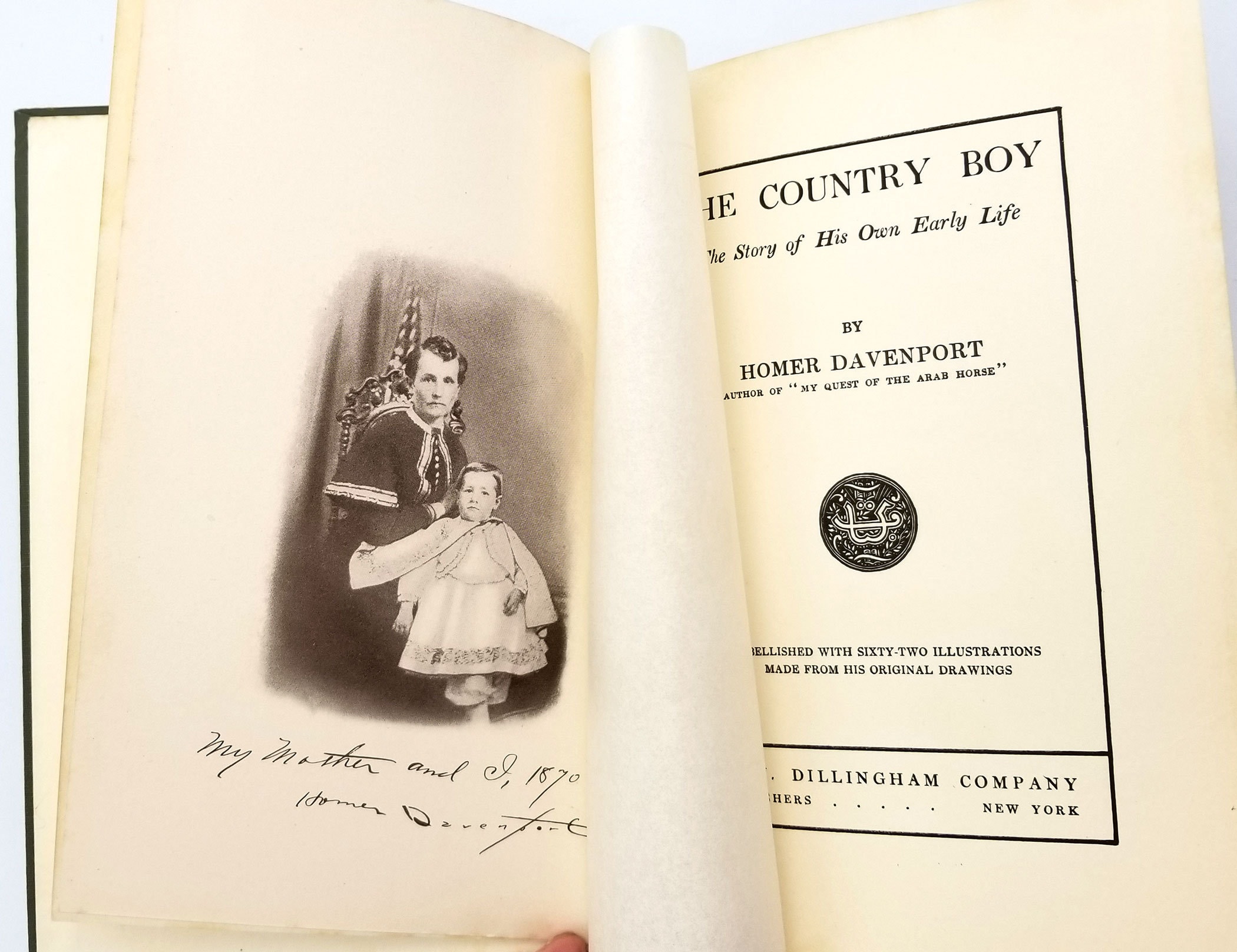 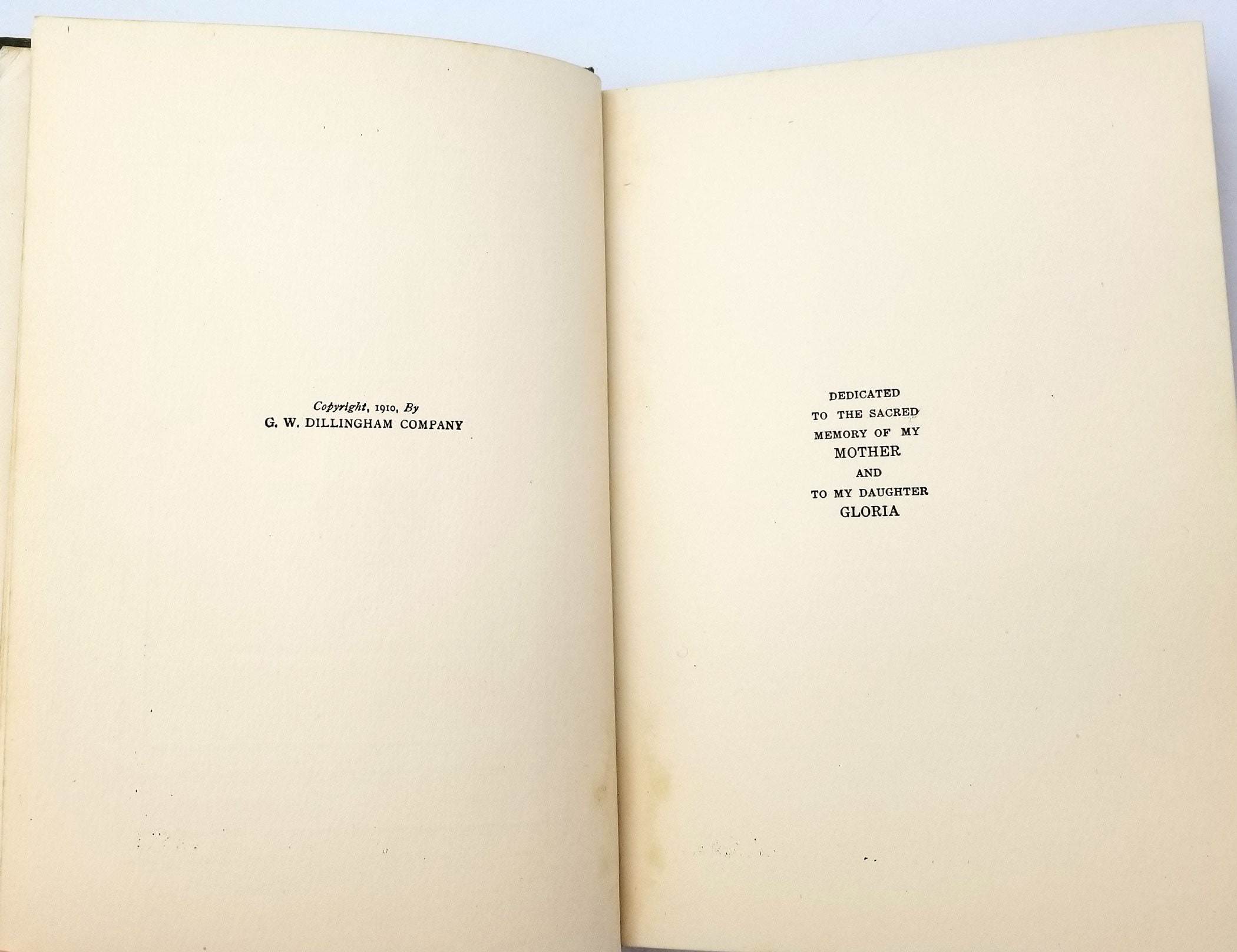 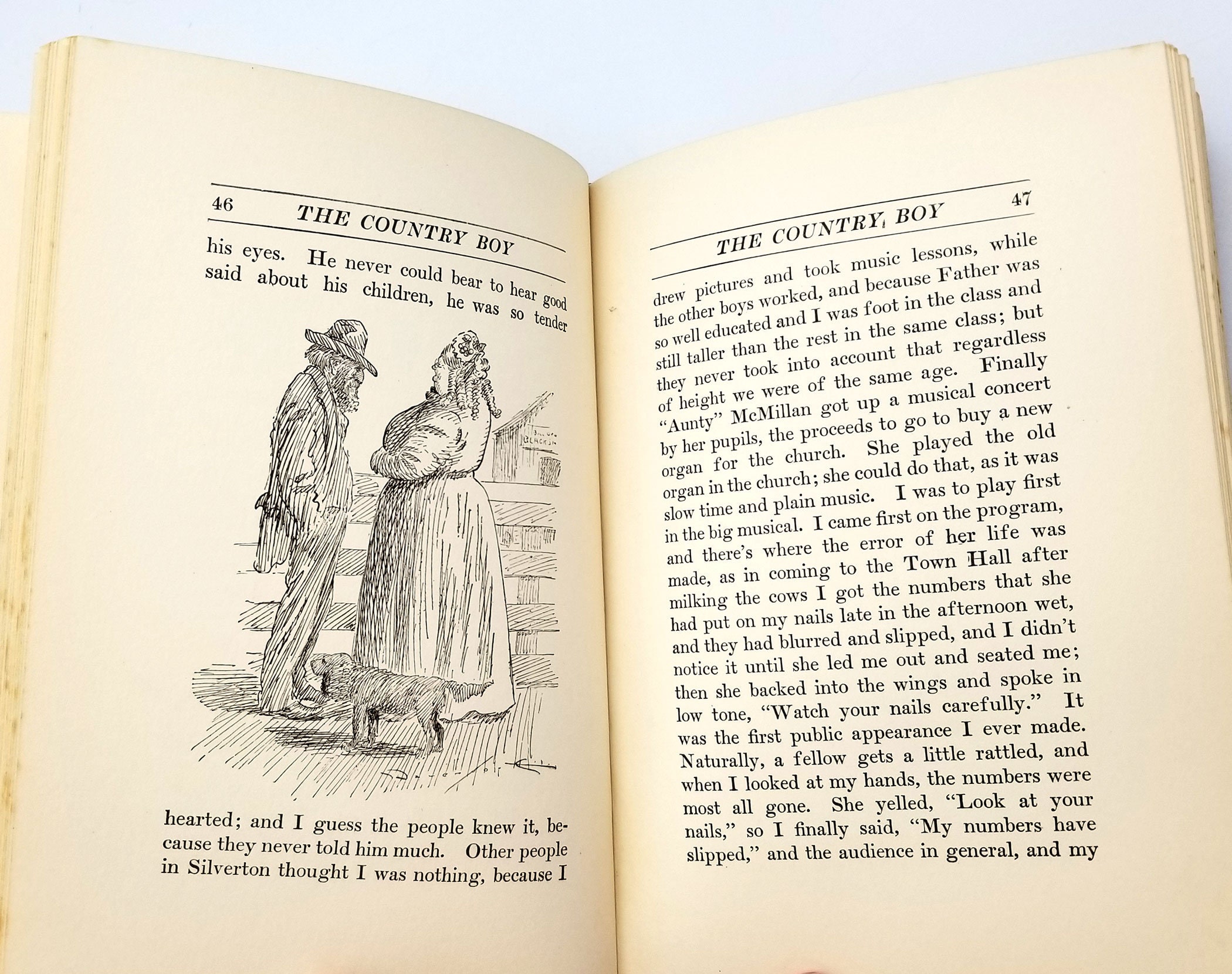 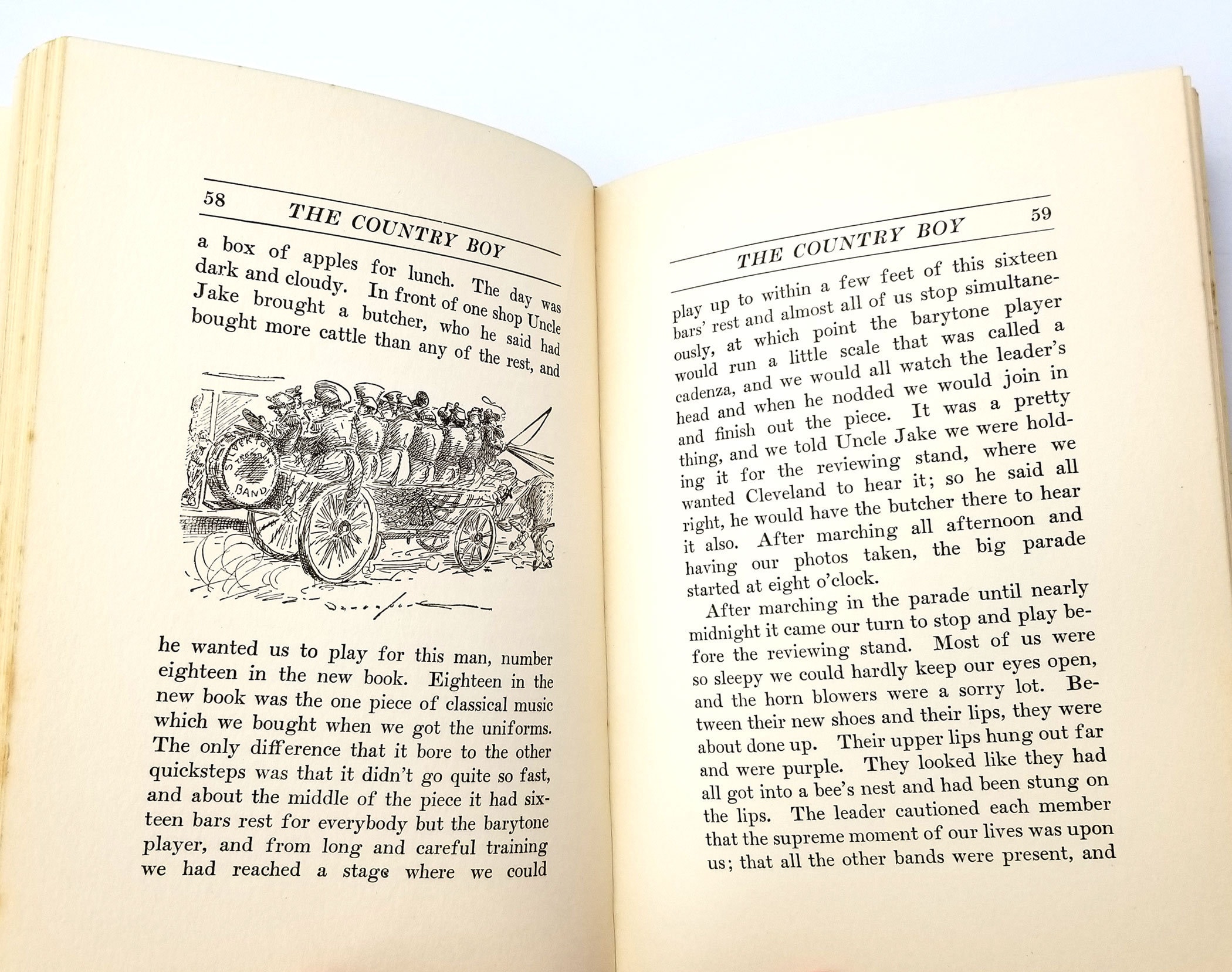 Title: The Country Boy: The Story of His Own Early Life

Davenport's memoir of his boyhood and experiences in Silverton, Oregon. Homer Davenport's (1867-1912) went on to become one of the most successful political cartoonists of the Gilded Age and Progressive Era. His first newspaper job was with The Oregonian in 1889 and, not long after, he found better fortune with the San Francisco Examiner, Chicago Tribune, and the New York Evening Mail. He died in 1912 after catching pneumonia on the docks of New York while covering the tragedy of the Titanic. William Randolph Hearst honored his cartoonist by having his body shipped back to Silverton.

He was also known for being an early Arabian Horse breeder and enthusiast, having brought the first purebred to the United States from the Ottoman Empire with some assistance from his friend, Theodore Roosevelt.

Inscribed on ffep "To My Dear Friend / Bob Hendricks / recalling earlier / and less strenuous / days, / Homer Davenport / N.Y. / Sept 26th 10". Bob Hendricks is very likely Robert Jackson Hendricks (1863-1943), another newspaperman, who between 1884 and 1928 was the owner and editor of the Oregon Statesman (published in Salem). Hendricks was born on a ranch between Monmouth and Dallas (about 25 miles west of Davenport's early residences in the Waldo Hills and Silverton).

In January 1935, Hendricks wrote a very detailed and familiar memorial for Homer's aunt, Mrs. Eglentine DeHart Geer, who Homer called "Aunt Tiny," and who was the sister-in-law of his mother, Florinda Geer Davenport. The memorial was published in two parts in Hendricks' Oregon Statesman column, "Bits for Breakfast".