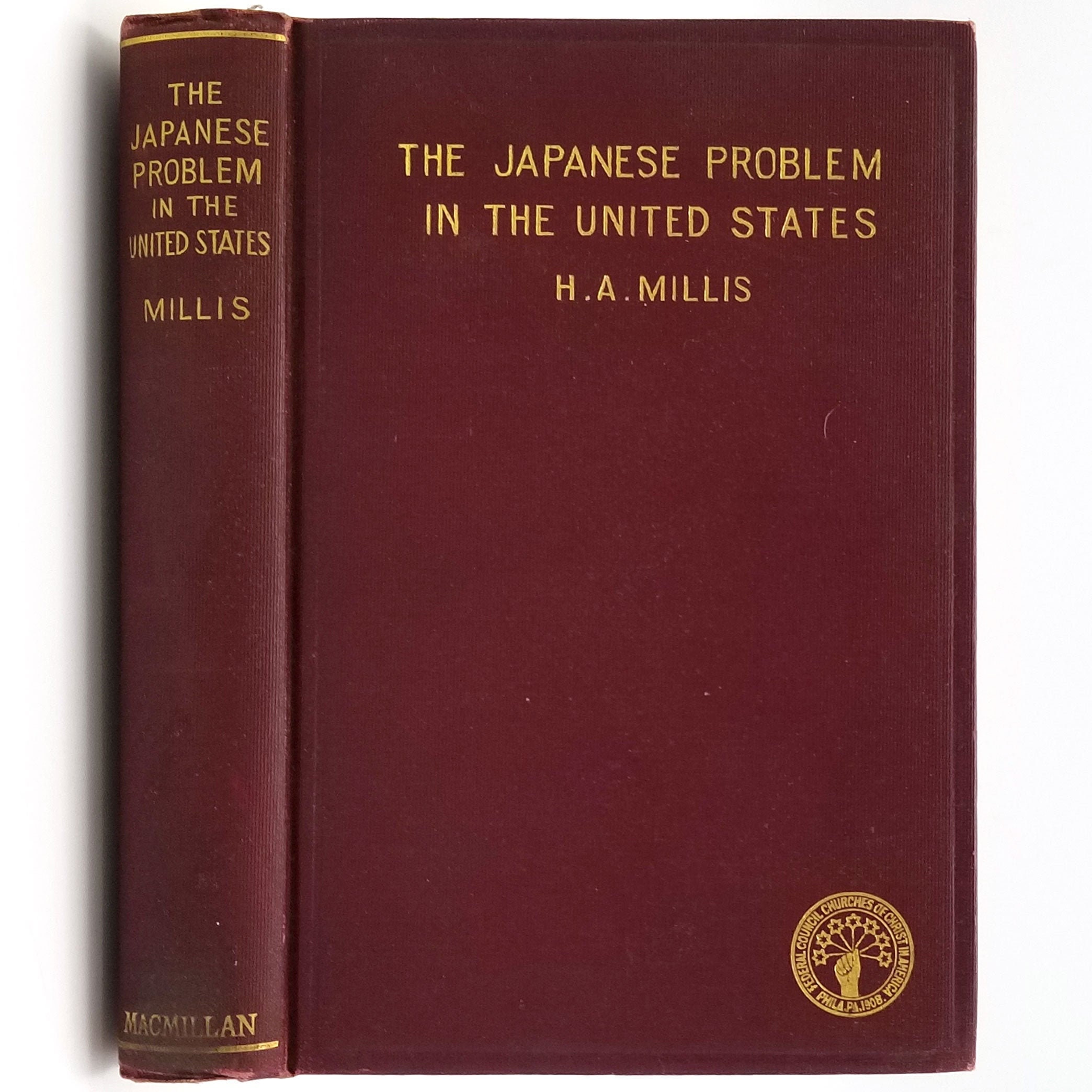 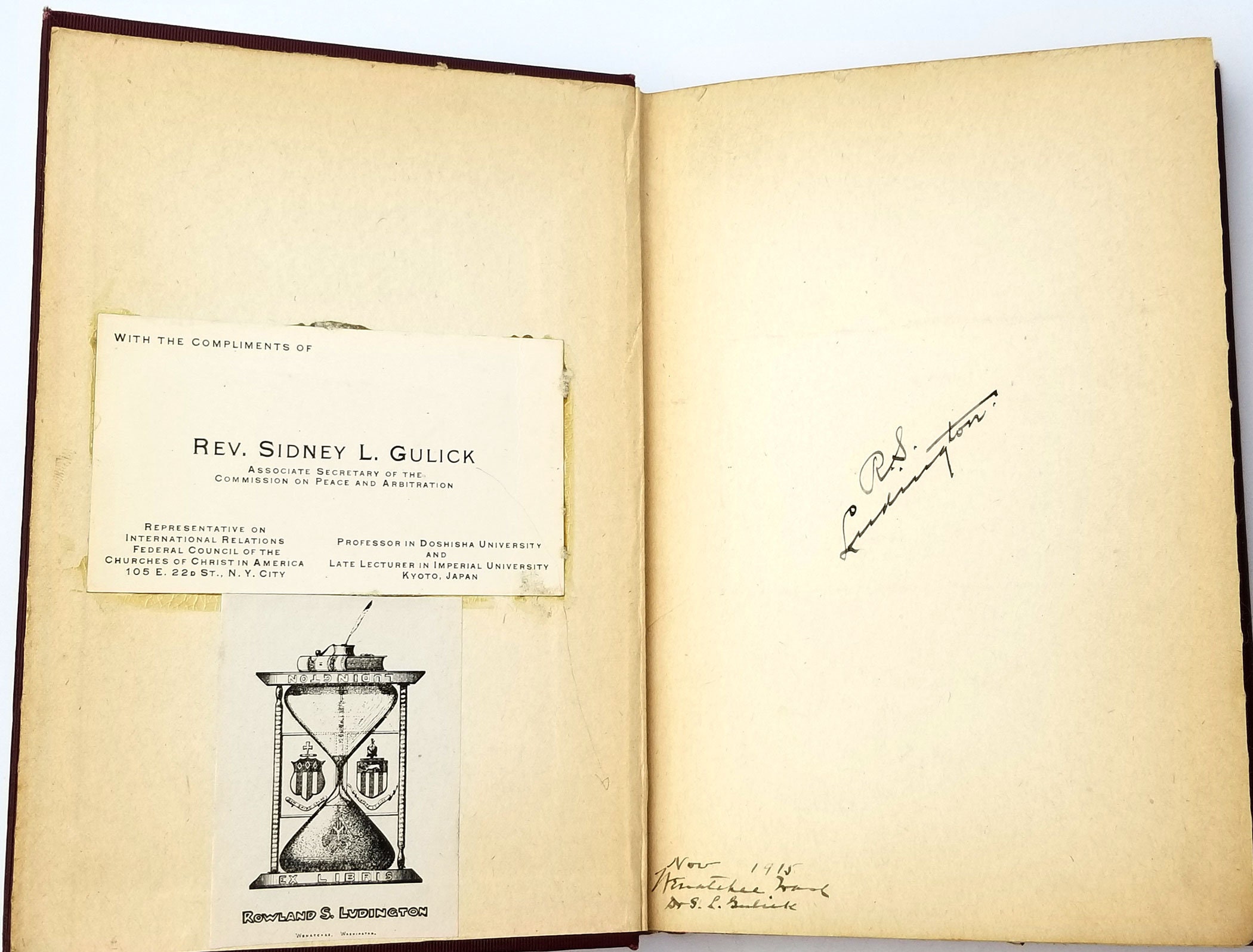 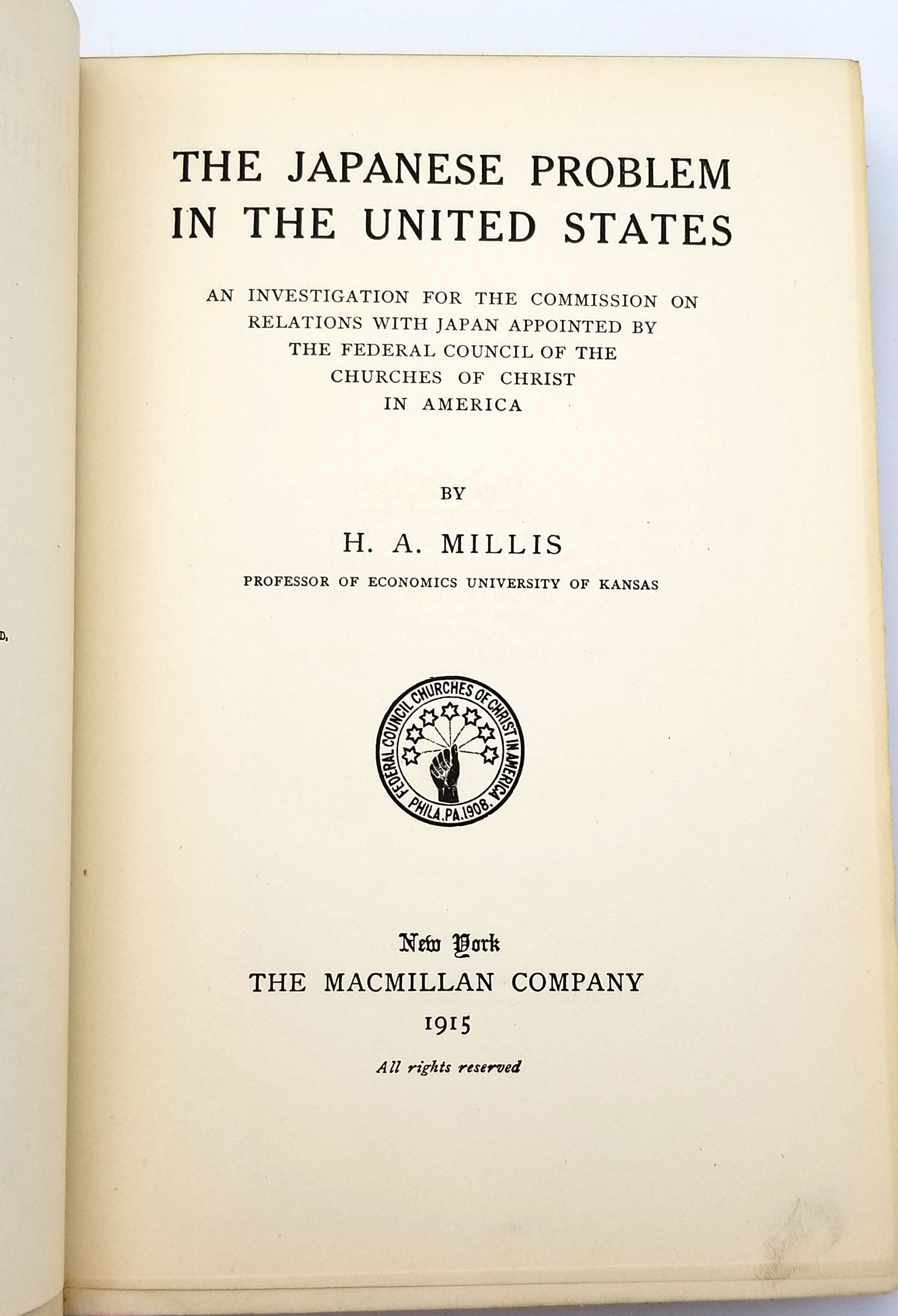 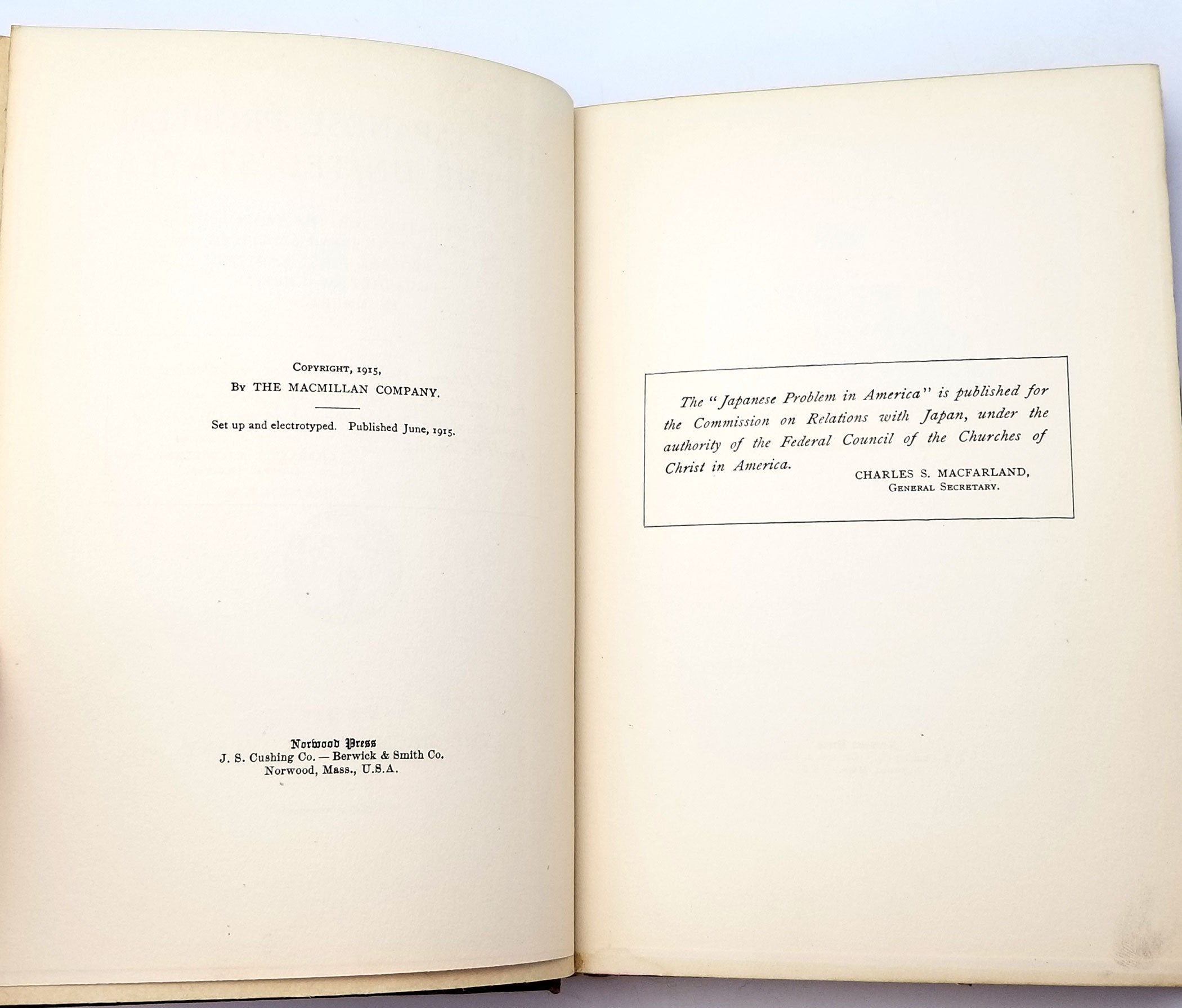 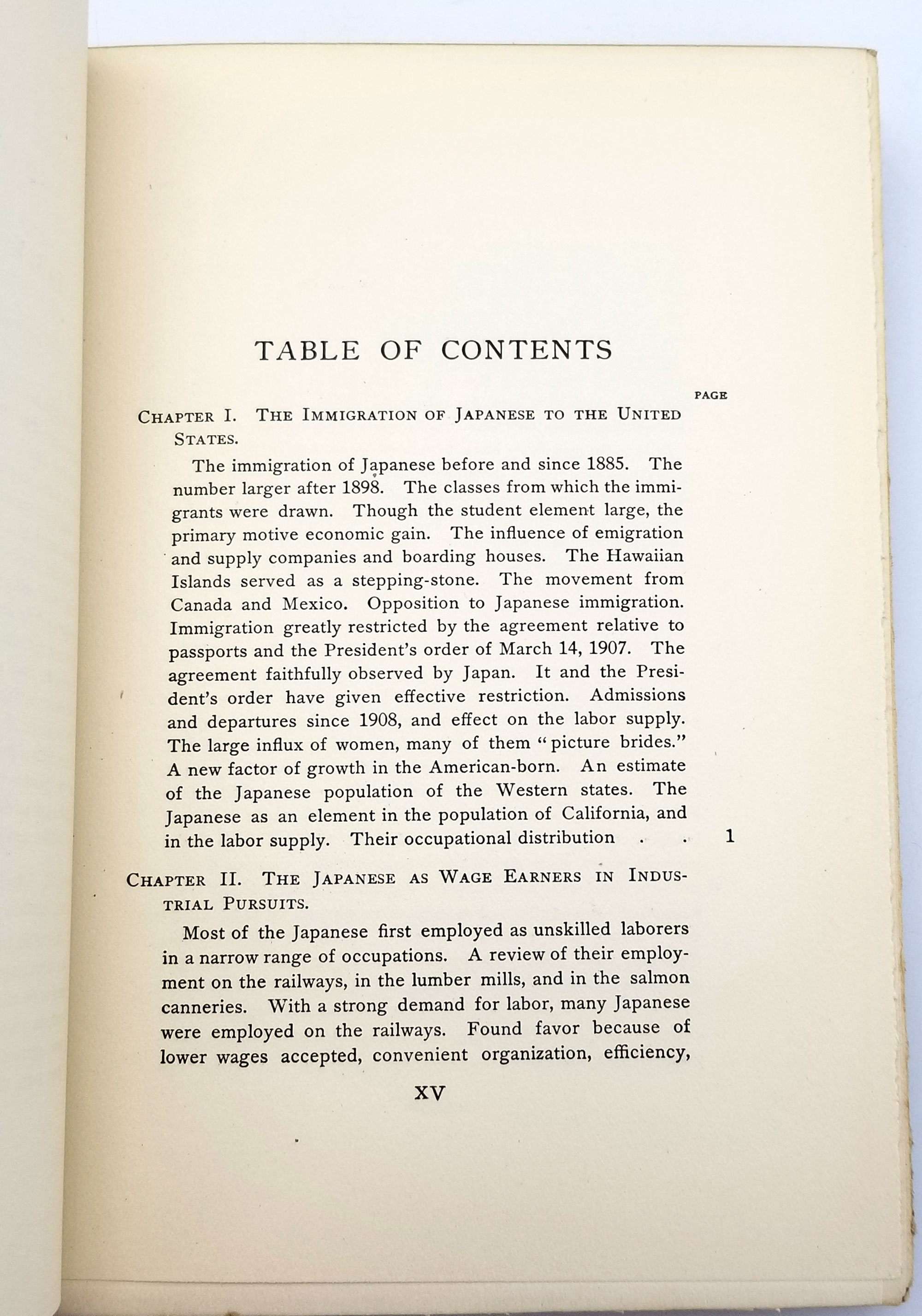 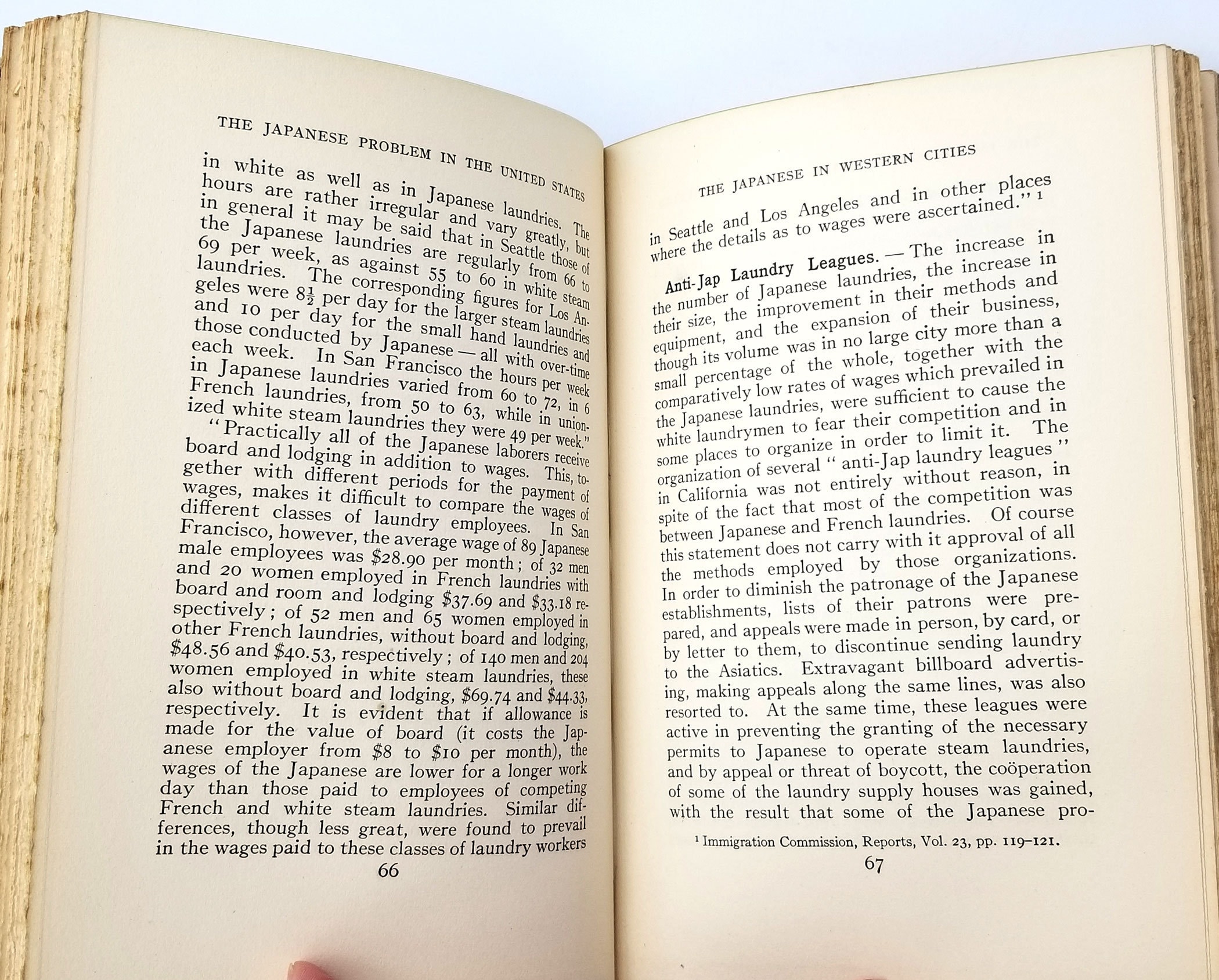 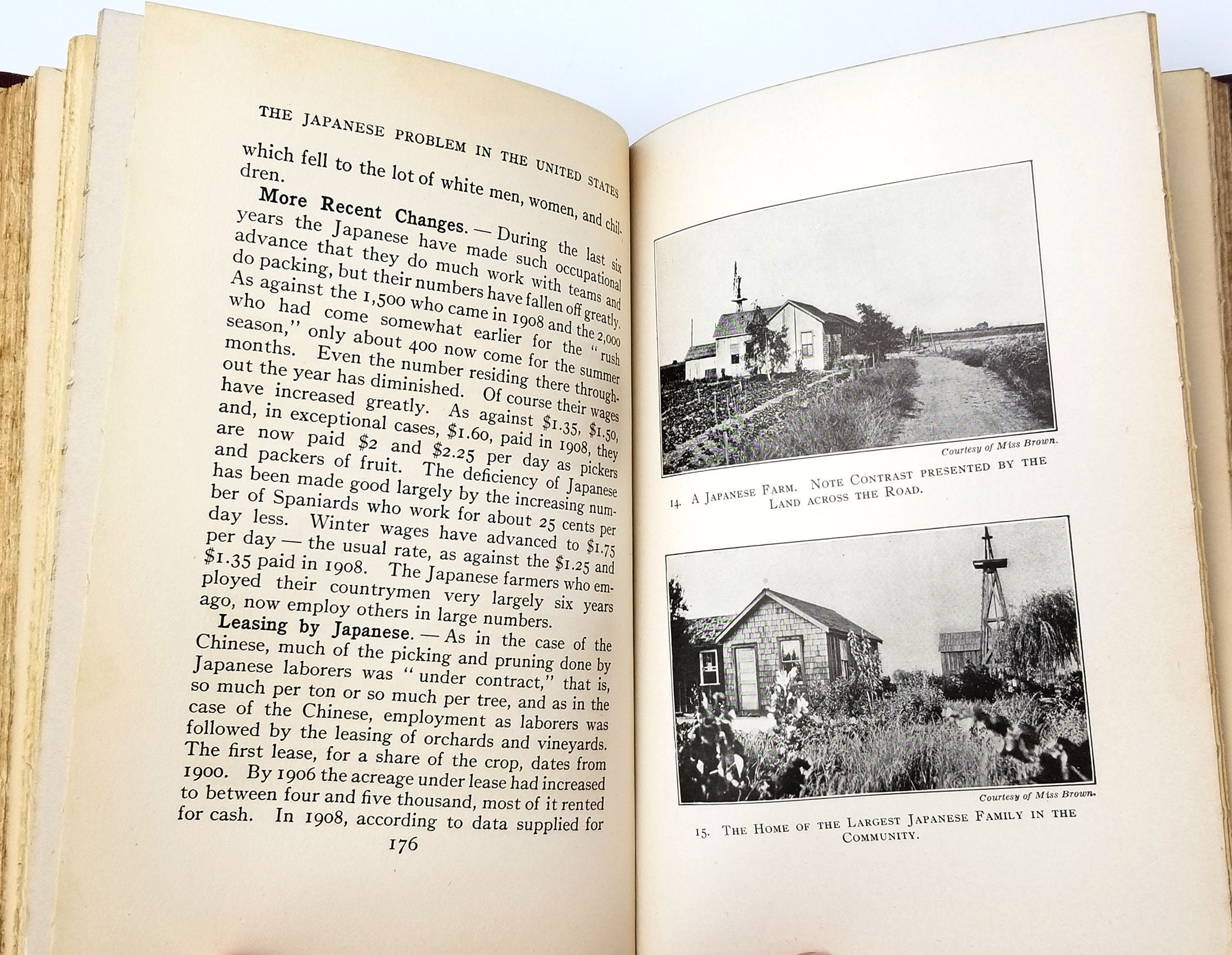 Title: The Japanese Problem in the United States: An investigation for the Commission on Relations with Japan appointed by the Federal Council of the Churches of Christ in America

Description: First Edition, first printing (June 1915). Burgundy boards stamped in gilt, including the seal of the Federal Council of the Churches of Christ in America on the front. Gilt top edge. Light wear at bottom of spine; corners rubbed. Previous owner's name on ffep; small bookplate on front and rear pastedowns. Some light pencil marginalia, else pages clean. 24 photographic images on plates. xxi, 334, plus [5] pp. advertising for other books relevant to Japan and immigration issues.

The Japanese Problem consisted of two questions, one relating to the admission of immigrants and the other to the treatment accorded to those who are here. Millis presents a review of historic and contemporaneous facts in this examination of immigration policy and the conditions of Japanese, primarily in the California and the western states. Contents: 1) The Immigration of Japanese to the United States. 2) The Japanese as Wage Earners in Industrial Pursuits. 3) The Japanese in Western Cities: Their Work and Business. 4) The Japanese in Agriculture in Western States other than California. 5) The Japanese as Agricultural Laborers in California. 6). Japanese Farming in California. 7) Japanese Farming: Some Community Observations (Florin, Vaca Valley, Southern California, Livingston). 8) Alien Land Legislation in California. 9) Japanese Characteristics and the Western Mind. 10) The Problem of Assimilation. 11) Some Suggestions Considered. Appendices.

The business card of Sidney L. Gulick, a leading authority on Japan, is affixed to the front pastedown. It states "with the compliments of Sidney L. Gulick: Associate Secretary of the Commission on Peace and Arbitration; Representative on International Relations, Federal Council of Churches of the Churches of Christ in America; Professor in Doshisha University and Late Lecturer in Imperial University, Kyoto, Japan."

The previous owner of the book was the Rev. Rowland S. Ludington (1869-1927) of Wenatchee, Washington. He received the book in November 1915 when Sidney Gulick was lecturing in the Pacific Northwest. His bookplate appears at the front and rear of the book.