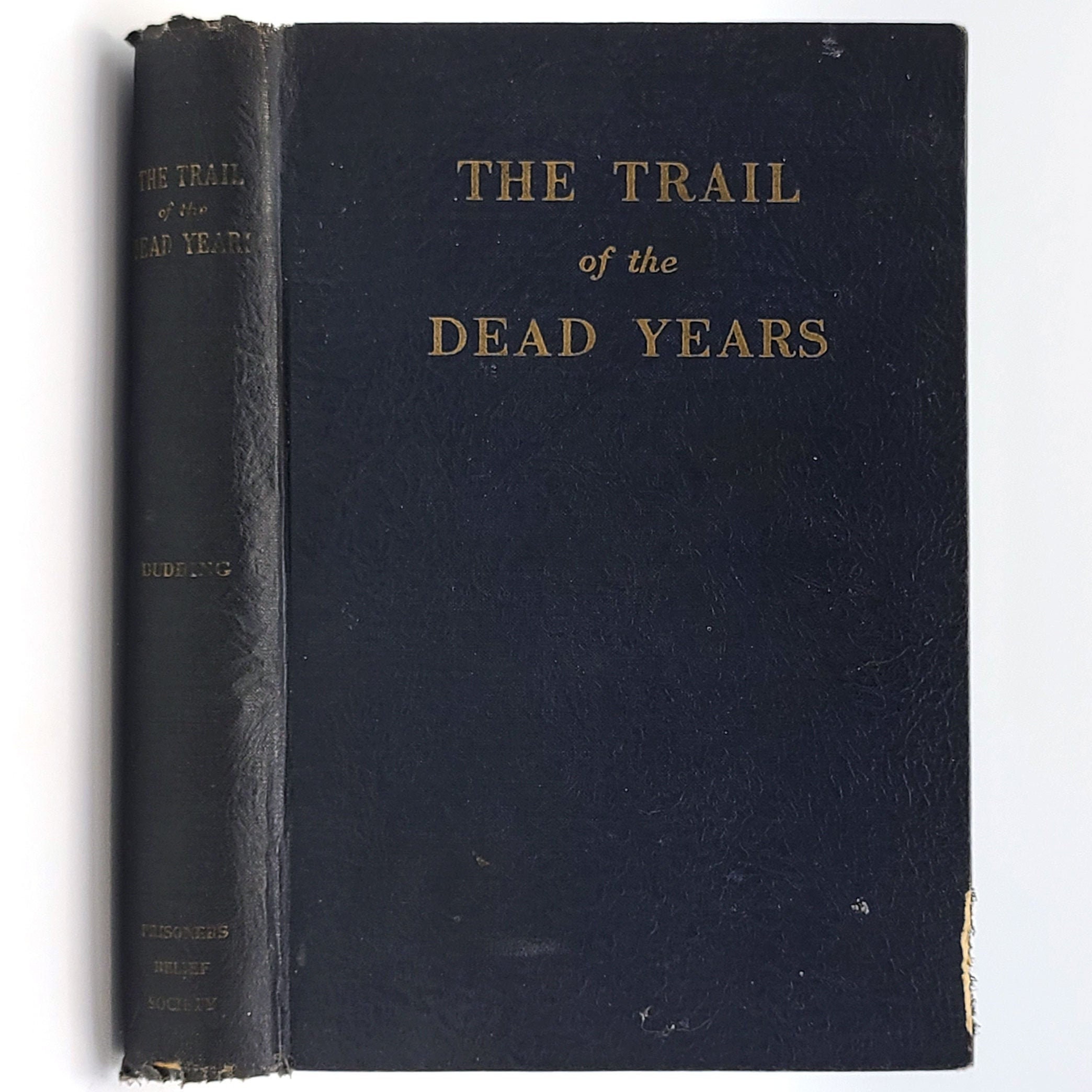 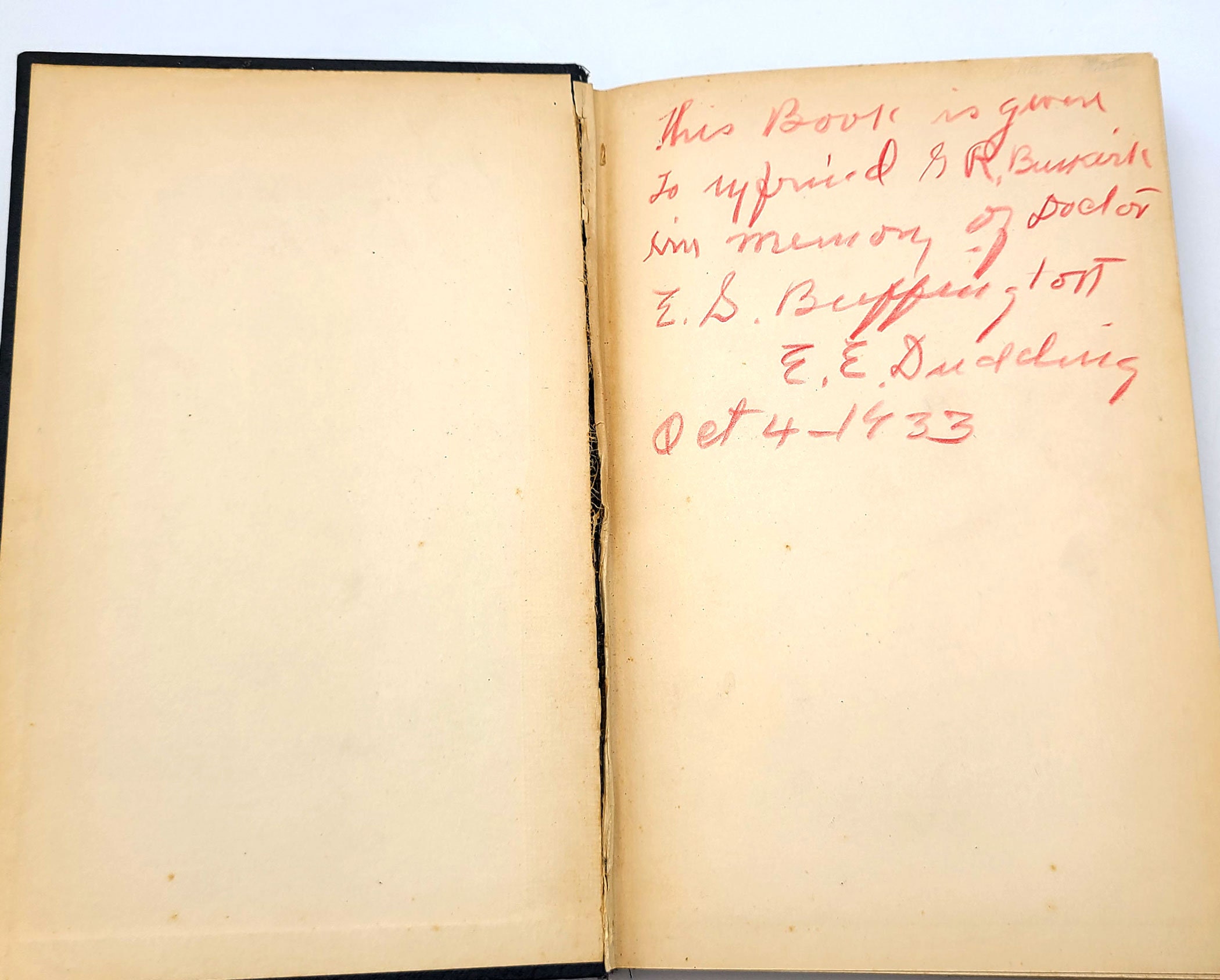 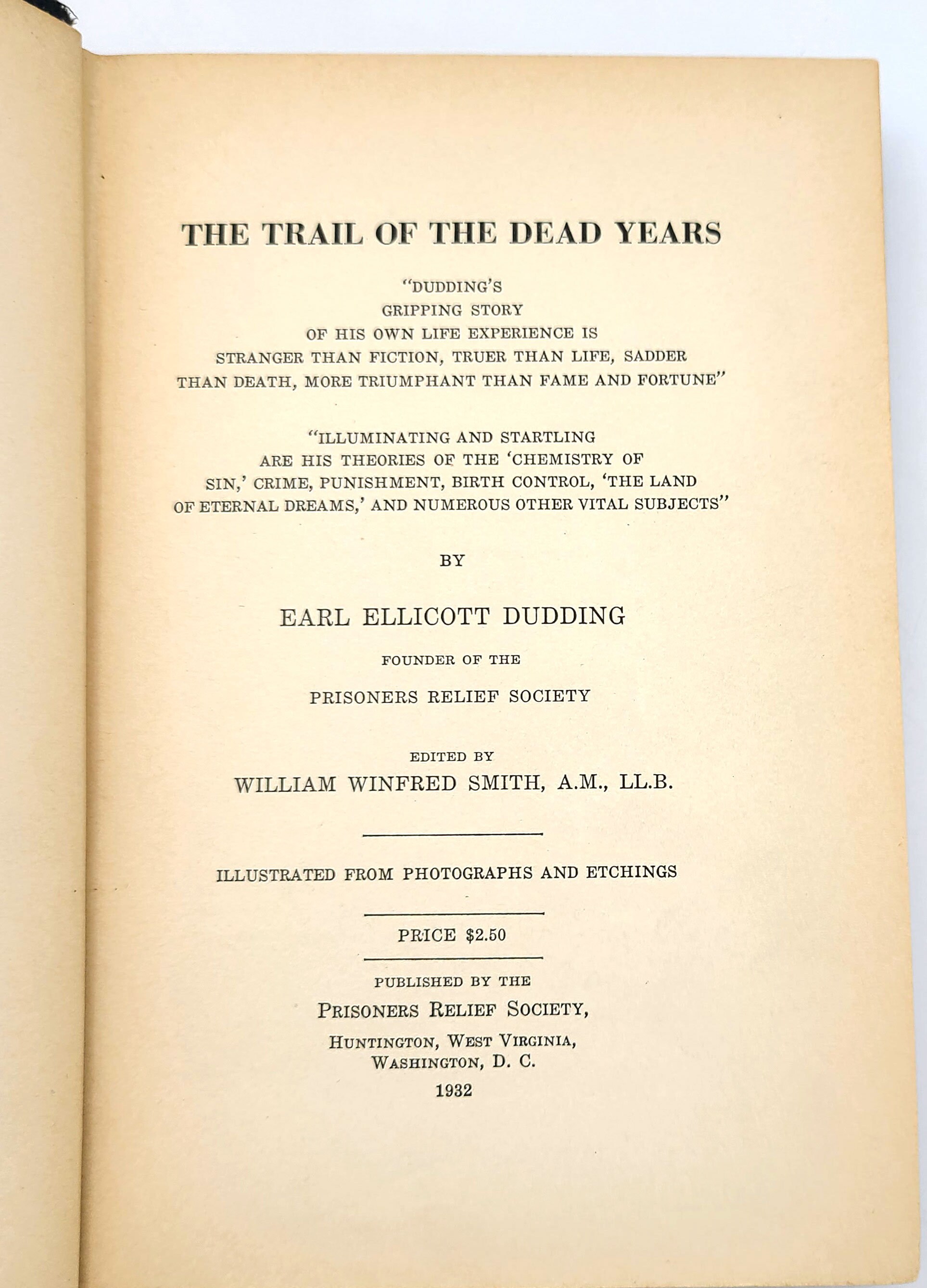 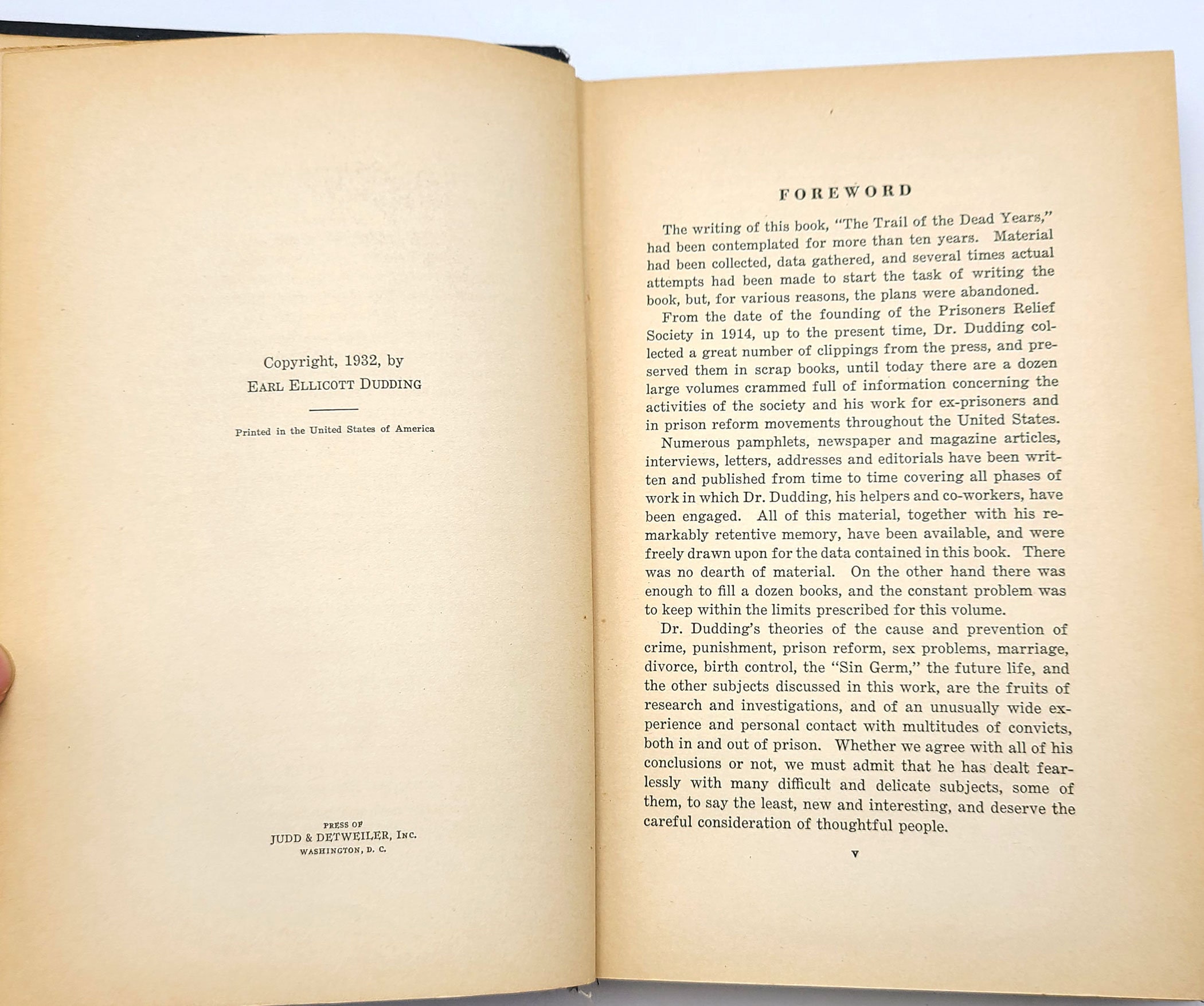 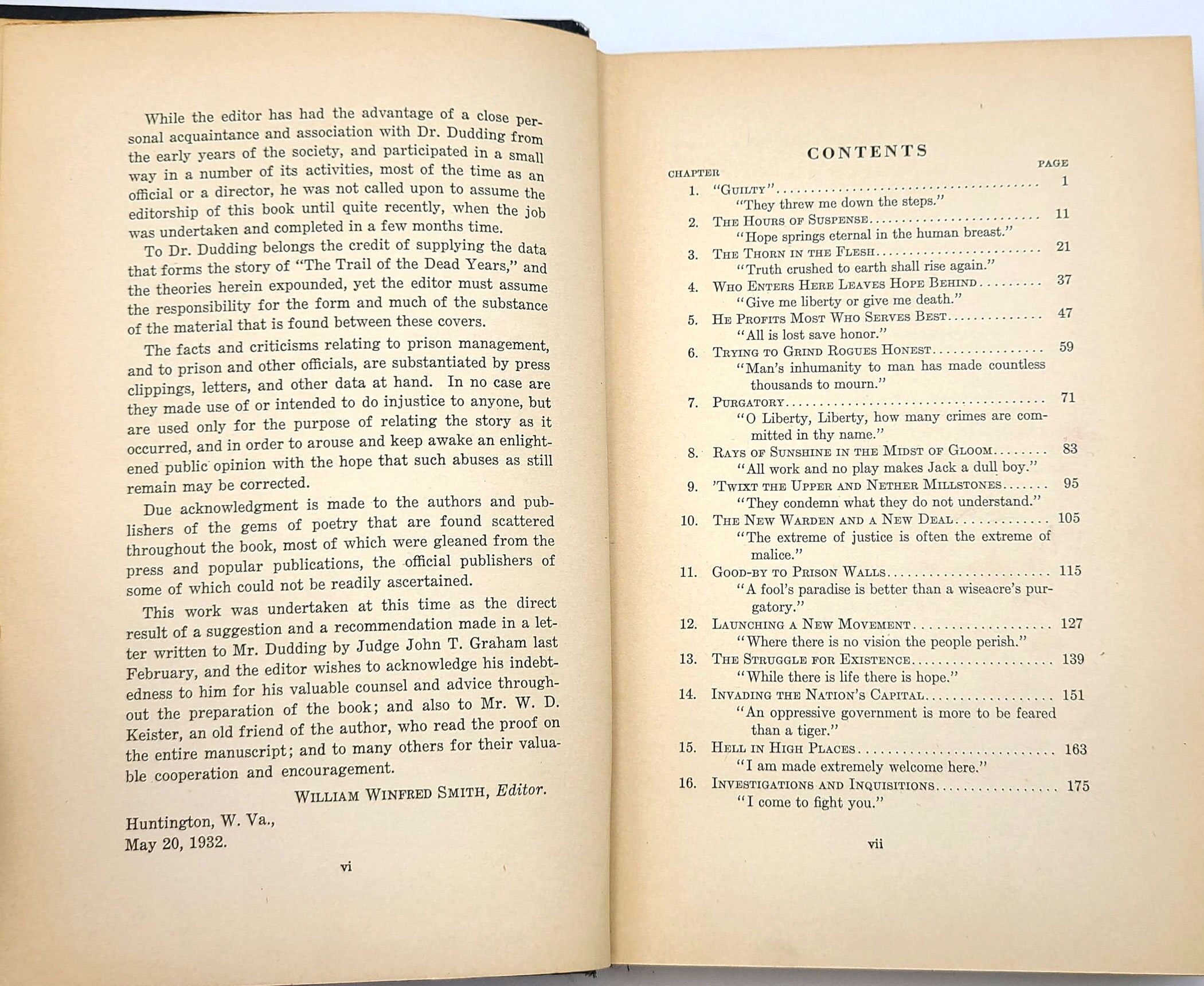 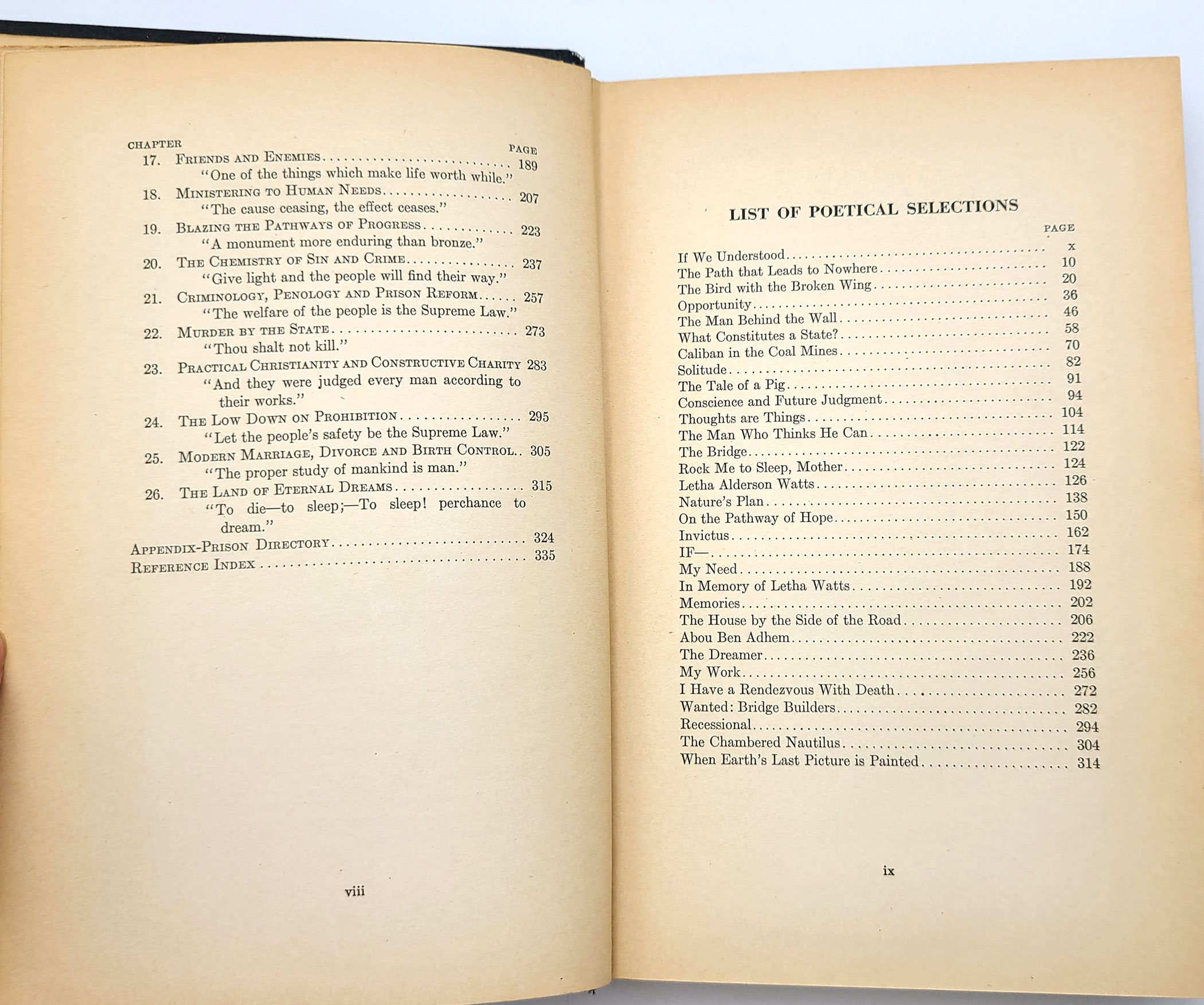 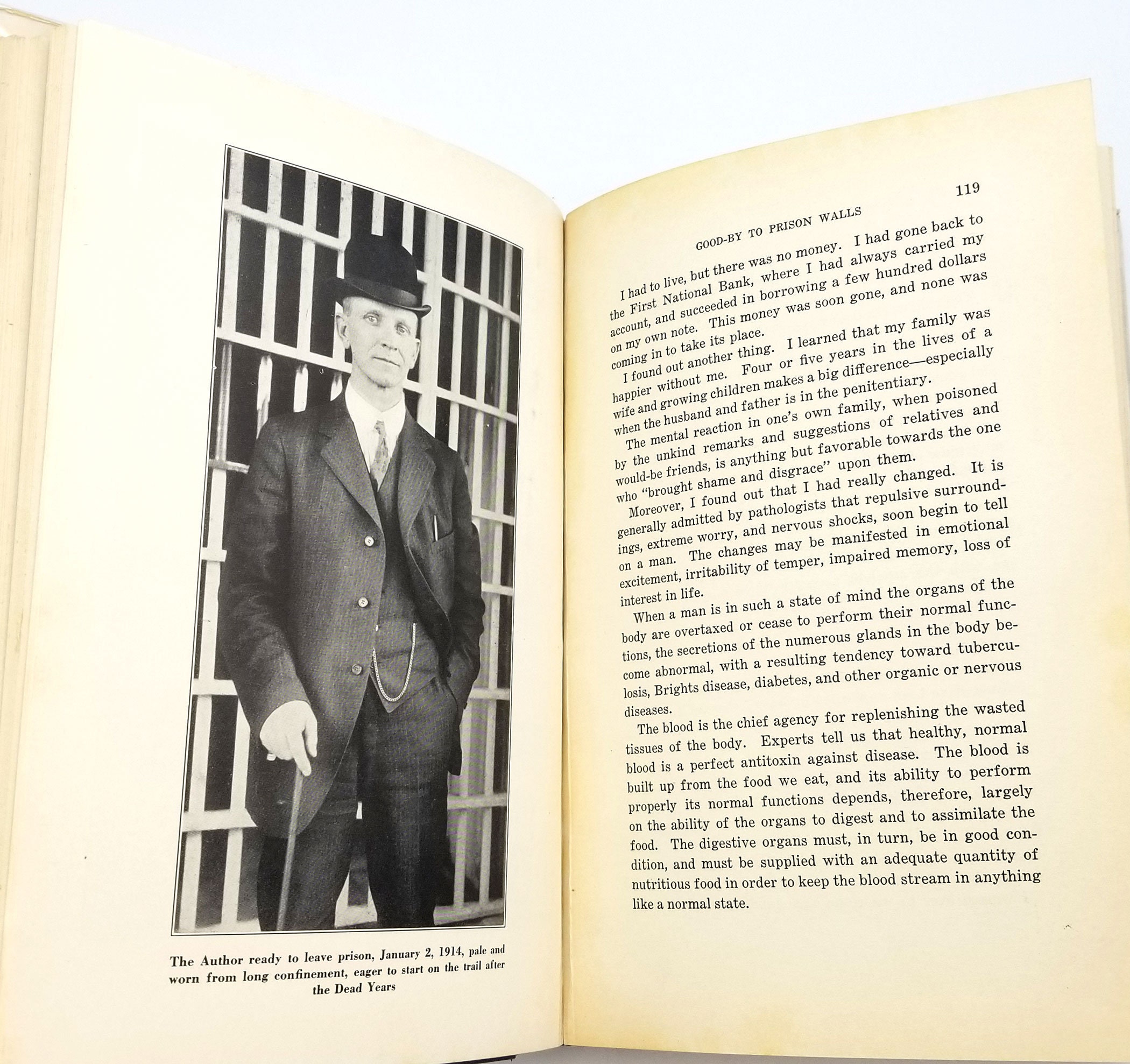 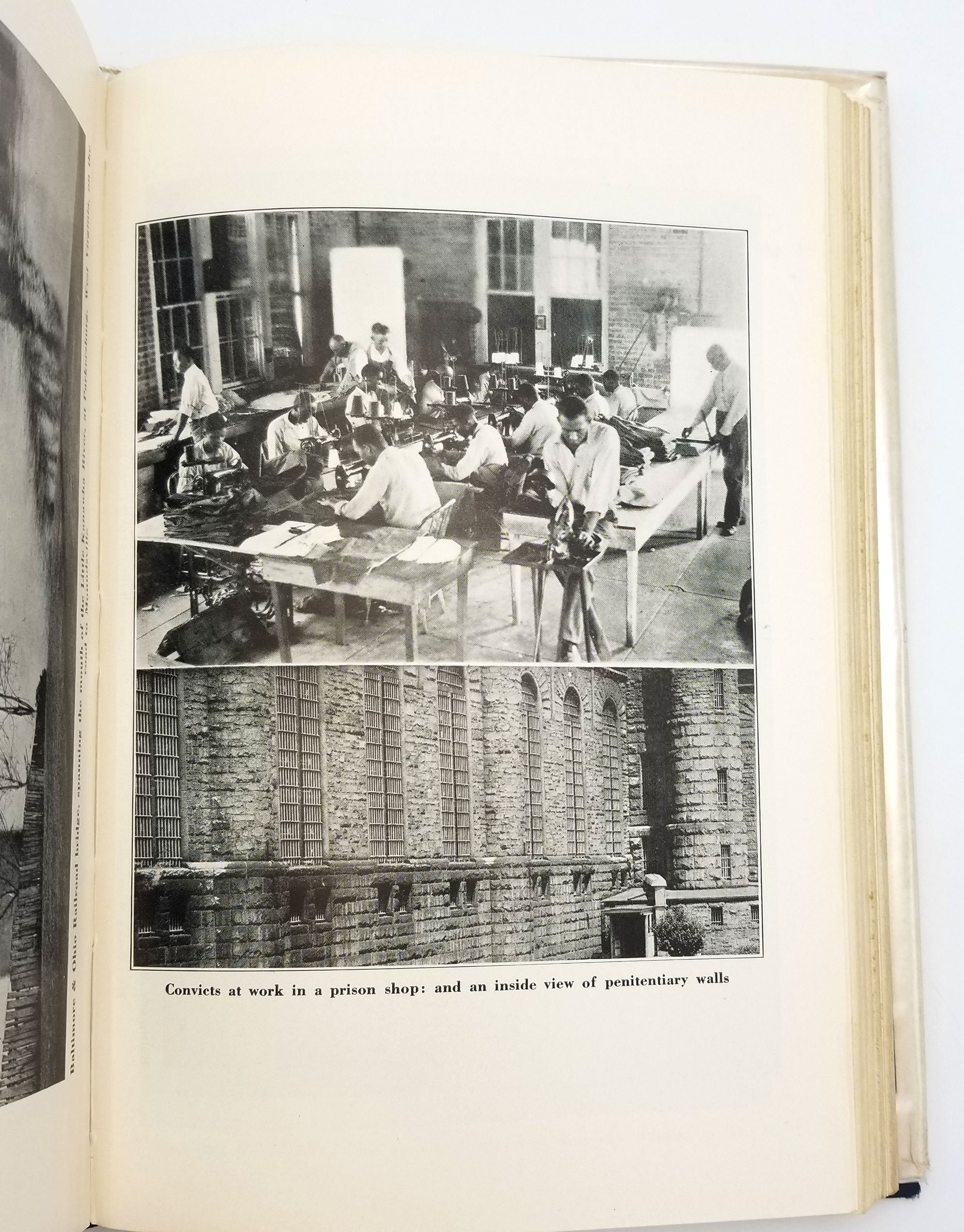 Title: The Trail of the Dead Years

Description: Inscribed by Dudding on ffep. Blue faux-leather boards with gilt lettering. Head and foot of spine show wear. One inch section of biopredation along lower fore-edge of front board. Inner hinges cracked, but firm. Pages clean. About 60 photographs and a few other illustrations. Index. x, 342 pp. 9.25 x 6.25 inches. A scarce inscribed and signed copy.

The personal account of Dudding of his conviction and imprisonment and his efforts, following his release, to reform the penal system and prison management for the benefit of the inmates and for their financially impacted families. He also puts forth his theories of criminality (including the biochemical predilection for crime) and discusses topics like alcohol, prohibition, and birth control. Earl Ellicott Dudding (1871-1973) was the head of the Prisoners Relief Society and which he founded in 1914. A wealthy merchant of West Virginia, he was convicted of voluntary manslaughter in 1910 and sentenced to five years incarceration. He served three years of his sentence at the Moundsville Penitentiary, and having made his own first-hand study of prison conditions, as well as through the testimony of others, he established the Prisoners Relief Society in order to further prison reform in the United States.

Includes the Official Directory of the Principal State and Federal Prisons and Penal Institutions in the U.S. (which includes state schools for girls and boys, convict farms--colored, industrial schools, workhouses, etc.).

The inscription reads, "This book is given / to my friend G R. Buskirk / in memory of Doctor / E. S. Buffington / E. E. Dudding / Oct 4 - 1933". (Doctor Edward Stanard Buffington ( 1847-1929) was a close friend of the Dudding's. He is mentioned multiple times in the book, including where it is noted that he was the one who suggested the name Prisoners Relief Society. He was the son of Huntington's first mayor, and was himself mayor in 1879-1880. After serving in the Confederate Navy during the war, he studied medicine at Jefferson College in Philadelphia and graduated in 1872. He then practiced medicine in Huntington as a family doctor.)