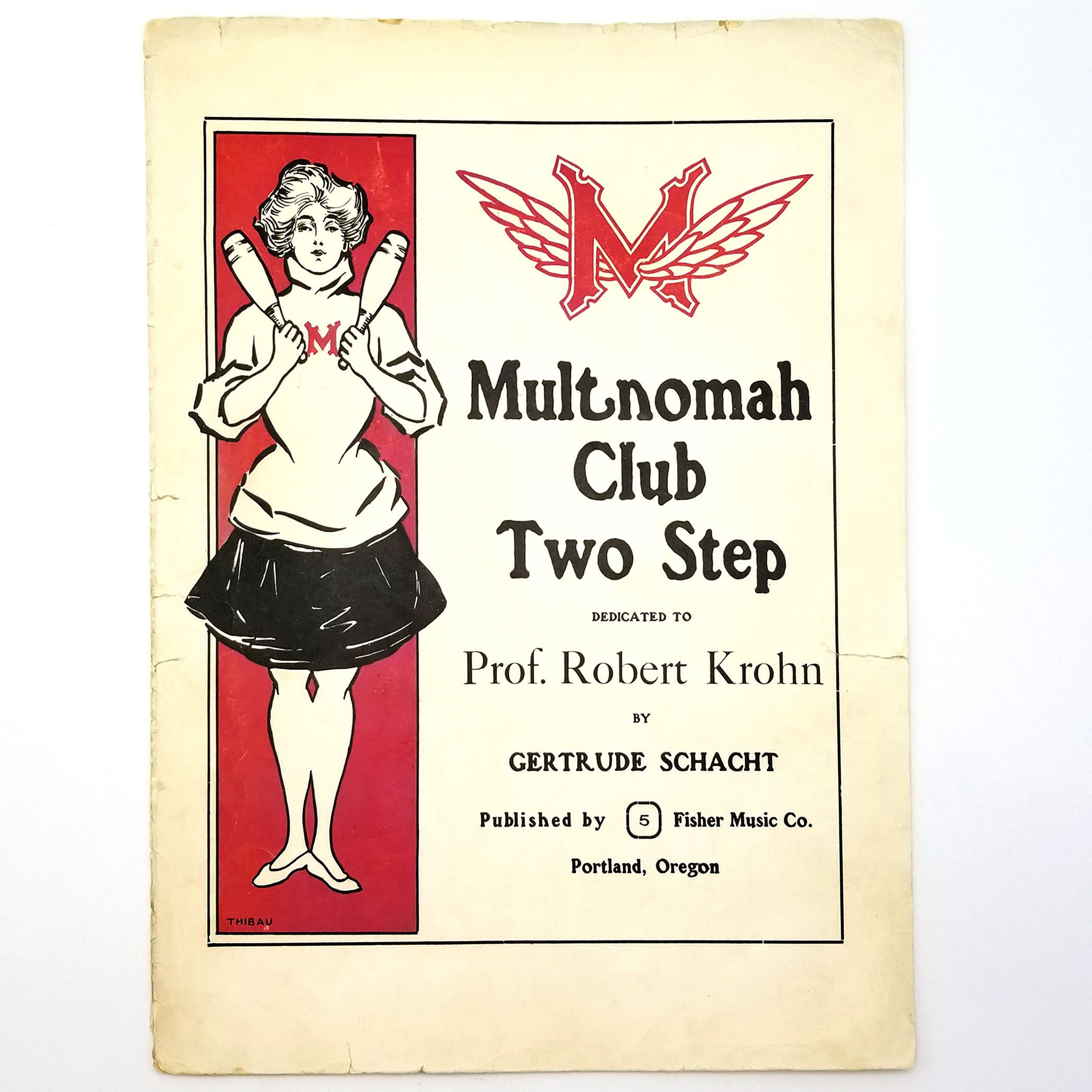 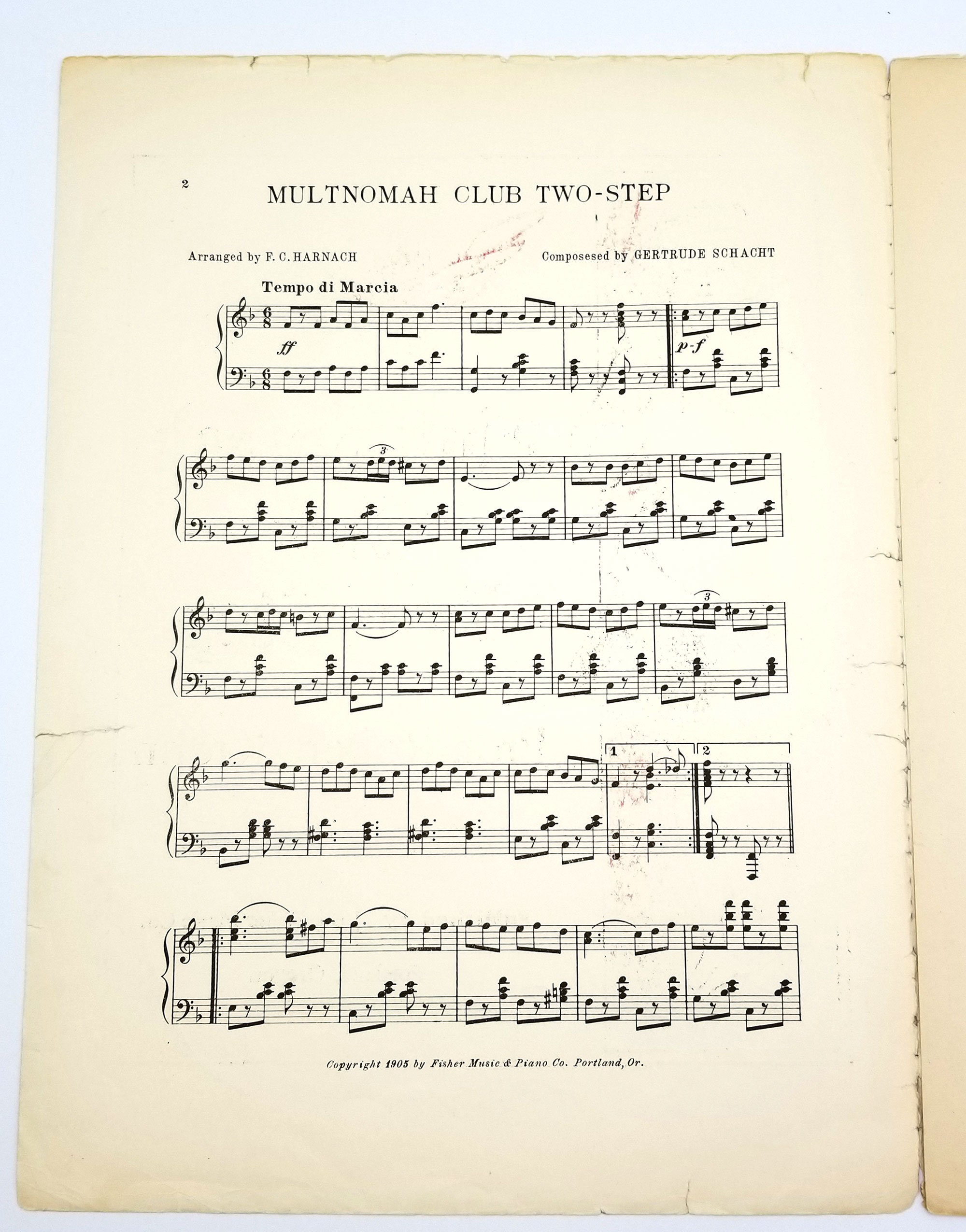 Description: Sheet music. One page insert with covers featuring a front pictorial (showing a young woman brandishing two juggling pins and wearing a skirt and a top garment emblazoned with a "M"). Four pages of music. Covers are rubbed and edgeworn; a few closed tears. There is a bit of dry-transfer of color on the inside of the front cover. Music is unmarked. 14 x 10.5 inches.

The "Multnomah Club Two Step" was first performed publicly on December 9, 1905 by the Parson's Orchestra at the Multnomah Amateur Athletic Club. It was written by Gertrude Schacht and arranged by F. C. Harnach.

This piece of music was officially dedicated to Professor Robert "Bob" Krohn, the Director of the Multnomah Athletic Club between 1899 and 1913. He had also been the Director of Physical Education for Portland schools since 1893 and in which association he remained involved until his death in 1937.