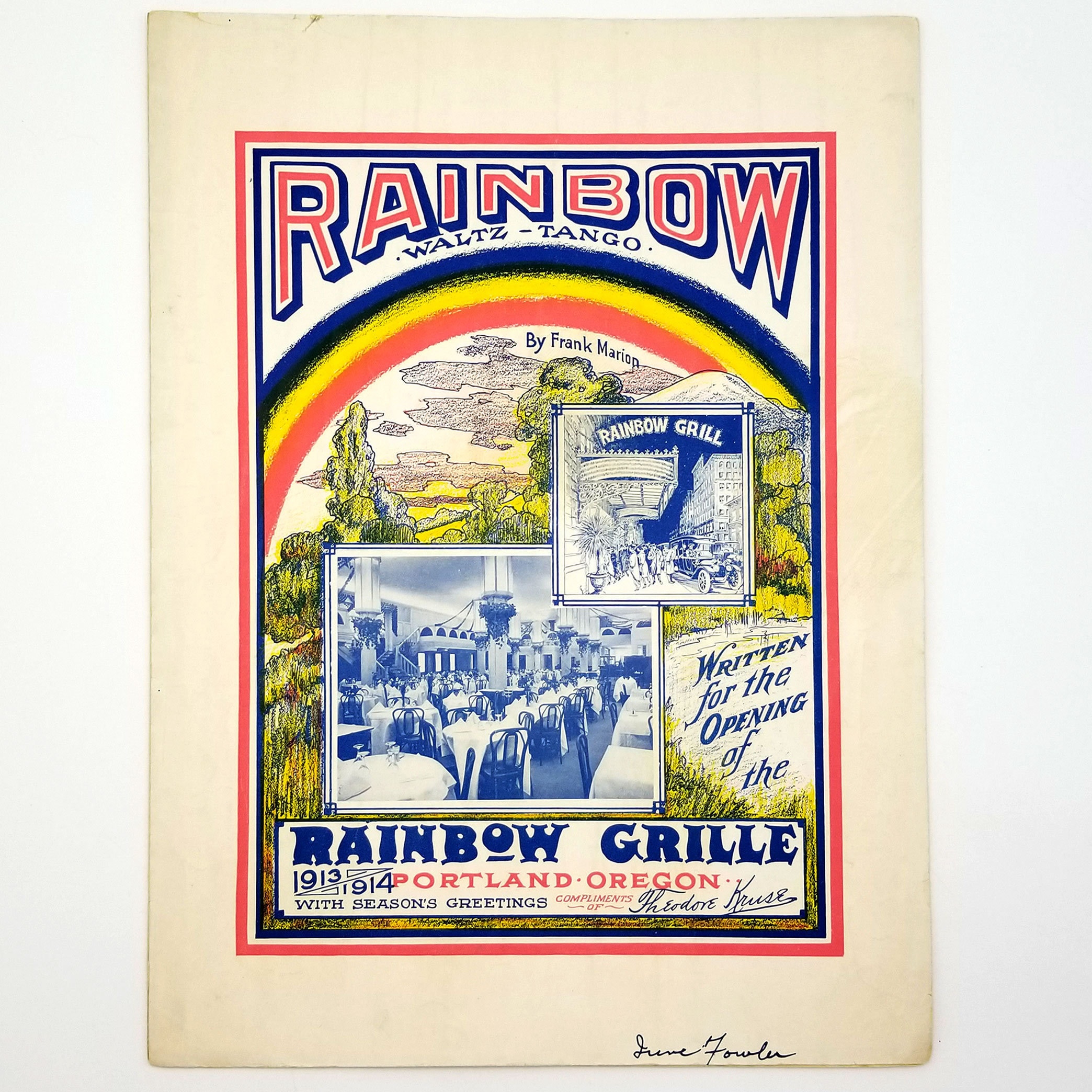 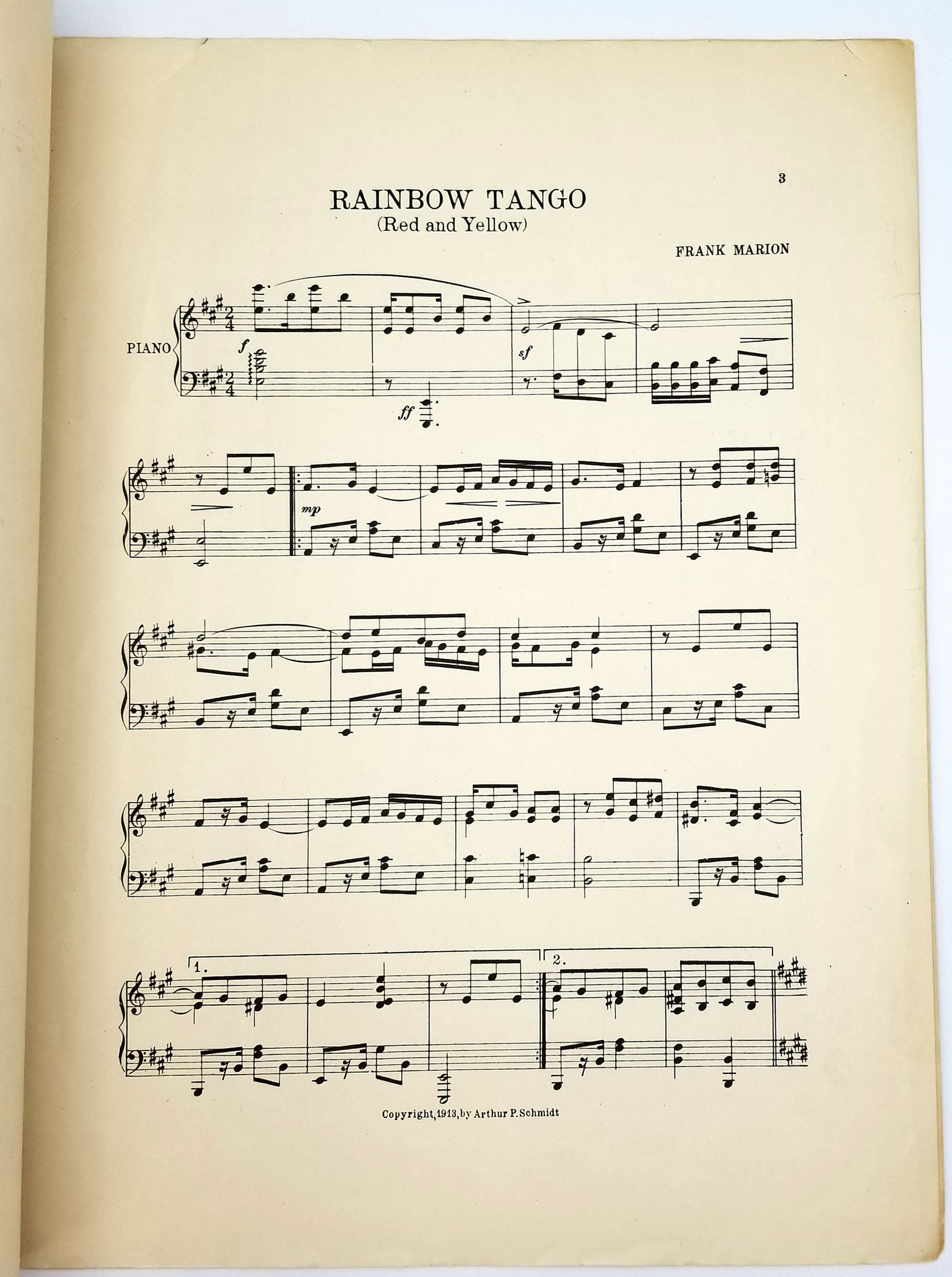 Description: Sheet music for piano. One page insert with covers featuring a front pictorial (showing a photograph of the restaurant's interior and an illustration of its street and front entrance). Three pages of music. Covers are rubbed and lightly thumbed. Previous owner's name at foot of front cover, else unmarked. 13.75 x 10.5 inches.

Written for the opening of the Rainbow Grill in 1913 and published with the compliments of the proprietor, Theodore Kruse.

Portland's Rainbow Grill, located downtown in the Morgan Building at SW 7th & Washington, was opened by Theodore Kruse on October 1, 1913. Less than two years later, with Kruse filing for bankruptcy, it went out of business and closed its doors June 14, 1915.

Kruse had been a longtime Portland restaurateur who had previously operated the Louvre Cafe at the Belvedere Hotel, a well-known hangout for Portland's homosexual underground. After closing the Louvre, he opened the Rainbow Grille. The Rainbow Grill's interior was decorated by Lipman, Wolfe, & Company.