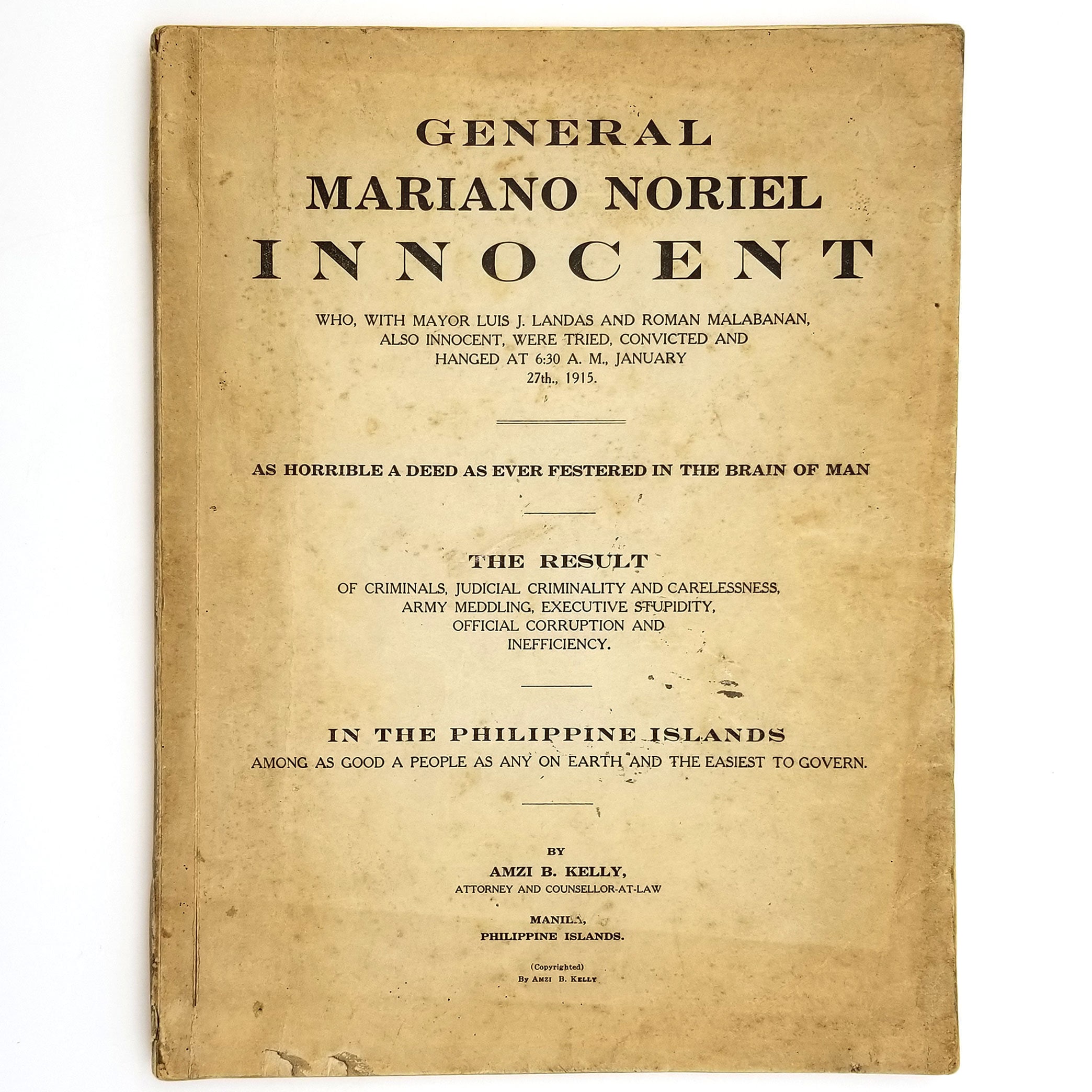 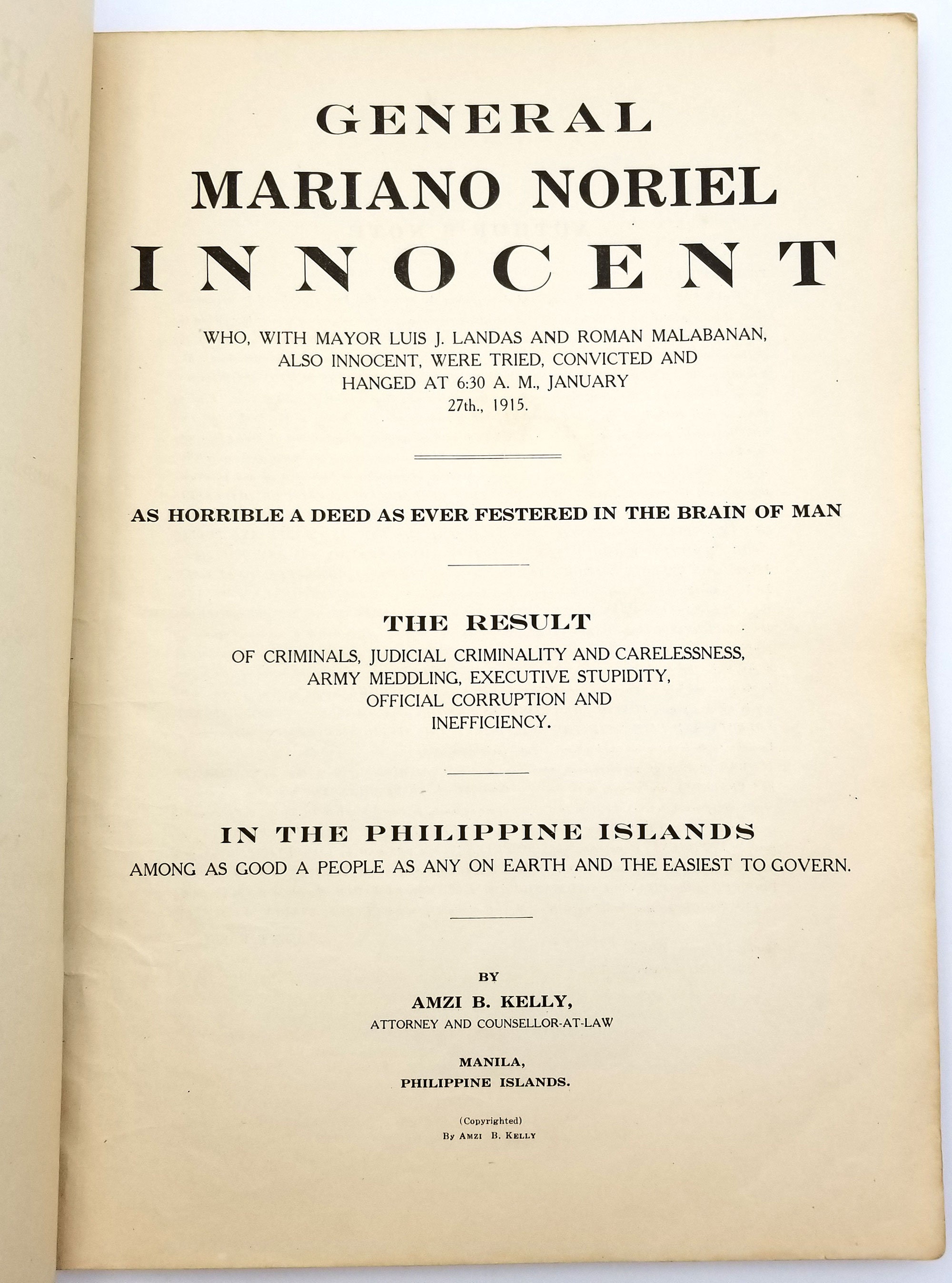 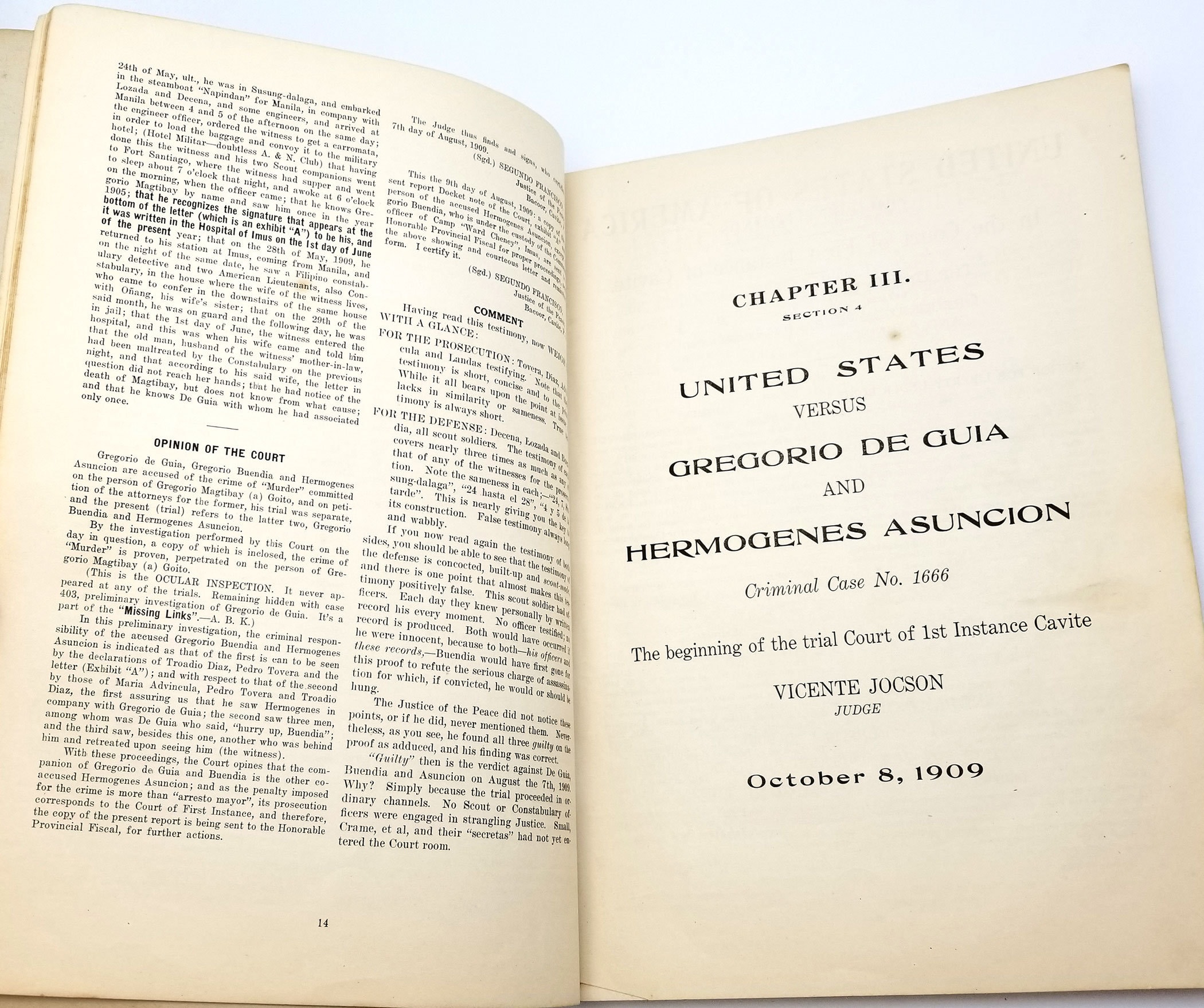 A collection of court proceedings (briefs, questioning, cross examinations, exhibits, etc.) and investigative findings, with commentary by Amzi Kelly, in the various trials that involved the murder of Gregorio Magtibay, a murder which occurred in May 1909 in the city of Bacoor, Cavite Province, Philippine Islands. These cases were heard in the Court of First Instance of Cavite.

Mariano Noriel (c. 1864-1915) was a Filipino general who fought during the Philippine Revolution and the Philippine-American War. He was tried and convicted for murder, along with Luis J. Landas and Roman Malabanan. The case was appealed to the U.S. Supreme Court, but the defendants were hanged before the court's reversal was received from Washington.

Amzi B. Kelly (1872-1930) was the Irish-American attorney from Texas that represented General Noriel and who appealed his case before the U.S. Supreme Court. A veteran of the Spanish-American War, he was for more than two decades one of Manila's most prominent attorneys.

The full title is: "General Mariano Noriel, innocent, who with Mayor Luis J. Landas and Roman Malabanan, also innocent, were tried, convicted and hanged at 6:30 A. M., January 27th, 1915. As horrible a deed as ever festered in the brain of man, the result of criminals, judicial criminality and carelessness, army meddling, executive stupidity, official corruption and inefficiency. In the Philippine Islands among as good a people as any on earth and the easiest to govern.