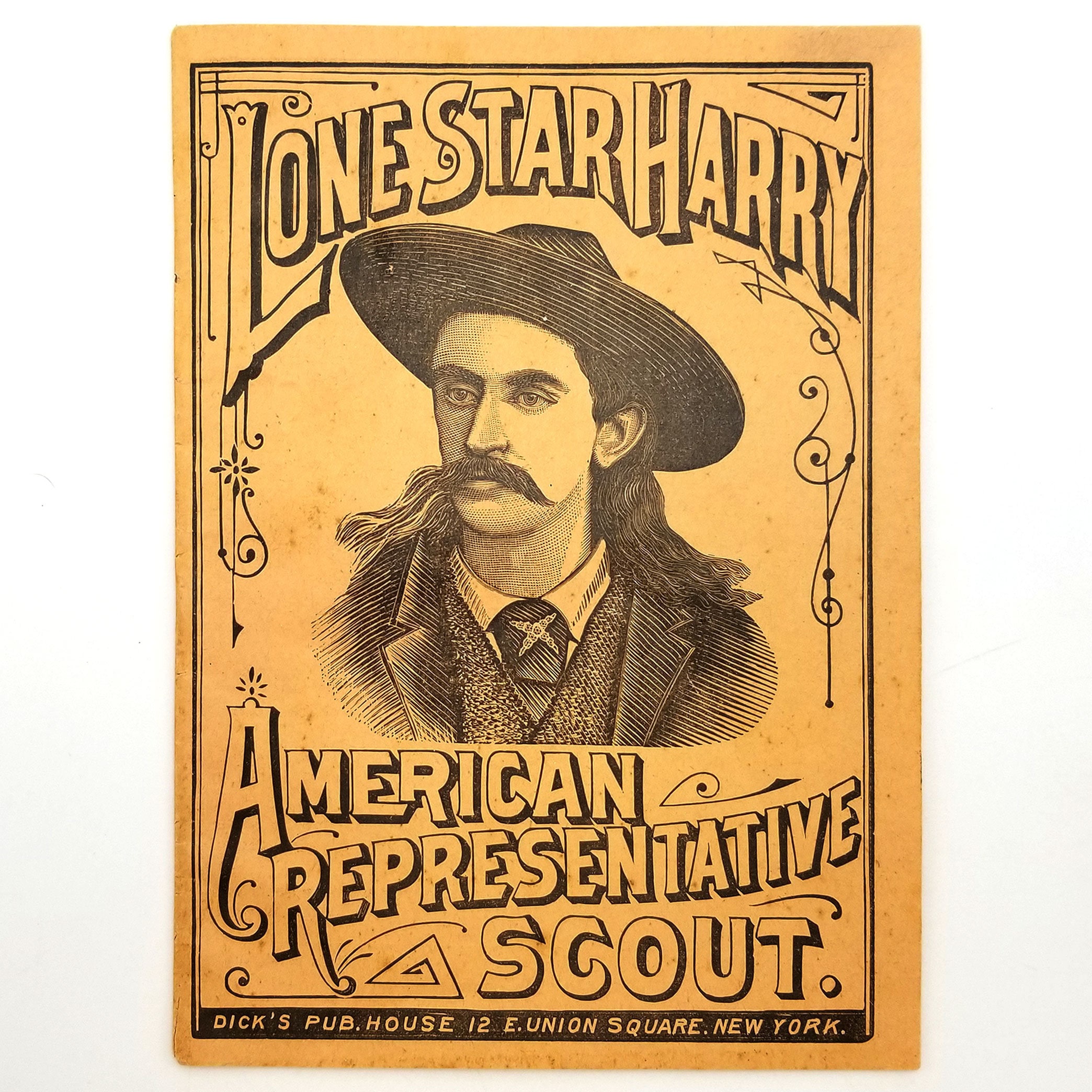 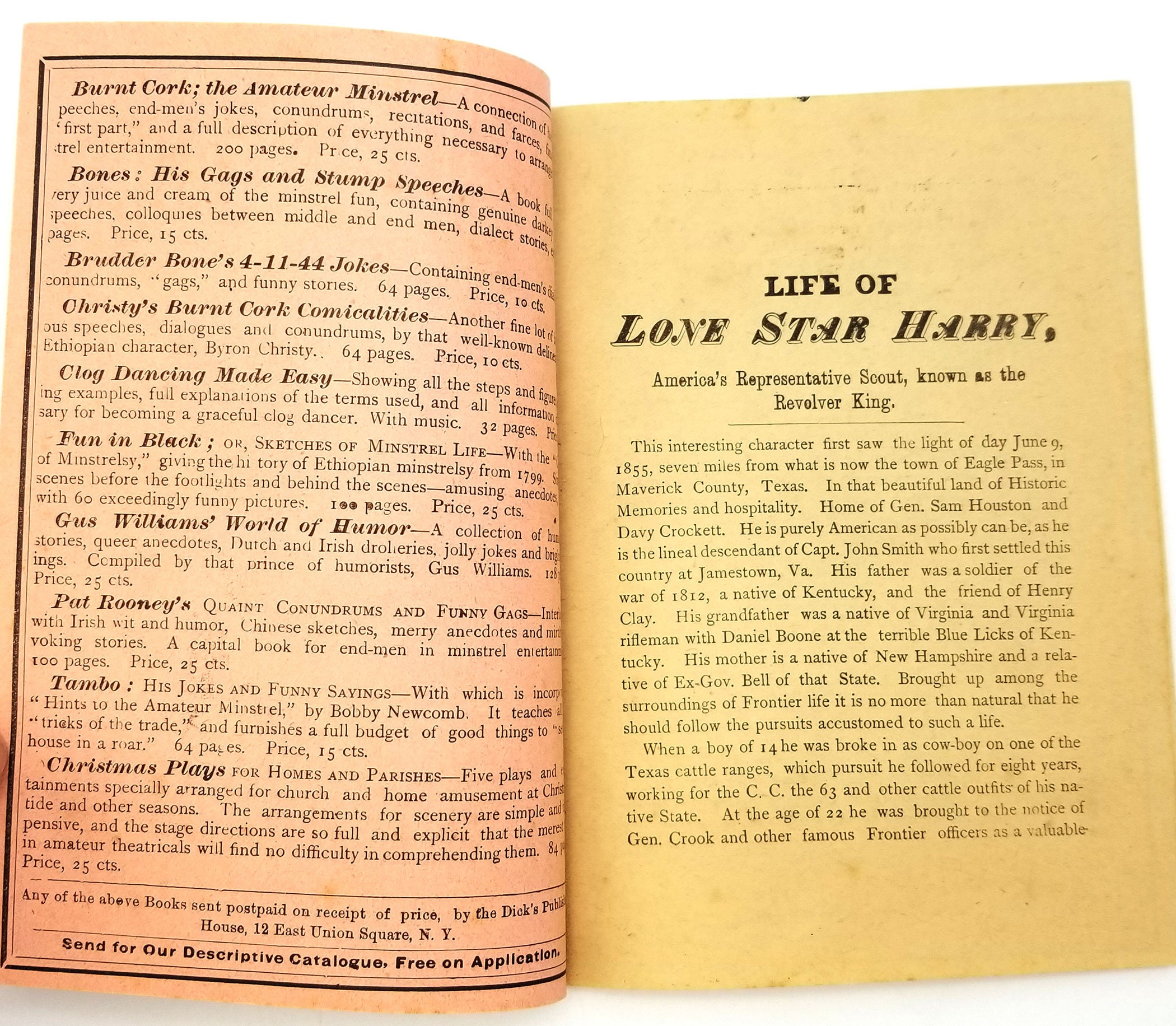 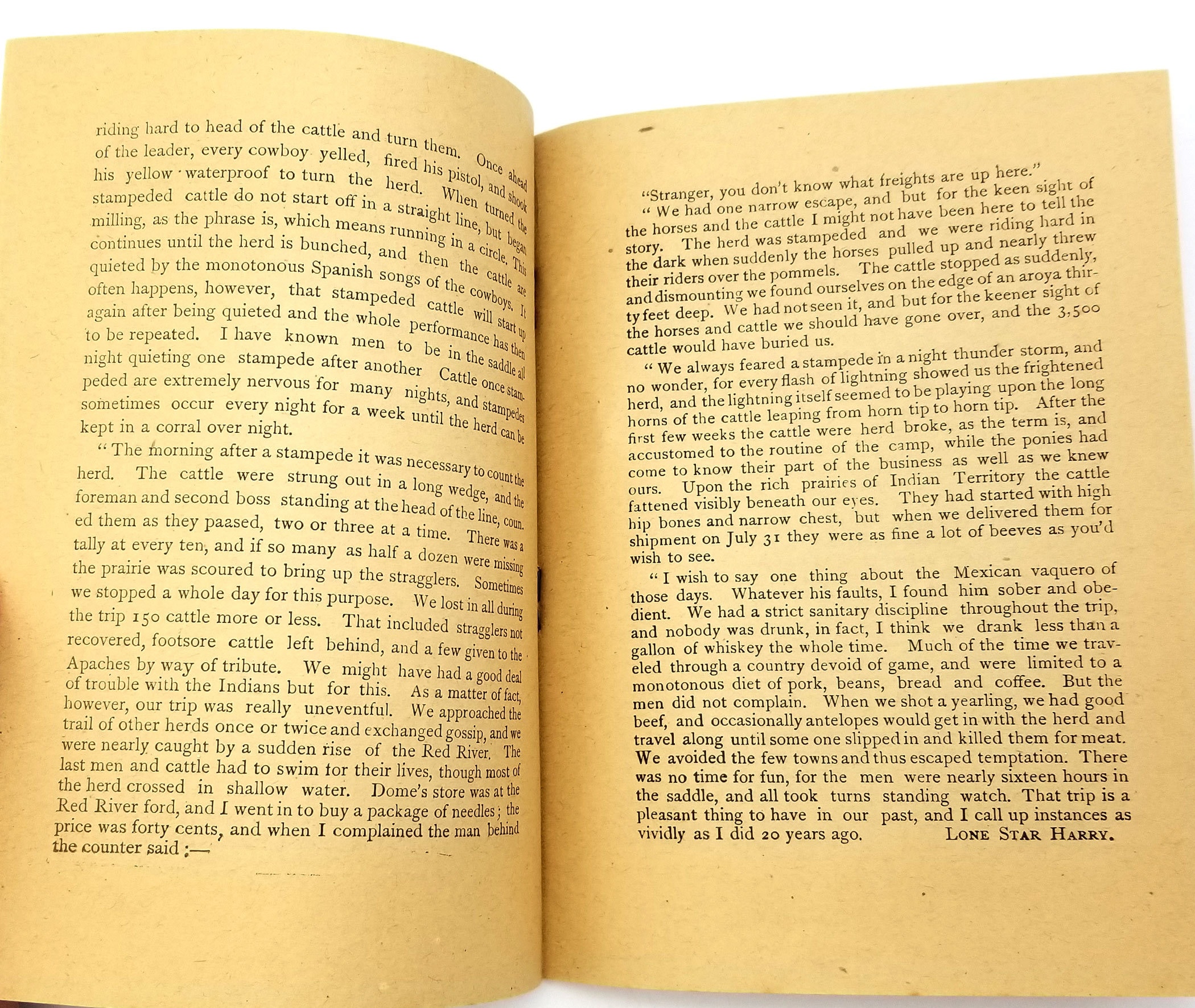 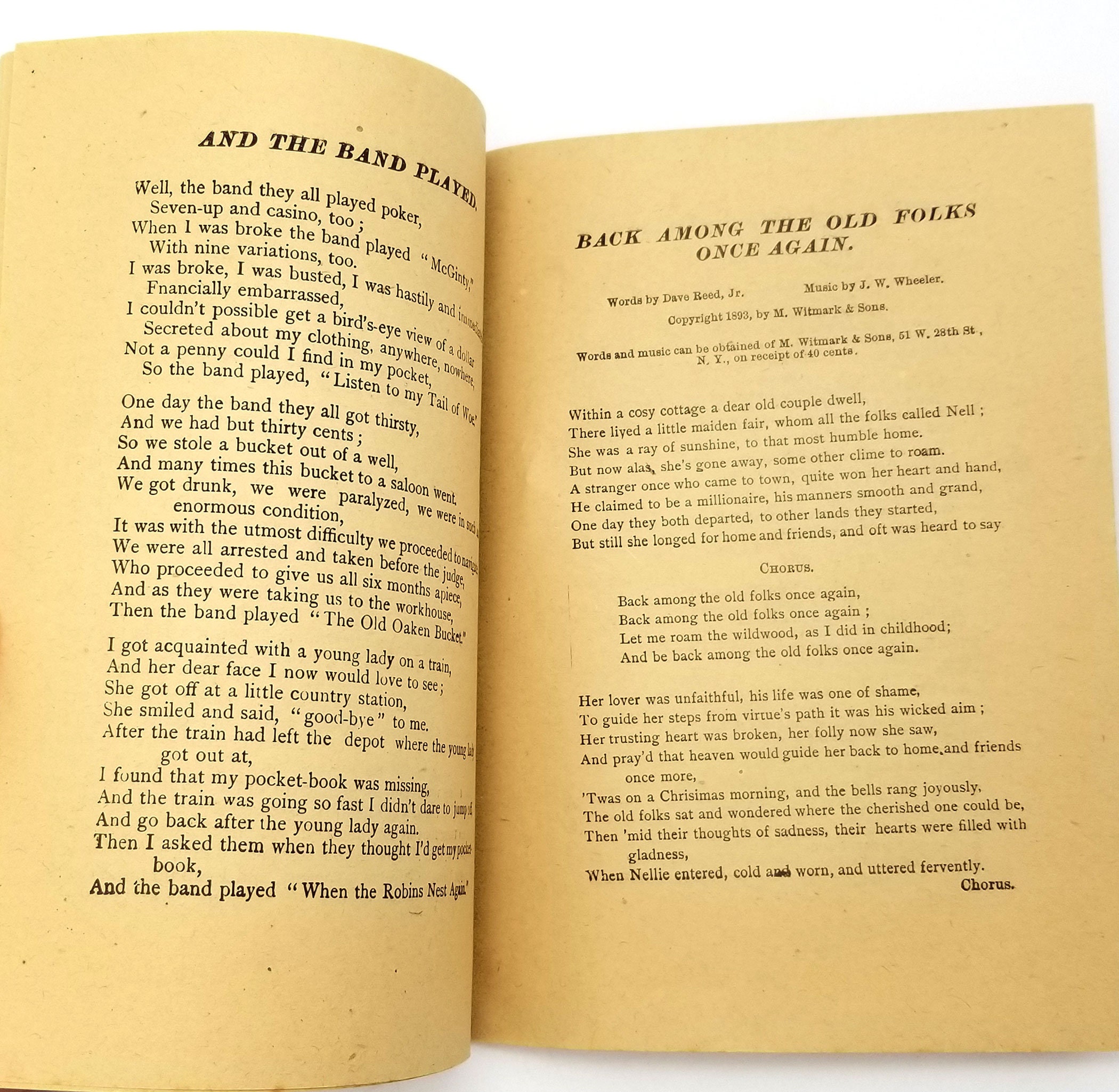 Includes a biography of Lone Star Harry and his six page essay "My Experience on the Texas Cattle Trail," which describes his experiences of an 1882 cattle drive from the King Ranch in Nueces County, Texas to Nebraska with 3,500 cattle. The booklet is rounded out with Harry's brief instructions for the handling of revolvers, a few pages of song lyrics, and advertisements for other titles available from Dick's Publishing House.

Lone Star Harry was an expert marksman and entertainer who appeared with various Wild West shows in the early 1890's and traveled the show circuit independently between 1893 and 1904. He was sometimes known as "the Revolver King" and was promoted as demonstrating the western method of using firearms as well as trick rifle and revolver shot.

The biography of Lone Star Harry states that he was born near Eagle Pass in Maverick County, Texas on June 9, 1855 and worked as a cattleman between the ages of 14 and 22 (including time with C.C. Slaughter's outfit). He was discovered by the Indian fighter General George Crook and was employed as a frontier scout until 1889, and then began touring with the Wild West Shows. Between 1890 and 1893 he performed with Dr. Solomon's Wild West Show, the Capt. Nettie Littell Wild West Show, Pawnee Bill & Wichita Jack, and Buckskin Bill.