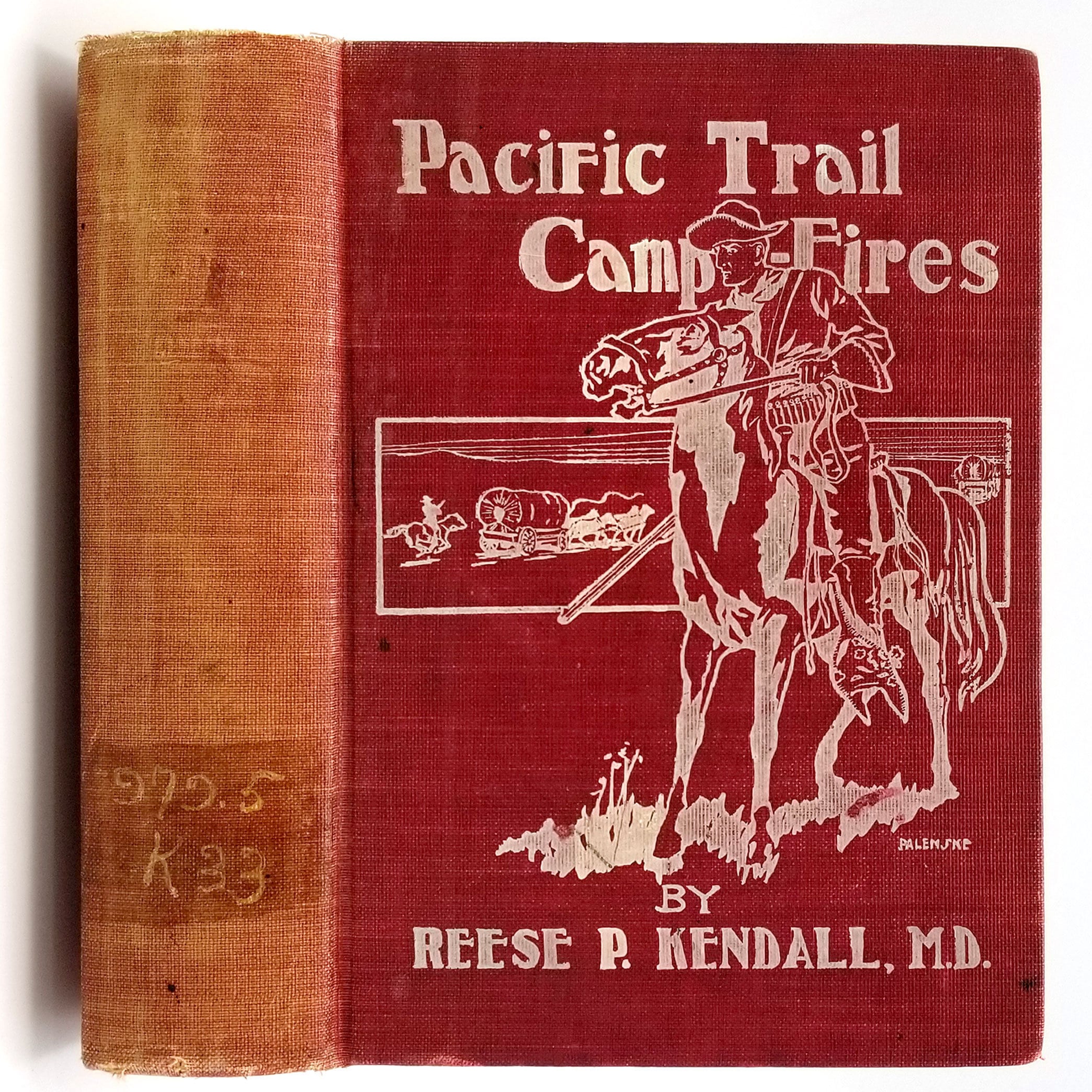 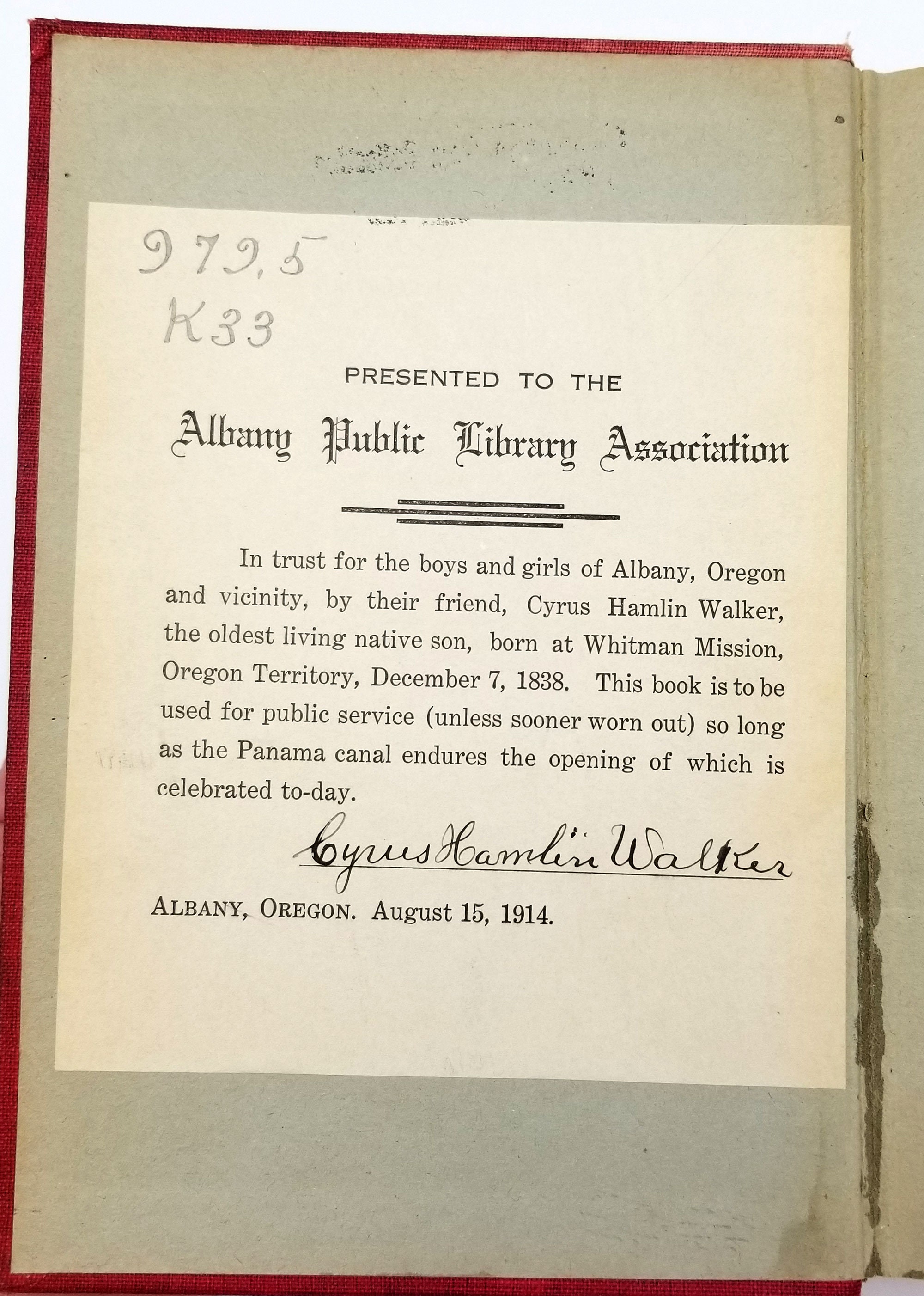 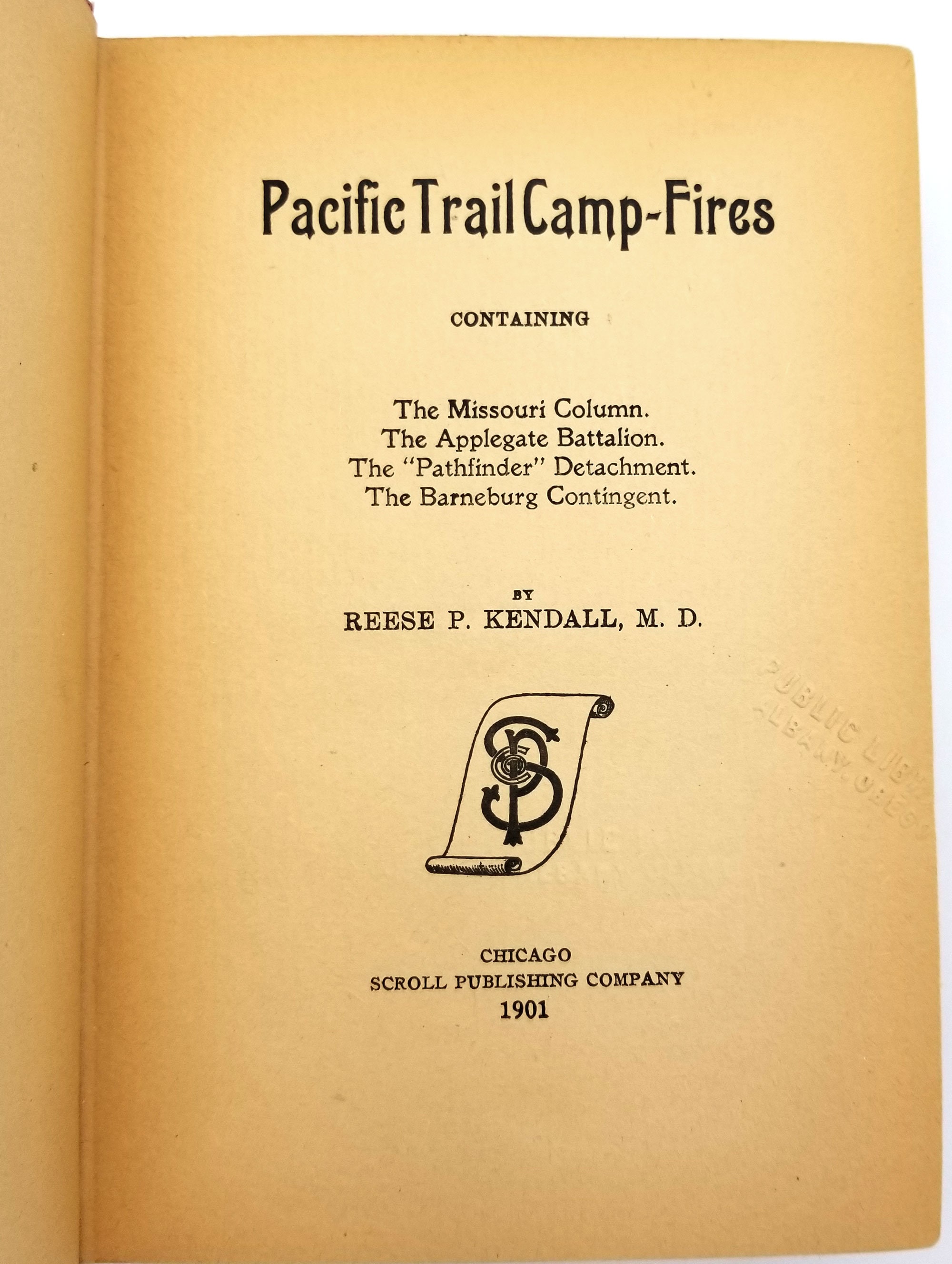 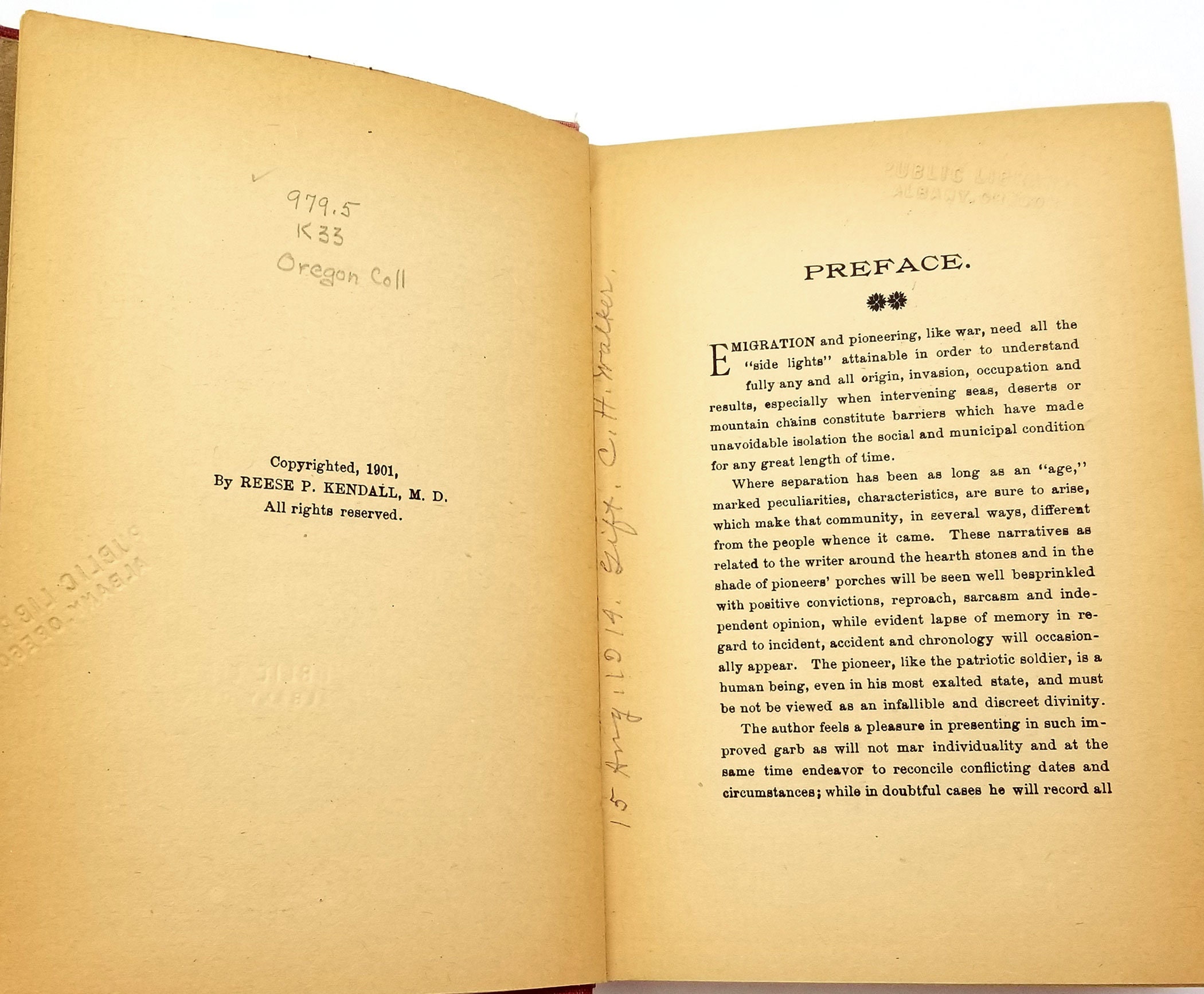 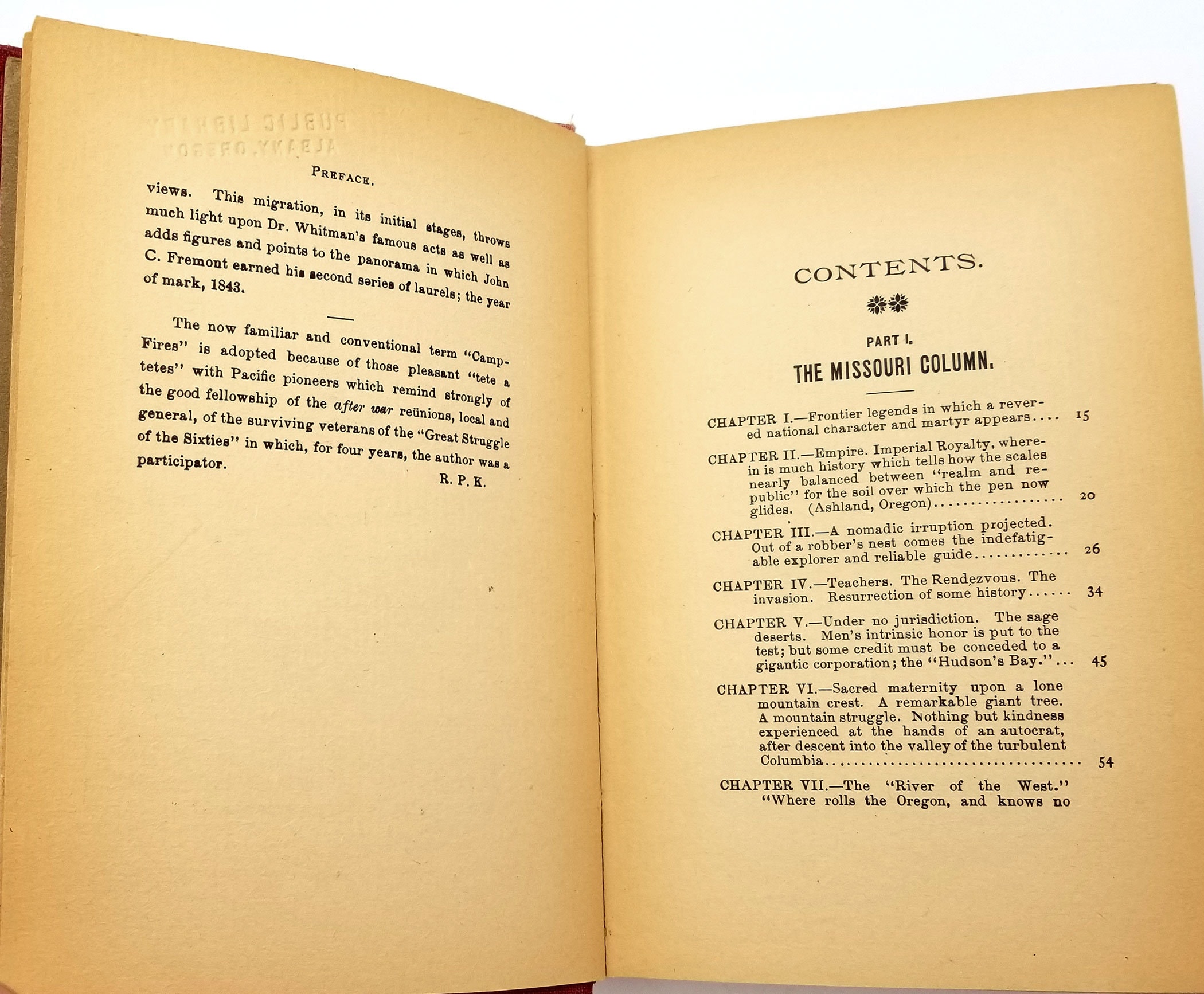 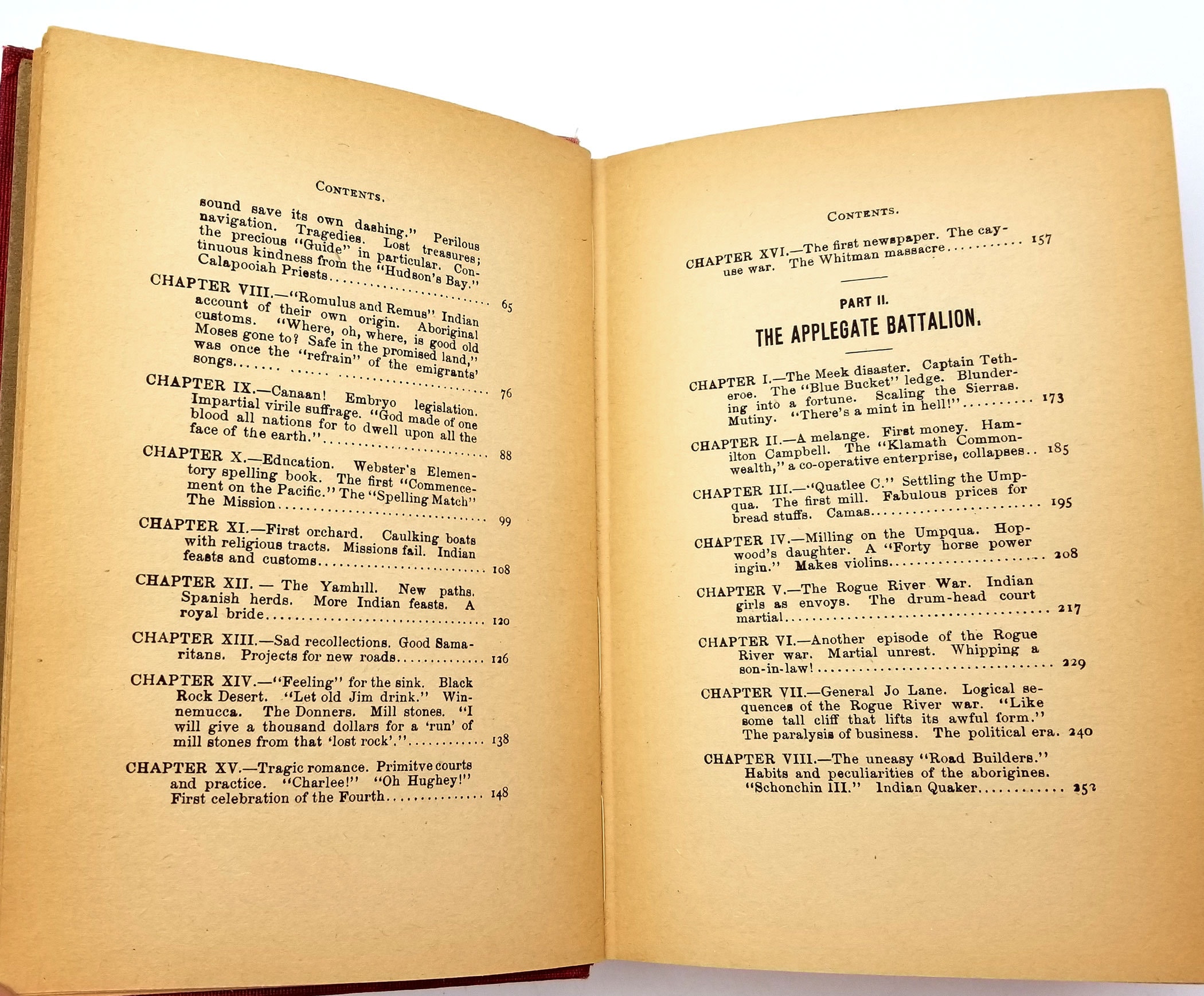 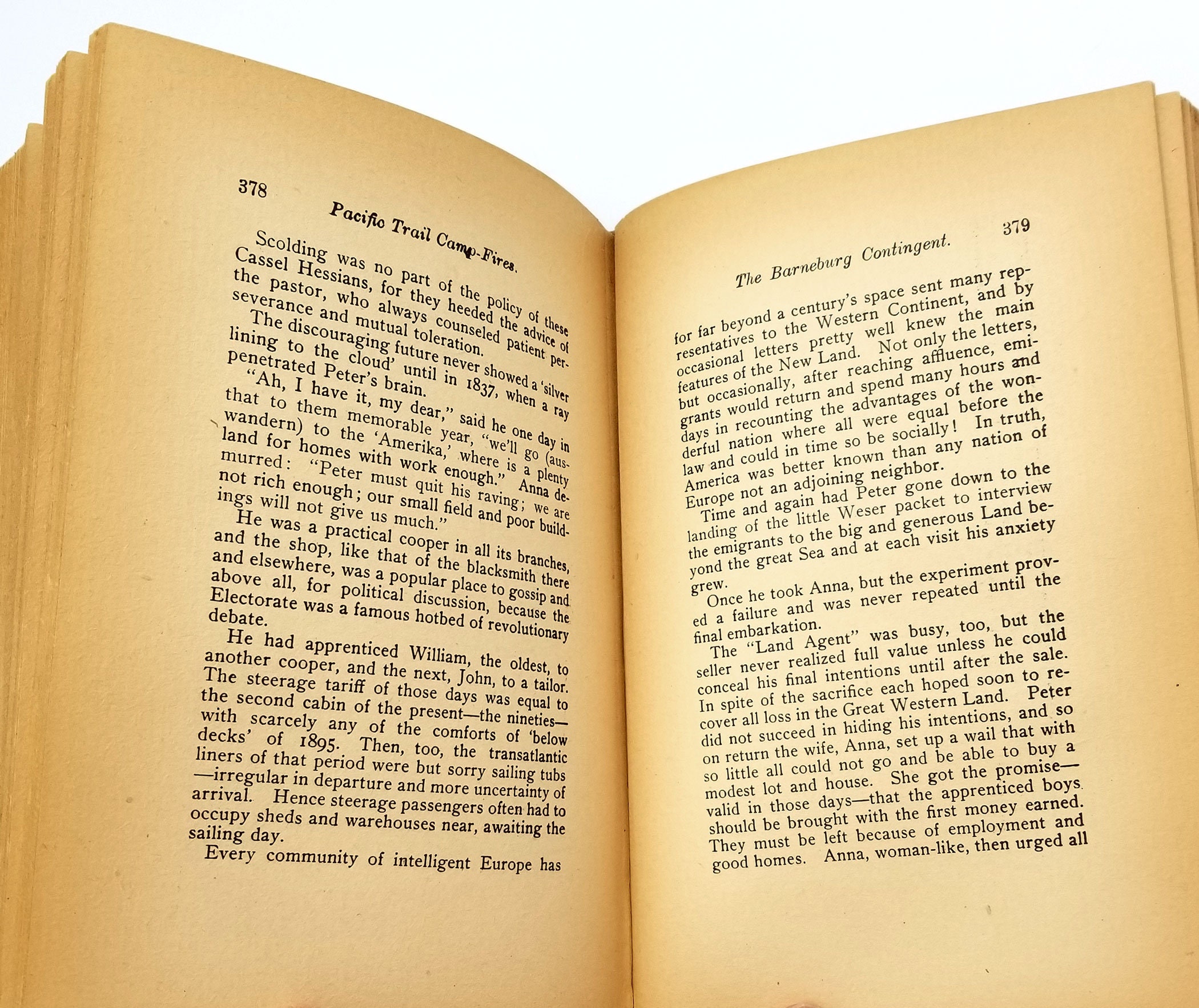 The author, through interviews with Elisha L. Applegate, Charles Taplin, and Fred Barneburg, draws an extensive and wide-ranging picture of Oregon Territorial history. Many aspects of western expansion and exploration, and the lives and experiences of the pioneers, including those with Native Americans, are recalled. This copy belonged to Cyrus Hamlin Walker (1838-1921), the second white male born in the Oregon Territory to survive infancy. Walker was conceived on the Oregon Trail and was born at the Whitman Mission at Waiilatpu, December 7, 1838. He was the oldest child of Elkanah and Mary Walker, pioneers from Maine and missionaries to the Spokane Indians.

The author, Reese Kendall, presented this copy to Cyrus Walker (1903 is penciled in, but he may have presented it earlier, see below). Walker, in turn, presented it to a local library on the day the Panama Canal opened, August 15, 1914. The presentation of the book was designated as commemorative of the canal's opening, as stated on the presentation bookplate. (Kendall referred to correspondence with Cyrus Walker, regarding his reading of Pacific Trail Camp Fires, in his newspaper column "From Oregon" published in the Beloit Weekly Times (Kansas), June 5, 1902, under his pseudonym "Arpie Kay" [R.P.K.].)

Dr. Reese P. Kendall (1829-1905) was a doctor, minister, and writer. During the Civil War he was the acting assistant surgeon of the Sixteenth Army Corps and from July 1864 to November 1865 he served as major surgeon of the Eleventh United States Colored Infantry. In 1882 he came to Oregon and served as a minister in the eastern part of the state for three years before heading back east. He returned to Oregon in 1893 and moved to Medford where he began writing for the Cincinnati Tribune. He is buried in a cemetery in Ashland.