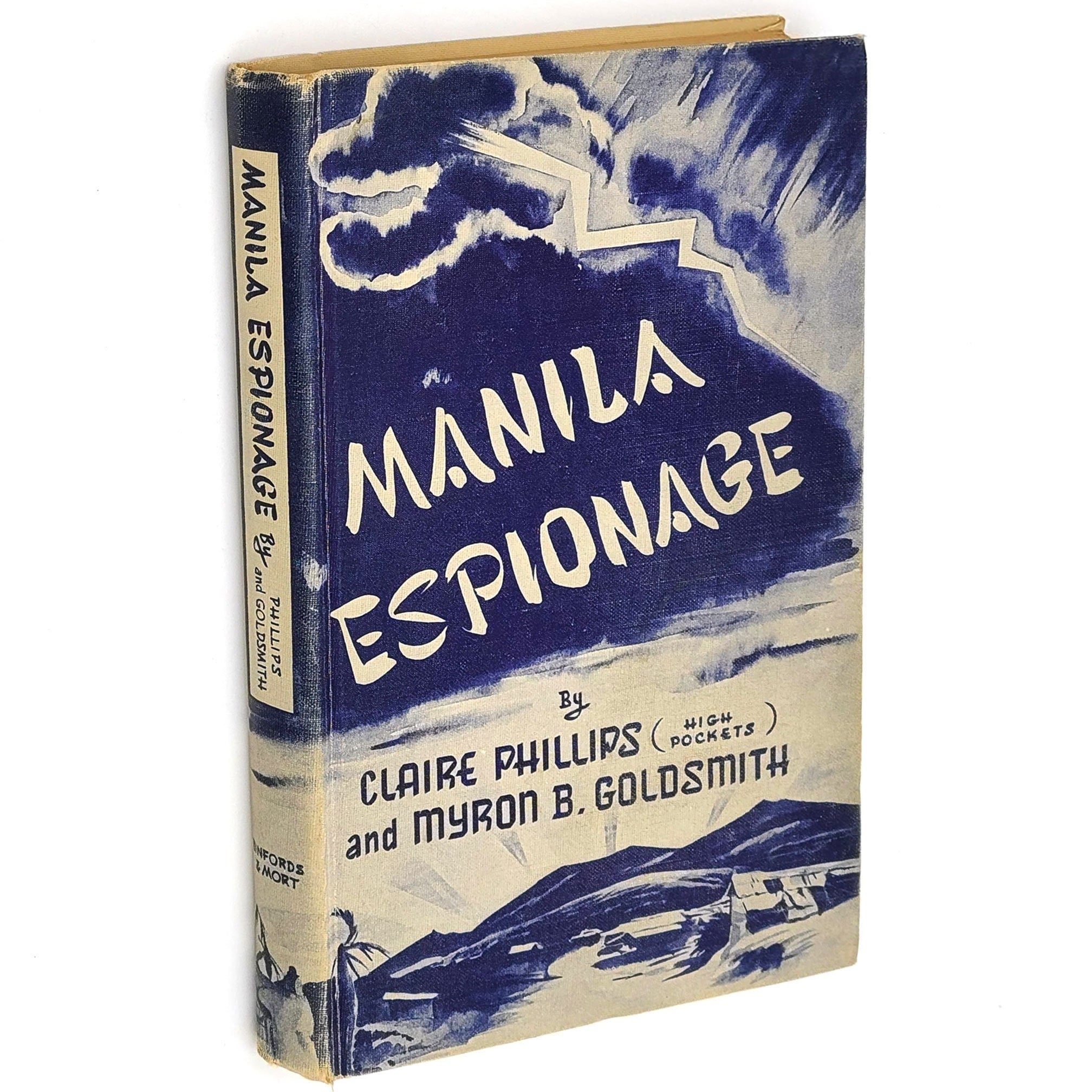 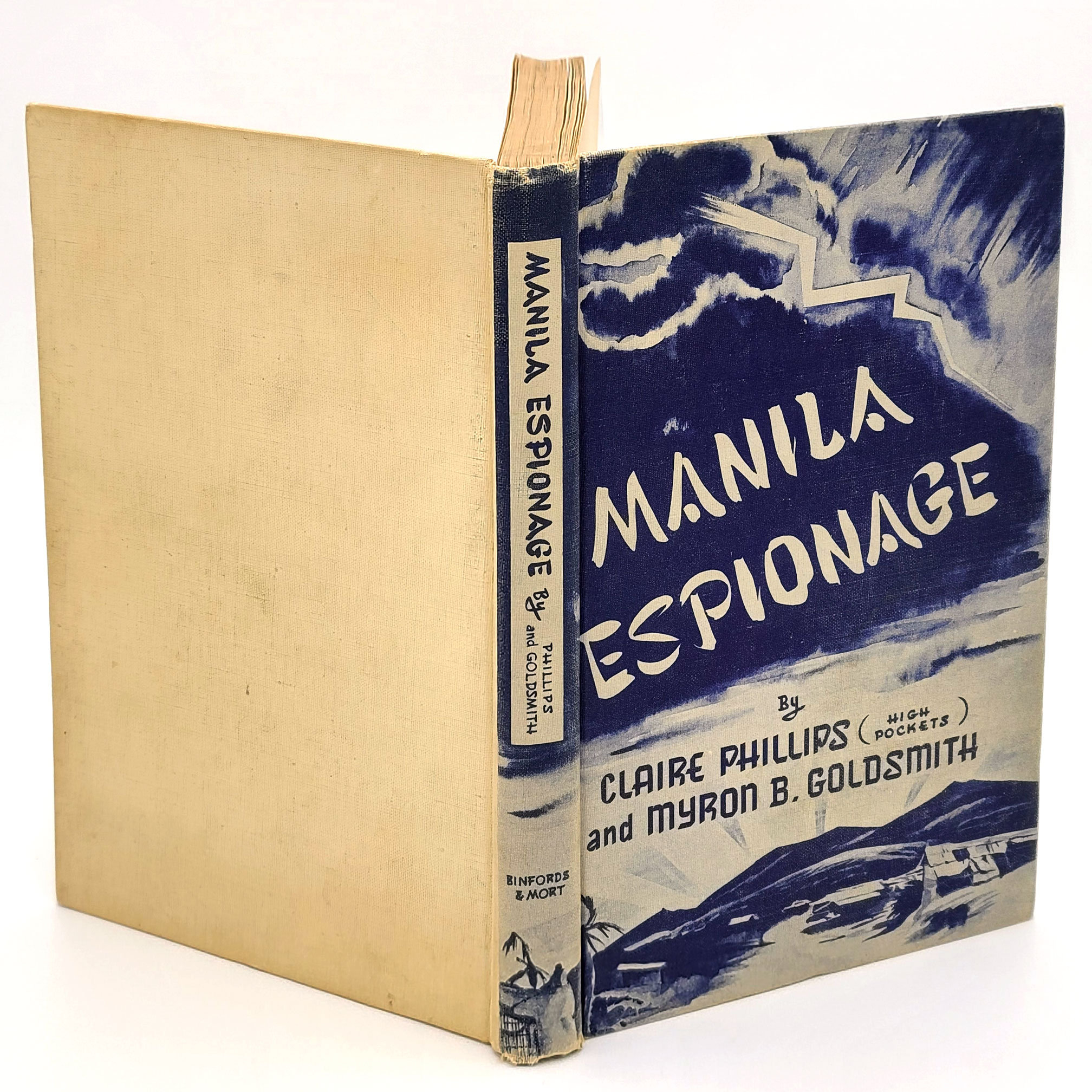 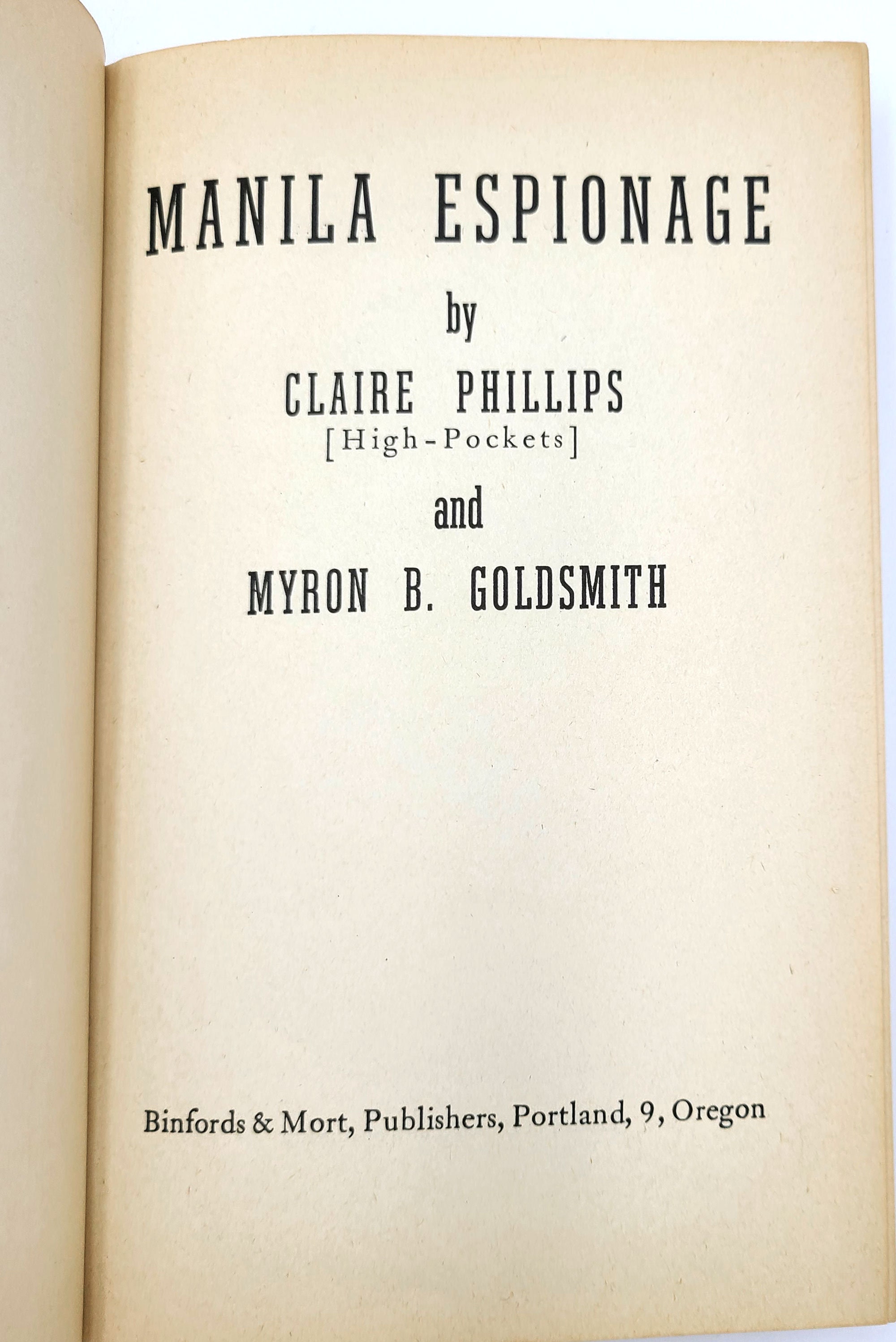 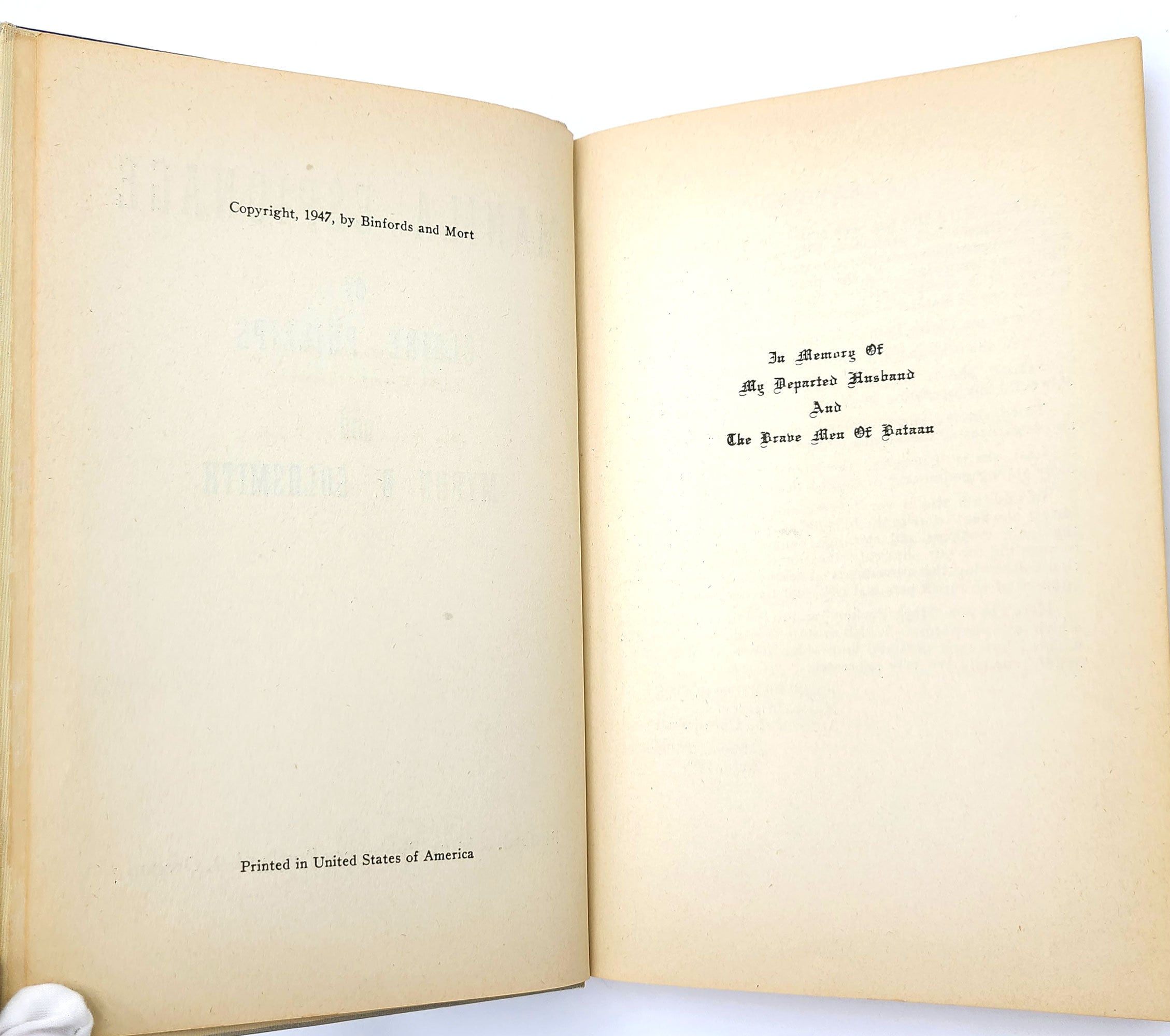 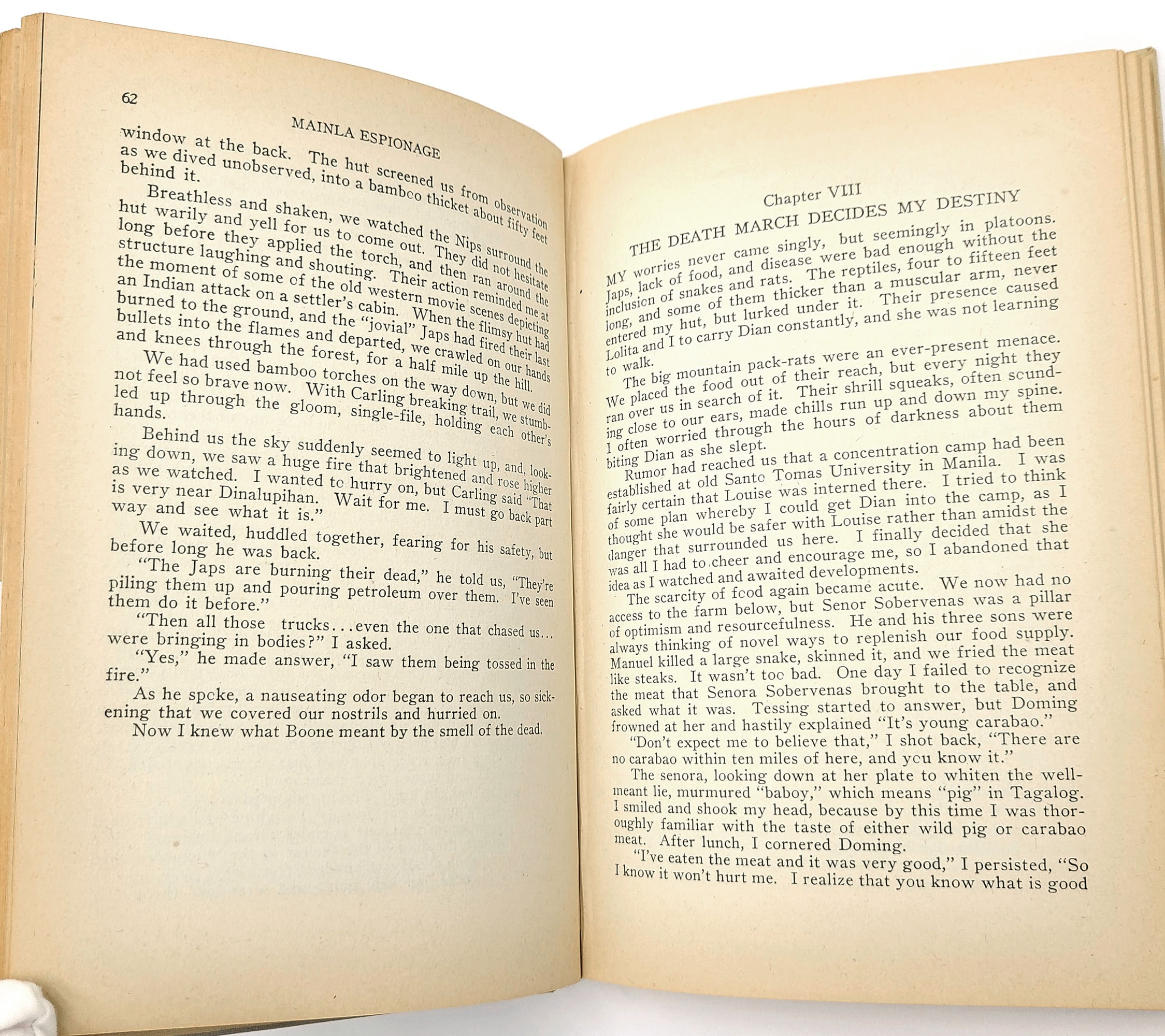 A vividly written, first-hand account of the wartime activities of American female spy Claire Maybelle Snyder (1907-1960), aka Claire Phillips. During WW II she ran a cabaret club in Manila (the Tsubaki Club), in the Japanese-occupied Philippines. Here, as part of spy ring that assisted the Philippine resistance, she gathered information on the Japanese officers with whom the club was popular. She was also instrumental in smuggling food, medicine, and supplies to the prisoners of the Cabanatuan POW camp. She was eventually captured and interned at the Santiago, Bilibid, and Fort McKinley camps, underwent torture, and endured the degrading camp conditions. She had been slated for execution, but was liberated by American forces in February 1945.

In 1951, she became the first woman to receive the Presidential Medal of Freedom, which was awarded to her upon the recommendation of General Douglas MacArthur. She grew up in Portland, Oregon and attended Franklin High School. In 1951, Manila Espionage was made into the movie "I Was an American Spy.