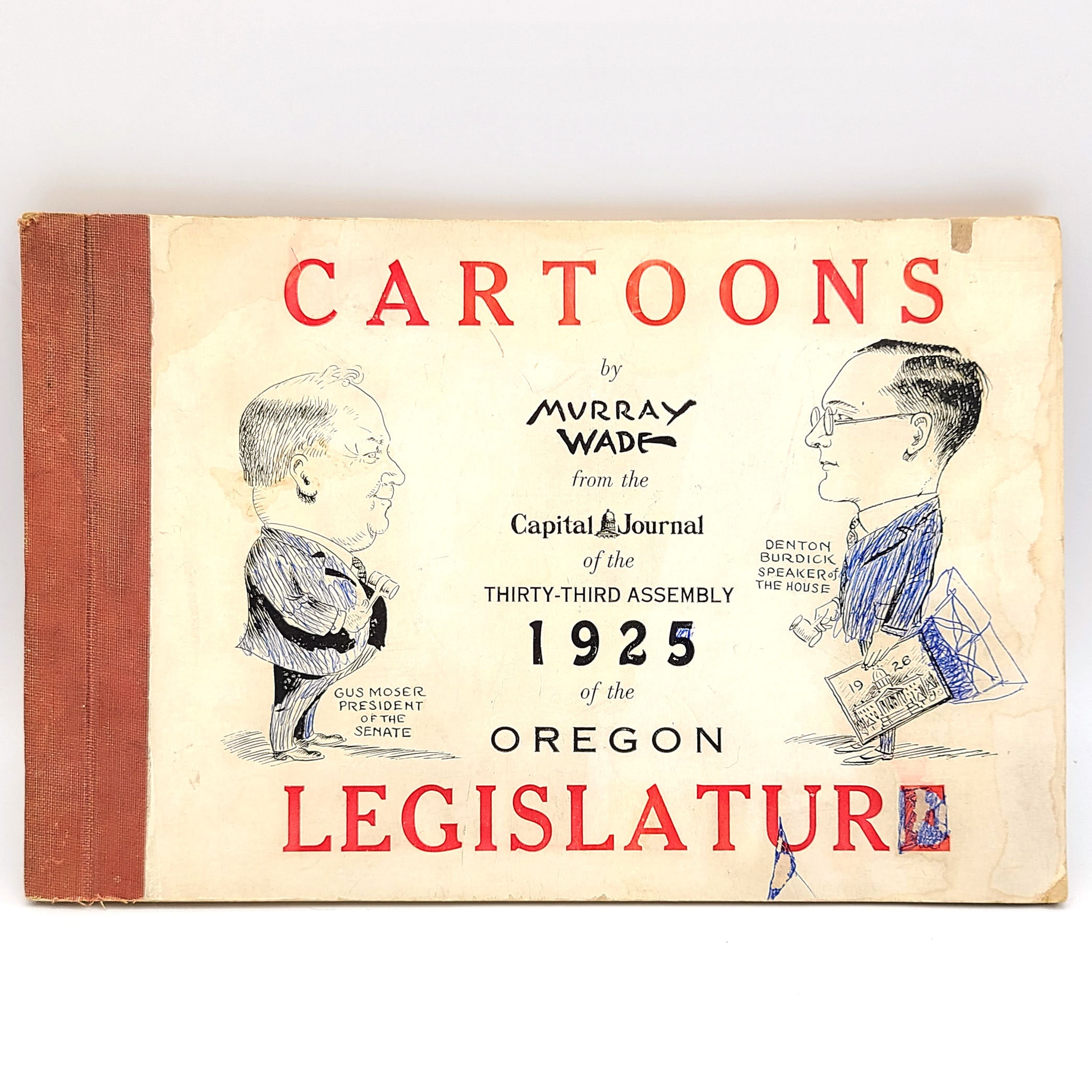 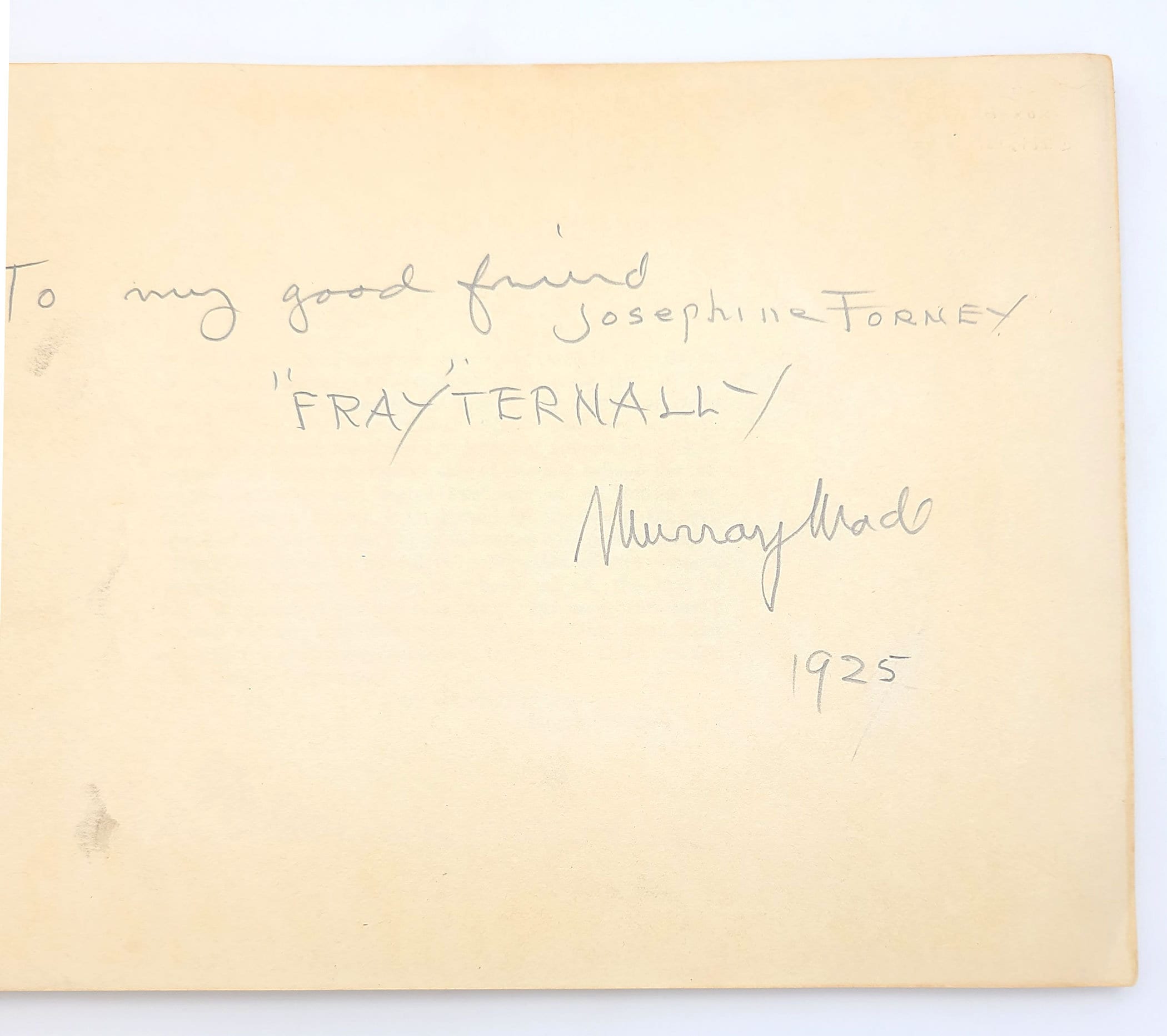 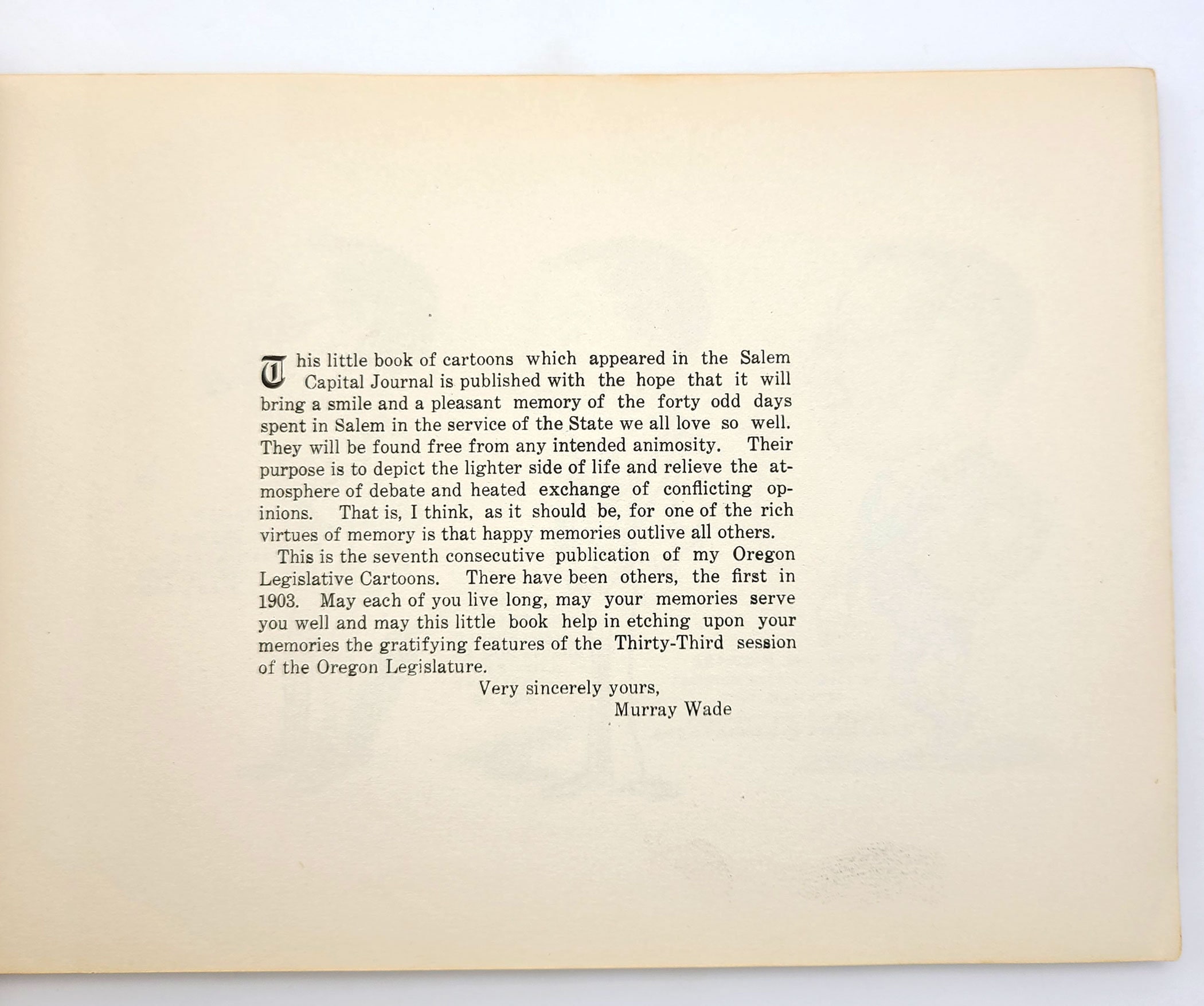 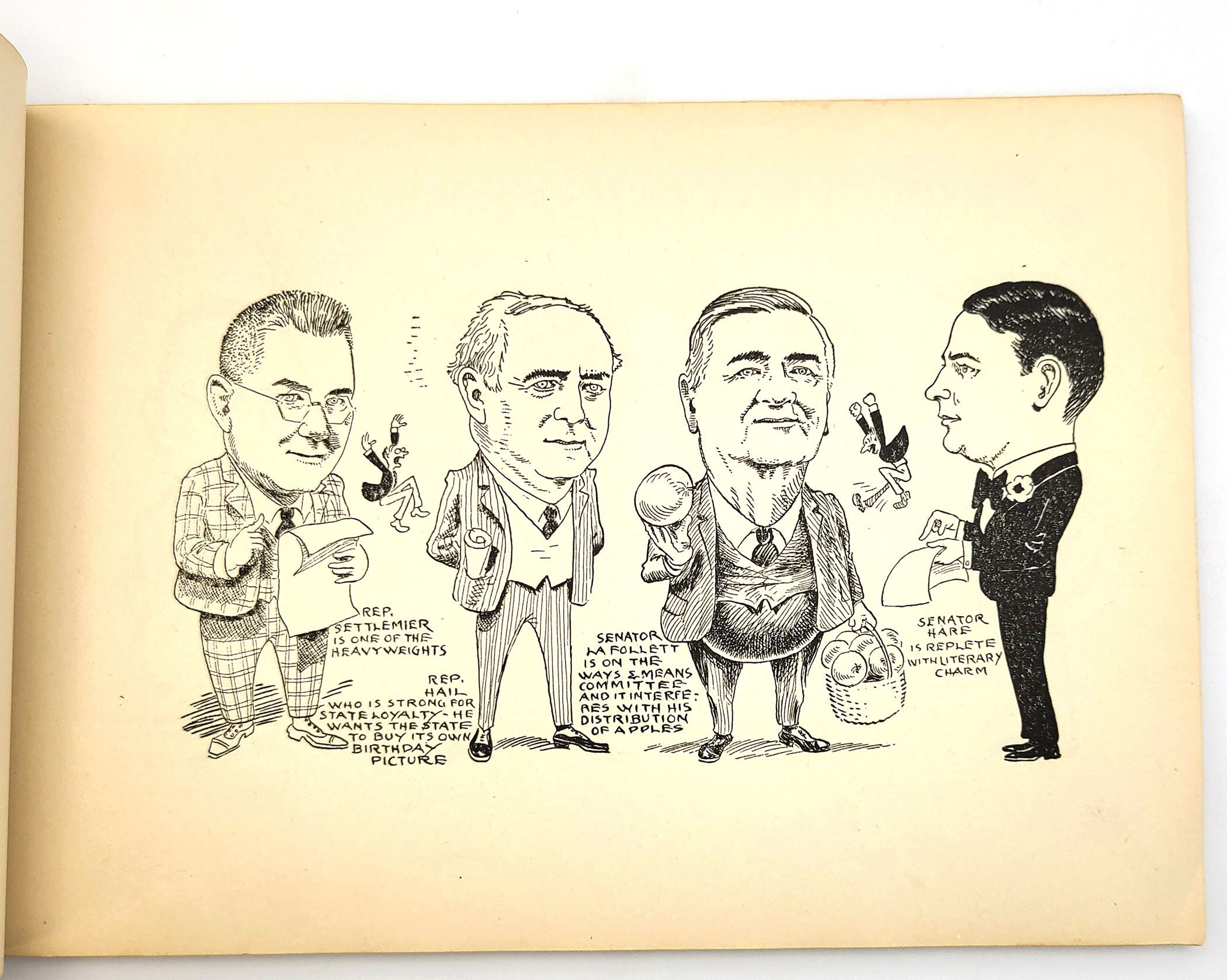 Title: Cartoons from the Capital Journal, of the Thirty-Third Assembly of the Oregon Legislature, 1925

Cartoons of 94 members of the 1925 Oregon state legislature, which includes one woman, the women's suffrage activist Mary Strong Kinney.

Inscribed by Murray Wade to Josephine H. Forney (1884-1946), a prominent member of Portland's civic and social life. Between 1924 and 1933 she served as the Executive Secretary of the Rose Festival. Prior to that she had worked as the publicity director for the Portland Chamber of Commerce and was president of the Business and Professional Women's Club. In 1941, she was hired by Mayor George L. Baker as the municipality's chief censor on the motion picture censor board.

Murray Wade (1876-1961) was a cartoonist and news writer. He had worked for the San Francisco Post, the San Francisco Examiner, and the Portland Telegram. Later, in Salem, he wrote a state-syndicated weekly column called "Captiol Parade.