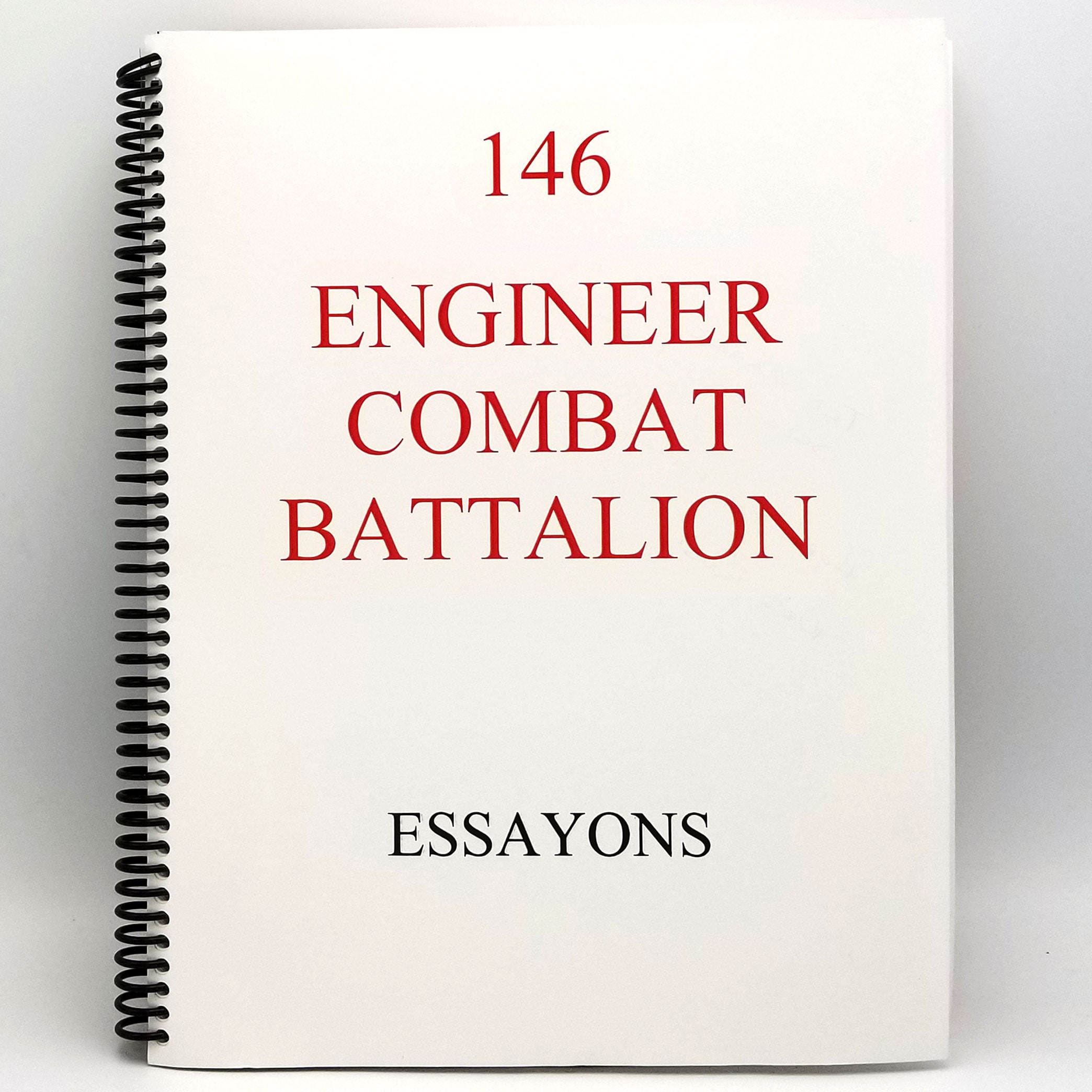 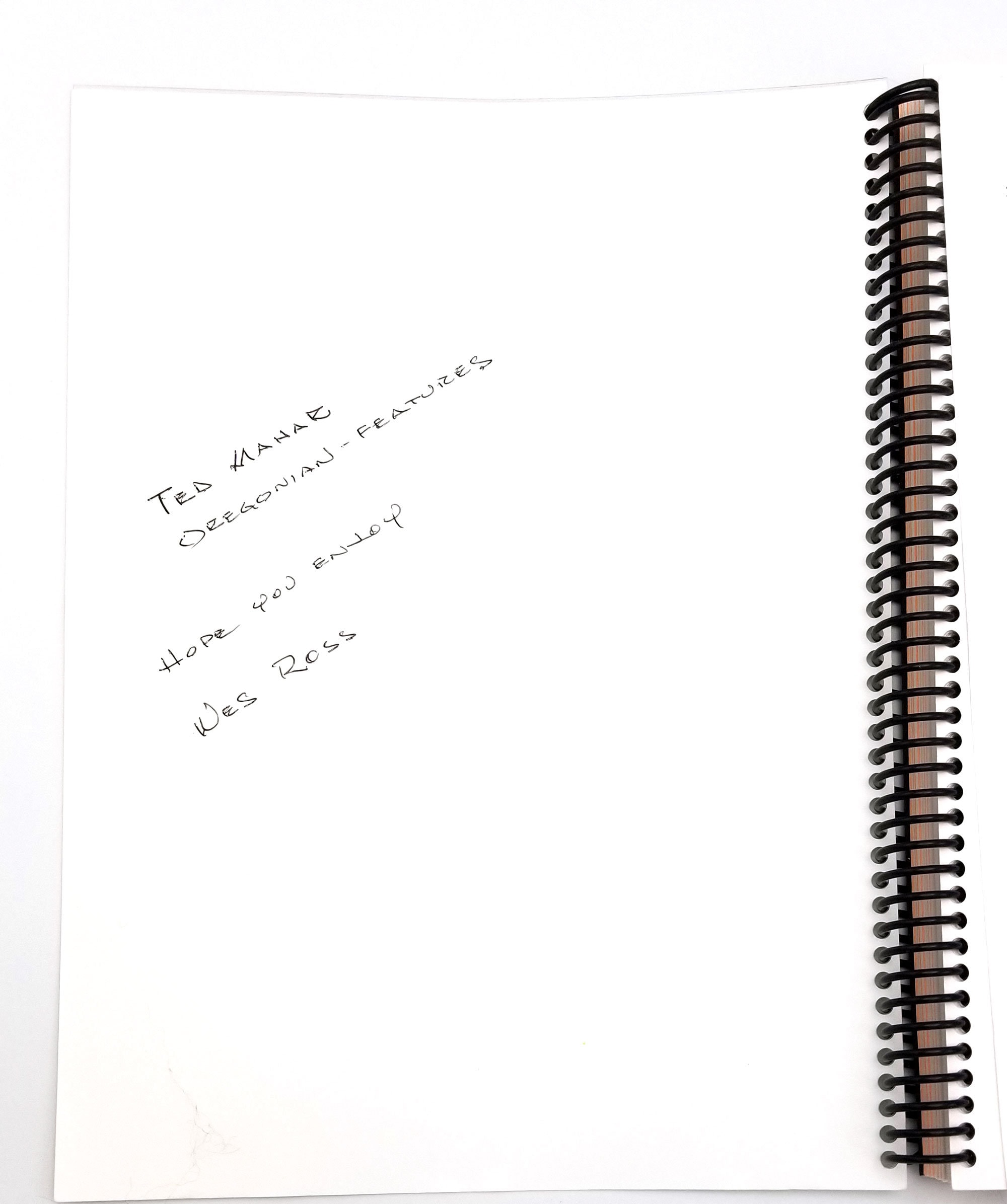 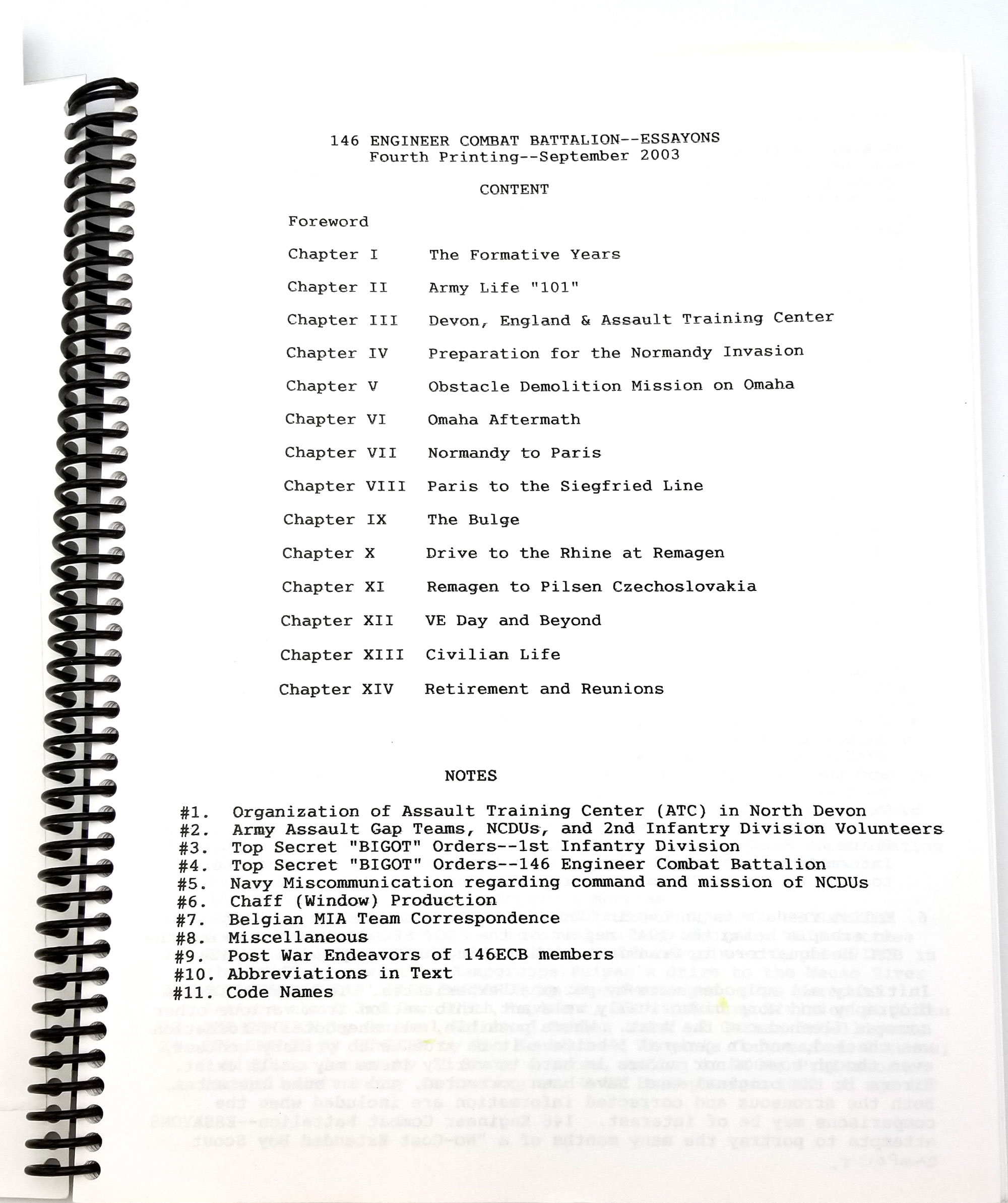 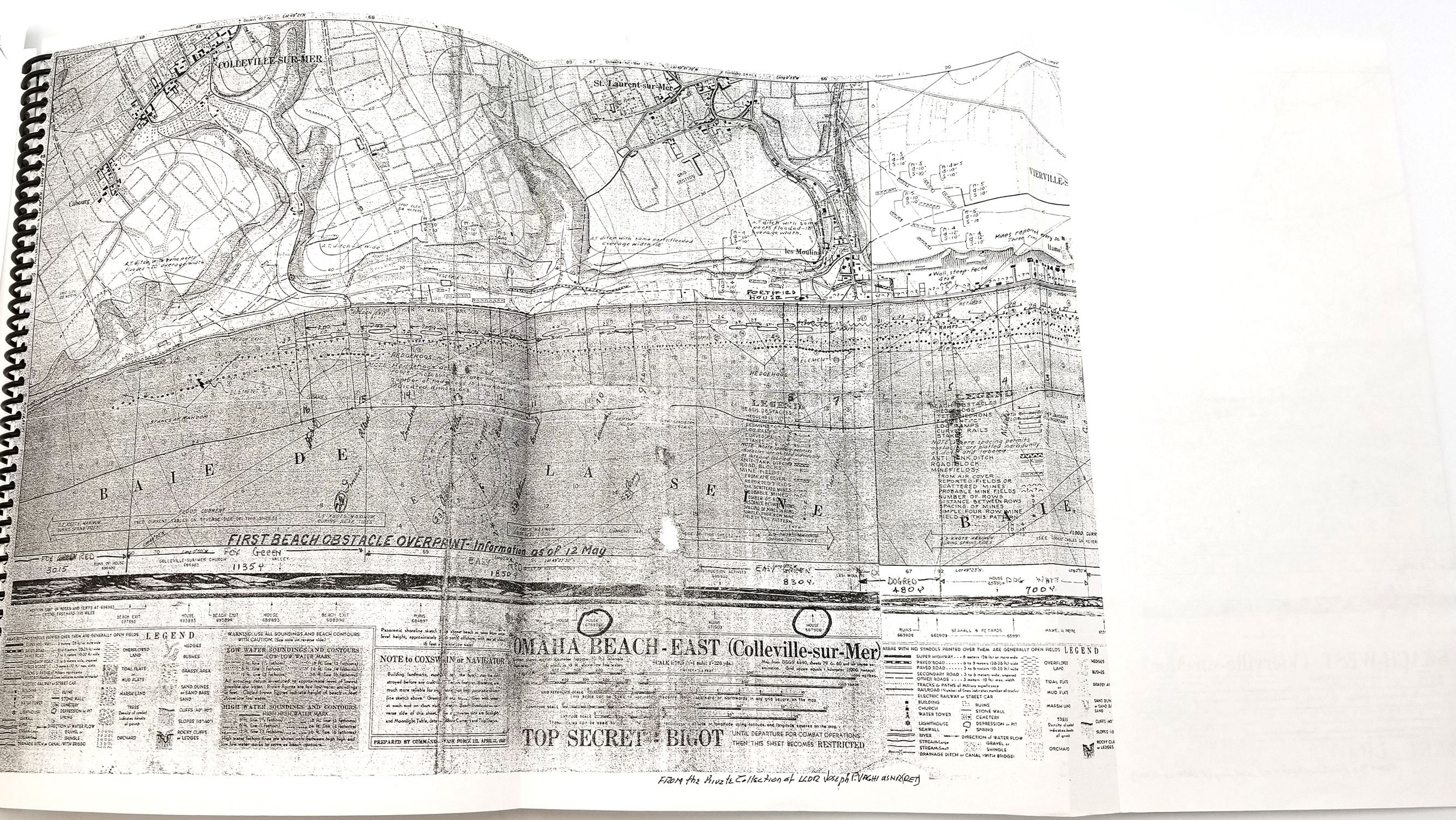 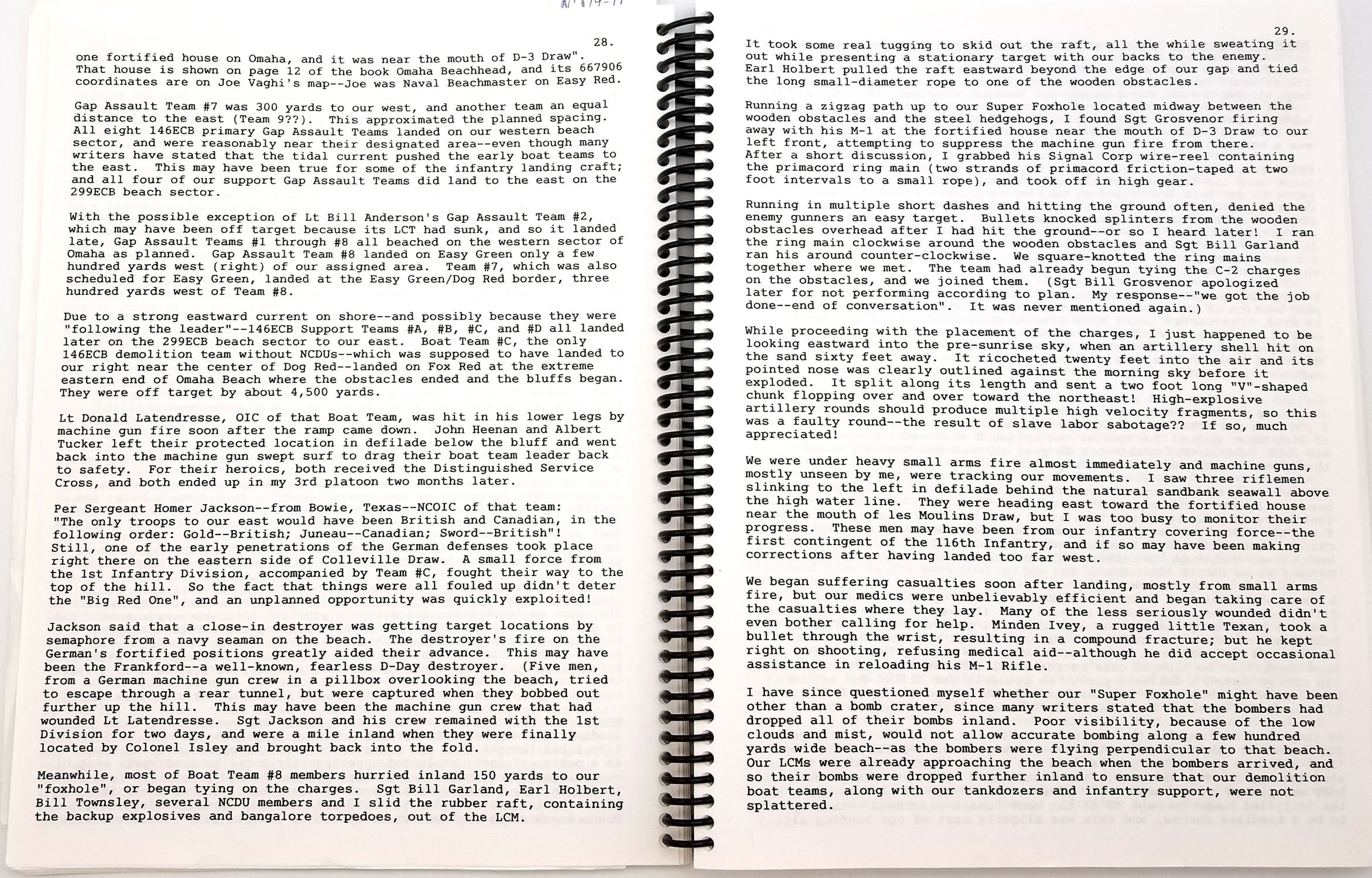 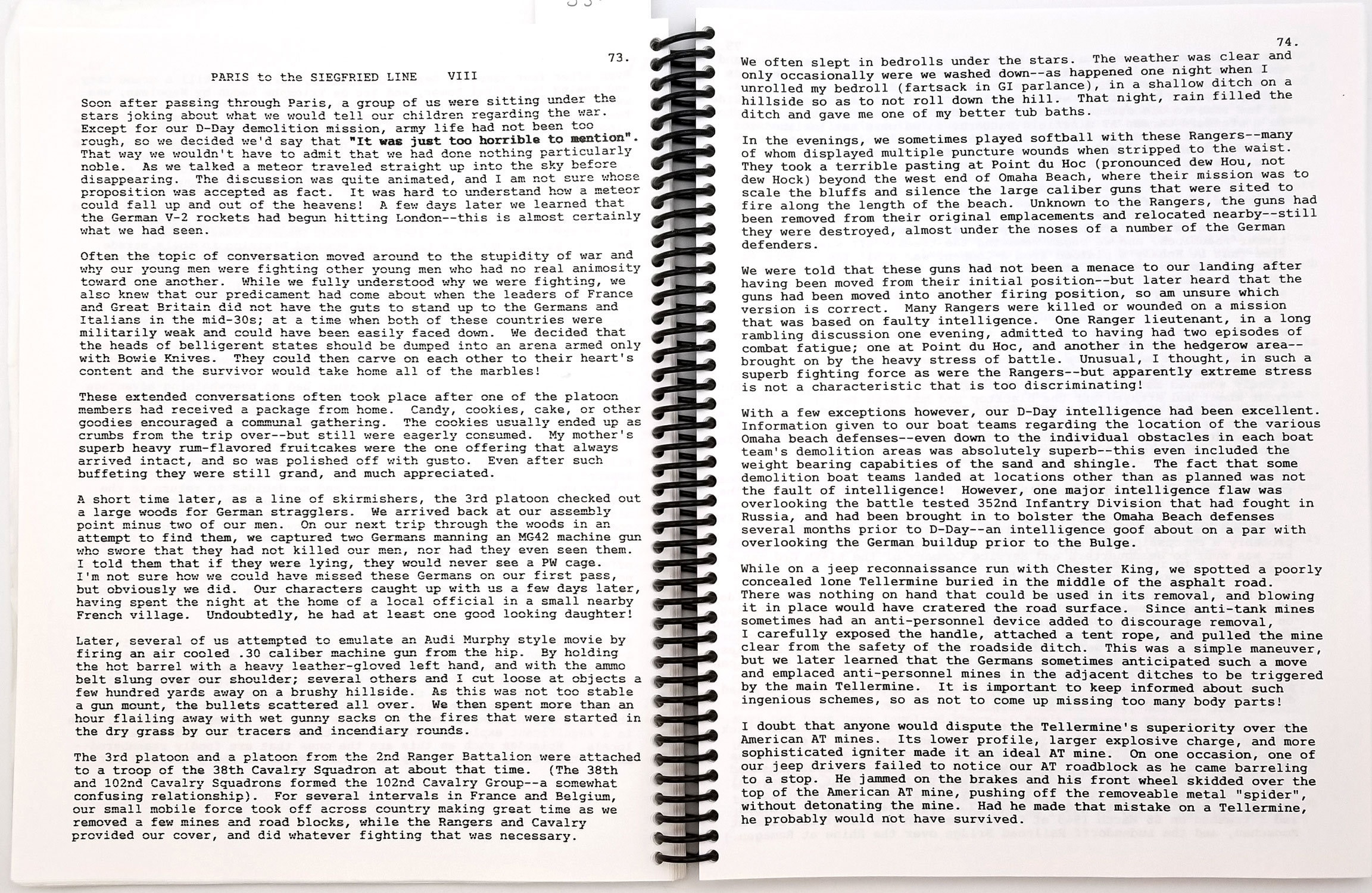 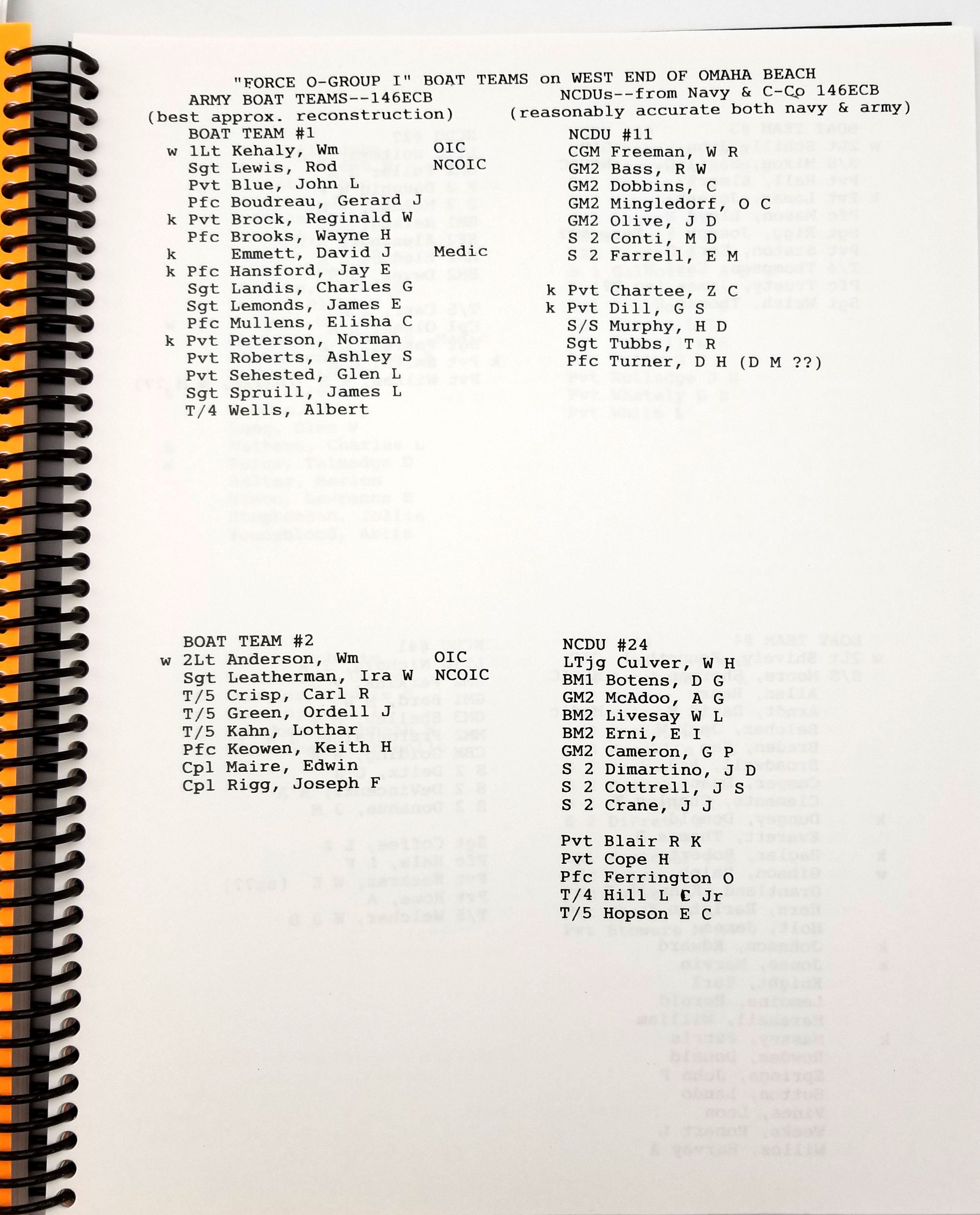 World War II history of the 146th Engineer Combat Battalion, including the D-Day invasion at Omaha Beach. The account is both highly detailed and personal.

Contents: Foreword; 1) The Formative Years. 2) Army Life "101" 3) Devon, England & Assault Training Center. 4) Preparation for the Normandy Invasion. 5) Obstacle Demolition Mission on Omaha. 6) Omaha Aftermath. 7) Normandy to Paris. 8) Paris to the Siegfried Line. 9) The Bulge. 10) Drive to the Rhine at Remagen. 11) Remagen to Pilsen Czechoslovakia. 12) VE Day and Beyond. 13) Civilian Life. 14) Retirement and Reunions. Includes the a fold-out copy of the Top Secret BIGOT map of Omaha Beach. Appendices Include a ten page list of post-war activities of nearly 100 individuals mentioned in the account, several pages of correspondence between the author and the MIA Project (On-Site Search Team, Belgium), a dozen pages of the BIGOT Top Secret "Neptune" Engineer Plan, personnel lists for the various Boat Teams ("Force O - Group") that landed on Omaha Beach, and more.

Wesley Reid Ross (1919-2017) was a 2nd Lieutenant assigned to Company B of the 146th Engineer Combat Battalion (WIA 6 June 1944; OIC Boat Team #8, Force-O--Group I at Omaha Beach). He was born in Chehalis, Washington, and grew up in Wasco County, Oregon. In 1943 he graduated for Oregon State College with a degree in Electrical Engineering. For his service during the war he was decorated with an ETO Service Medal with a bronze arrowhead for the D-Day mission, five bronze campaign stars (for Normandy, Northern France, Rhineland, Ardennes, and Central Europe), Purple Heart, Presidential Unit Citation, and a Distinguished Service Cross.