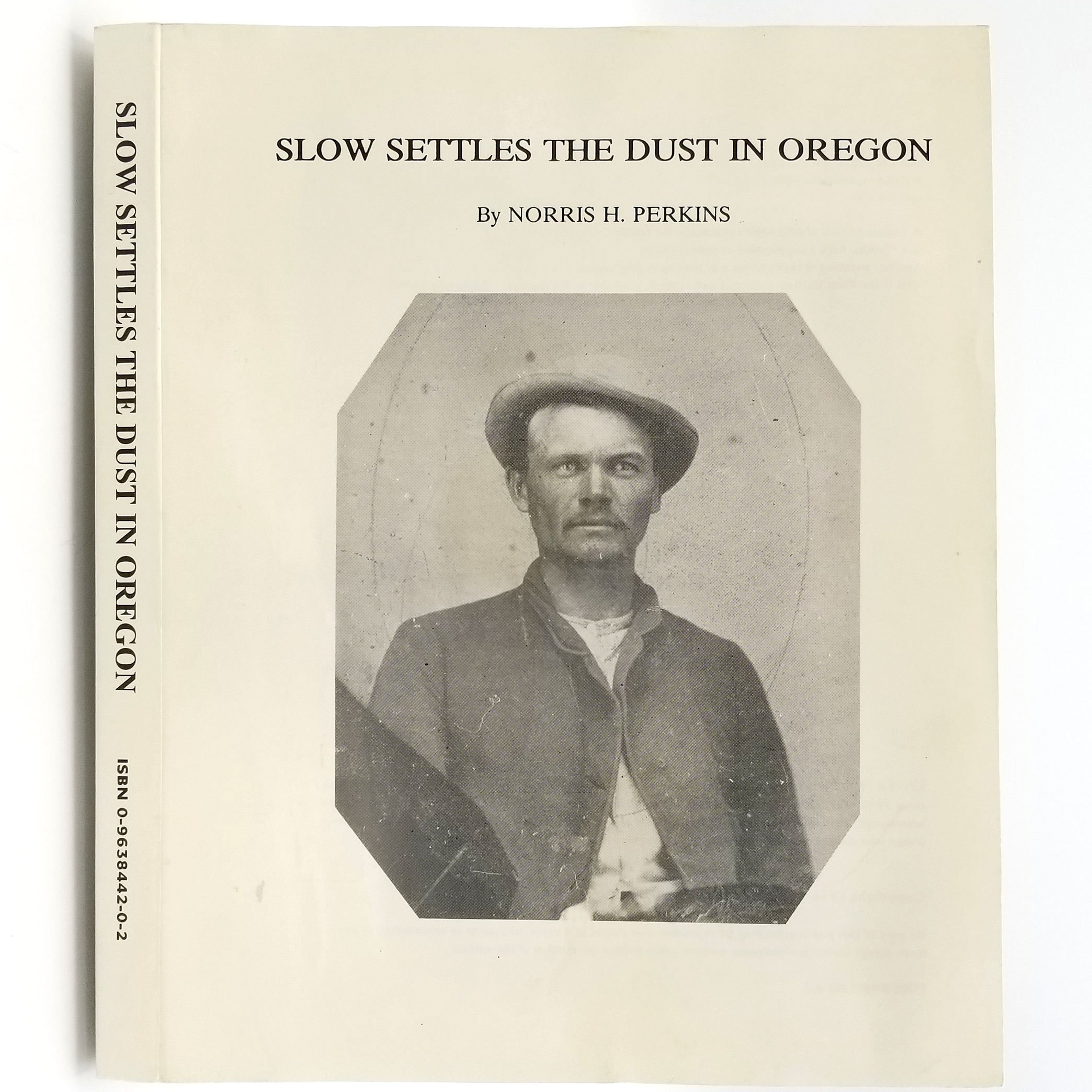 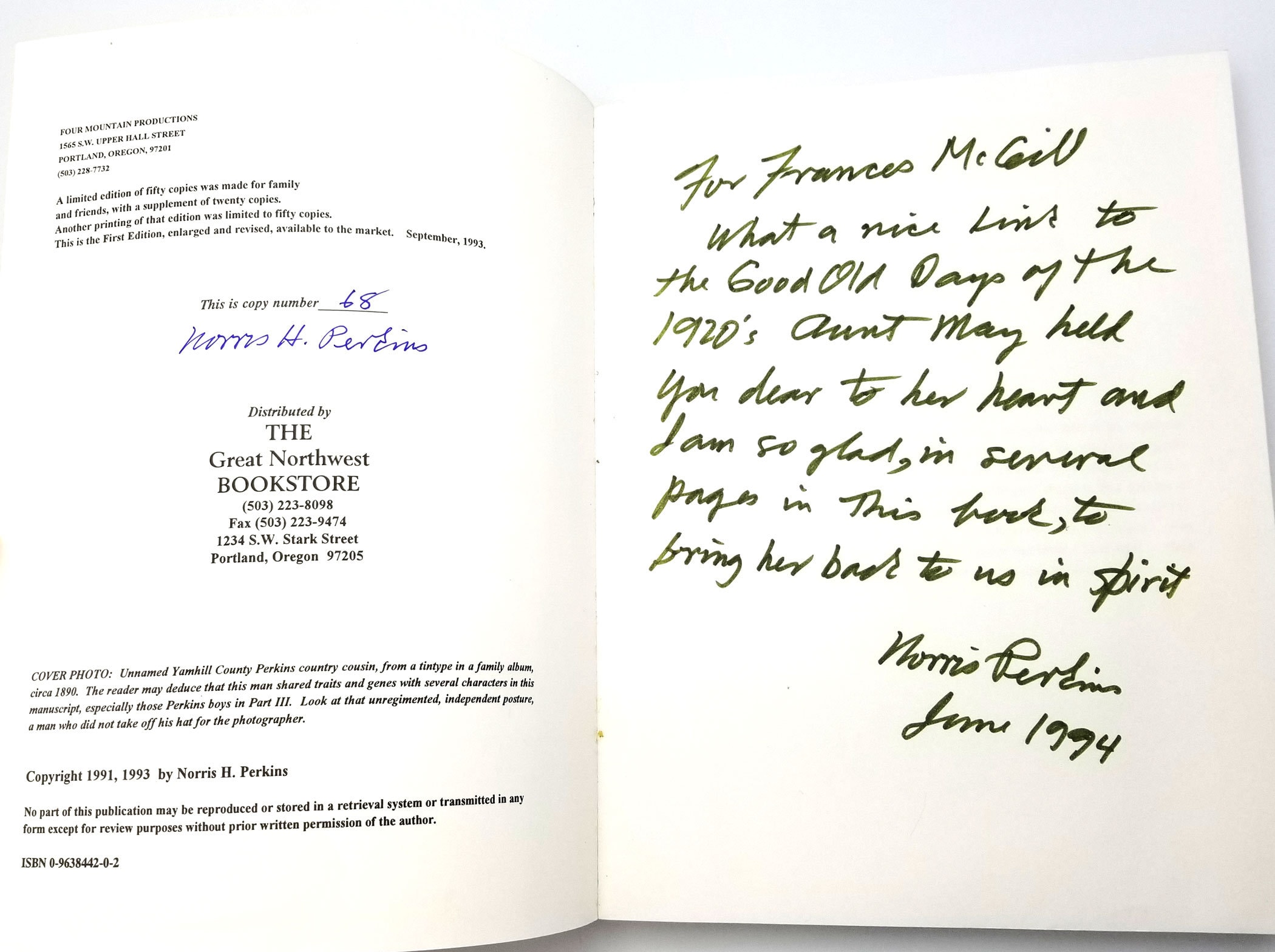 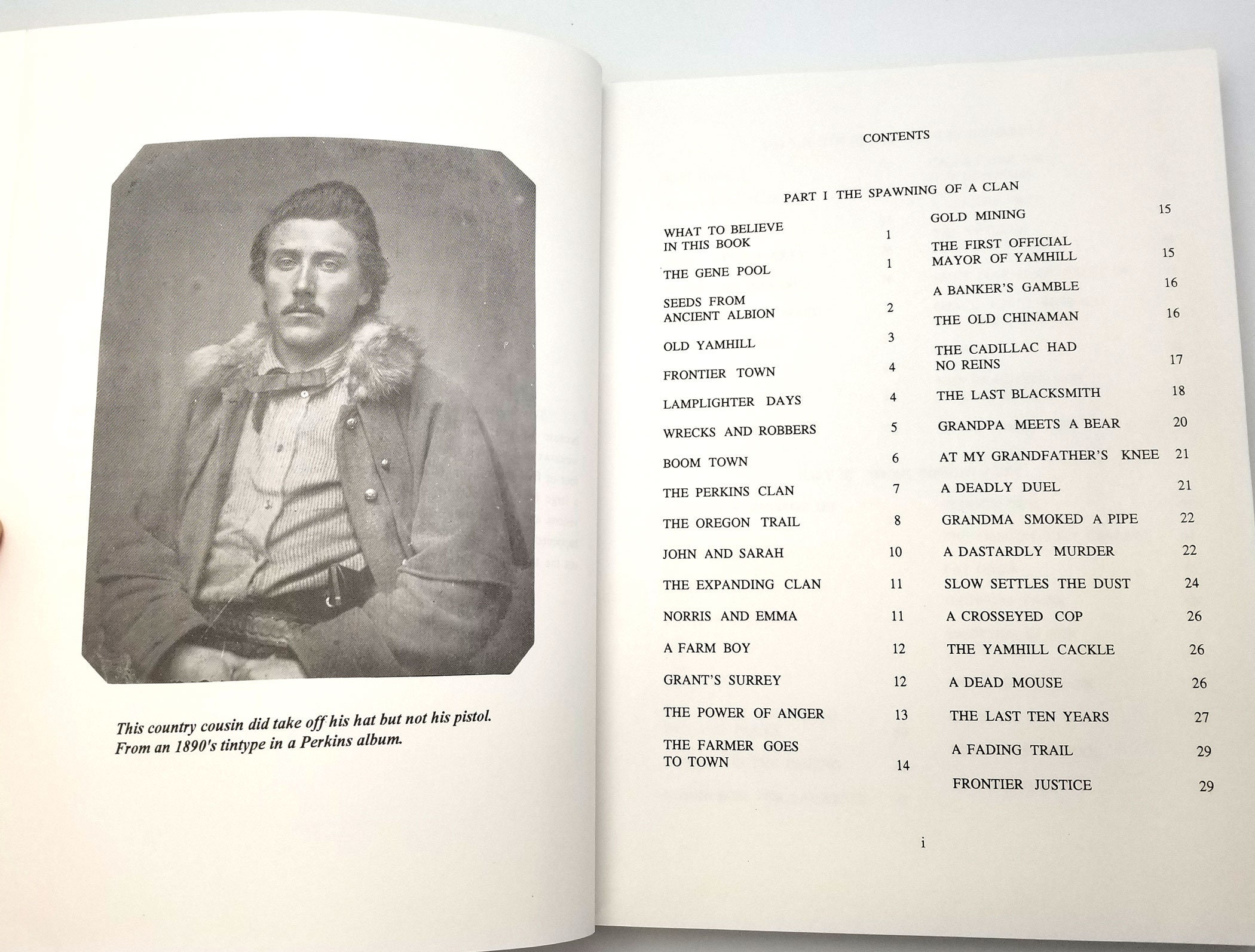 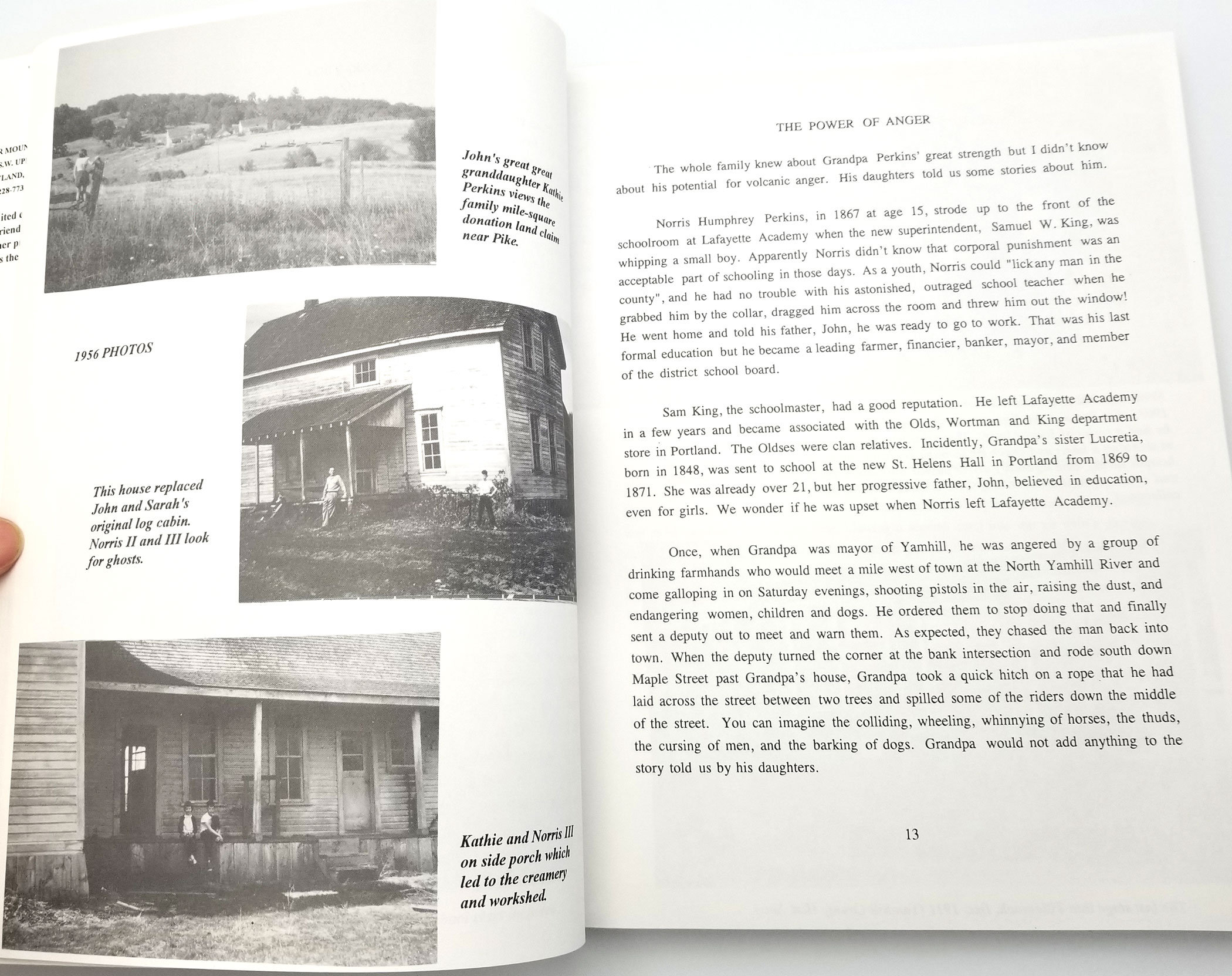 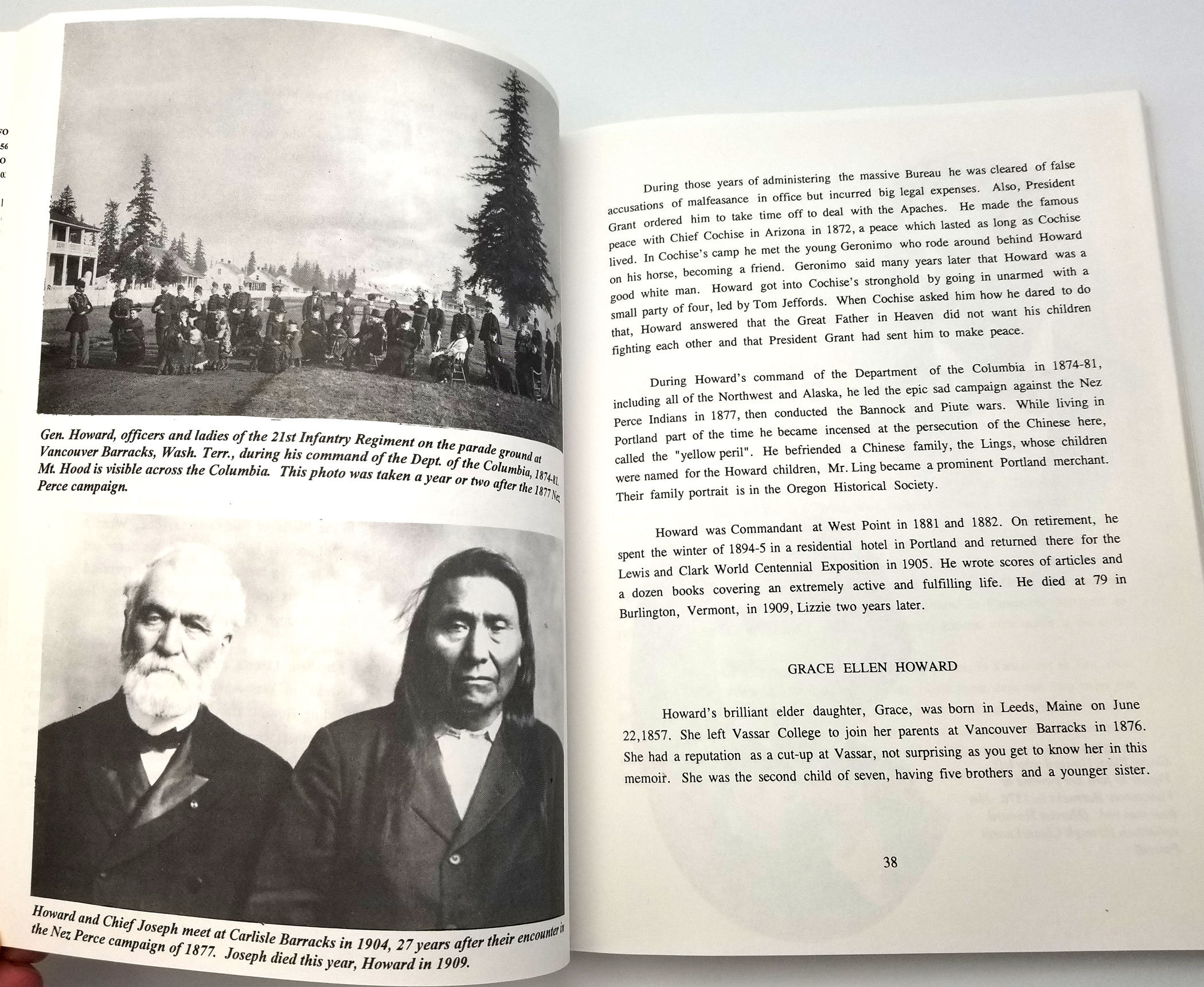 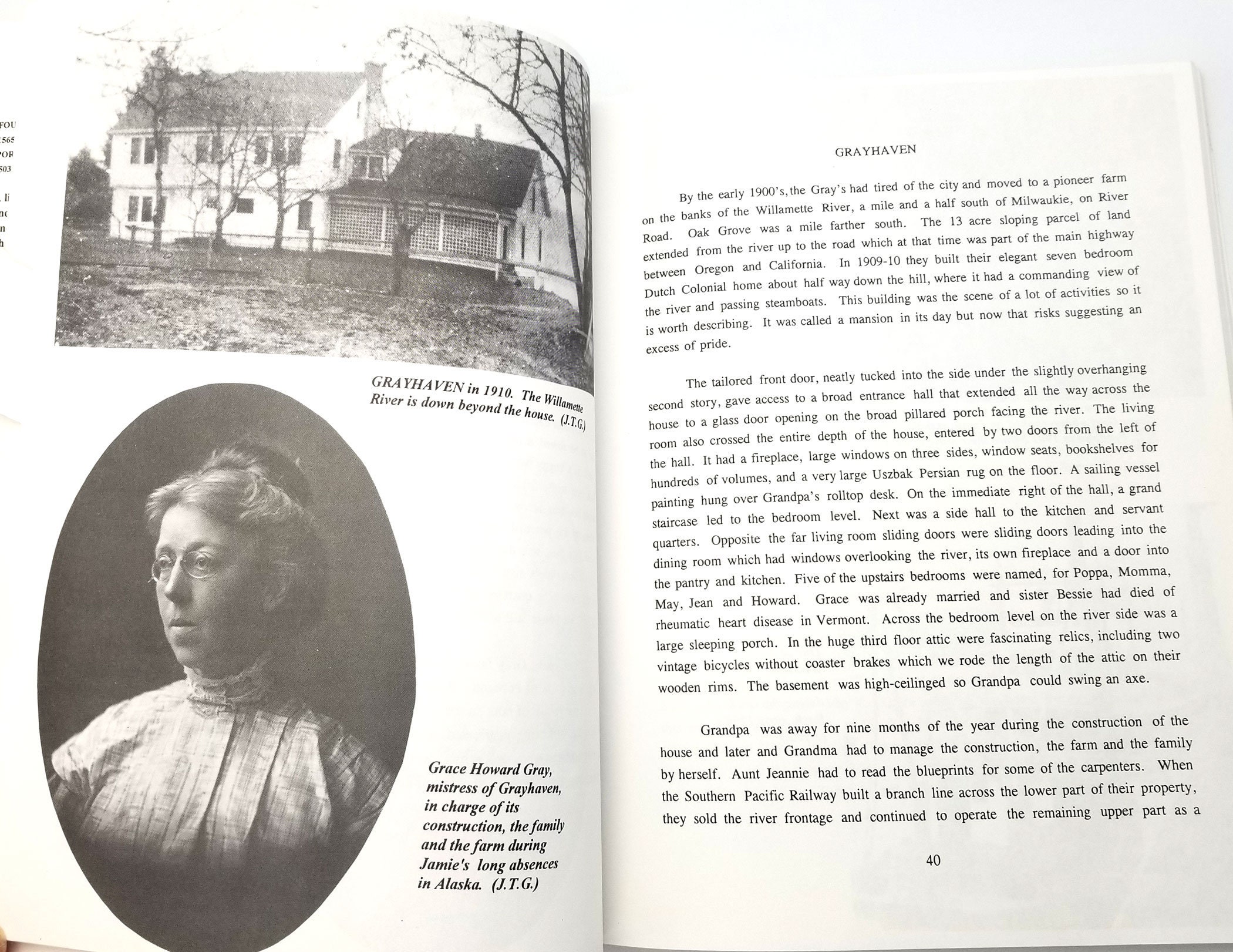 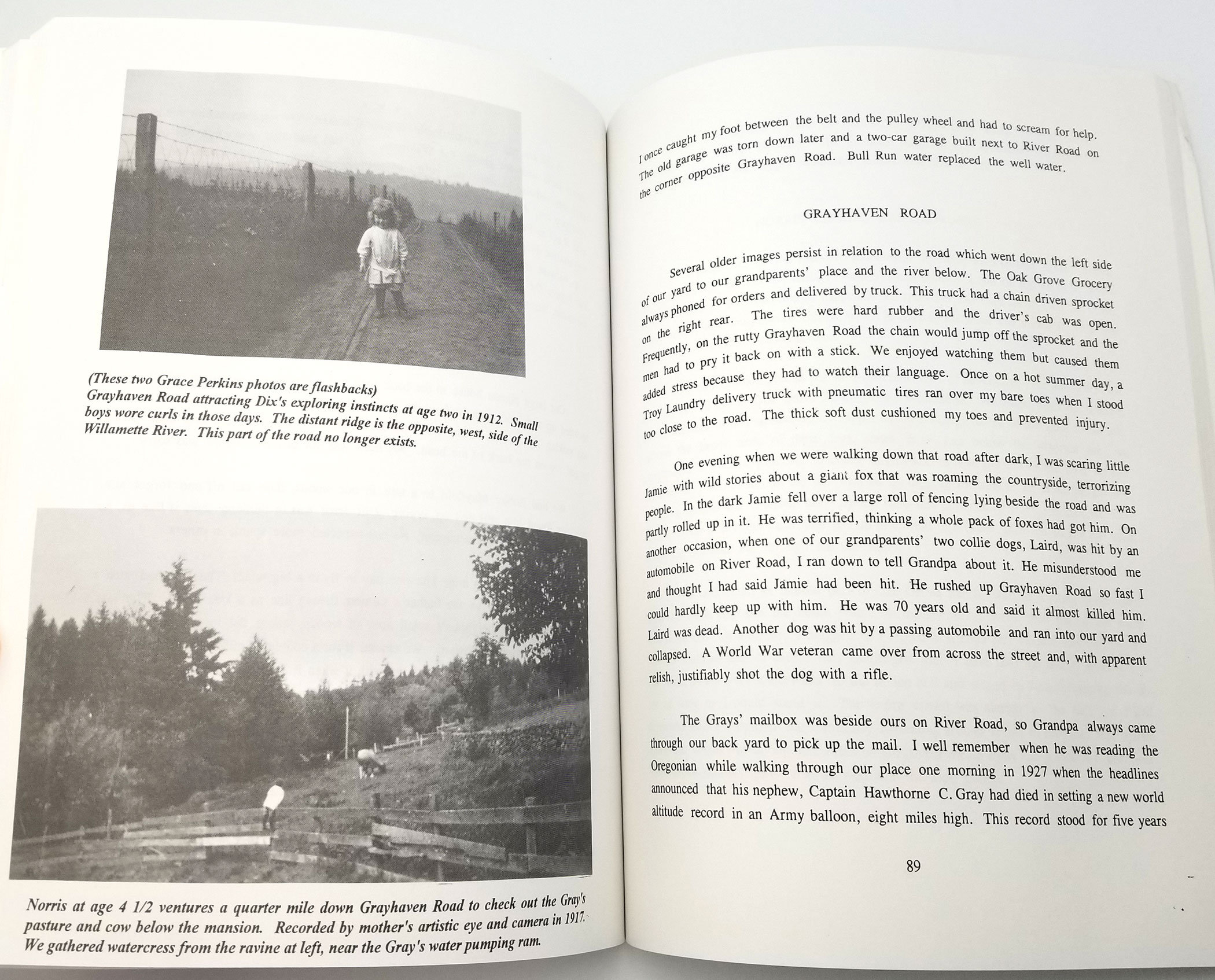 History of the Perkins, Gray, and Howard pioneer families in Oregon, who settled in the town of Yamhill, in Yamhill County, and at Oak Grove (near Milwaukie) in Clackamas County. A nicely produced account of the lives, activities, and accomplishments of the descendants of Eli Perkins (pioneer of 1844), William Henry Gray (who came west in 1836 with Marcus Whitman), and Gen. Oliver Otis Howard. There is a great amount of detail, many historic photographs, and many stories of these significant Oregon families through the late 19th and early 20th century, which provide a unique and personal glimpse into life as it was in the Portland, Milwaukie, and Yamhill vicinities.

Eli Perkins (b. 1786) left New York and came to Oregon in 1844 with three generations and 20 members of his family, traveling overland on the Oregon Trail. They stopped at the Whitman mission for a while (interestingly, Sarah Perkins helped nurse the youngest of the seven Sager orphans) before heading on to Yamhill County. Joel Perkins founded the town of Lafayette and Norris Perkins was one of the signers of the Articles of Incorporation for the city of North Yamhill.

William Henry Gray (1811-1889) came out west in 1836 with Marcus Whitman and played a prominent role in the establishment of Oregon's provisional governement . His fourth son, James Taylor Gray, was a notable steamboat captain and the husband of Grace Ellen Howard.

General Oliver Otis Howard's eldest daughter, Grace Ellen Howard established the estate of Grayhaven with her husband James on the Willamette River near Oak Grove in Clackamas County. (The general had played a prominent role for the Union Army during the Civil War and later was the head of the Army's Department of the Columbia, which was headquartered at Fort Vancouver. Also, notably, he had been selected by President Lincoln to serve as the first Commissioner of the Freedmen's Bureau. Howard University is named for him.)