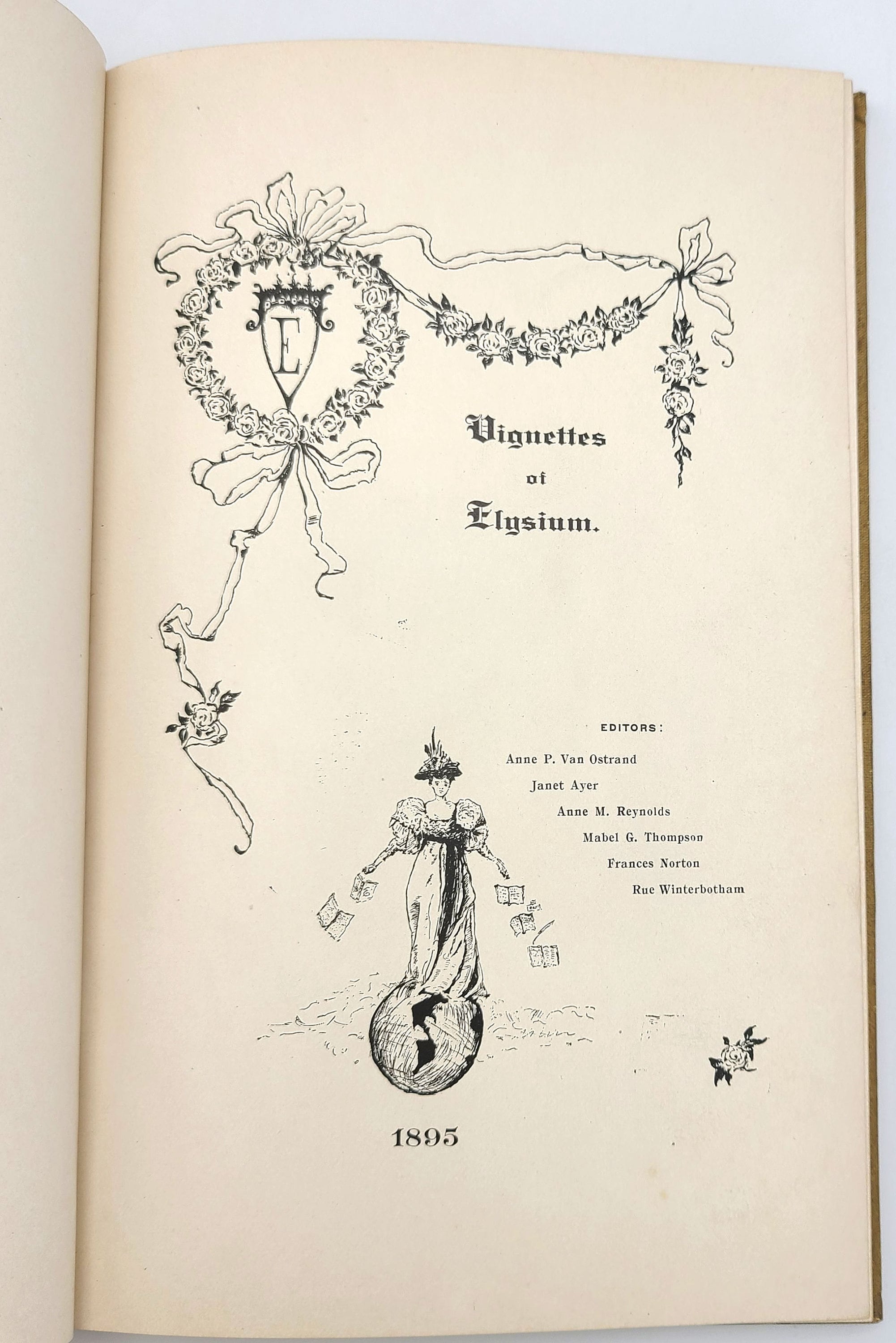 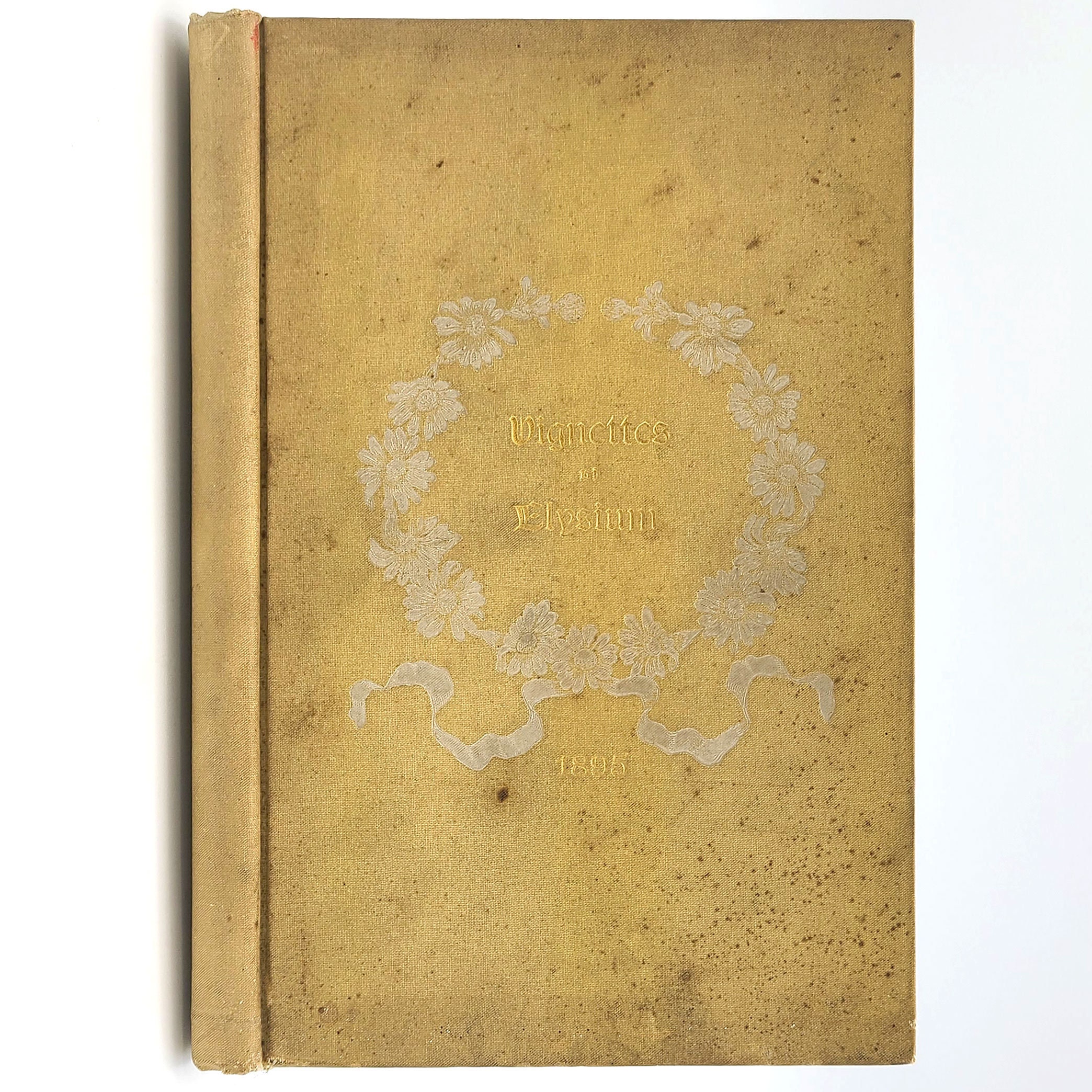 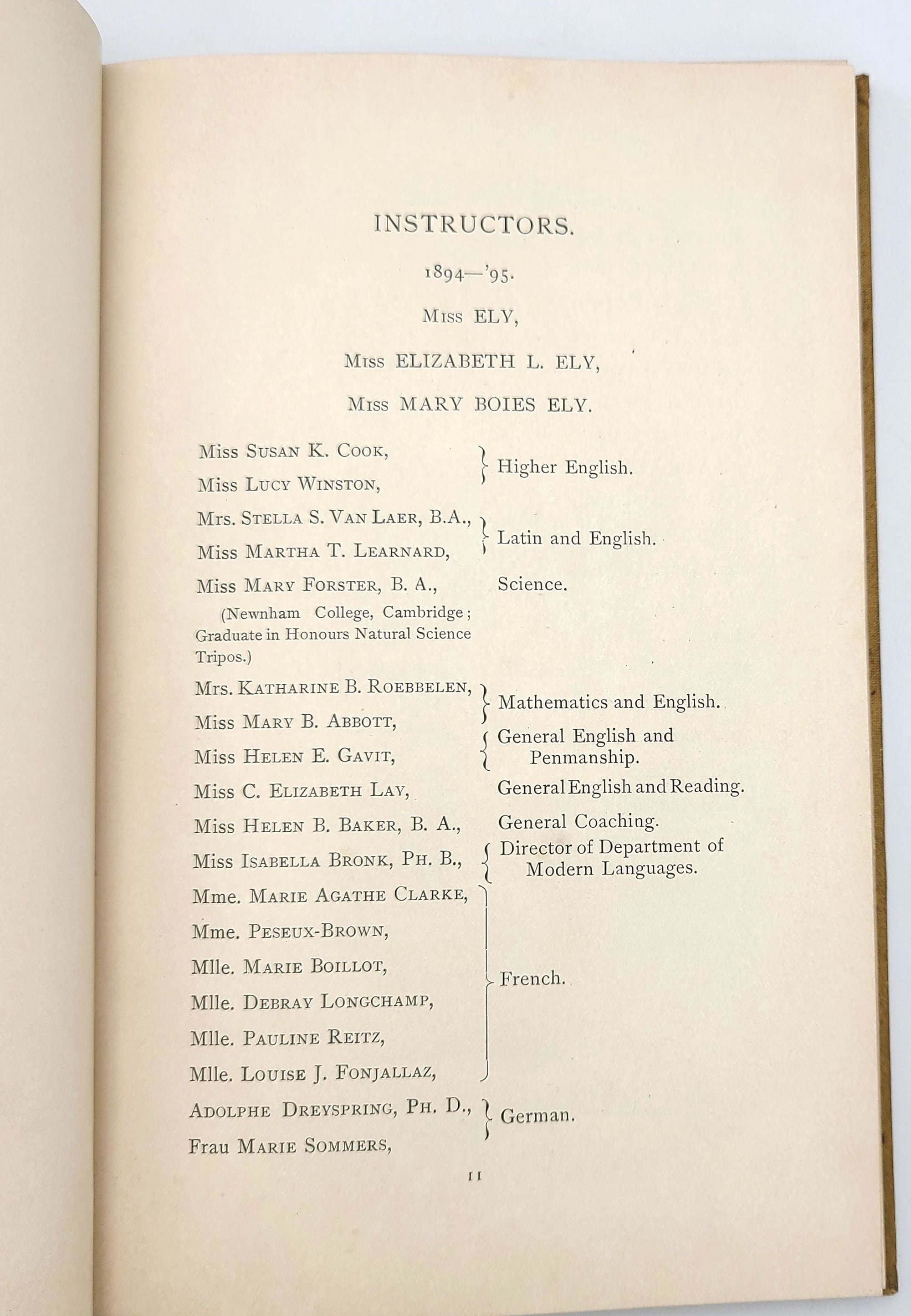 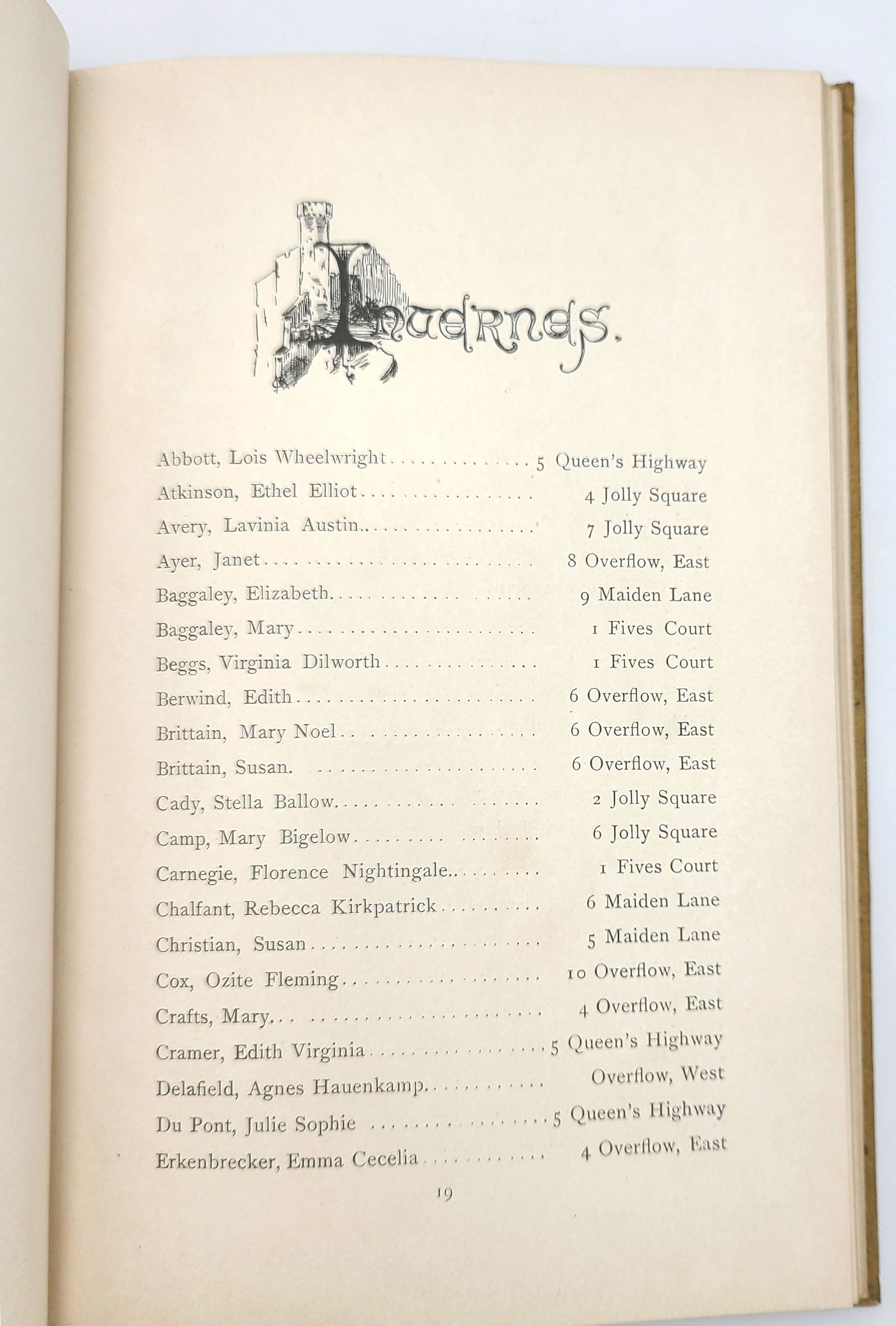 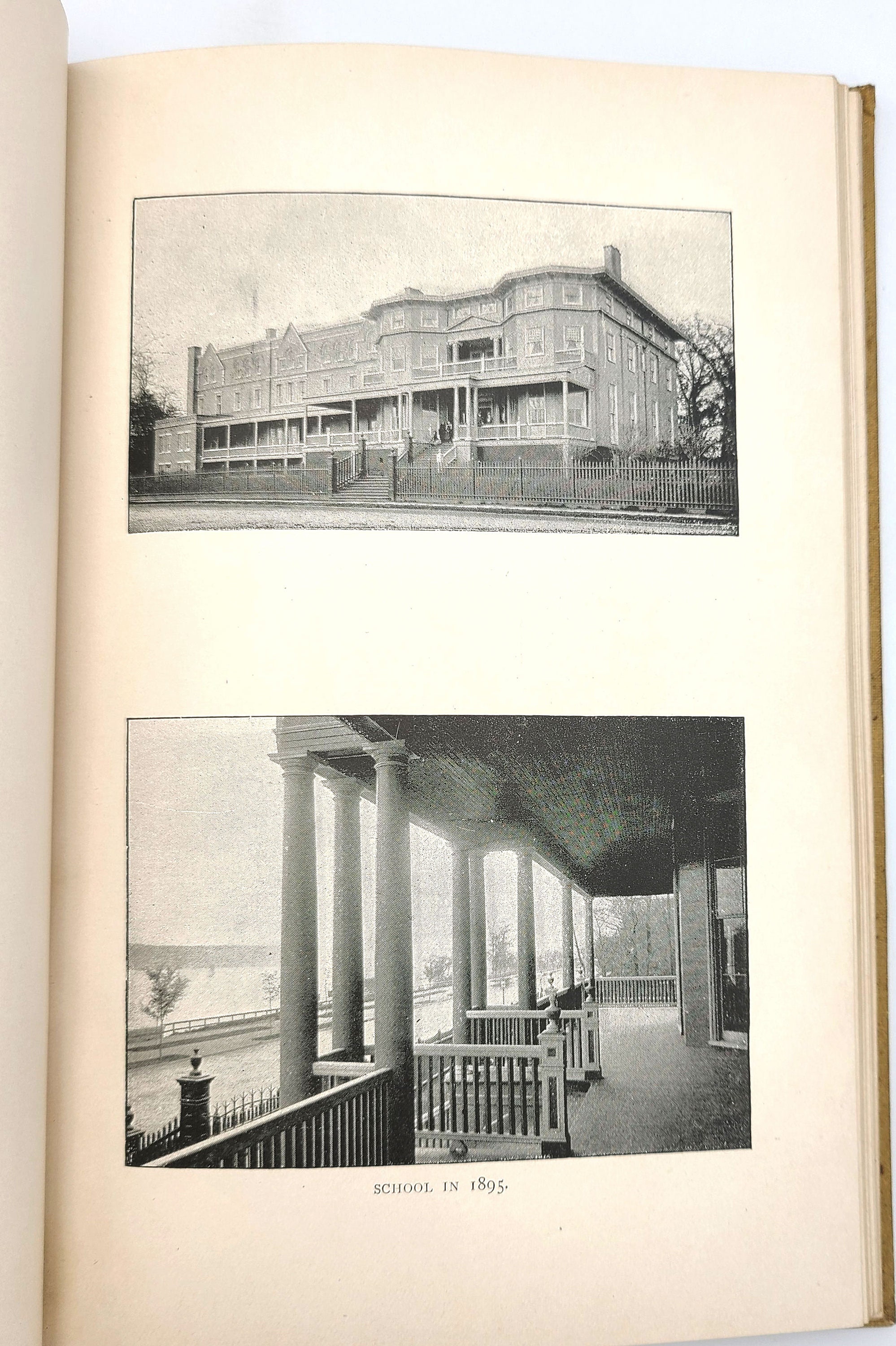 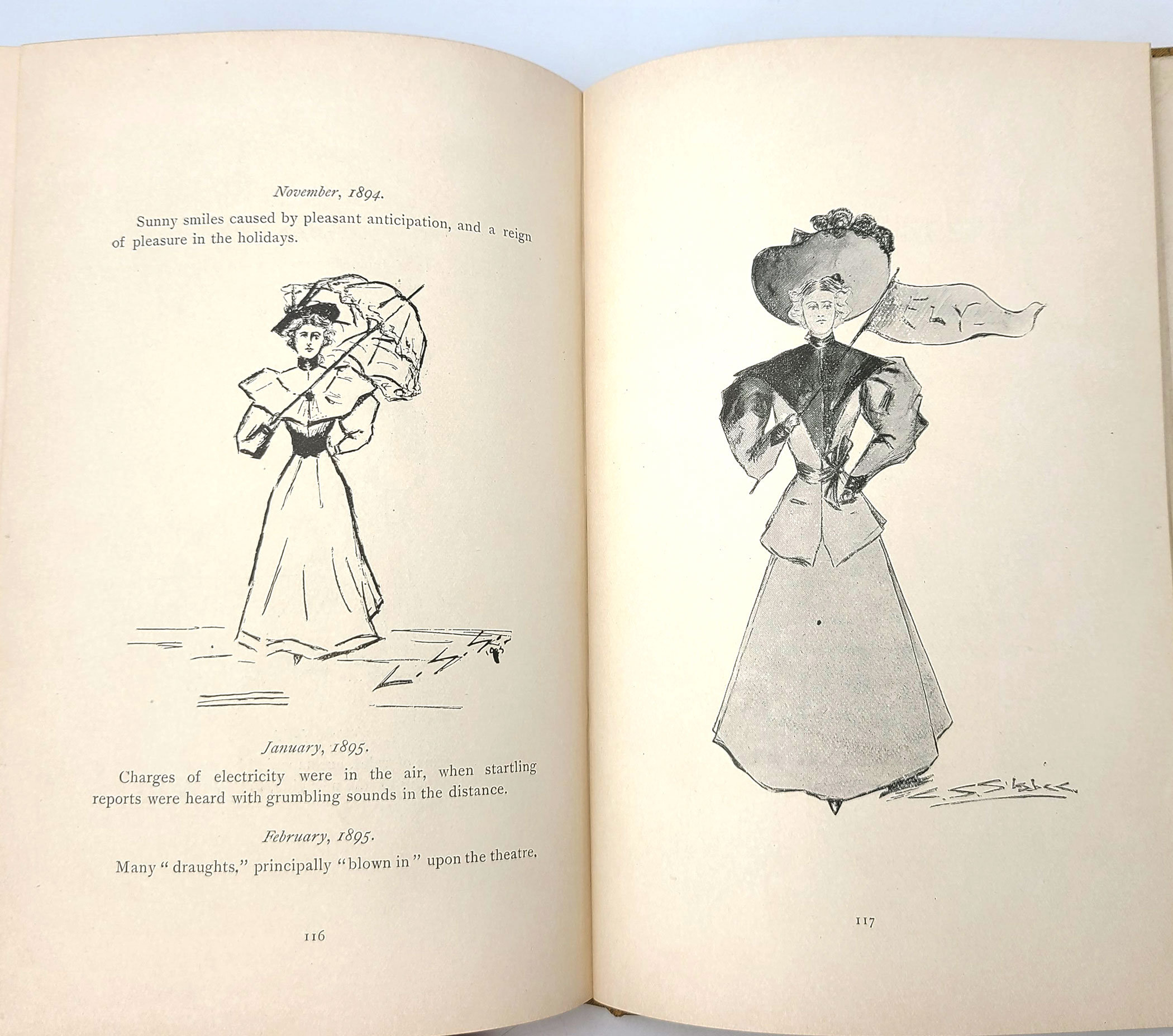 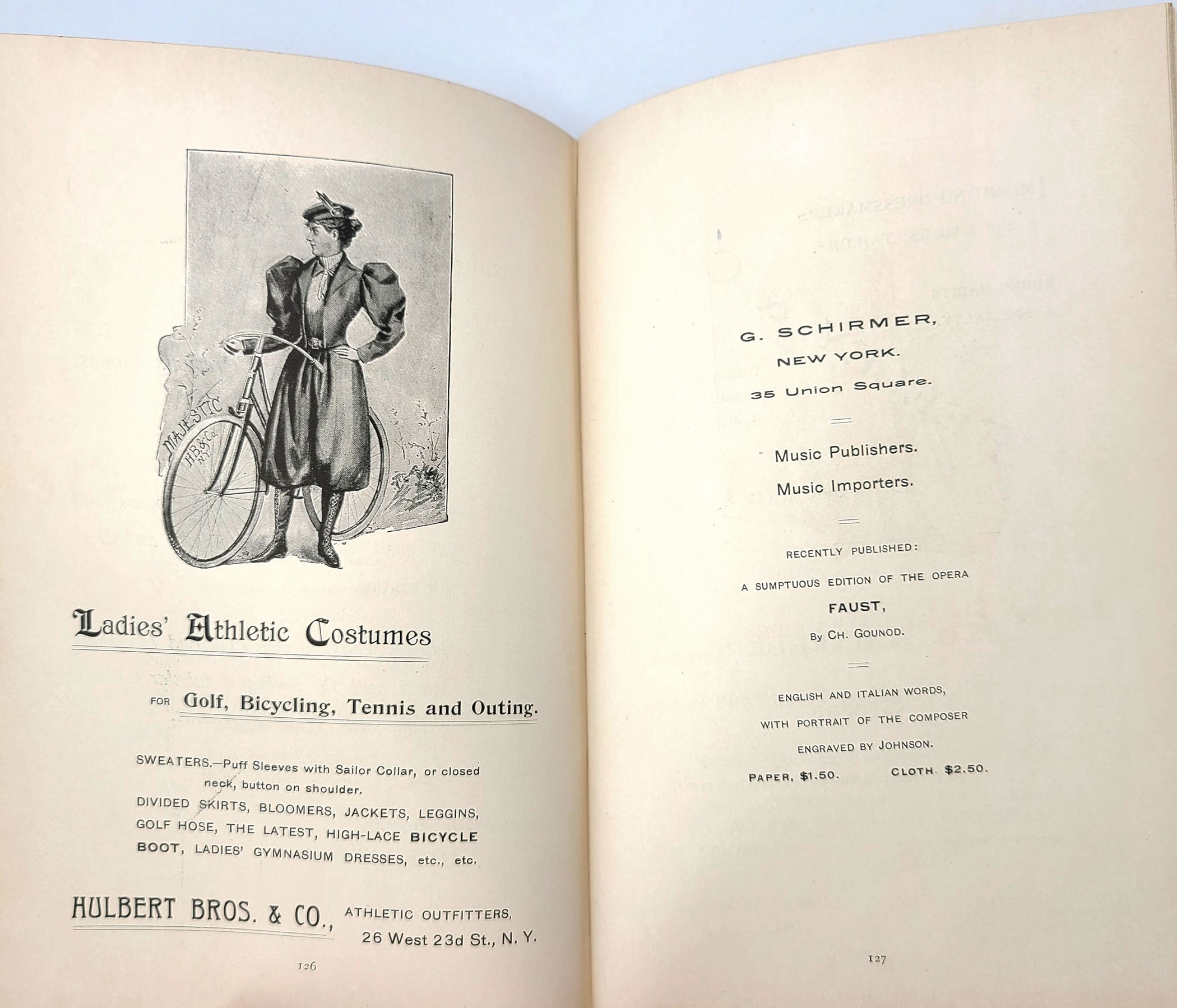 Description: Yellow cloth boards stamped in white and gilt. Boards are soiled. The ffep is signed by three of the editors (Rue Winterbotham, Mabel G. Thompson, and Anne M. Reynolds). A few of the pages show spots of soiling, but otherwise the interior is generally clean. 141 pp. 8.5 x 5.5 inches.

1895 yearbook for Misses Ely's School for Girls, an elite boarding school located in Manhattan (known as a school for heiresses or daughters of millionaires). Some of the students in 1895 were of the Carnegie, Du Pont, Pfizer, and Winterbotham families, and all were progeny of very successful bankers, industrialists, manufacturers, merchants, steel and mining magnates, and nearly all from the Northeast or Midwest states.

Includes a list of instructors for the school year 1894-95, a list of lectures and lecturers, a roster of almost 140 students (though no portraits), photos of the school and the Working Girls' Vacation House in Thompsonville, school clubs and their members, a list of the dramatic presentations put on (with actresses and roles named), various literary pieces, drawings, and quotes from the students. Concludes with 22 pages of advertising.

The school was founded in the early 1886 by the three Wisconsin-born daughters of Col. George Byron Ely (of the Iron Brigade) and Caroline Boies Ely. The school was located on Riverside Drive and 86th Street in Manhattan. In 1907 they moved it to Ely Court in Greenwich, Connecticut, and it was renamed the Ely School for Girls. It burned down in 1927.

One signing editor is Luritia "Rue" Winterbotham (1876-1931), the daughter of Joseph Winterbotham, the Chicago businessman and benefactor to the Chicago Art Institute. Rue was a talented interior decorator and had a deep commitment to the arts. In 1916, she and her husband, the American musician and composer John Alden Carpenter, co-founded the Arts Club of Chicago. Another editor who signed is Anne Moulton Reynolds (1878-1970). She became Rue's sister-in-law in 1900, when she married John Humphrey Winterbotham.