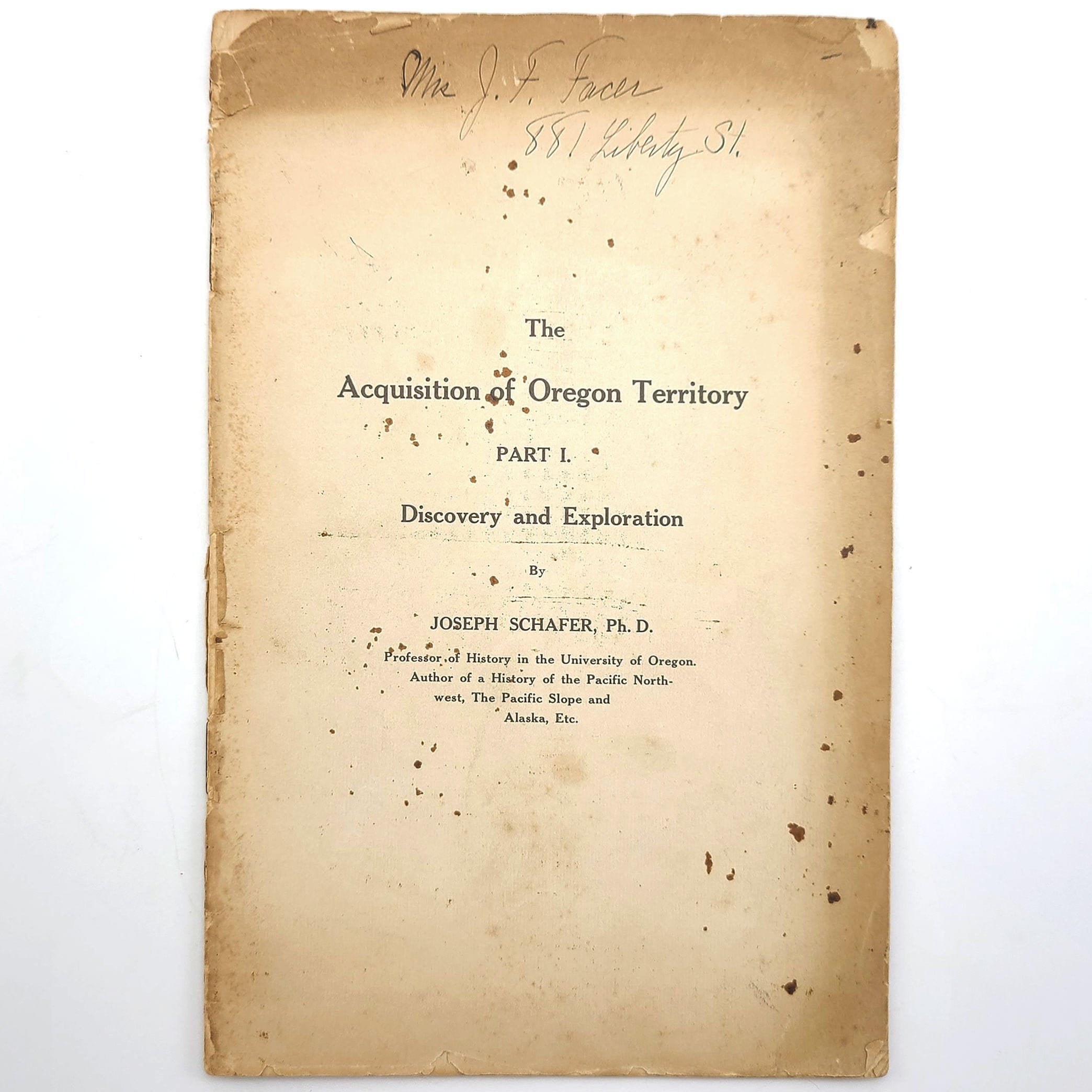 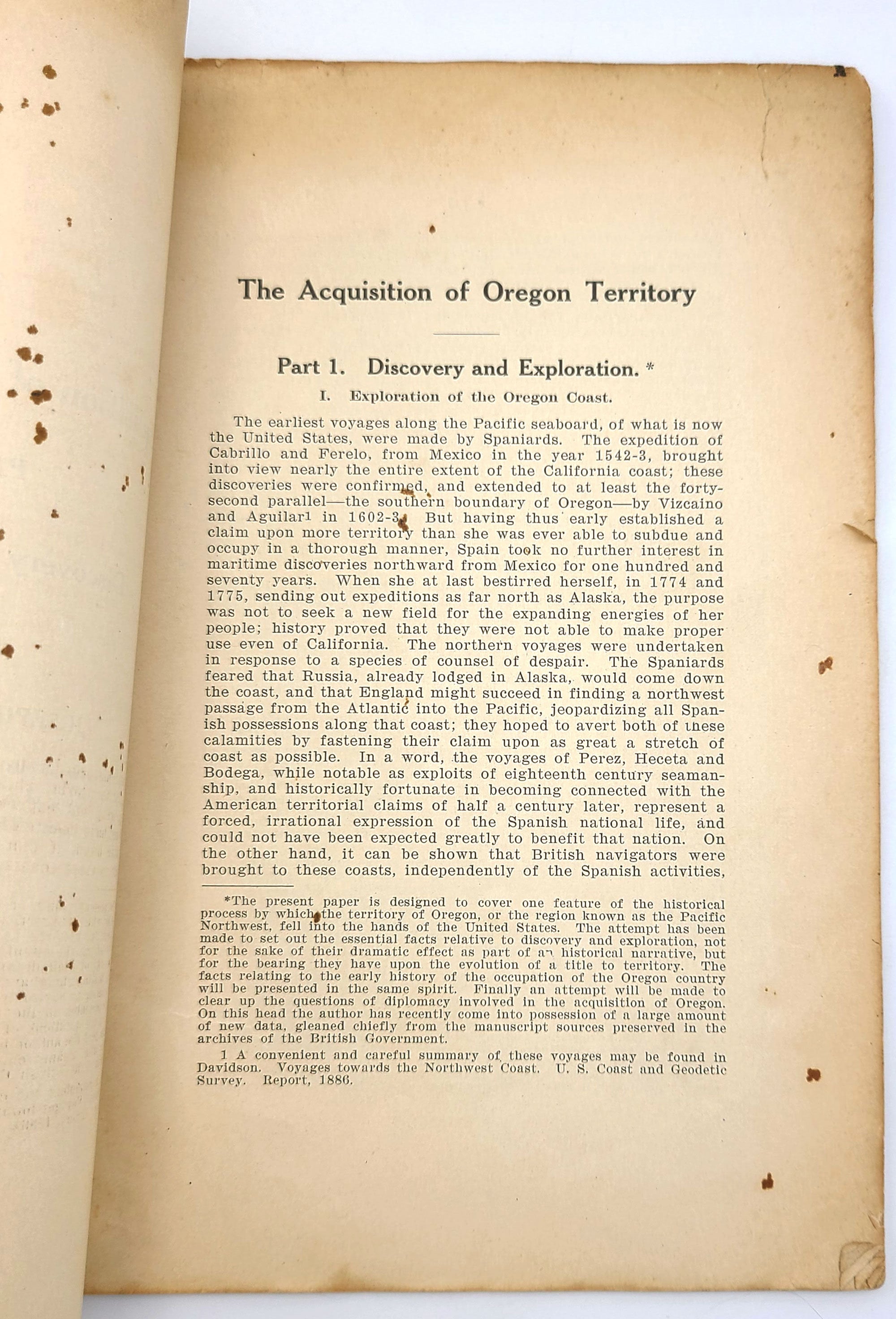 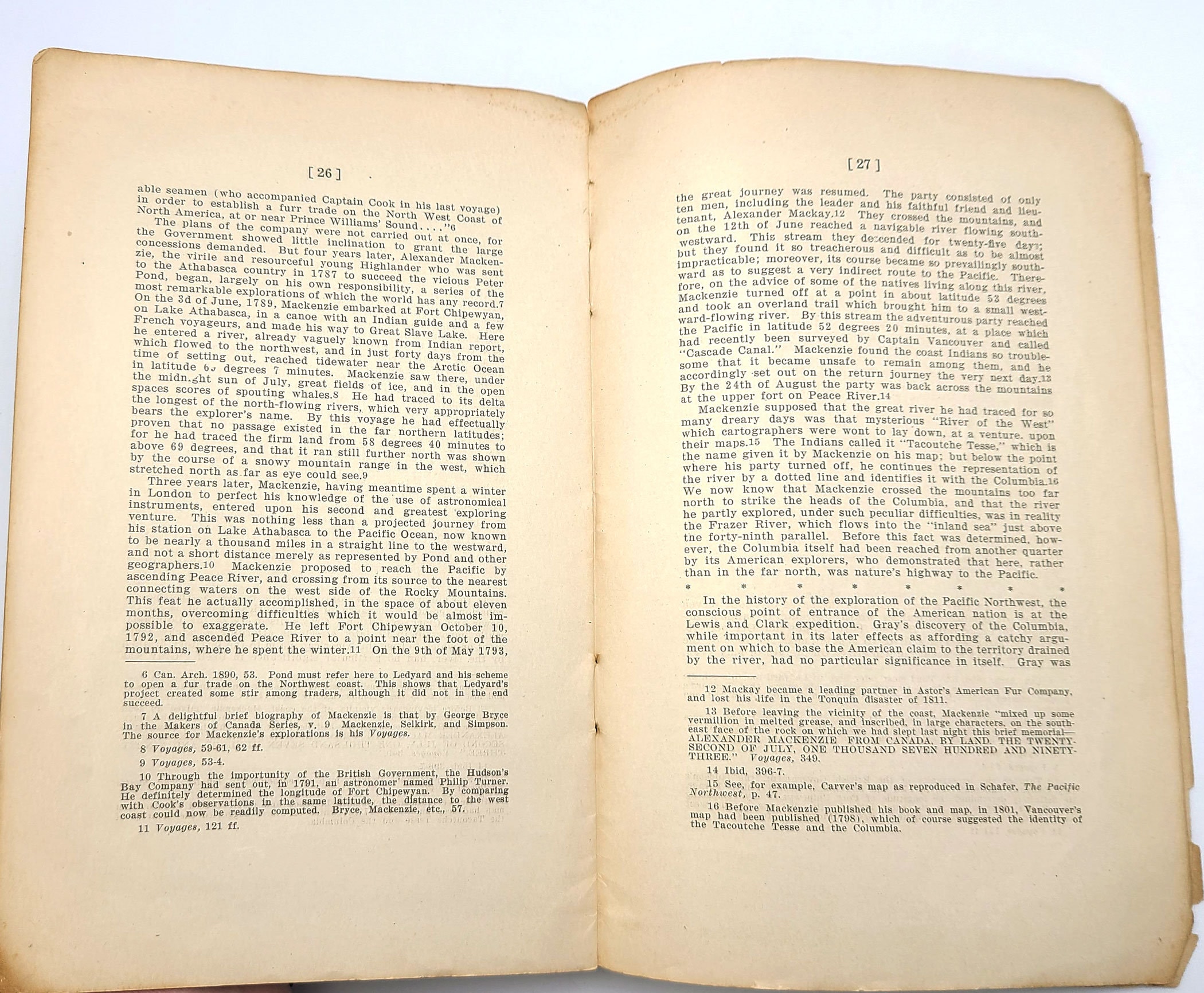 Title: The Acquisition of Oregon Territory, Part I. Discovery and Exploration

Description: Staple bound in wraps. Covers are toned and show soiling; some edge chipping. Previous owner's name on front. Some minor soiling to pages. Fragile. 31 pp. 9 x 6 inches. Scarce. Although not stated, this is the same as University of Oregon Bulletin, Vol. VI, no. 3 (December, 1908) p. 1-31.

The Acquisition of Oregon Territory is Joseph Schafer's academic paper, designed to cover one feature of the historical process by which the territory of Oregon fell into the hand of the United States. He sets out the essential facts, relative to the discovery, exploration, and early history of the occupation, in order to illustrate the bearing they have upon the evolution of a title to territory. Based on new information he had found in the archives of the British Government, he also attempts to clear up the questions of diplomacy involved in the acquisition of Oregon. Most of this paper deals with the Spanish and British voyages of exploration along the coast of the Pacific Northwest in the eighteenth century, with the last six pages being devoted to pre-Lewis and Clark overland exploration.

Joseph Schafer (1867-1941), a native of Wisconsin, was Oregon's first academically trained, professional historian. He served on the faculty of the University of Oregon between 1900 and 1920, and then returned to his home state to serve as superintendent of the Wisconsin Historical Society. He was the author of multiple books and pamphlets, including History of the Pacific Northwest (1905), The Pacific Slope and Alaska (1905), The Acquisition of Oregon Territory (1908), Jesse Applegate: Pioneer and State Builder (1912), and Prince Lucien Campbell (1926).