A Forgotten Duel Fought in Rhode Island between William Austin of Charlestown and James Henderson Elliot of Boston, March 31, 1806 SIGNED 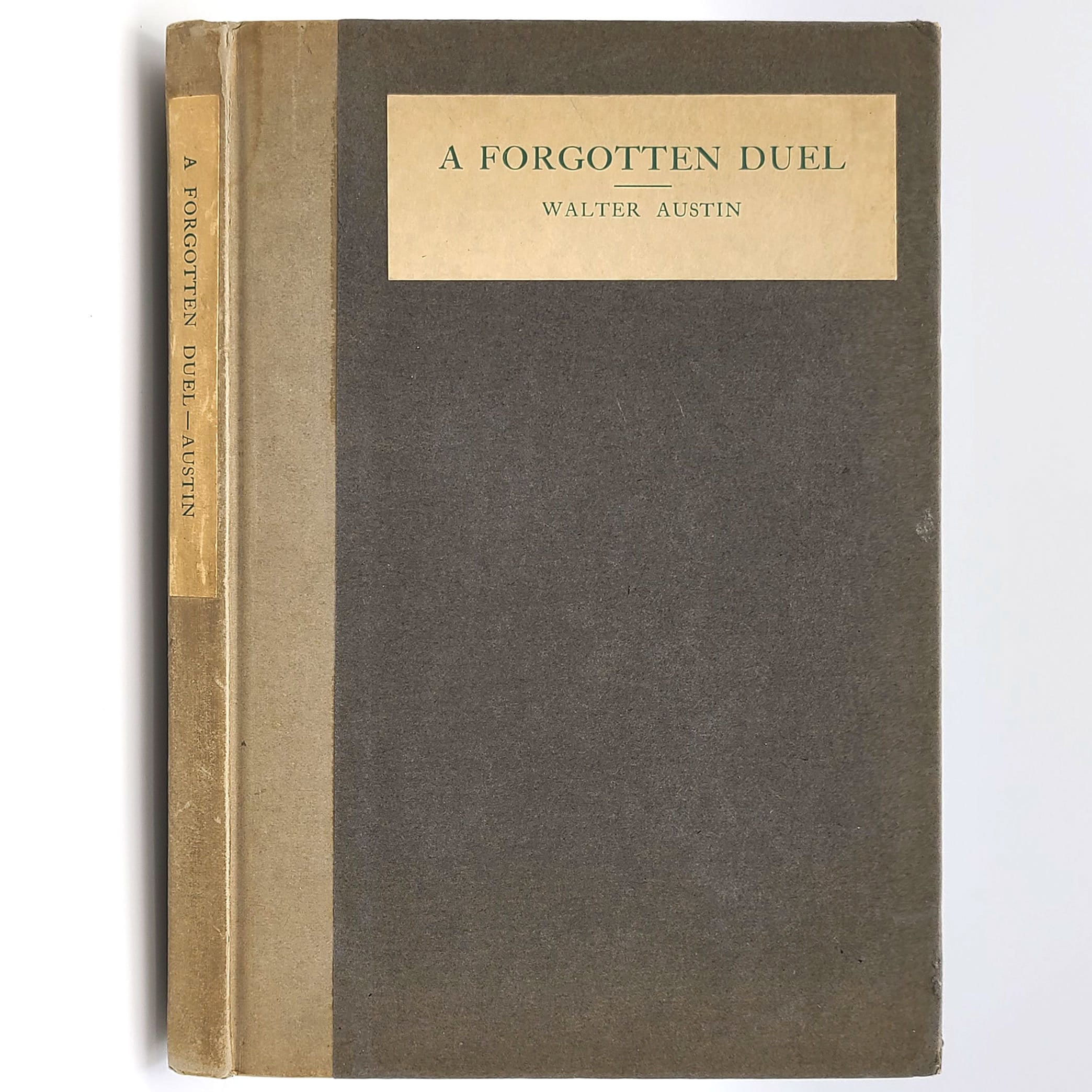 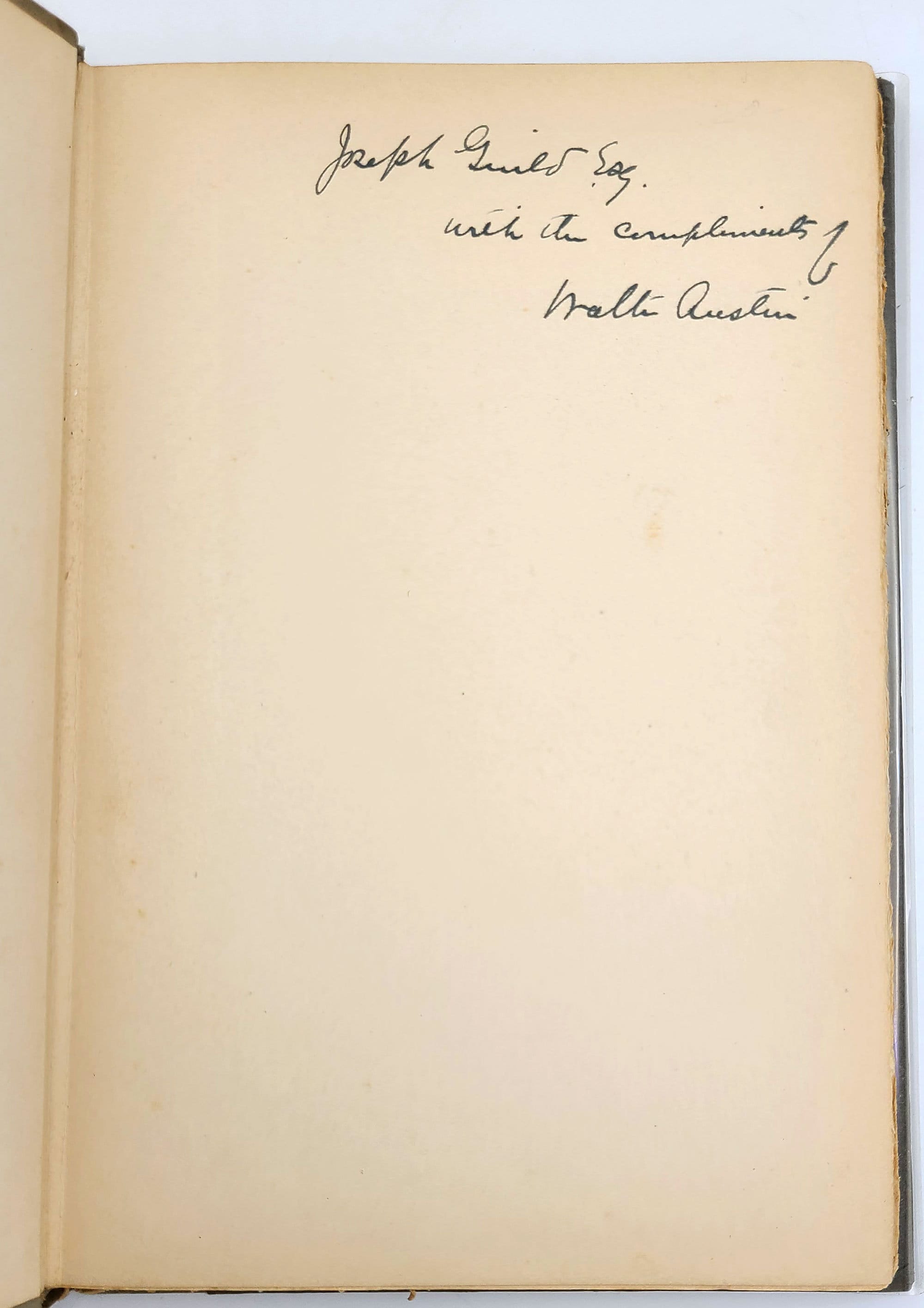 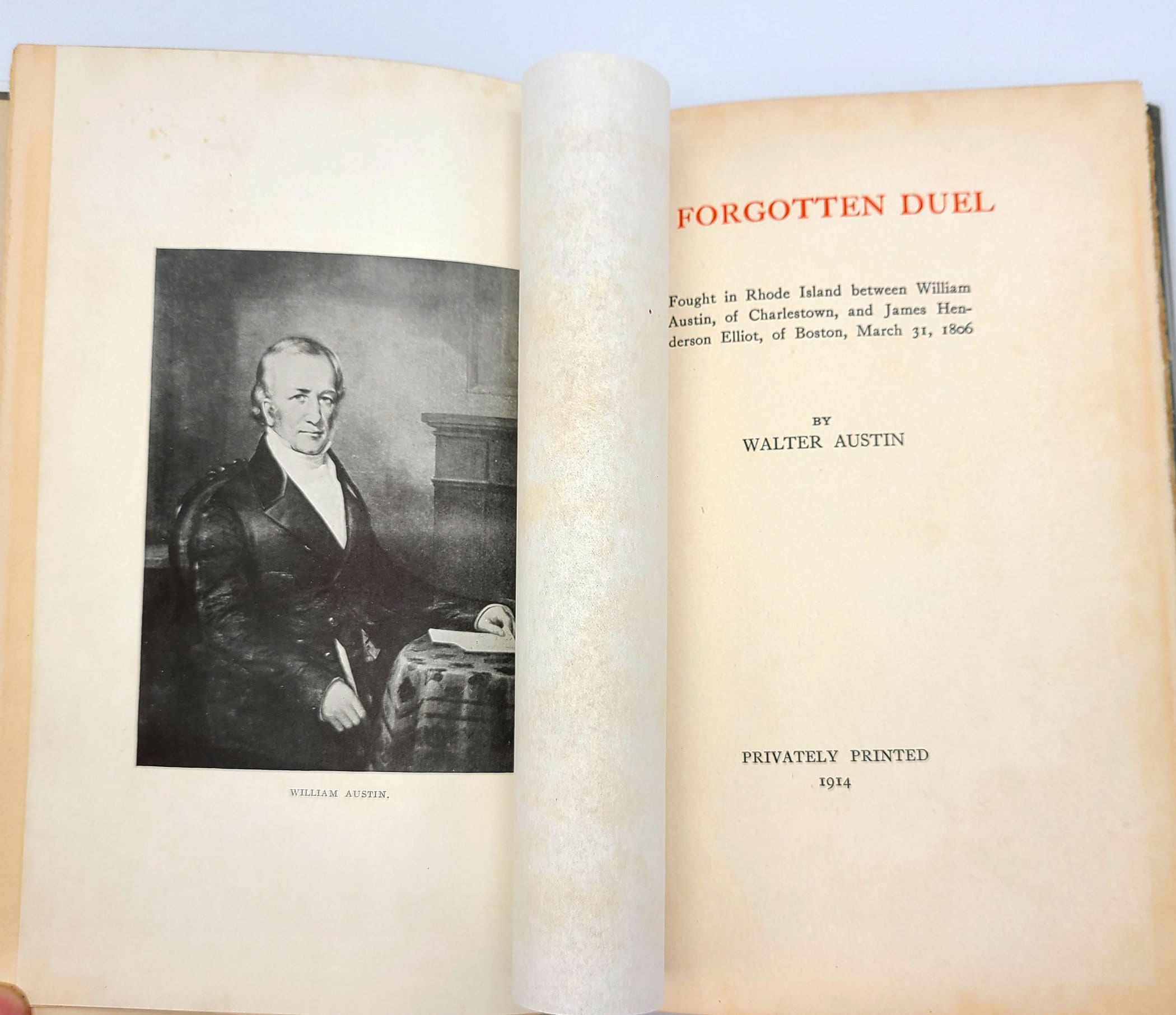 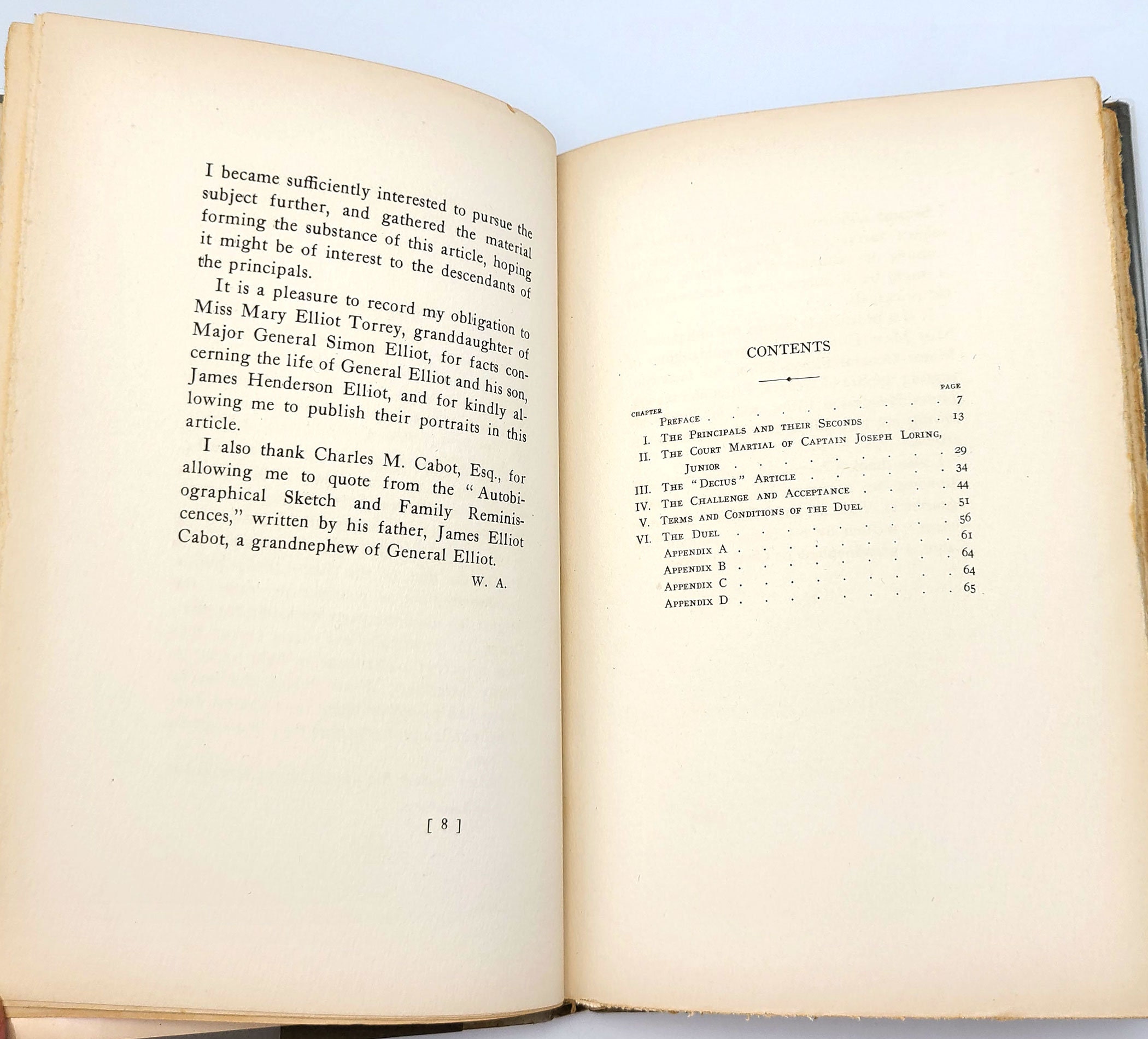 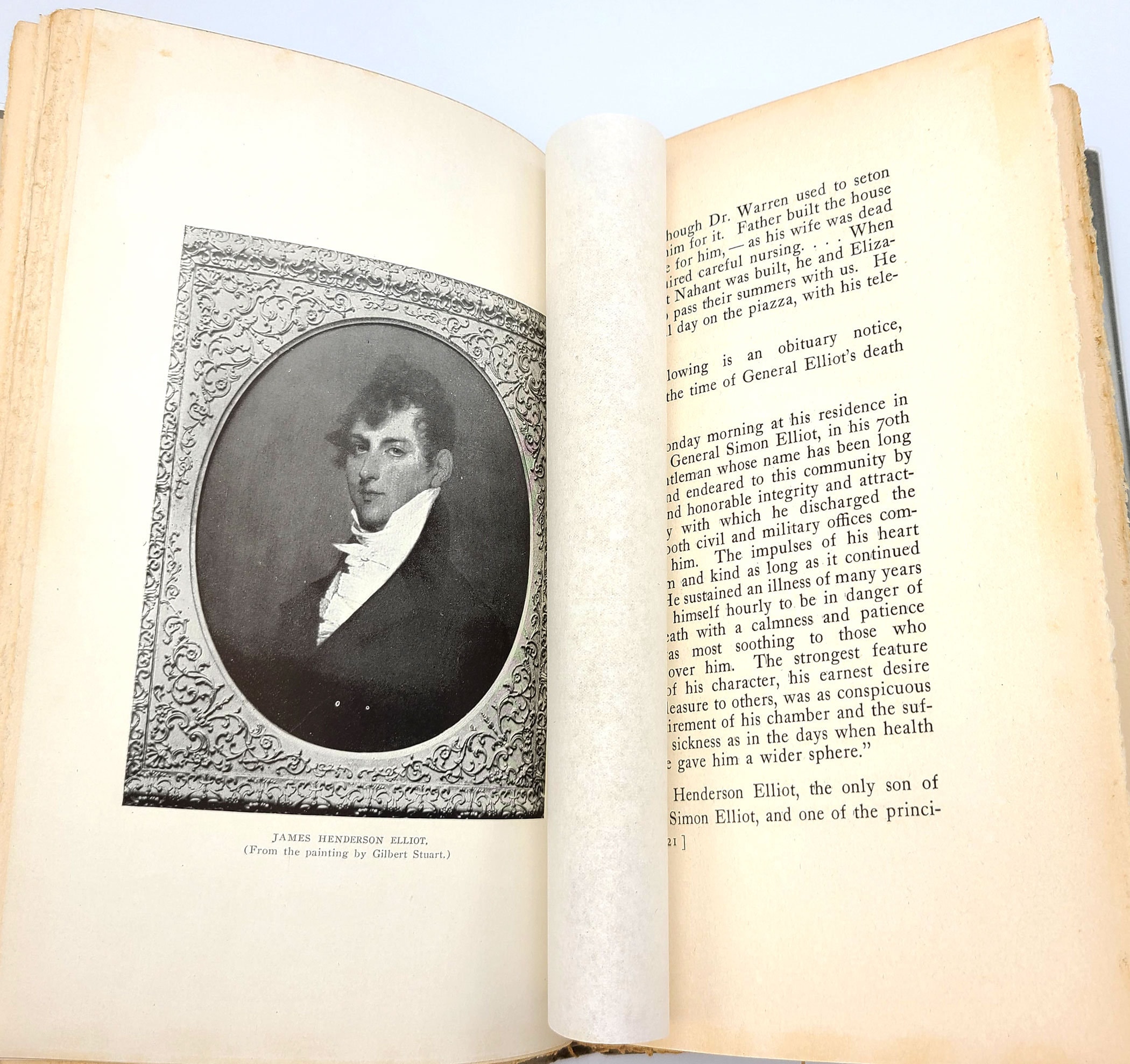 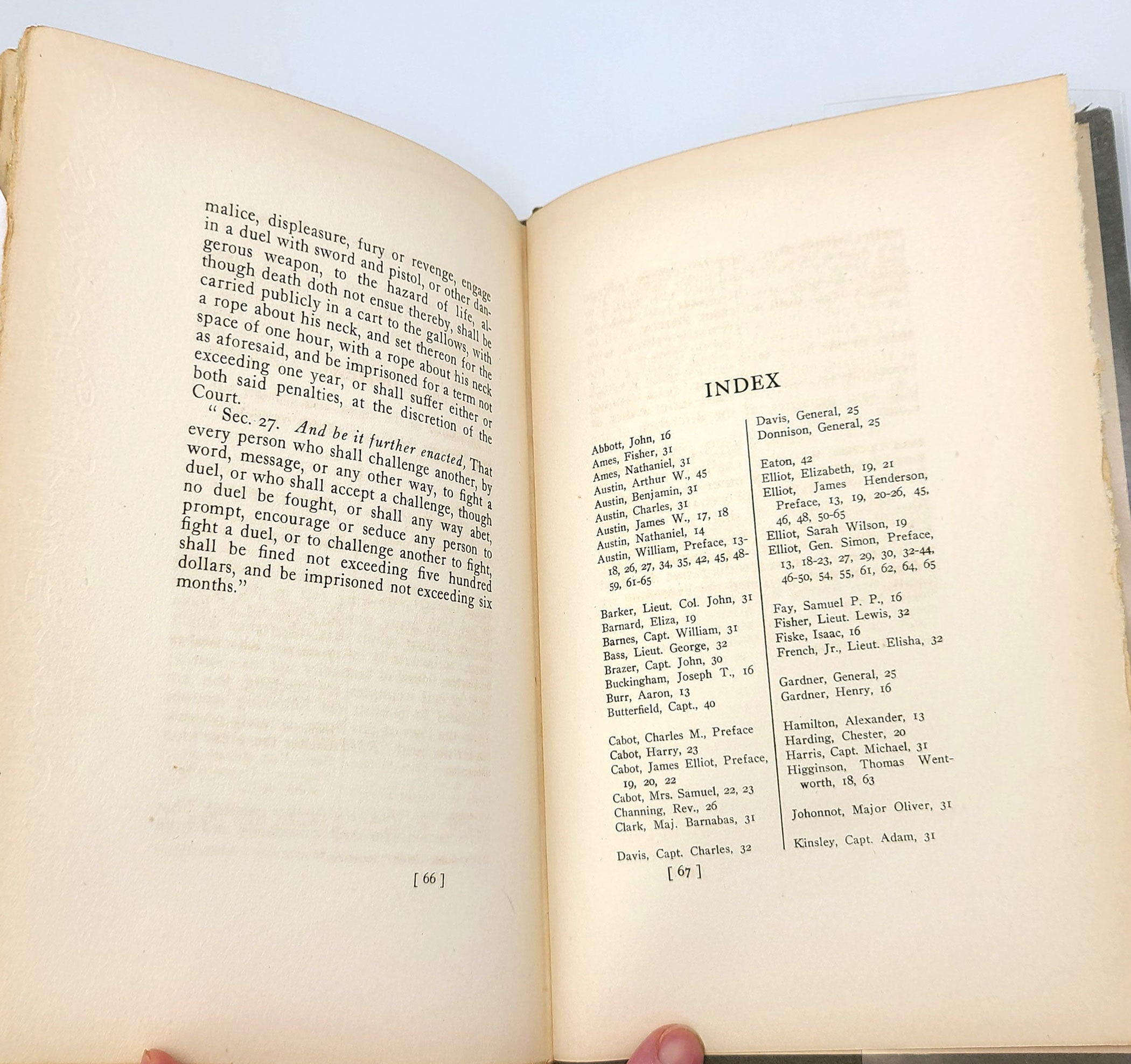 Title: A Forgotten Duel, Fought in Rhode Island between William Austin, of Charlestown, and James Henderson Elliot, of Boston, March 31, 1806

Includes illustrated portraits of William Austin and James Elliot (the principals) and General Simon Elliot, plus a reproduction of the original terms and conditions of the duel, William Austin's letter to Charles Pinckney Sumner (his second), and a plan of the duel.

Walter Austin's account of the 1806 pistol duel that his grandfather participated in. Fought in Providence, Rhode Island, just two years after the famous Hamilton-Burr duel, this was another politically motivated combat. Austin provides biographical profiles for the principals and seconds of the duel, gives the details of the impetus and cause of the duel, and describes the nature of the duel: the challenge and its acceptance, the terms of the duel, its performance, and the reporting of it in newspapers.

The duel was conducted between James Henderson Elliot (1782-1808), a Federalist, who had challenged William Austin (1778-1841), a Democrat, over a perceived wrong against his father, the Major General Simon Elliot. The offense regarded an article that appeared in a Boston newspaper that attacked Gen. Elliot's court martialing and imprisonment of Capt. Joseph Loring, Junior, a Democrat, and that slighted the Federalists.