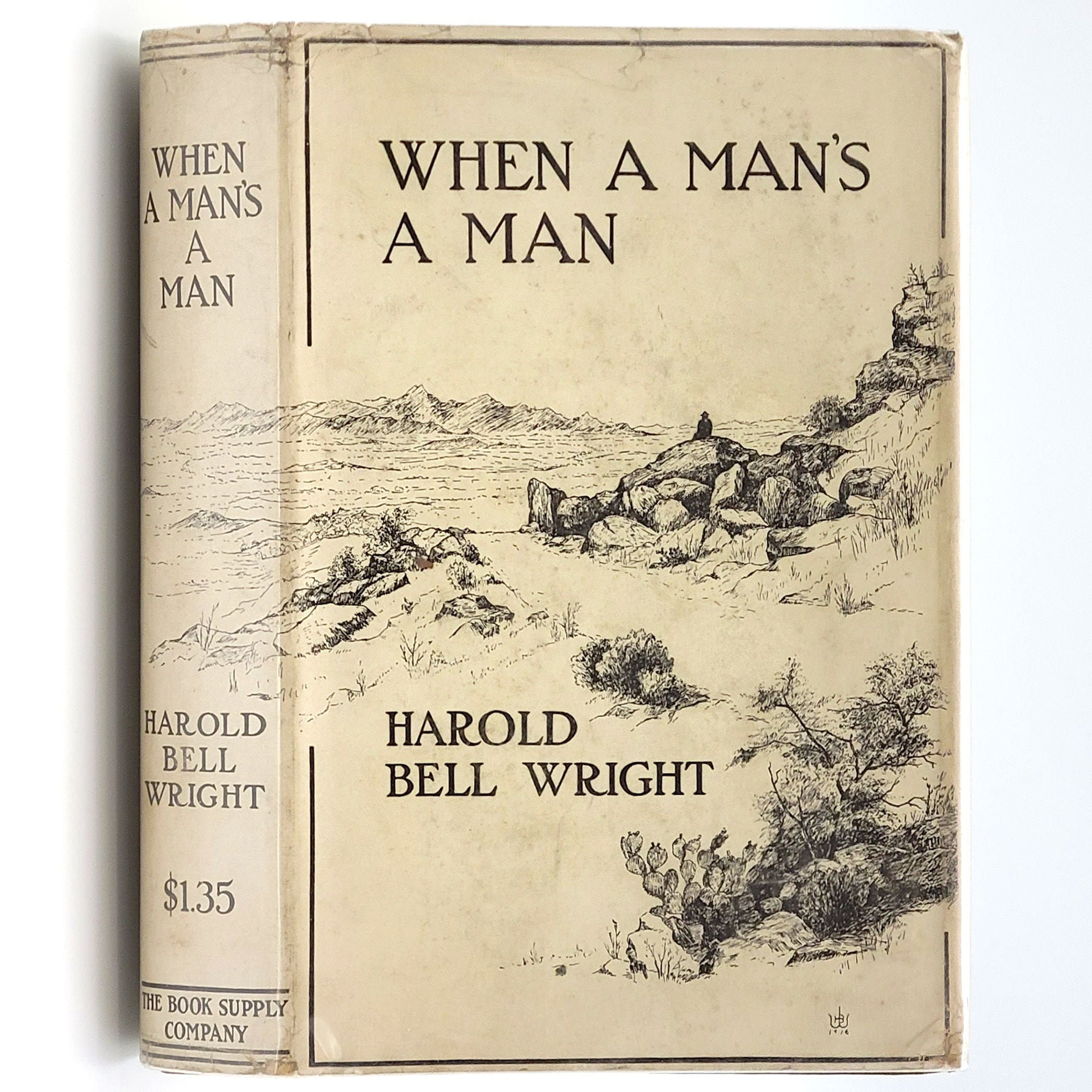 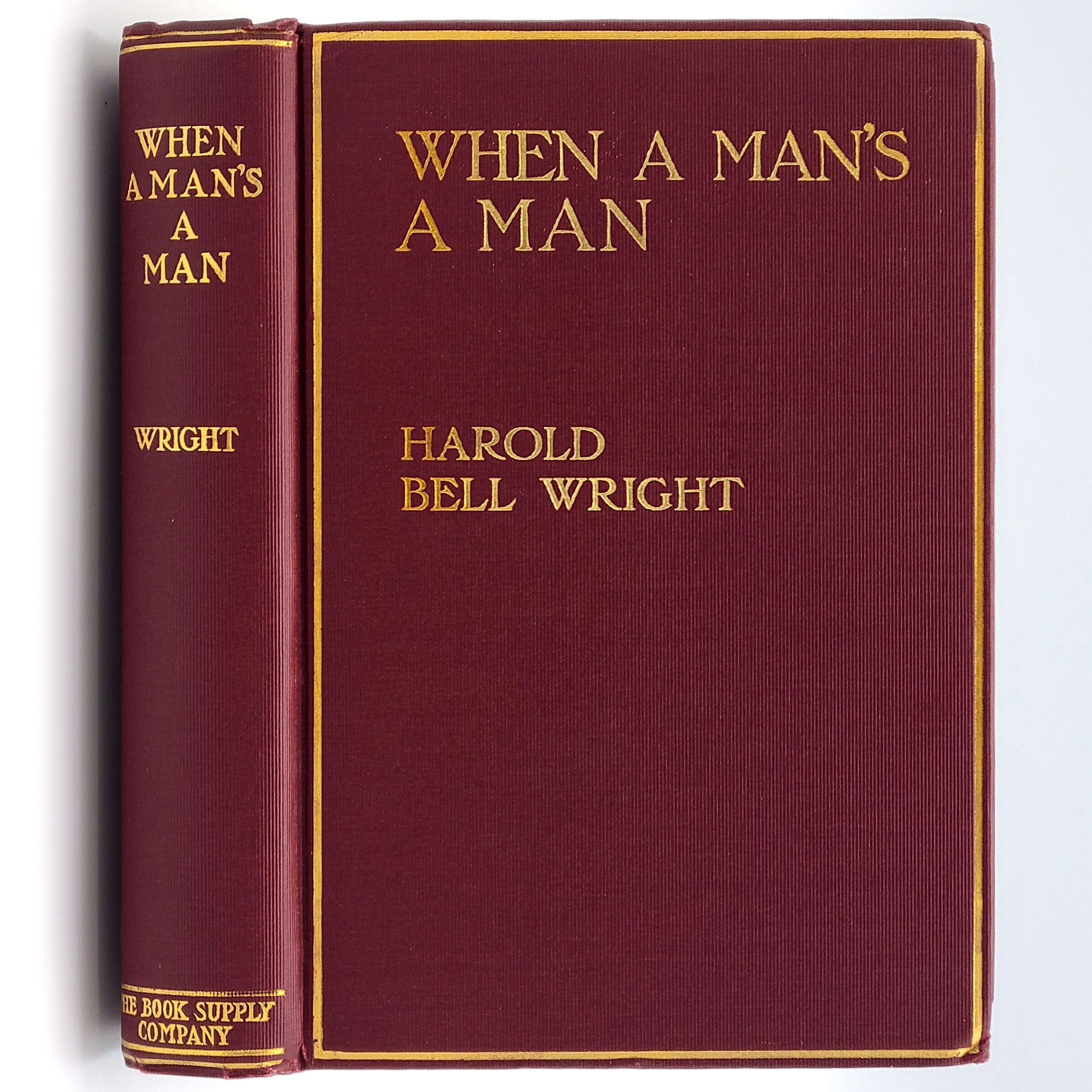 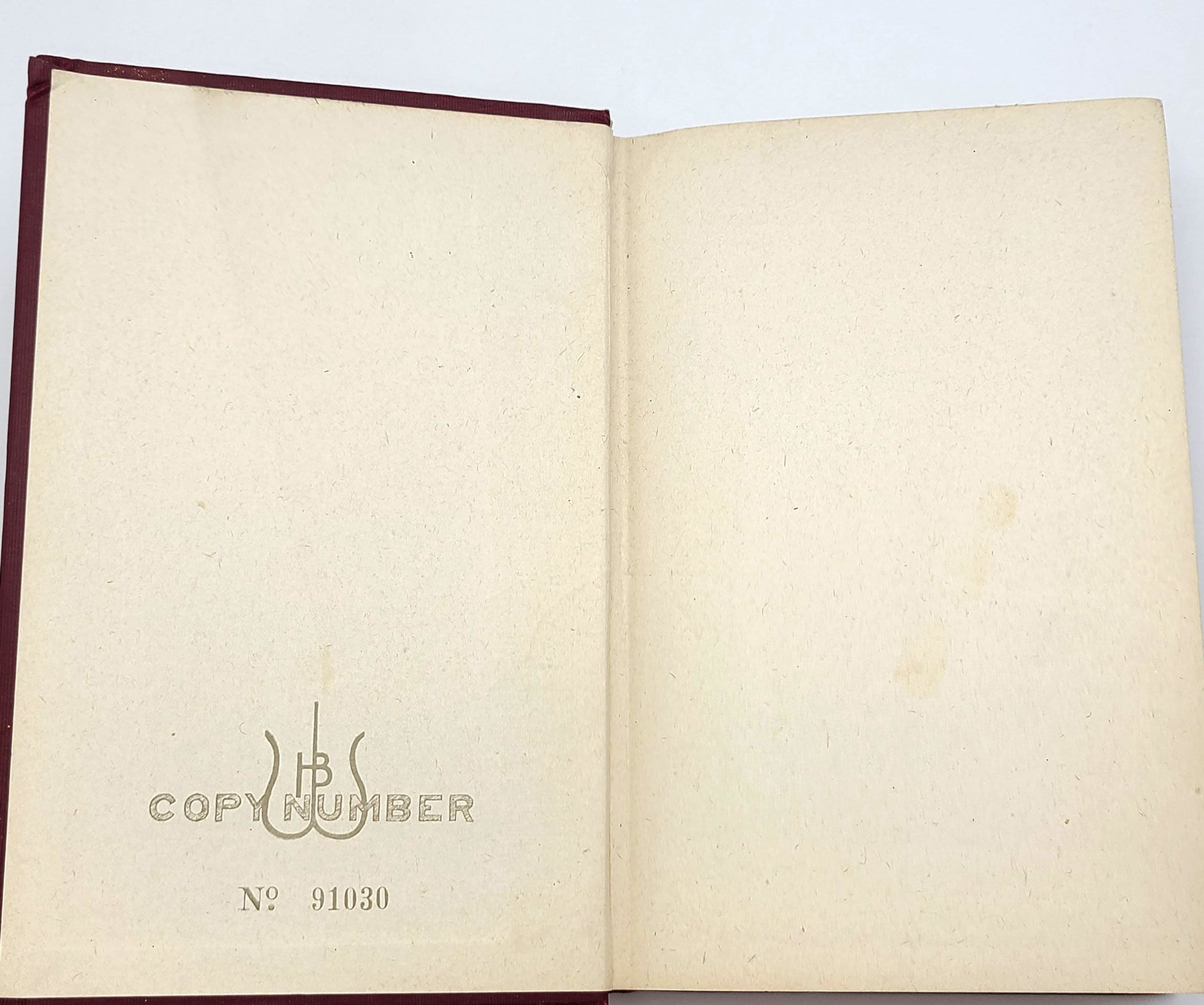 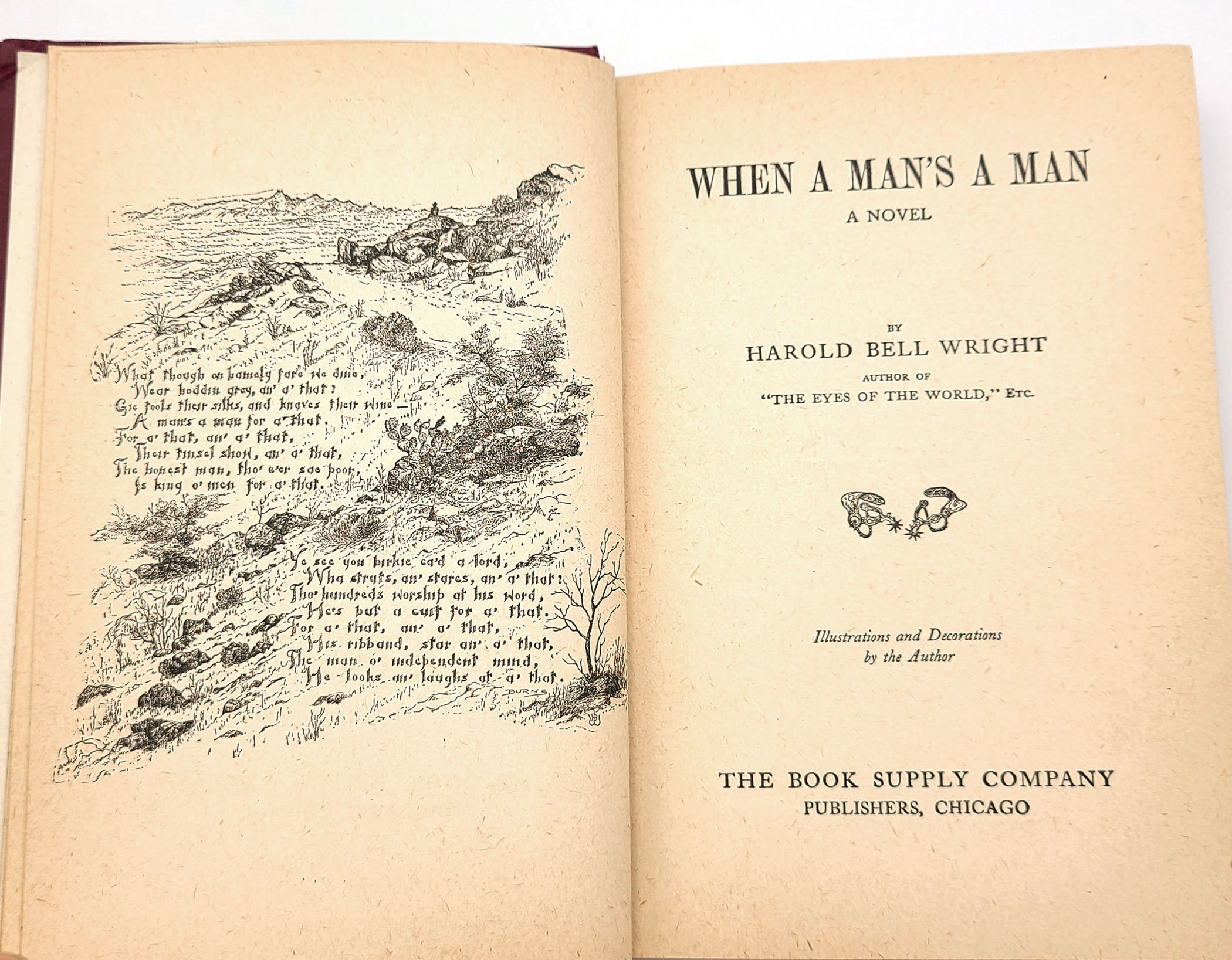 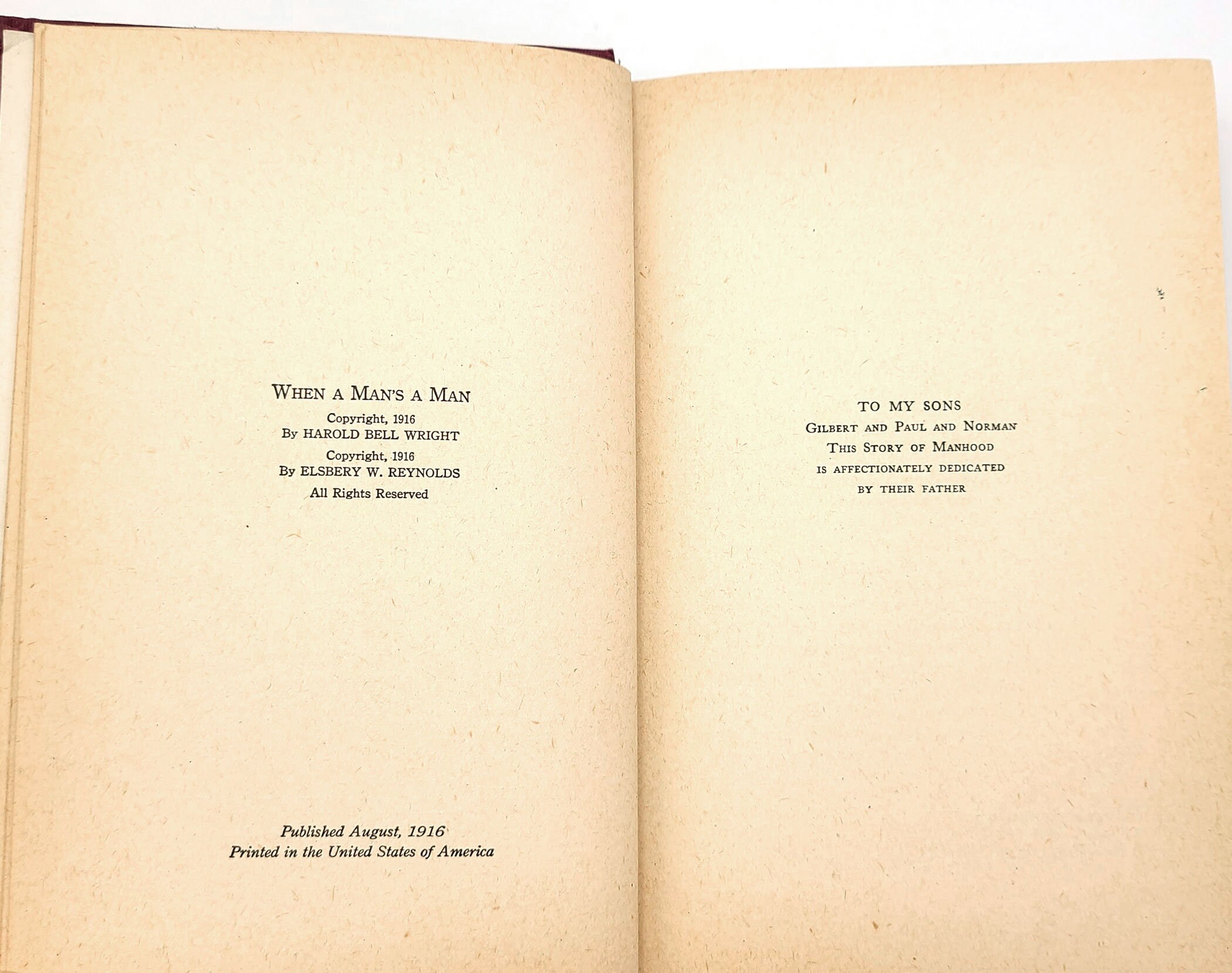 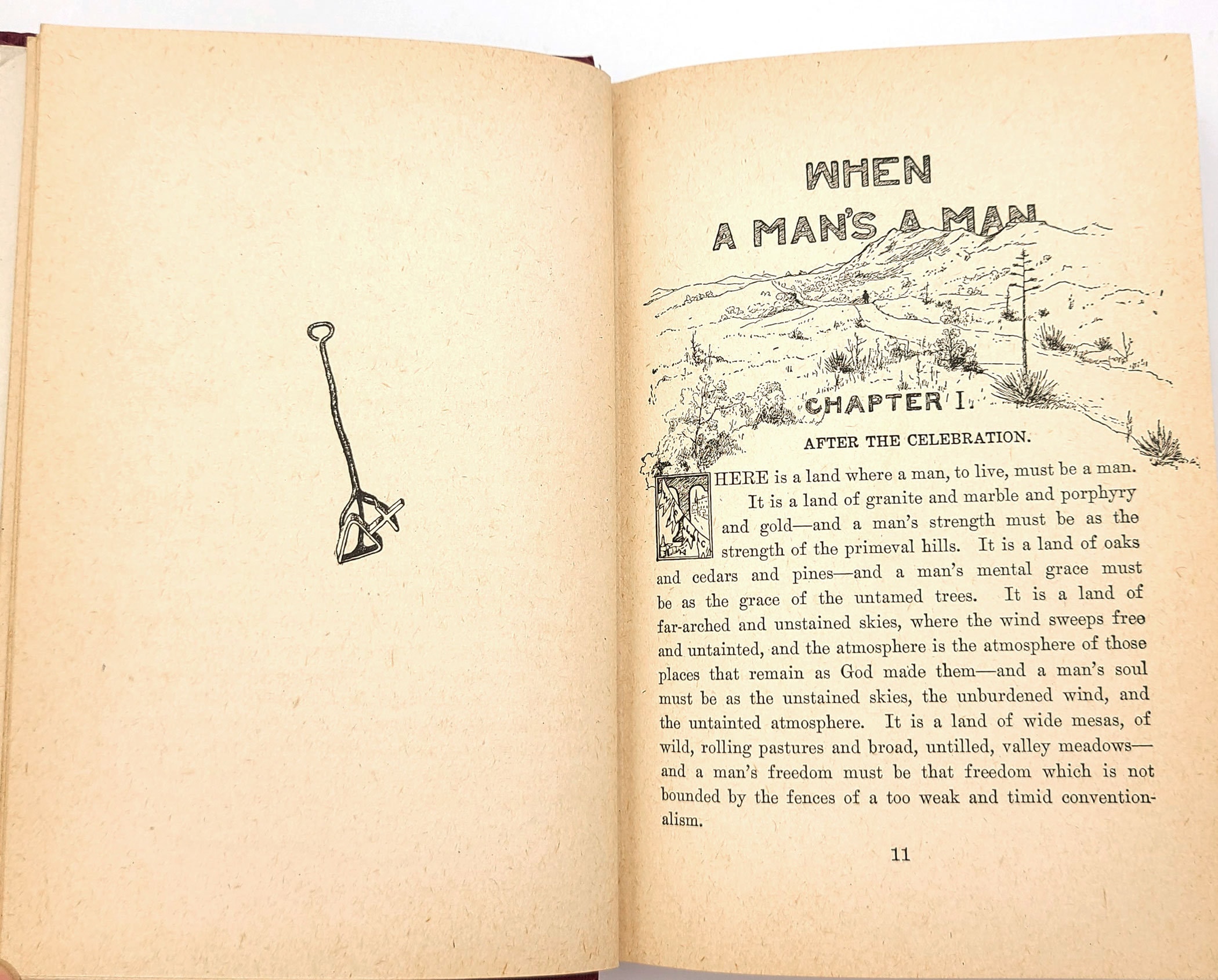 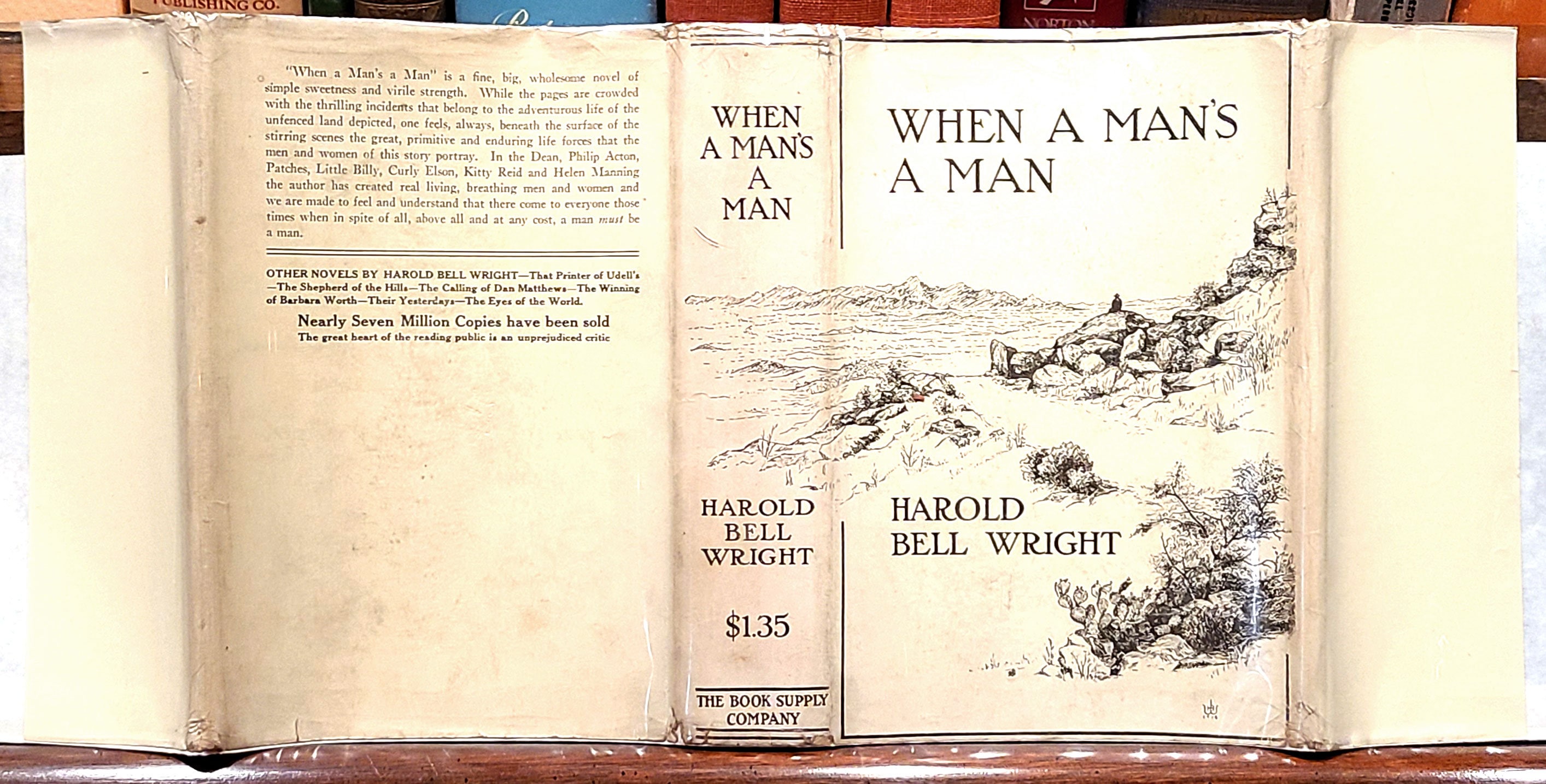 Title: When A Man's A Man: A Novel

Description: First Edition (August 1916). Maroon cloth boards stamped in gilt. Gilt is bright; corners bumped. Interior is clean and unmarked. Dust jacket rubbed; shows some minor edgewear including a couple short closed tears and a small chip near the foot of the spine; publisher's printed price of $1.35 on spine. DJ in archival sleeve. Illustrations by the author. 348, plus [4] pp ads. 7.5 x 5.5 inches.

Western novel about of cattle ranching, rodeos, and cowboys set in the Tucson and the Granite Mountain/Granite Basin area of Arizona. Concludes with four pages of advertising, with quotes from reviews, for Wright's first seven novels.

Harold Bell Wright (1872-1944) was a best-selling American author of fiction, essays, and nonfiction. When A Man's a Man was made into a film twice, both directed by Edward F. Cline. The first, in 1924, was a silent movie. The second adaptation was released in 1935 and starred Dorothy Wilson and Paul Kelly, and was partially filmed in Zion National Park.