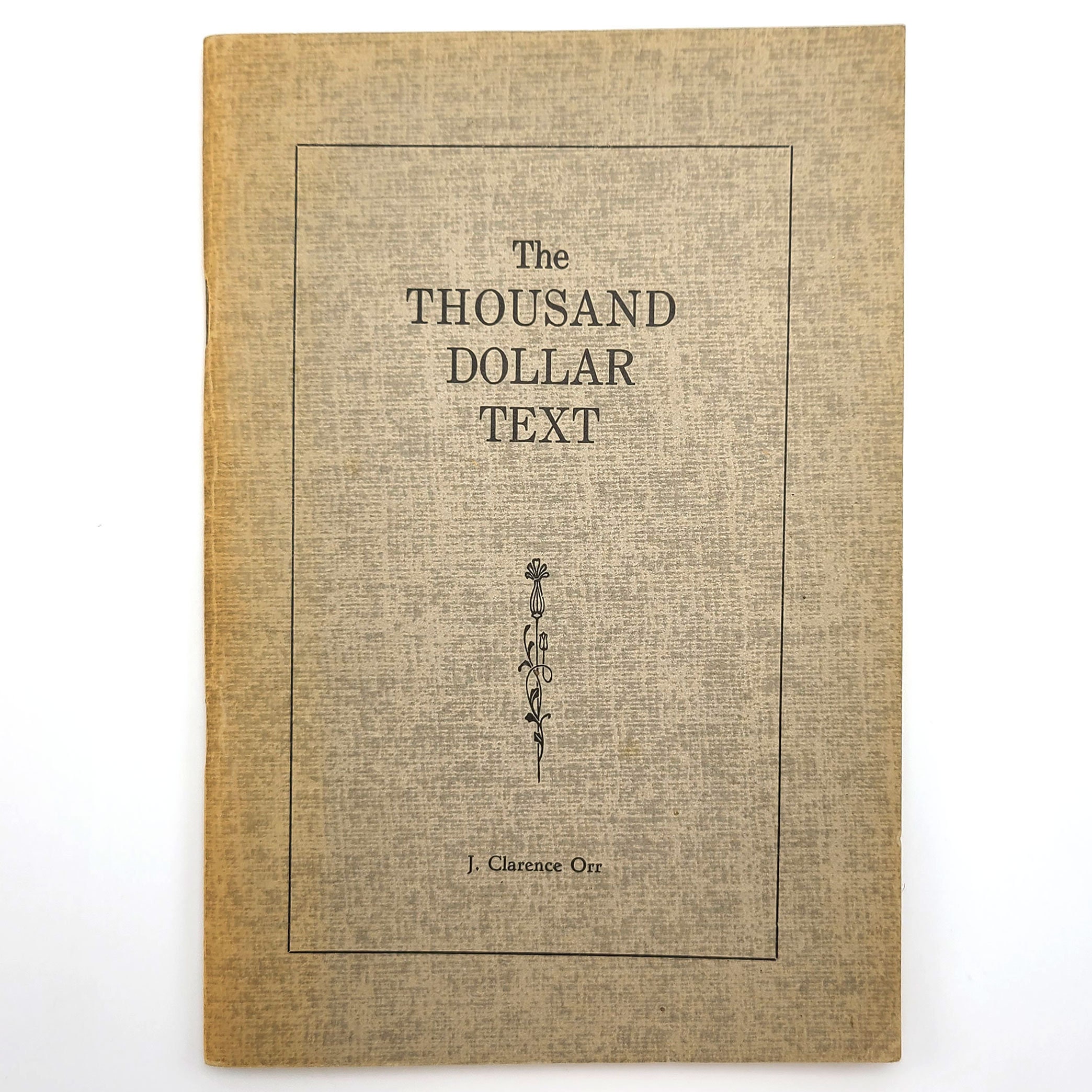 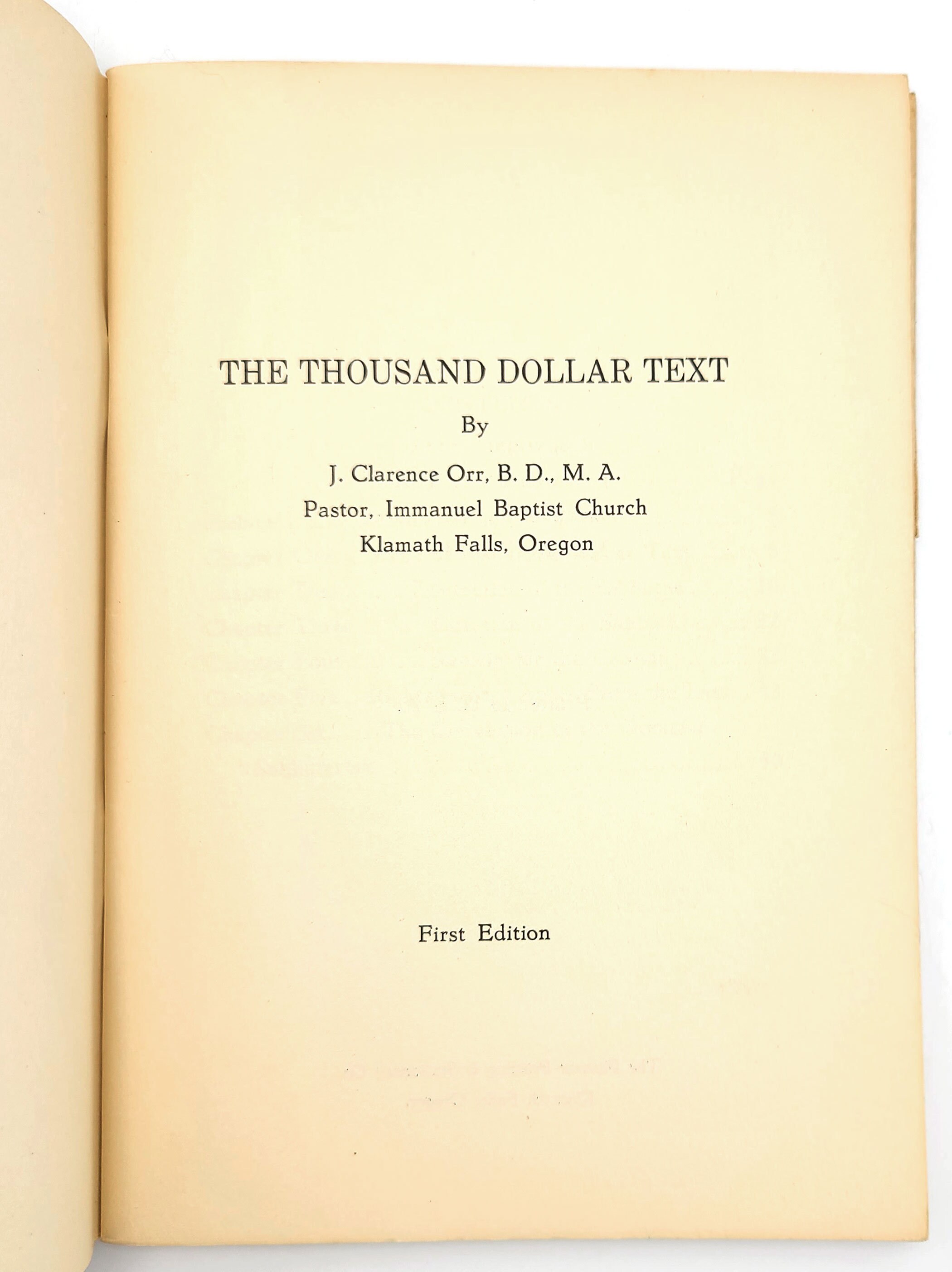 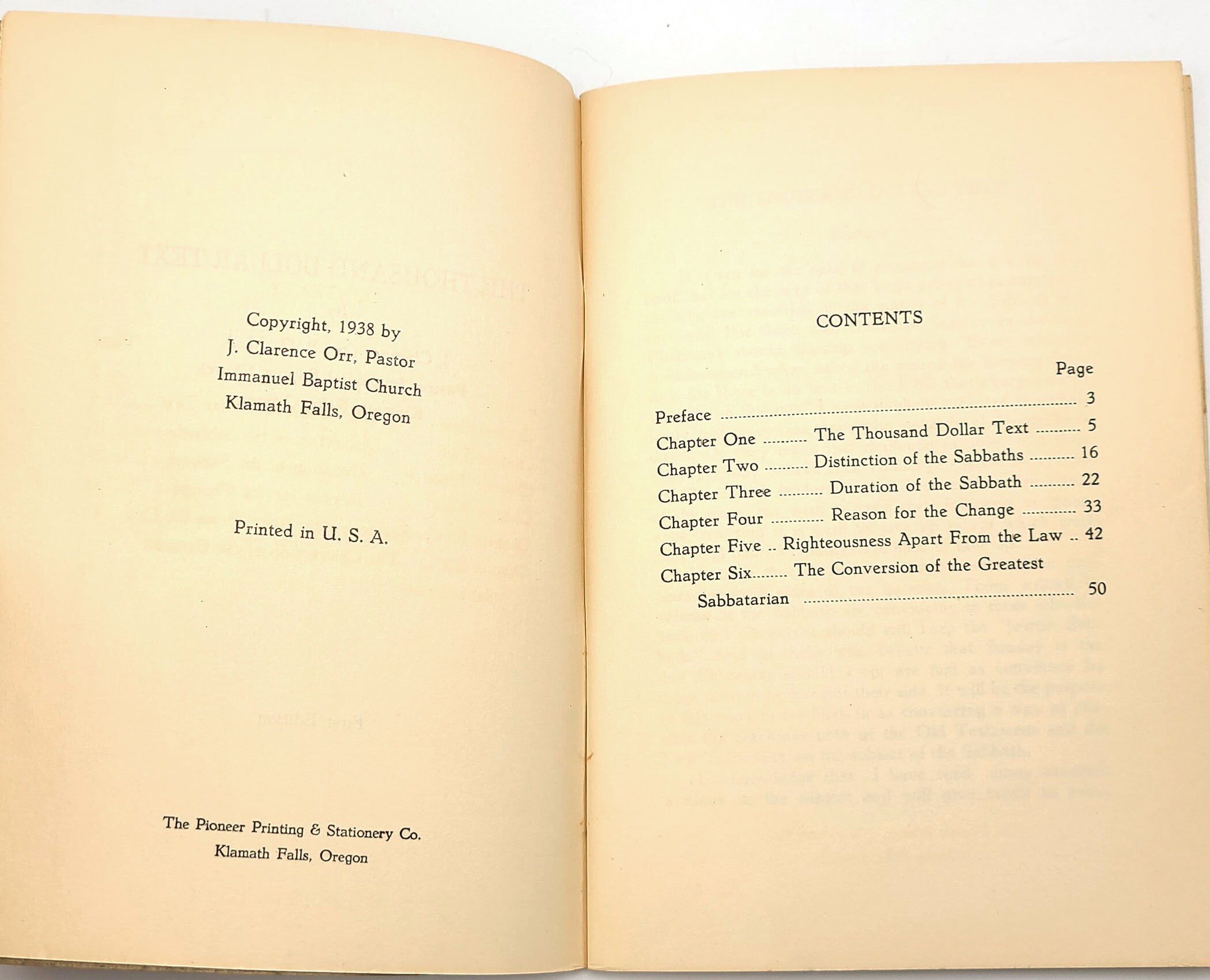 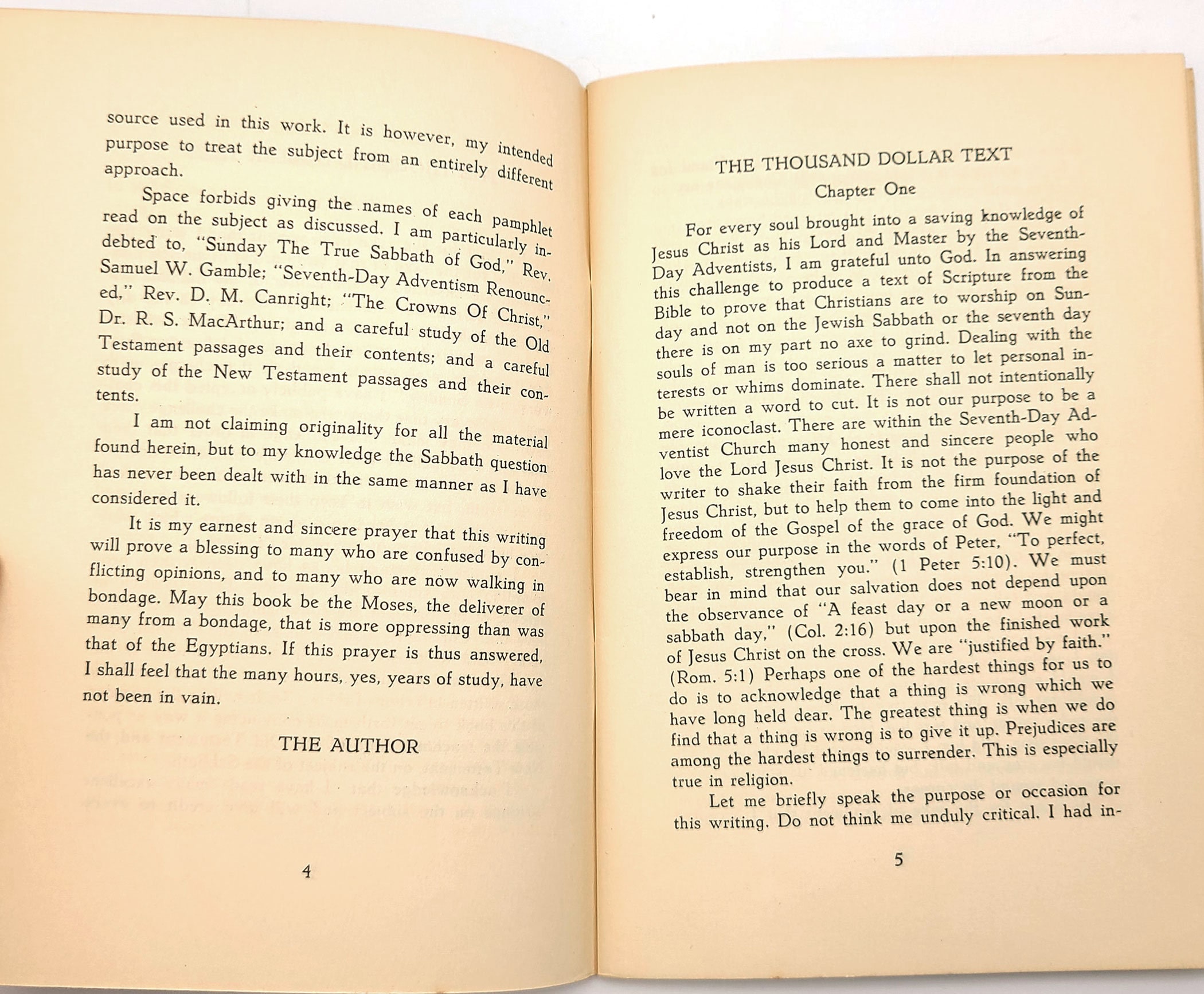 Six essays by a Baptist minister addressing the Sunday observance of the Sabbath, rather than Saturday, as observed by Jews and Seventh-Day Adventists.

Contents: 1) The Thousand Dollar Text. 2) Distinction of the Sabbaths. 3) Duration of the Sabbath. 4) Reason for the Change. 5) Righteousness Apart from the Law. 6) The Conversion of the Greatest Sabbatarian [Rev. D. M. Canright of the Seventh-day Adventist Church].

J. Clarence Orr (1897-1955) was a graduate of the Bible Institute of Los Angeles (later Biola University). He served as pastor at several Baptist churches in western states, including those at Oakland and Corning, California; Independence and Klamath Falls, Oregon; Kent, Washington; and Lewiston, Idaho. He published this book while pastor at Immanuel Baptist Church, Klamath Falls, where he was also known as "the radio preacher."