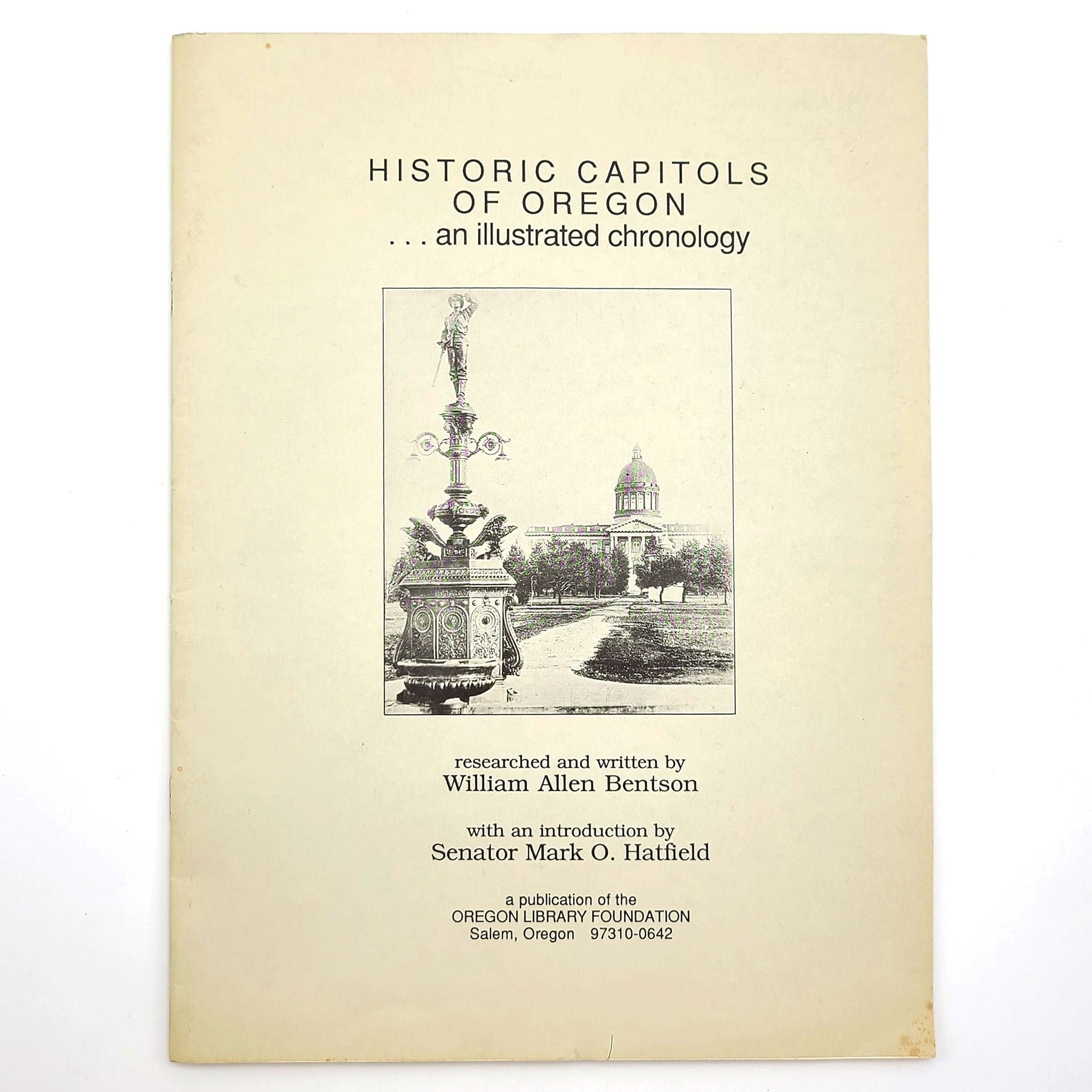 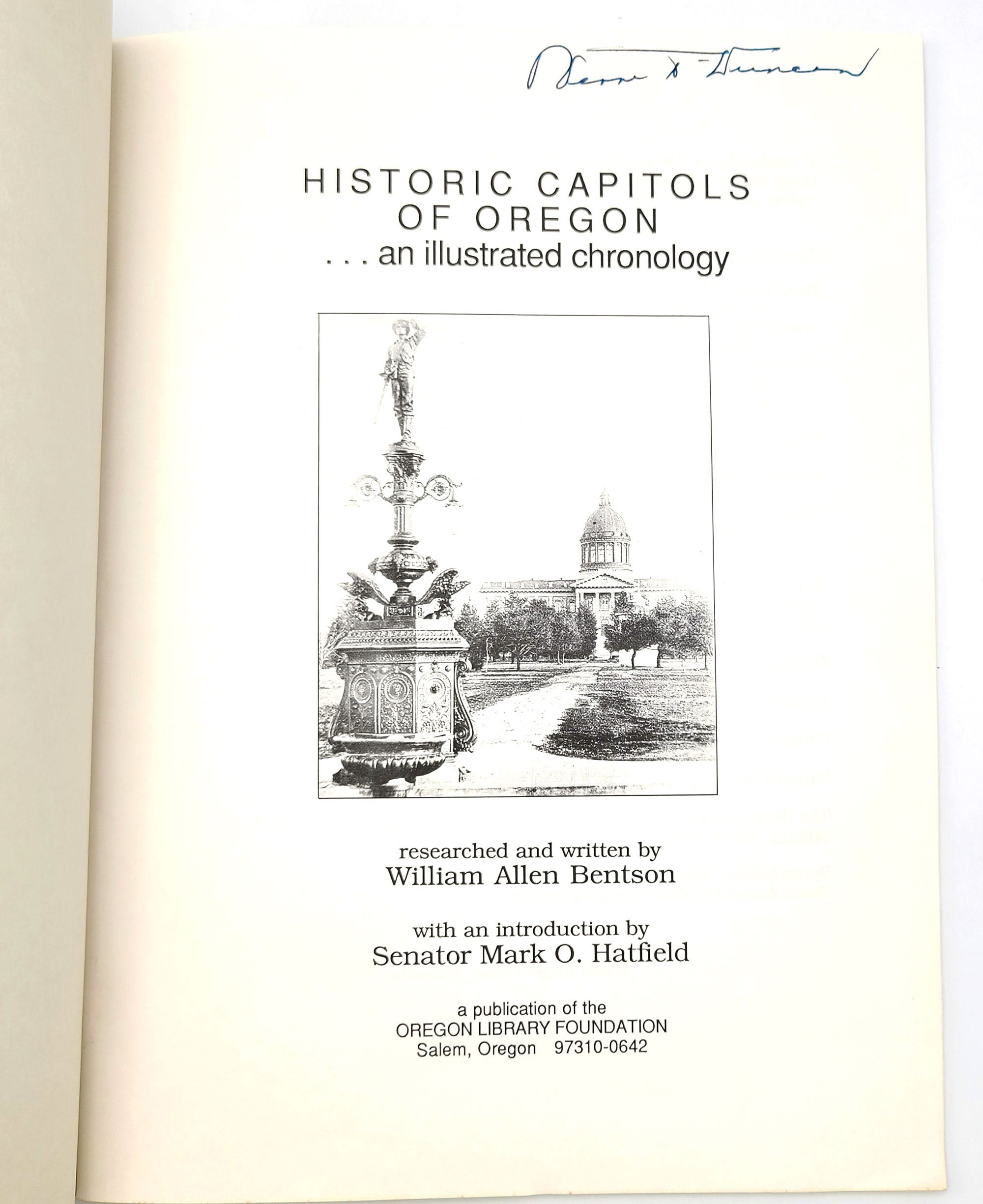 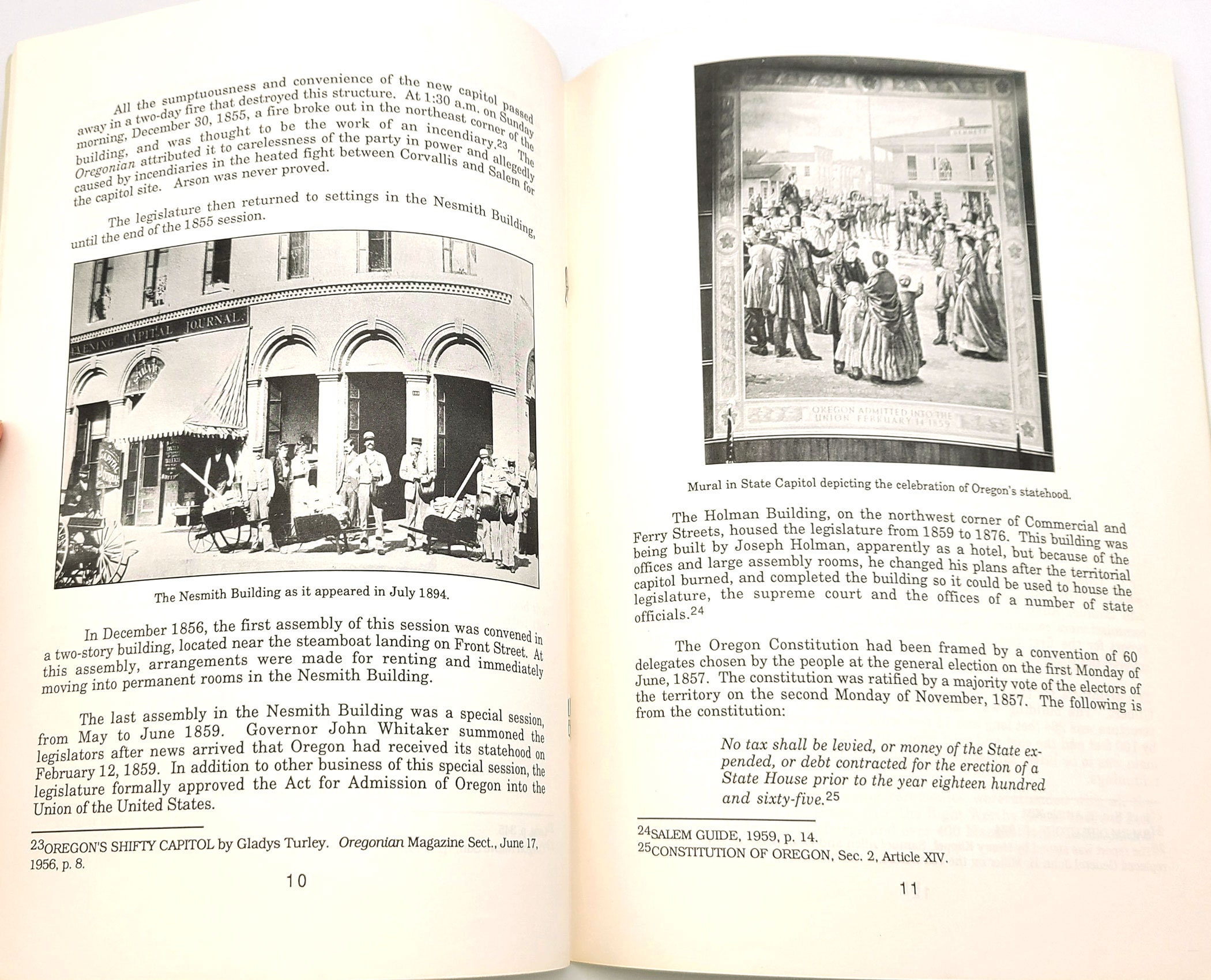 A presentation of Oregon's seat of government, its many changes of location in history, and the various buildings occupied as a legislative hall. The narrative begins in 1838 with the petition for occupation of Oregon Country and Jason Lee's work, and moves through the meetings in 1841 at Champoeg and Salem, the provisional government of the later 1840's at Oregon City, sessions at Willamette University and Linn City, 1852 when President Millard Fillmore officially made Salem the state capitol, the Territorial government's removal to Corvallis, and then the back to Salem, concluding with the capitol building's burning in 1935 and the new capitol completed in 1938.

From the collection of Verne Duncan (b. 1934), a long standing figure in Oregon's public life, both as an educator and as a politician. He was the Oregon Superintendent of Public Instruction from 1975 to 1989 and was a member of the Oregon Senate from 1999 to 2003.