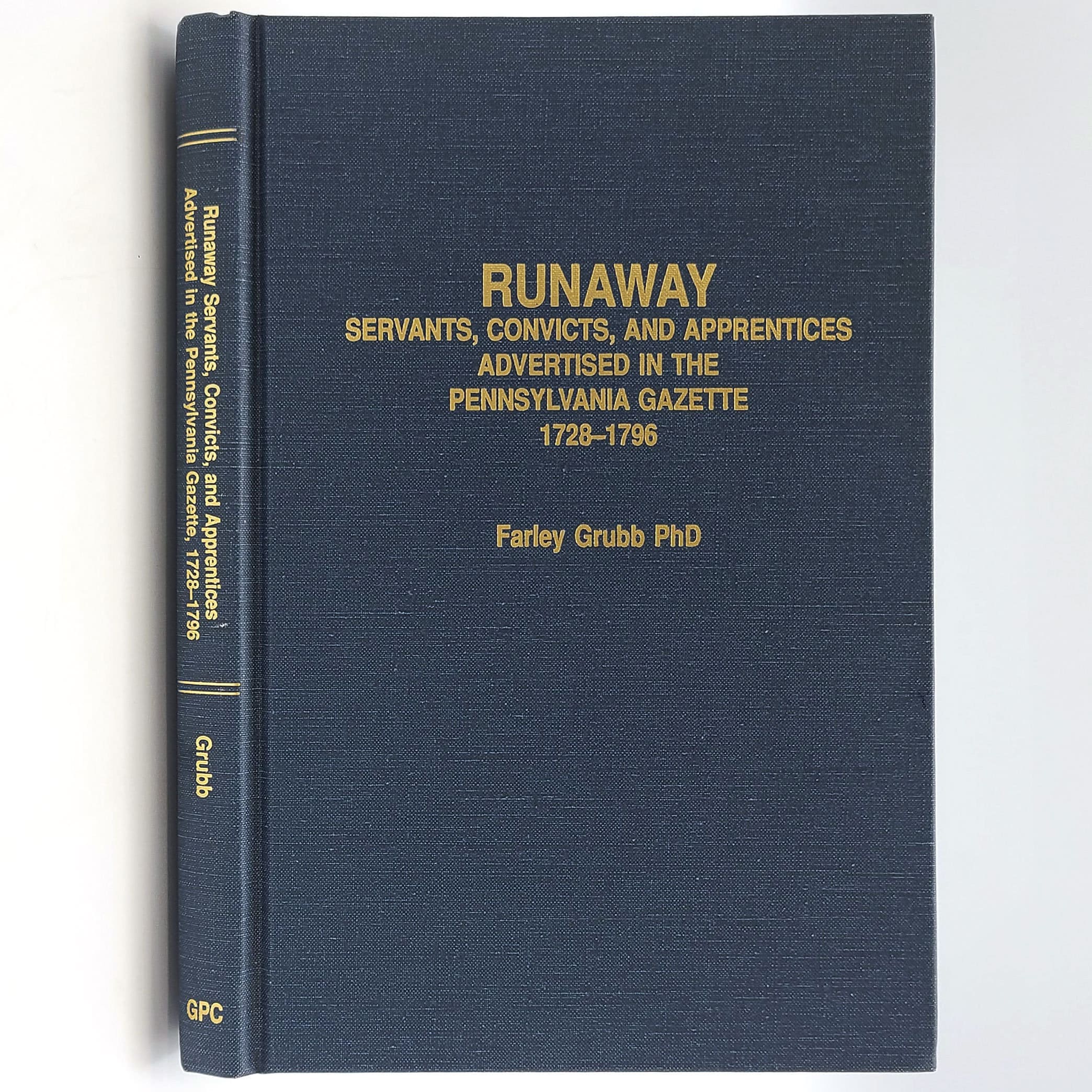 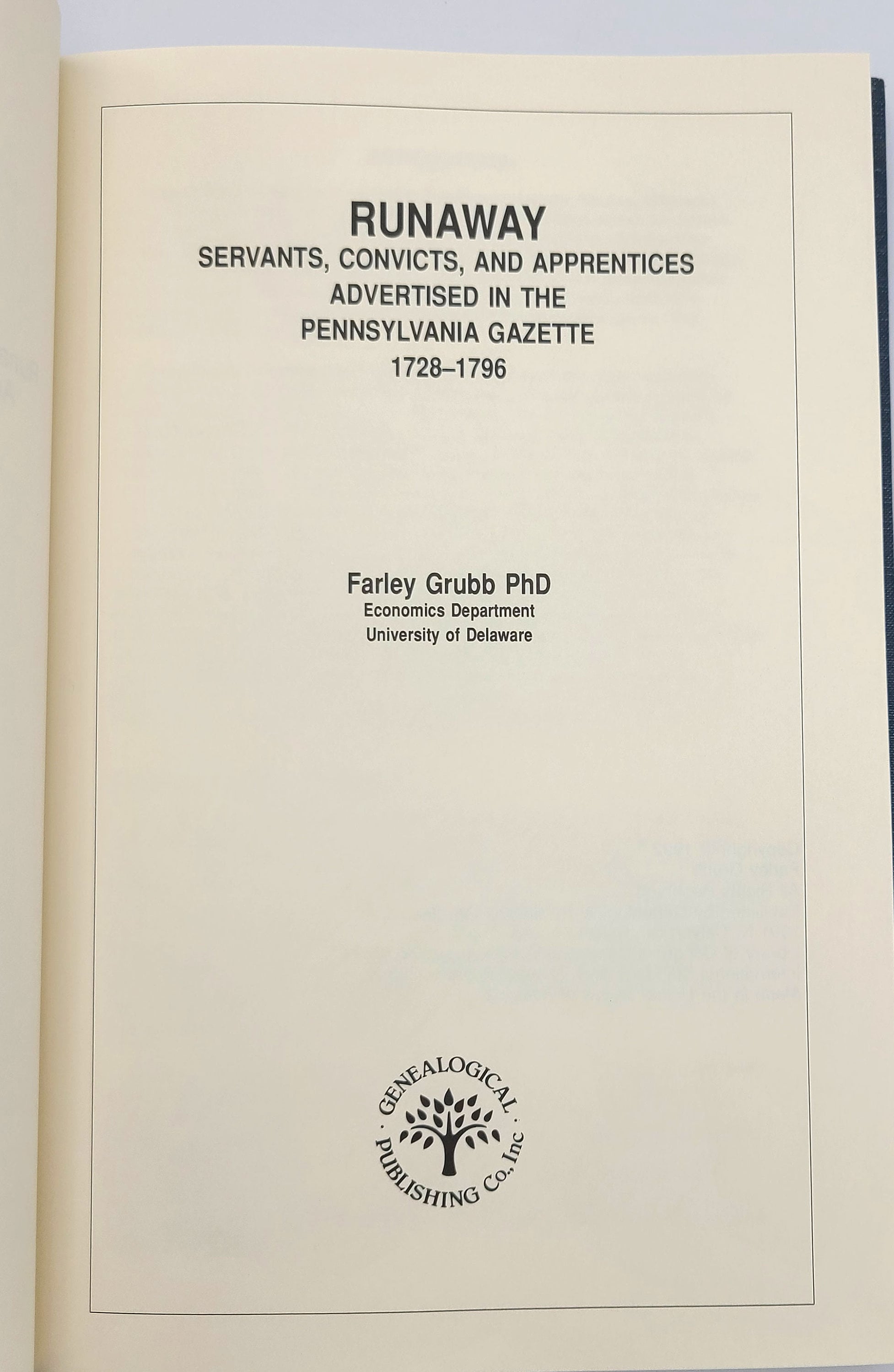 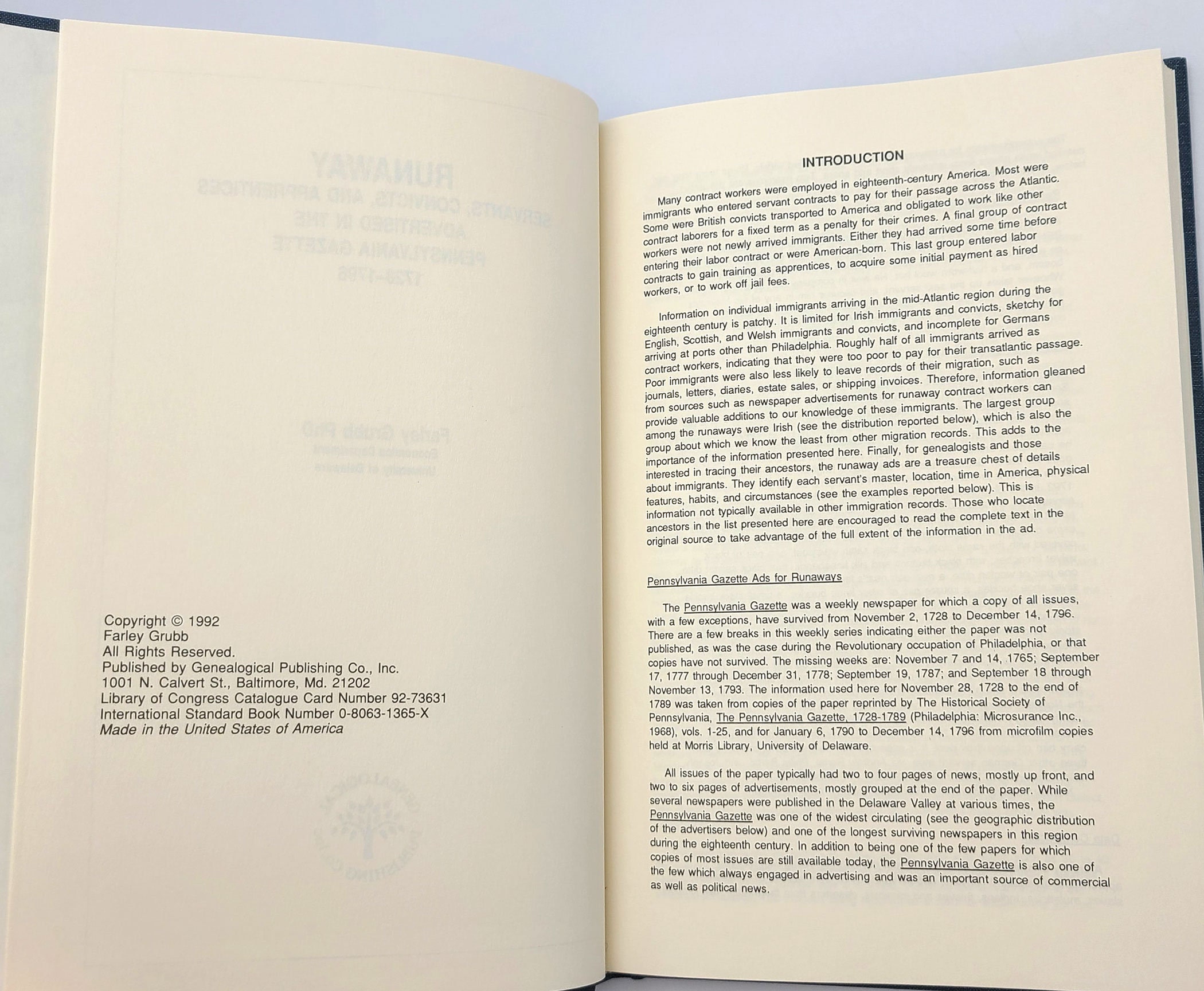 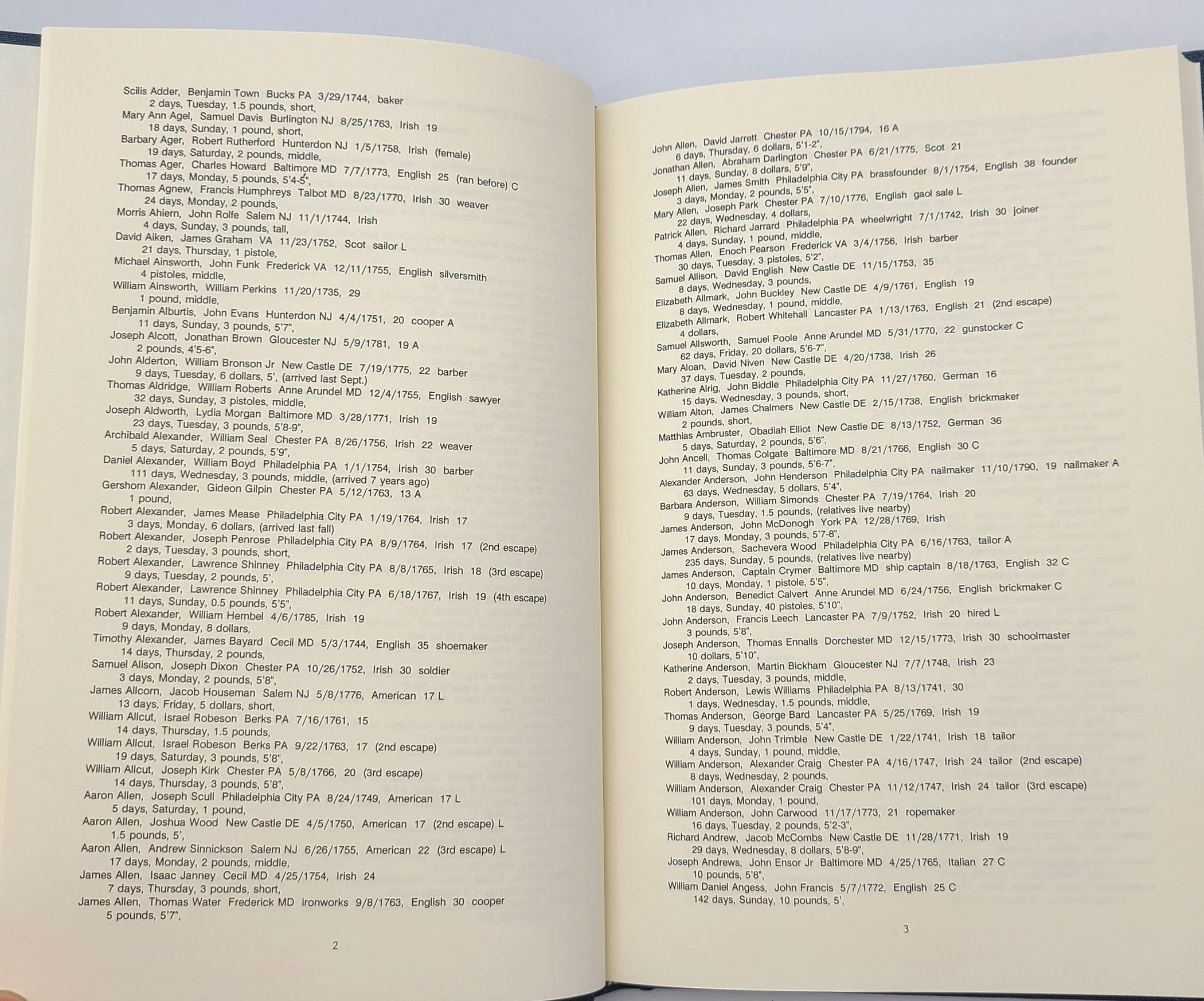 The runaways listed in this work are restricted to civilian contract workers of European descent who were apprentices (516), transported convicts (538), or servants (5103). Total count of escapees is 6157. The geographic distribution of masters' colonies include: Pennsylvania, New Jersey, New York, Virginia, Maryland, North Carolina, and Delaware.

Each listing includes the following, when available: servant's name, the master's name, the master's county and colony (state) of residence, master's occupation, date of first appearance of advertisement, descriptive information on the servants (including ethnicity; most being Irish, English, German, American, Scots, or Welsh), servant's age, designation as apprentice or convict (etc.), time elapsed between when the servant ran away and the first appearance of the ad, maximum reward offered, and the servant's height.

The Pennsylvania Gazette was a weekly newspaper for which a copy of all issues, with a few exceptions, have survived from November 2, 1728 to December 14, 1796. It was one of the widest circulating newspapers in the Delaware Valley region and is also one of the few which always engaged in advertising and was an important source of commercial as well as political news.