Turkey, The Great Powers, and The Bagdad Railway: A Study in Imperialism SIGNED 1st 1923 by Edward Mead Earle 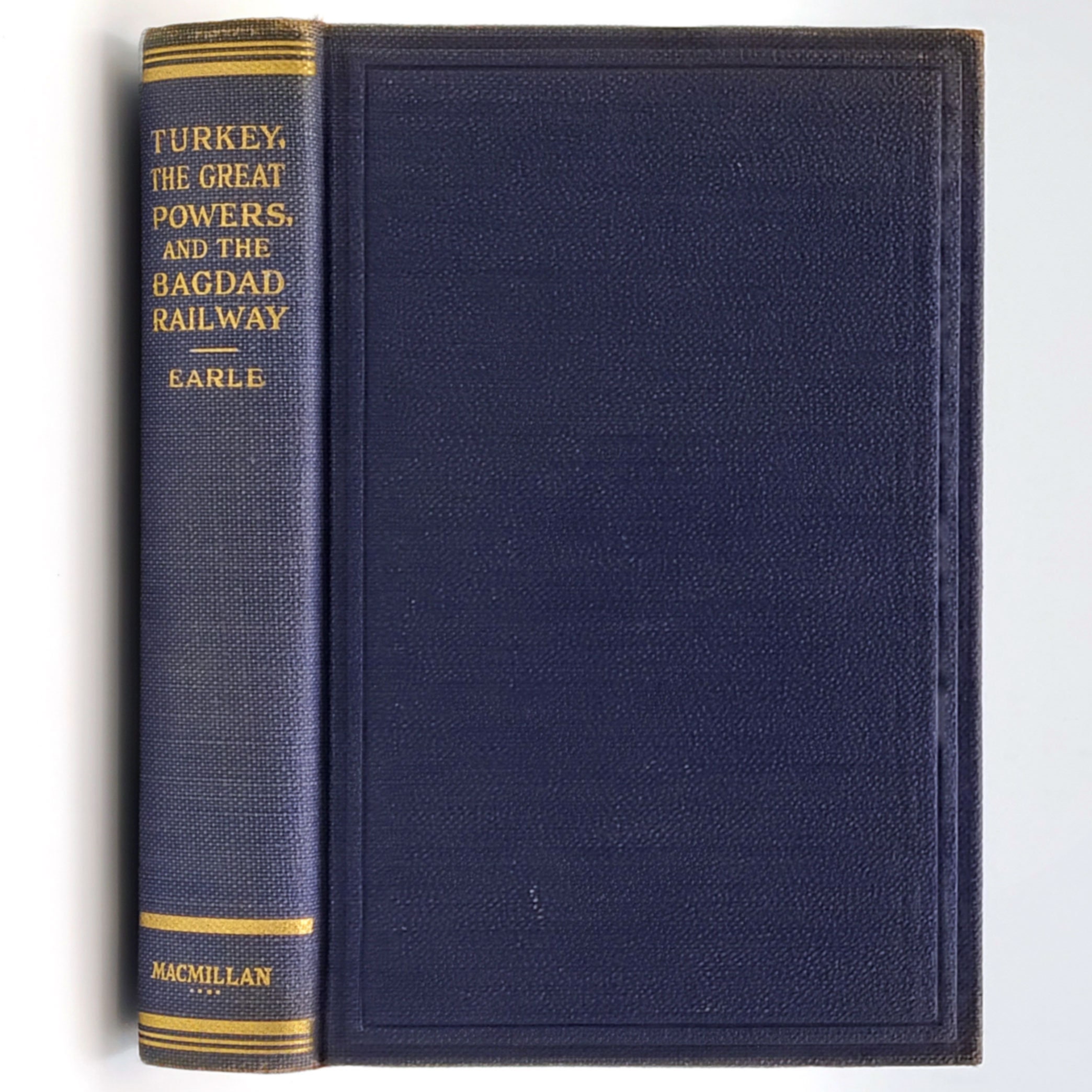 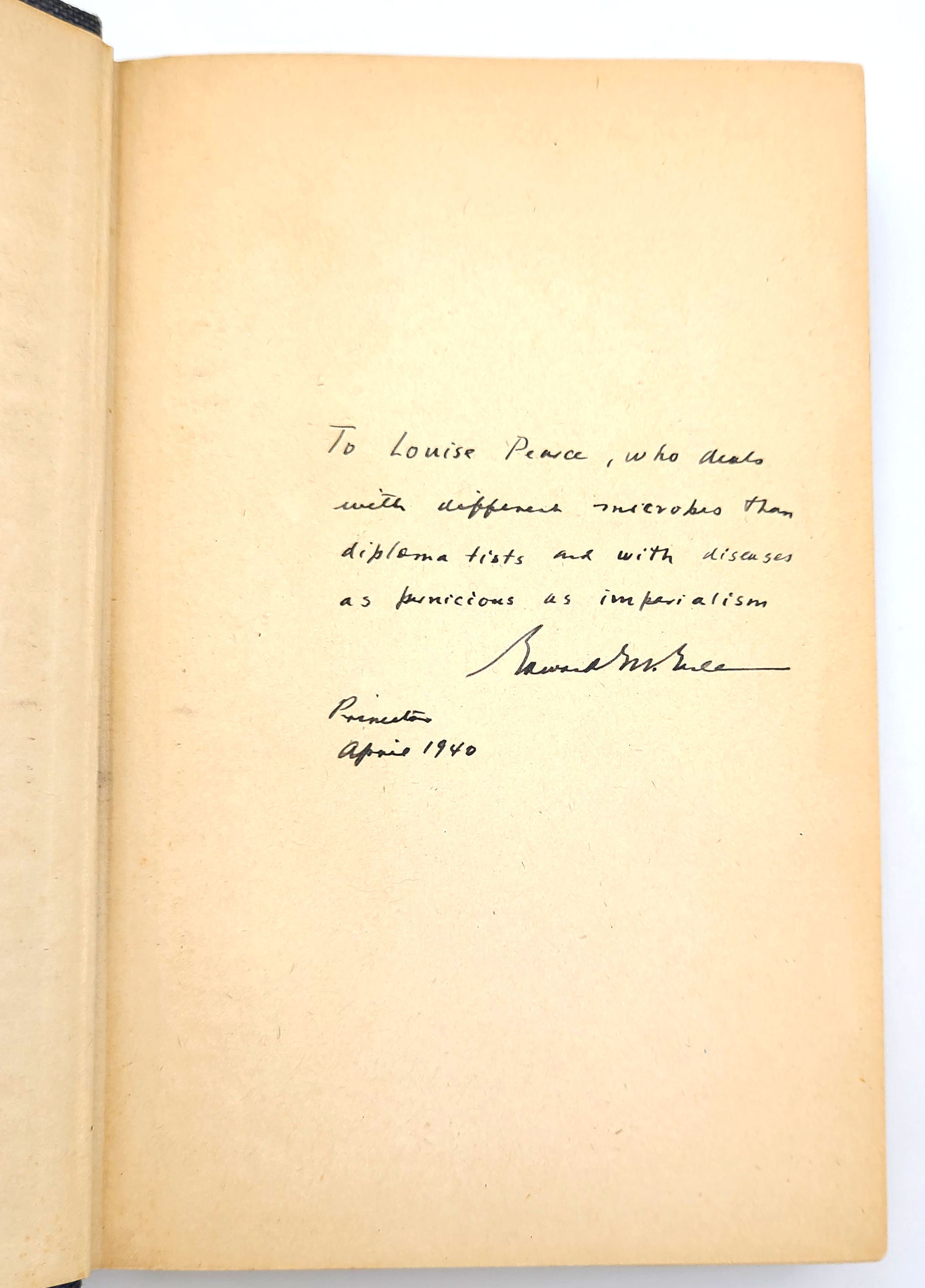 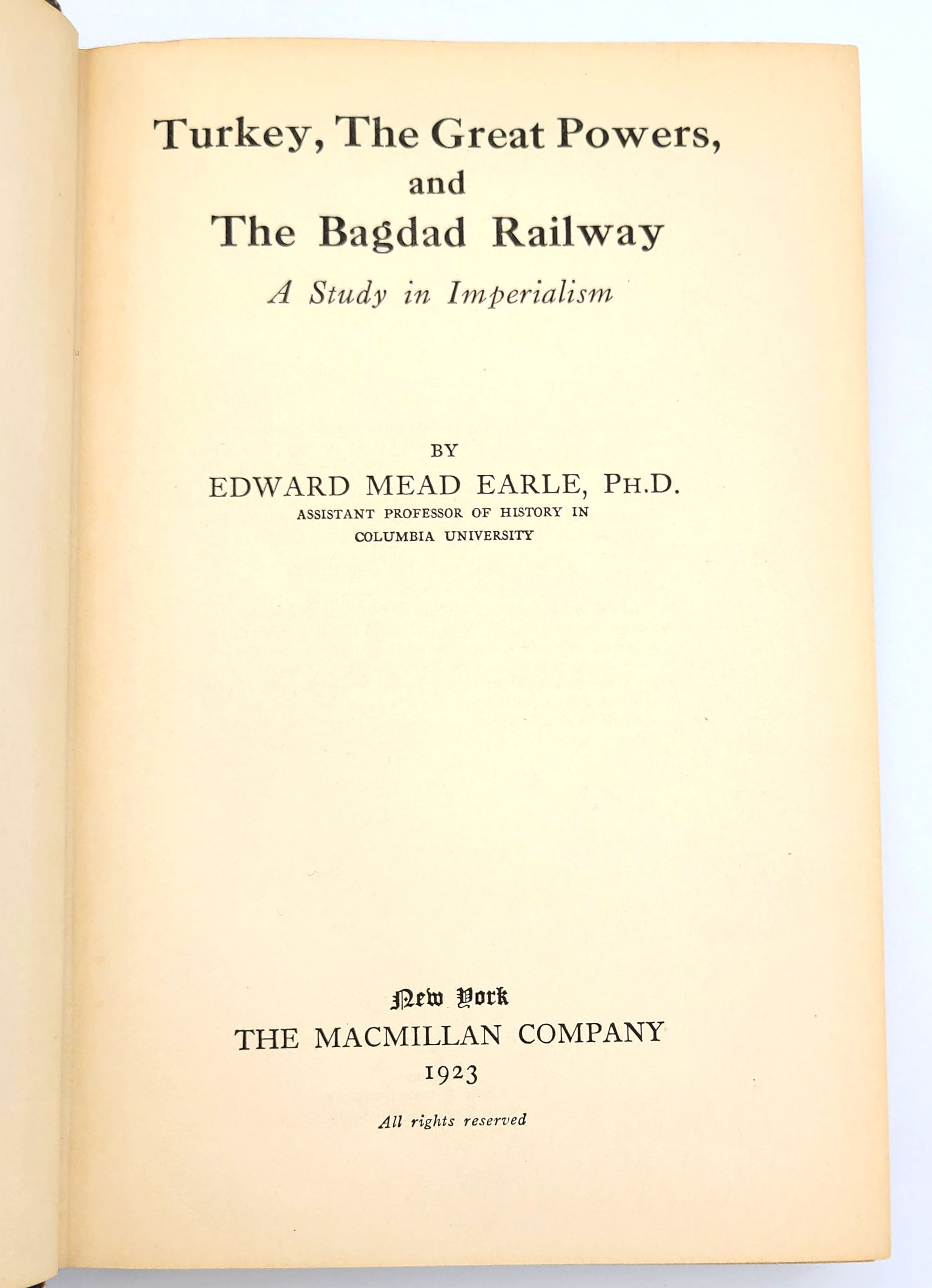 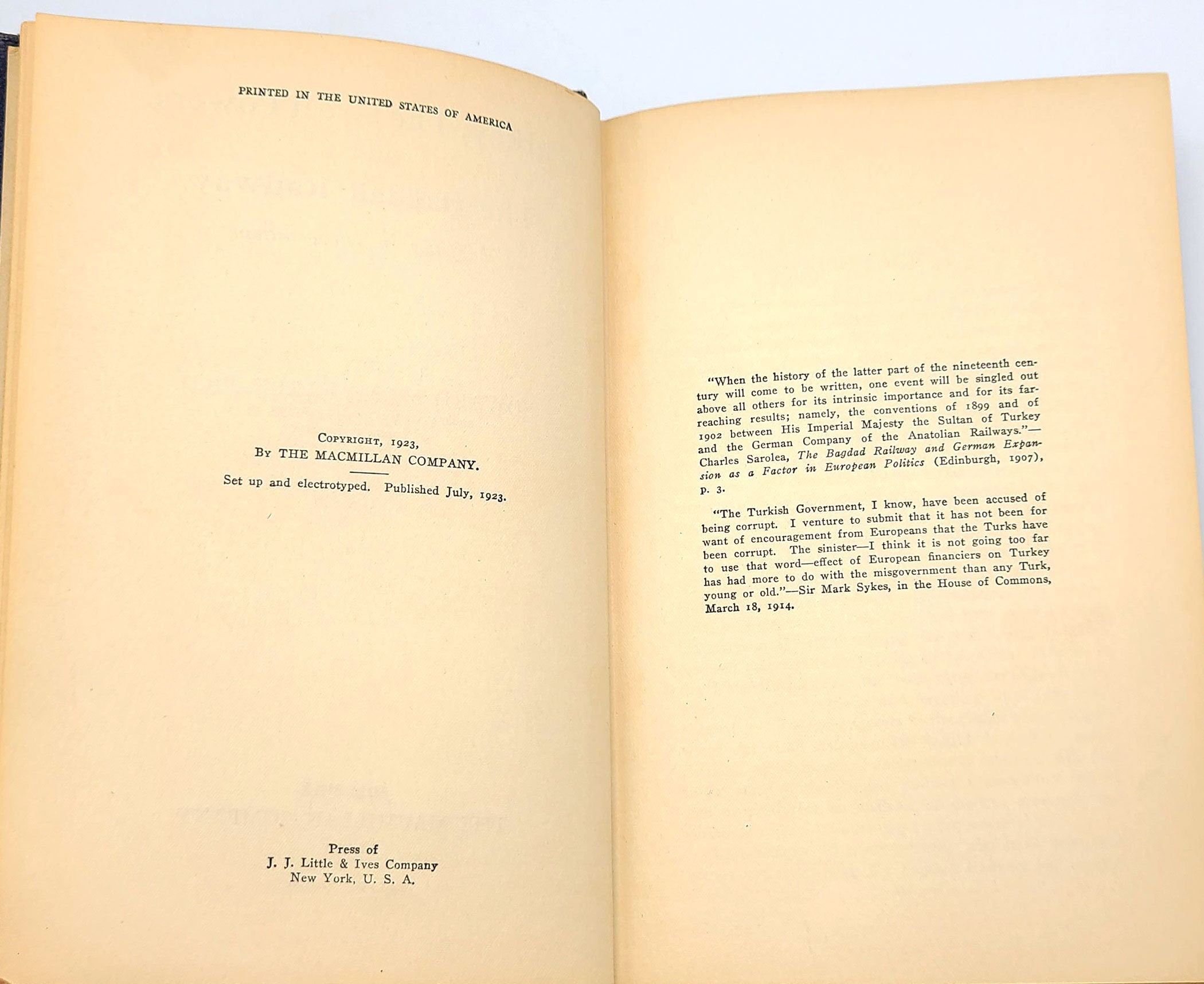 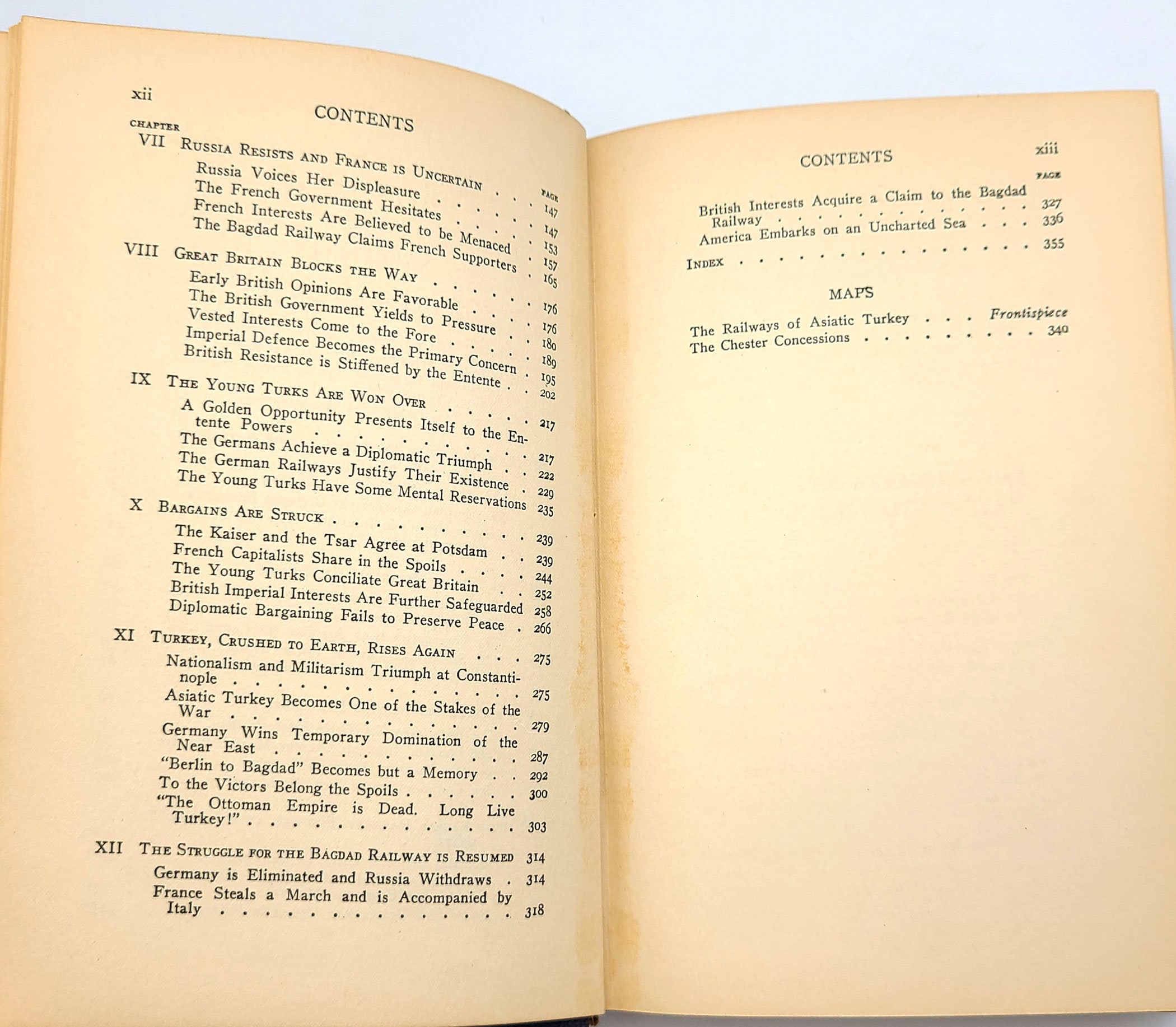 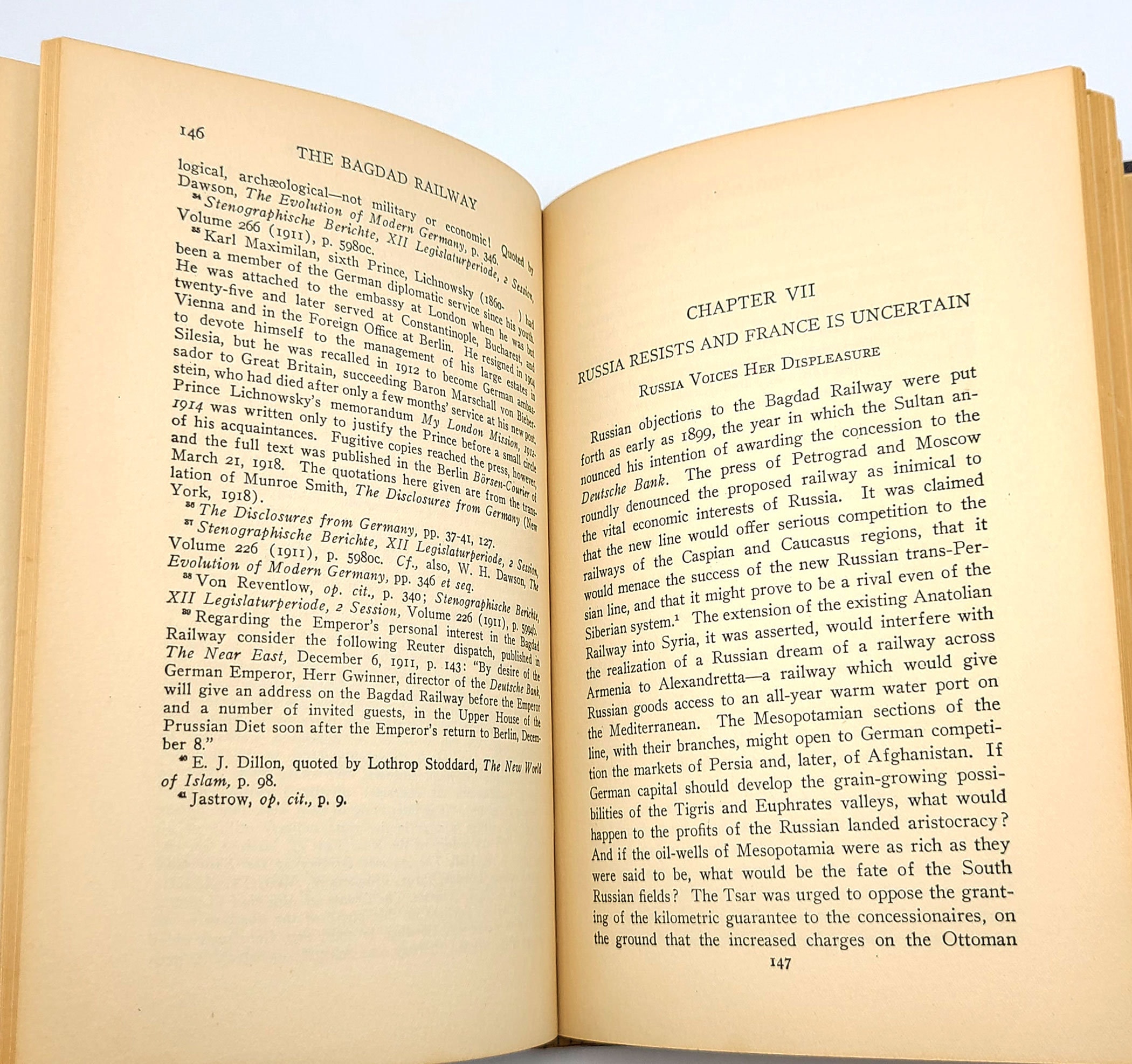 Title: Turkey, The Great Powers, and The Bagdad Railway: A Study in Imperialism

A geopolitical study of the Berlin-Baghdad Railway project, written just after the dissolution of the Ottoman Empire and the establishment of the Republic of Turkey.

Turkey, The Great Powers, and The Bagdad Railway was the inaugural winner of the American Historical Society's George Luis Beer Prize, awarded for the best book in European international history from 1895 to the present written by a United States citizen or permanent resident.

Inscribed by the author to the notable American pathologist, Louise Pearce (1885-1959). Pearce, who worked at the Rockefeller Institute, helped establish a treatment for sleeping sickness, a deadly disease that had been devastating large swathes of the population of central Africa. For her work, she received the Order of the Crown of Belgium. The inscription reads: "To Louise Pearce, who deals / with different microbes than / diploma tists and with diseases / as pernicious as imperialism / Edward M. Earle / Princeton / April 1940."

Edward Mead Earle (1894-1954) was an American historian and lecturer who specialized in the role of military in foreign relations. For two decades, up to his death, he served as a professor in the School of Economics and Politics at the Institute for Advanced Study at Princeton. He had also helped establish the Department of Research and Analysis of the Office of Strategic Services (OSS), the predecessor to the CIA.