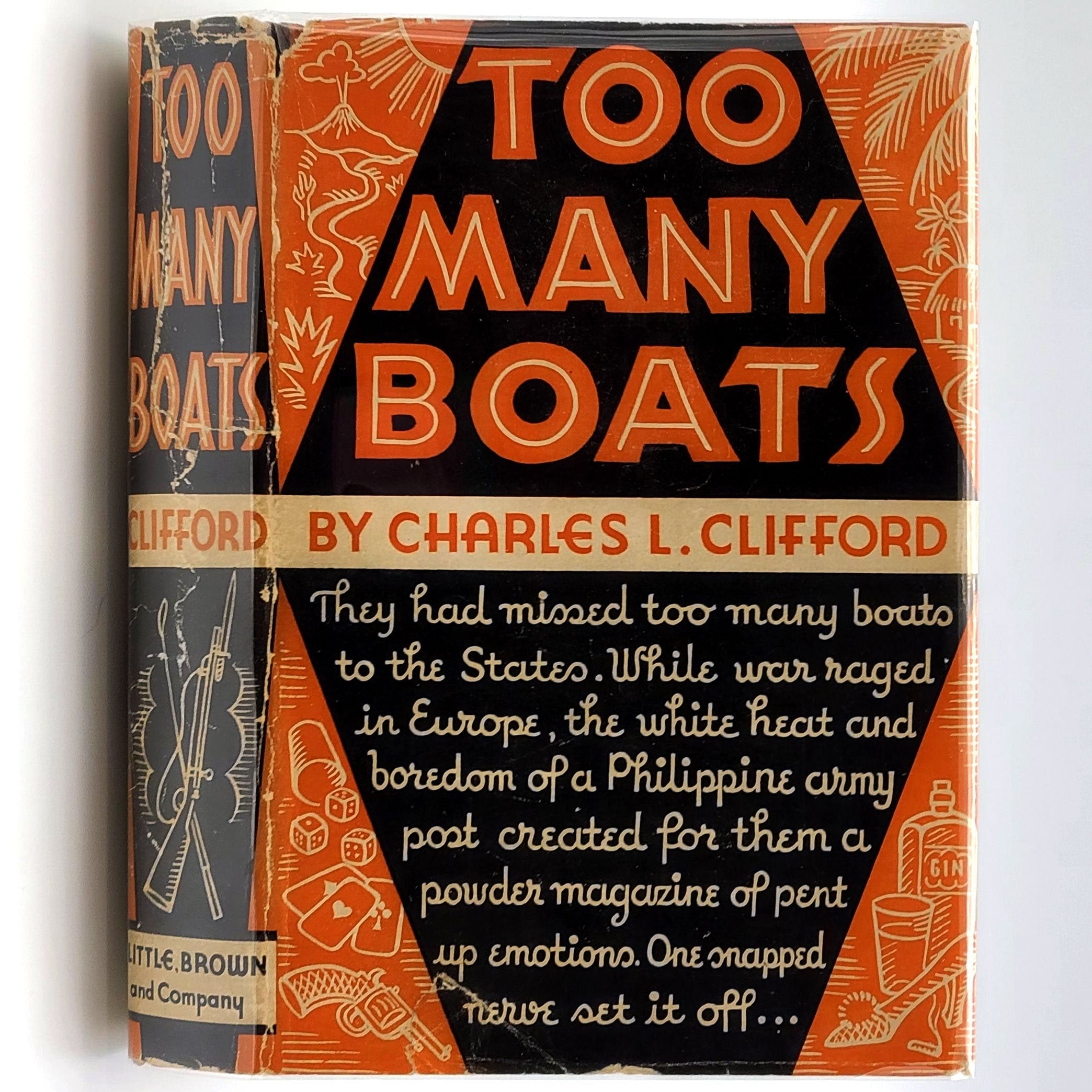 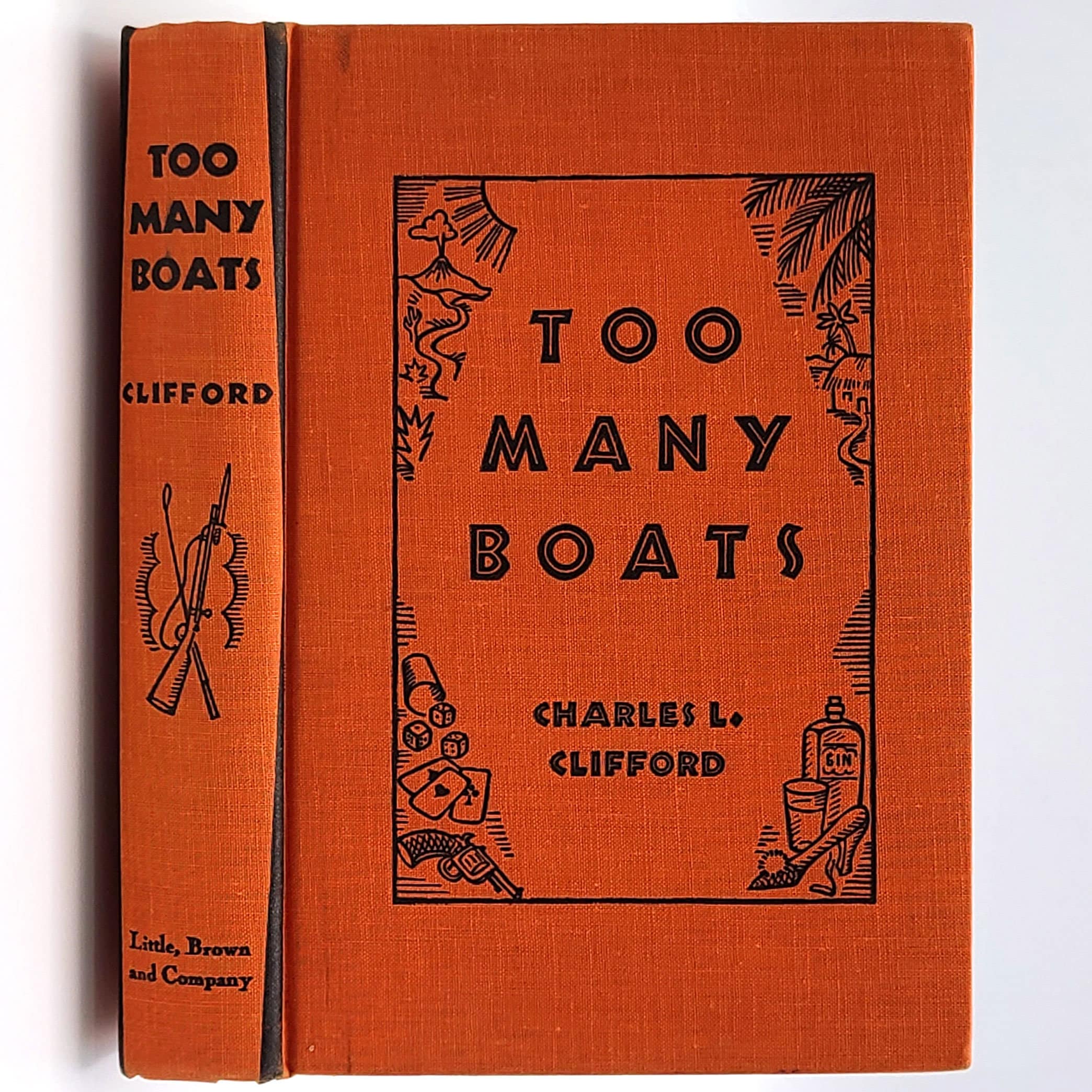 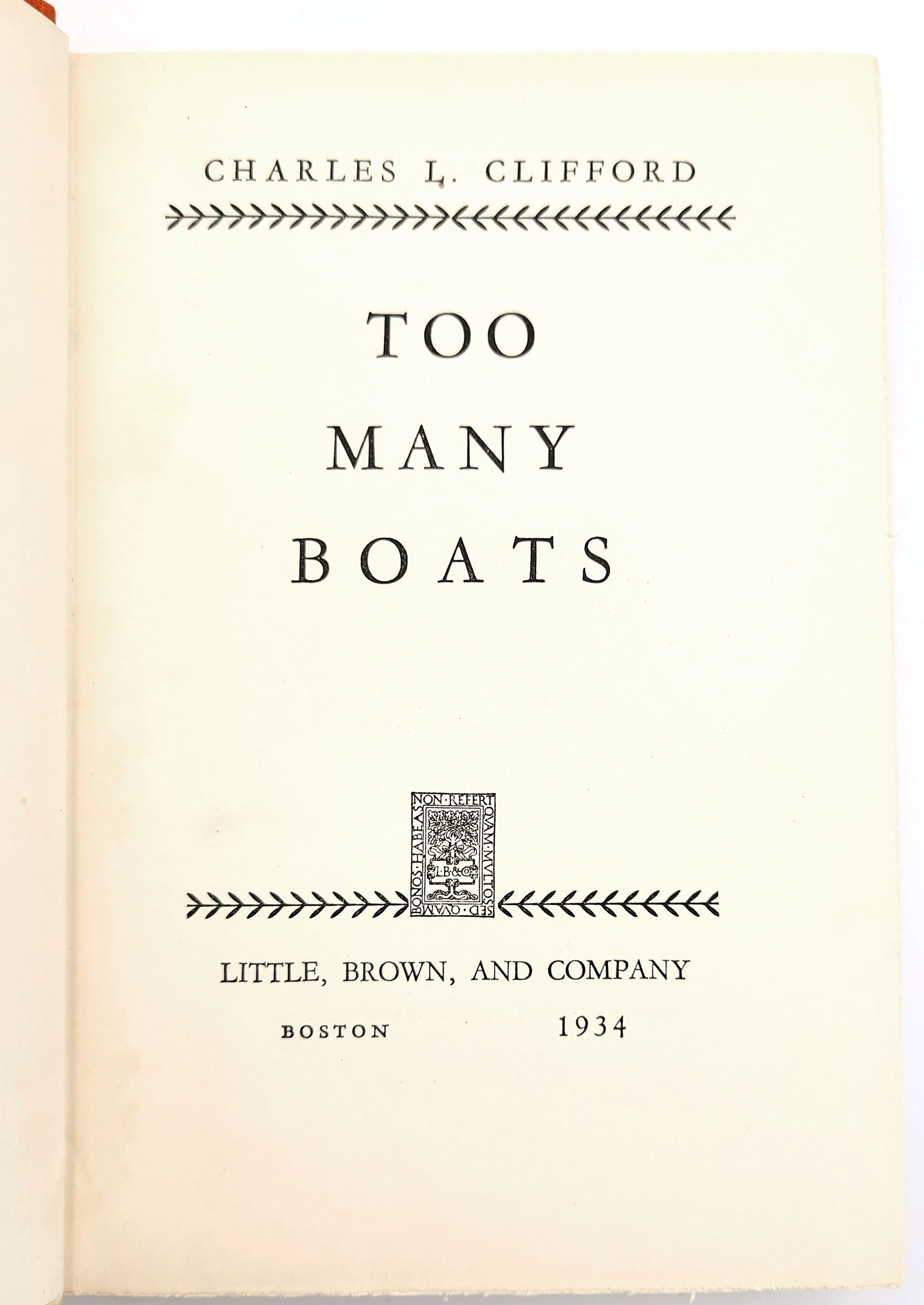 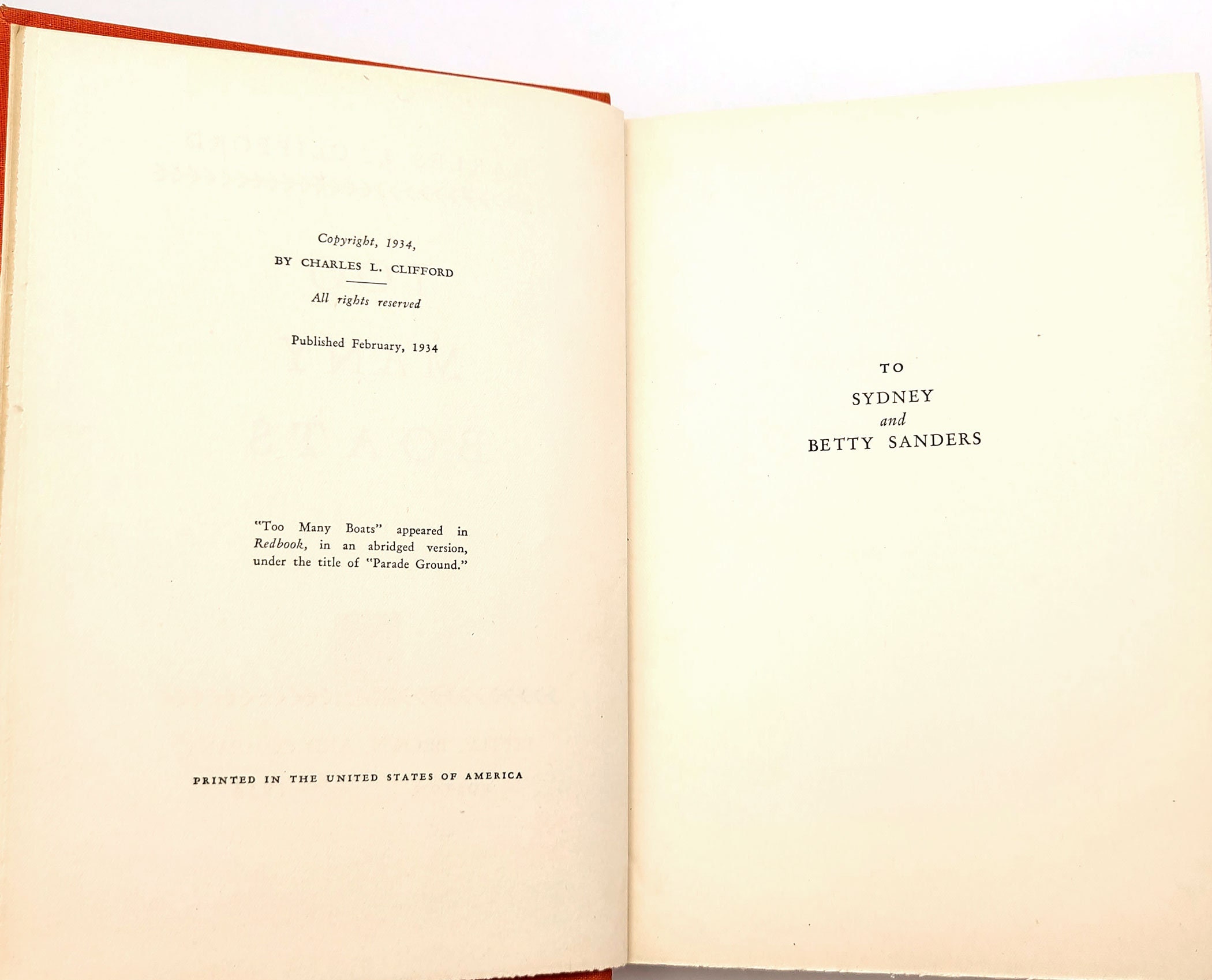 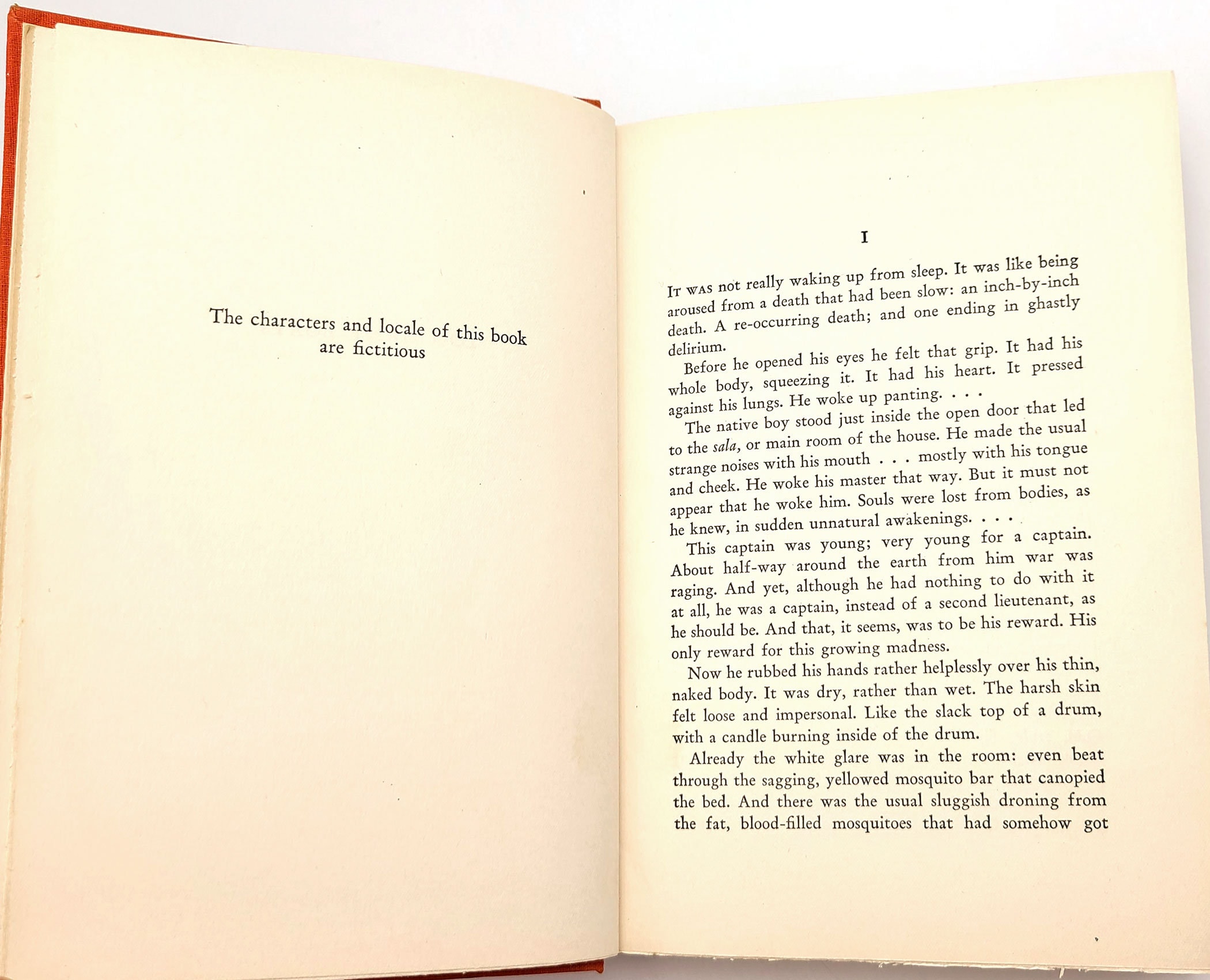 Title: Too Many Boats

Description: First Edition (February, 1934). Rust-colored cloth boards stamped in black. Previous owner's name needly stamped on ffep, else clean. Dust jacket has some chipping around the head of the spine; significant, closed tearing down the center of the spine; some old tape repairs on back side; price clipped. DJ in archival sleeve. 314 pp. 7.75 x 5.5 inches.

A novel of the American Army soldiers garrisoned in the Philippines during the First World War. Sullen, pent-up, sotted, and bored, the characters are afflicted with the heat, mosquitoes, malaria, back-biting women, and stale officers that had "missed too many boats" (a derogative used to refer to soldiers and sailors who had spent too much time in the tropics, usually those who were considered unfit, for one reason or another, to serve in the expeditionary forces in France, and who were instead sent to the tropics), they sit on a powder-keg of emotions, just needing a single snapped nerve.

The author, Charles Lewis Clifford (1890-1991), knew first-hand of which he wrote, as he had himself been a US Army officer stationed in the Philippines at that time.