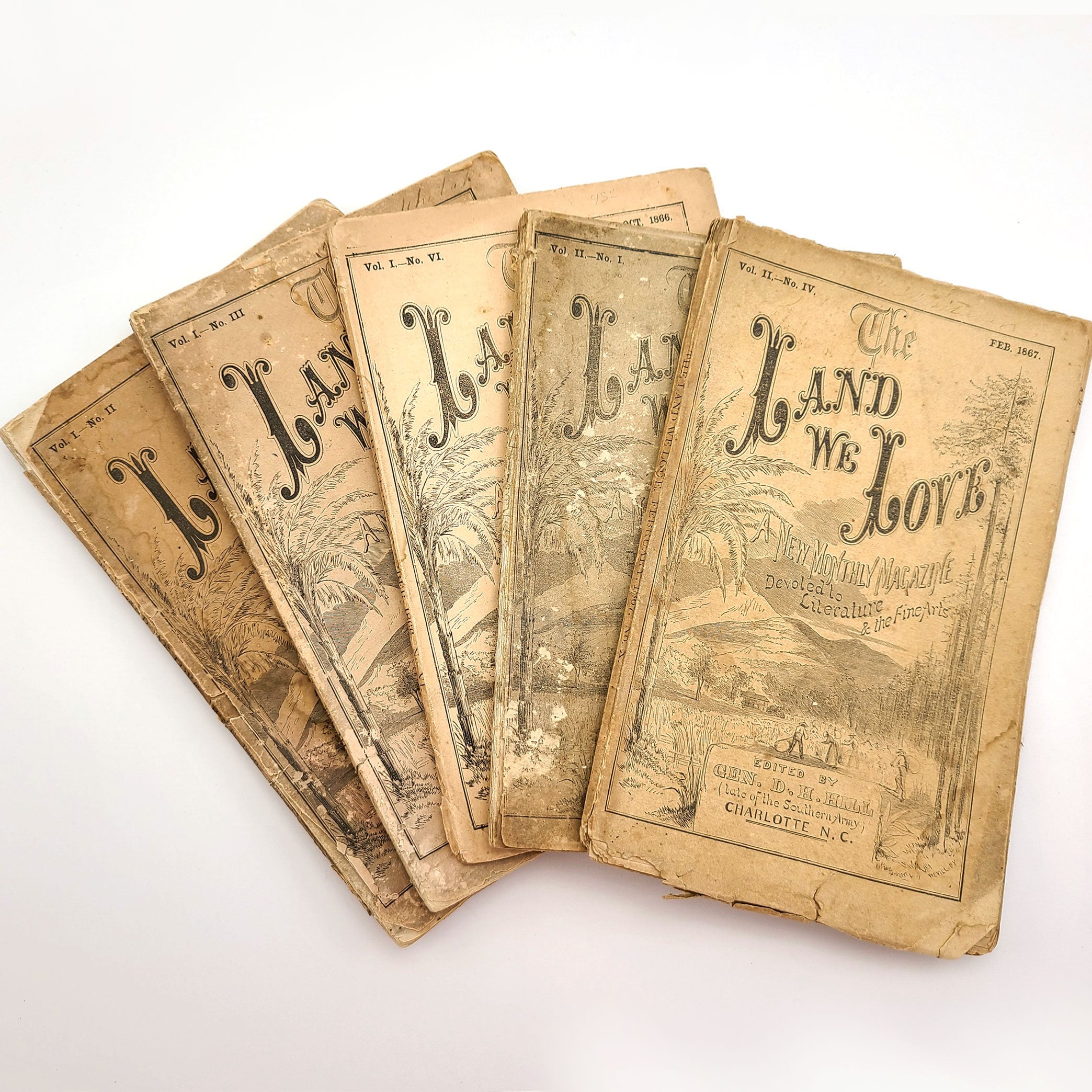 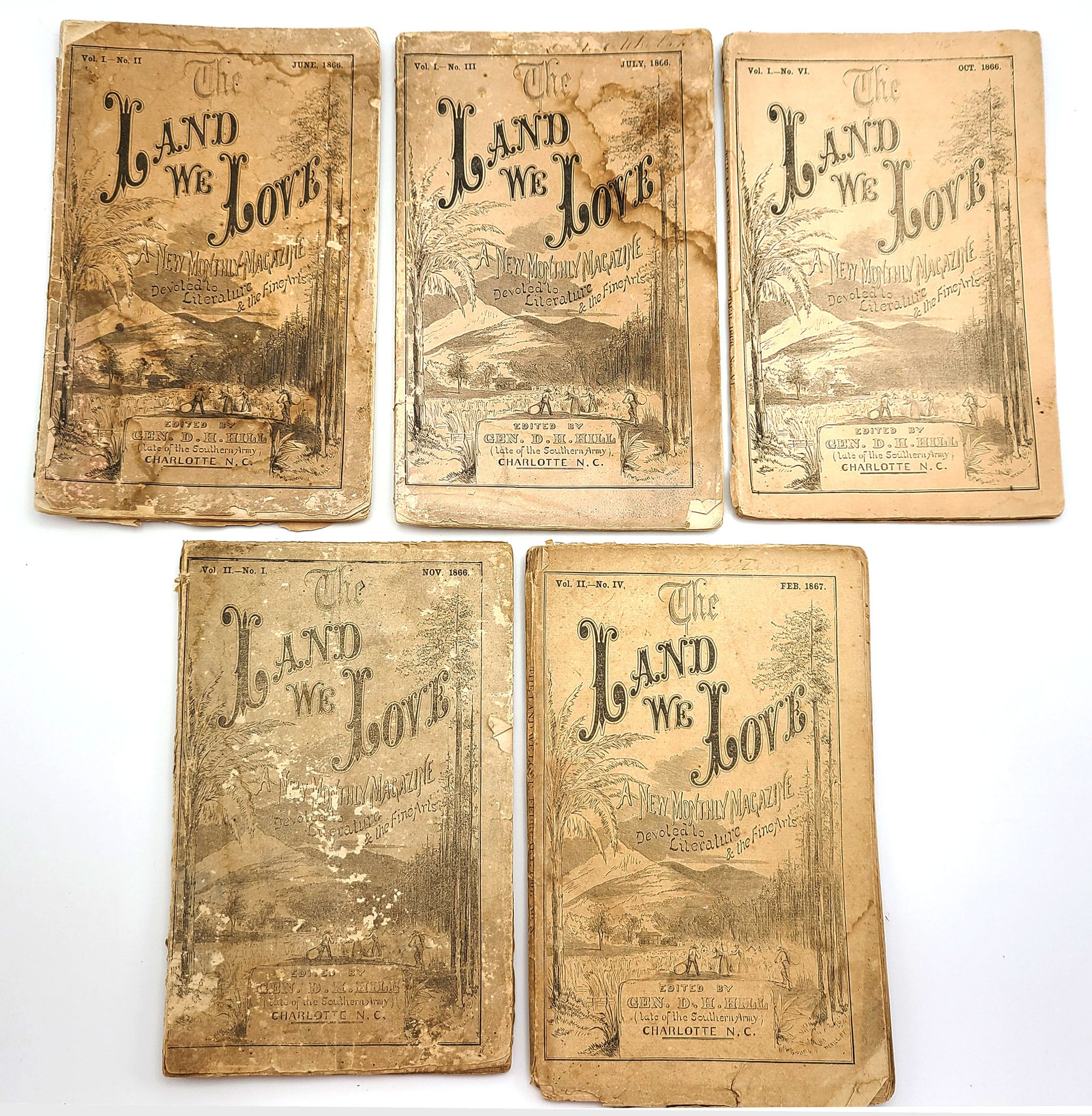 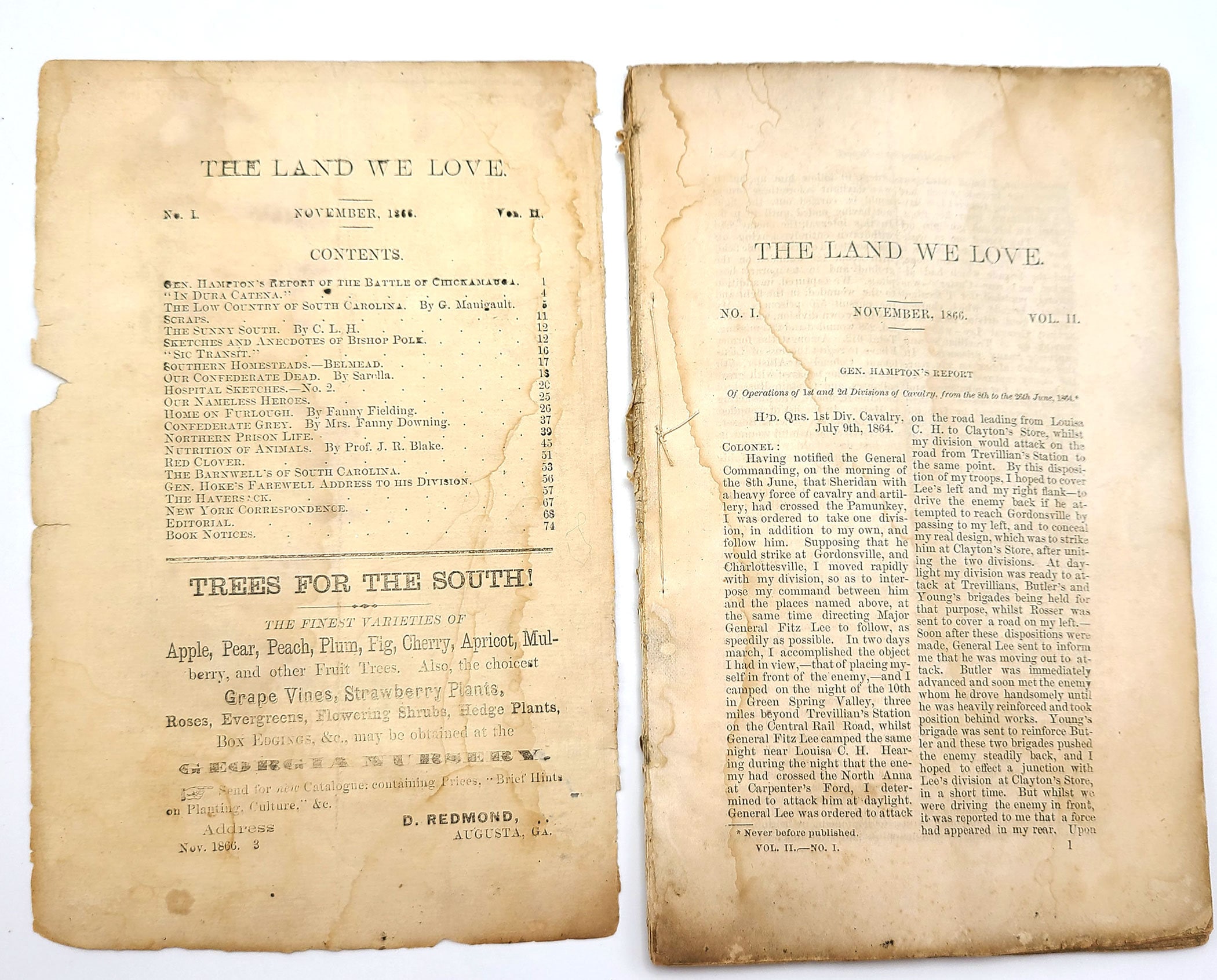 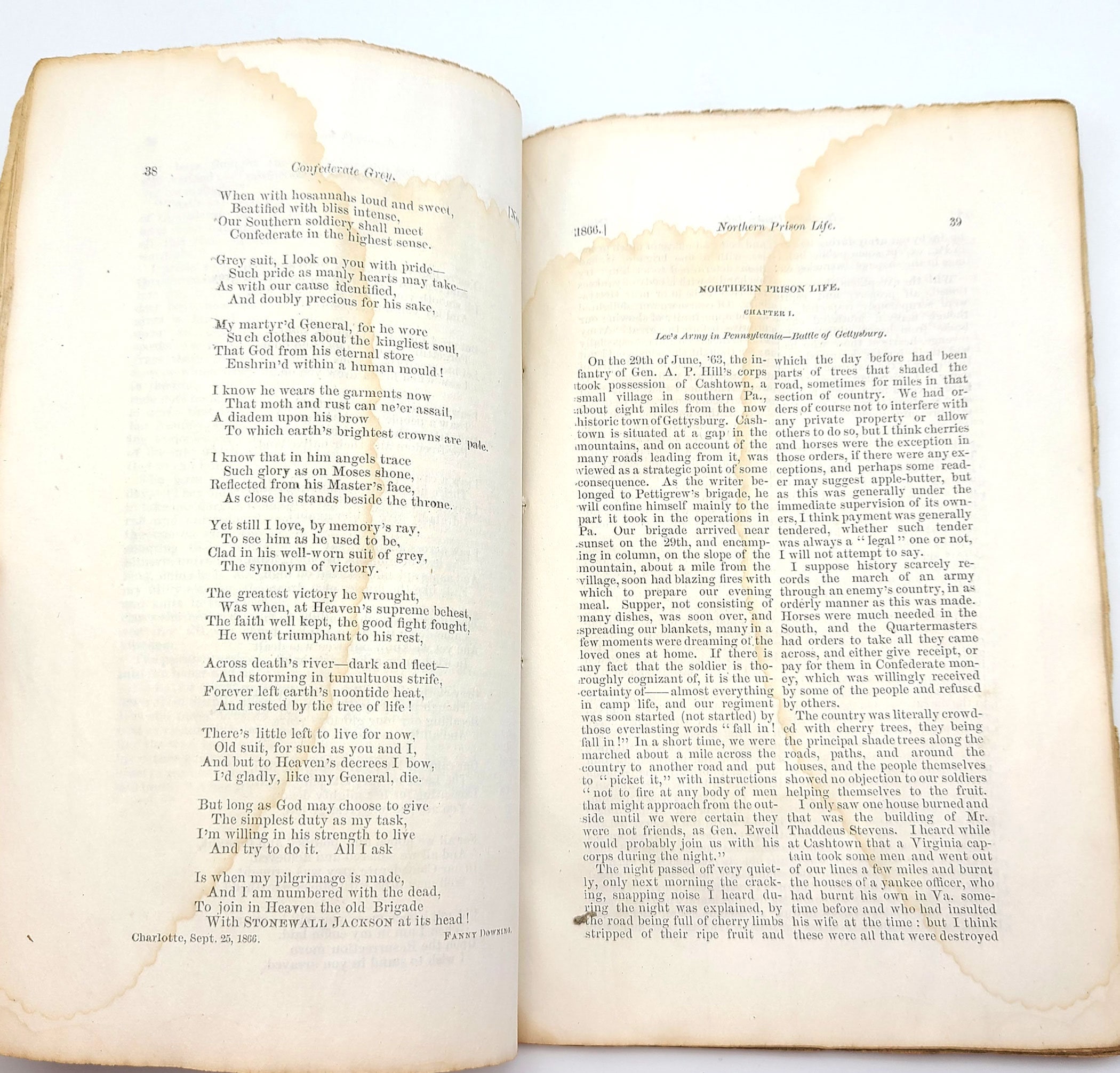 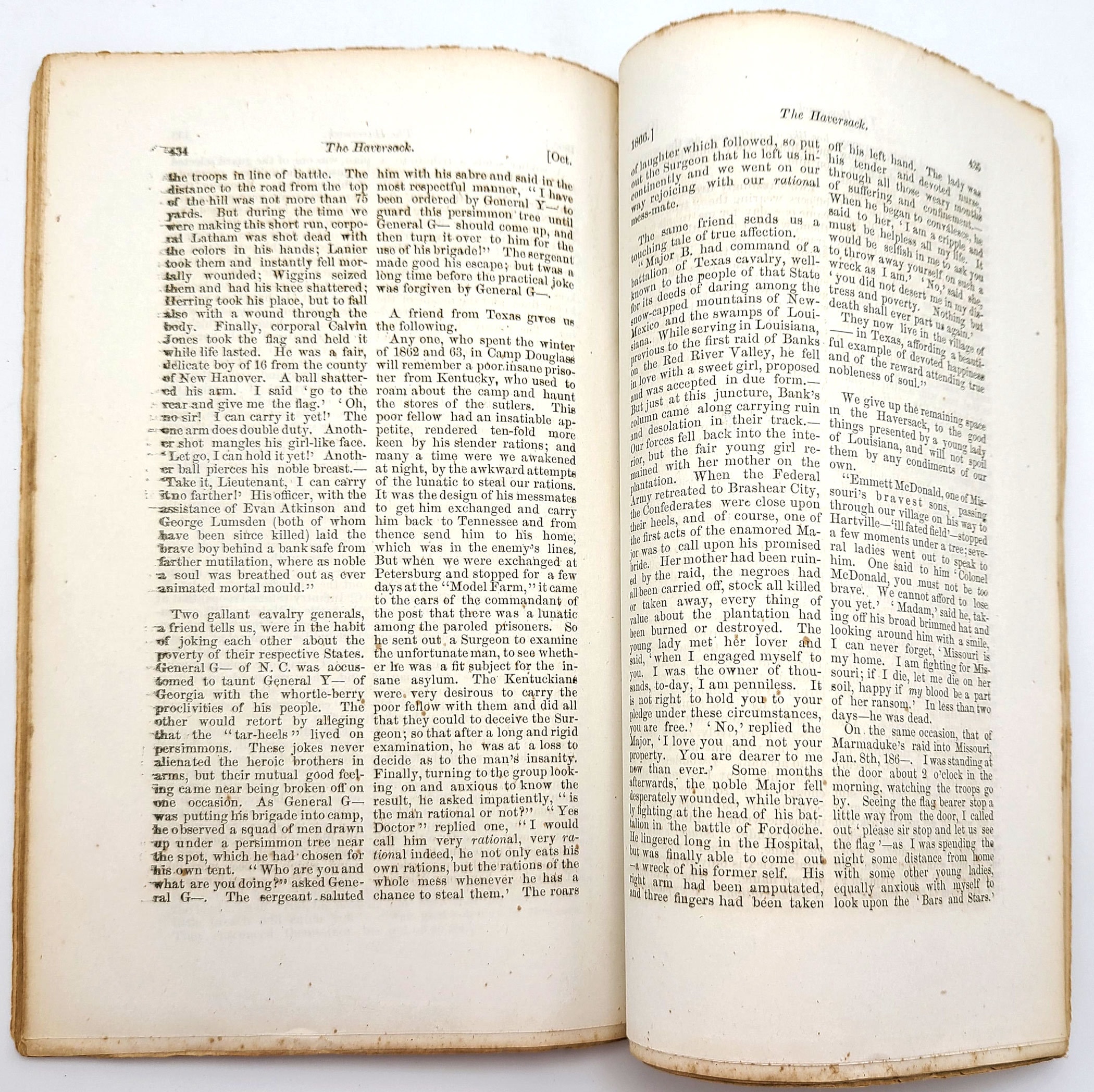 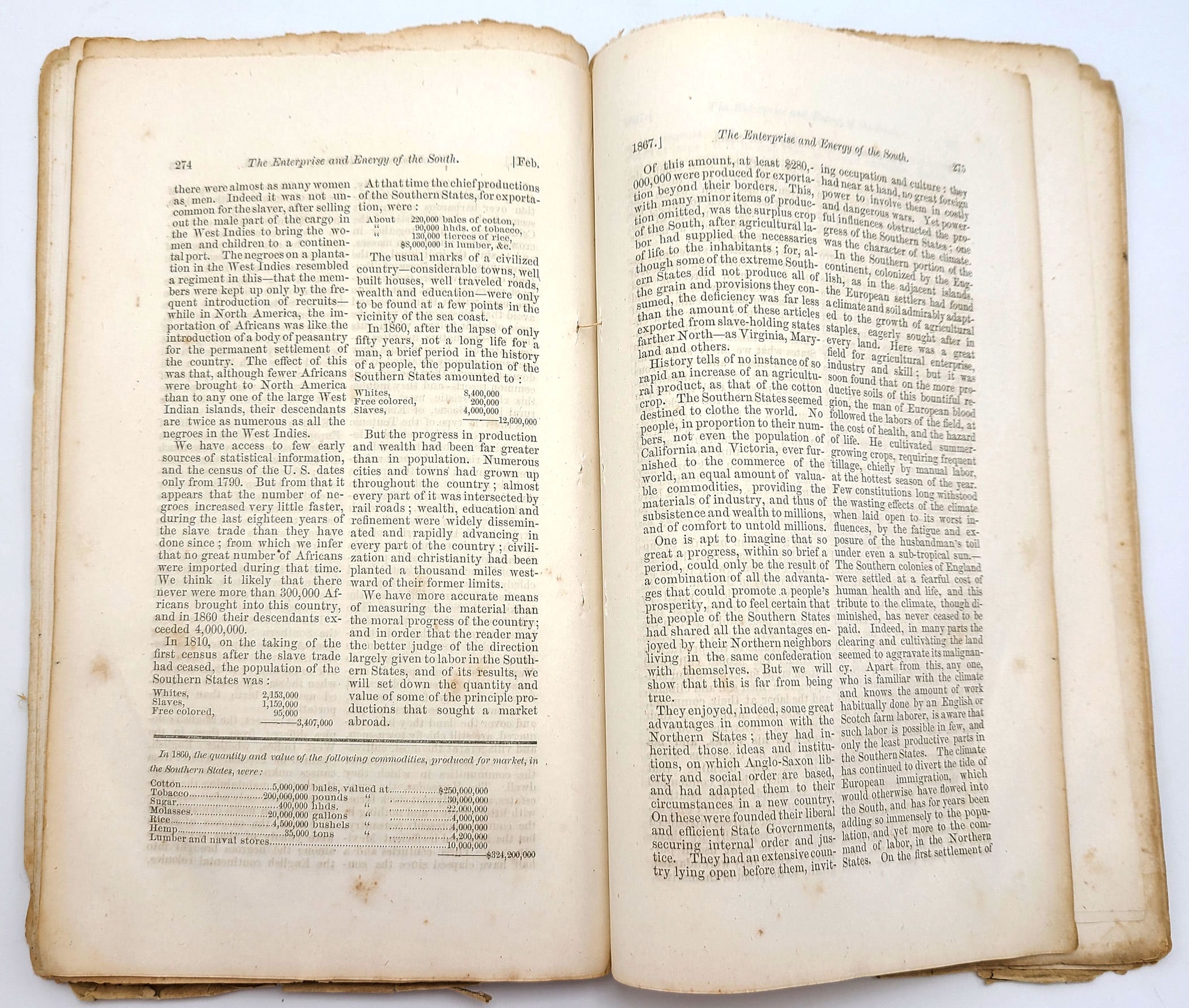 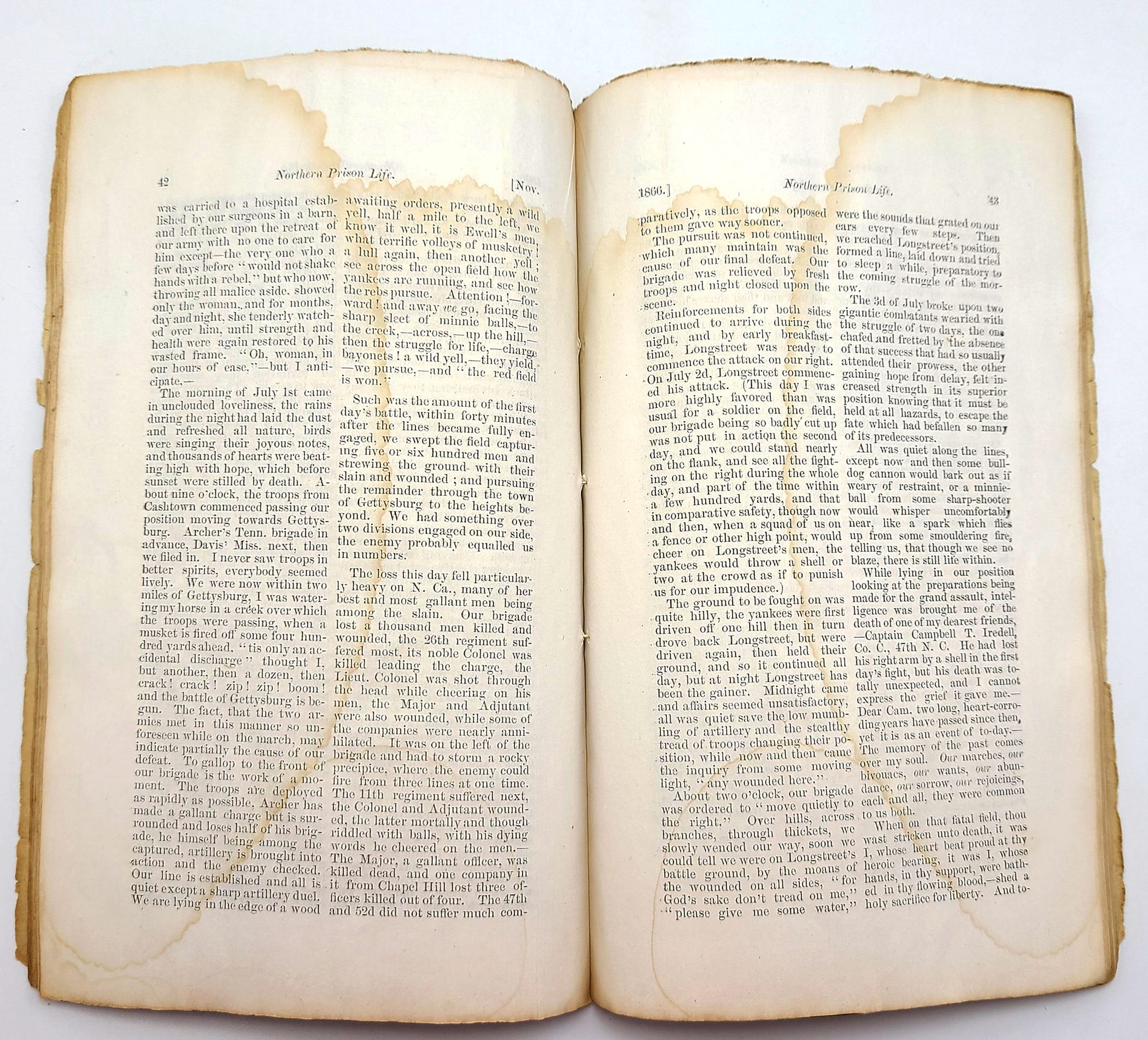 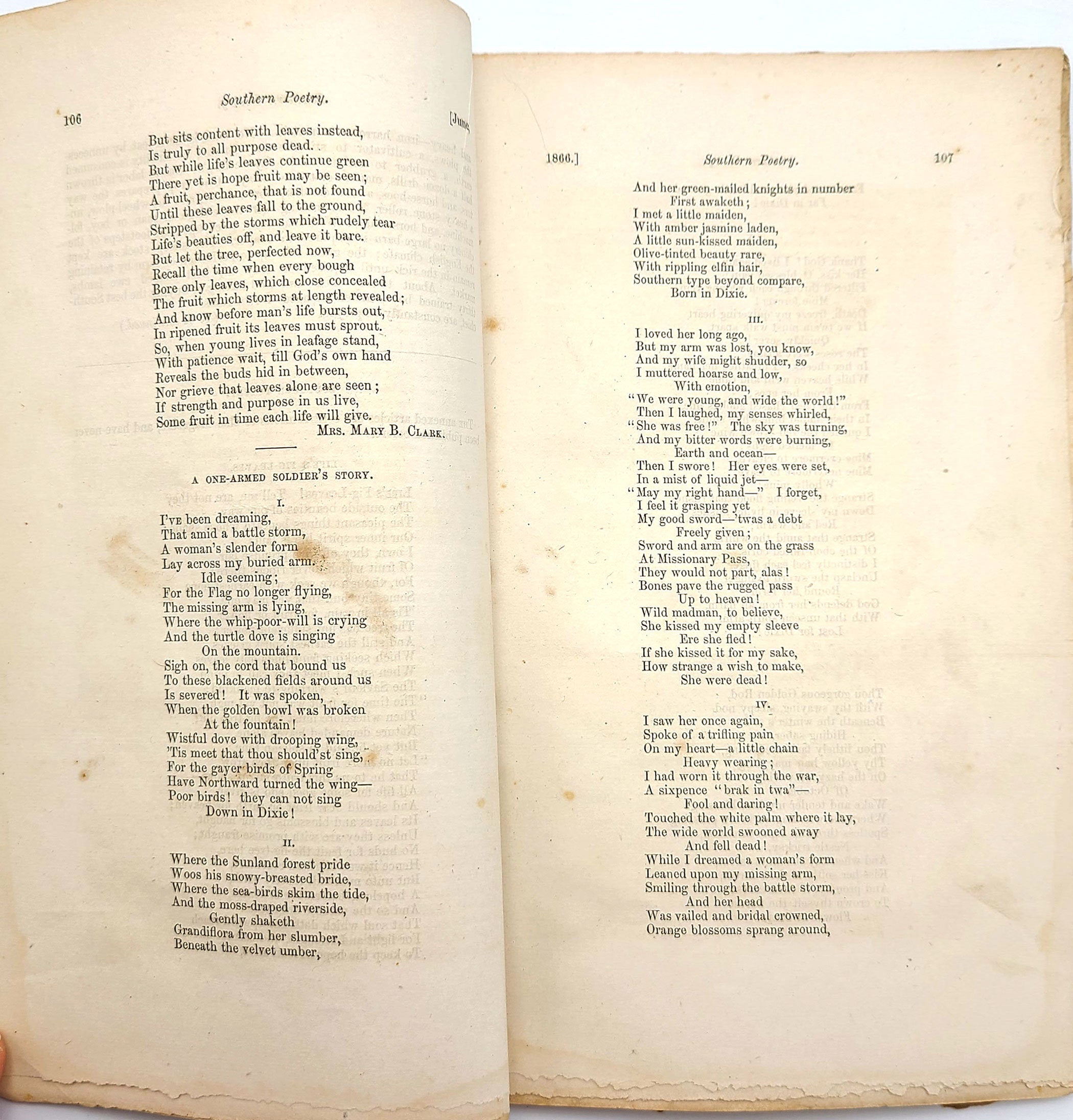 Description: Five issues of The Land We Love. Condition varies from issue to issue (a few covers are detached; moderate amounts of edge and spine wear; some heavy soiling to covers; some interior damp stains). Each issue is approximately 75 pages. 9 x 5.75 inches.

The Land We Love was an influential, post-Civil War magazine in the American South that ran from 1866 to 1869. The journal featured original stories and poetry, articles on military history, agriculture, and other topics, informing a Southern perspective. It was edited by the scholar and Confederate General, Daniel Harvey Hill (1821-1889), who also later served as the president of the University of Arkansas (1877-1884) and of the Military and Agricultural College of Milledgeville, Georgia (1885-1889).

Many of the features appeared in serialized form, including Gen. D. H. Hill's s varied remembrances of the war, titled "The Haversack". Other miscellaneous pieces include Gen D. H. Hill's twelve page Report of the Battle of Chickamauga; Gen. Wade Hampton's Report of the Battle of Chickamauga; war recollection of College Hospital in Gettysburg; Wounding of Lieutenant-General T.J. Jackson; Sketch of Gen A. P. Hill (by a relative); a ten page article on "The Enterprise and Energy of the South"; original southern poetry (e.g. "Our Confederate Dead," "A One-Armed Soldier's Story," "The Land We Love") and fiction, including work by Fanny Downing and Margaret Junkin Preston; book reviews; correspondence; articles on southern agriculture and livestock; and profiles of Virginia homesteads (Belmead: CSA Gen. Philip St. George Cocke's residence; Vaucluse: Judge Abel P. Upshur's residence). Each issue concludes with several pages of advertising, typically but not limited to schools, academies, and hotels.