Quicker Than the Eye: The Magic and Magicians of the World 1st Edition in Dust Jacket 1932 by John Mulholland 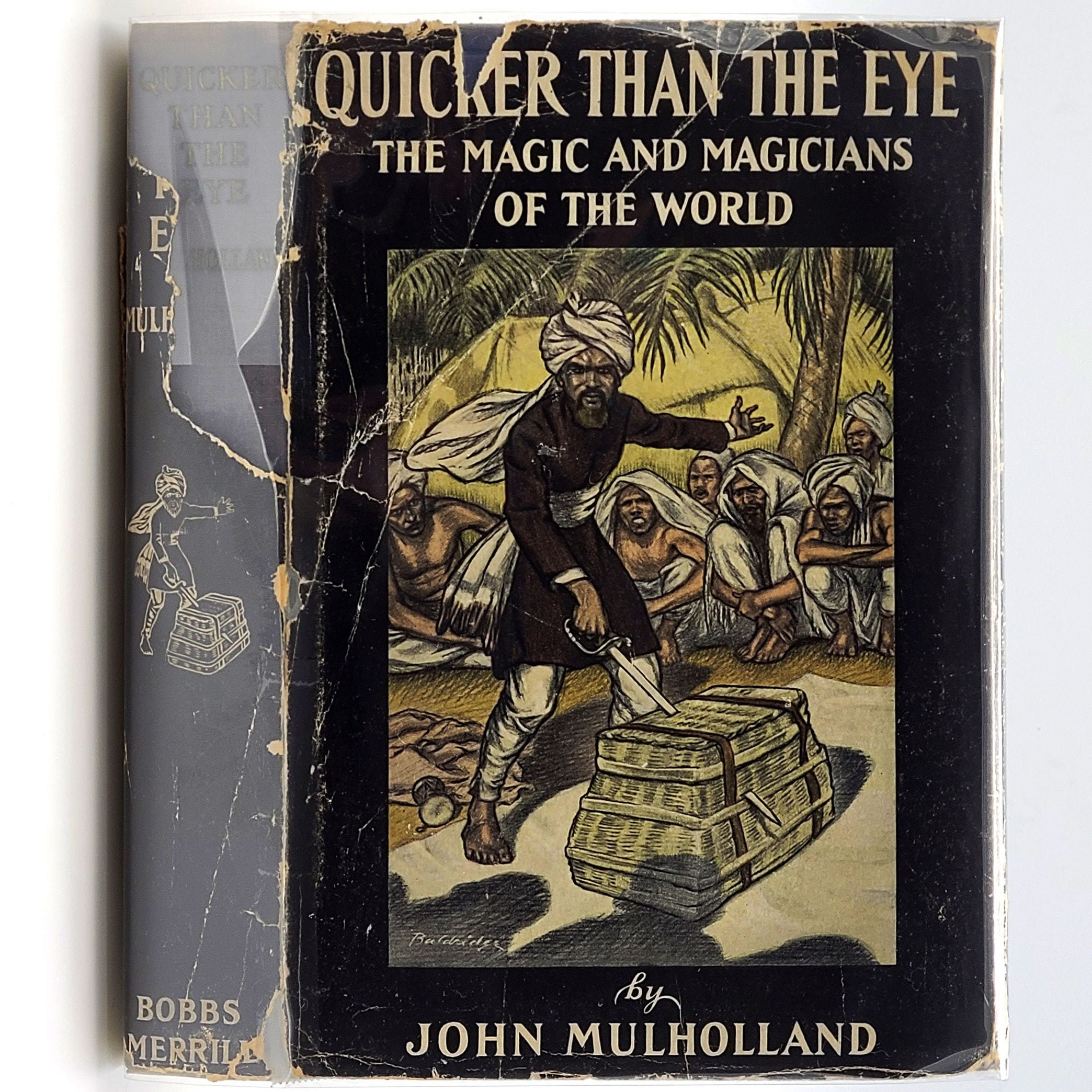 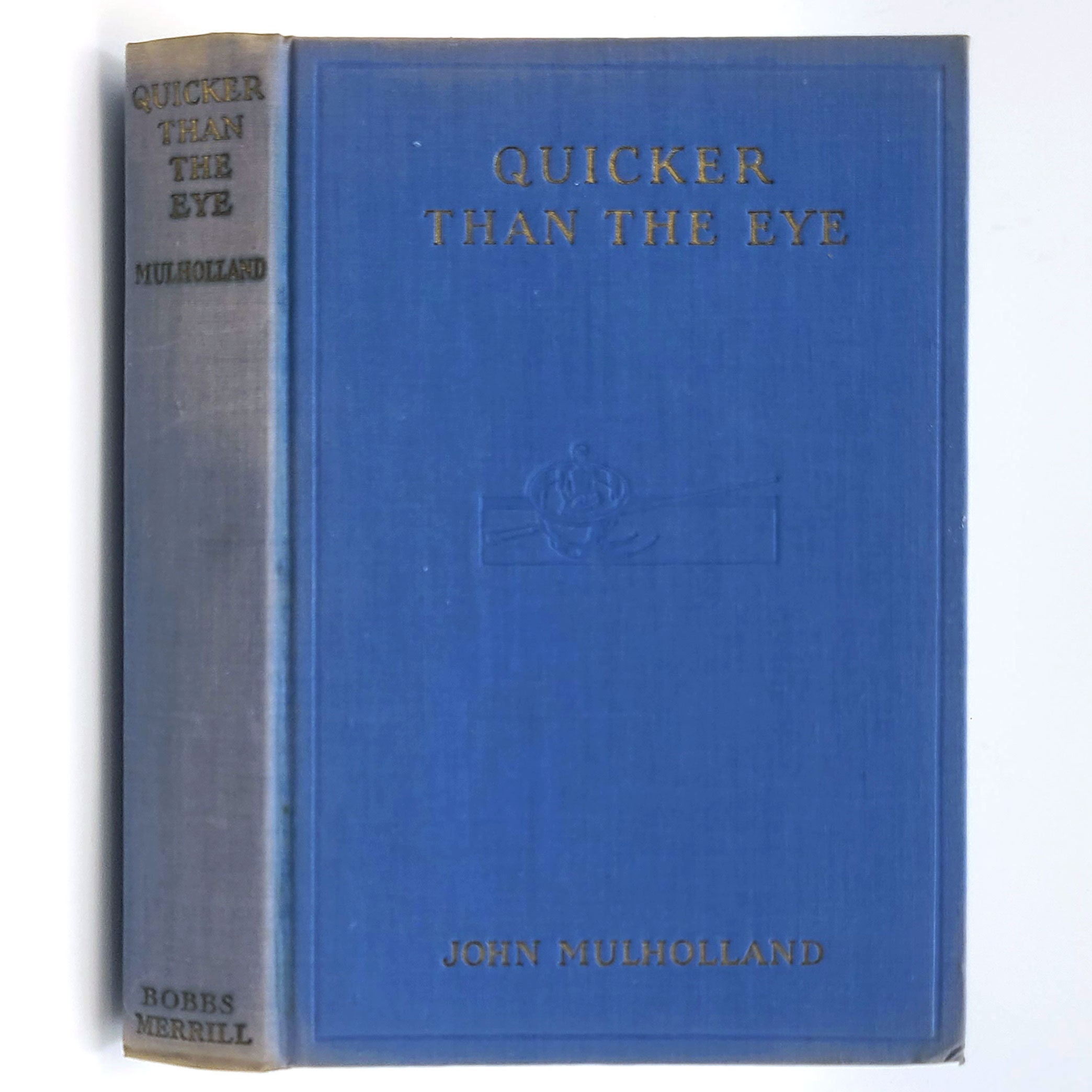 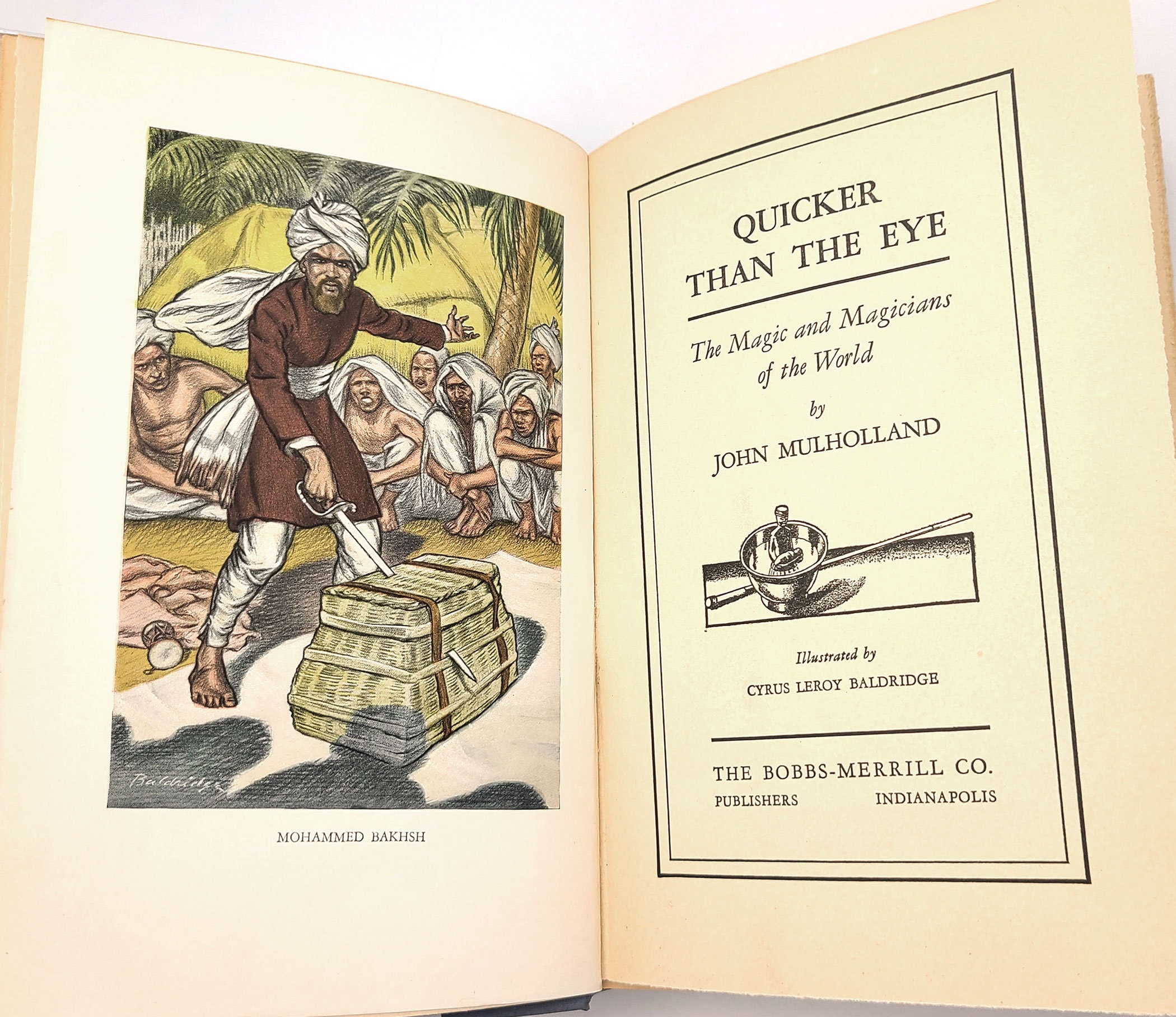 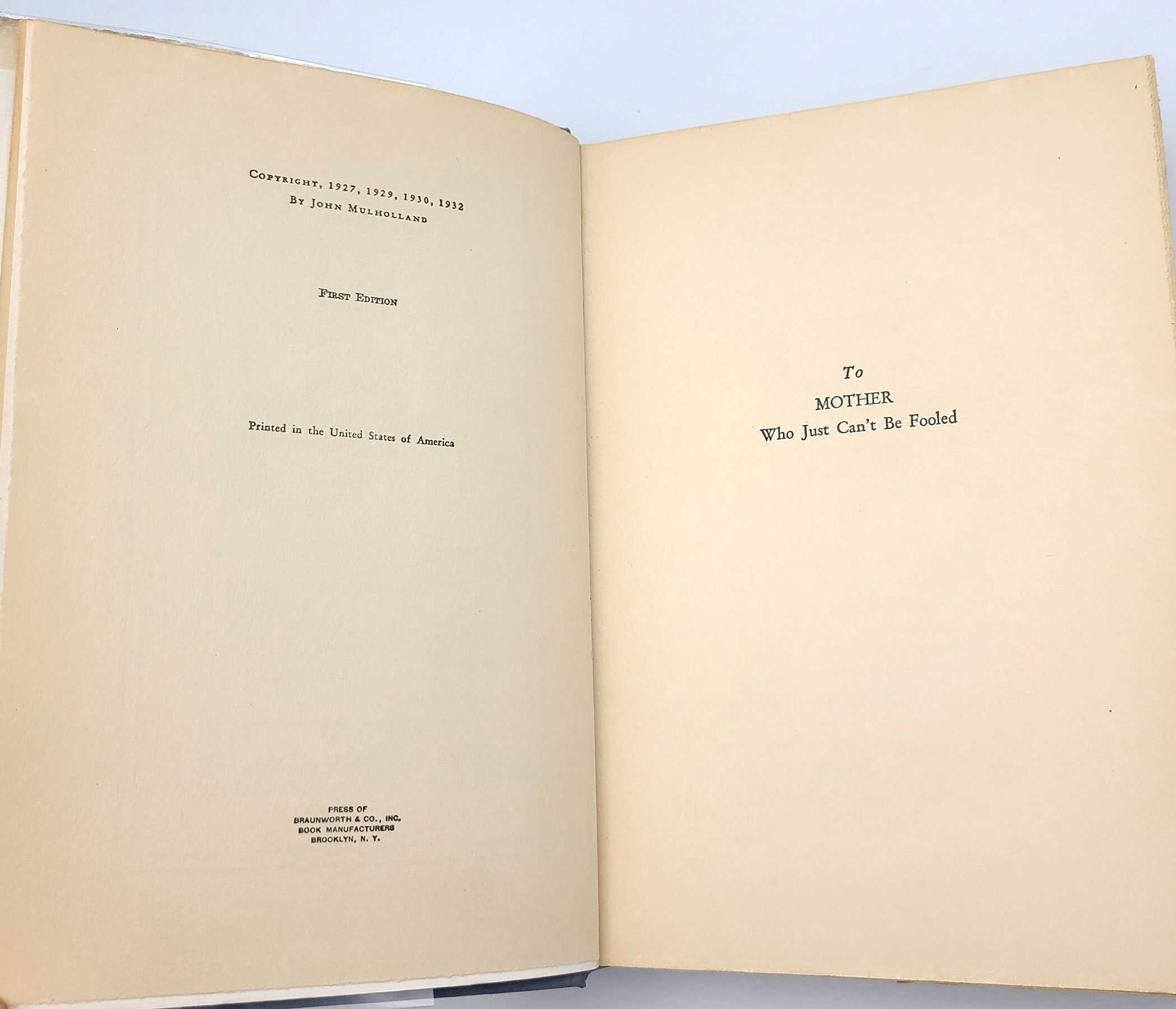 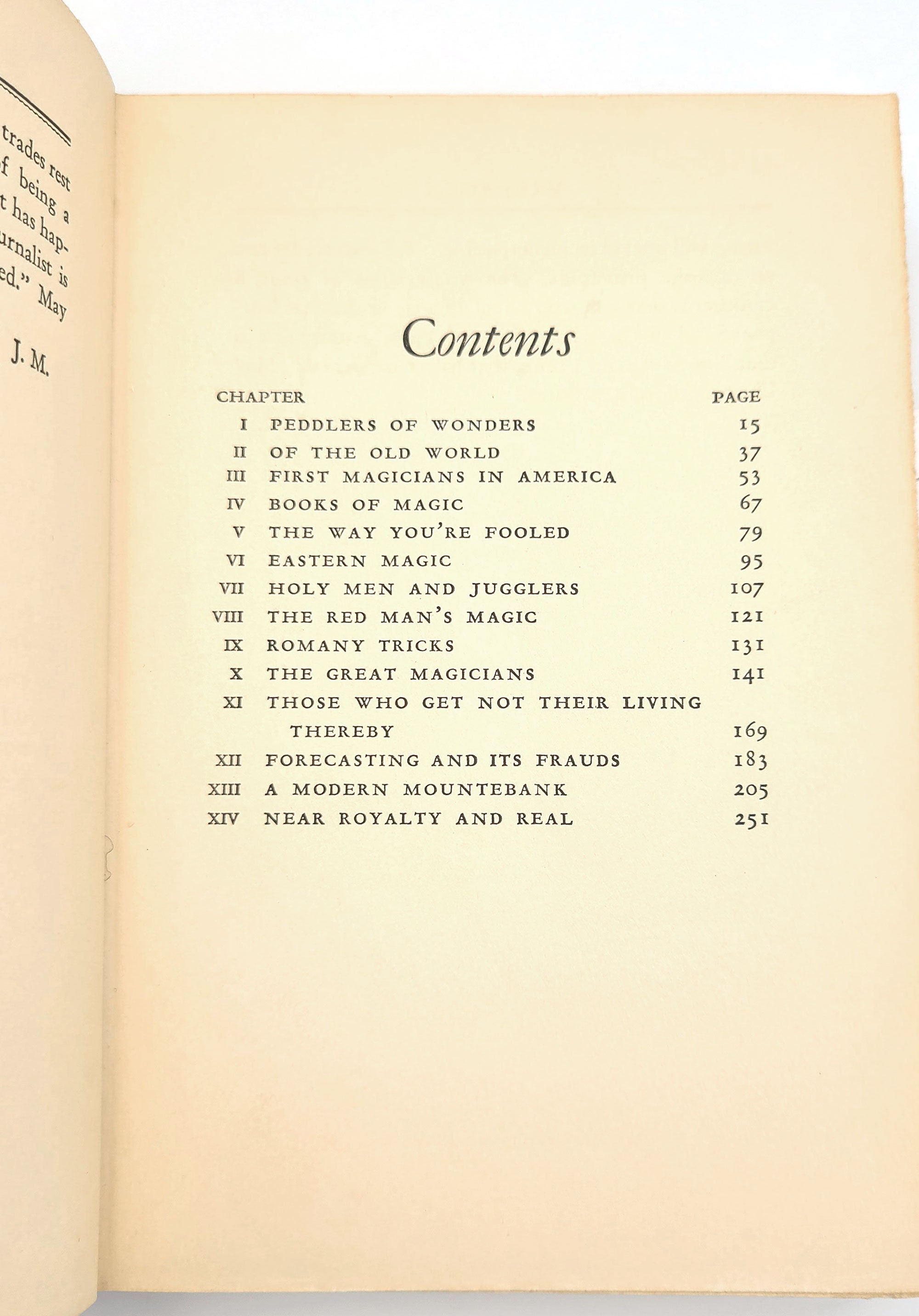 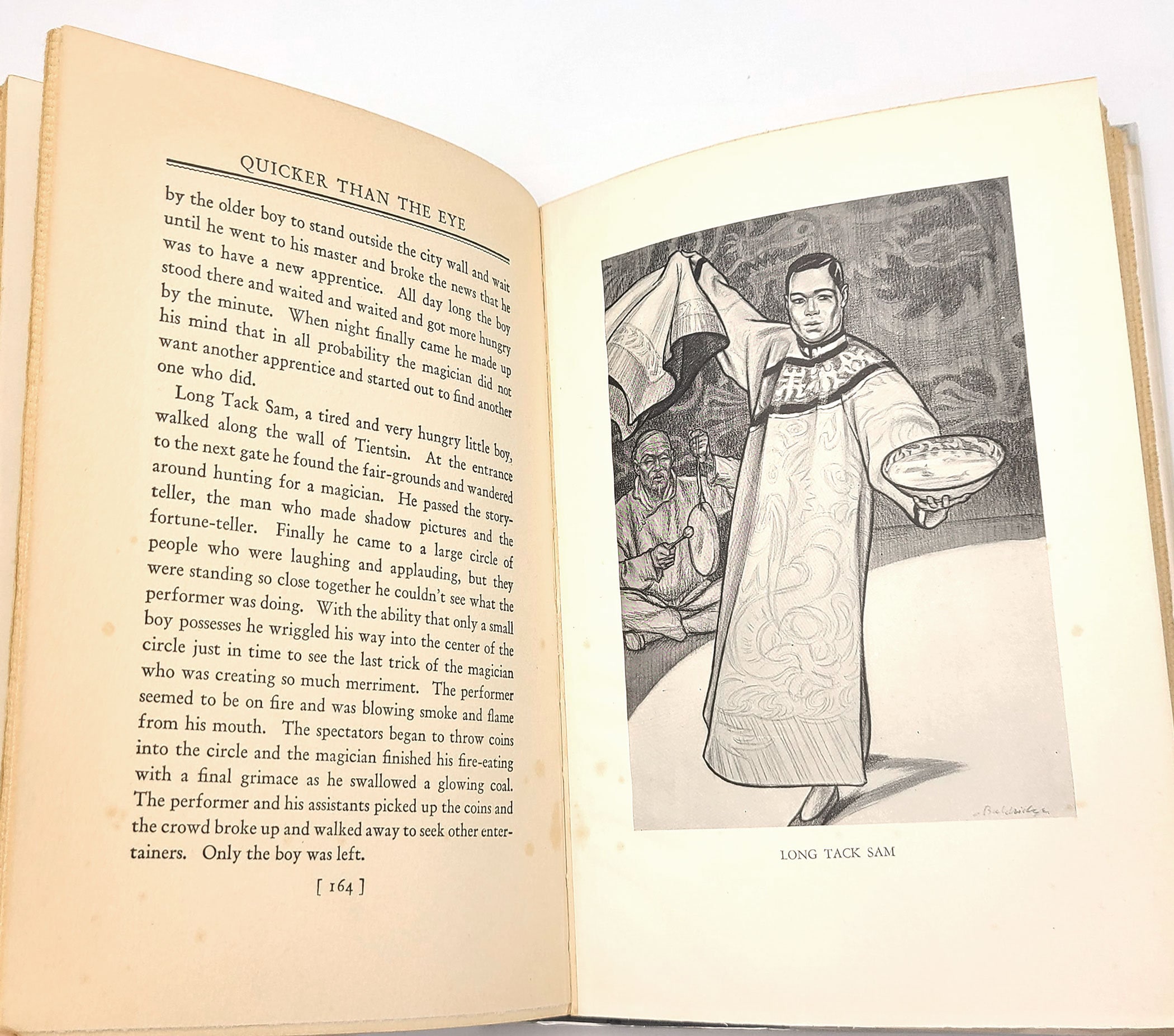 Title: Quicker Than the Eye: The Magic and Magicians of the World

Mulholland's presentation of magic and magicians. He describes the contemporary world of magic in the United States and Europe, and writes about a variety of subjects, including the first magicians in America, books on magic, how people are fooled, magic in eastern Asia and India, magic amongst the Native Americans and Gypsies, and the frauds of fortune-telling. He also provides portraits the great magicians Alexander Herrmann, Harry Houdini, Harry Kellar, Long Tack Sam, and Howard Thurston, as well as describes some of the lesser known amateur practitioners.

John Mulholland (1898-1970) was an American magician. He was a close friend of Harry Houdini and was purported to have studied magic in 42 countries. He began his professional career in 1913 and ran one of the first magic workshops. He served as the editor of the magazine The Sphinx for more than two decades, until 1953, when he left to go work for the CIA. He also wrote a manual on deception and misdirection for the agency which was later published under the title The Official CIA Manual of Trickery and Deception. He served as a Vice President of the Society of American Magicians and was a member of the British Magical Society and the Inner Magic Circle.