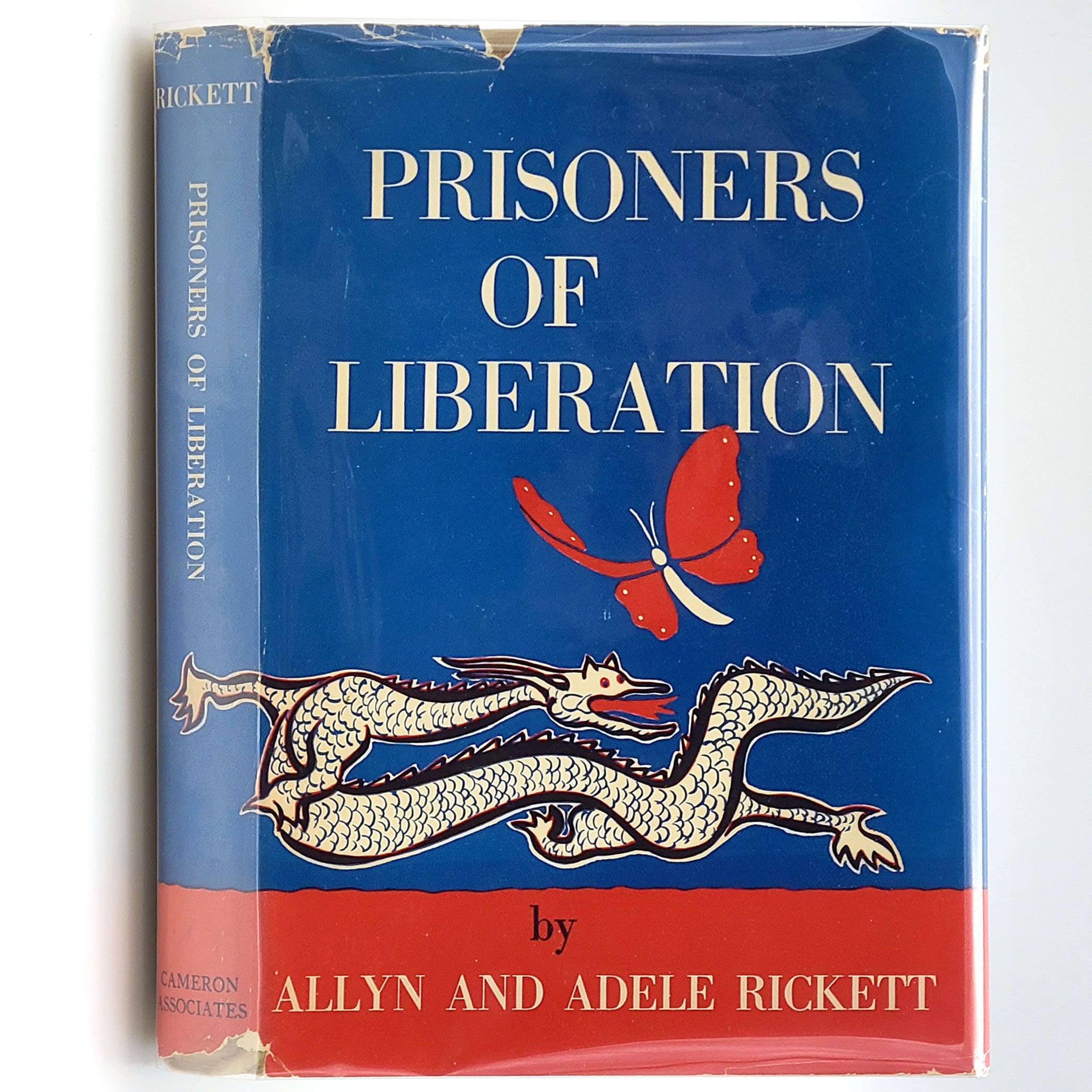 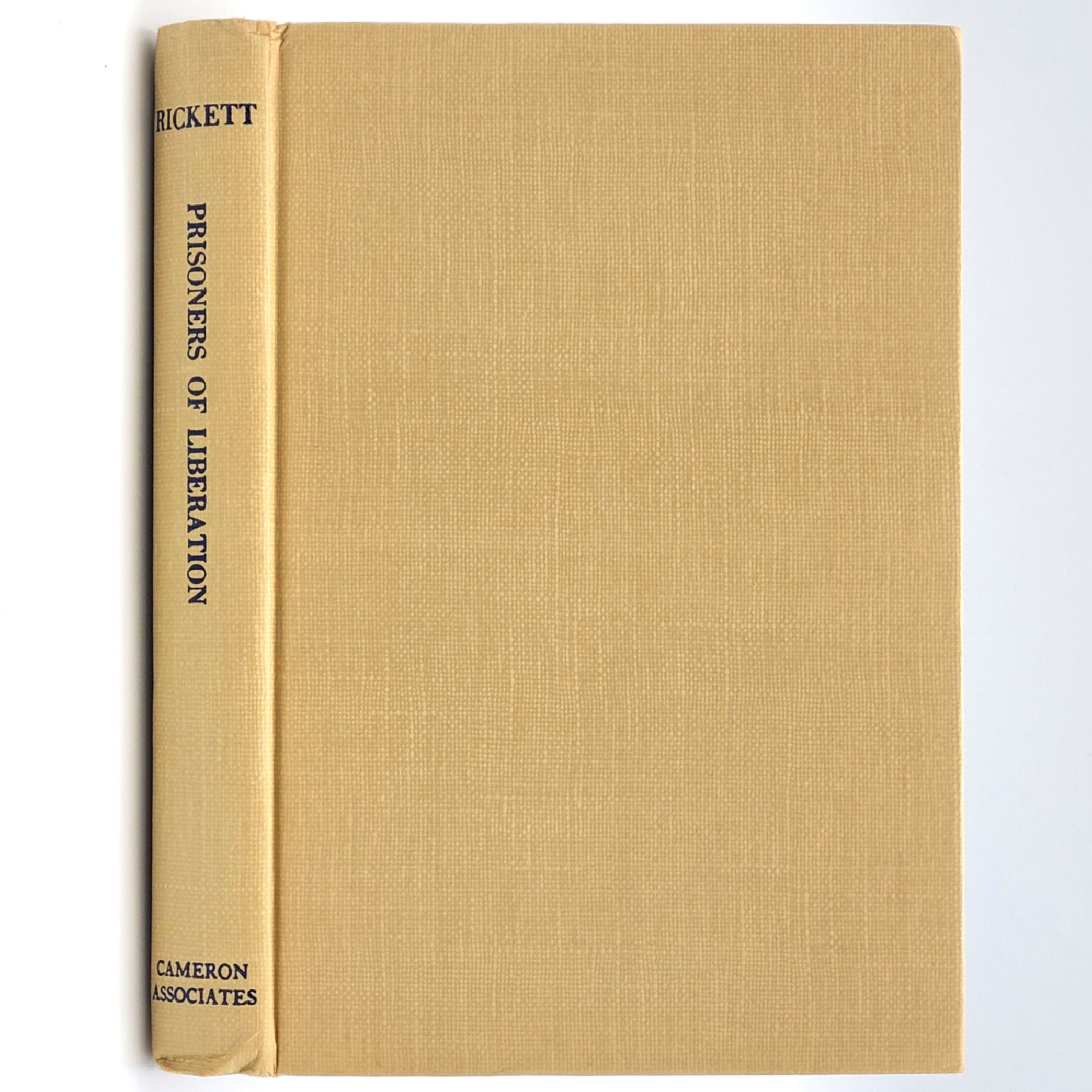 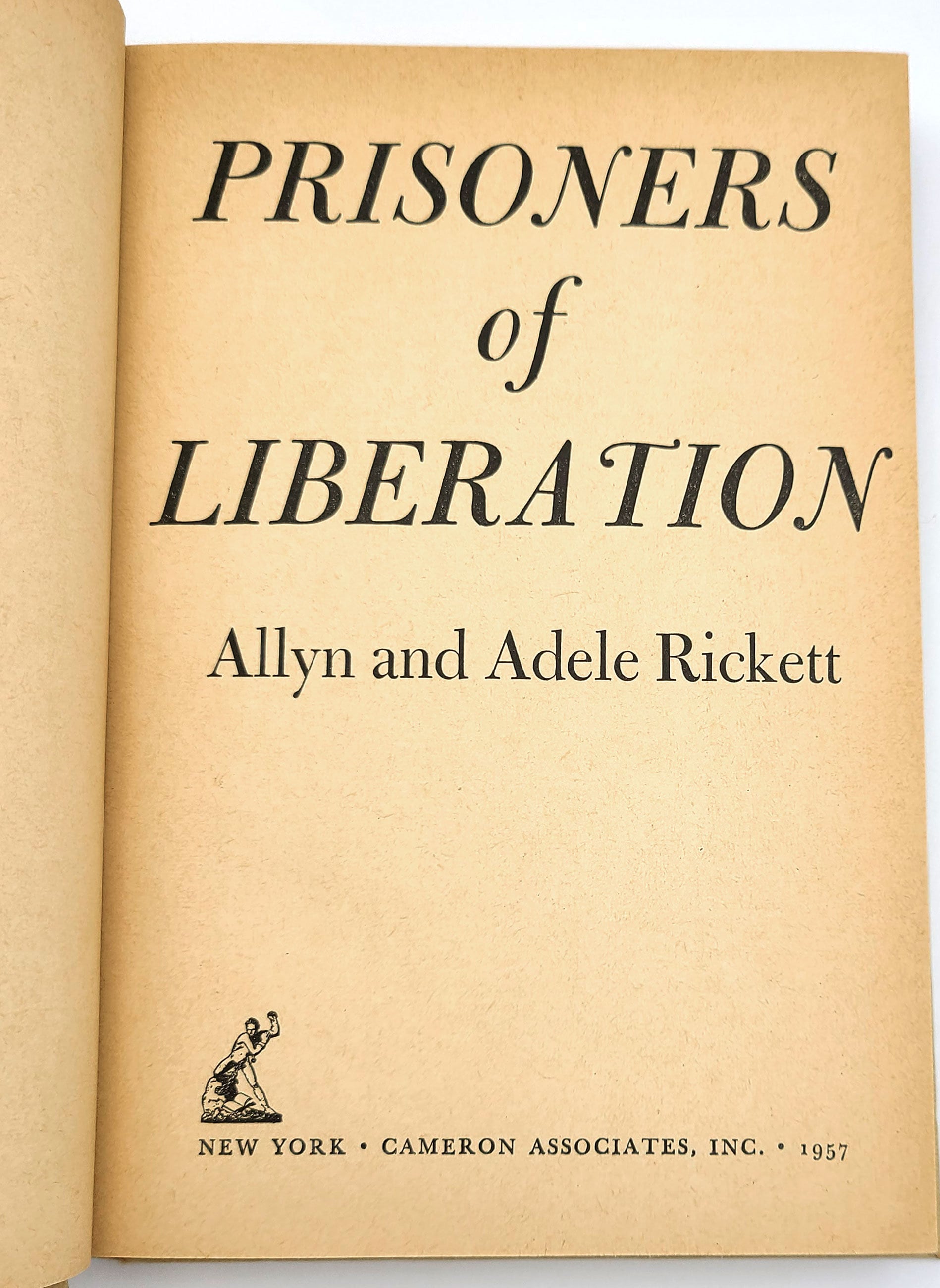 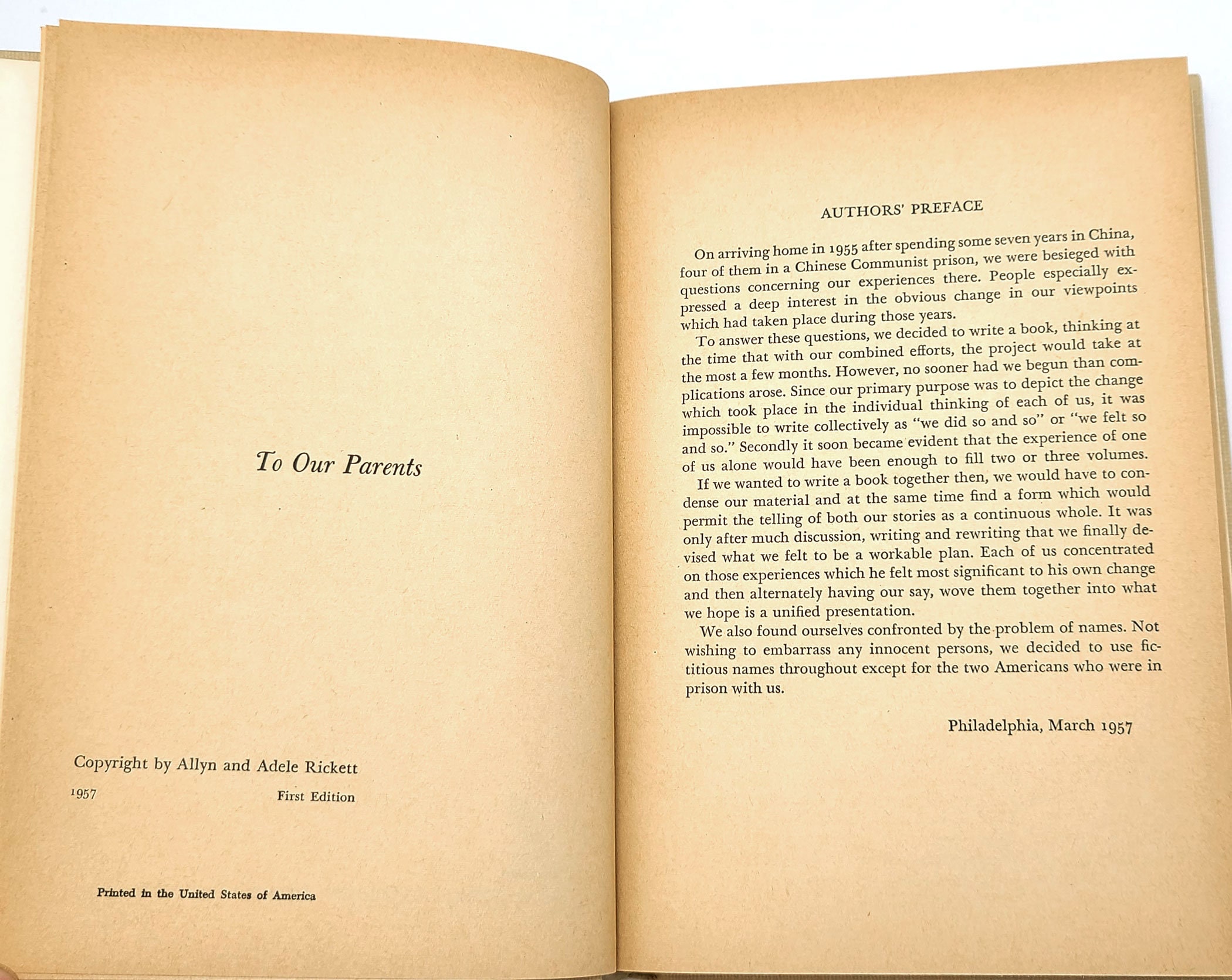 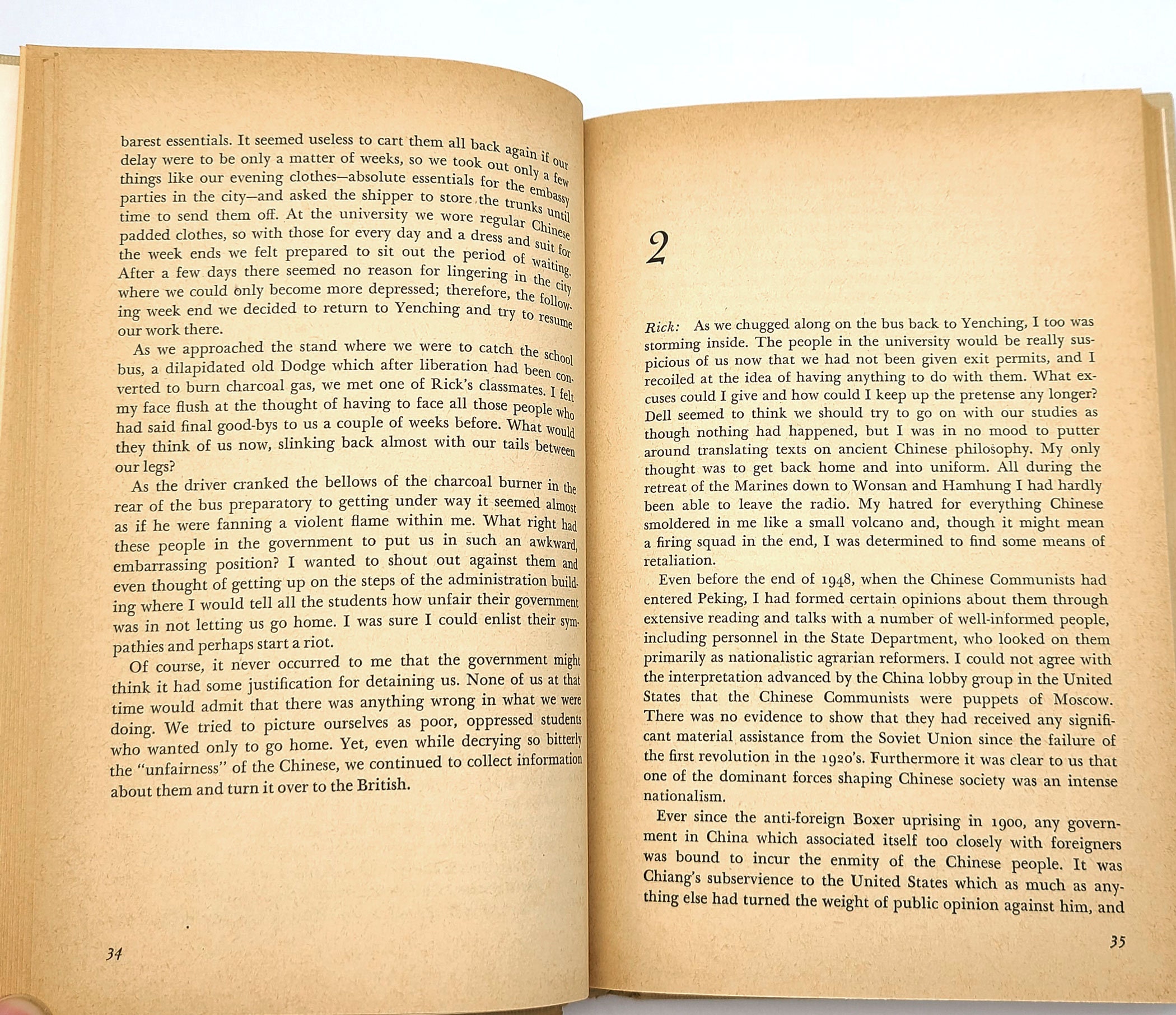 The account of Allyn and Adele Rickett, an American academic couple, and their four year imprisonment (1951-1955) by the Communist Chinese for espionage. They traveled to Beijing in 1948 as scholars on a Fulbright Fellowship where they studied and taught under the regime of Chiang Kai-shek and then the Communists. Previously, during the Second World War, Allyn had served as an officer in Marine intelligence. He continued in that work, reporting what he saw and heard in Chinese intellectual and political circles, which resulted in his eventual arrest.

It tells the story of how a modern revolutionary regime based on an ancient culture treats its prisoners. The Ricketts found themselves the fellow cell-mates of ex-landlords held for murder and rape, Kuomintang agents, spies and saboteurs, and speculators. The gallery of fellow-prisoners reveals the many faceted aspects of Chinese life and the ills of the old society. As a study in penology, it reveals the group techniques used in the Chinese penal system that sought to help the prisoner learn why they had been imprisoned, a socialist technique, rather than the individualist one prevalent in the West.