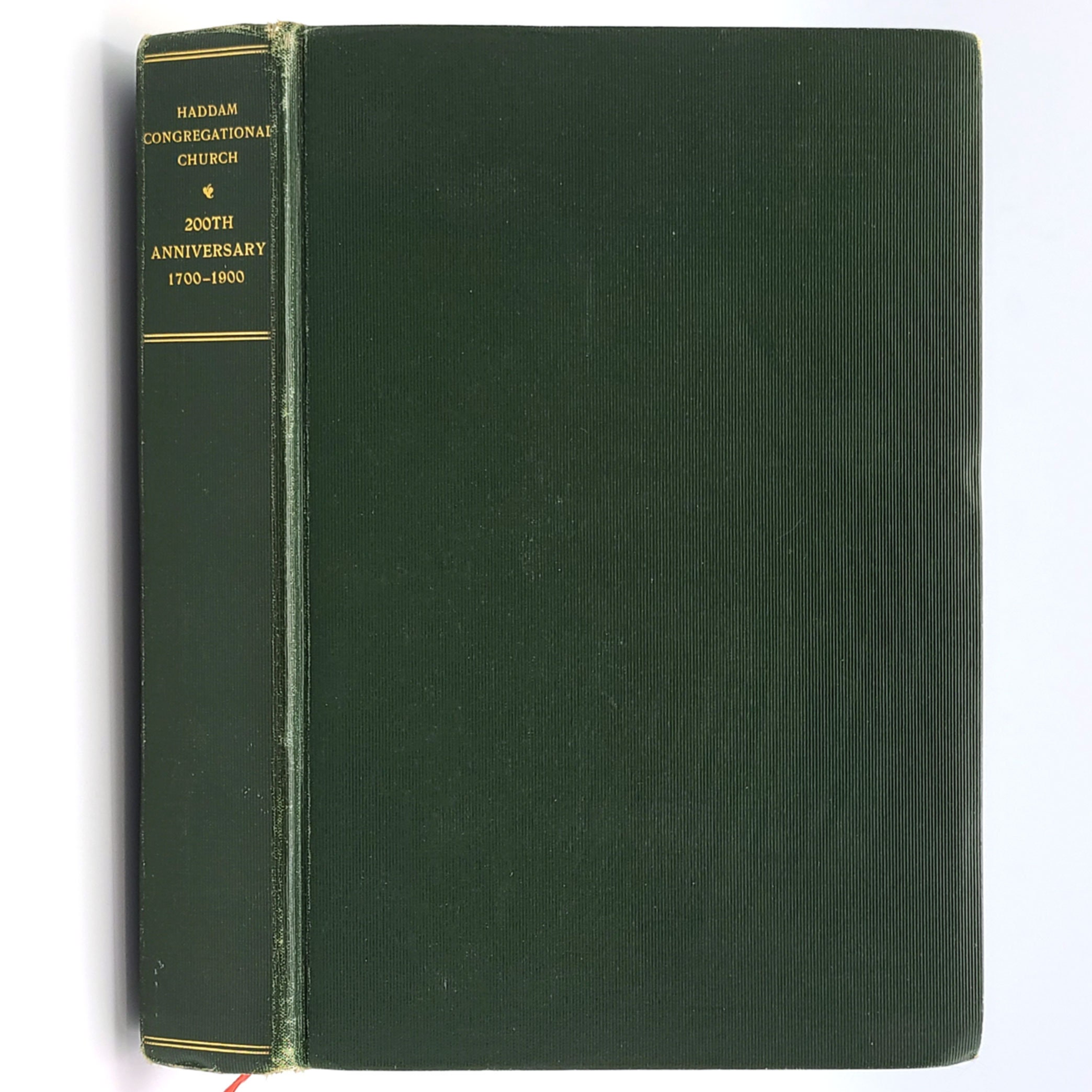 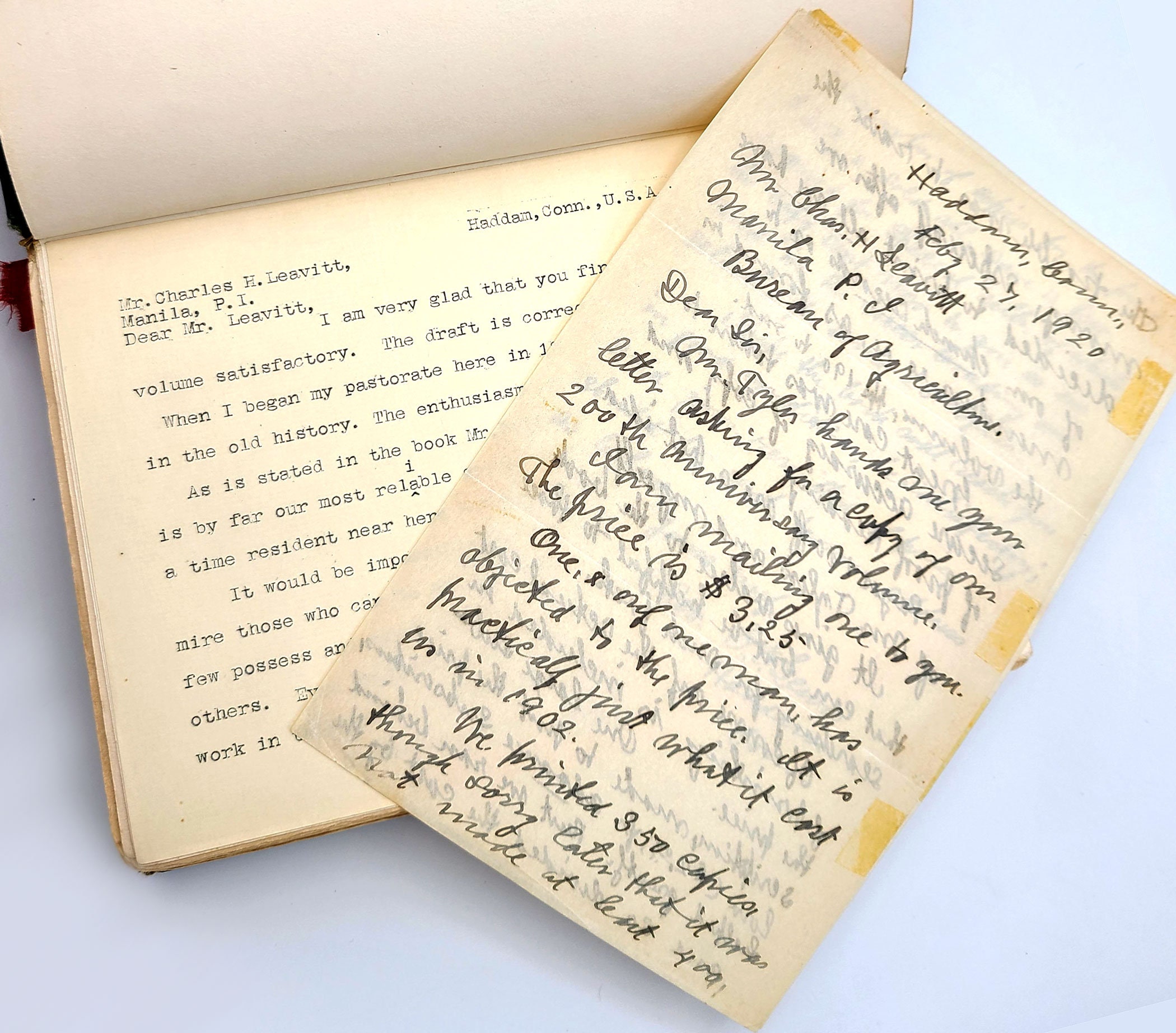 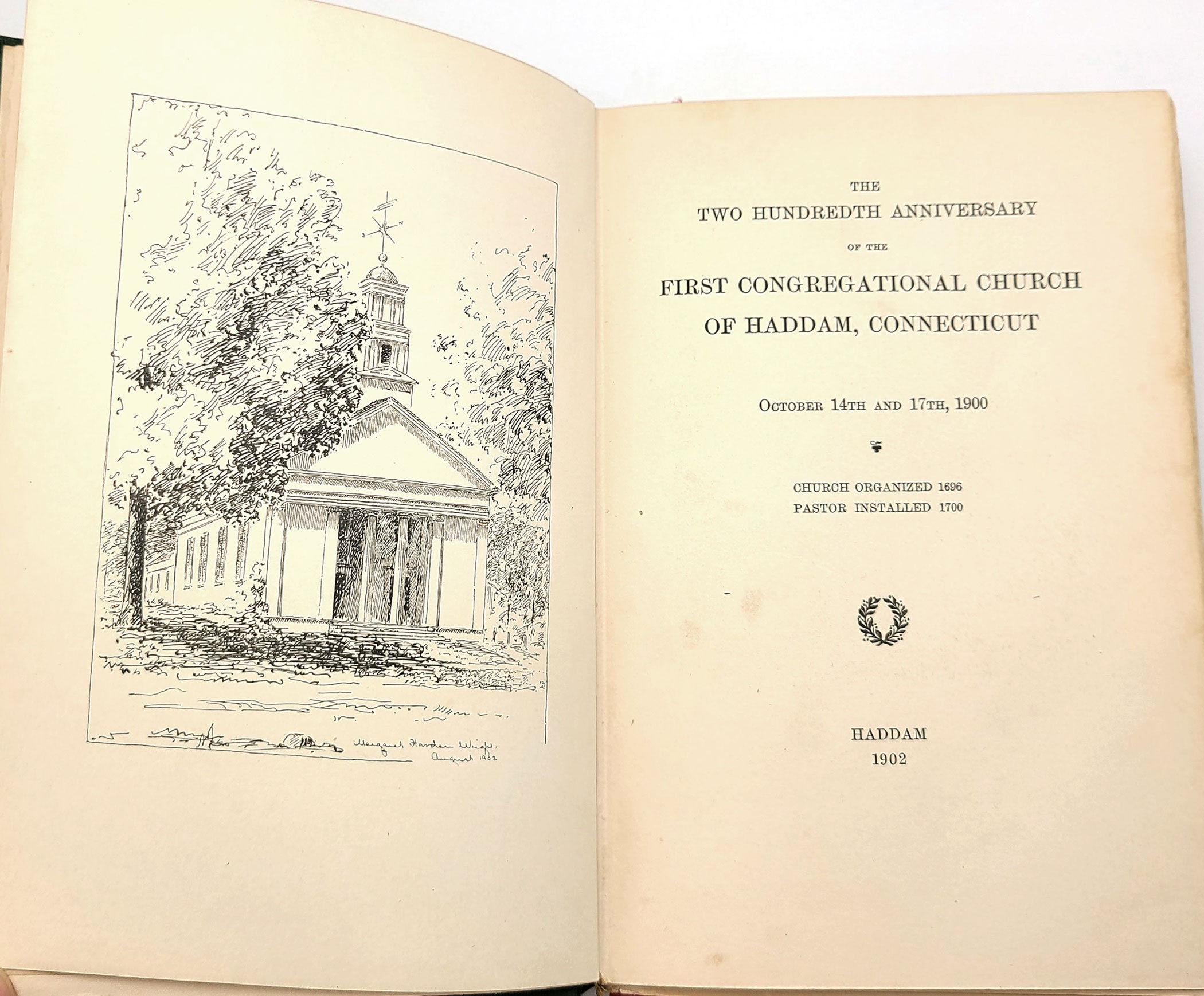 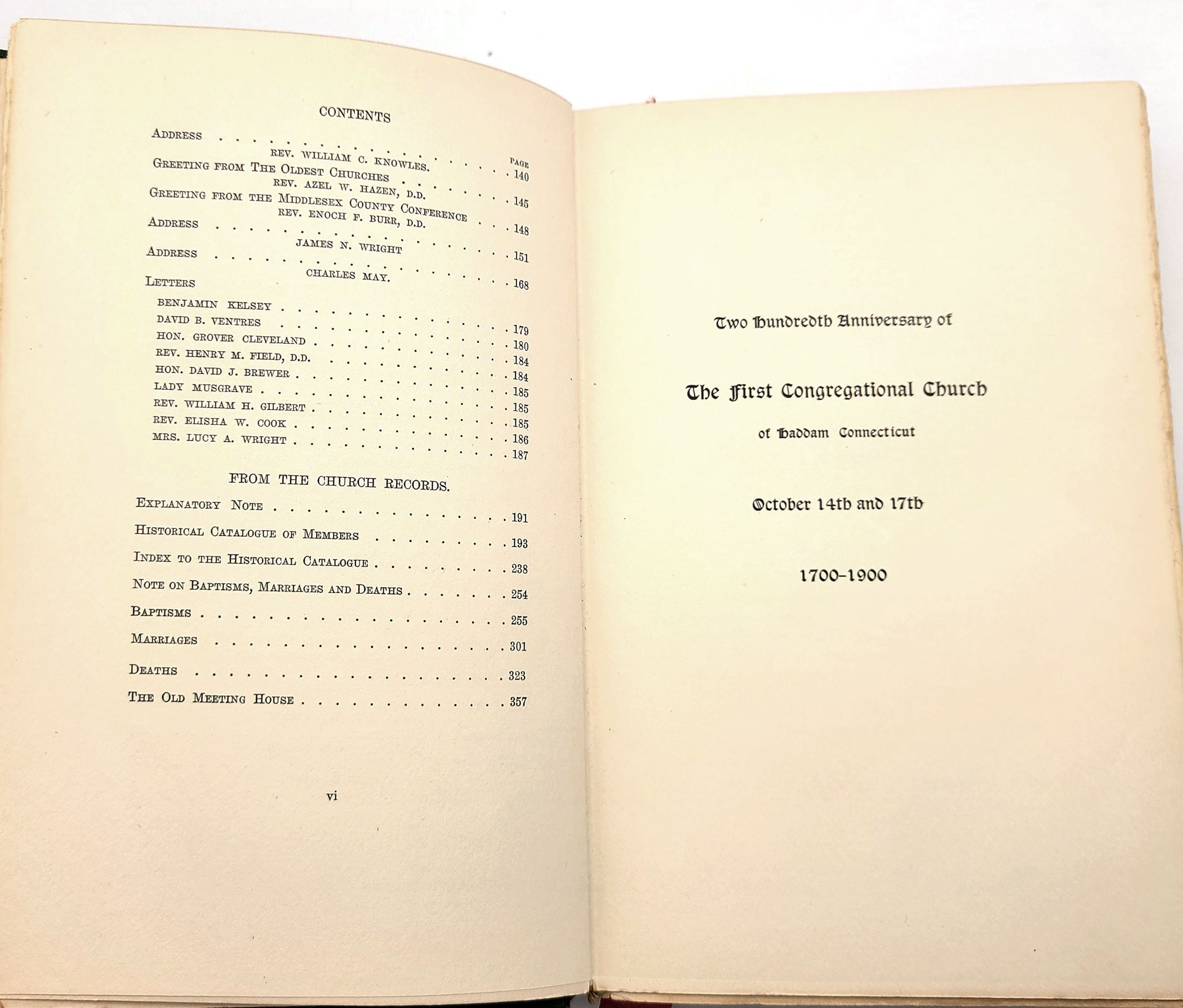 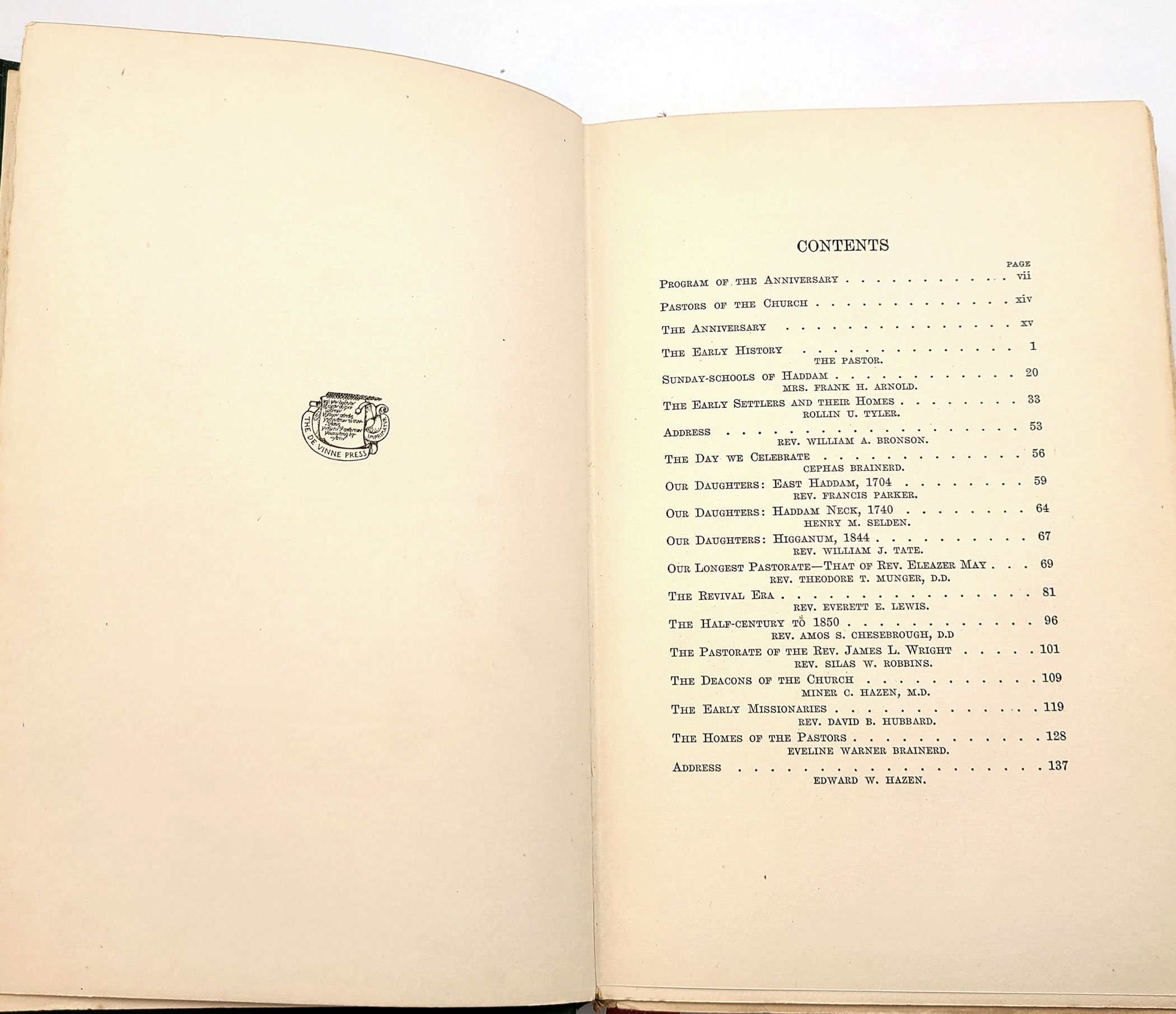 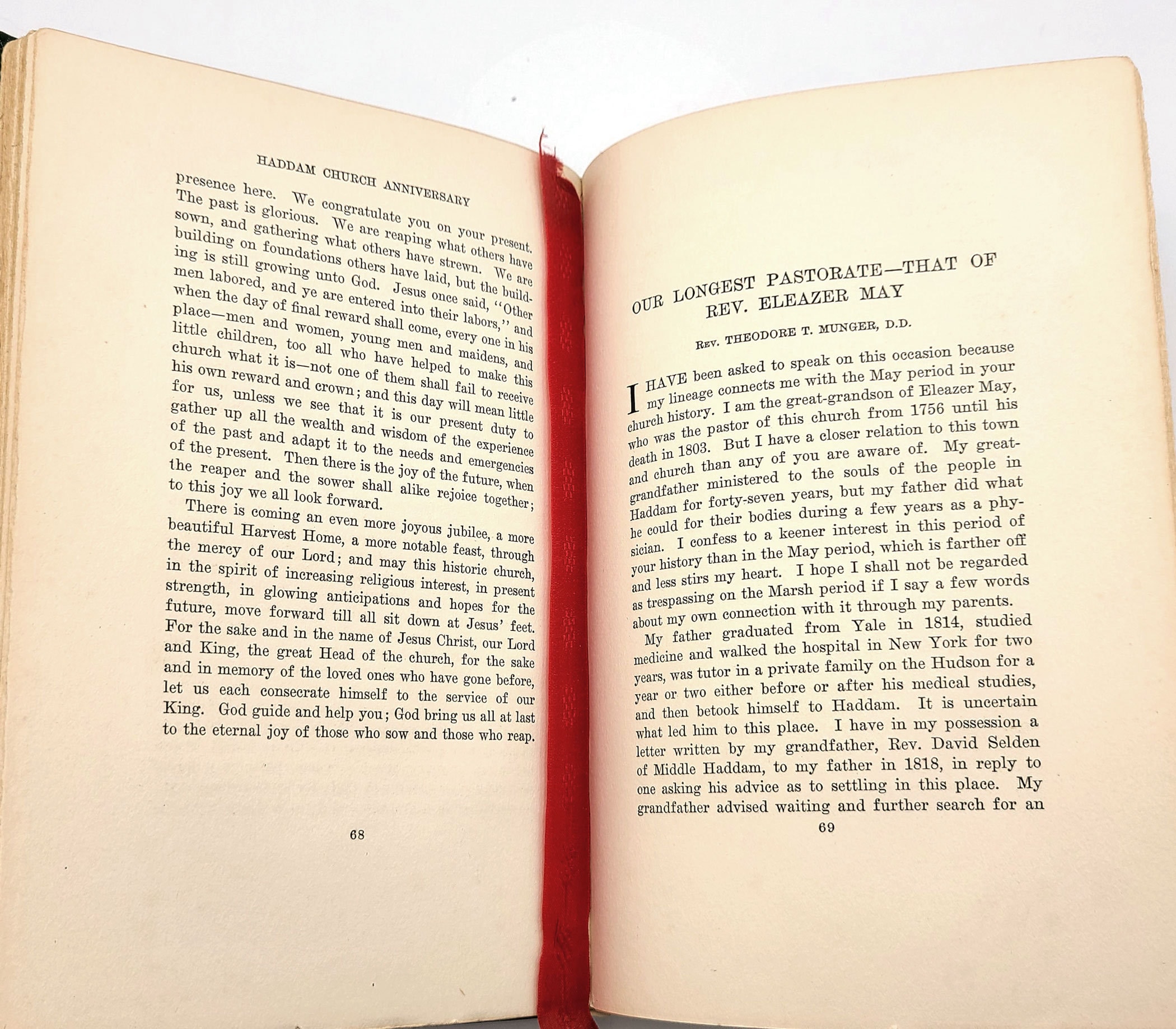 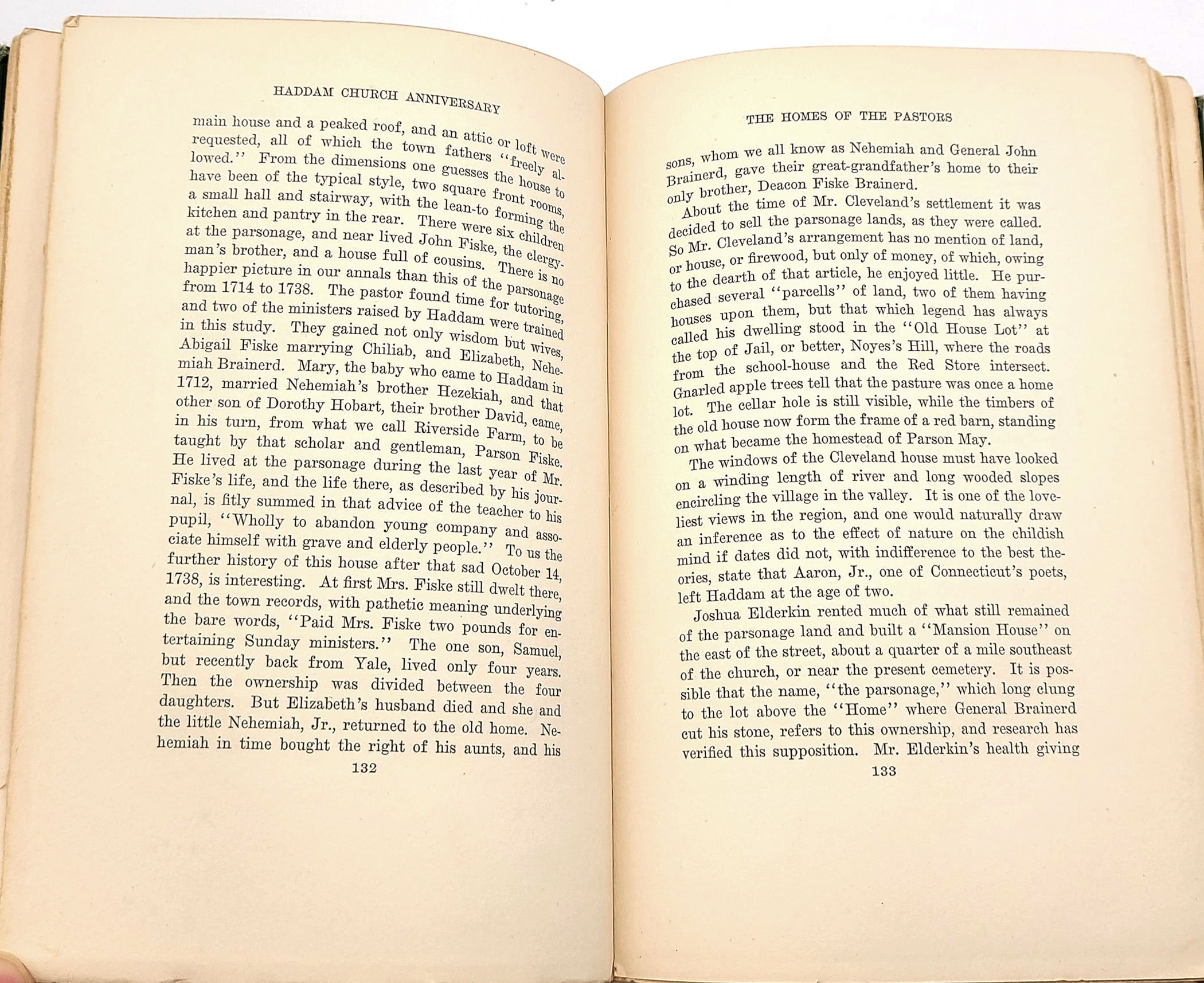 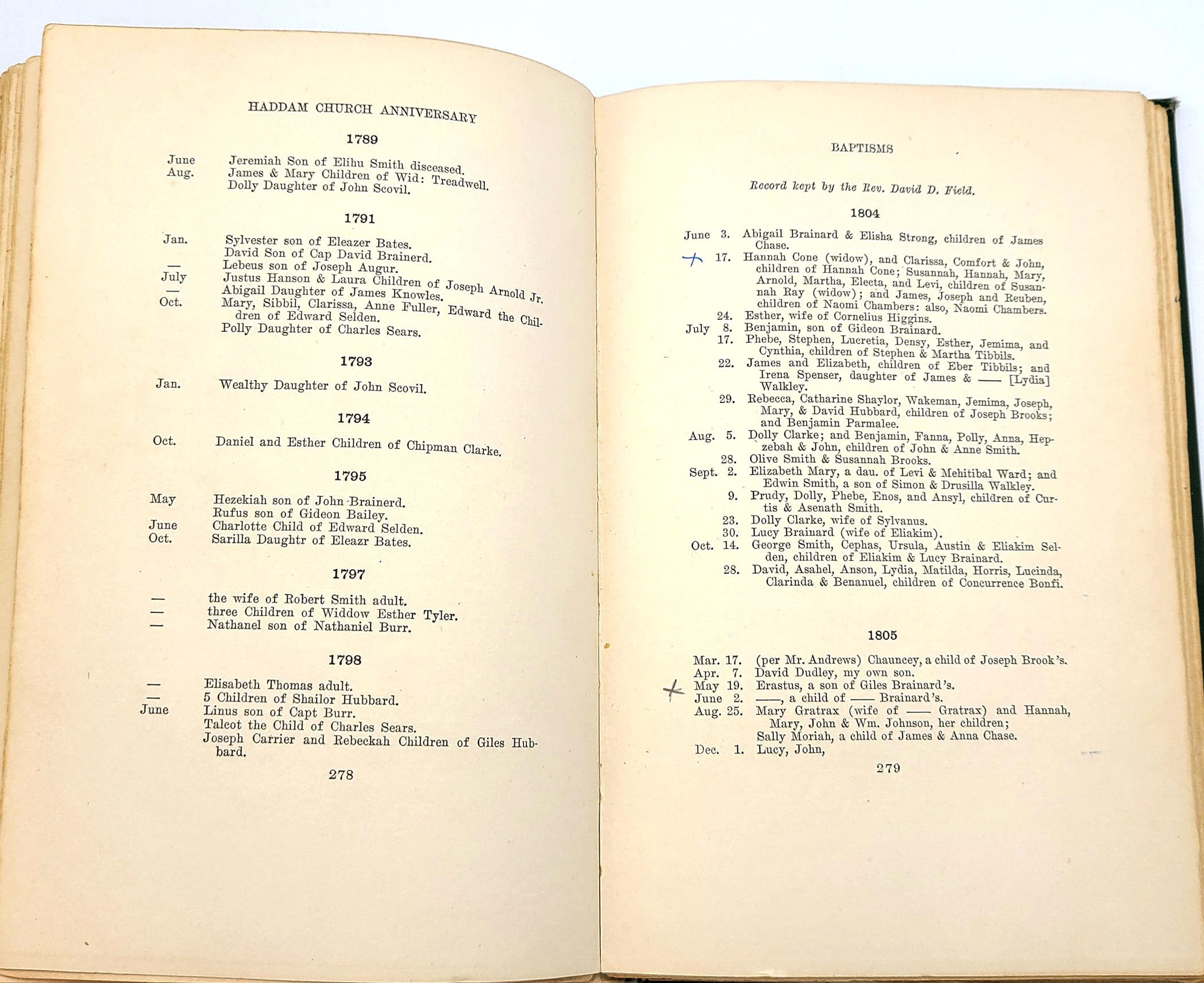 Title: The Two Hundredth Anniversary of the First Congregational Church of Haddam, Connecticut

Description: Green cloth boards with gilt on spine. Gilt top edge. Light wear at head and foot of spine; corners pushed and show a bit of wear. A few pages show minor notation (particularly in the records section at the rear). xx, 360 pp. 8.5 x 5.5 inches. Only 350 copies were published.

Uniquely included are a couple letters written in 1920 by Rev. E. E. Lewis (one is a handwritten letter, laid-in, and the other is a typed and signed letter that has been tipped-in at the front). Both are addressed to Mr. Charles H. Leavitt, at the time in the Philippine Islands working with the US Department of Agriculture. The handwritten letter briefly discusses the origins of the book and its costs of production. The author of the letters, Rev. Everett Edward Lewis (1837-1928) was the pastor of Haddam First Congregational Church for more than 50 years, having served from 1871 to 1924.

The volume's contents include a collection of addresses documenting the history and persons of the First Congregational Church of Haddam, Connecticut. It was published in 1902 to commemorate the occasion of its 200th anniversary, which was celebrated in 1900. The church was originally organized in 1696 and had its pastor installed in 1700.

The addresses document a couple notable pastorates (Rev. Eleazer May and Rev. James L. Wright); Haddam's Sunday Schools; early missionaries; the deacons of the church; the homes of the pastors; the revival era; daughter churches at East Haddam, Haddam Neck, and Higganum; early settlers and their homes; and various greetings and letters.

Includes a historical catalogue of more than 1200 members in a chronological order with date of entrance (and also presented in a separate alphabetical index), and more than 100 pages of the church's records of baptisms, marriages, and deaths.