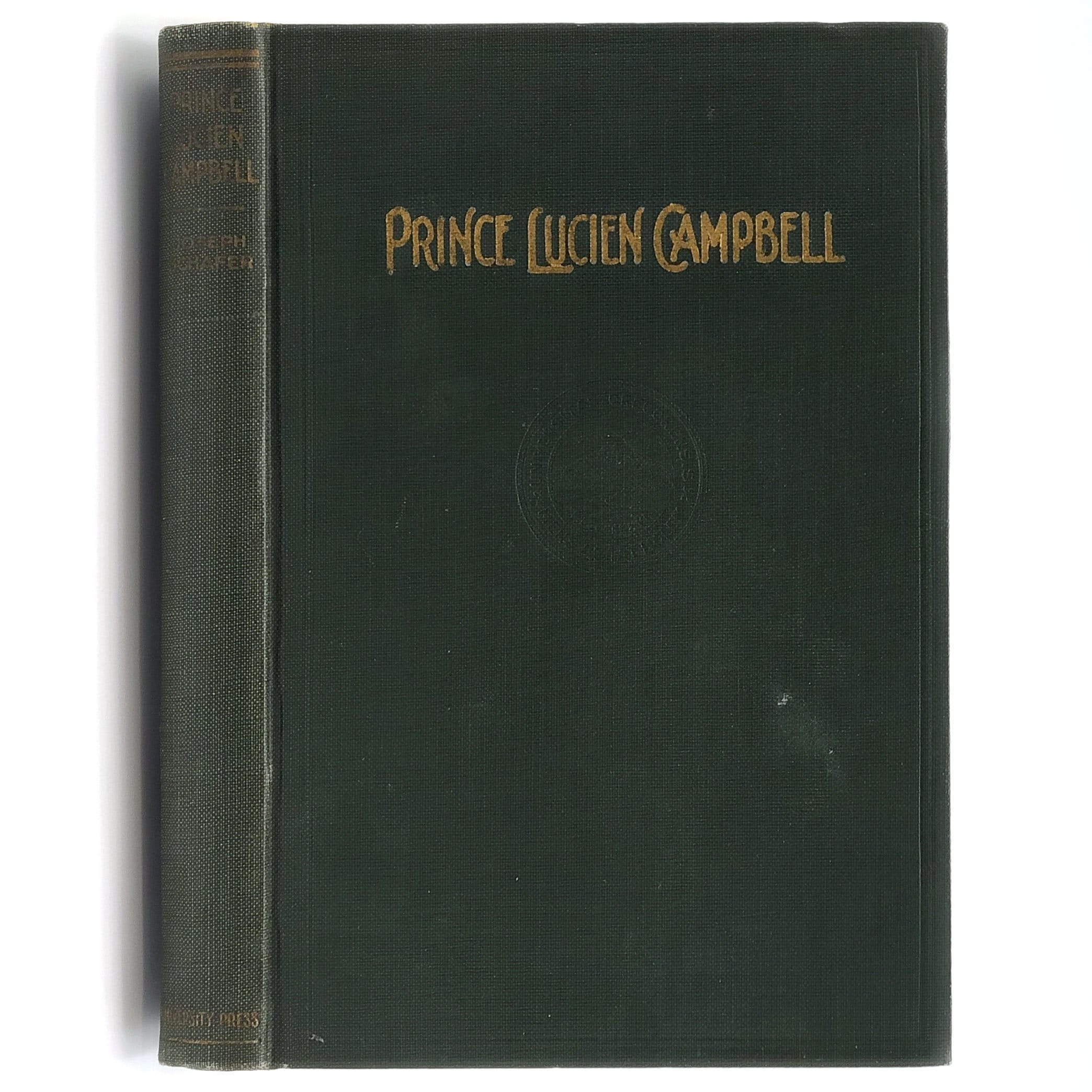 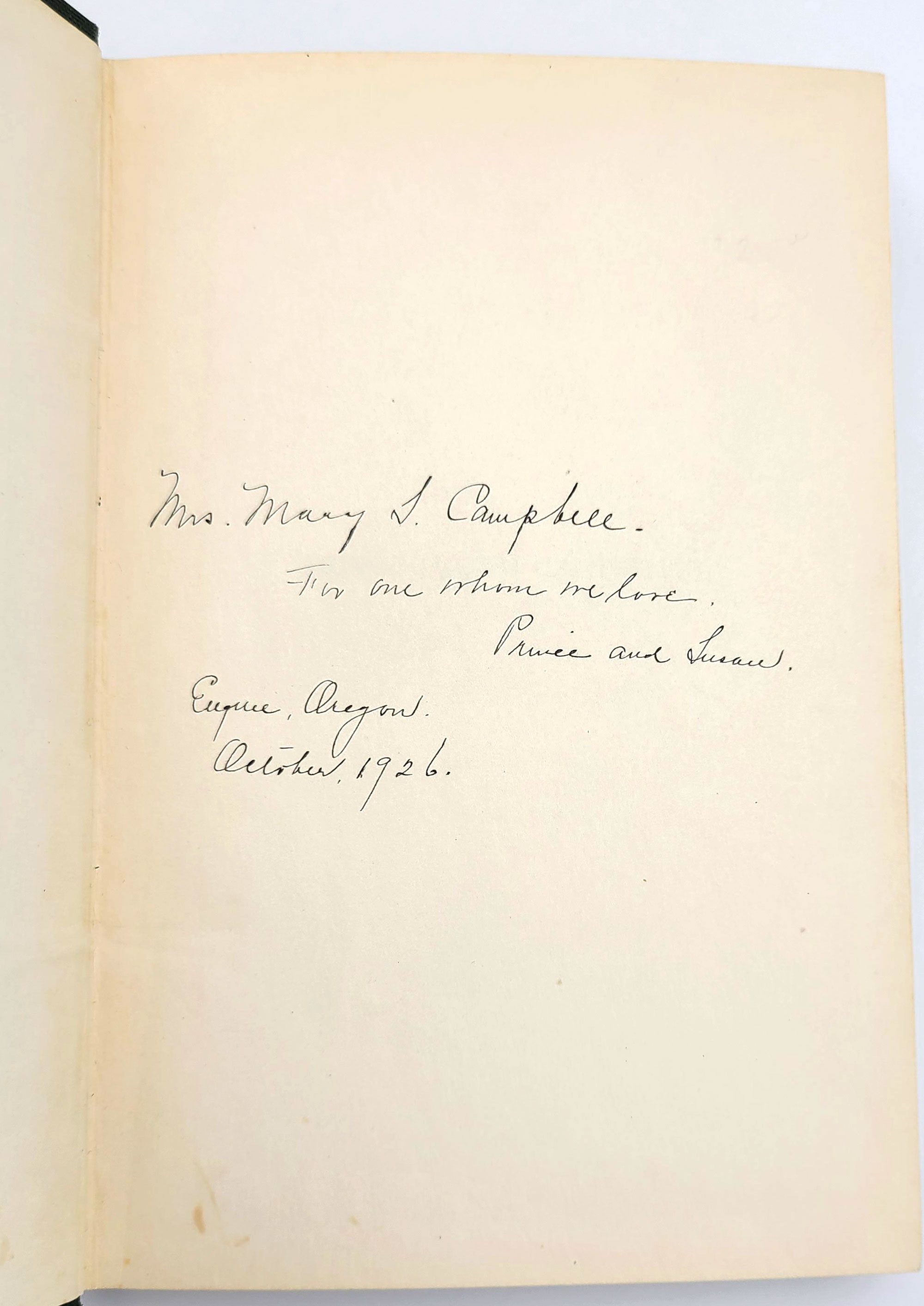 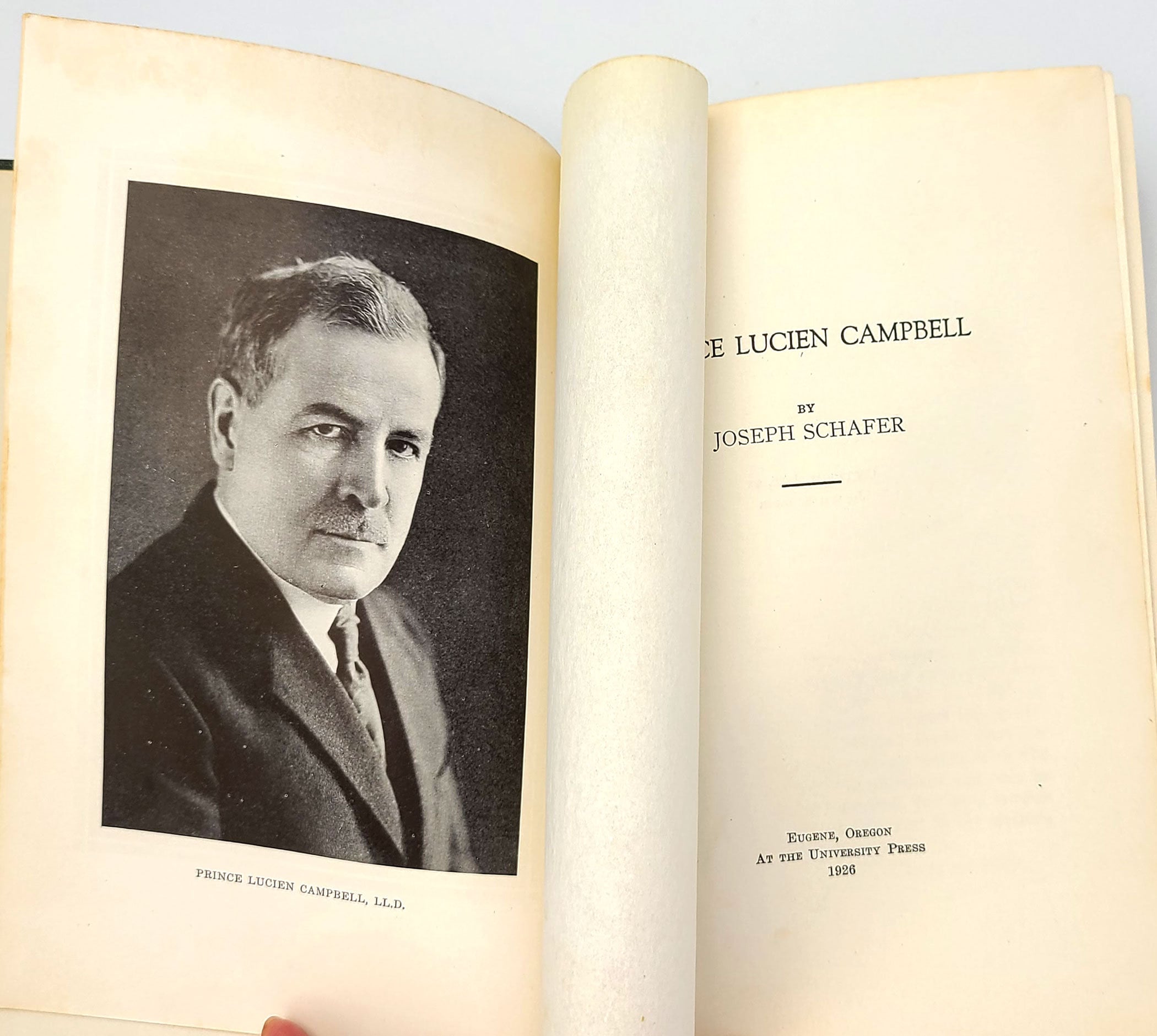 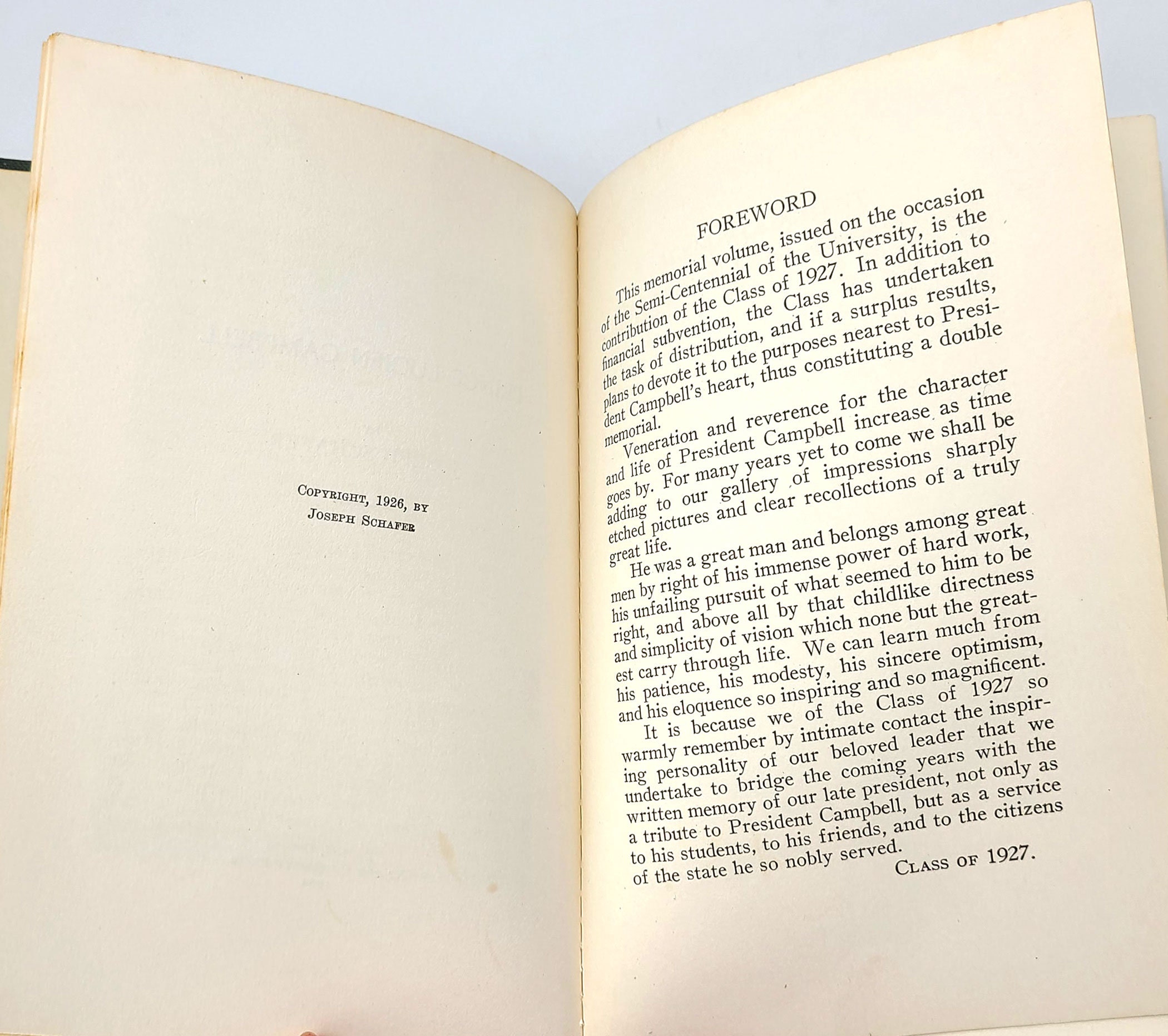 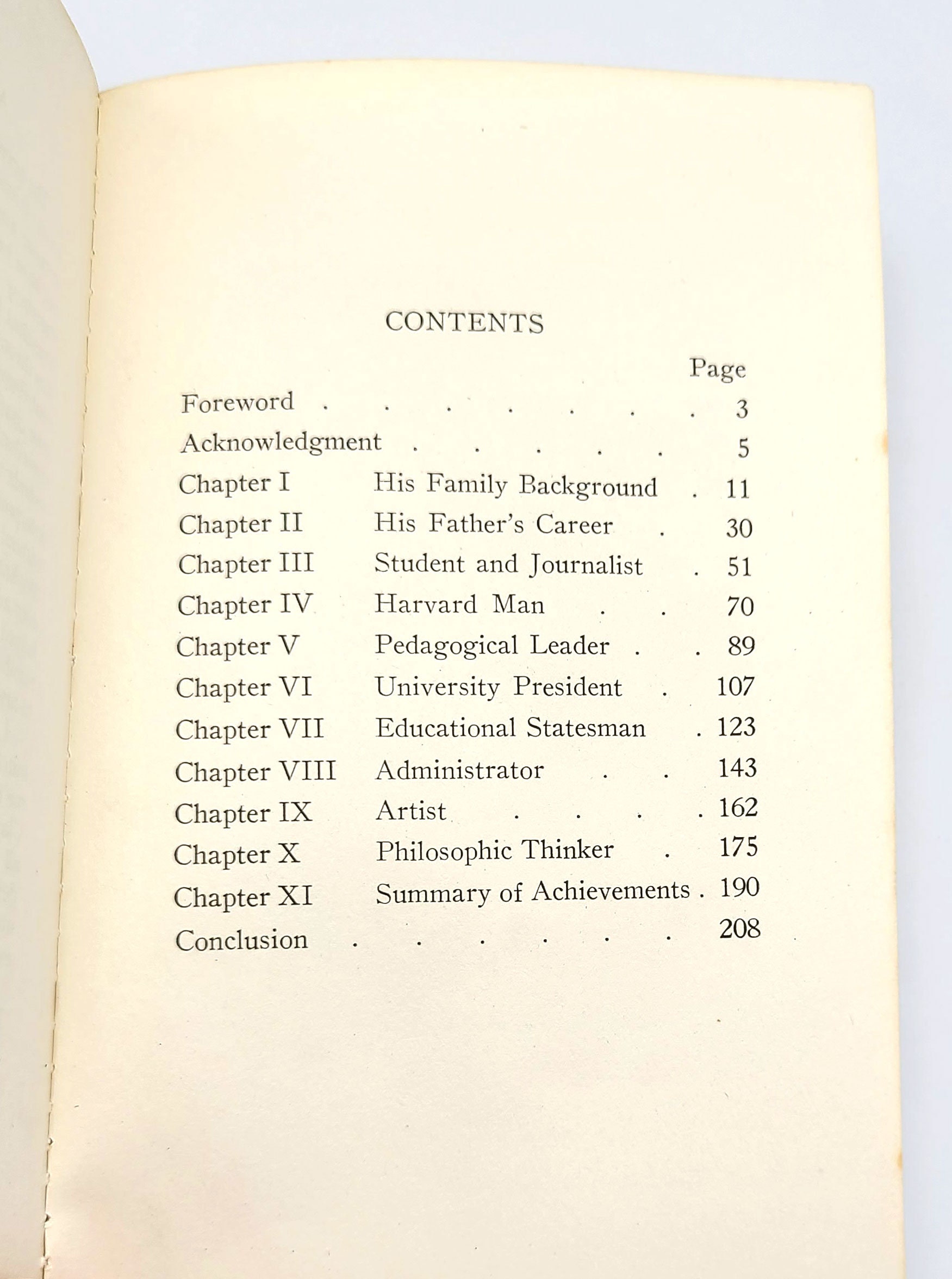 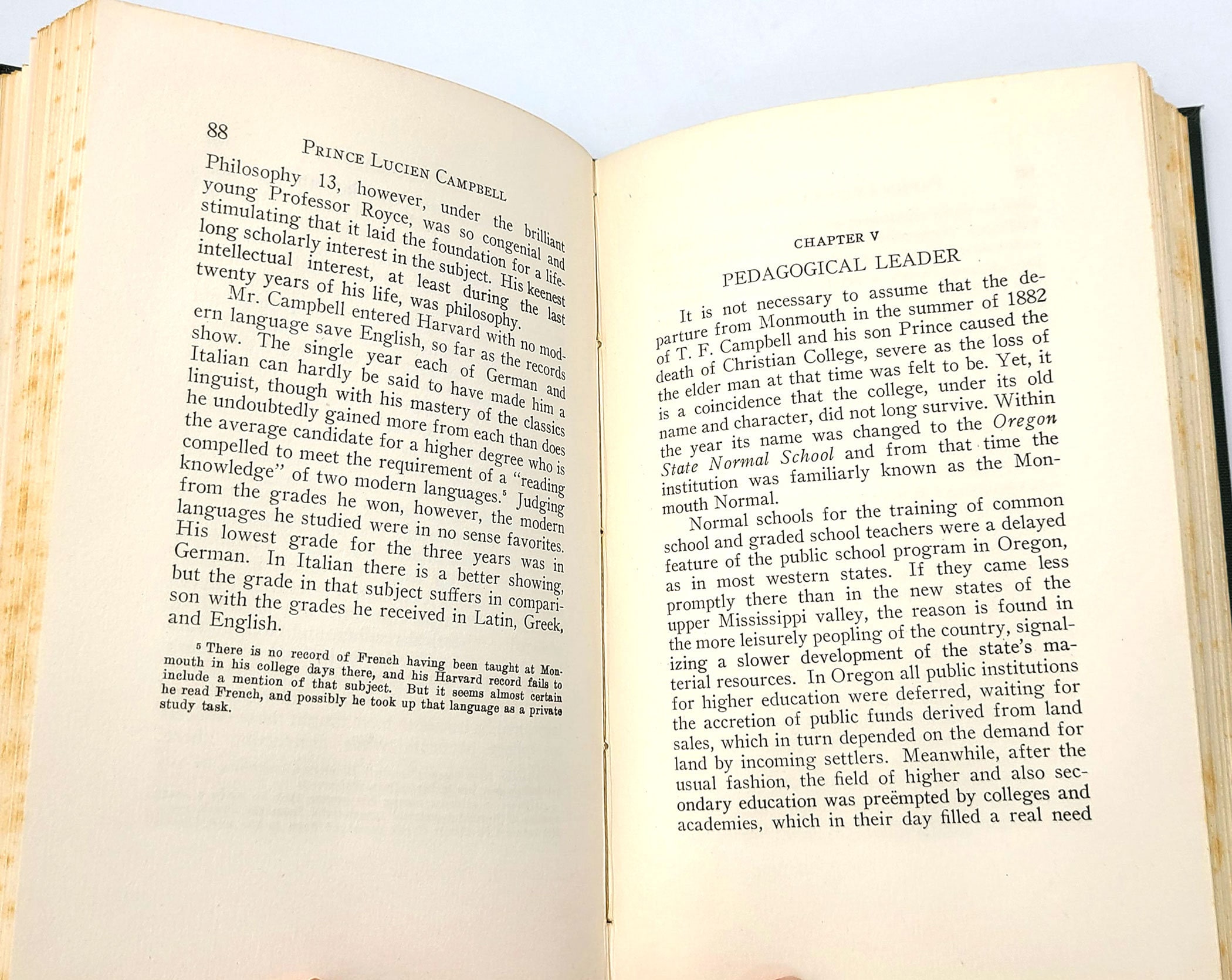 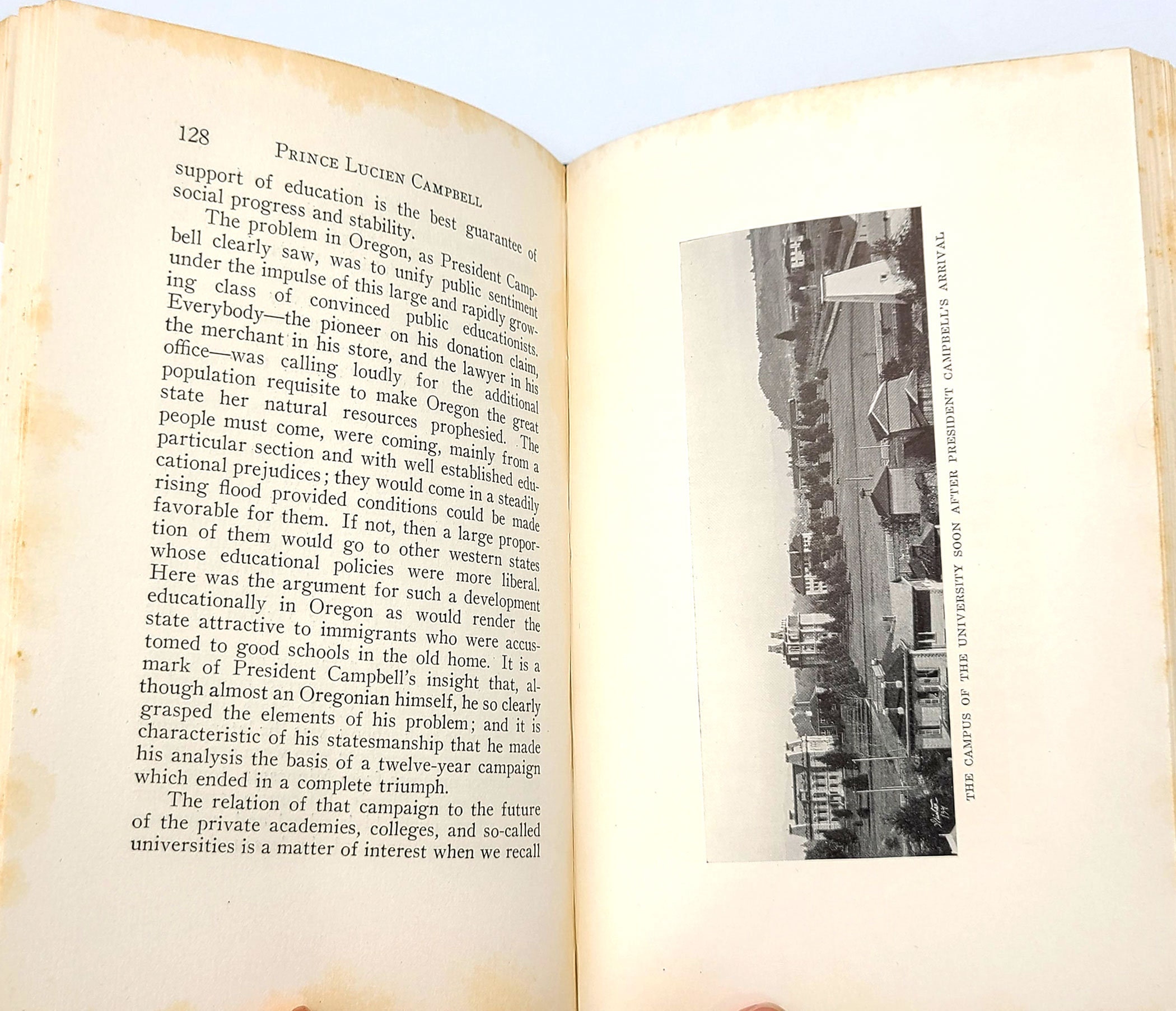 Description: Inscribed by Prince's wife on ffep as "Prince and Susan." Green cloth boards with gilt lettering and the seal of the University of Oregon blind stamped on the front. Small, white blemish on front board; lettering on spine faded; edges of text block are foxed. Five illustrated plates, including frontispiece portrait of PLC with tissue guard. 216 pp. 8 x 5 inches. Tipped-in at the rear of the book is a 1926 newspaper article by Oregon historian Fred Lockley about the author of this volume, Joseph Schafer, another Oregon historian.

Signed by Prince Lucien Campbell's wife on ffep and inscribed to Prince's step-mother, Mary Stump Campbell, in the year following his death. The inscription reads "Mrs. Mary S. Campbell. / For one whom we love. / Prince and Susan. / Eugene, Oregon. / October, 1926." The Stump family were pioneers in Monmouth, Oregon, and Mary was at one point the publisher of Monmouth's newspaper, Christian Messenger.

The author, Joseph Schafer (1867-1941), was Oregon's first academically trained, professional historian. He served on the faculty of the University of Oregon between 1900 and 1920, and then returned to his home state to serve as superintendent of the Wisconsin Historical Society. He was the author of multiple books and pamphlets, including History of the Pacific Northwest (1905), The Pacific Slope and Alaska (1905), The Acquisition of Oregon Territory (1908), Jesse Applegate: Pioneer and State Builder (1912), and Prince Lucien Campbell (1926).