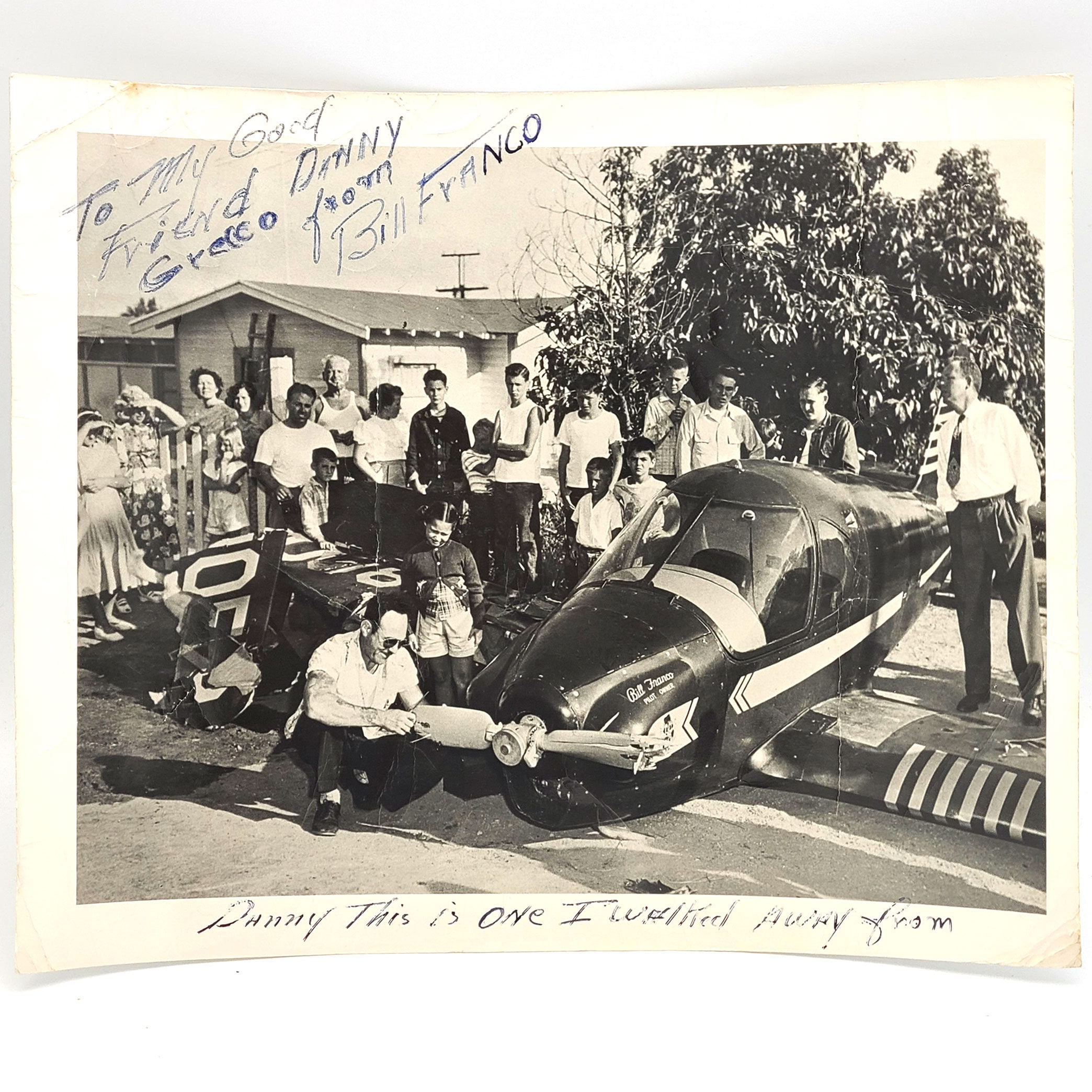 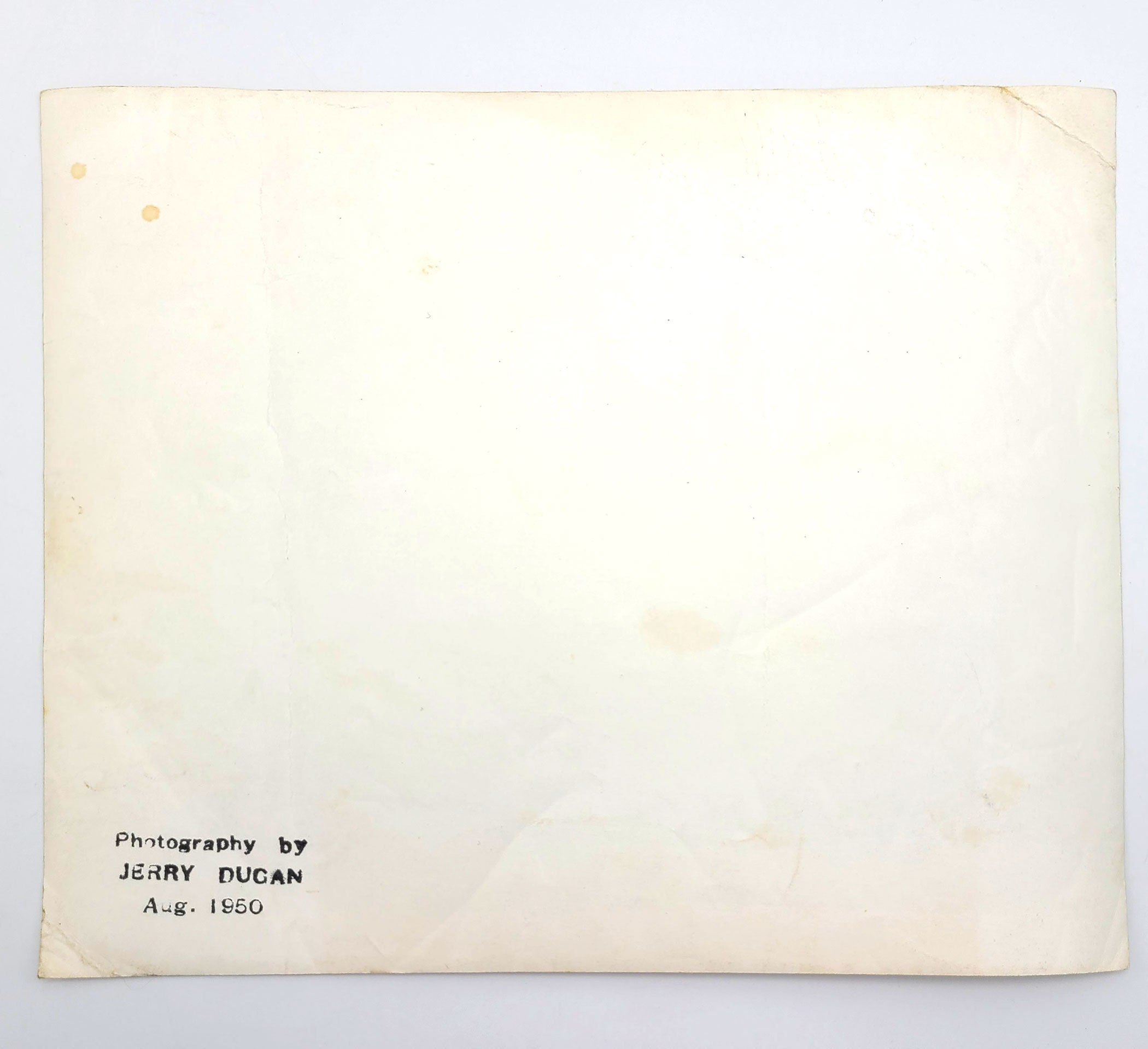 Description: Photograph of a crashed monoplane on a residential neighborhood street in Hawthorne, California (in Los Angeles County). The crash occurred on July 30, 1950. The pilot of the plane is shown inspecting the broken propeller blades, while a crowd of onlookers assemble behind the plane. One of the plane's broken wings is visible. The nose of the plane is painted with "Bill Franco / Pilot Owner".

The incident was described in an article published in The News-Review (Roseburg, Oregon), August 9, 1950. Franco was forced down by engine failure and on his way down threaded his way through power lines, clipped off both wingtips on parked cars, and landed "with a bump."

The black & white image is 7 x 9 inches. The photograph is a bit worn and shows several soft creases. The photo is inscribed by the pilot, Bill Franco, to his friend Danny Grecco, a well known early-day pilot, wing walker, and aviation mechanic.

The pilot, William Patrick "Bill" Franco, 1912-1975, grew up in Roseburg, Oregon. By 1935, he was living in Los Angeles, served as a US Navy pilot-mechanic during WW II, and after the war worked as an aviation mechanic.

His friend and fellow pilot-mechanic, Dionysius Daniel "Danny" Grecco (1896-1983), had a deep relationship with aviation. He moved to Portland in 1904 and witnessed Lincoln Beachey's dirigible fly at the 1905 Lewis & Clark Exposition, saw his first plane in 1910 (a Curtiss flown by Eugene Ely), and made his own first solo flight in 1918. Through his long career, he also survived a few crashes. In the 1930's he performed with the Tex Rankin Air Circus and was considered one of the best wing walkers. In 1937, he serviced Charles Lindbergh's plane when it landed in Portland, in 1946 earned the first helicopter mechanic rating from Bell Helicopter, and in 1947 he was involved as a mechanic with Chuck Yeager's X-1. He is a member of the Oregon Aviation Hall of Fame.