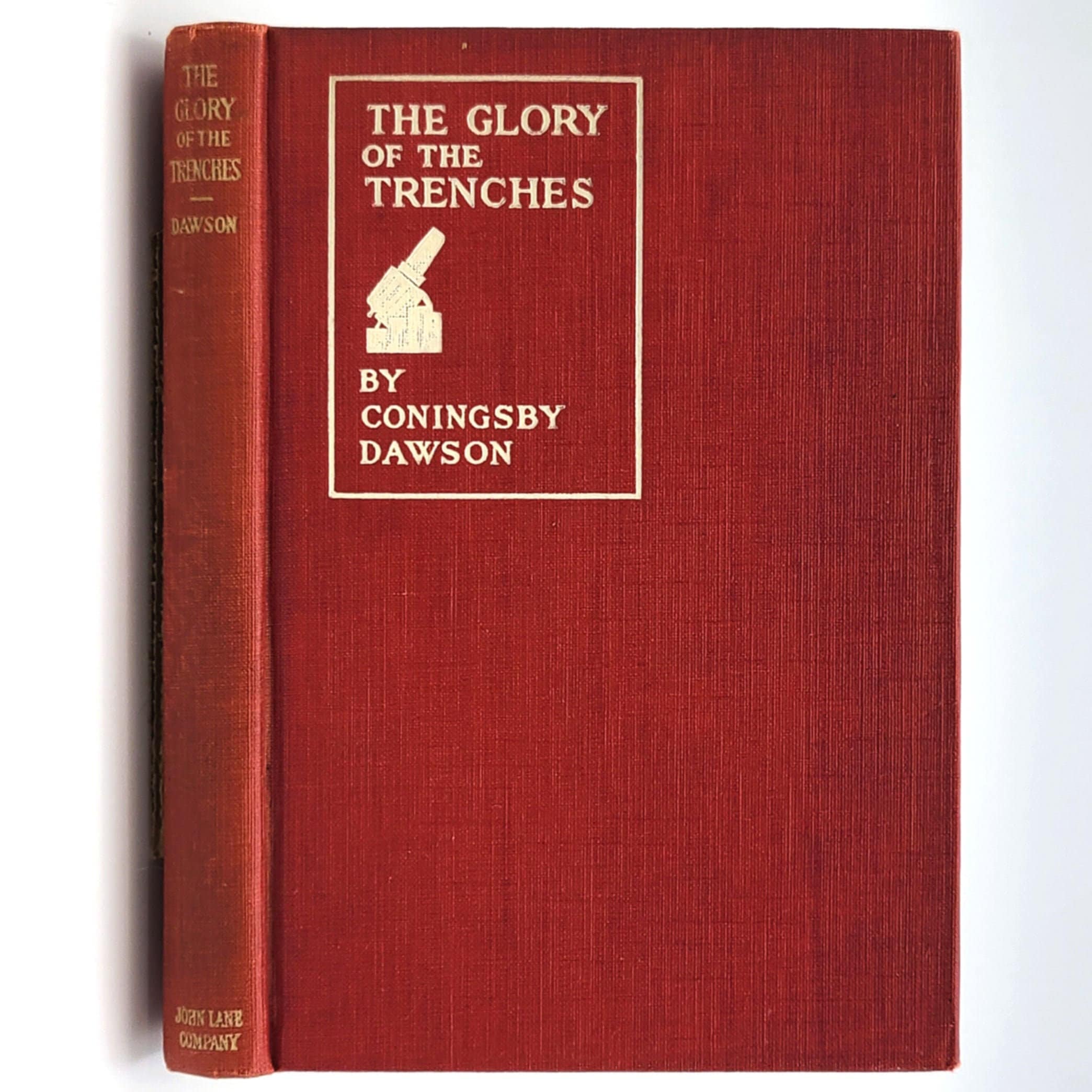 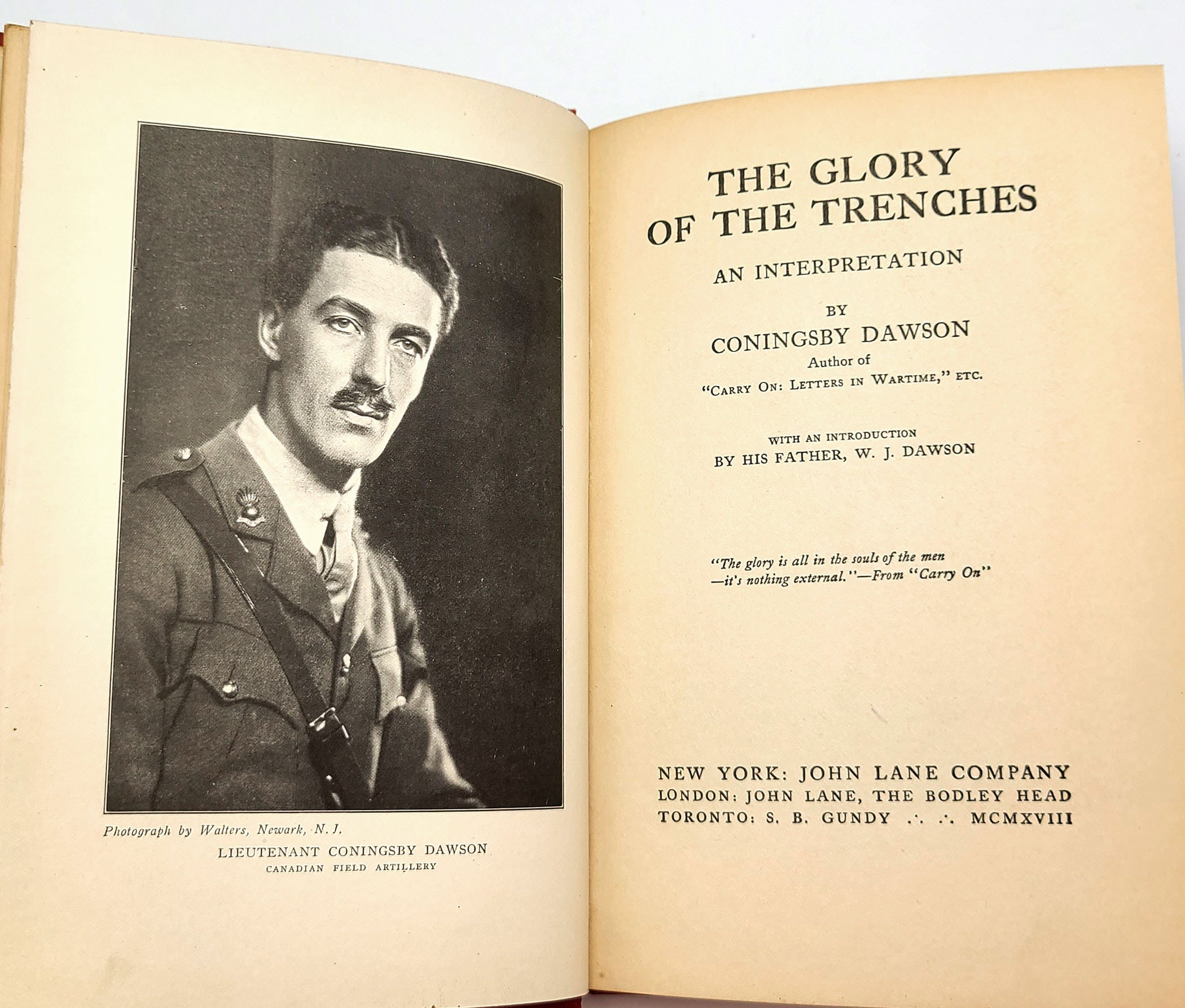 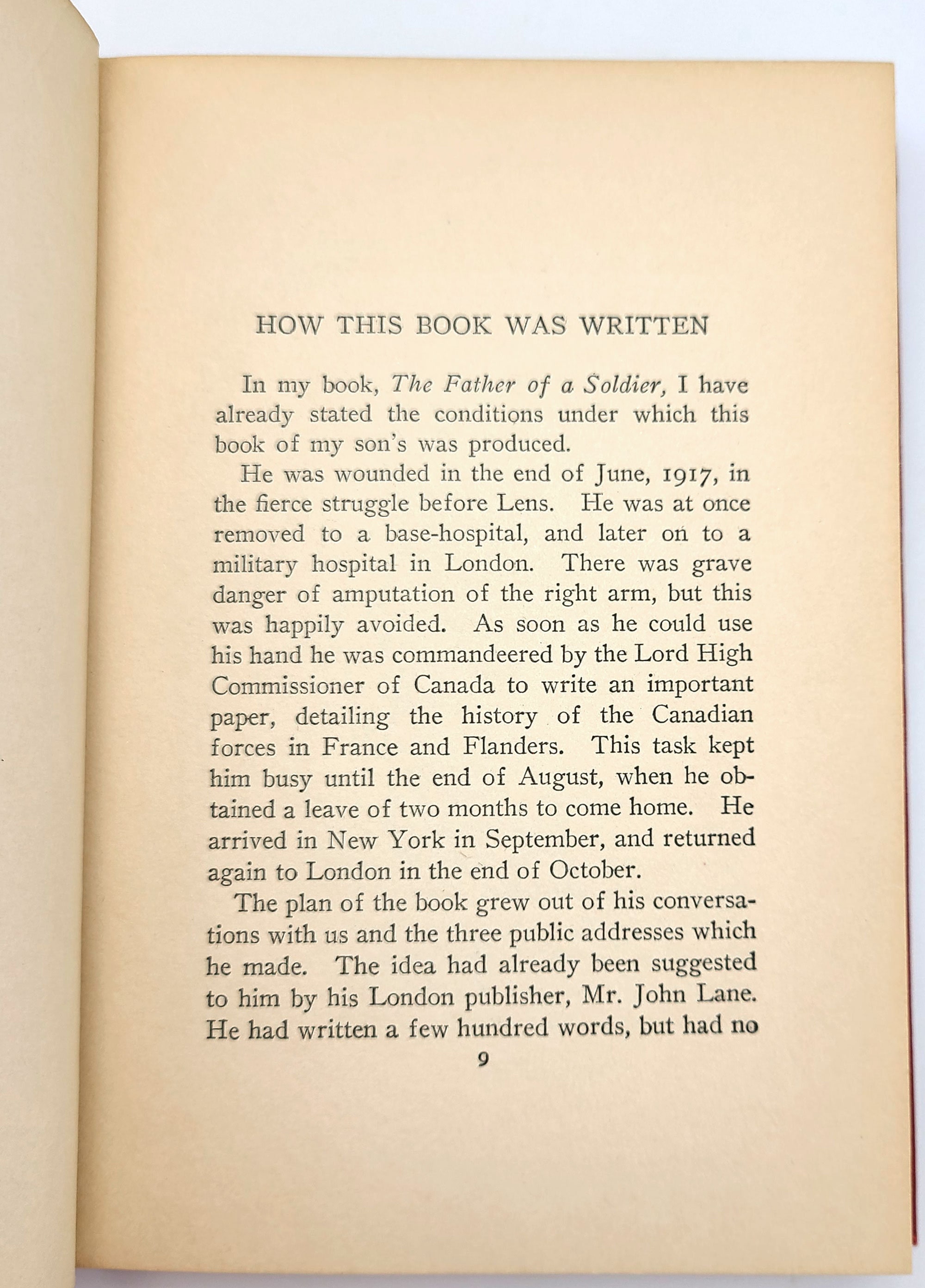 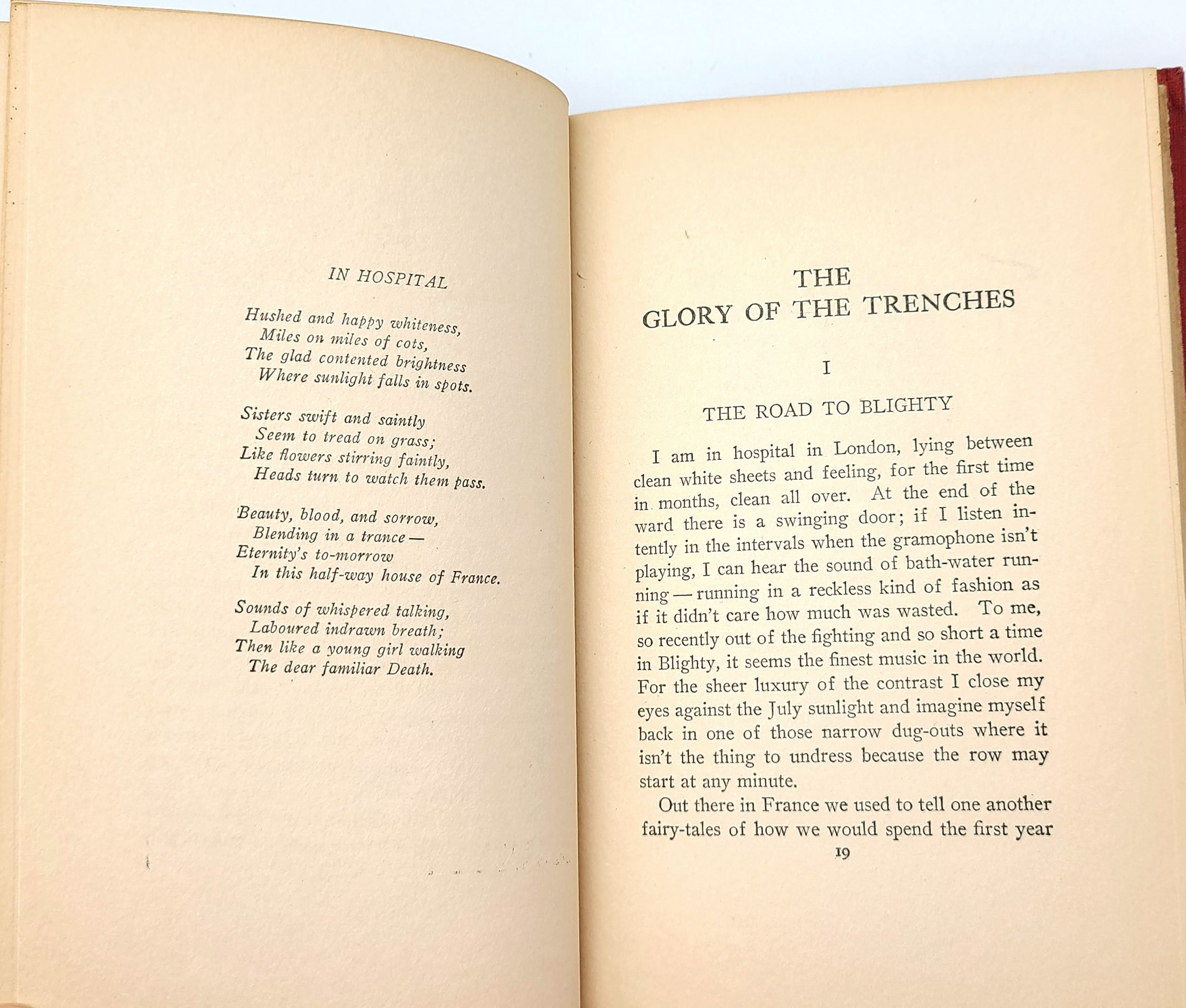 Title: The Glory of the Trenches: An Interpretation

Written by Dawson while in a London hospital, recovering from his battlefield wounds, and afterwards in America. Through the first third of the book, he describes his experiences and conversations in the Casualty Clearing Station and at the Base Hospital in France, conveying what it was like being cared for by the nurses, being with other injured soldiers, what they thought, etc. He continues and writes about his enlistment, journey to the front, and experiences during the war.

Coningsby Dawson (1883-1959) was an Anglo-American novelist and soldier. He served in the Canadian Field Artillery during the First World War, joined the front in 1916, and saw action at the Somme battlefields of Albert, Thiepval, Courcelette, and at the capture of the Regina Trench.