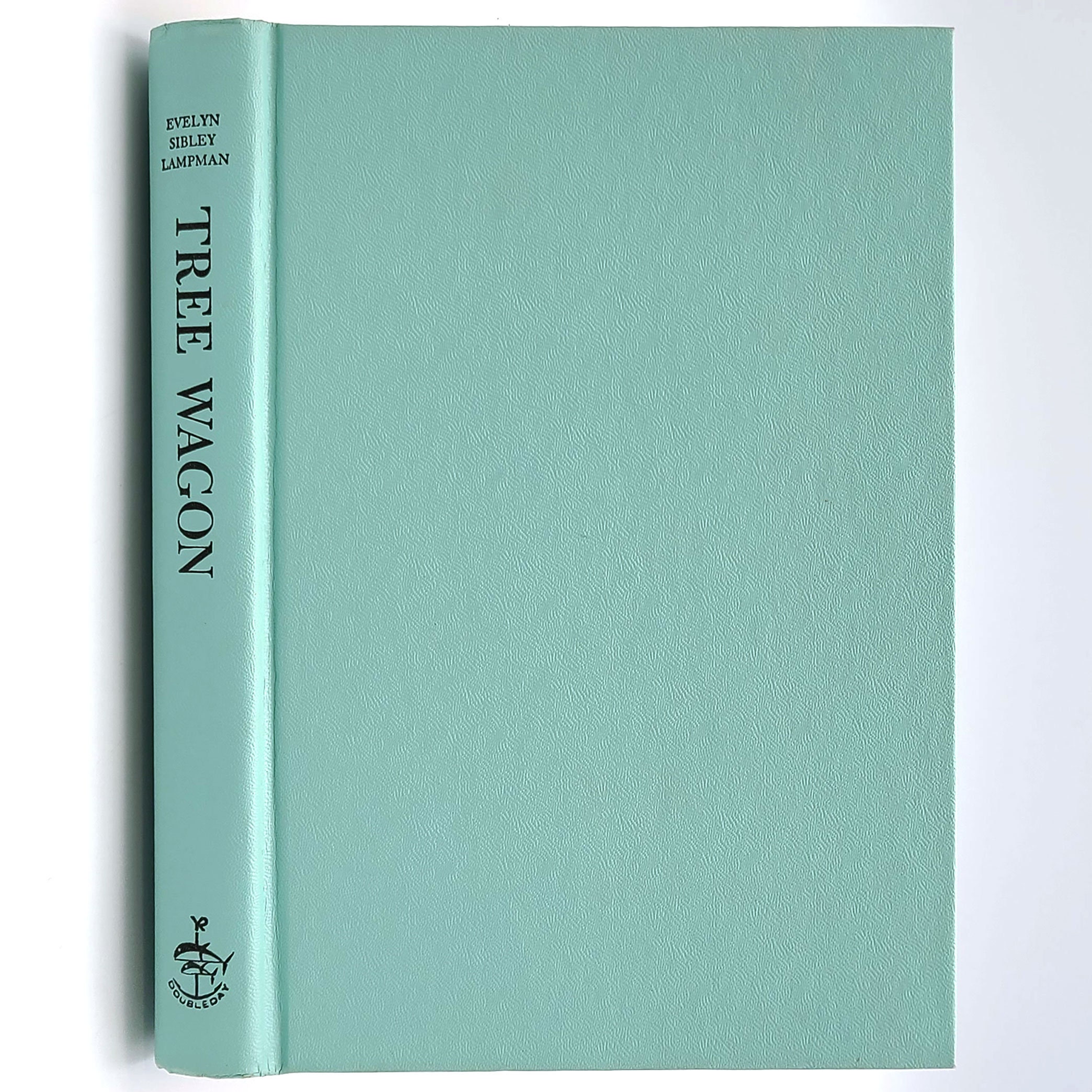 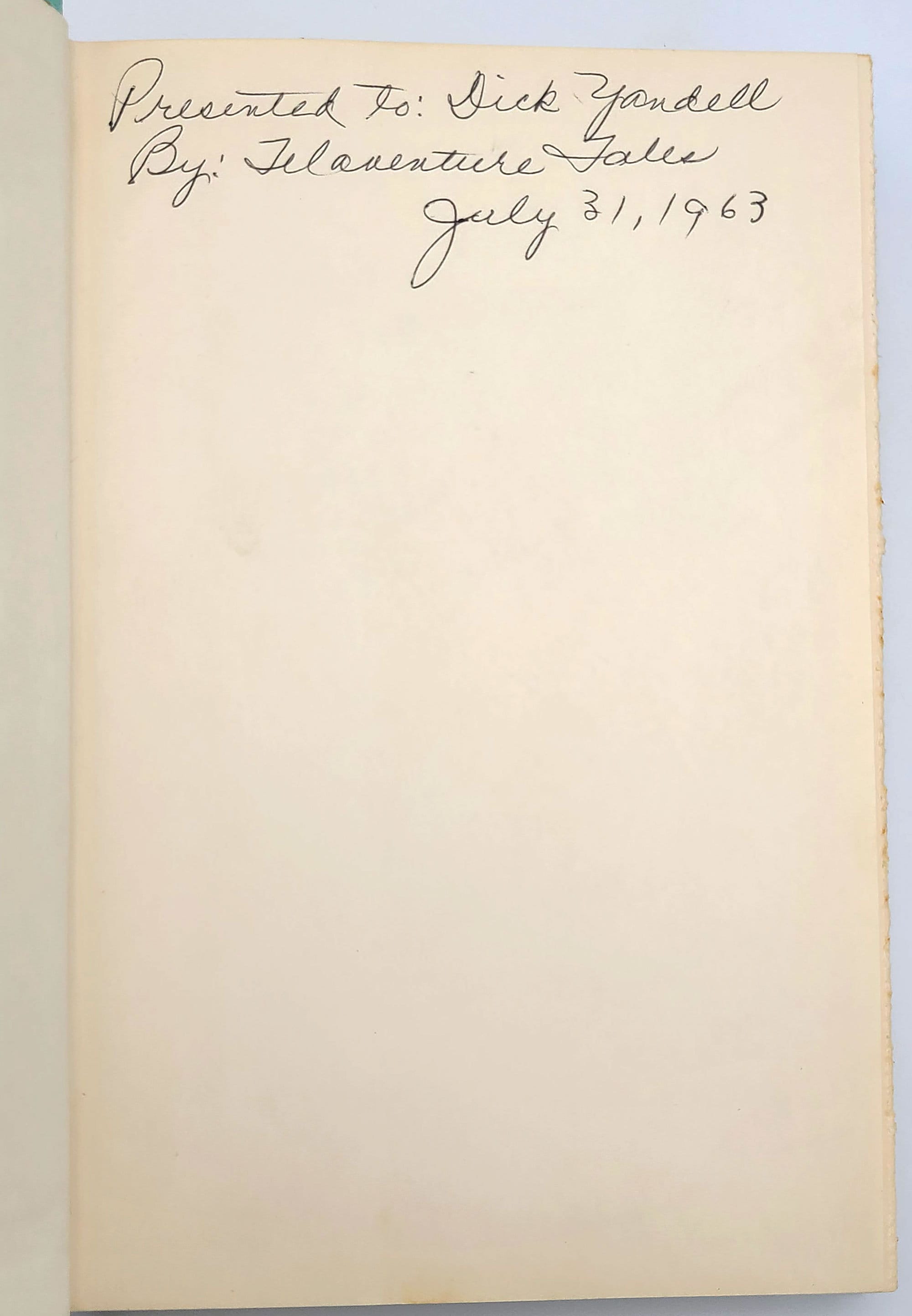 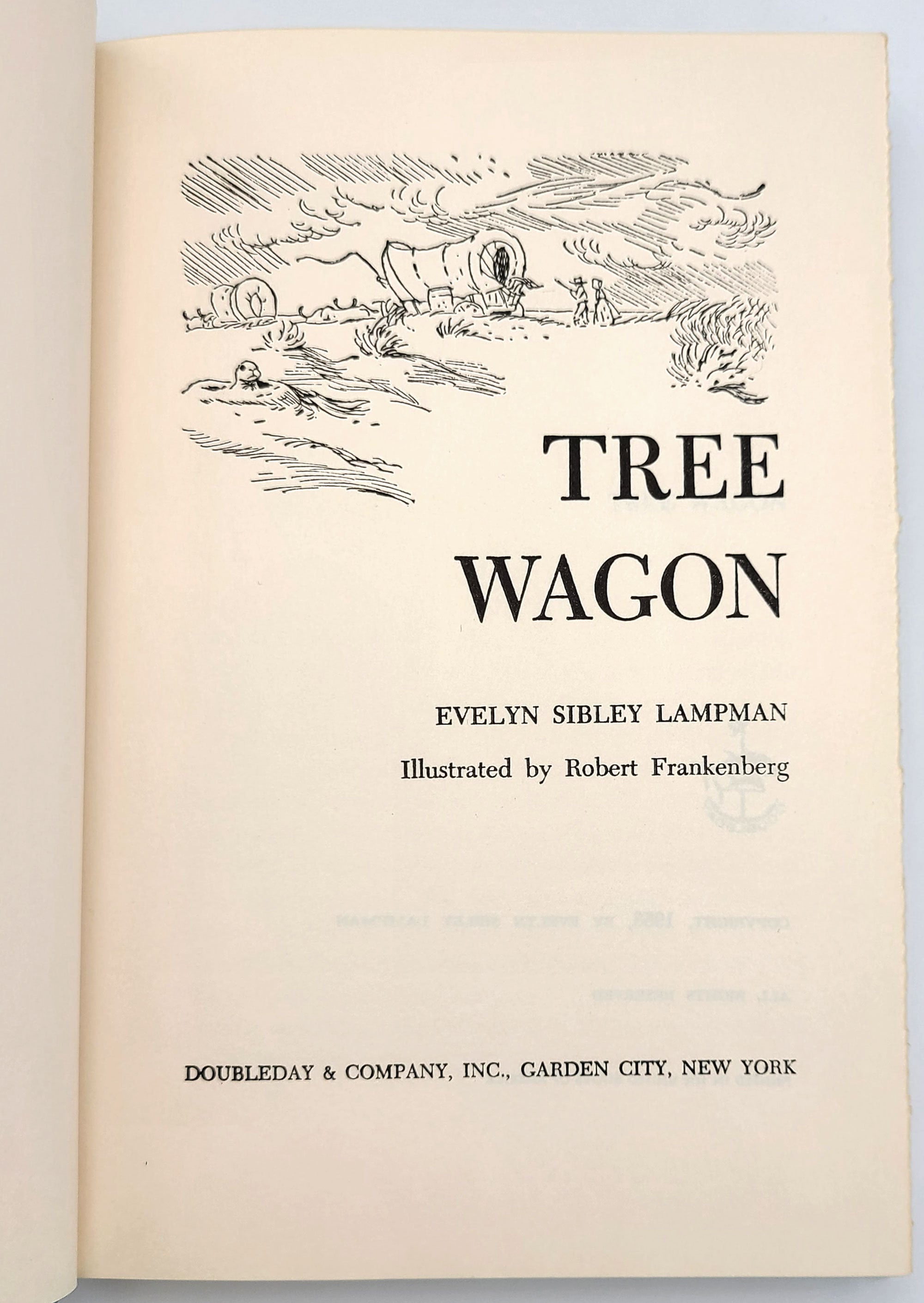 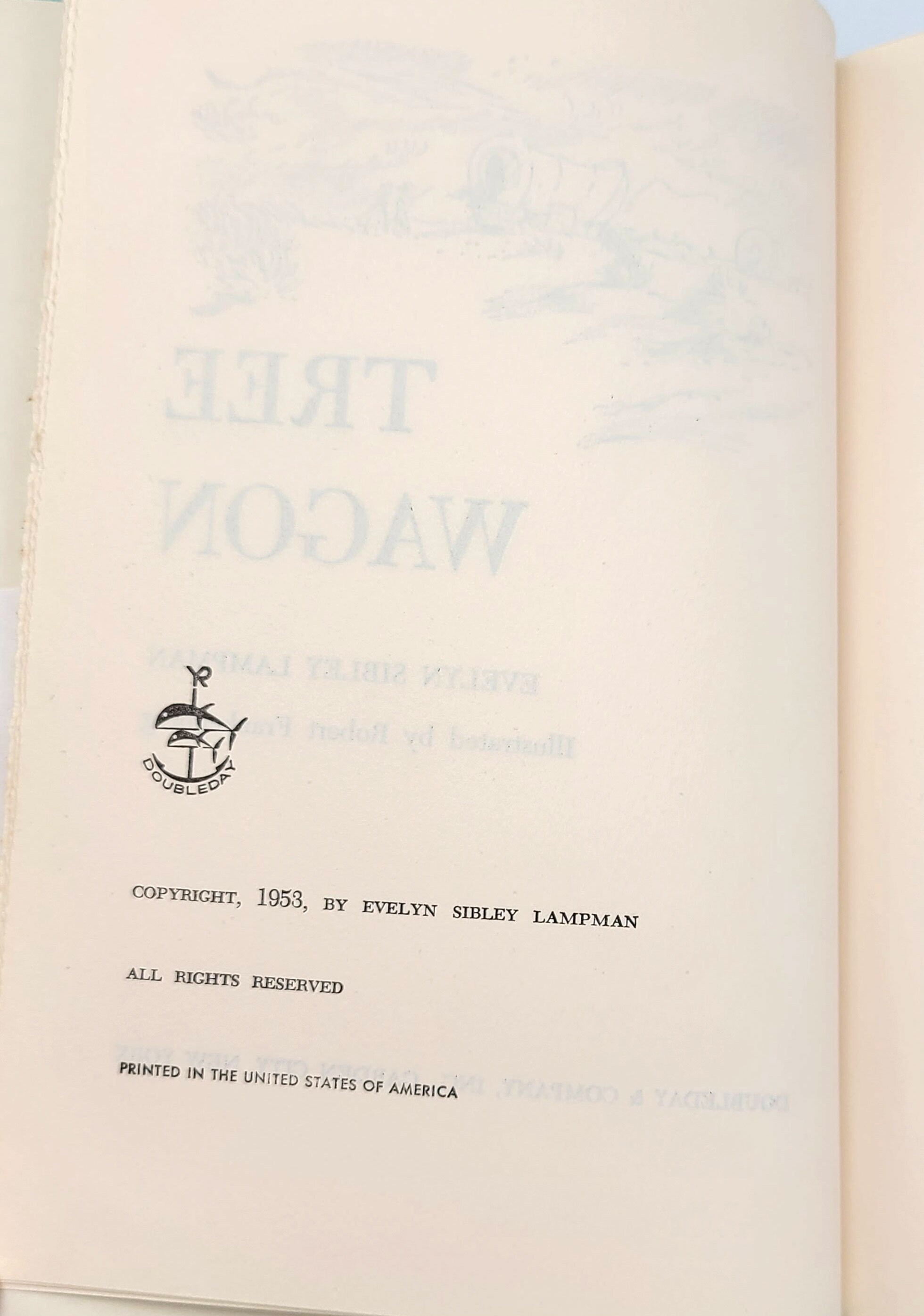 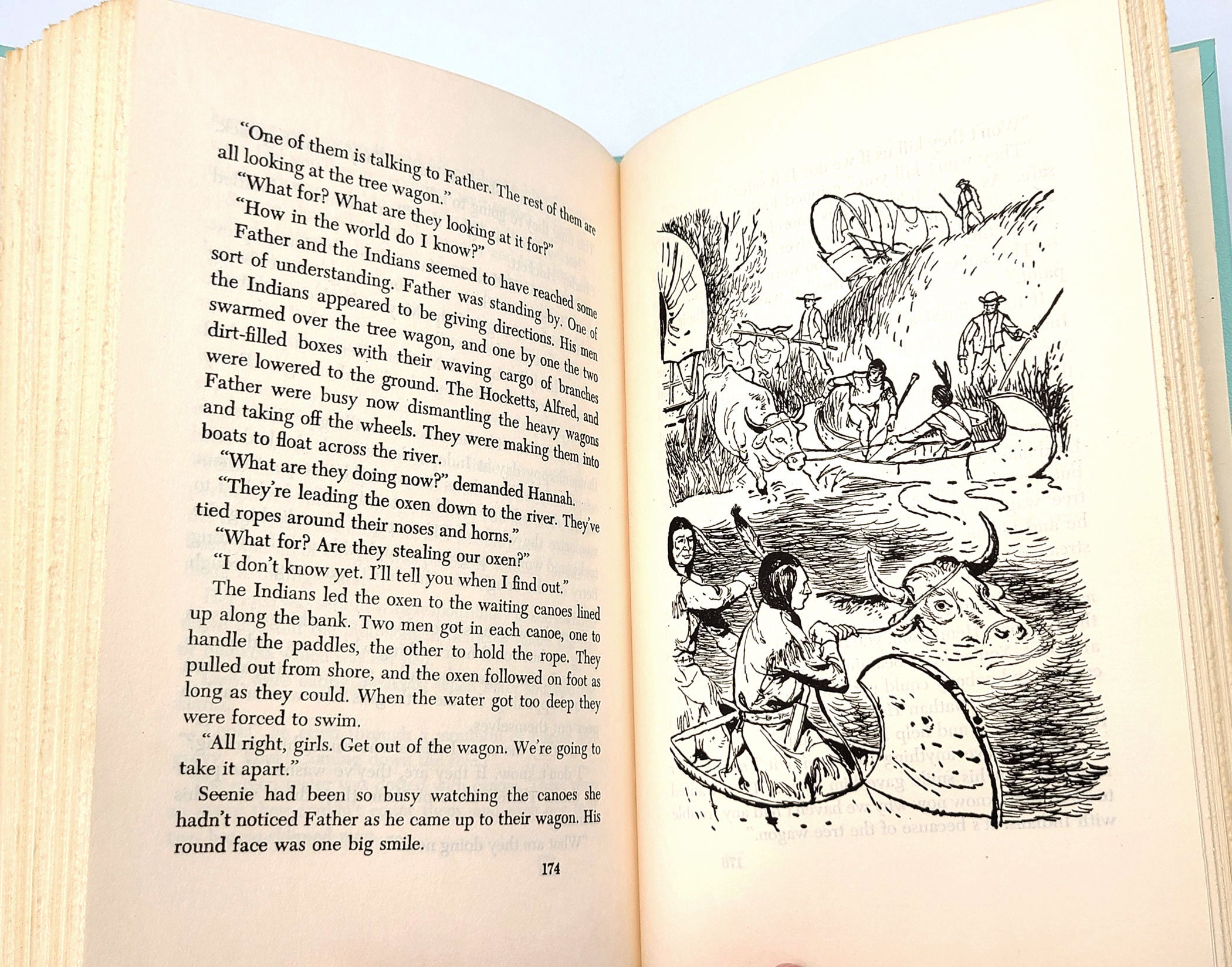 Tree Wagon is based on the Oregon Trail story of 12-year old Seenie (Asenath) Luelling, whose father Henderson Luelling, brought about 700 fruit trees and berry bushes with him when he came to Oregon by covered wagon in 1847. In researching the story, Evelyn Lampman worked with Charles Luelling (Asenath's nephew) and had access to his mother's Oregon Trail memoirs.

The gift inscription indicates that it was presented by Telaventure Tales, a Saturday morning TV program produced by Seattle's KING5 between 1951 and 1967. The show promoted literacy and was hosted by the Peabody Award-winner "Story Lady," Ruth Prins. Each week, eight hand-picked schoolchildren from Seattle (and sometimes Portland) would appear on the show. It is likely that the recipient of this copy of Tree Wagon appeared on an episode recorded in July 1963.