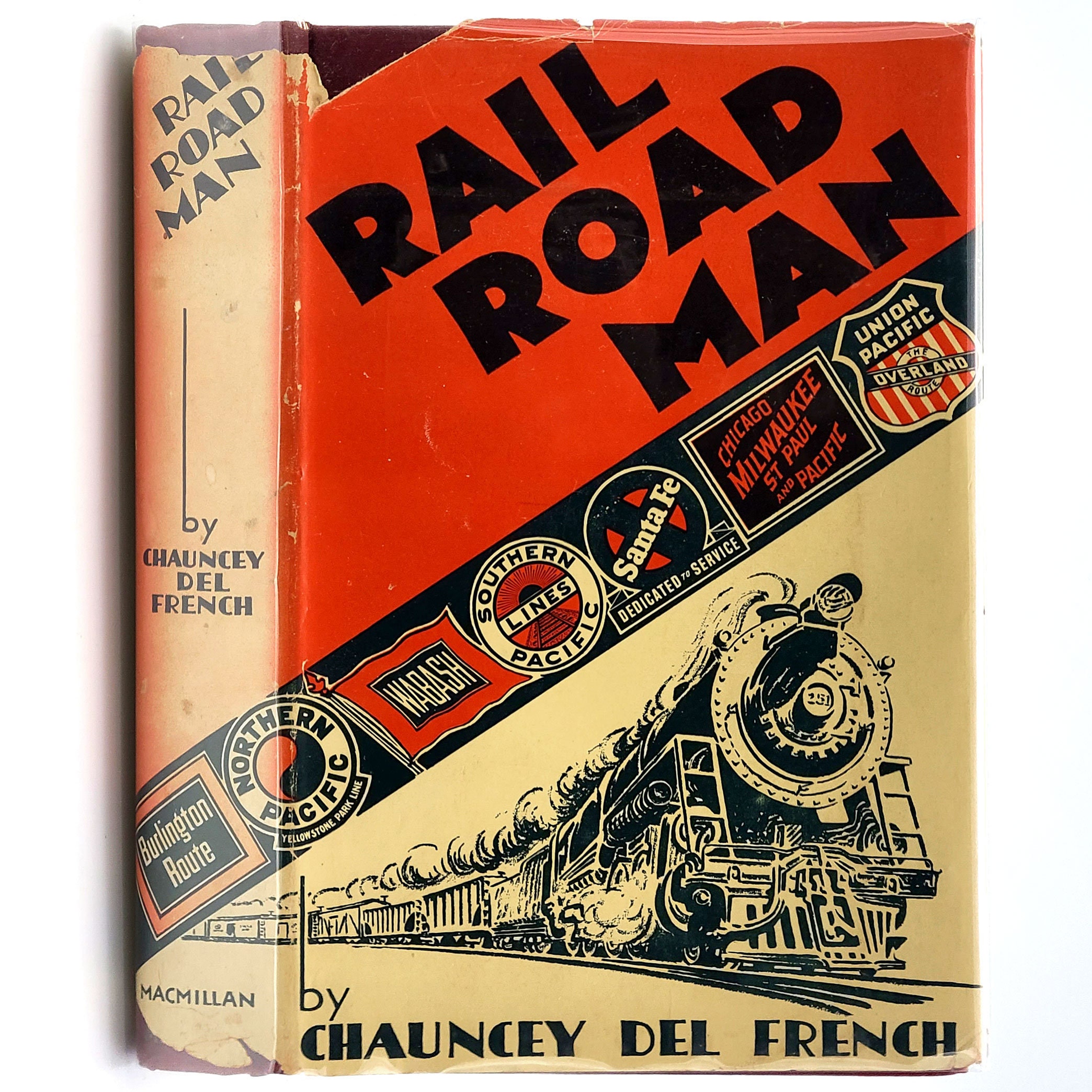 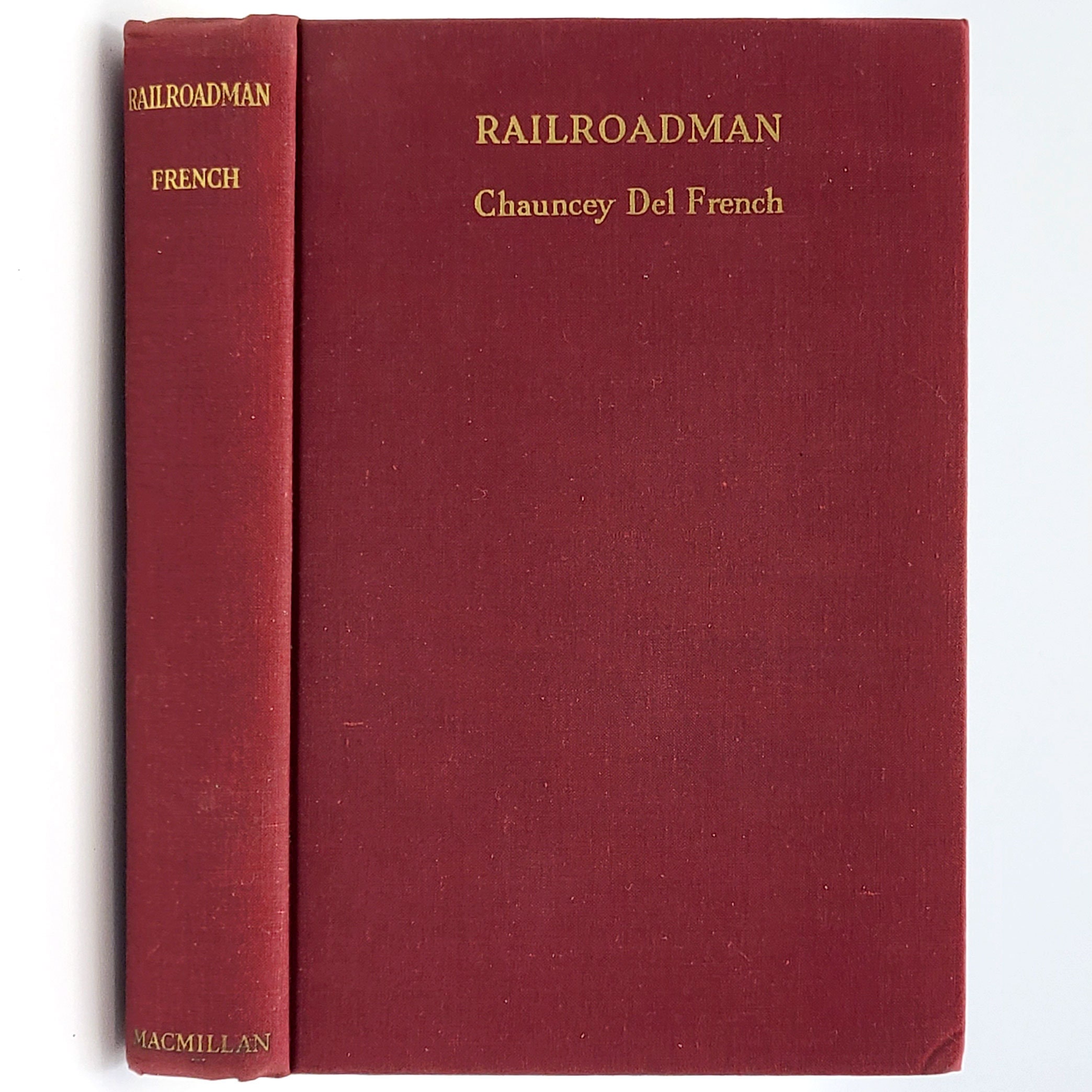 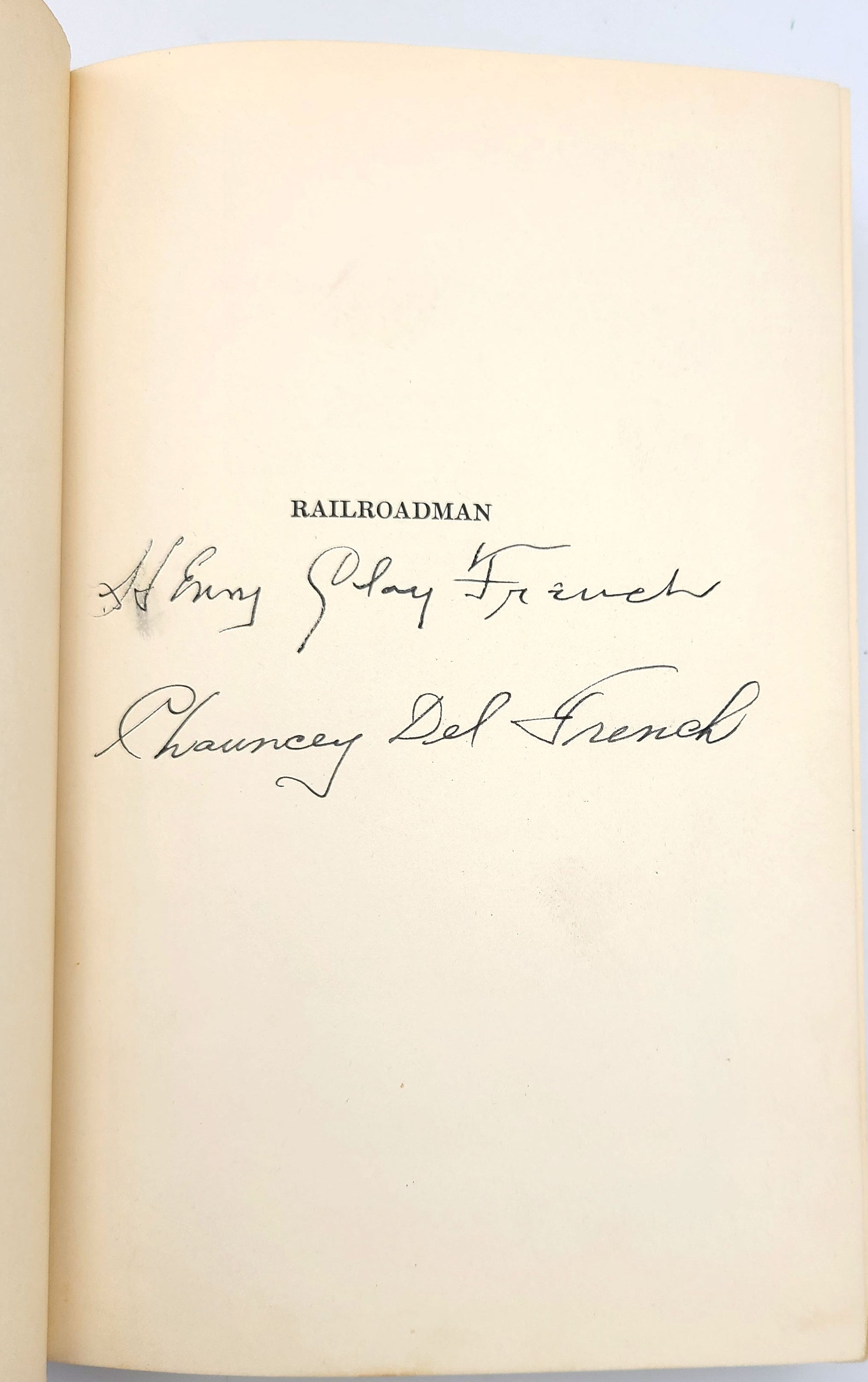 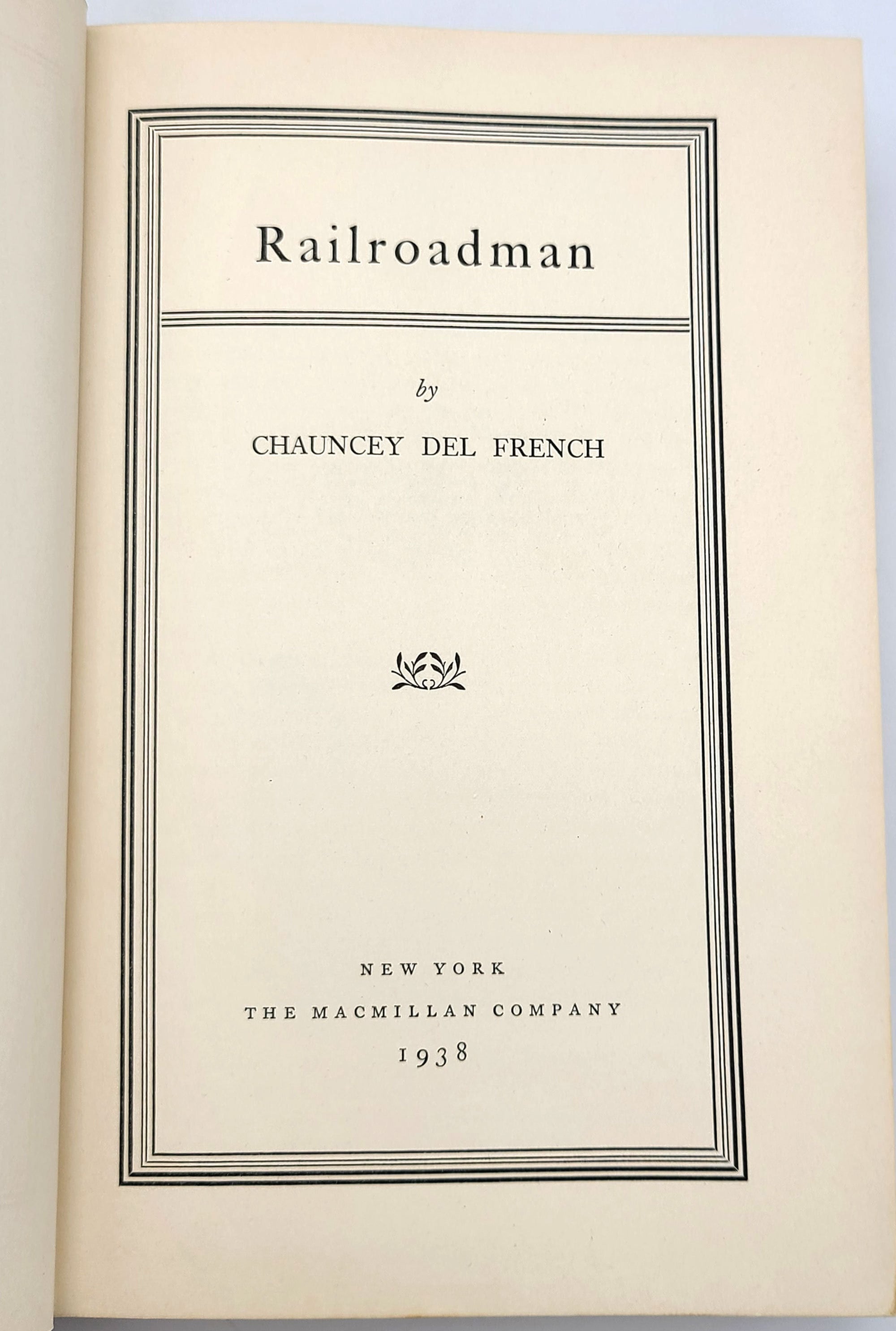 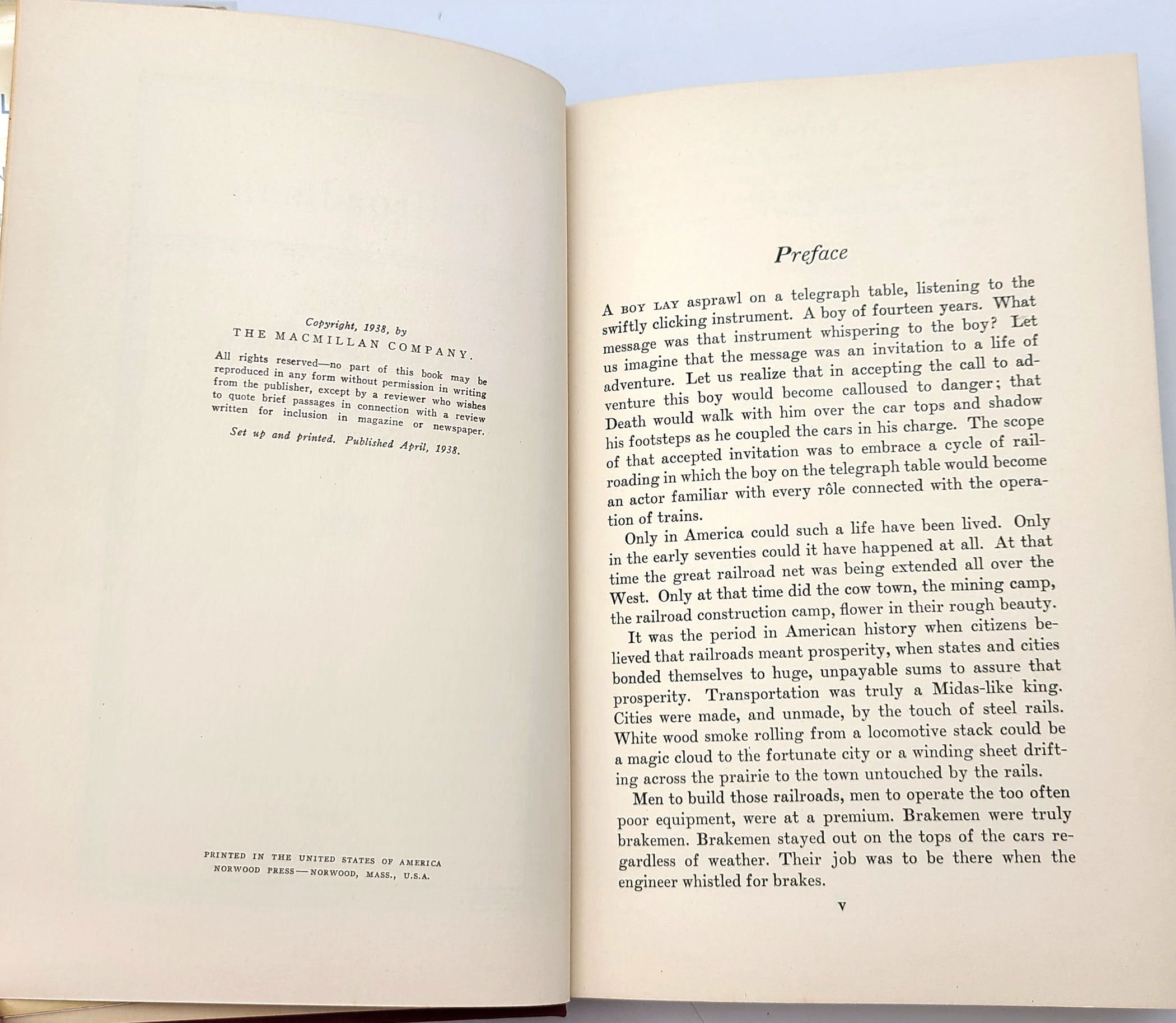 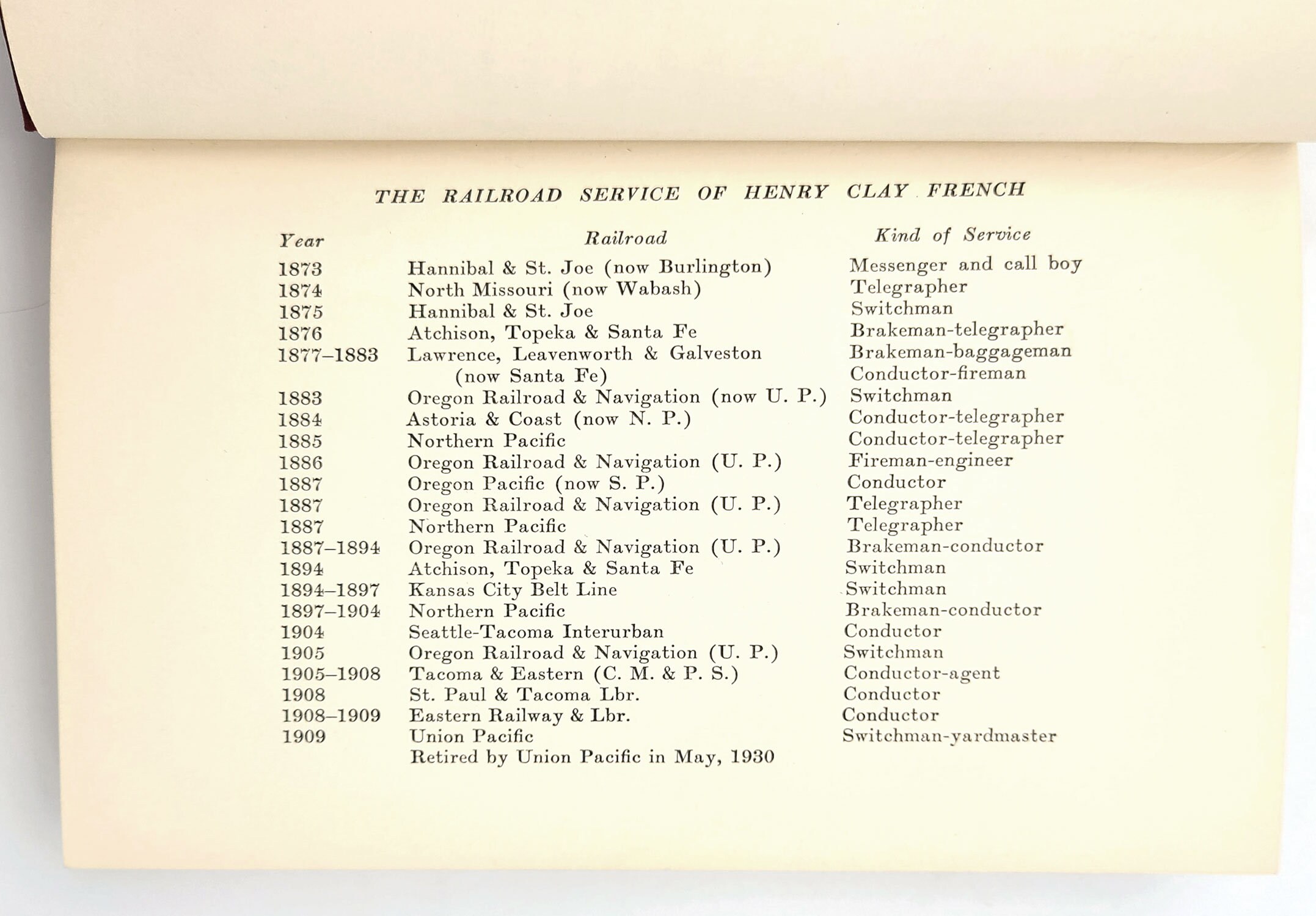 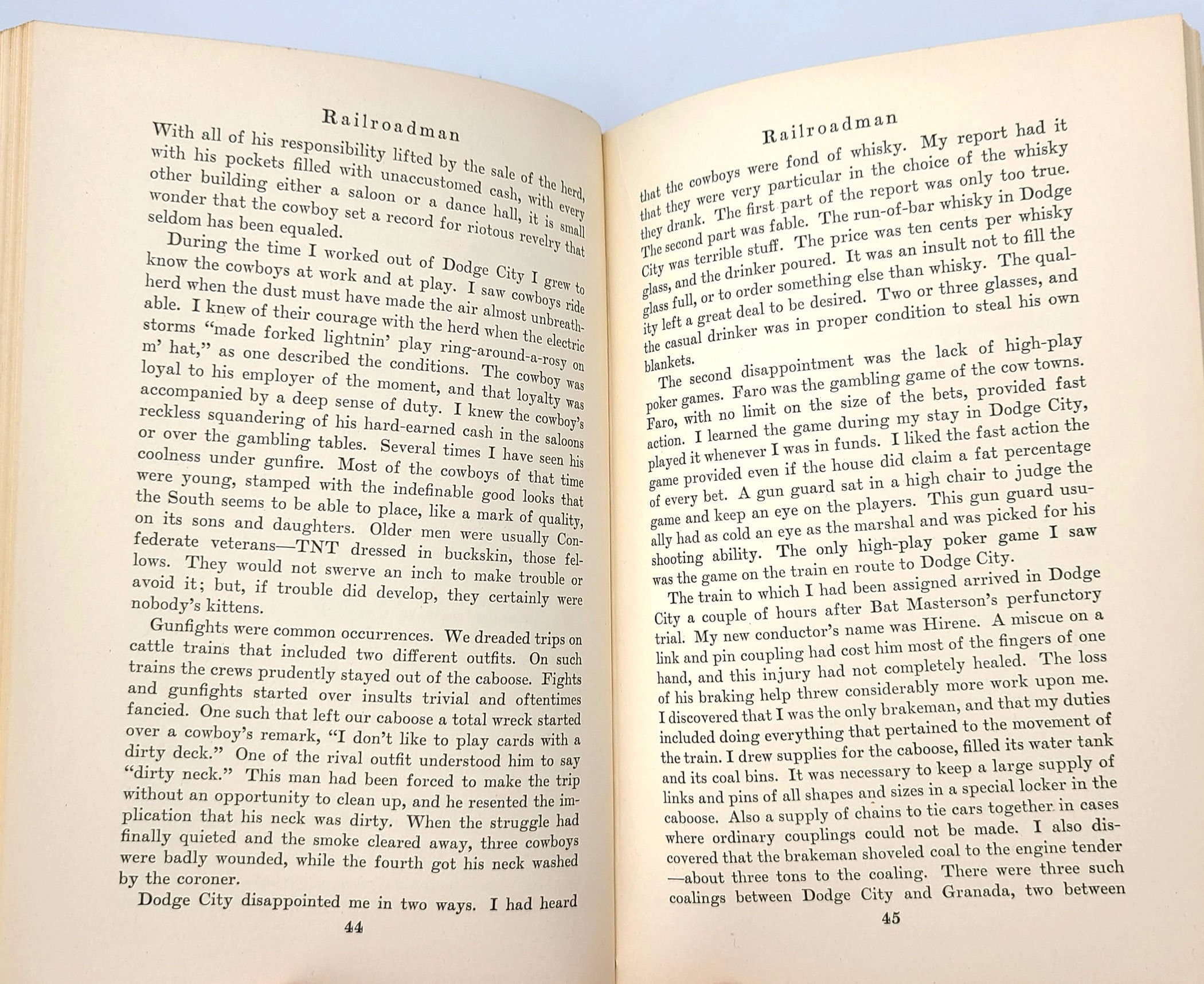 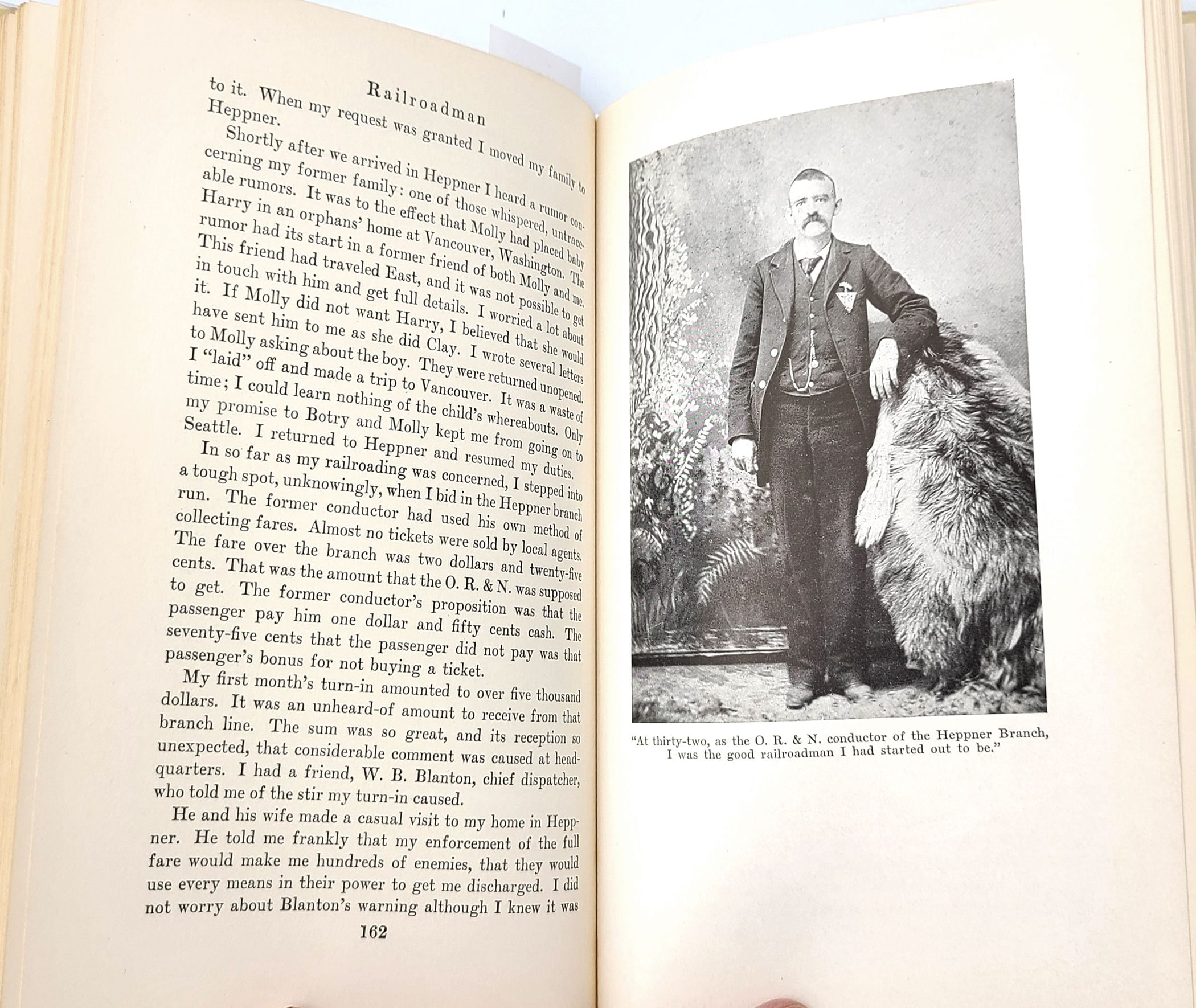 The story of western railroad man Henry Clay French (1856-1945), as told to his son Chauncey French (1890-1967). Henry French began his railroad career in 1873 as a messenger and call boy for the Hannibal and Saint Joseph Railroad. He saw almost 57 years of service on fifteen different lines (with his longest stints being with the Lawrence, Leavenworth & Galveston Railroad, Oregon Railroad & Navigation, the Kansas City Belt Line, Northern Pacific, Tacoma & Eastern Railroad, and Union Pacific) prior to his retirement in 1930. He served in many capacities, including telegrapher, baggageman, switchman, brakeman, fireman-engineer, conductor, and yardmaster.