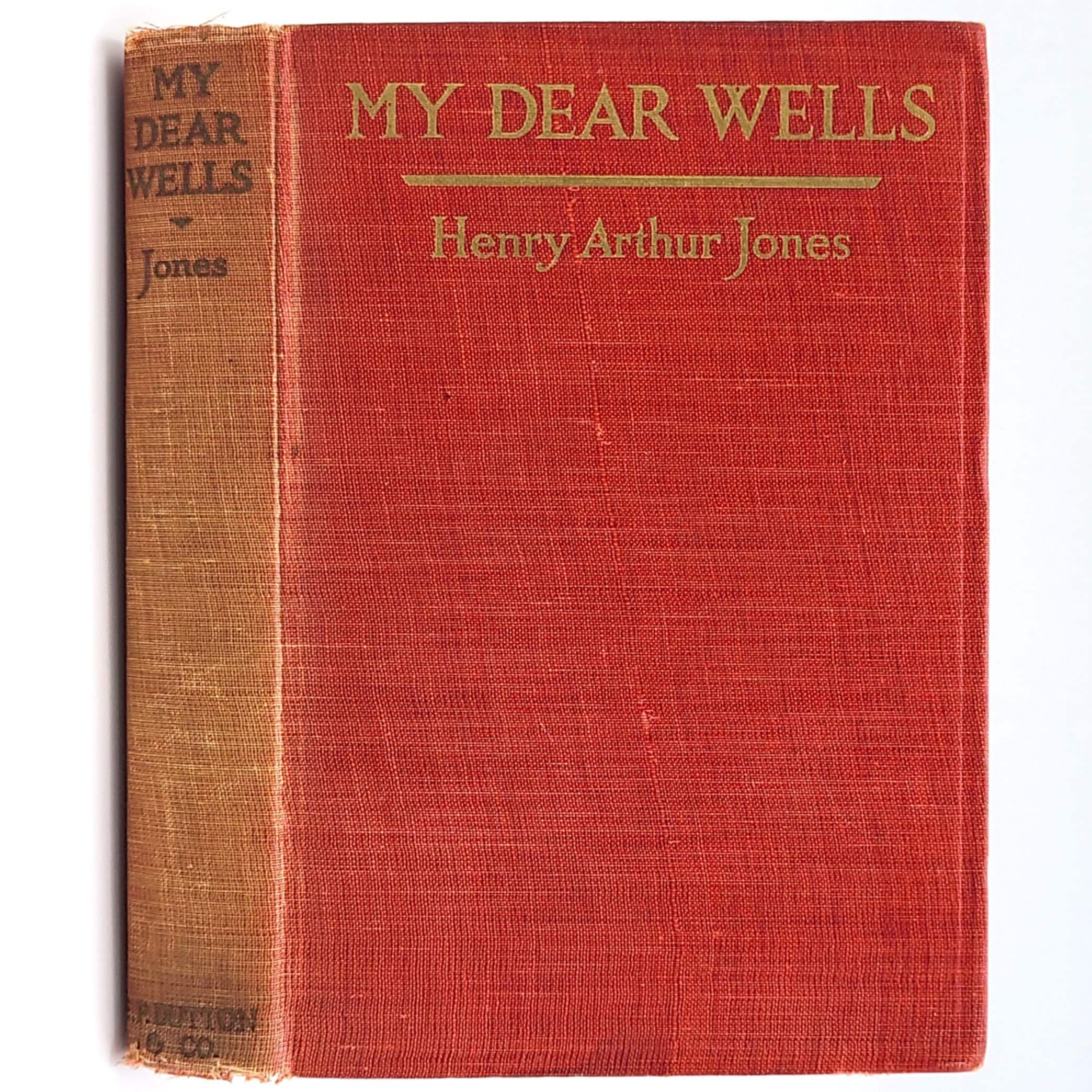 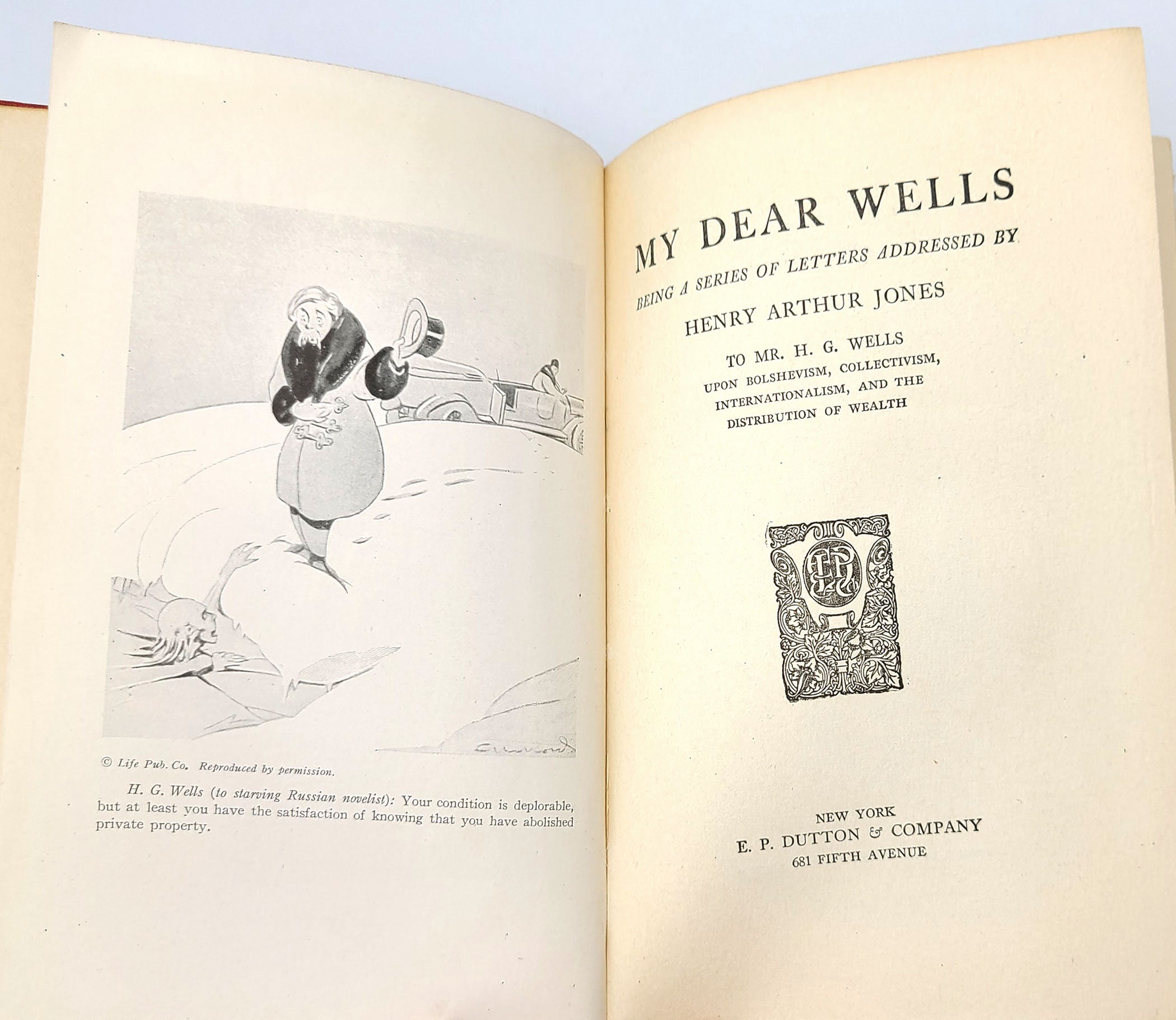 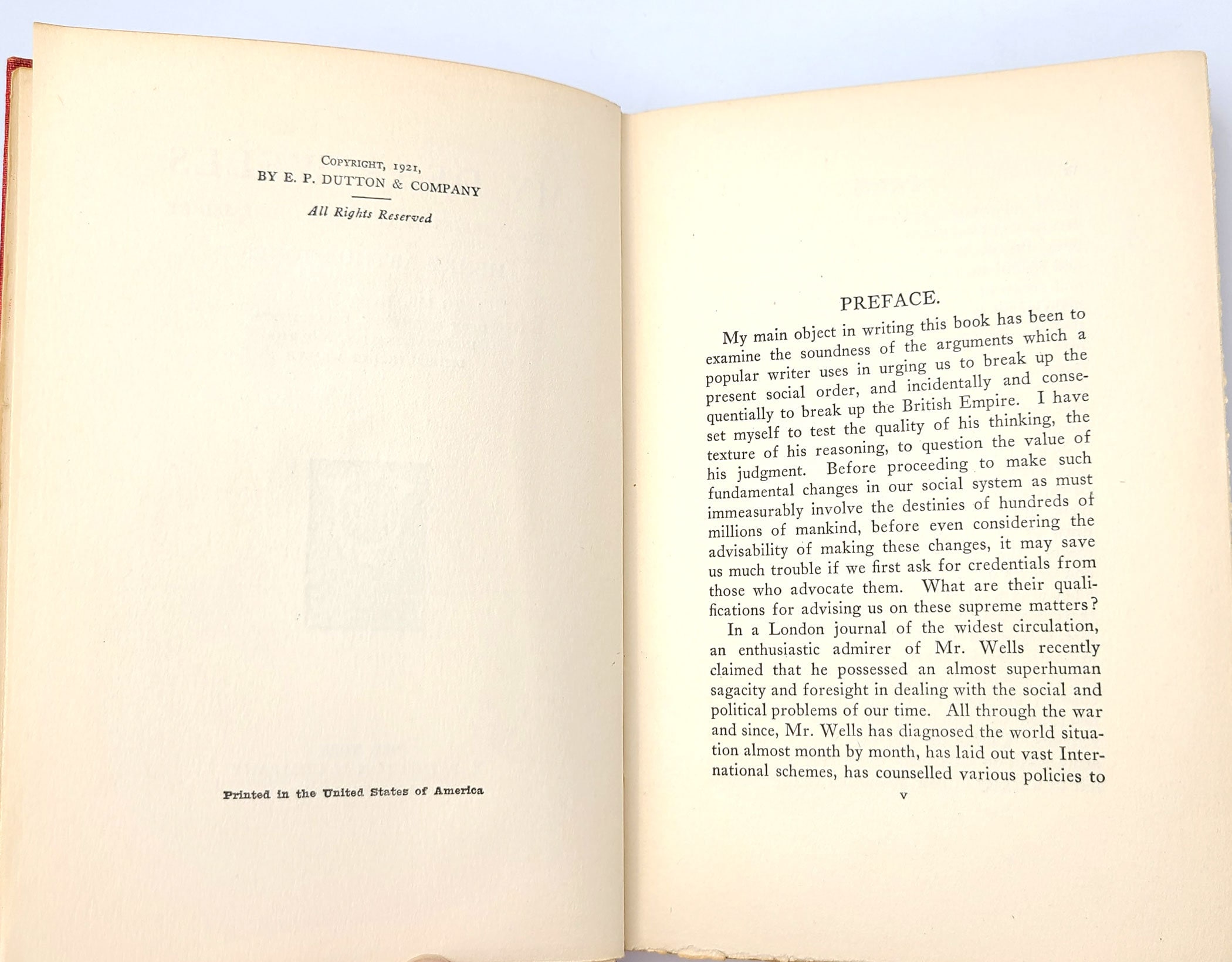 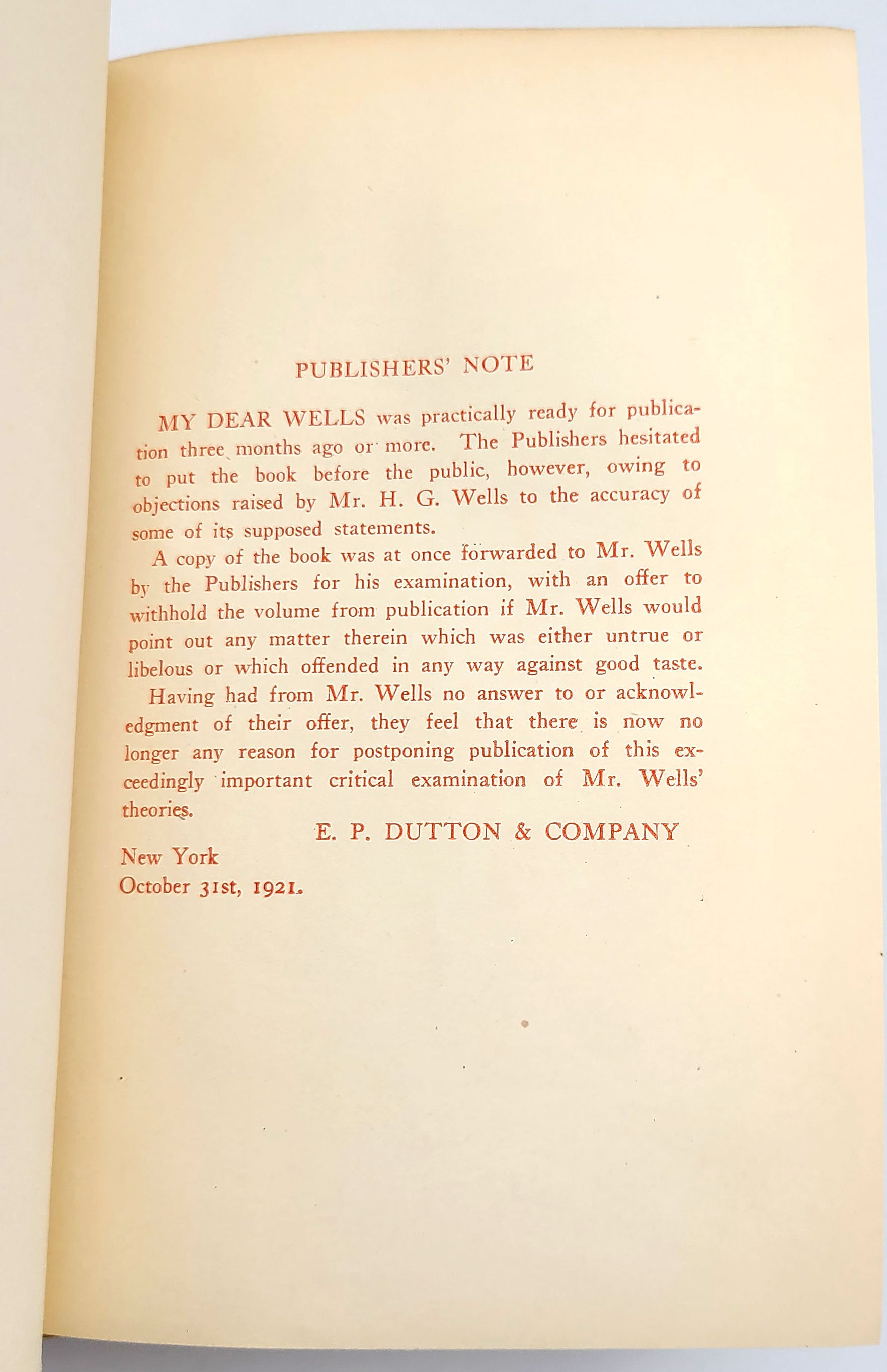 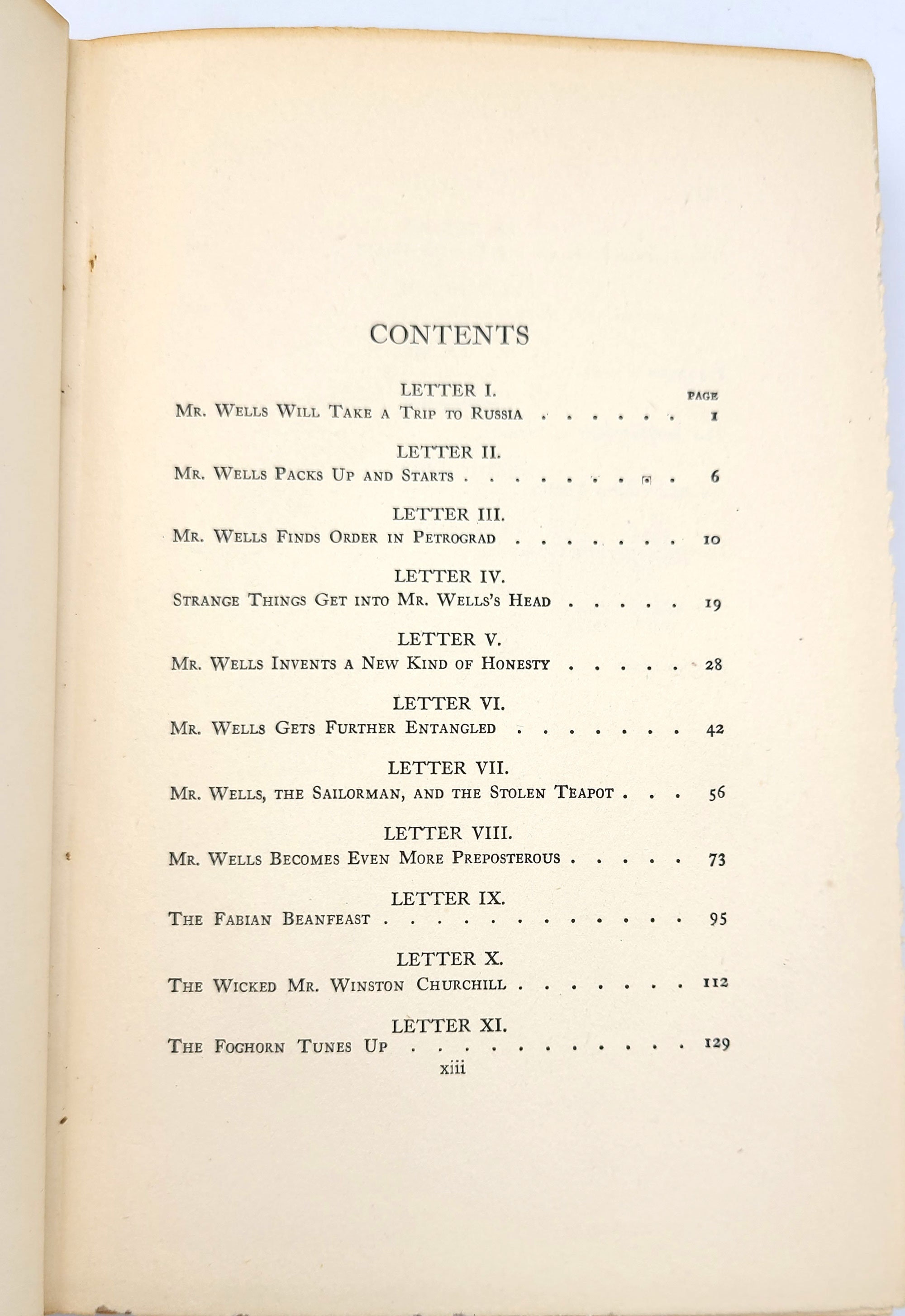 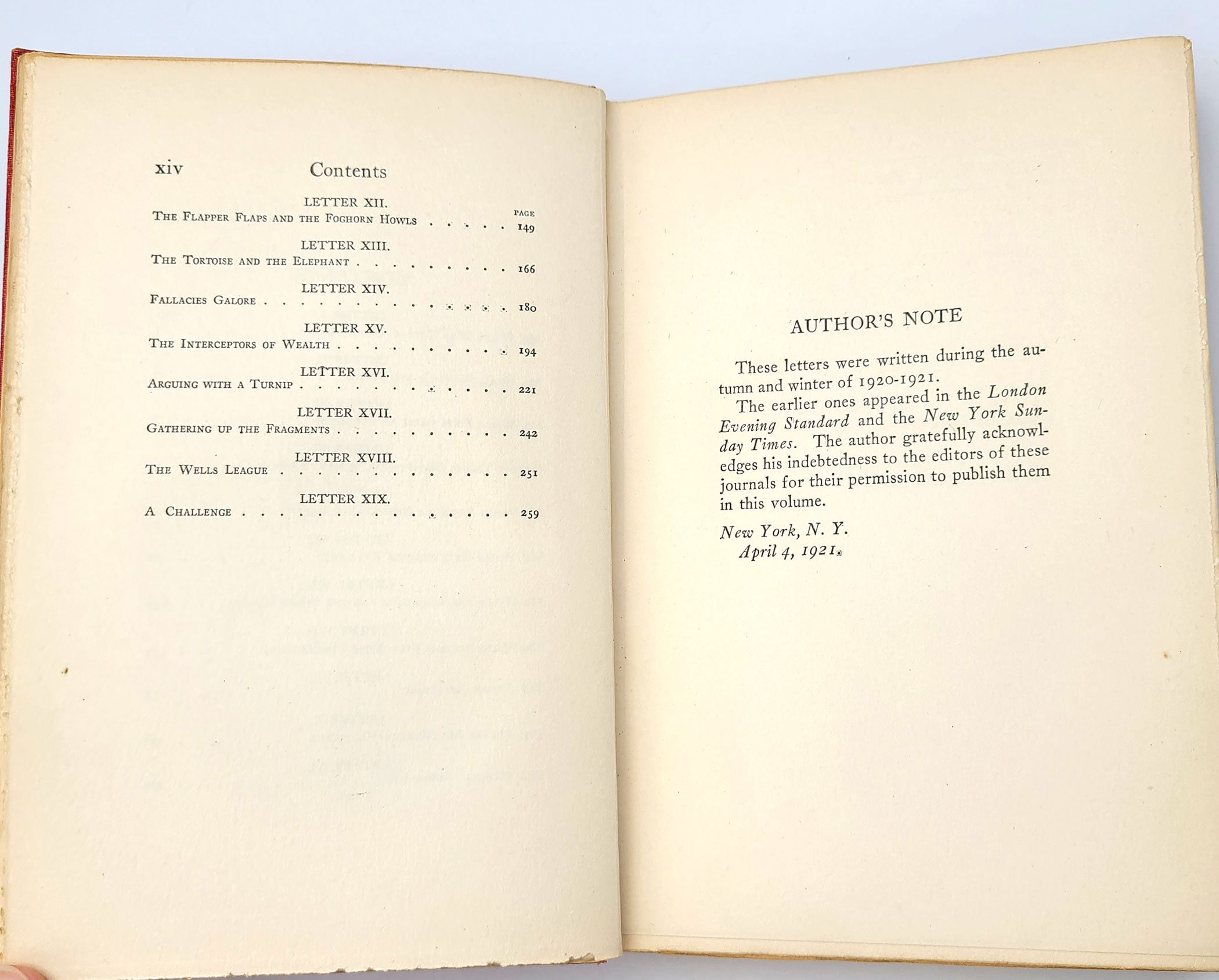 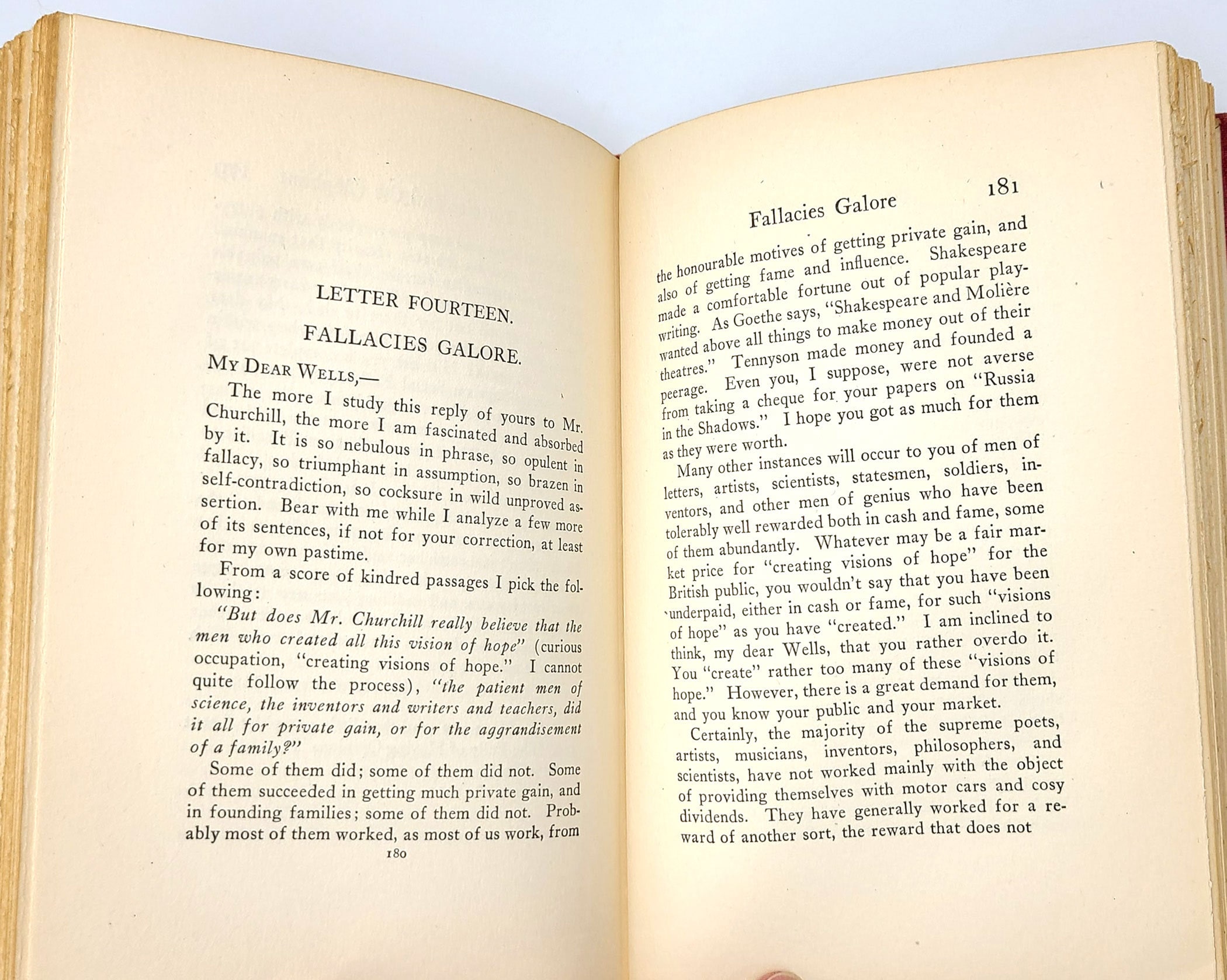 Title: My Dear Wells: Being a Series of Letters Addressed by Henry Arthur Jones to Mr. H. G. Wells upon Bolshevism, Collectivism, Internationalism, and the Distribution of Wealth

Description: Red cloth boards with gilt lettering. Spine is a bit faded and shows fraying at its ends; small spot of soiling on rear board. Interior is clean and unmarked. Pages are unopened/uncut. Laid-in is the 19-page, staple-bound "Publisher's Note". xiv, 271 pages. 8.25 x 5.5 inches.

The collection of Henry Arthur Jones' open letters to H. G. Wells, written in the autumn-winter of 1920-21, opposing Wells' ideas concerning Bolshevism, collectivism, private property, internationalism, and the distribution of wealth. Some of the letters had appeared at the time in the New York Sunday Times and the London Evening Standard.

The "Publisher's Note" includes the text of two additional letters written by Jones (which appeared in the London Daily Mail) regarding this book's publication, Jones' opinion of Wells' published responses, and the text of Wells' bitingly dismissive letter addressed to Jones' secretary.

Henry Arthur Jones (1851-1929) was an English dramatist who, later in life, also wrote in opposition to the political ideas of George Bernard Shaw and H. G. Wells during and after the first World War.