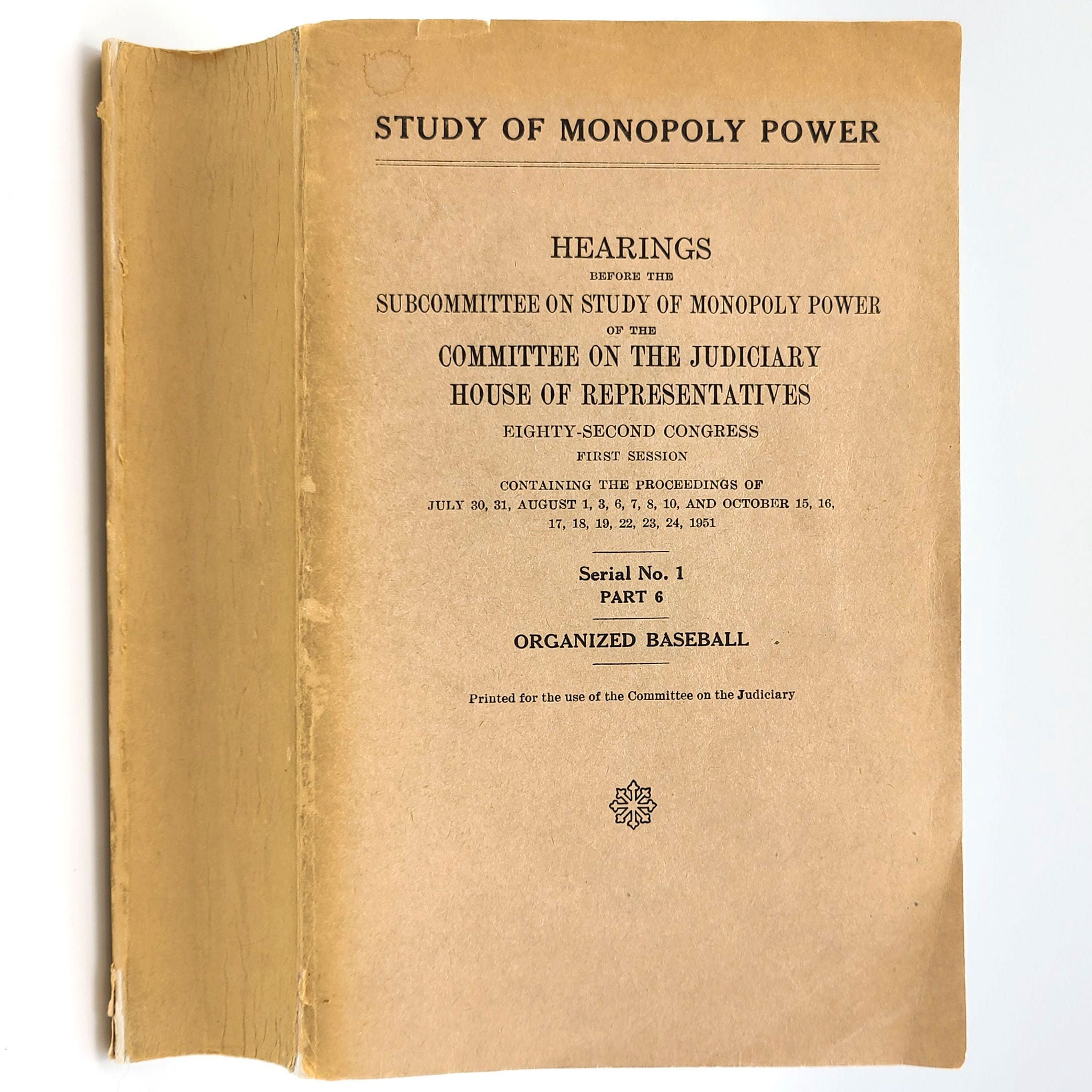 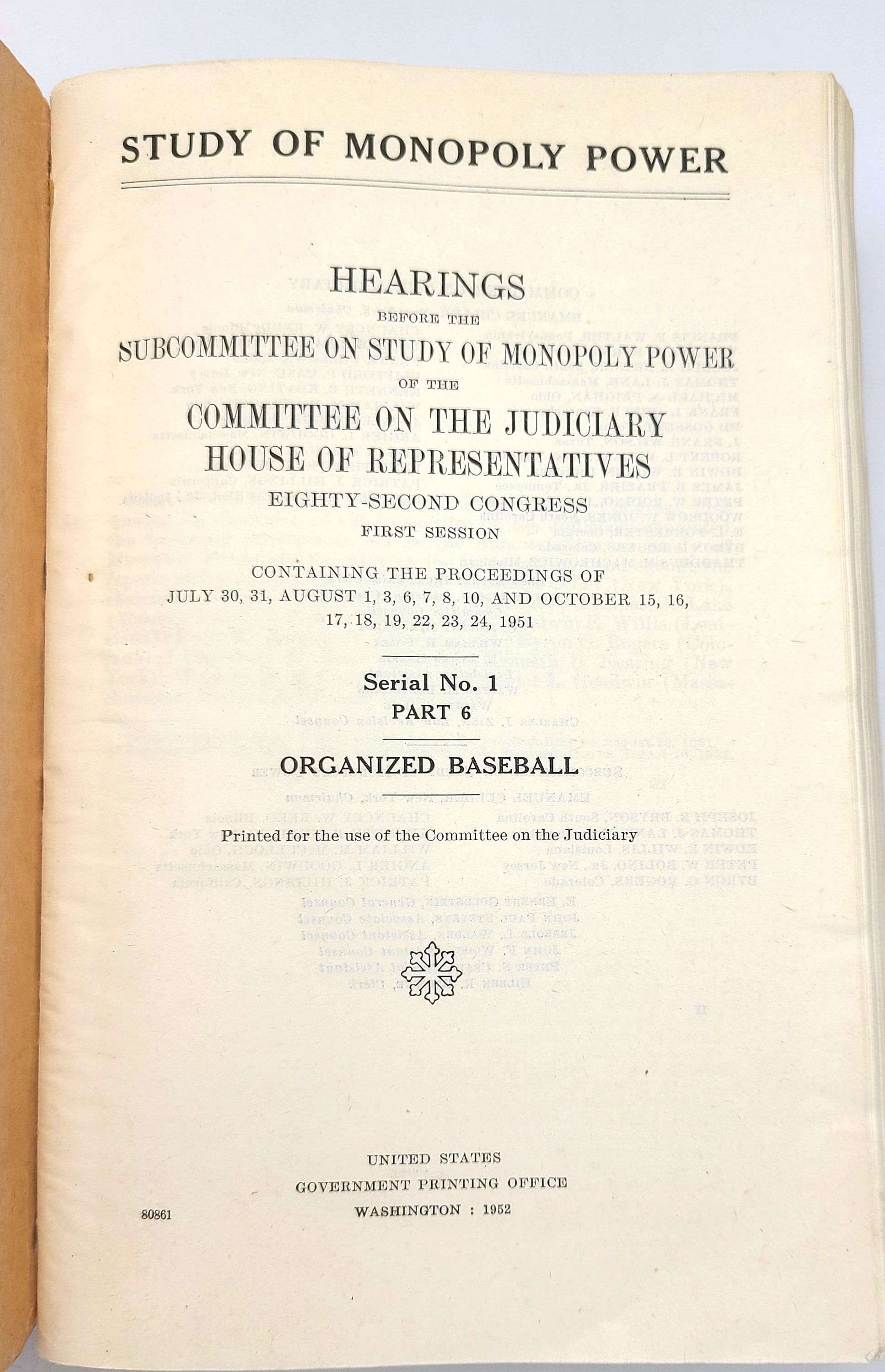 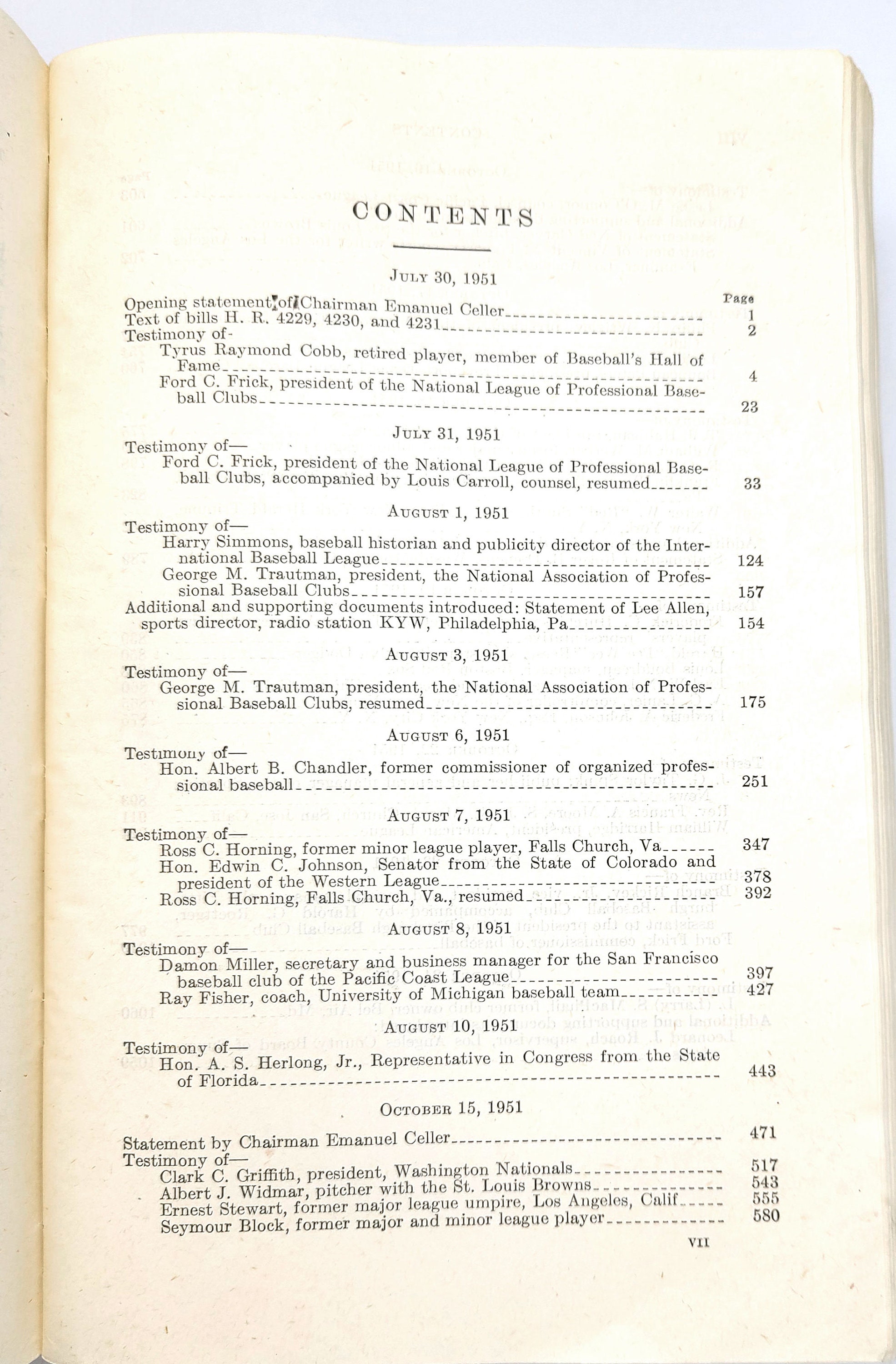 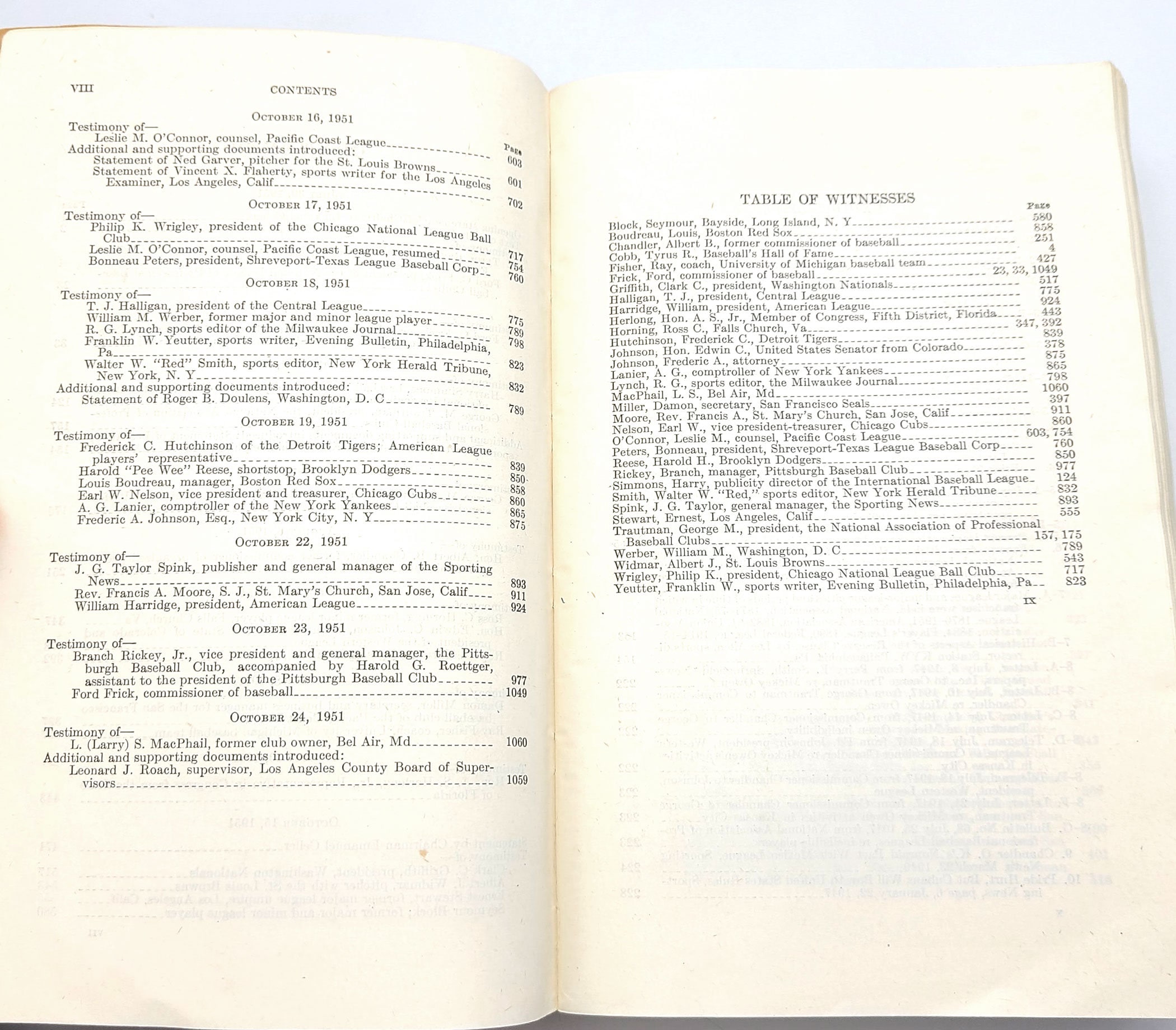 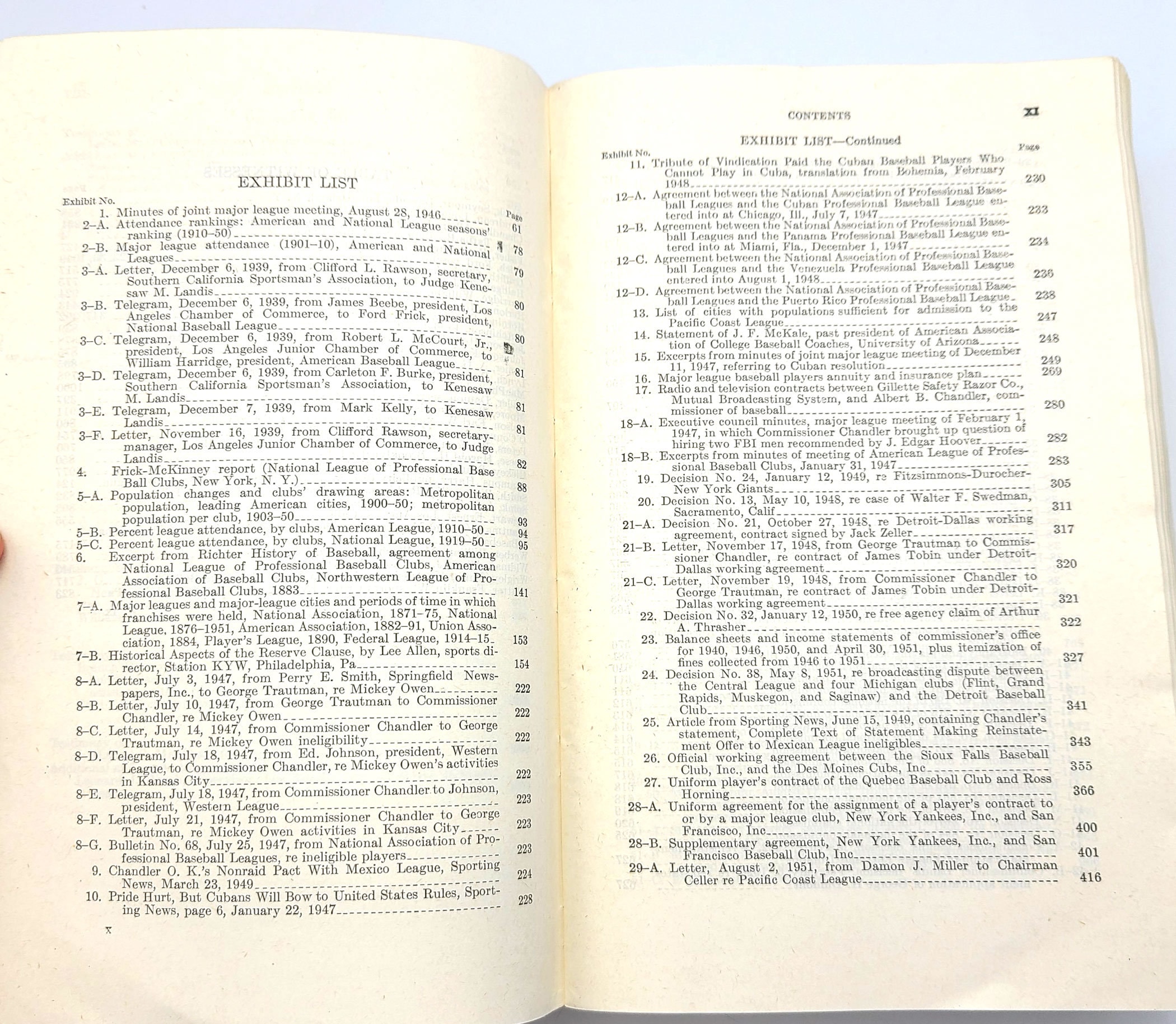 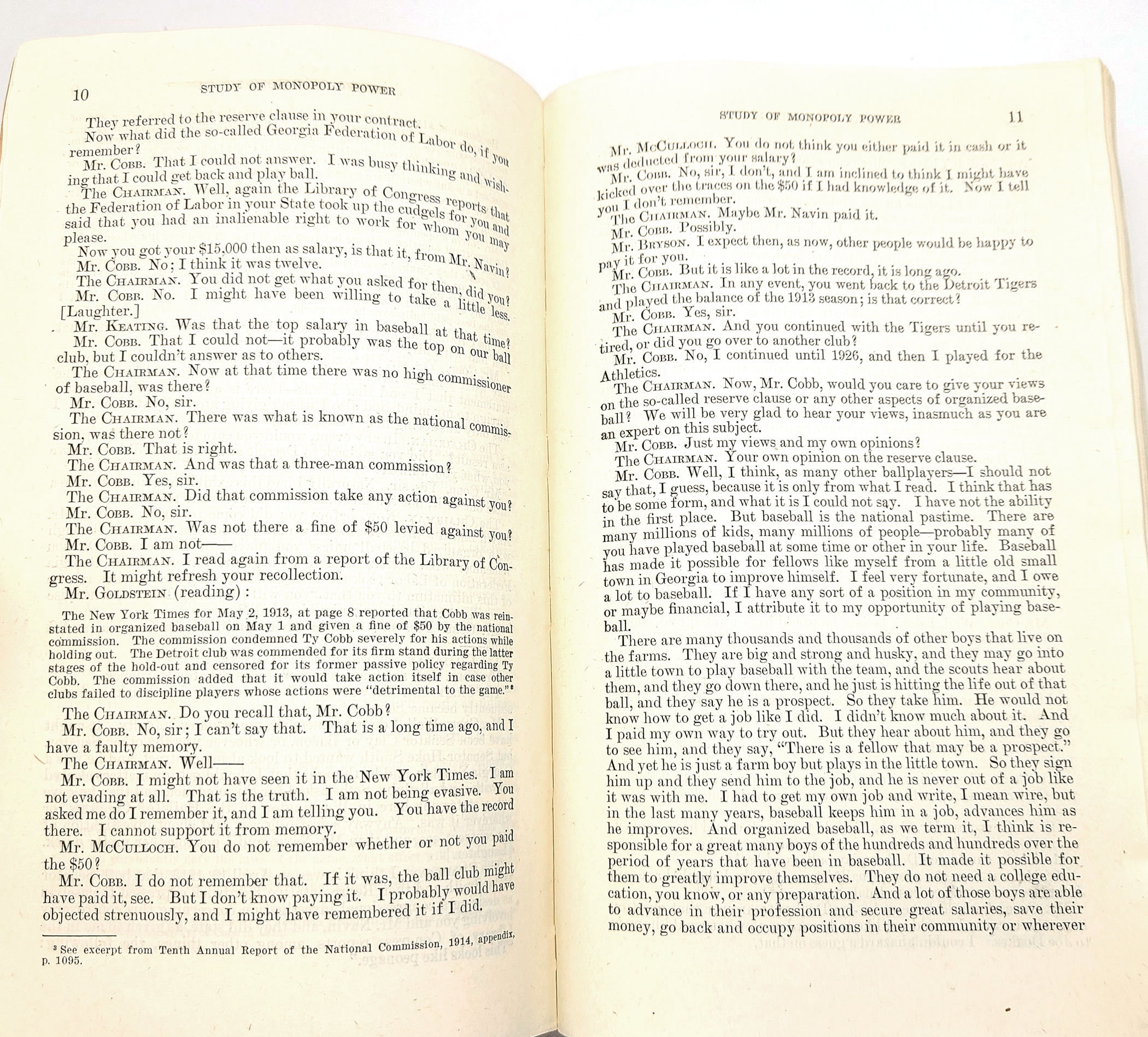 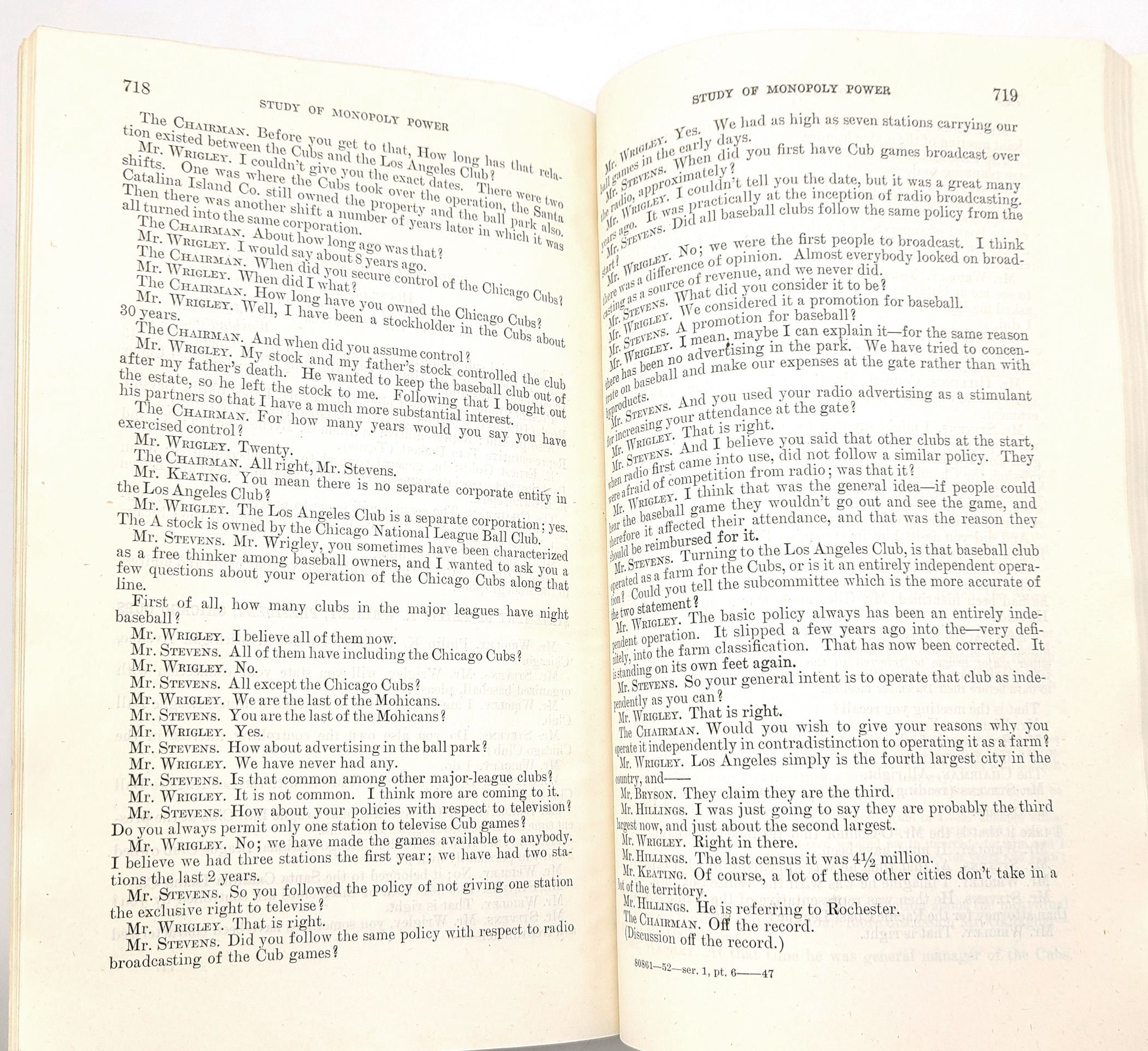 The extensive transcript (with exhibits) of sixteen days of Congressional hearings on the issue of monopoly power in organized baseball. The hearings were held during in the months of July, August, and October, 1951.

Organized Baseball was the 6th volume of Serial No. 1 (as published by the House of Representatives' Judiciary Subcommittee on the Study of Monopoly Power, 82nd Congress, First Session).