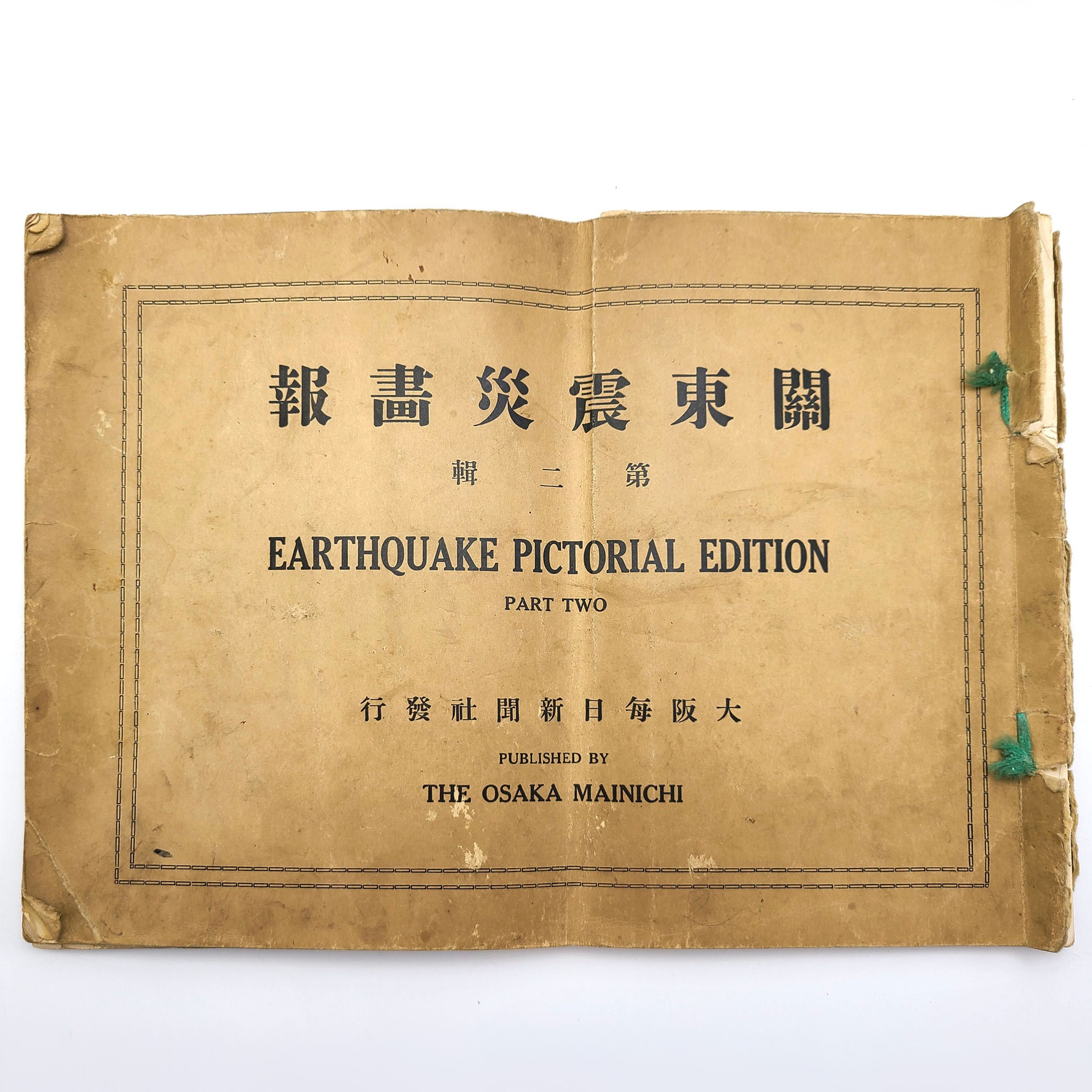 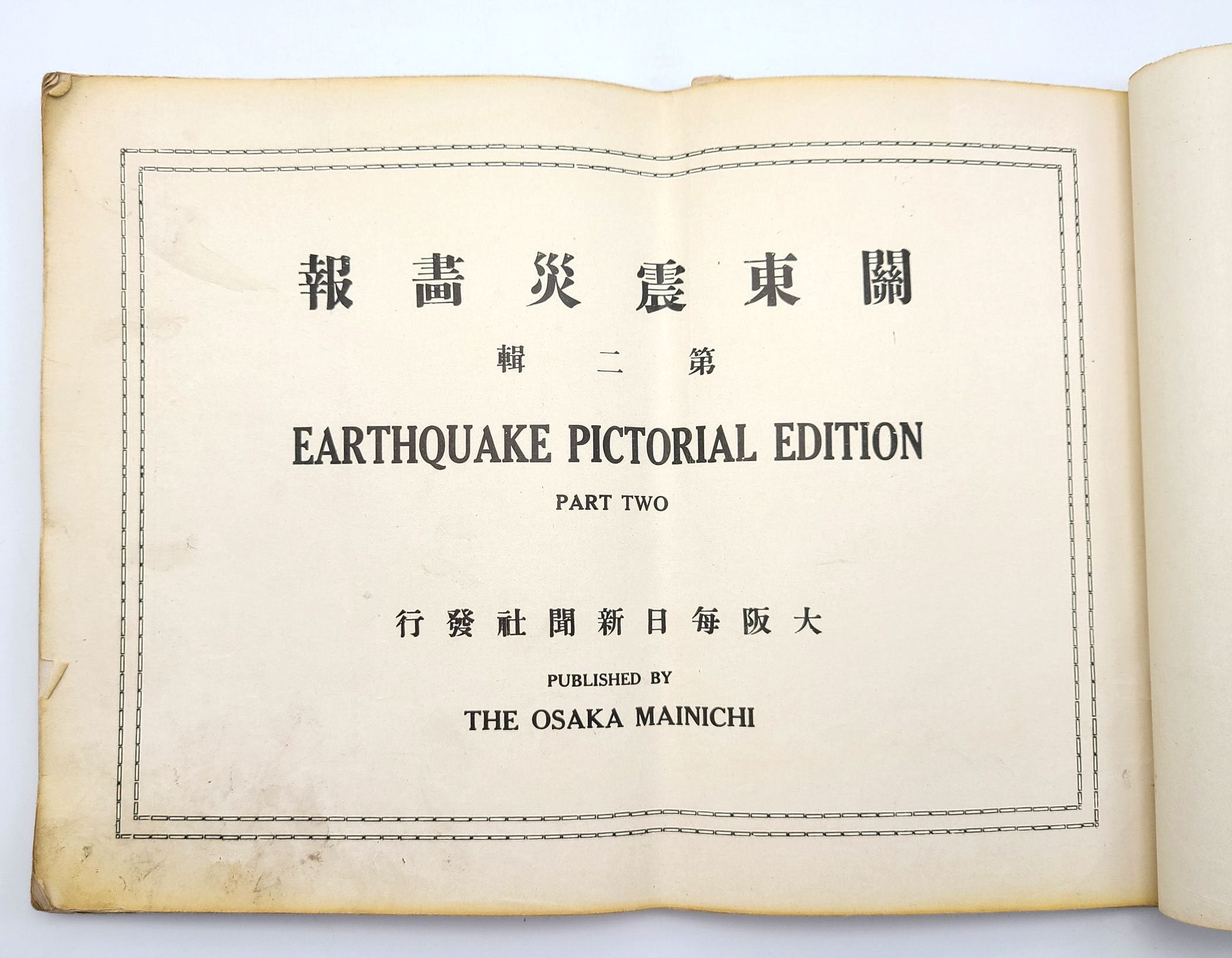 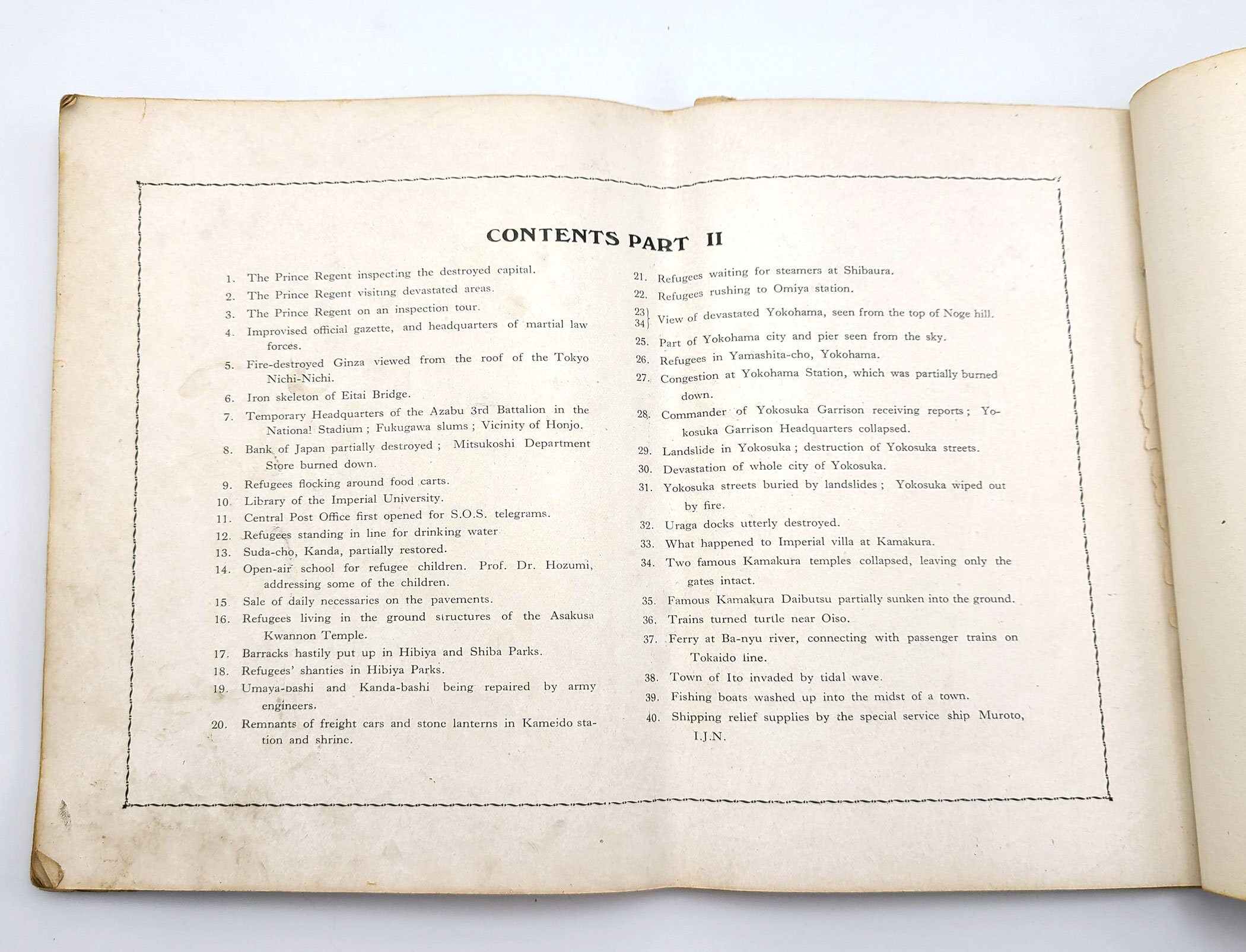 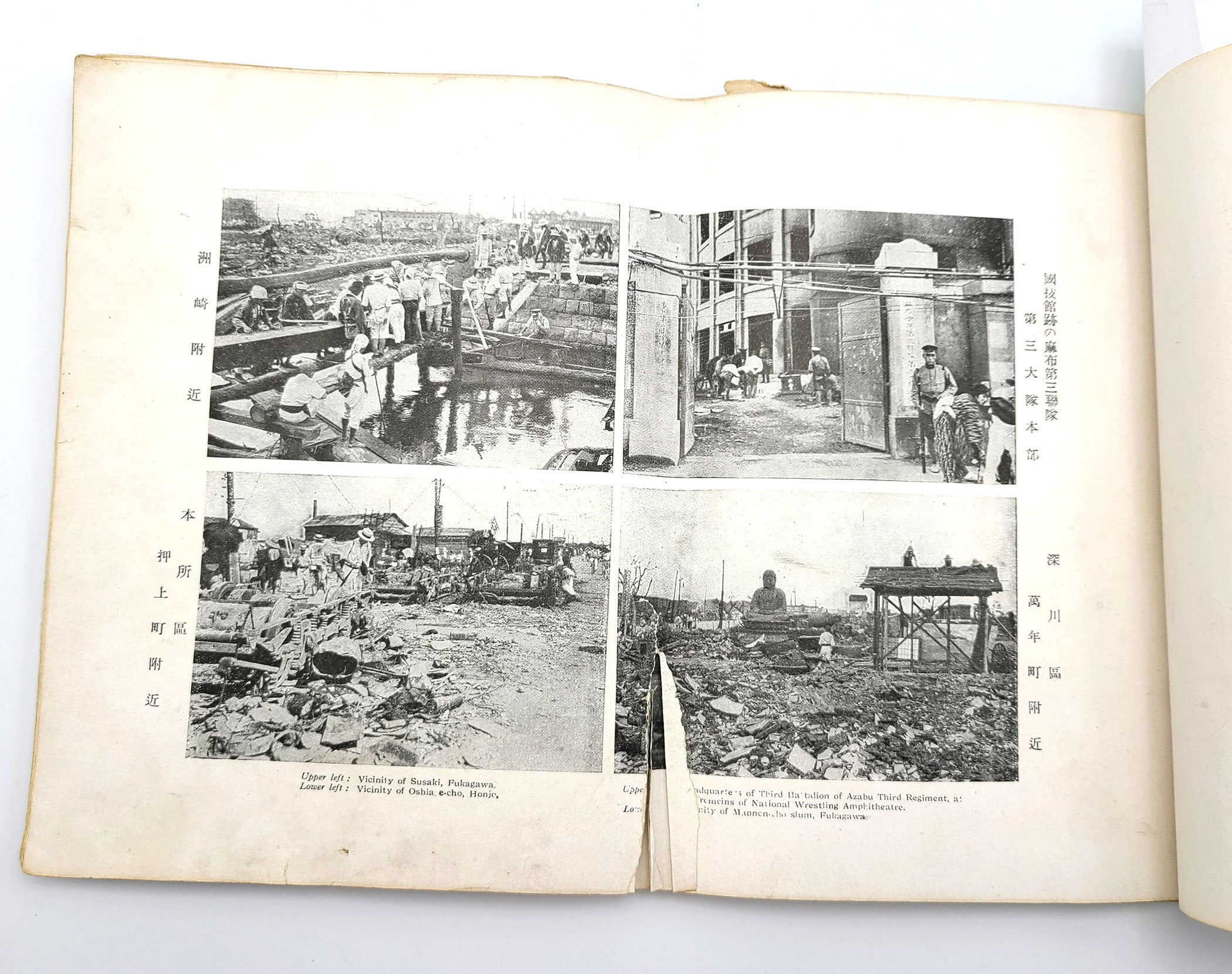 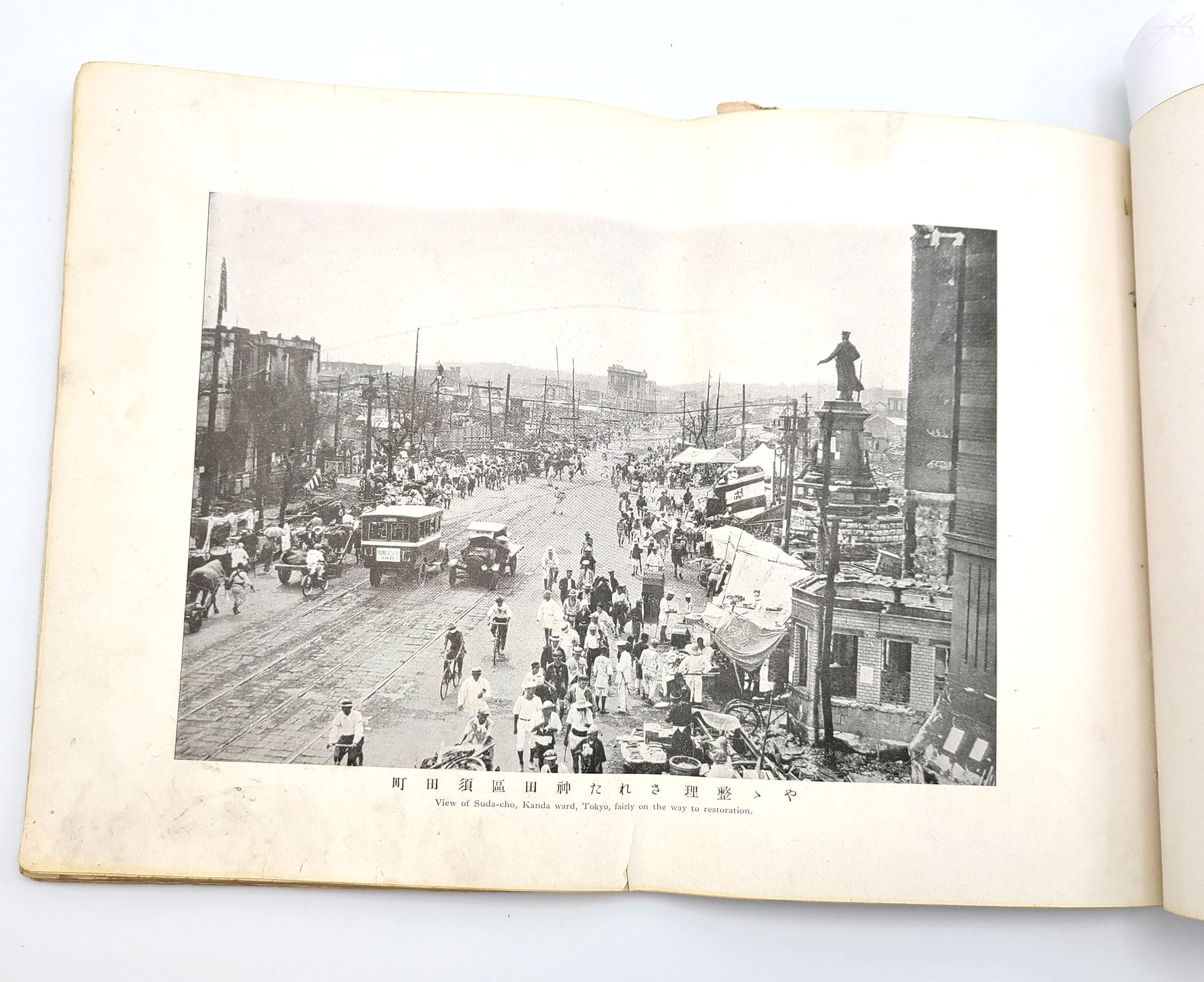 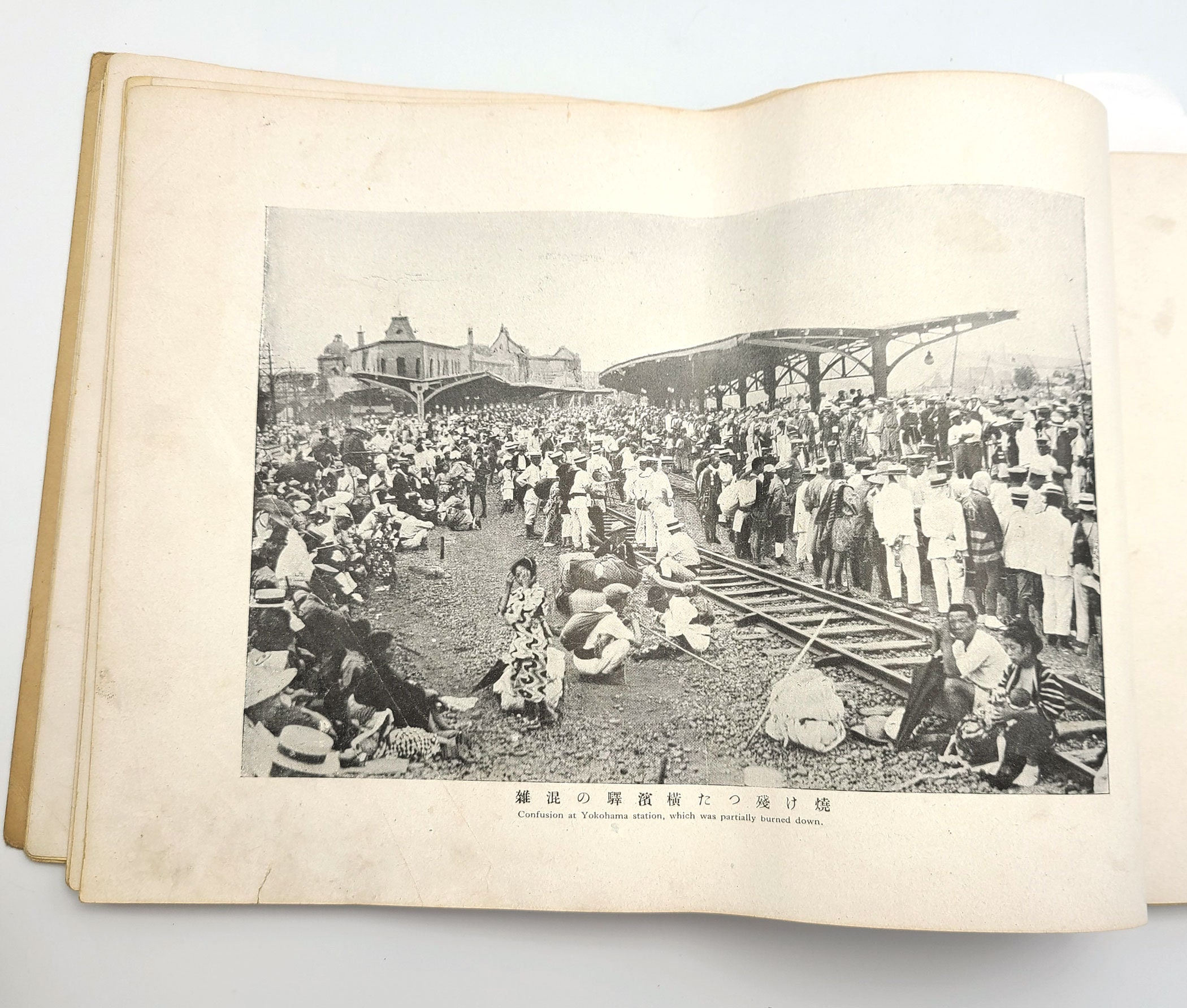 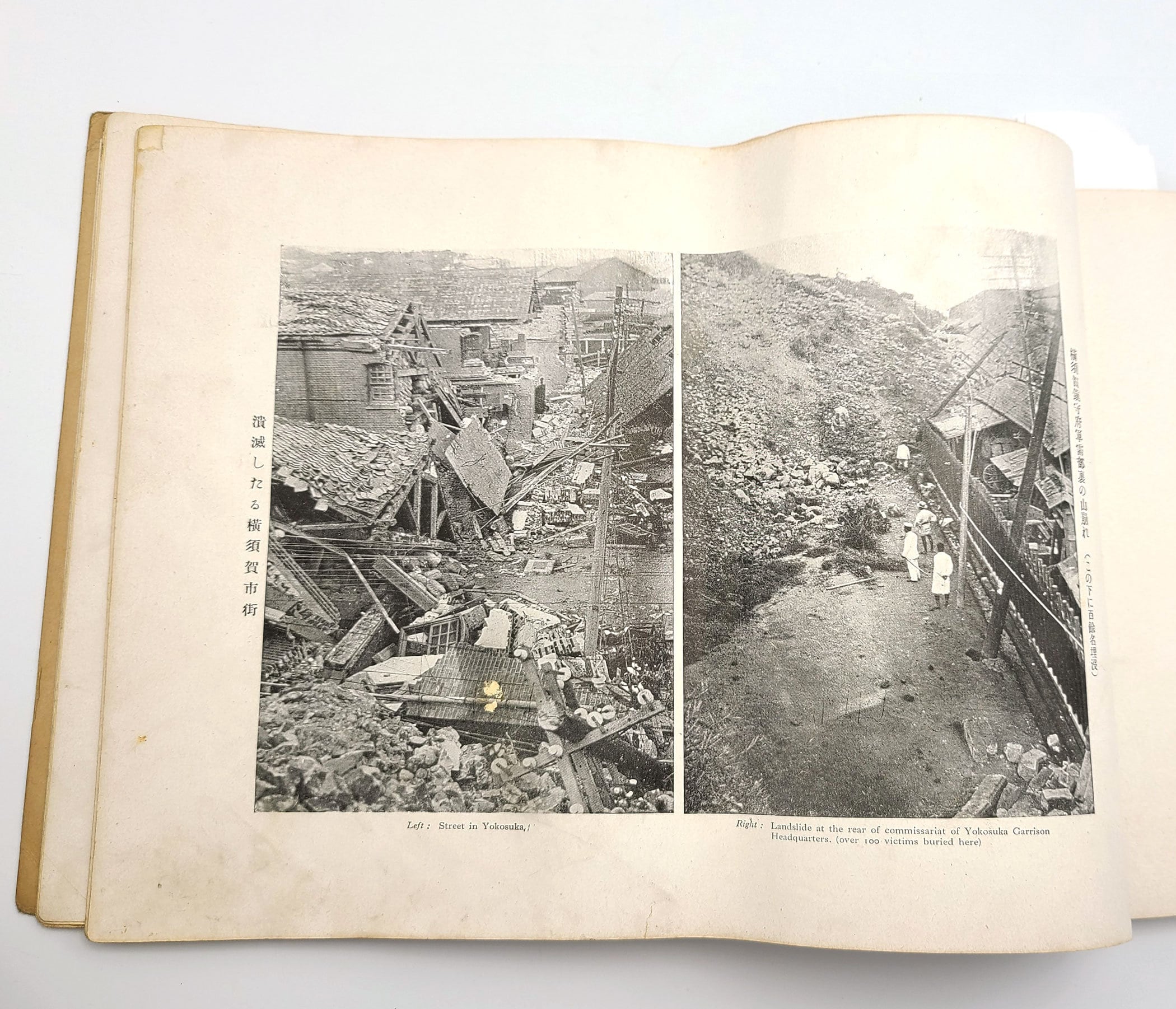 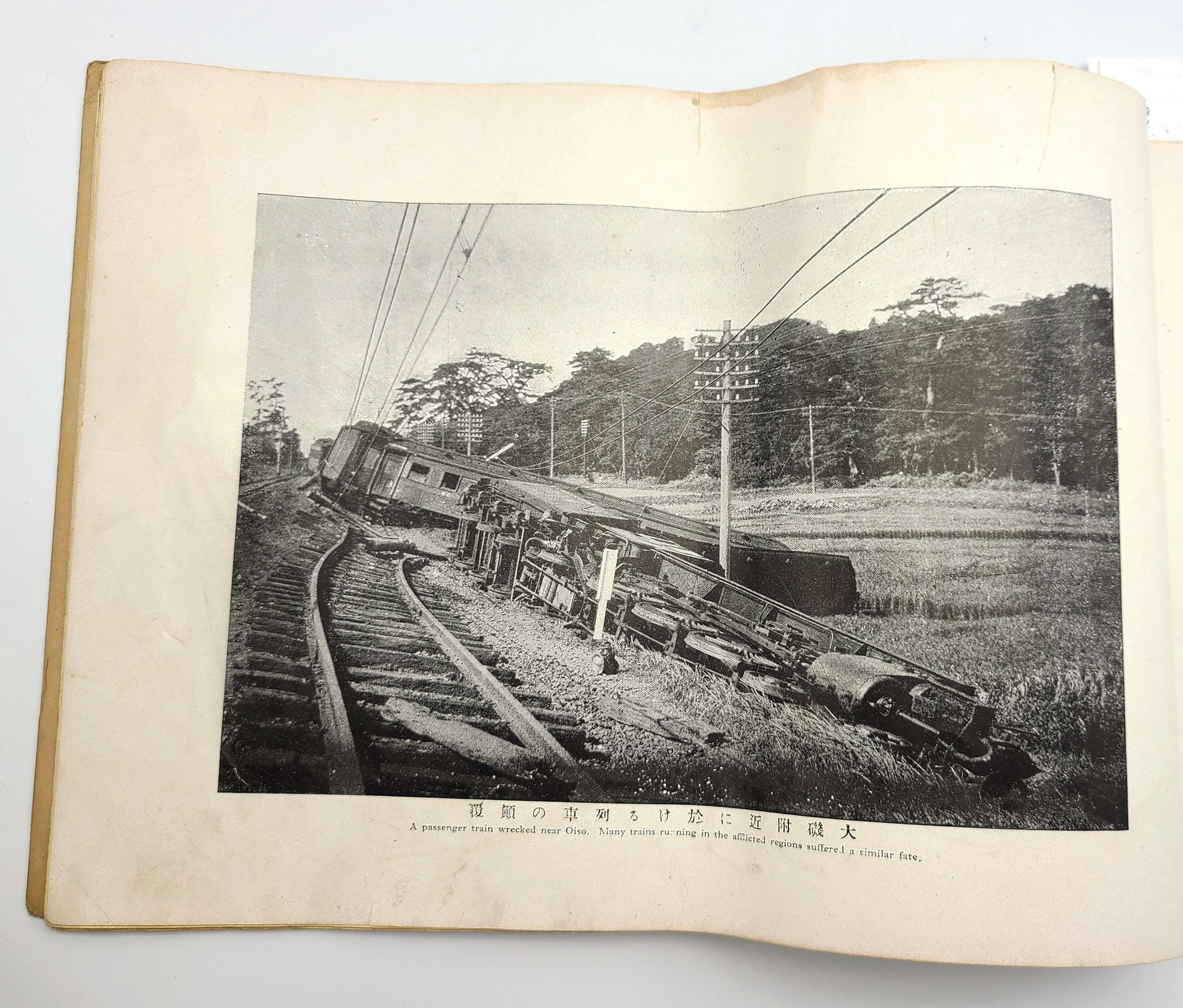 40 pages of captioned photographs of the Great Japan Earthquake of 1923, known as the Great Kanto Earthquake. This earthquake, which devastated the Kanto region, including the cities of Tokyo and Yokohama, struck just before Noon on September 1, 1923. Fires followed the earthquake and developed into firestorms. It is estimated that more than 142,000 people lost their lives in the devastation. The photographs were taken in the days and weeks following the earthquake.

The first three pages show scenes of Price Regent Hirohito viewing the ruins. Other photos show the ruins of Ginza (Tokya), of Eitai Bridge, Yokosuka, Kamakura, Yokohama, the library of the Imperial University of Japan (which lost 700,000 rare volumes in the fires), and several of refugees in various settings, temporary barracks, etc.

Published by the newspaper, Osaka Mainichi. It is undated, but was probably issued in late 1923.