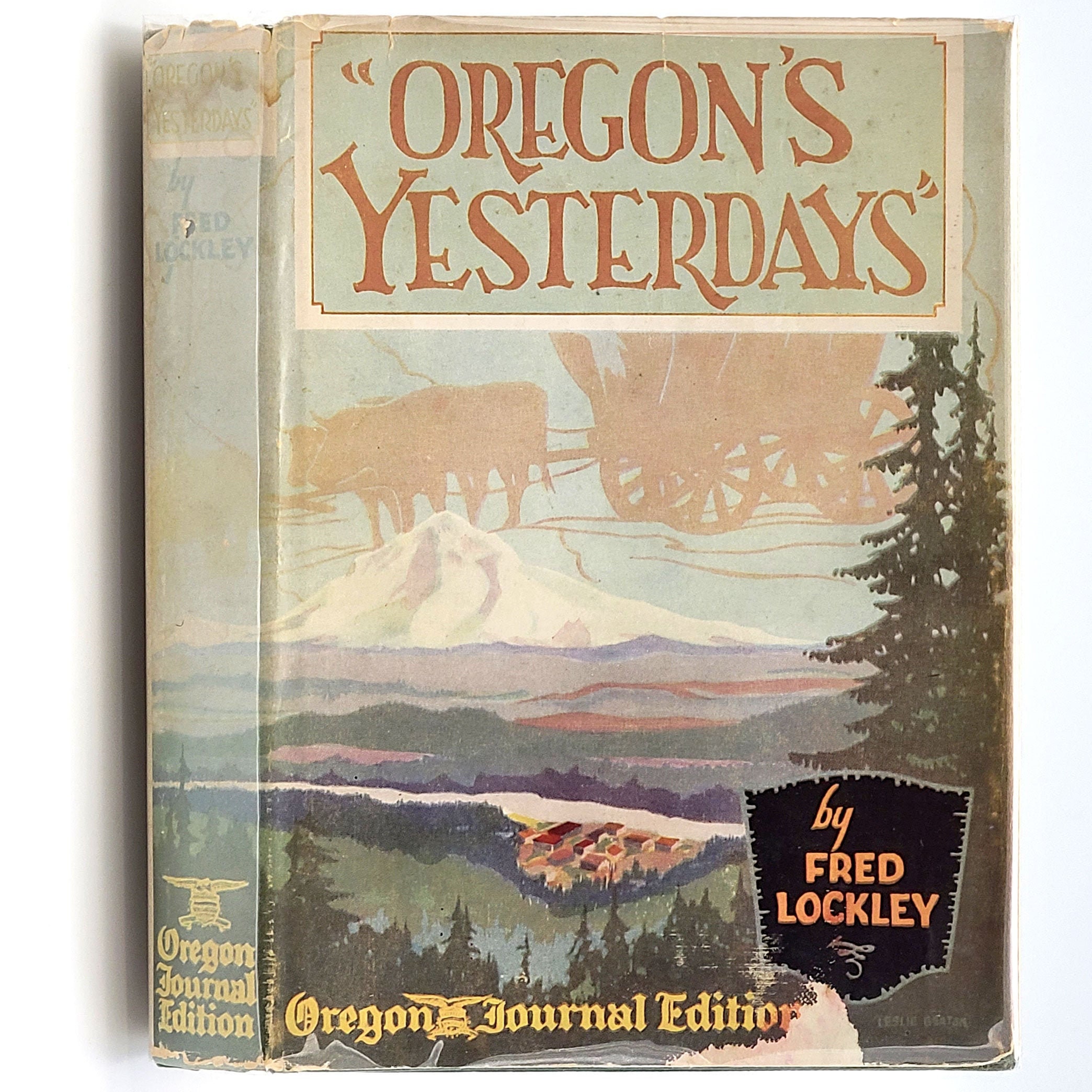 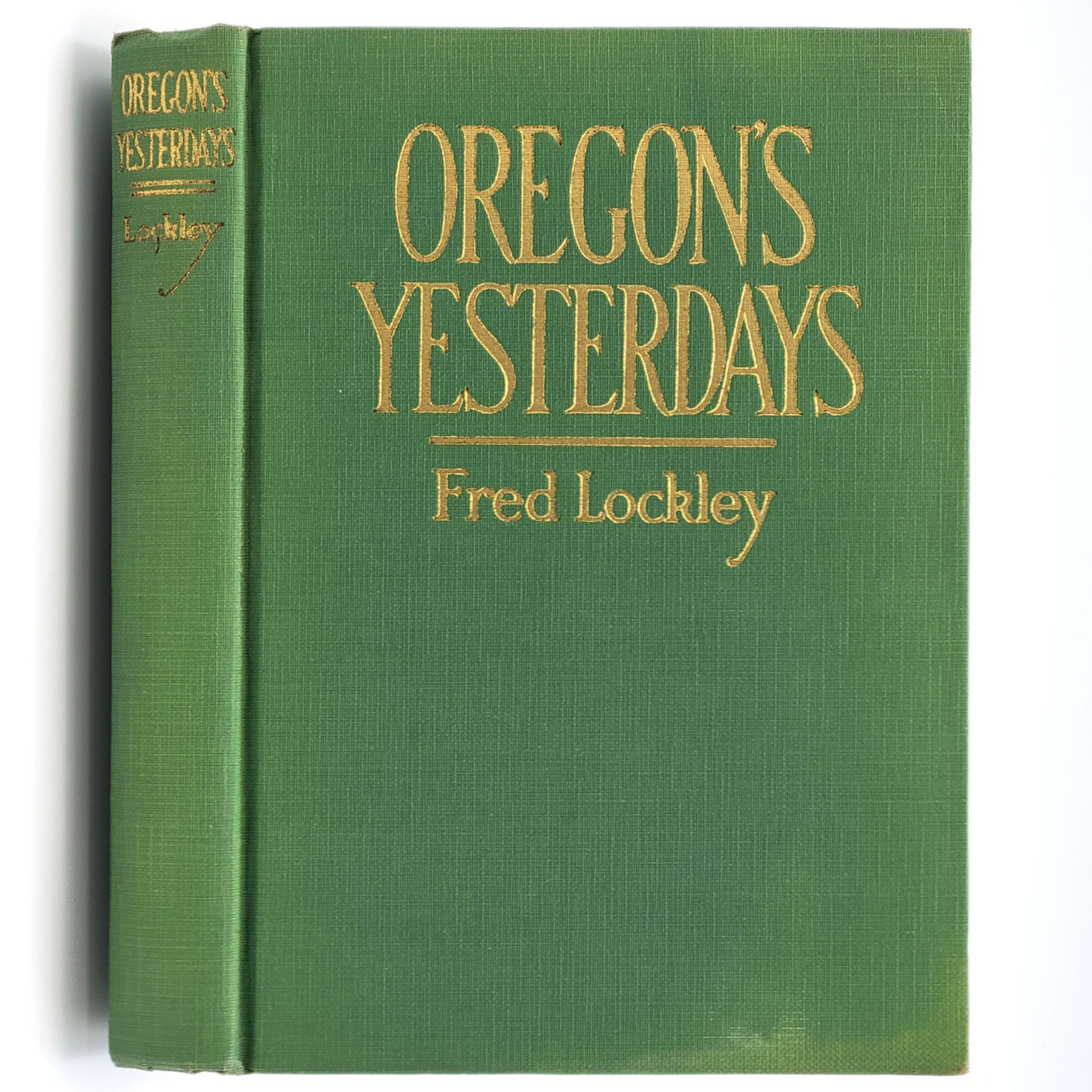 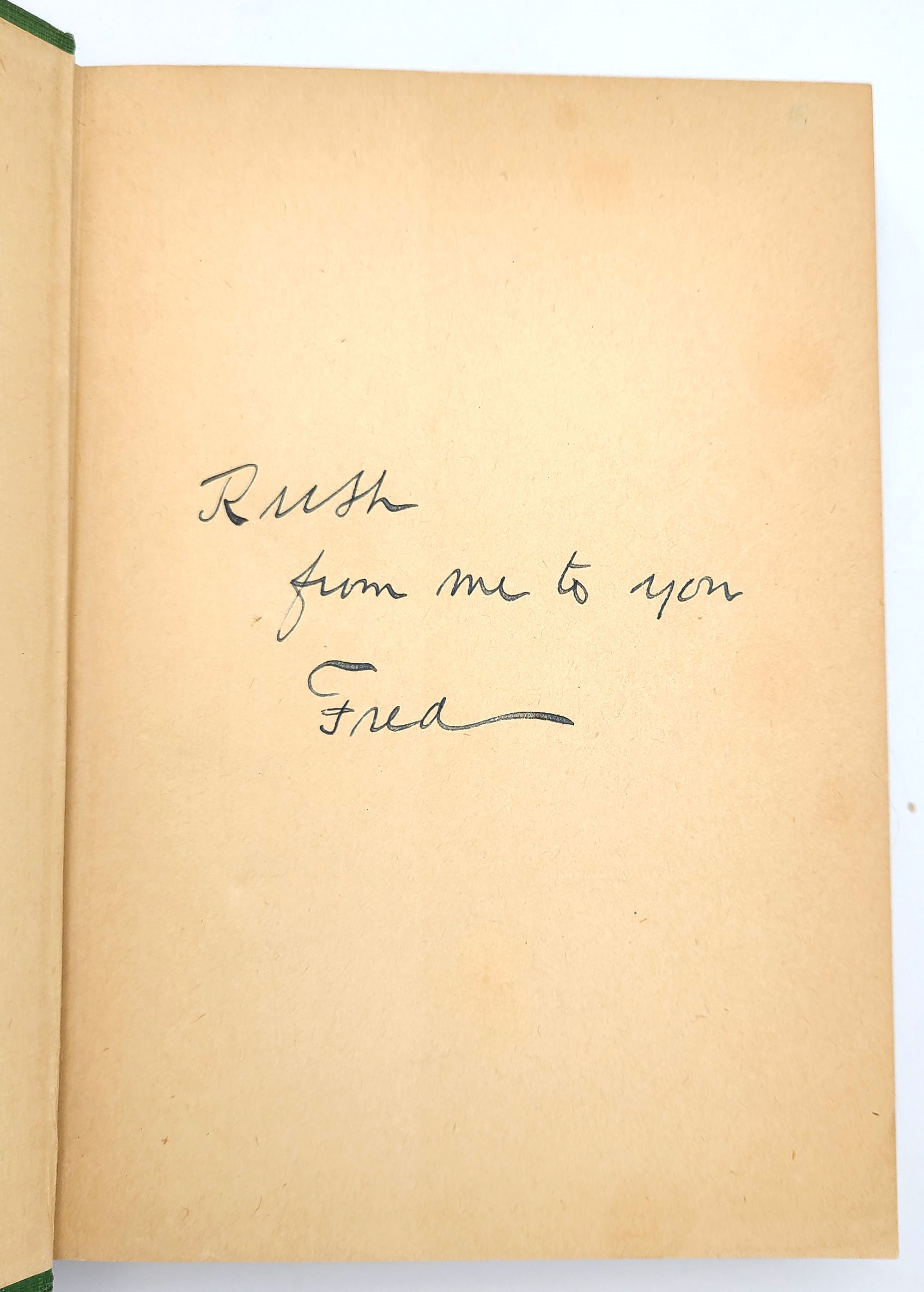 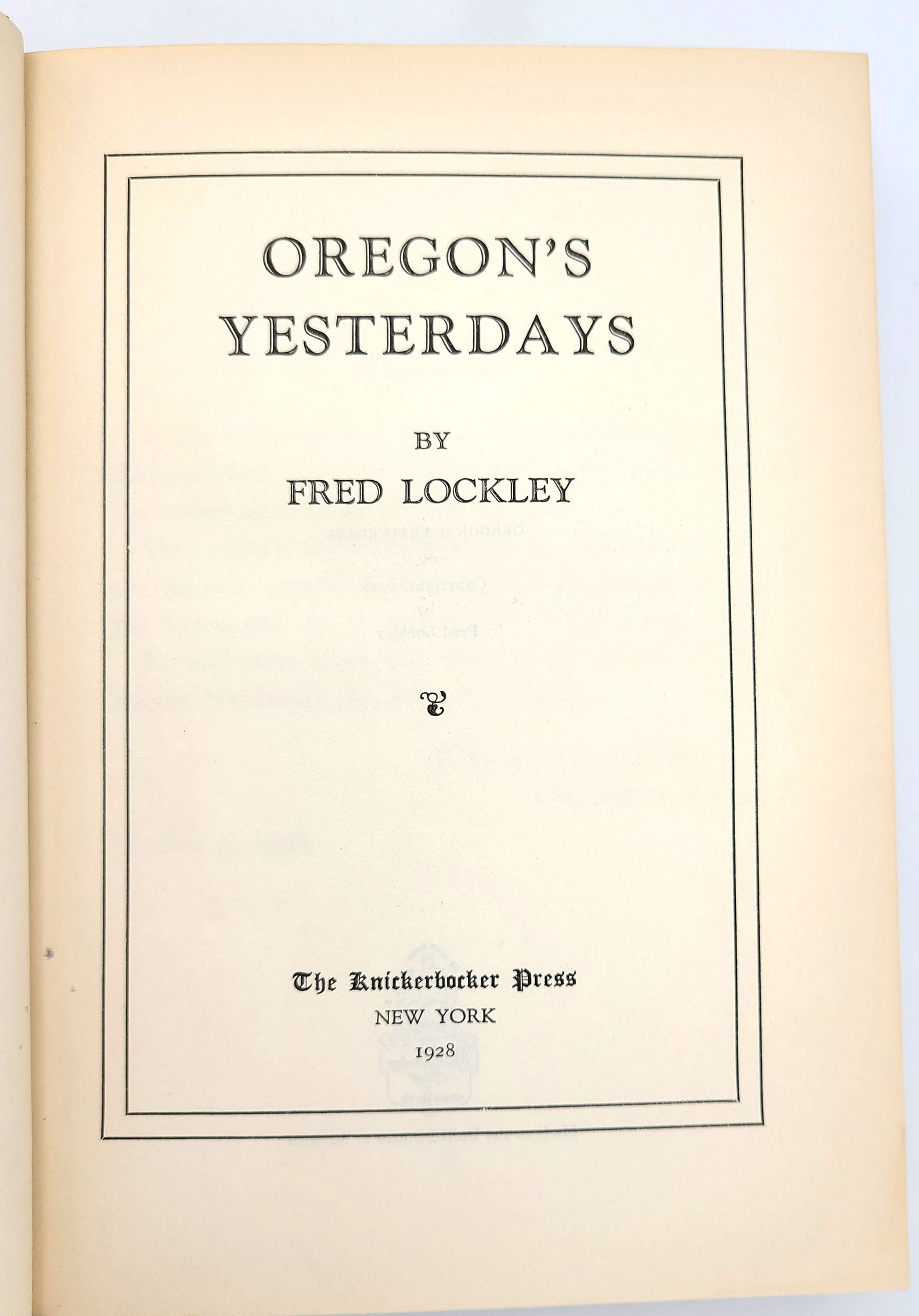 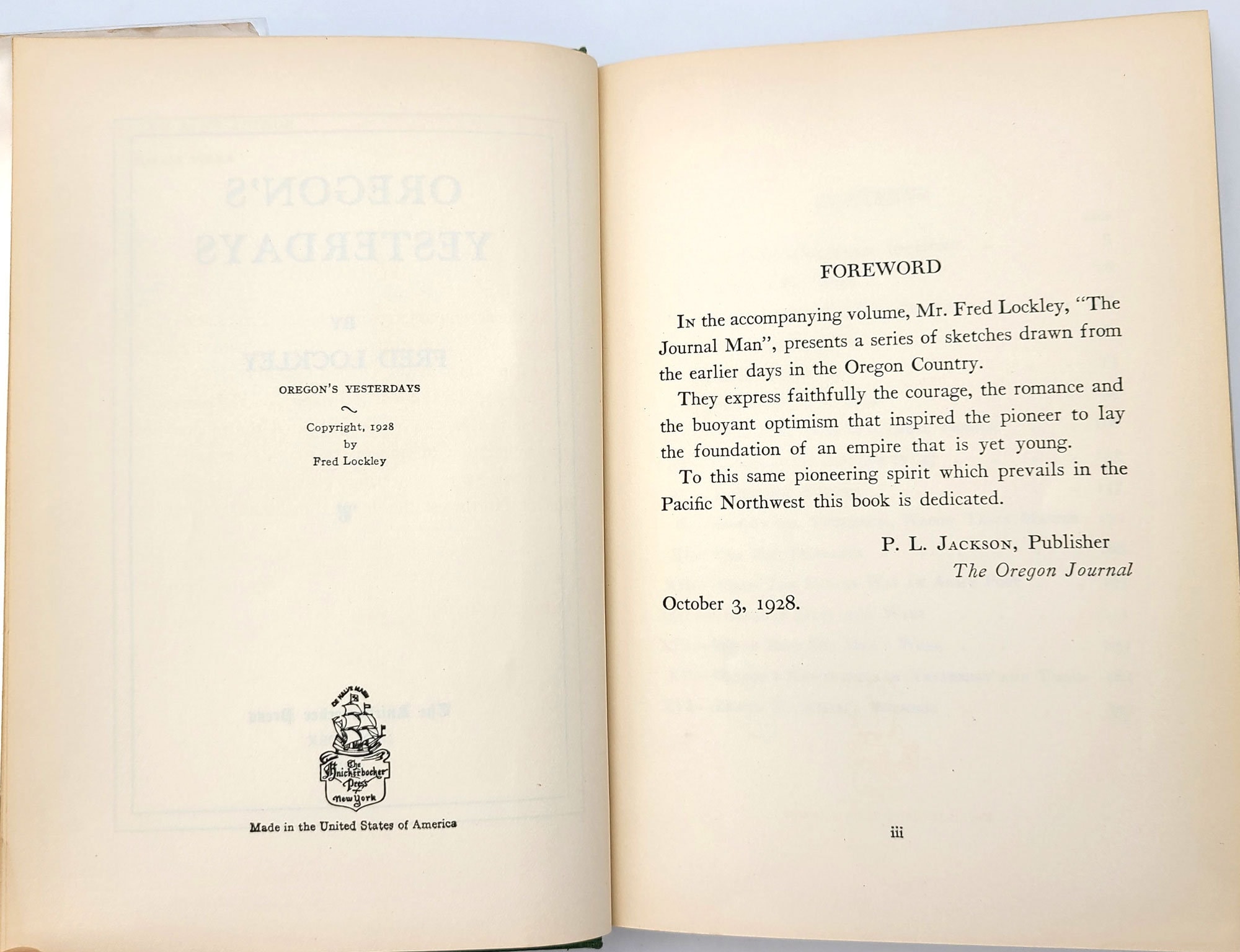 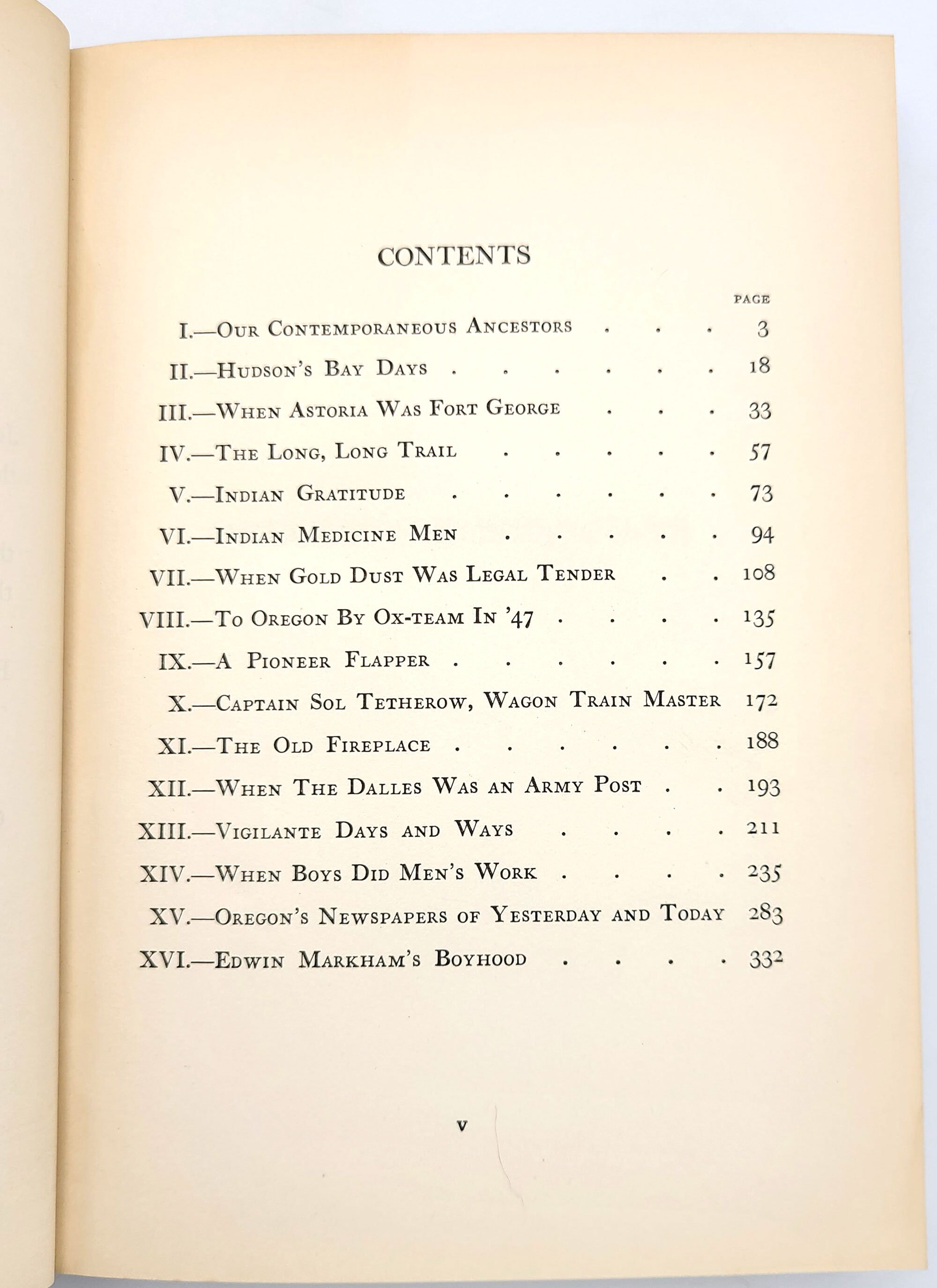 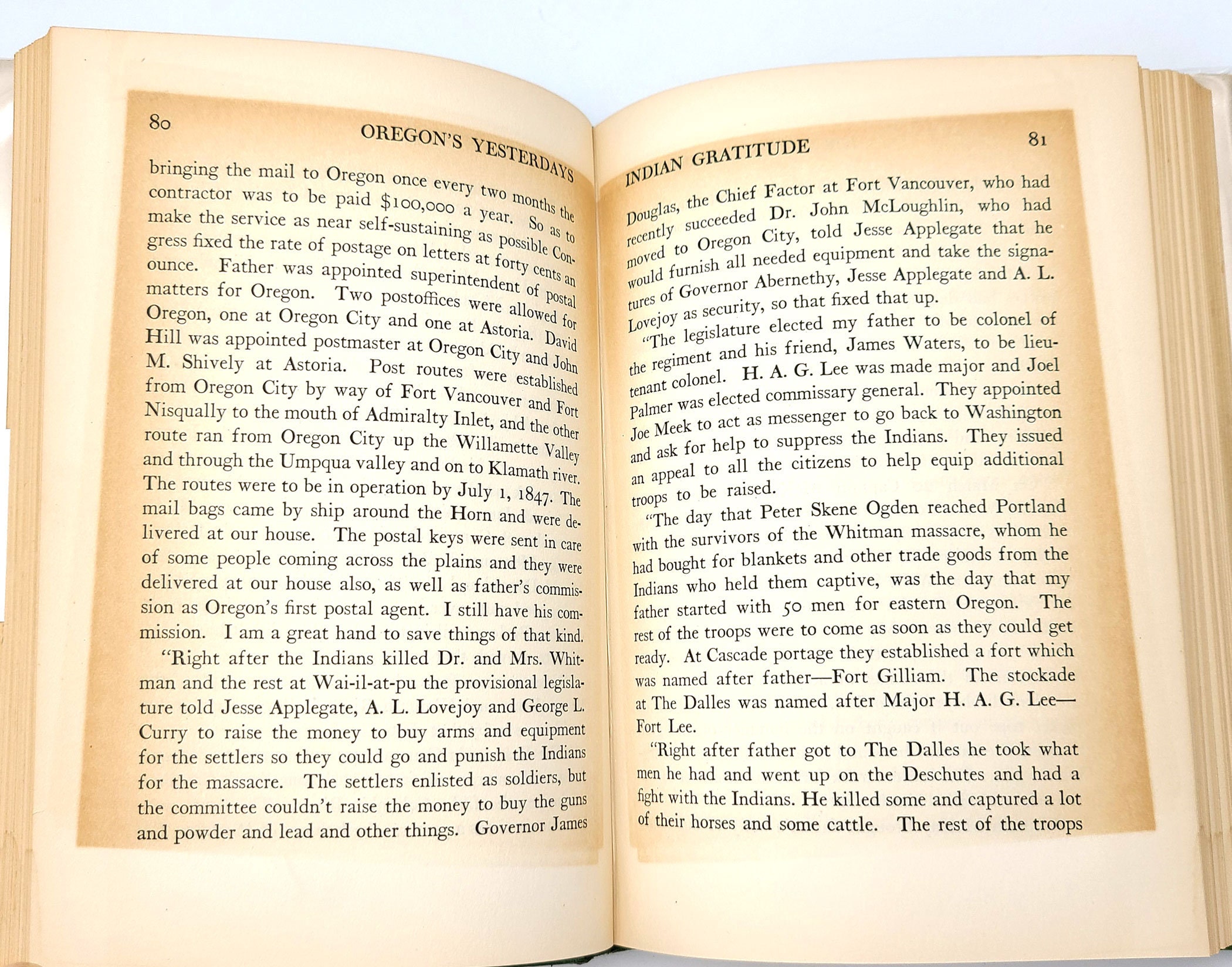 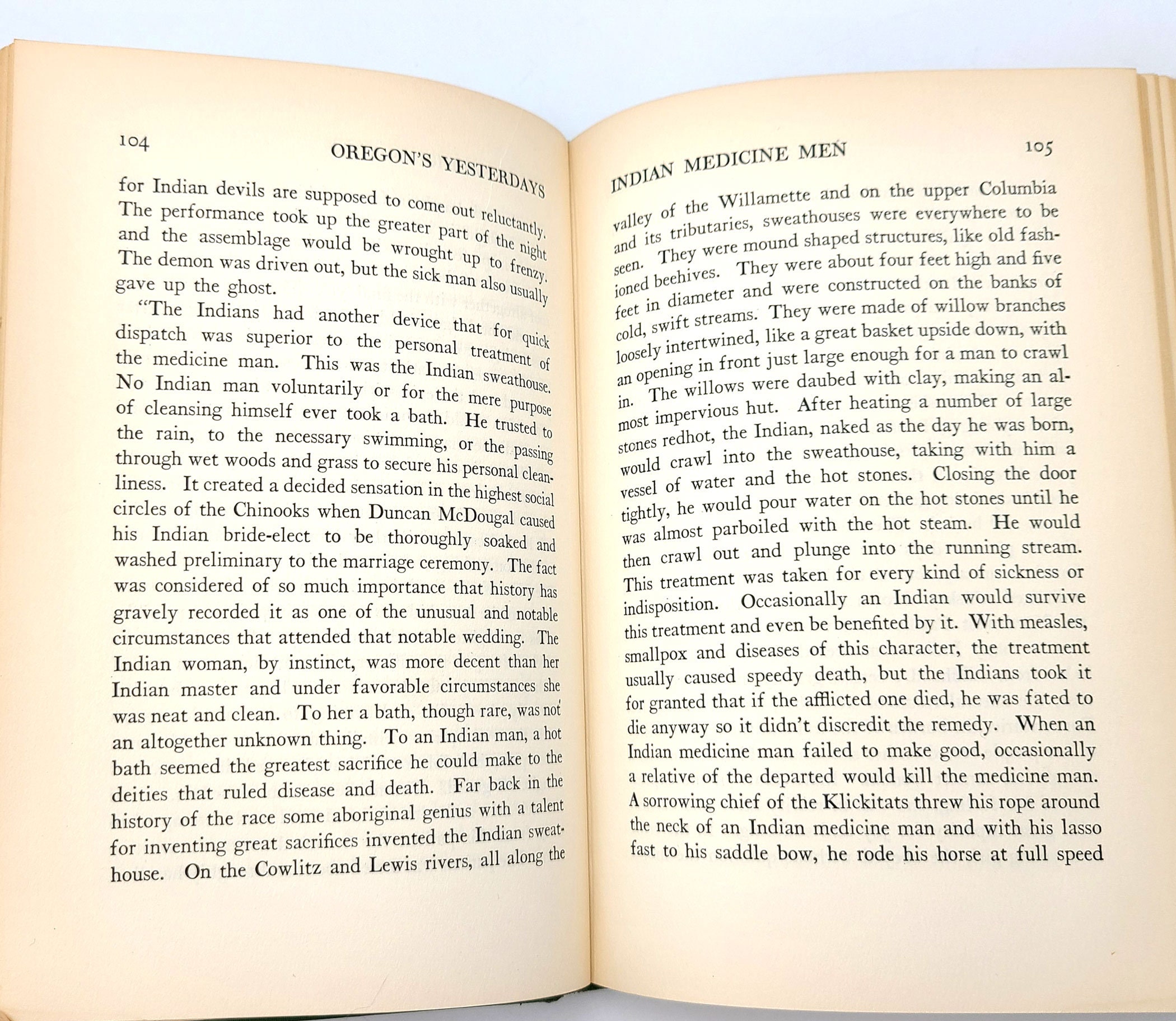 Fred Lockley's record of his interviews with pioneers, the children of pioneers, and other old-timers, providing early accounts of life in the Oregon Country, the Oregon Territory, and the early history of the state. Many accounts of the Oregon Trail are featured.

He records interviews with Mary Alpin (b. 1838) and early resident of Vancouver and Oregon City whose father was Peter Wagner, an employee of the Hudson's Bay Company; Lelia McKay (b. 1870), whose father was born at Astoria in 1824 and whose grandfather came to the mouth of the Columbia River in 1810 to establish a post, and whose great-grandfather was a partner of John Jacob Astor; Narcissa Cornwall Moore (b. 1836), who came across the Oregon Trail in 1846 on the Applegate route; Martha Elizabeth (Gilliam) Collins (b. 1839), the daughter of General Cornelius Gilliam (for whom Gilliam County is named); Alexander Duncan Birnie (b. 1842), an early resident and postmaster of Cathlamet; Benjamin F. Bonney (b. 1839), whose father Jairus Bonney came to Oregon in 1845 with Joel Palmer and Samuel Barlow; Jeptha T. Hunt (b. 1862), whose father crossed the plains in 1847 and started the first store in the Waldo Hills (near Silverton); Kate Morris (b. 1841) crossed the plains in 1851; Andrew Jackson McNemee (b. 1848); Edwin Markham (b. 1852); Captain William P. Gray (b. 1845), the son of William H. Gray who came to Oregon in 1836 with Marcus Whitman and Henry Spalding; and a few others.

Fred Lockley (1871-1958) was an Oregon journalist and historian, who at one point had been the tutor of the future United States President Herbert Hoover.