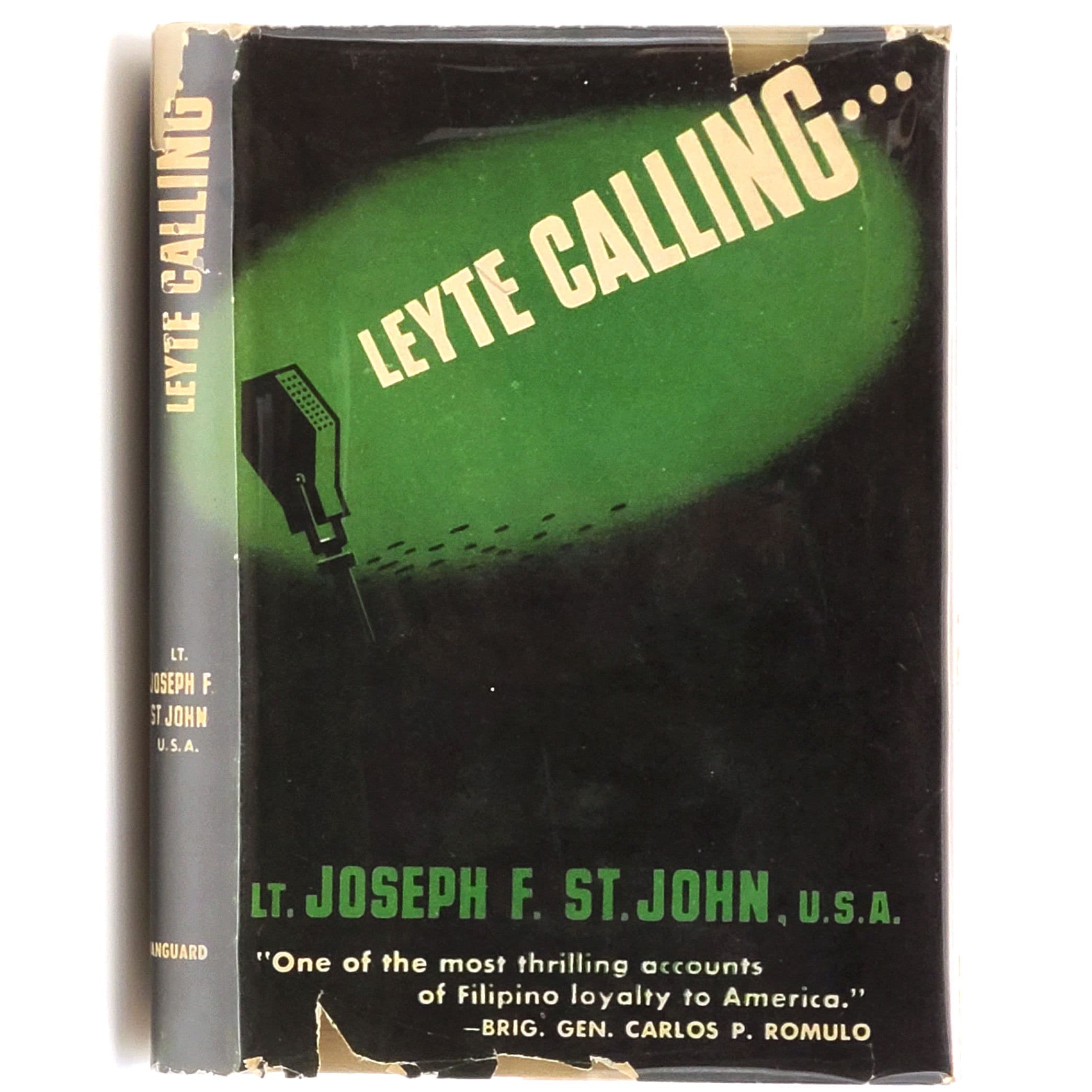 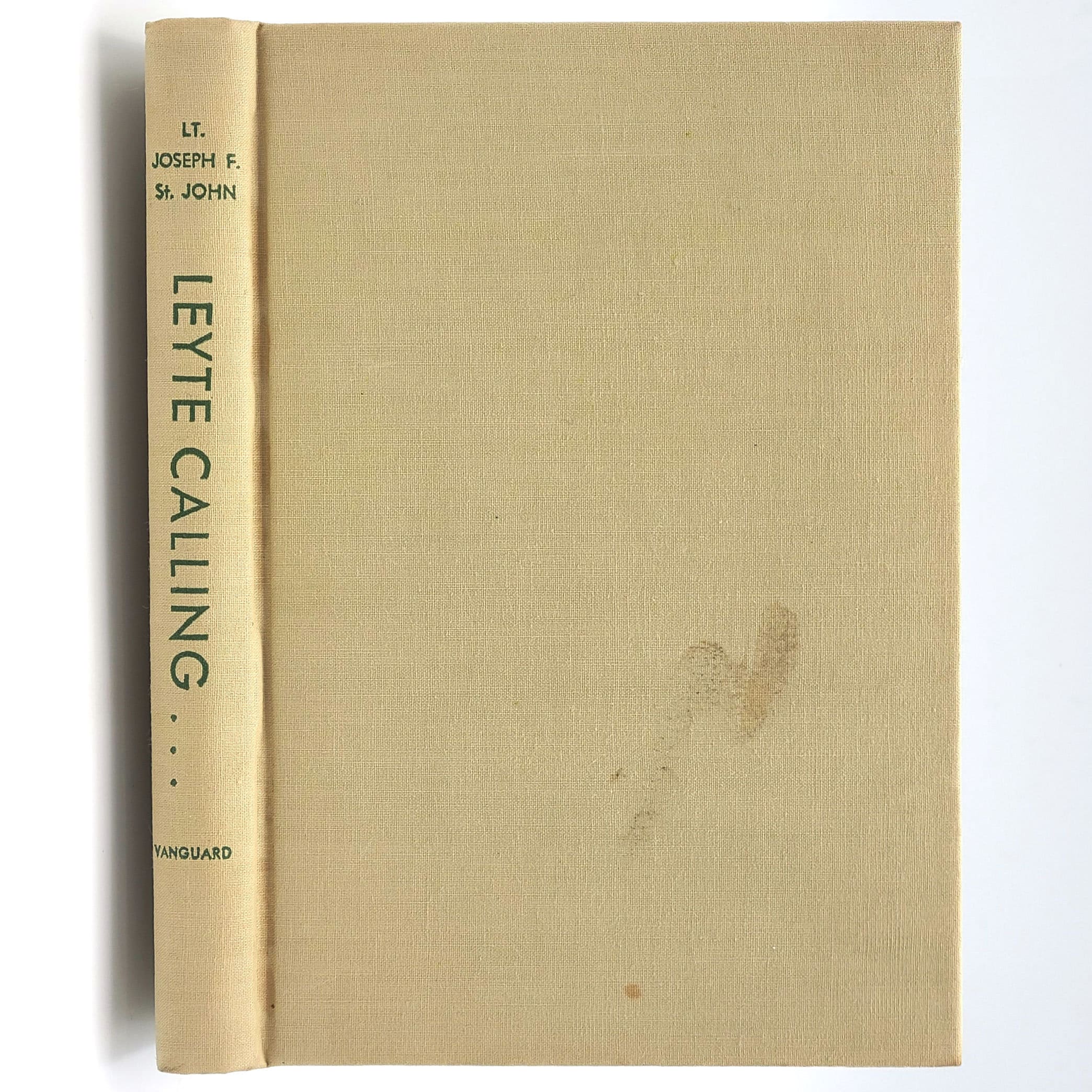 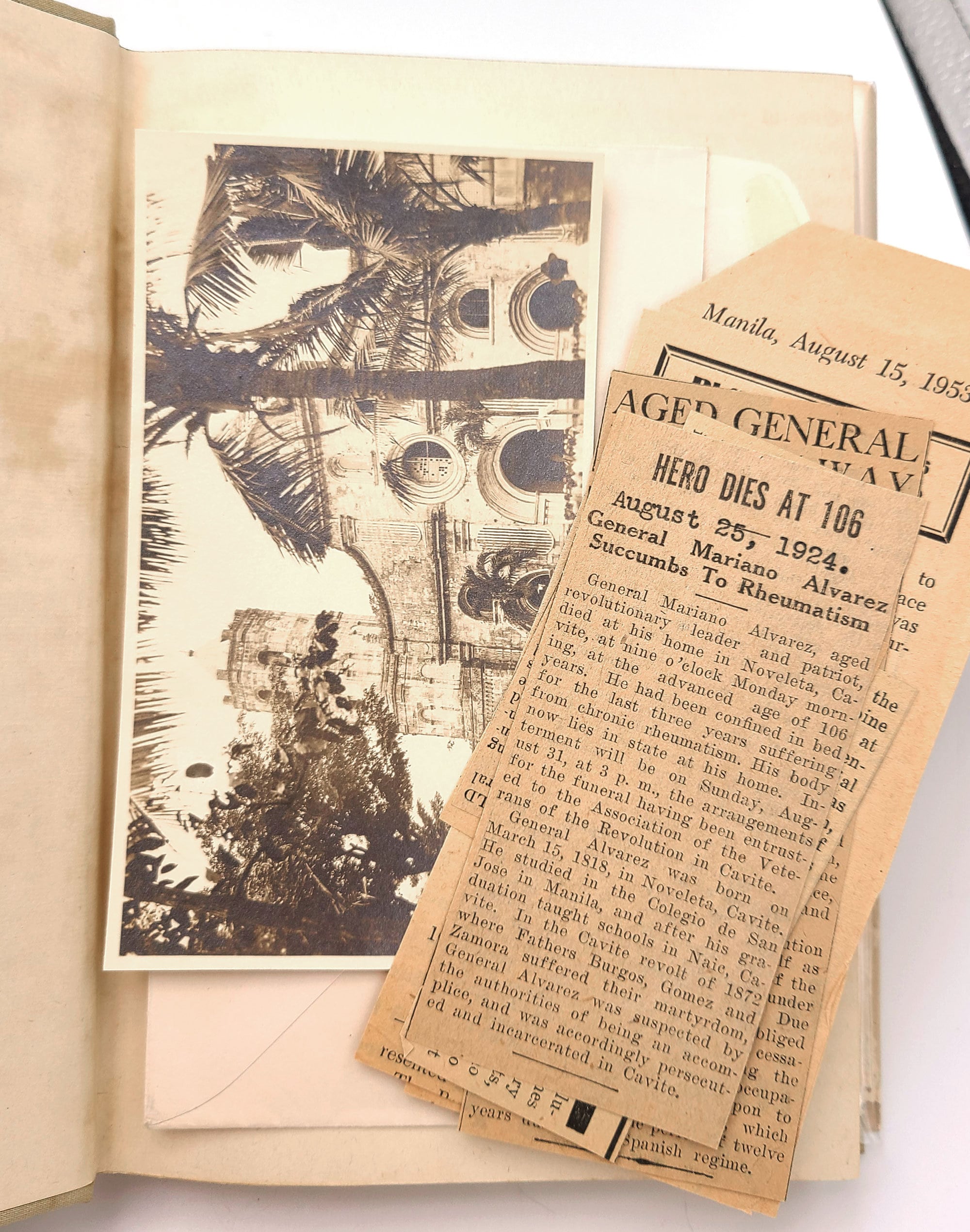 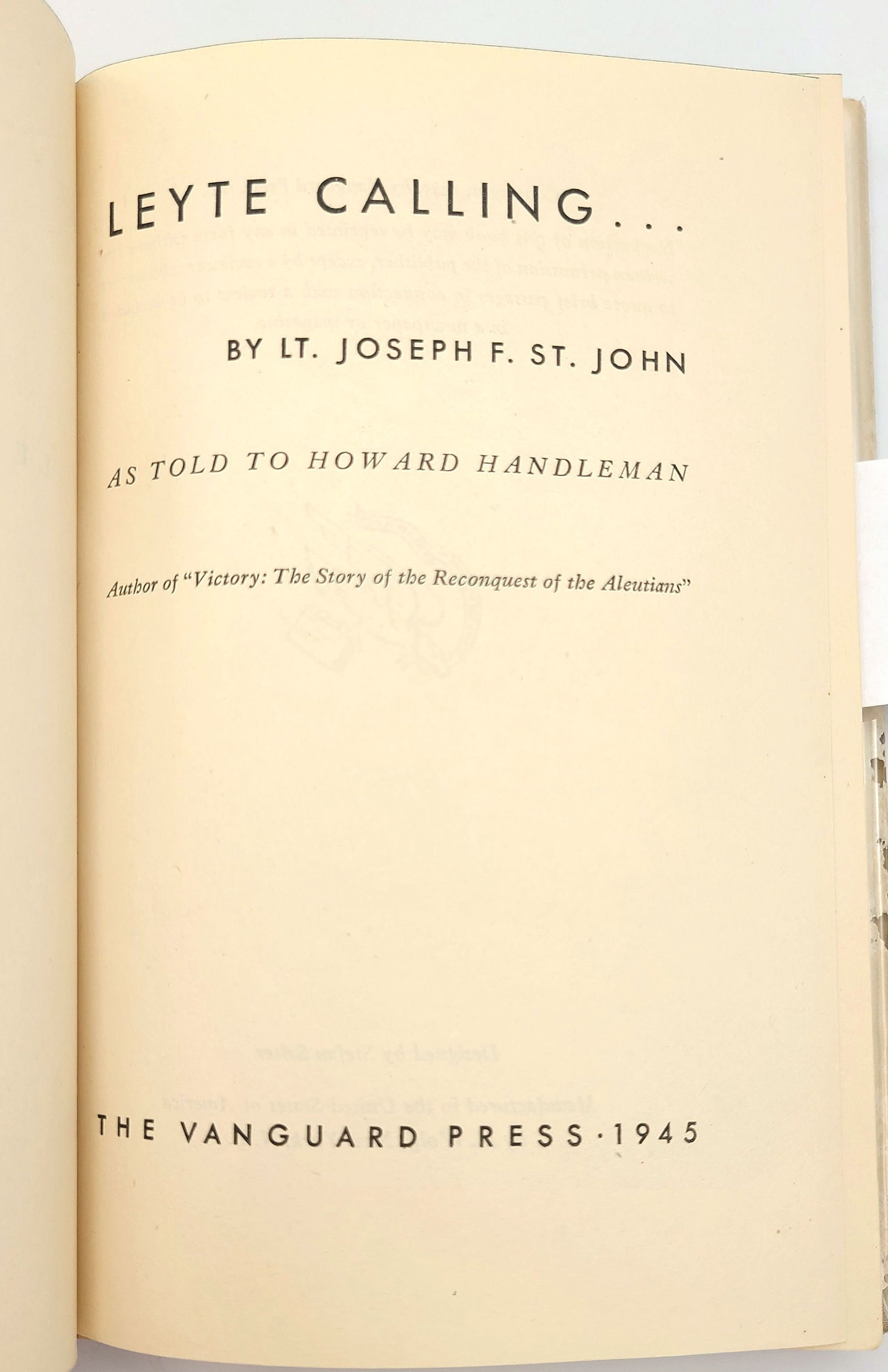 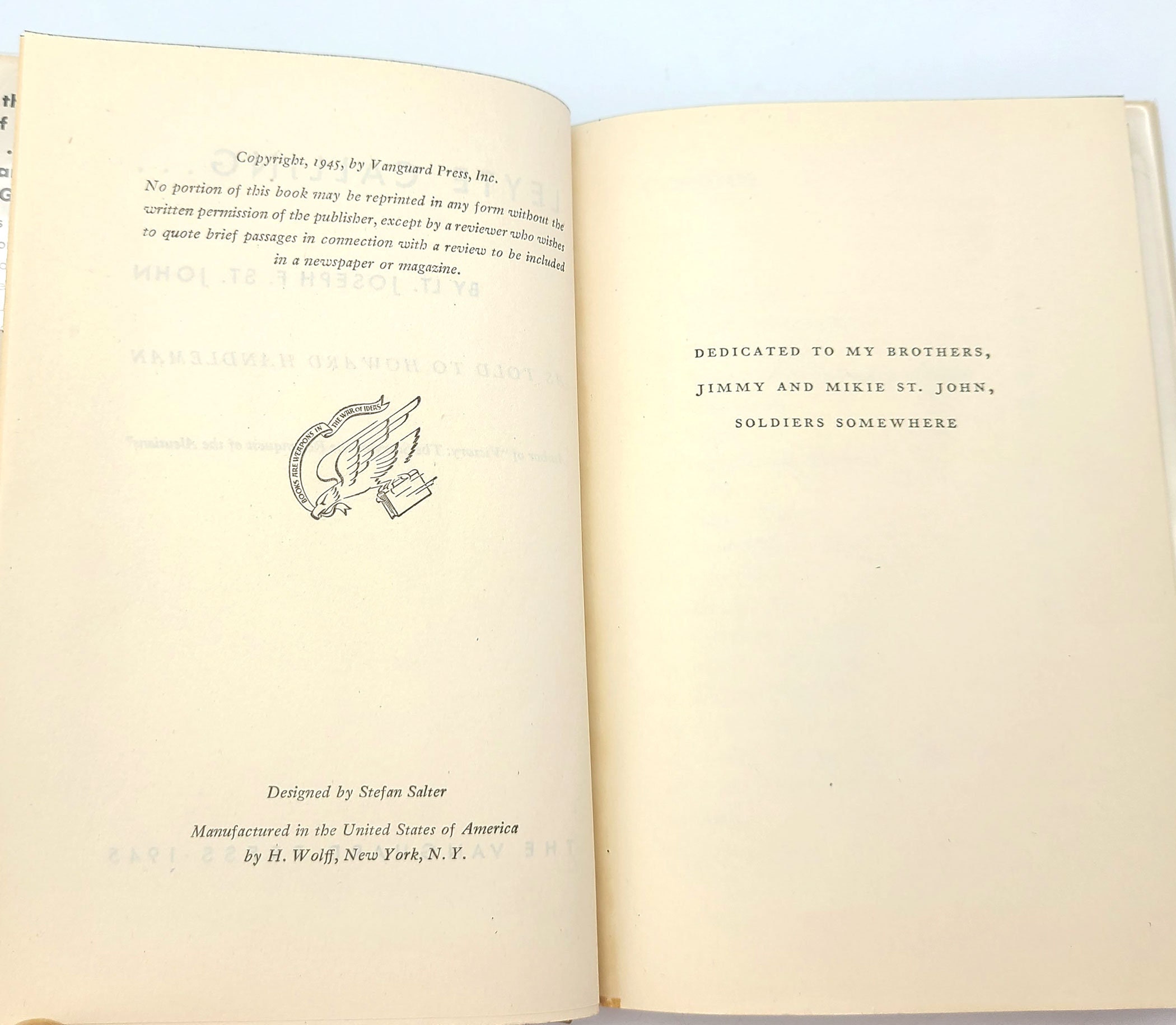 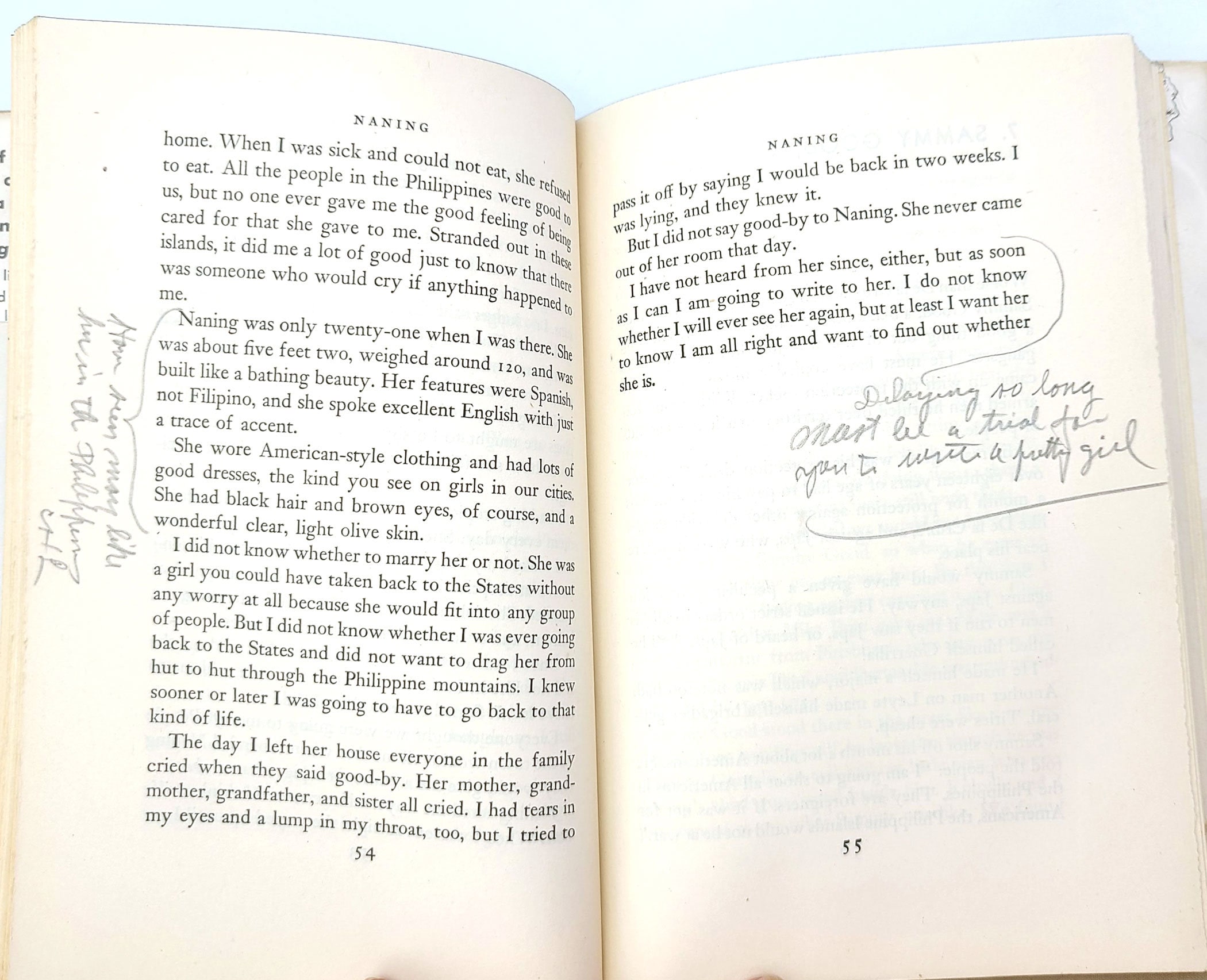 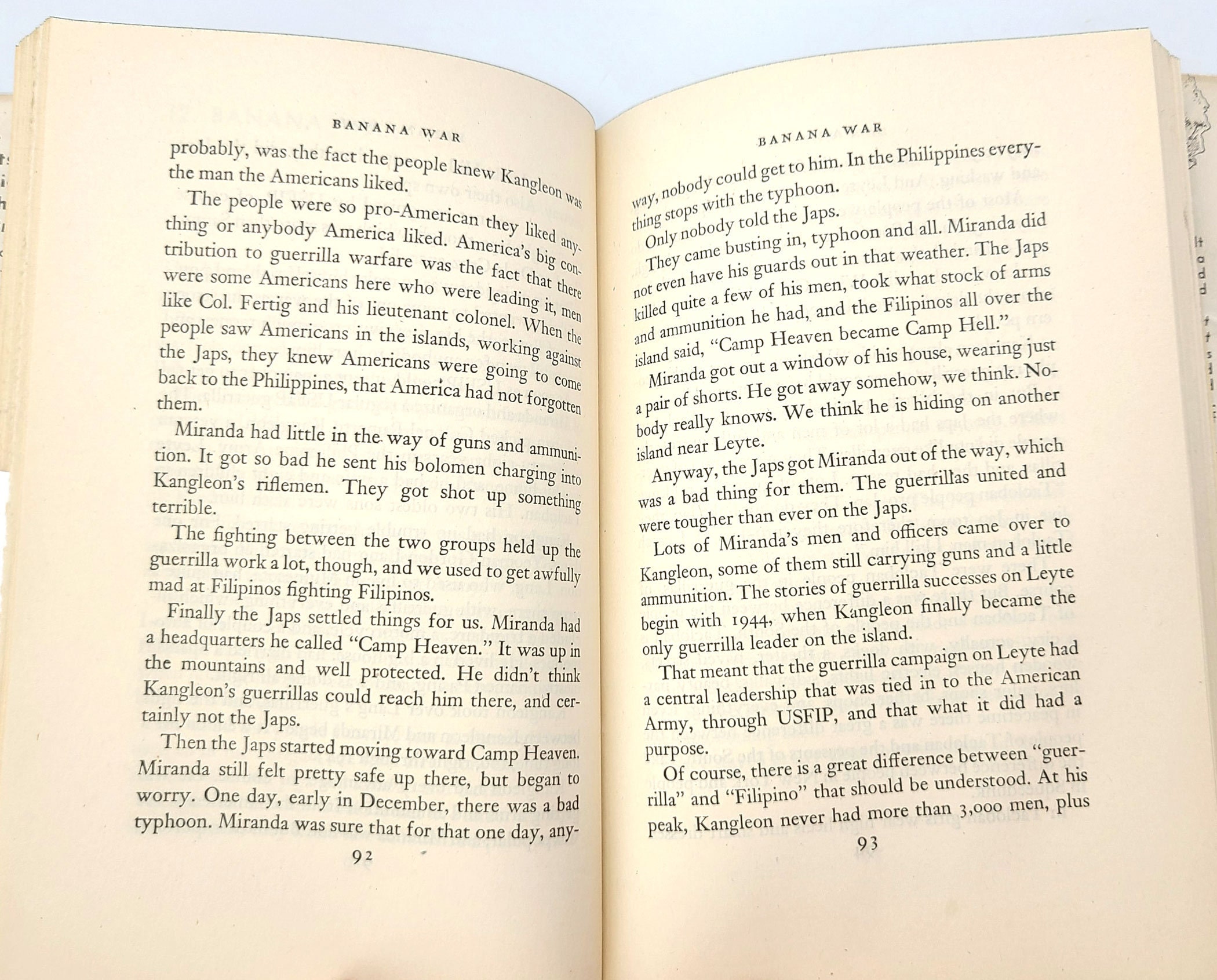 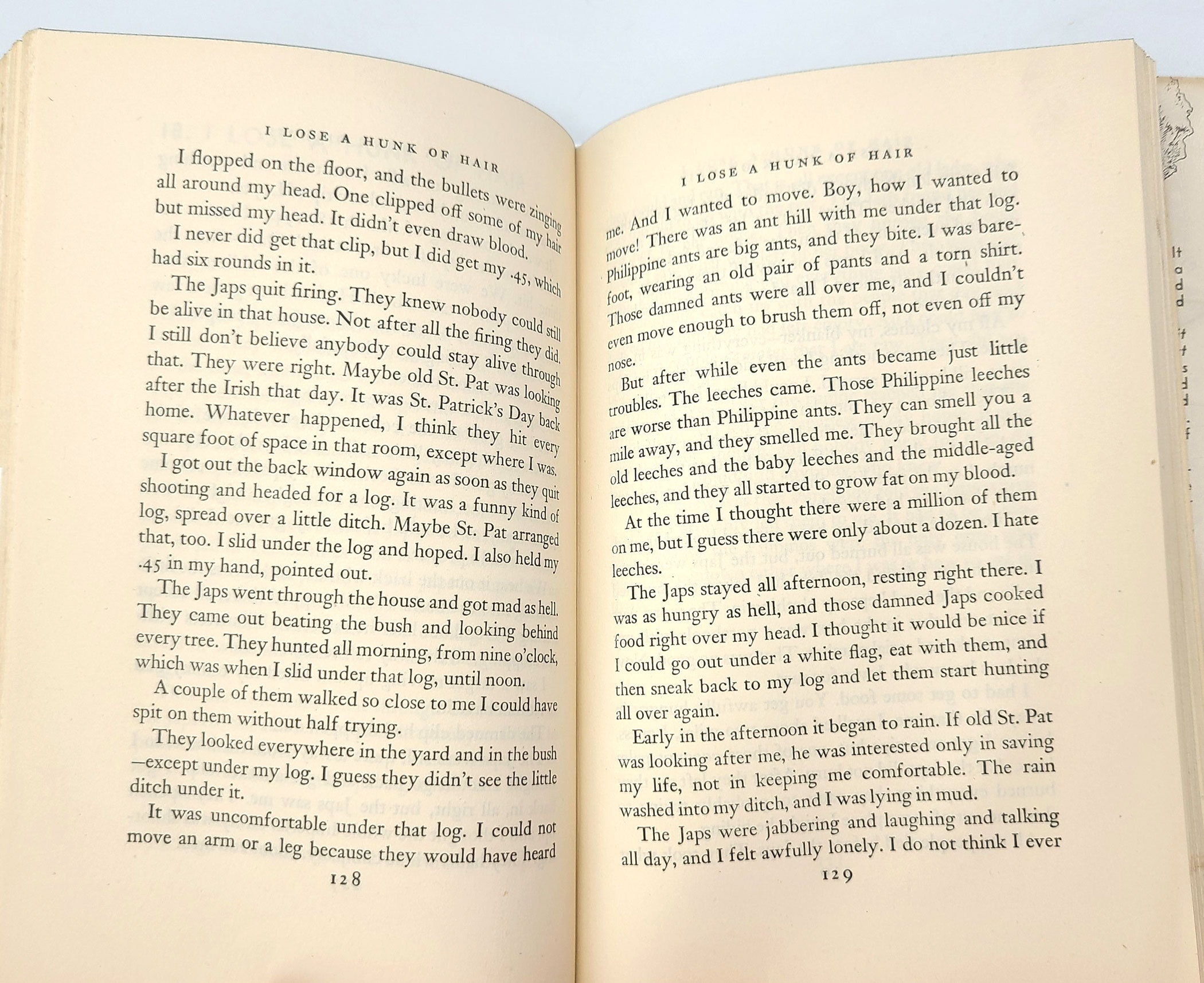 Description: Sage-green cloth boards with dark green lettering on spine. Soil spots to front cover and minor discoloration in the front gutter. Interior is generally clean aside from some pencil notation on a couple pages. Dust jacket has some edge chipping; holes from biopredation along the flap folds; not price clipped ($2.00). Photo of the author from 1944 on rear panel. DJ in archival sleeve. 220 pp. 7.5 x 5.25 inches.

Personal memoir of WW II in the Philippines, the saga of Lt. Joseph St. John of the U.S. Army, who for two and a half years lived the hunted life of a guerrilla on Leyte and Mindanao islands in the Philippines. "This book lifts the blackout on the Philippines that lasted from the fall of Corregidor to the American landing in Leyte, and at the same time it provides one of the most thrilling stories to come out of the present war."

Laid-in is an envelope containing six short Philippine newspaper clippings from 1924 regarding the deaths of General Mariano Alvarez and General Manuel Tinio. There is also a vintage printed photograph of the historic Barasoain Church.

Joseph Francis St. John (b. 1920, Philadelphia) joined the Fourteenth Bomber Squadron in September 1939 and trained at Hickam Field on Oahu until they shipped out for the Philippines in September 1941.