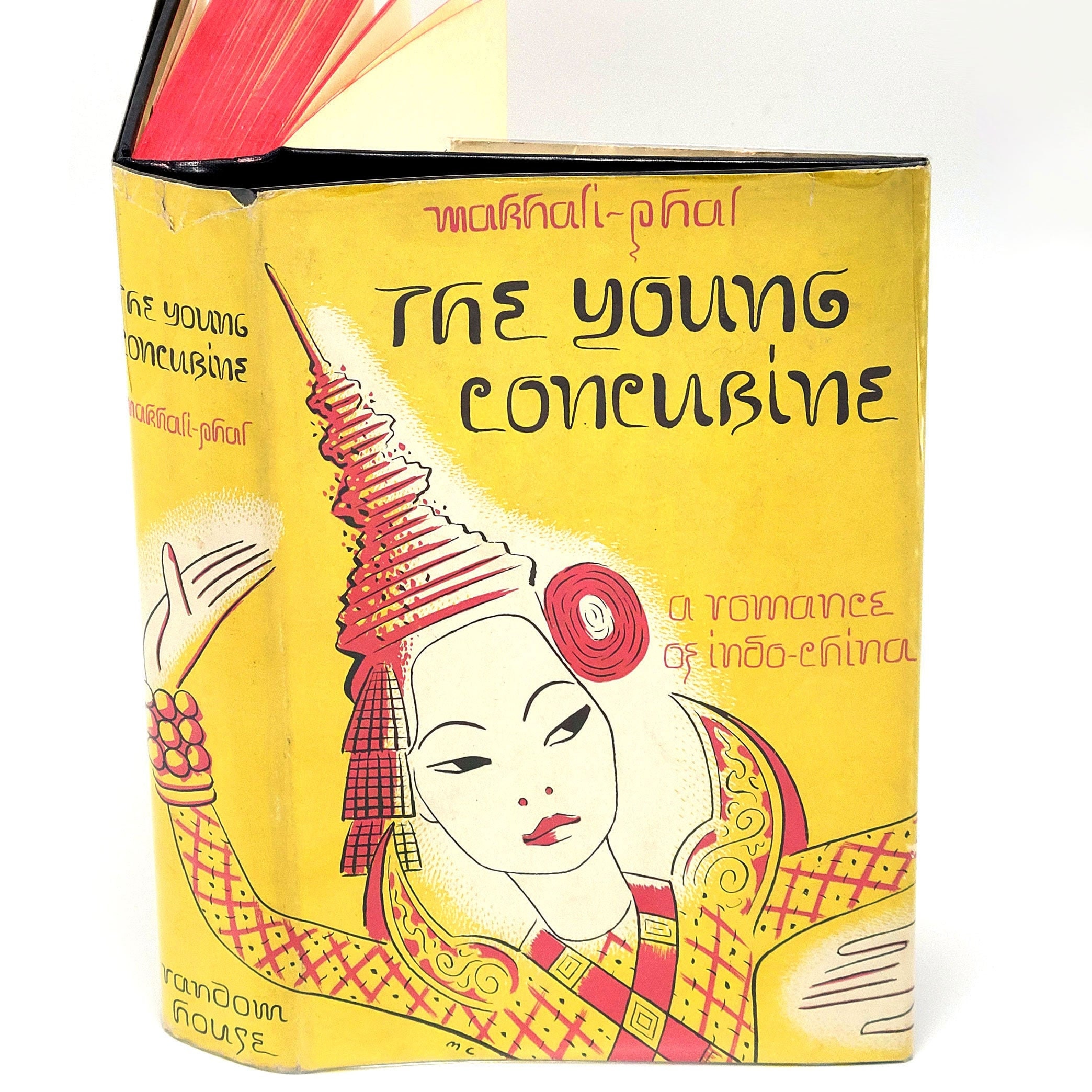 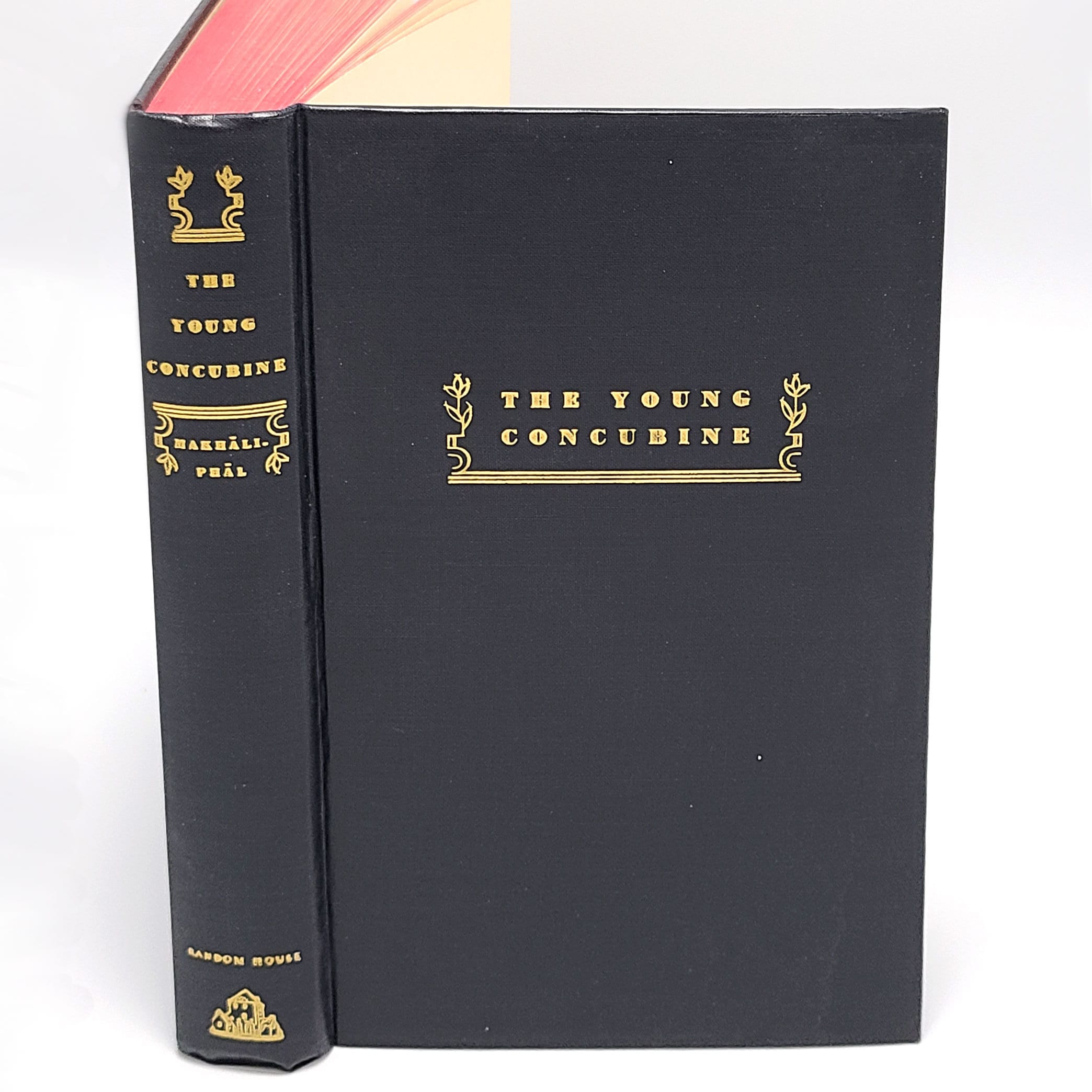 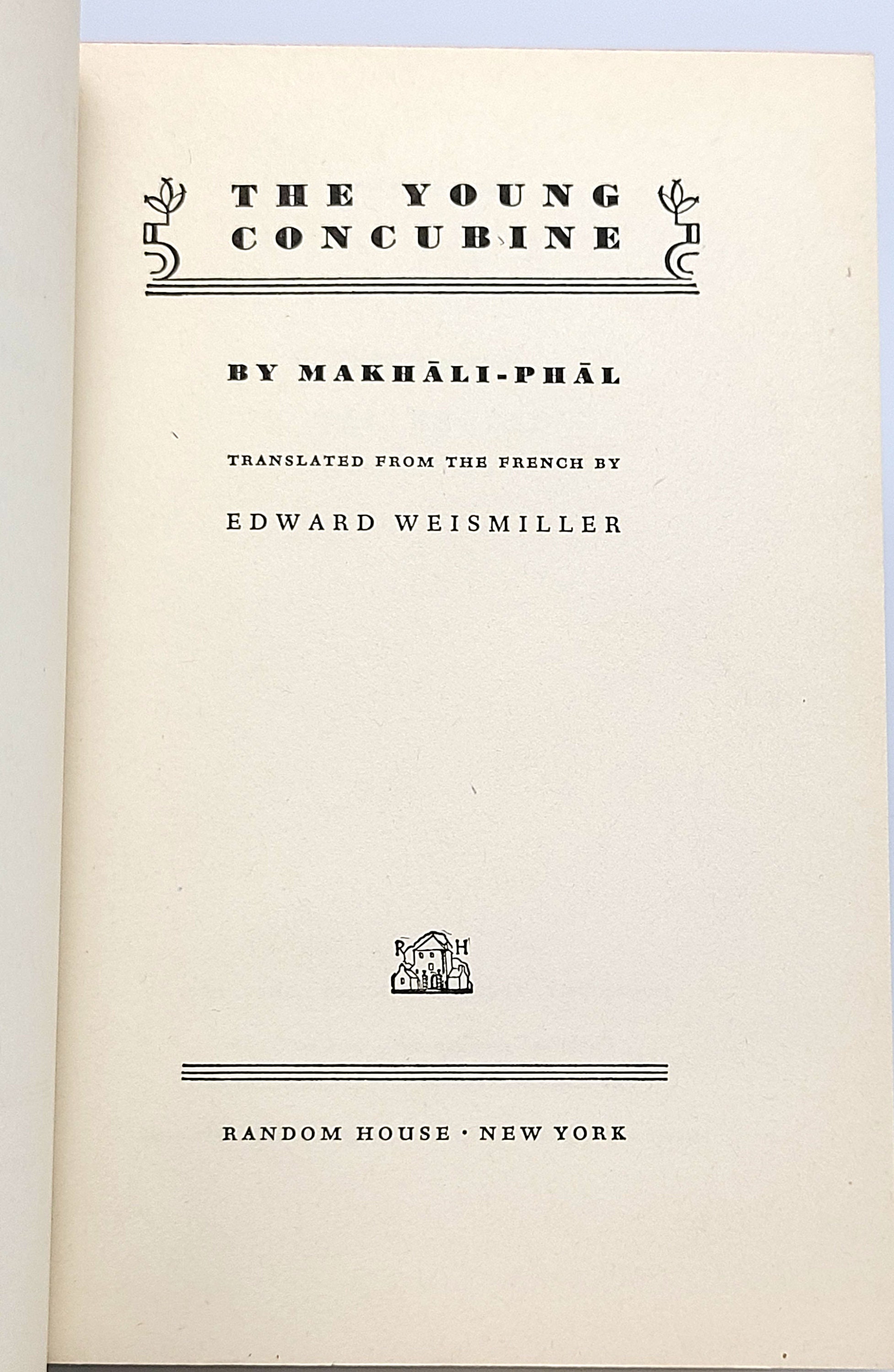 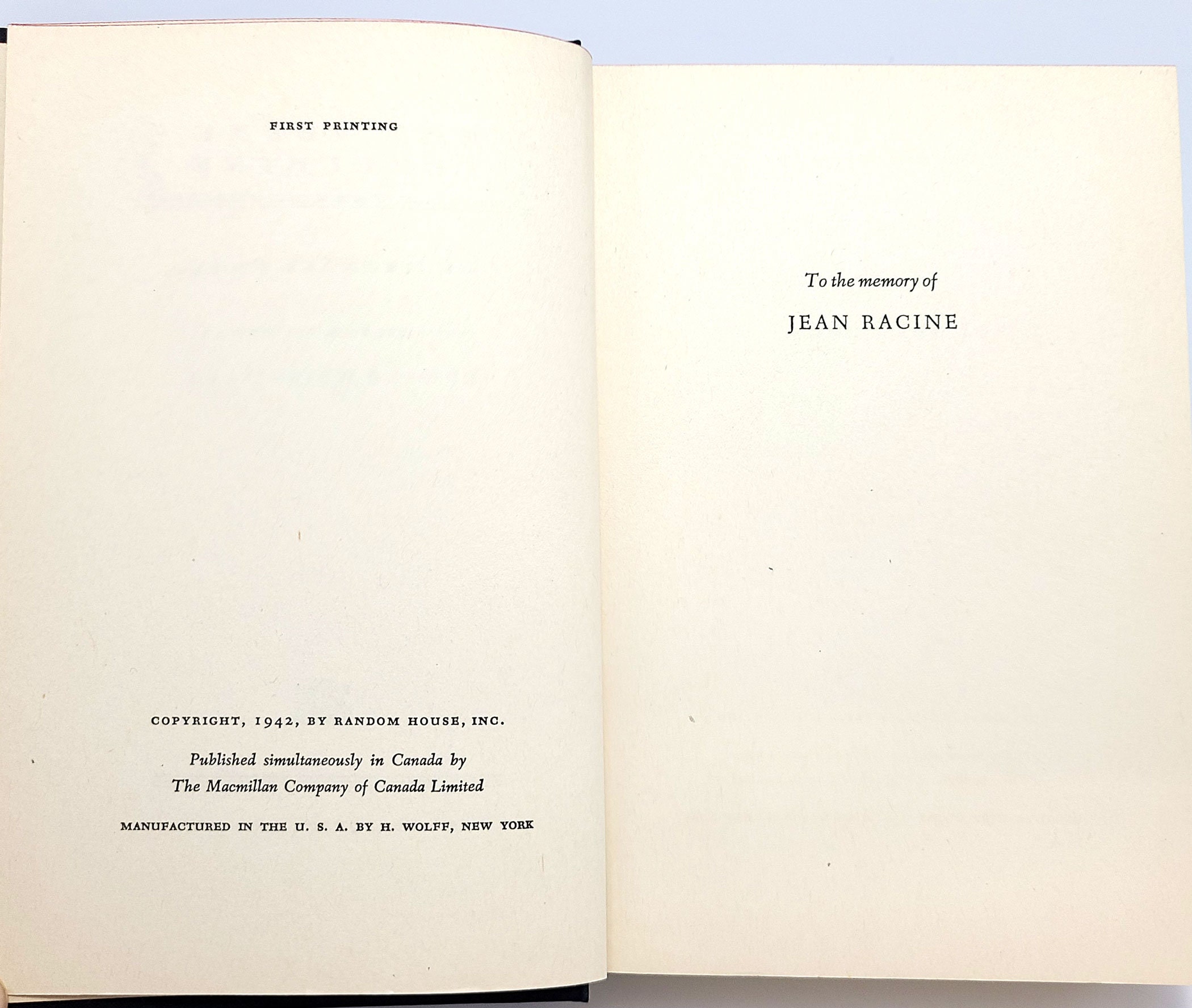 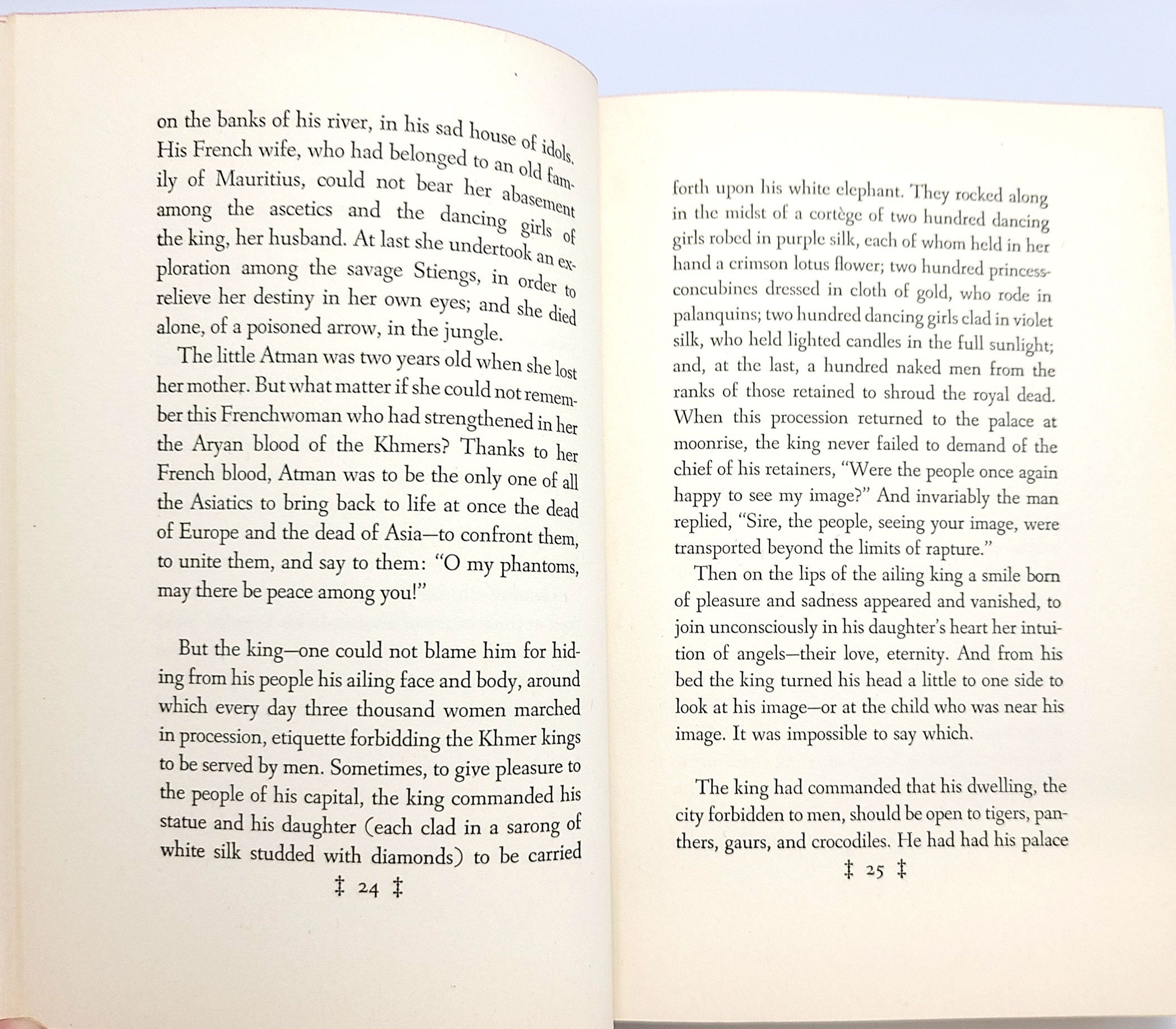 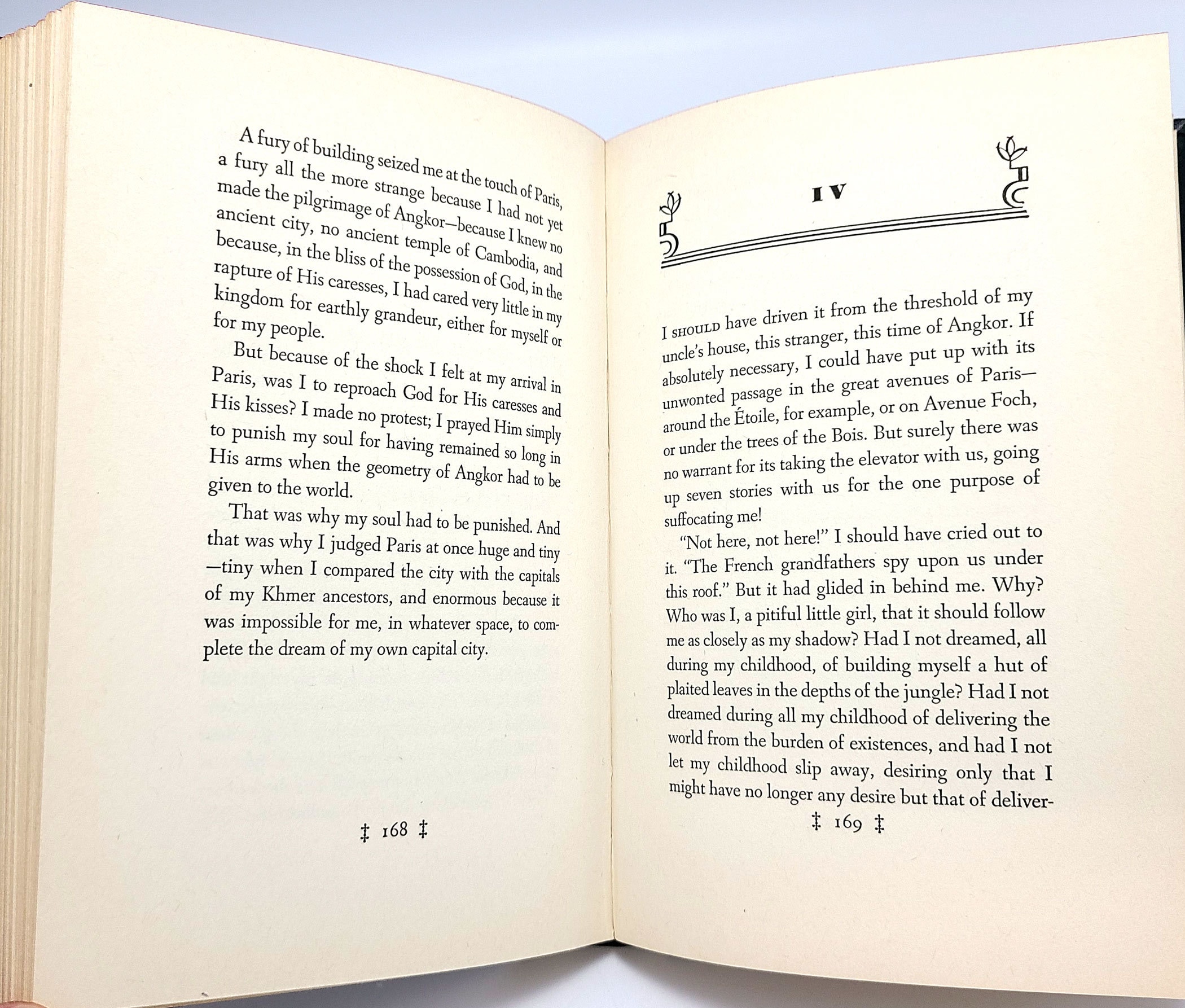 Set Cambodia and Paris, this is an exotic and deeply psychological novel is about a Khmer princess, educated in France, which portrays her struggles for spiritual and cultural identity through her own personification of both the East and the West. The novel was the jury winner of the 1939 All-Nations Prize Novel Competition and translated by Edward Weismiller for this edition.

Makhali-Phal (1898-1965), born Nelly-Pierrette Guesde at Phnom Penh, was a French-Khmer novelist and poet. She was reputedly given the name Makhali-Phal by King Sisowath and was brought to France in 1906 with the Cambodian Royal Court during their official visit to Exposition Universelle de Marseille. Her father had been a colonial administrator and her mother a young Cambodian attached to the Royal Palace.