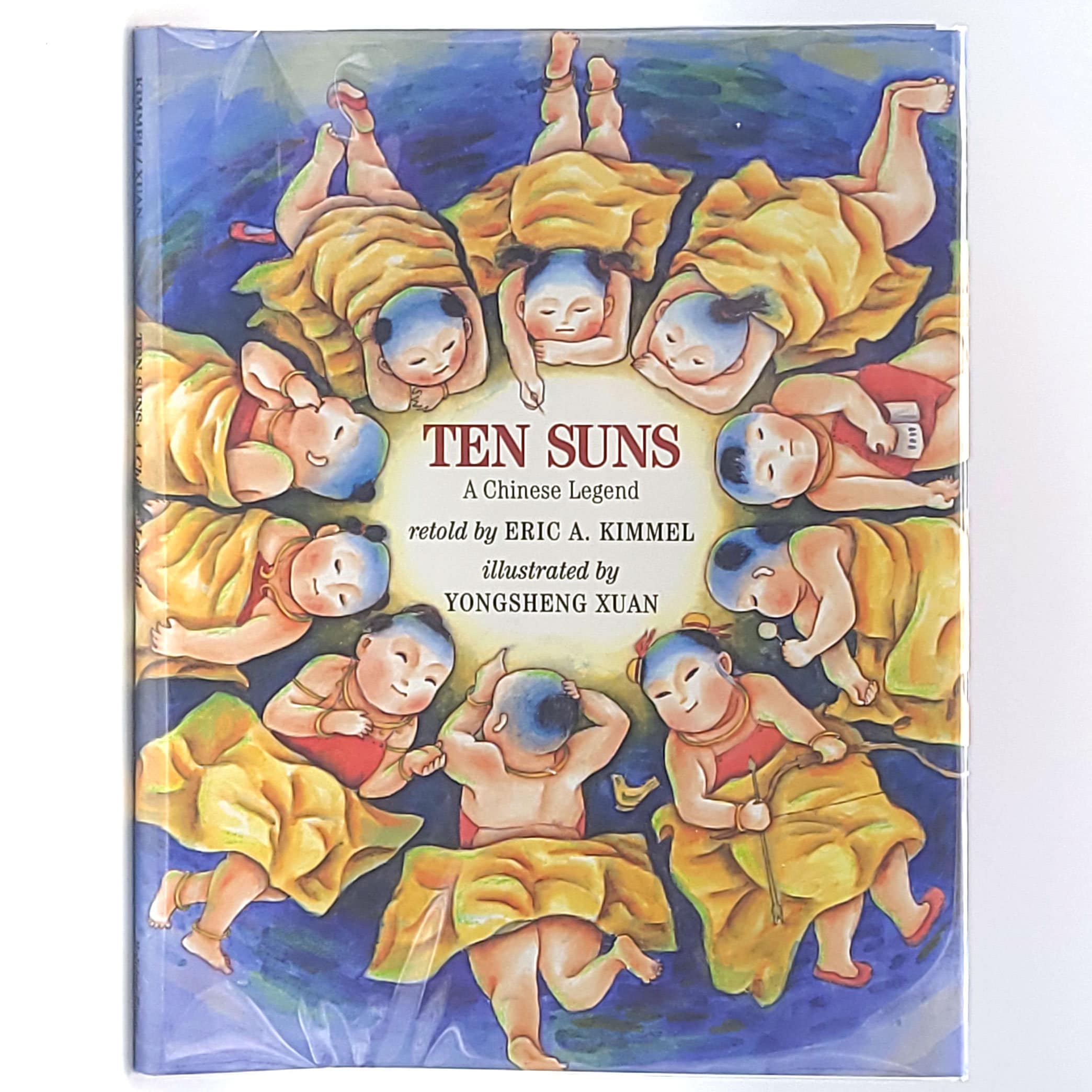 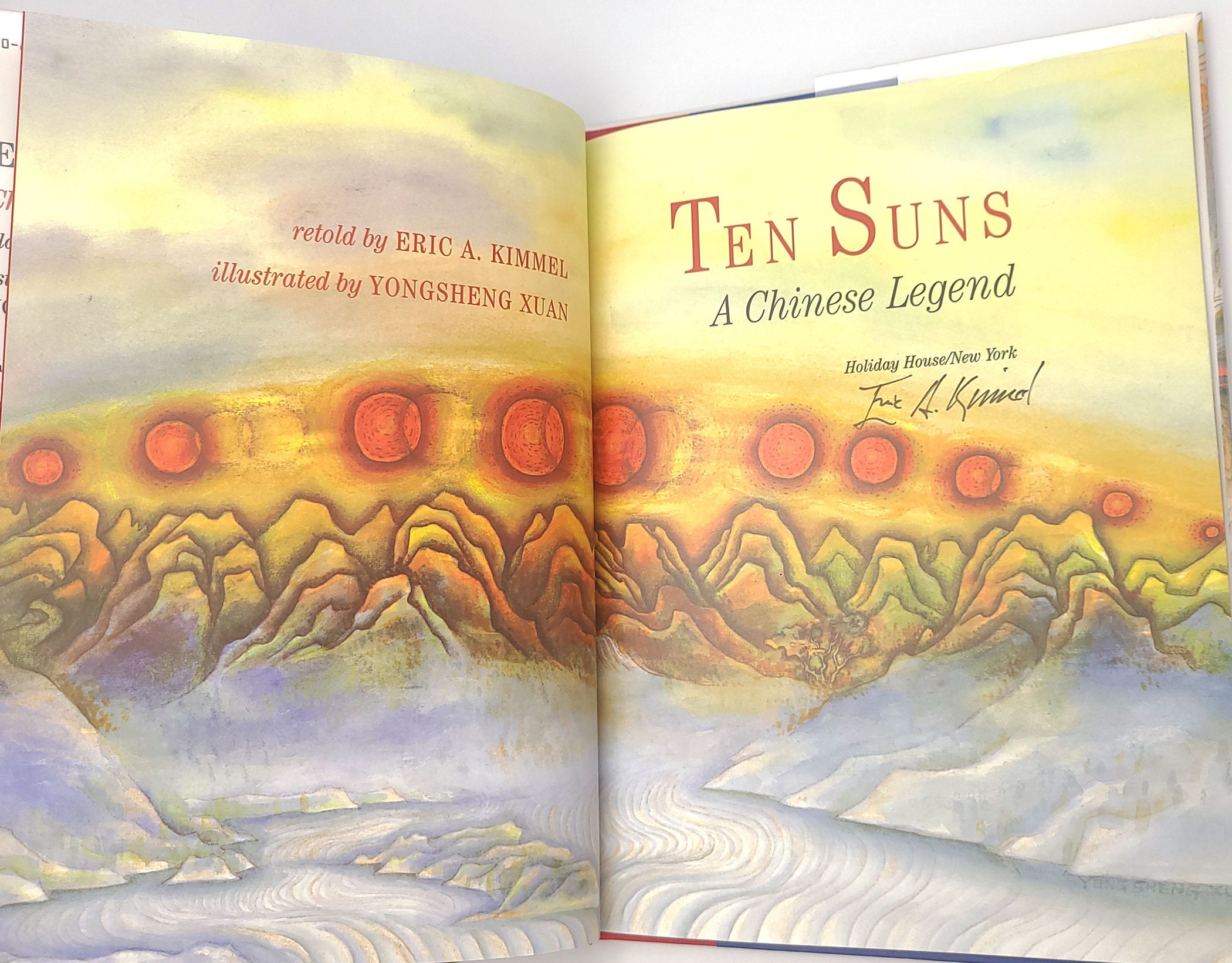 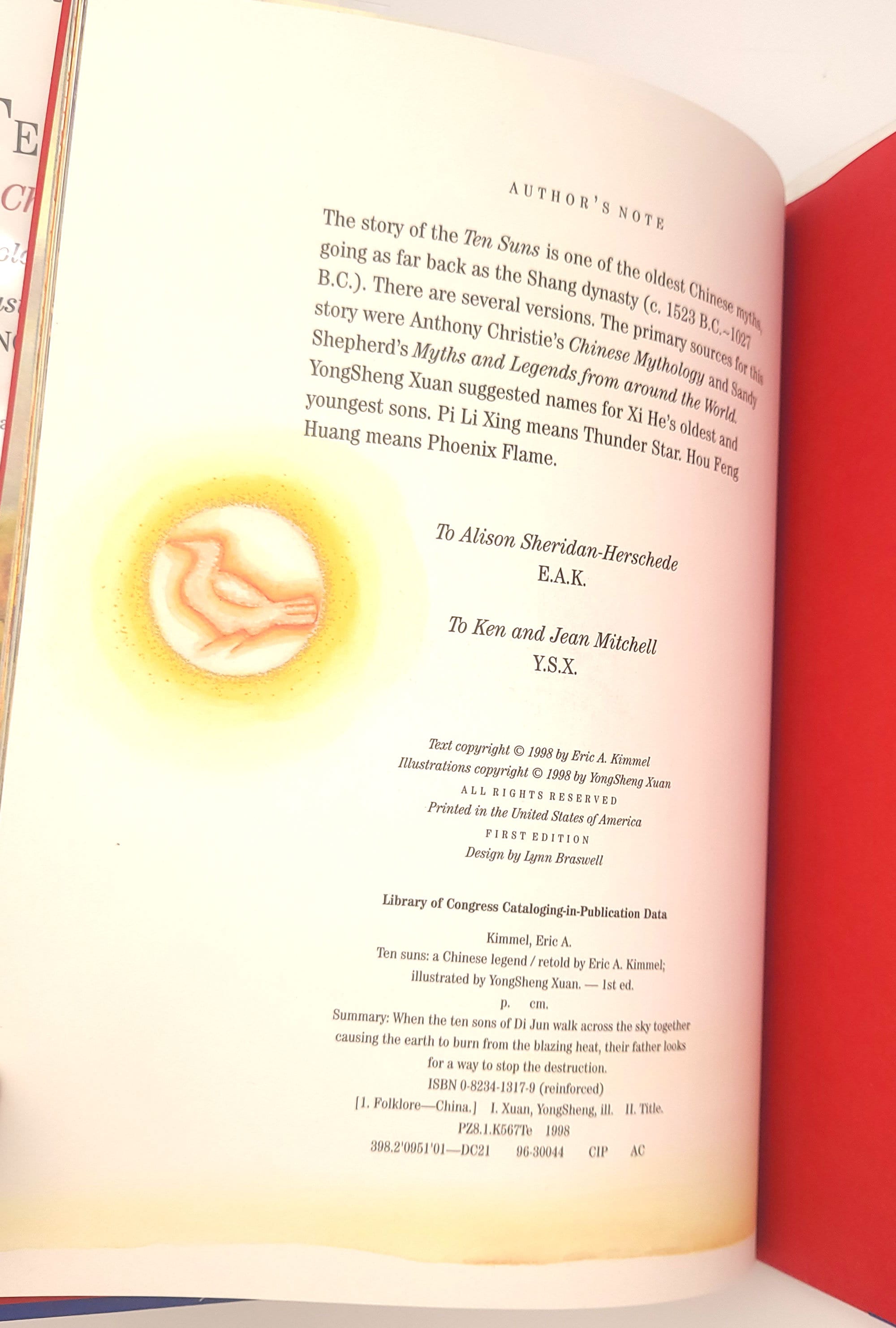 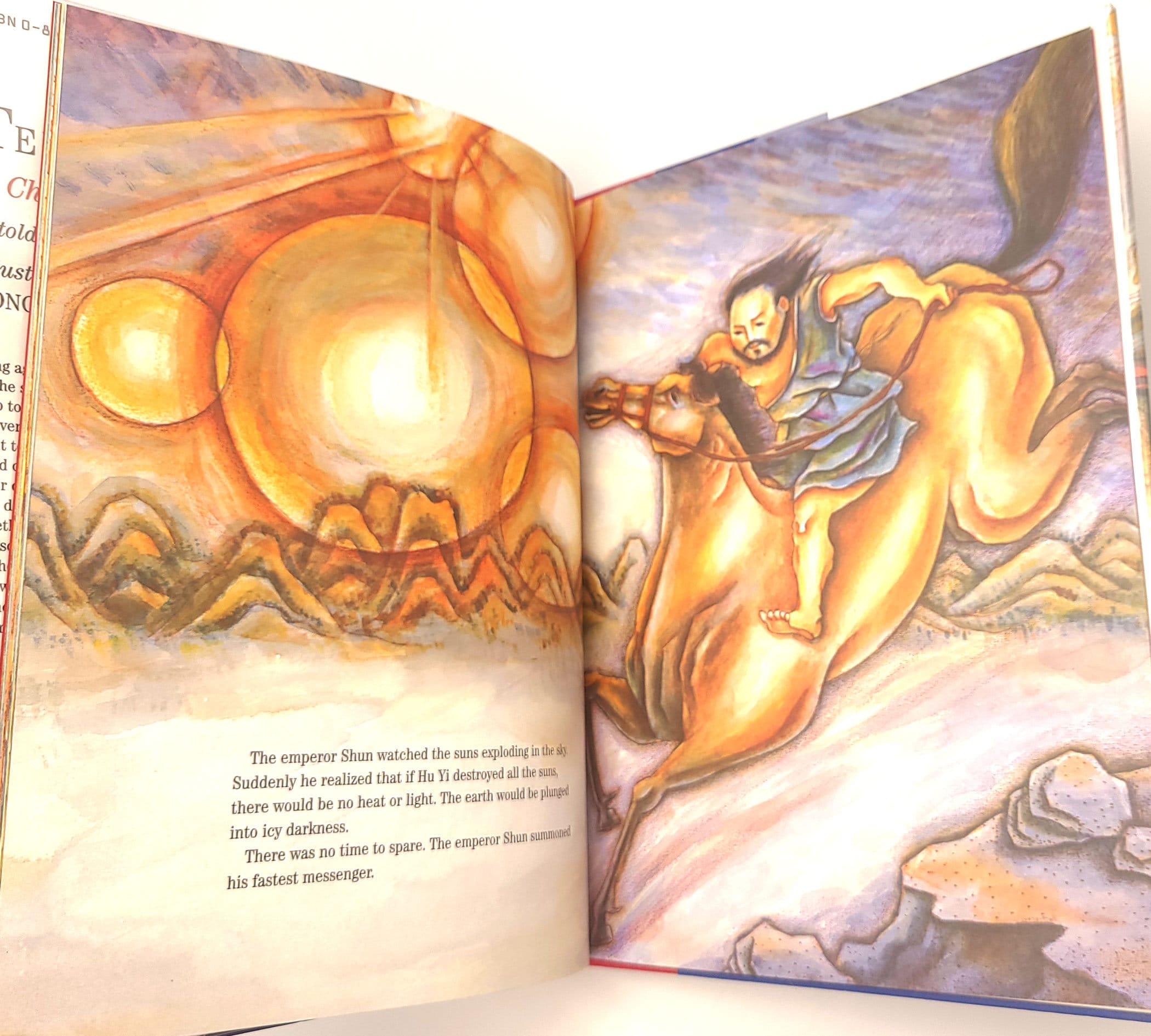 Long ago, Di Jun, the eastern emperor of the sky, had ten children: ten suns who took turns walking across the heavens each day to bring warmth and light to the earth. But having grown tired of walking all alone, year after year, they decided to instead walk across the sky together. Their combined heat and light wilted crops, boiled oceans, and withered humans on the earth below them. The story of the Ten Suns is one of the oldest Chinese myths, going as far back as the Shang Dynasty (ca.1523- ca. 1027 B.C.).

Eric Kimmel (b. 1946) is an American author of children's books. His work has been enthusiastically received and has been recognized with a Caldecott Honor Book and multiples of both the Sydney Taylor Book Award and the National Jewish Book Award. He is Professor Emeritus of Education at Portland State University.

Yongsheng Xuan (b. 1952) is a Chinese artist, born in Shanghai and educated at the Central Arts and Crafts University in Beijing. In 1990 he moved to Canada and throughout the nineties contributed to children's magazine, Cricket.