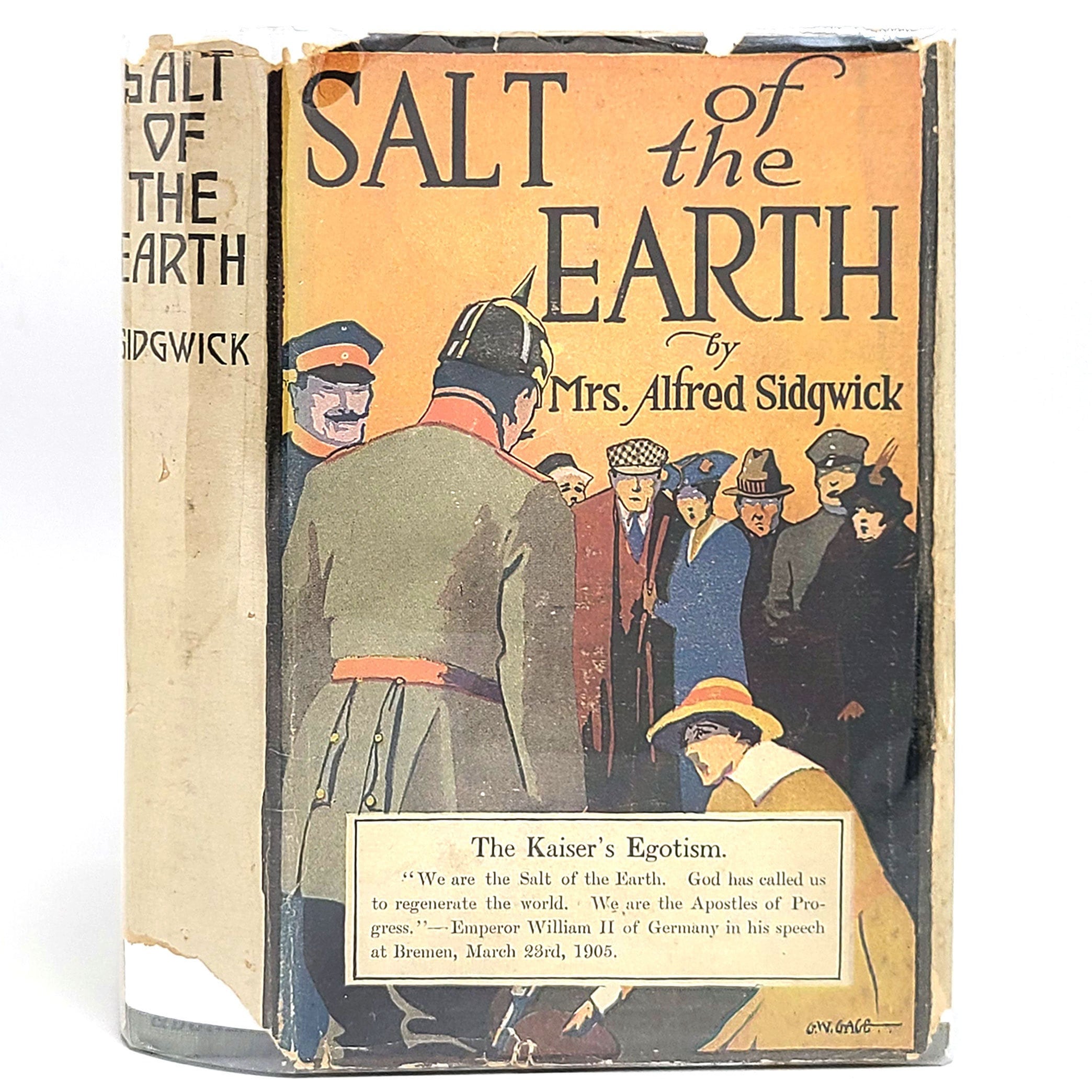 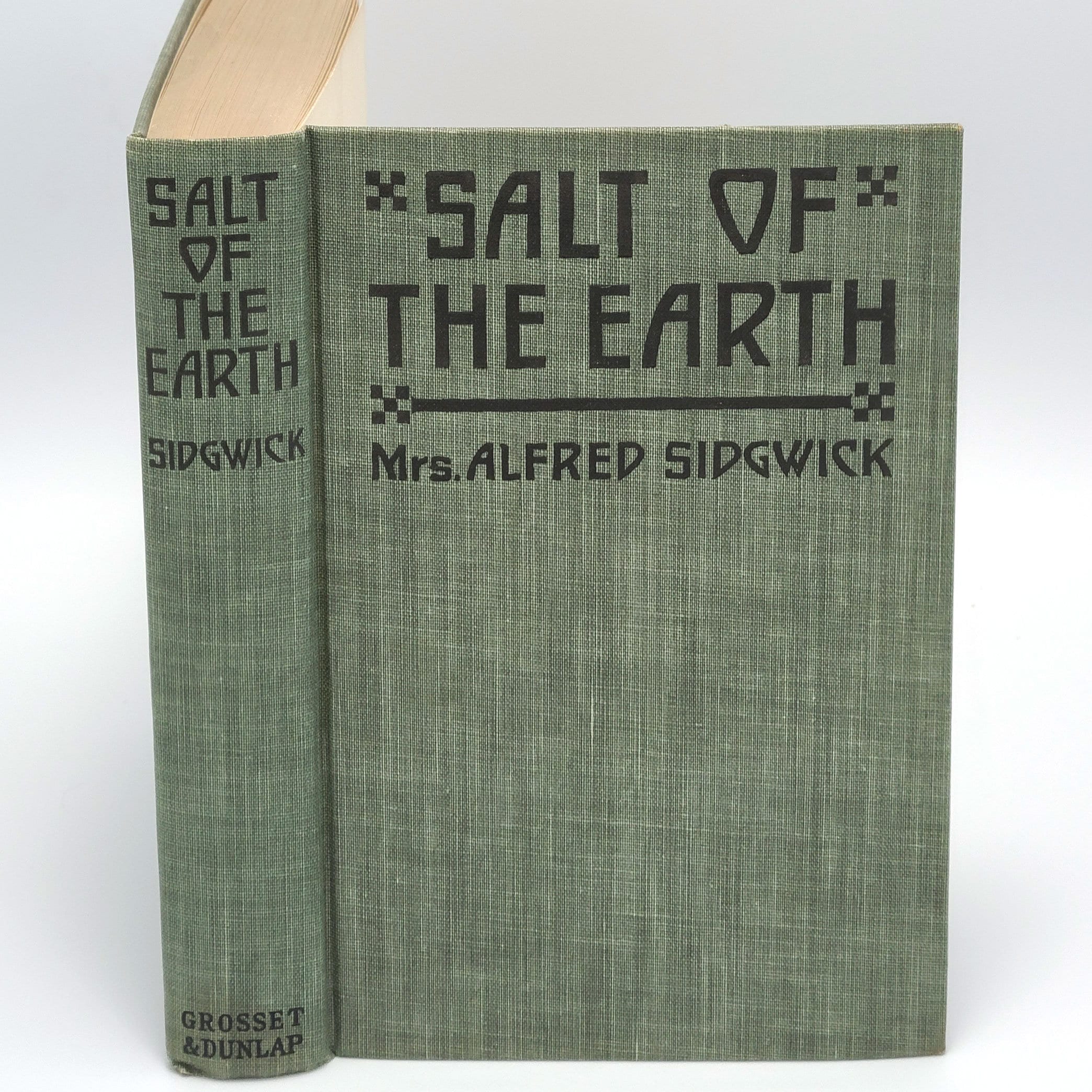 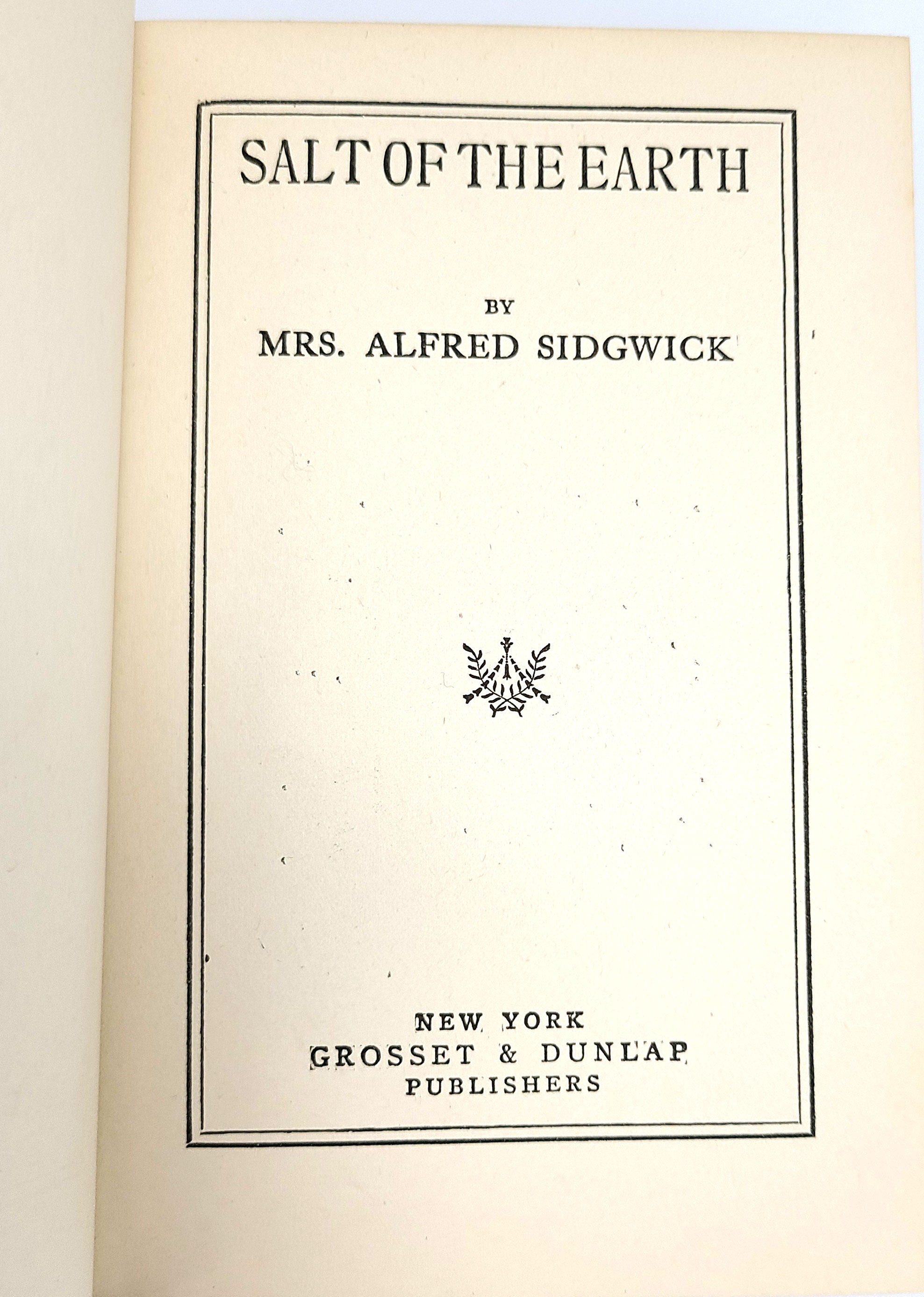 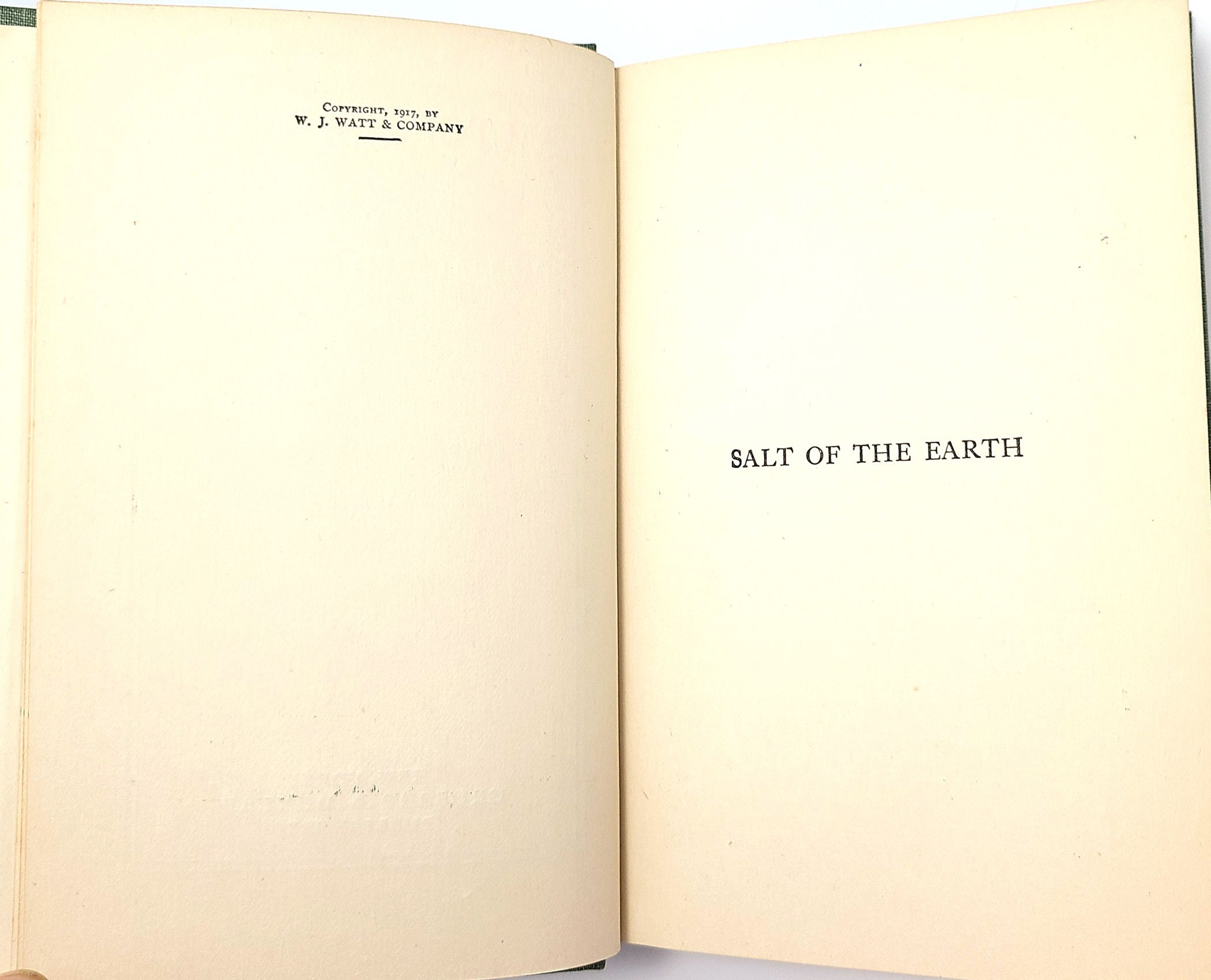 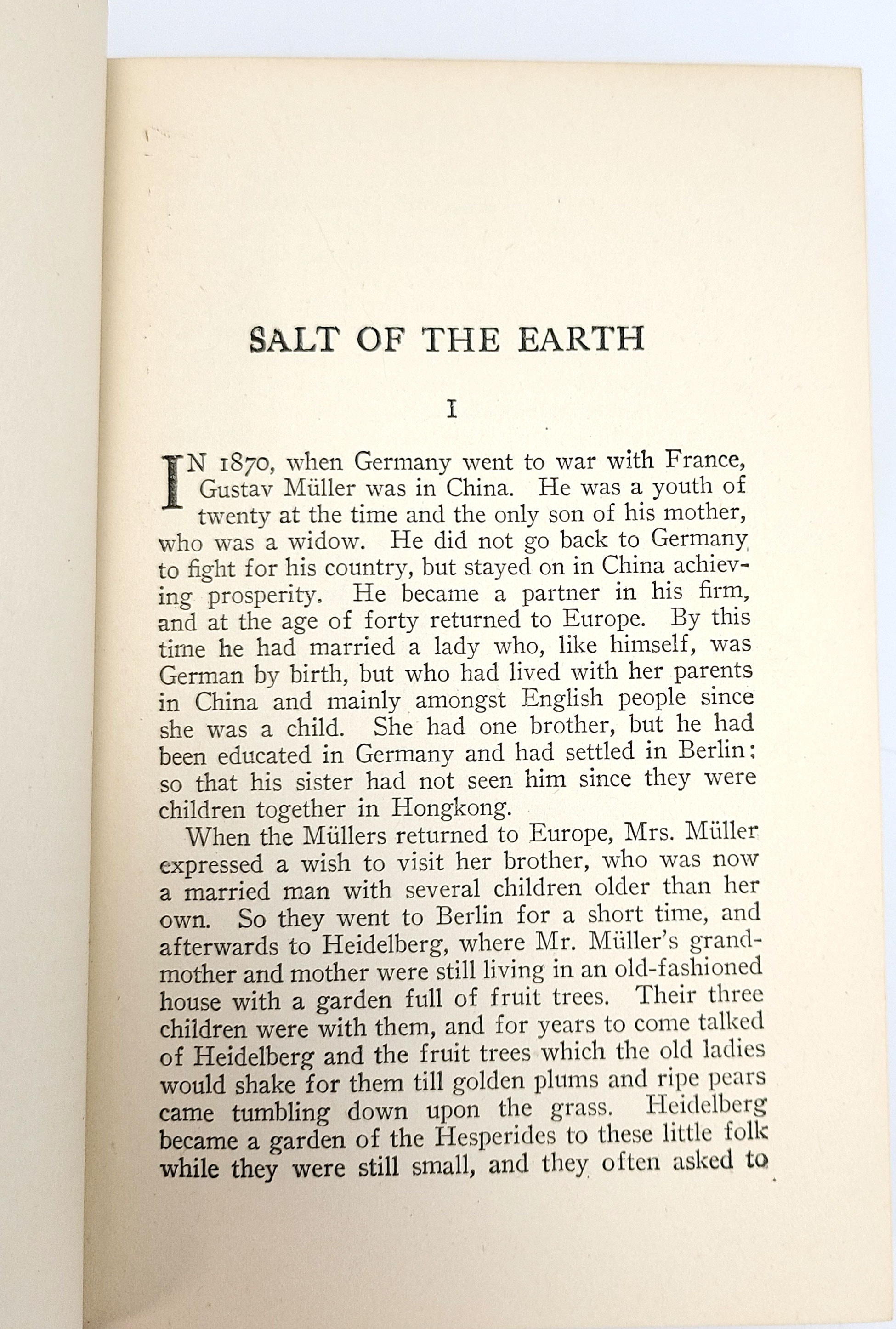 Title: Salt of the Earth

Written during the First World War and originally published in the UK with the title Salt and Savour (Methuen, 1916). The story is set in the pre-war period and is about an English woman who has married a German man. She observes that throughout modern Germany a cloud of malevolent feeling is being aimed at the English and recognizes that the English would soon come to feel it. As the blurb on the dust jacket says, "The writer reveals to us the heart of Germany, lovable in some aspects, but chiefly sinister, hideous, a threat to the world."

Cecily (Ullmann) Sidgwick (1854-1934) was an English novelist, born to German parents who were living in the UK. Not long before Salt and Savour was written, Cecily and her husband Alfred became part of the Lamorna Art Colony in Cornwall, having built their home there in 1914. Sidgwick had often written about Germans and German culture, but during the war (which had a devastating effect on Lamora), her pen took a vituperative turn.