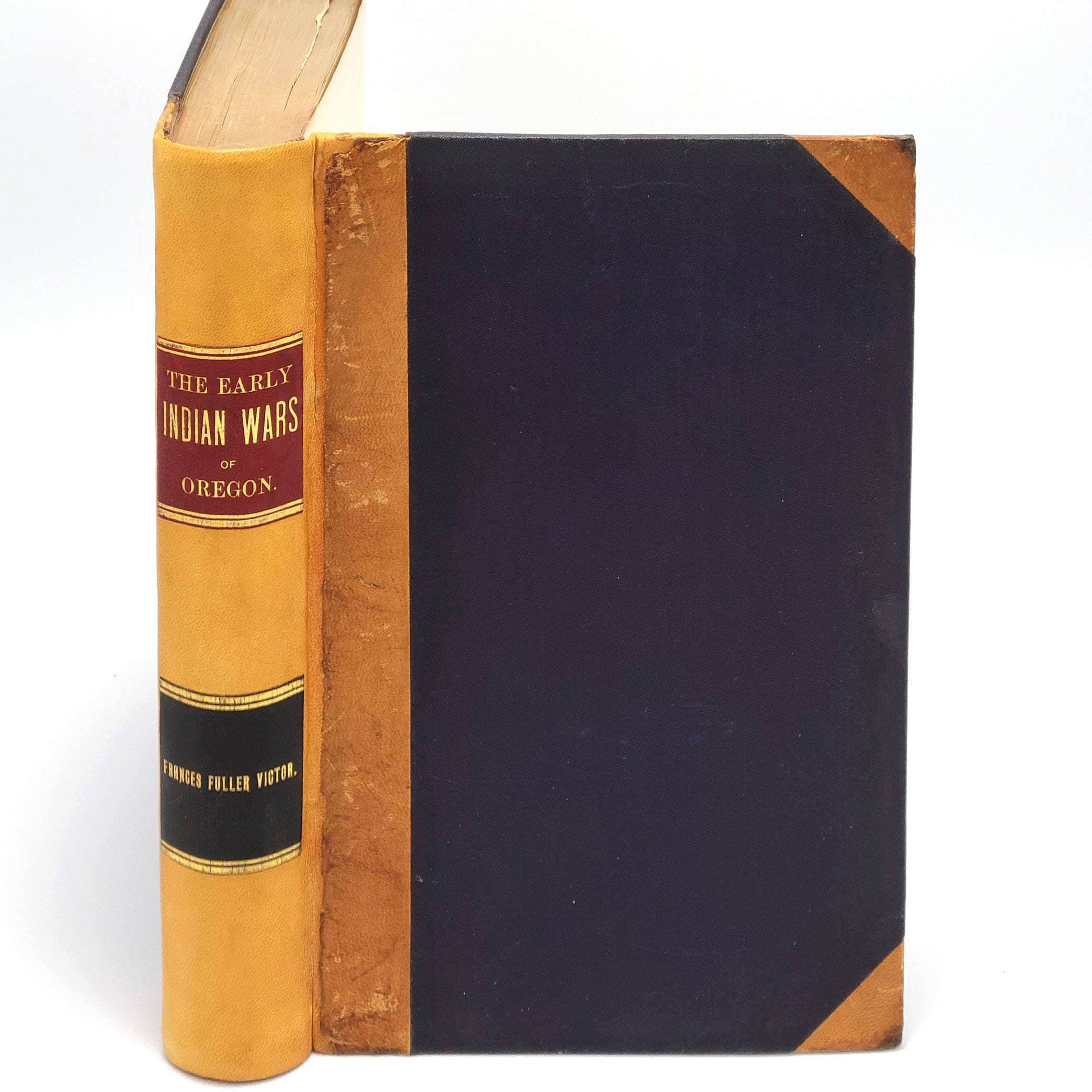 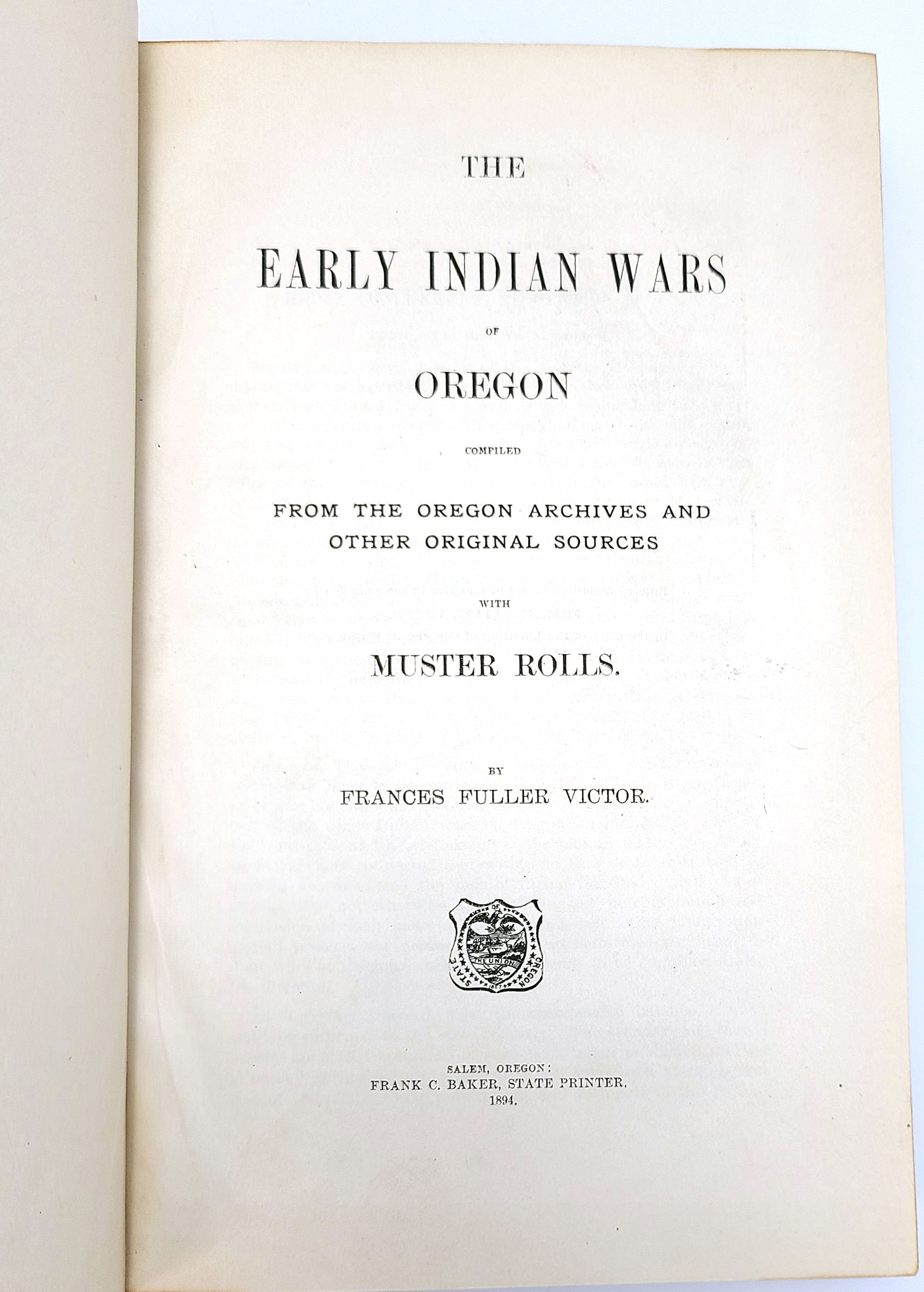 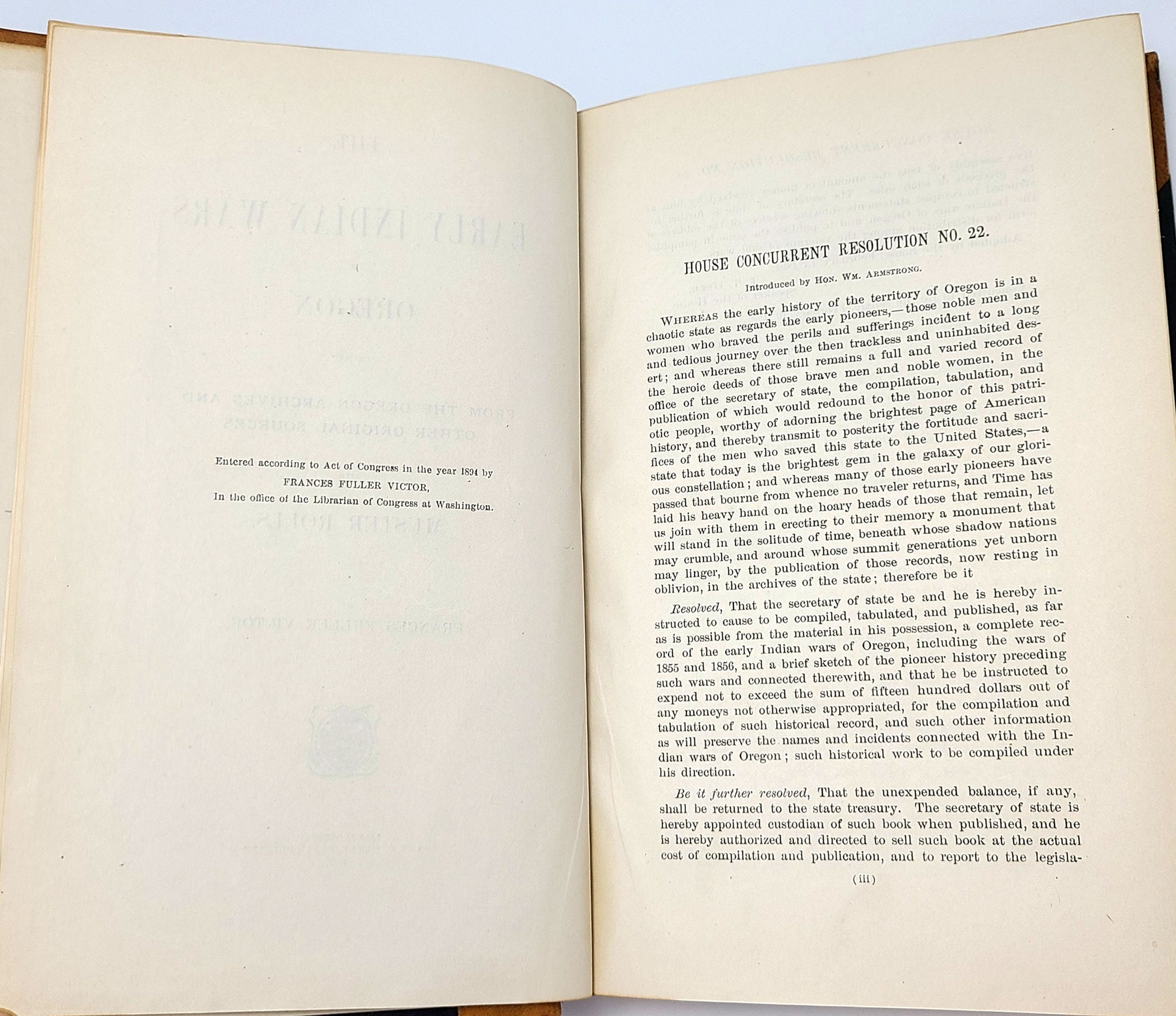 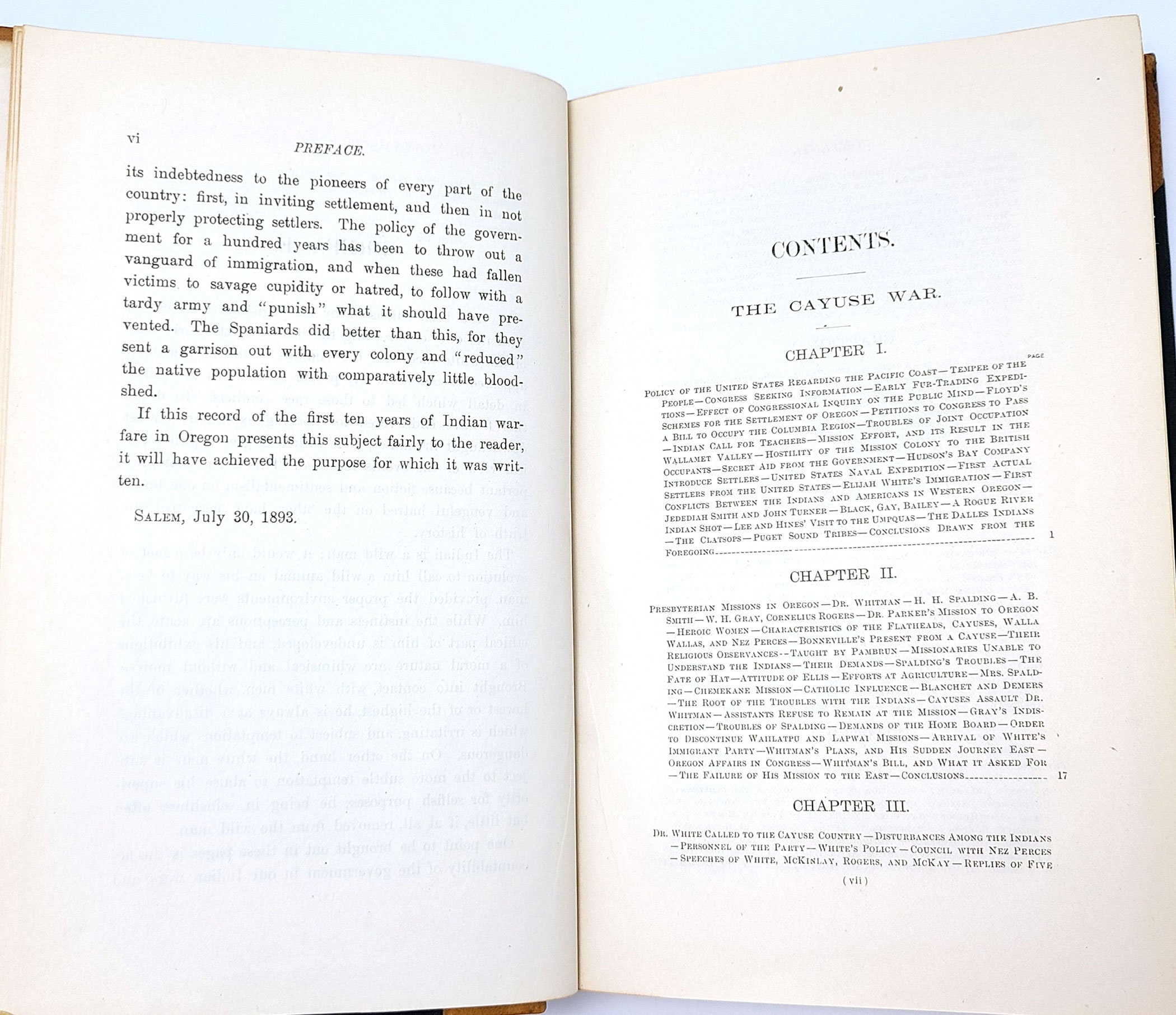 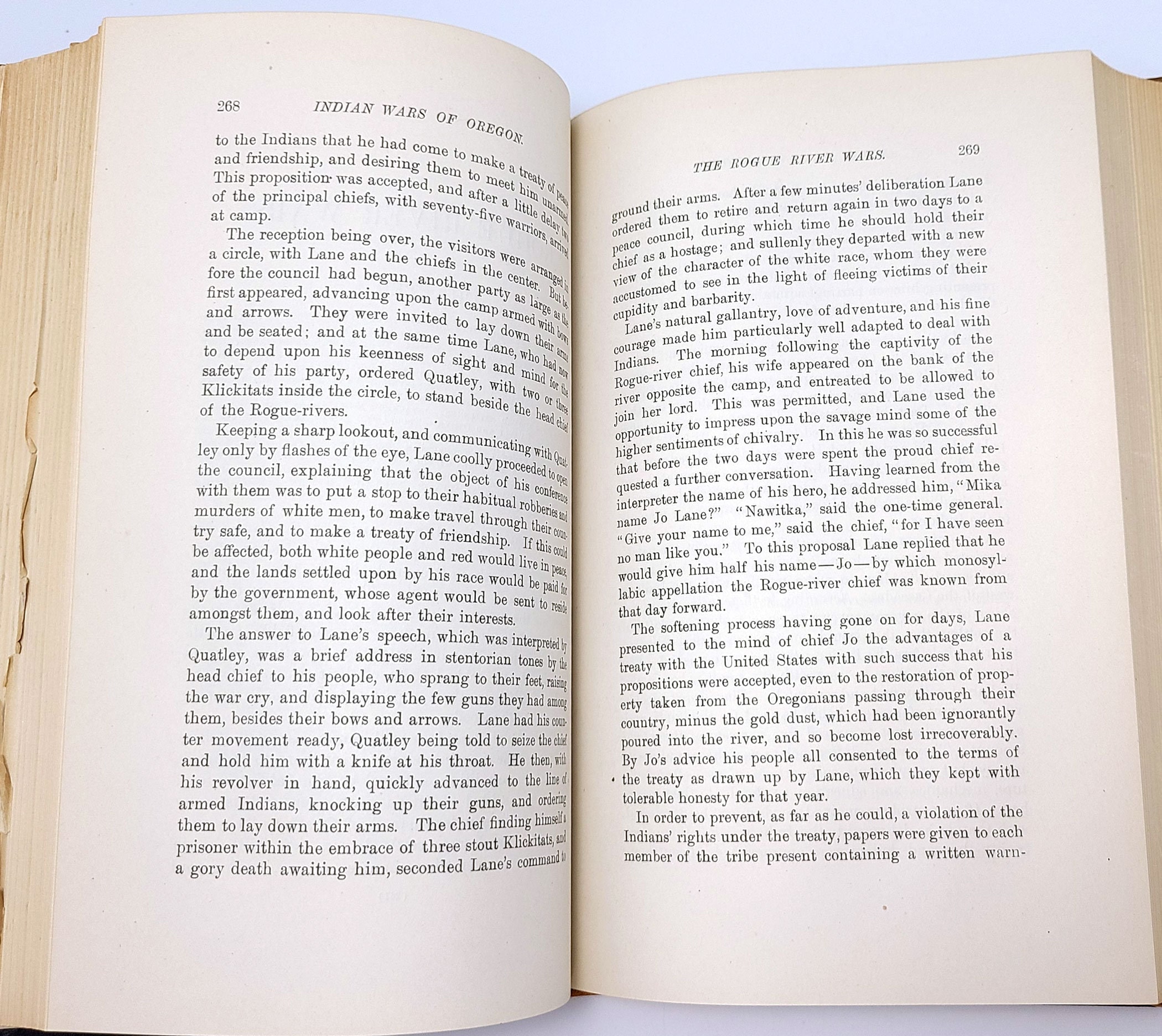 Title: The Early Indian Wars of Oregon compiled from the Oregon Archives ad other original sources with muster rolls

Frances Fuller Victor (1826-1902) was a historian of the American West and was commissioned to write this volume by the Oregon state legislature. At this time, she had written several works about Oregon and had had a close, decade-long, working arrangement with historian Hubert Howe Bancroft, making available to him her extensive collections and research, and contributing much material for his History of the West.