The Contribution of Jason Lee to Civil Government in Oregon 1954 by T.D. Yarnes - History - Methodist 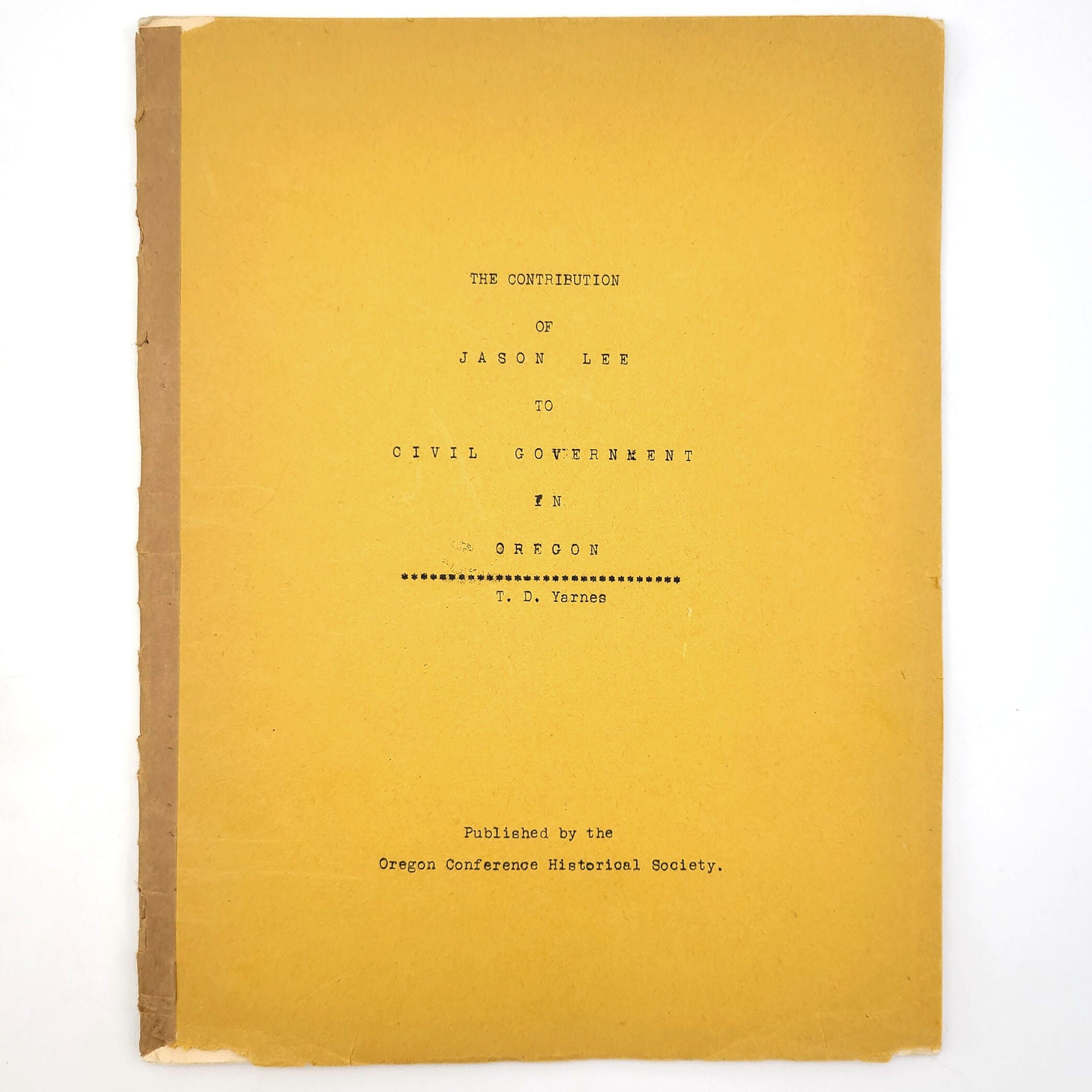 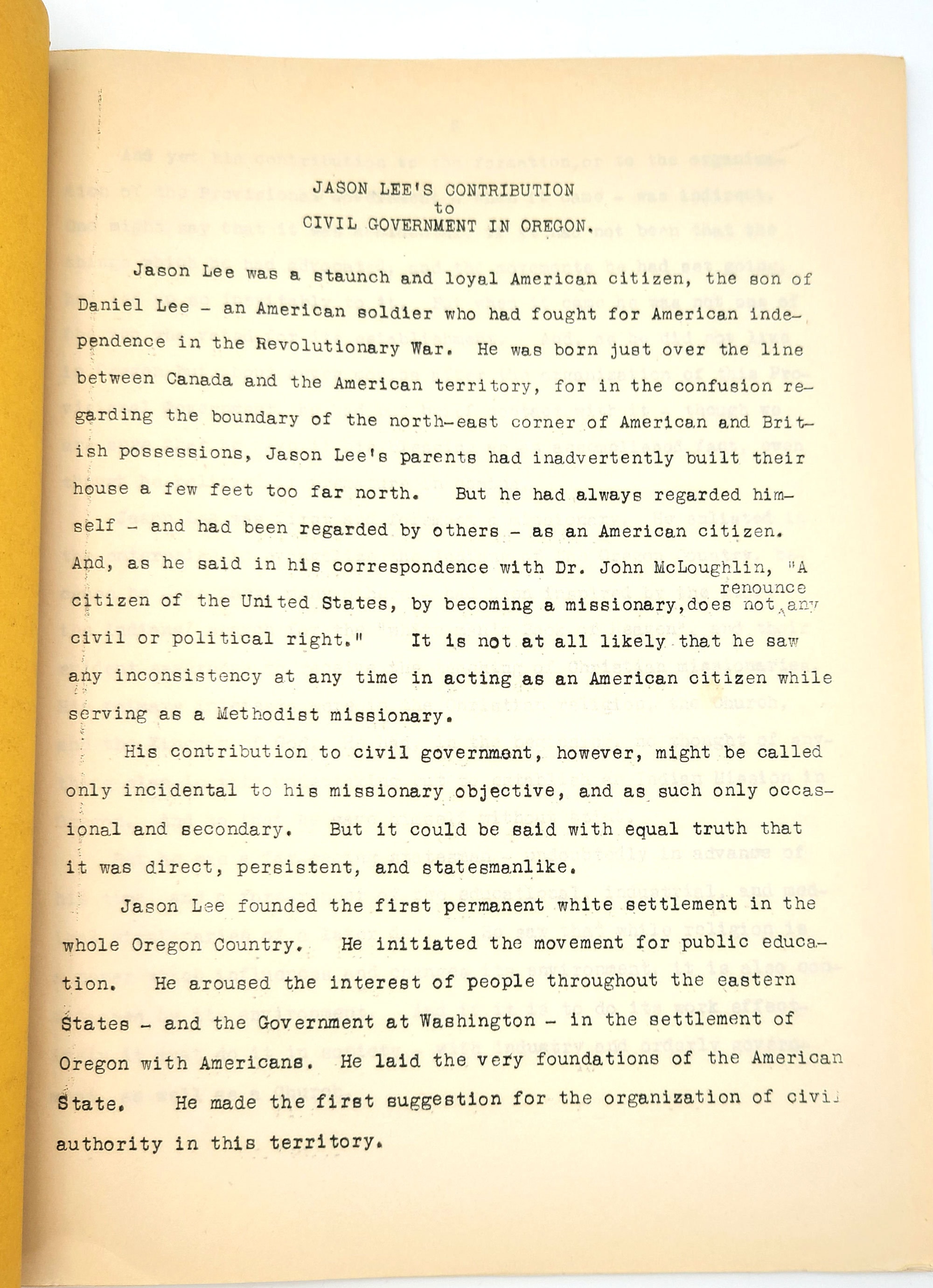 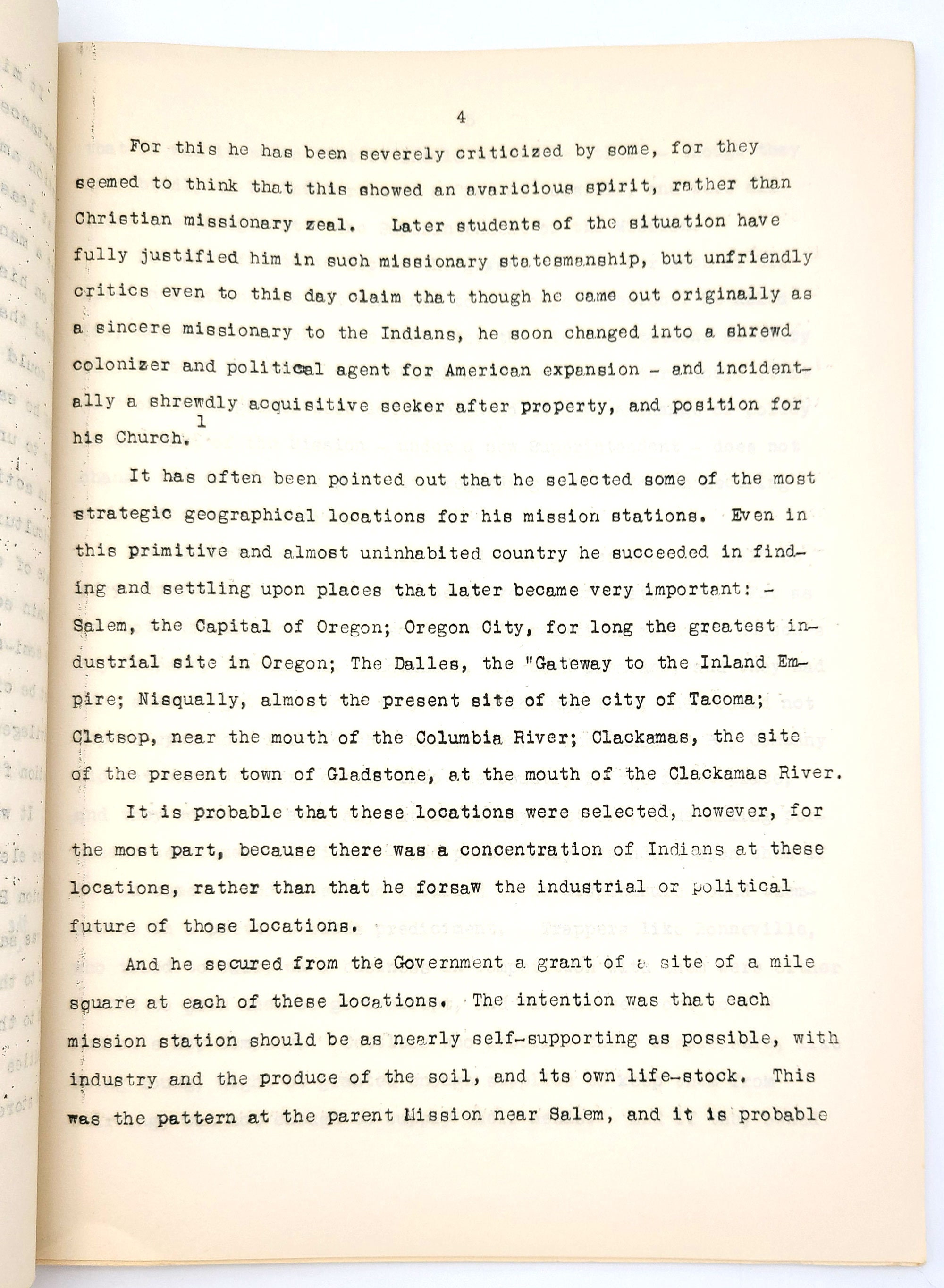 Title: The Contribution of Jason Lee to Civil Government in Oregon

23 page essay on Jason Lee in Oregon (and a five page appendix with notes, including the text of J. L. Whitcomb's petition to the U.S. Congress).

The author, Thomas David Yarnes (1883-1957), was a life-long Methodist minister in western Oregon. He was born in Minnesota and moved to Oregon in 1892. He was ordained as an elder in the Oregon Methodist Conference in 1911 and received degrees from the Kimball School of Theology and Willamette University. For forty years he served in pastorates from Portland to Klamath Falls and at many places throughout the Williamette Valley. He served in various administrative roles in the Oregon Conference and was its secretary for several years.