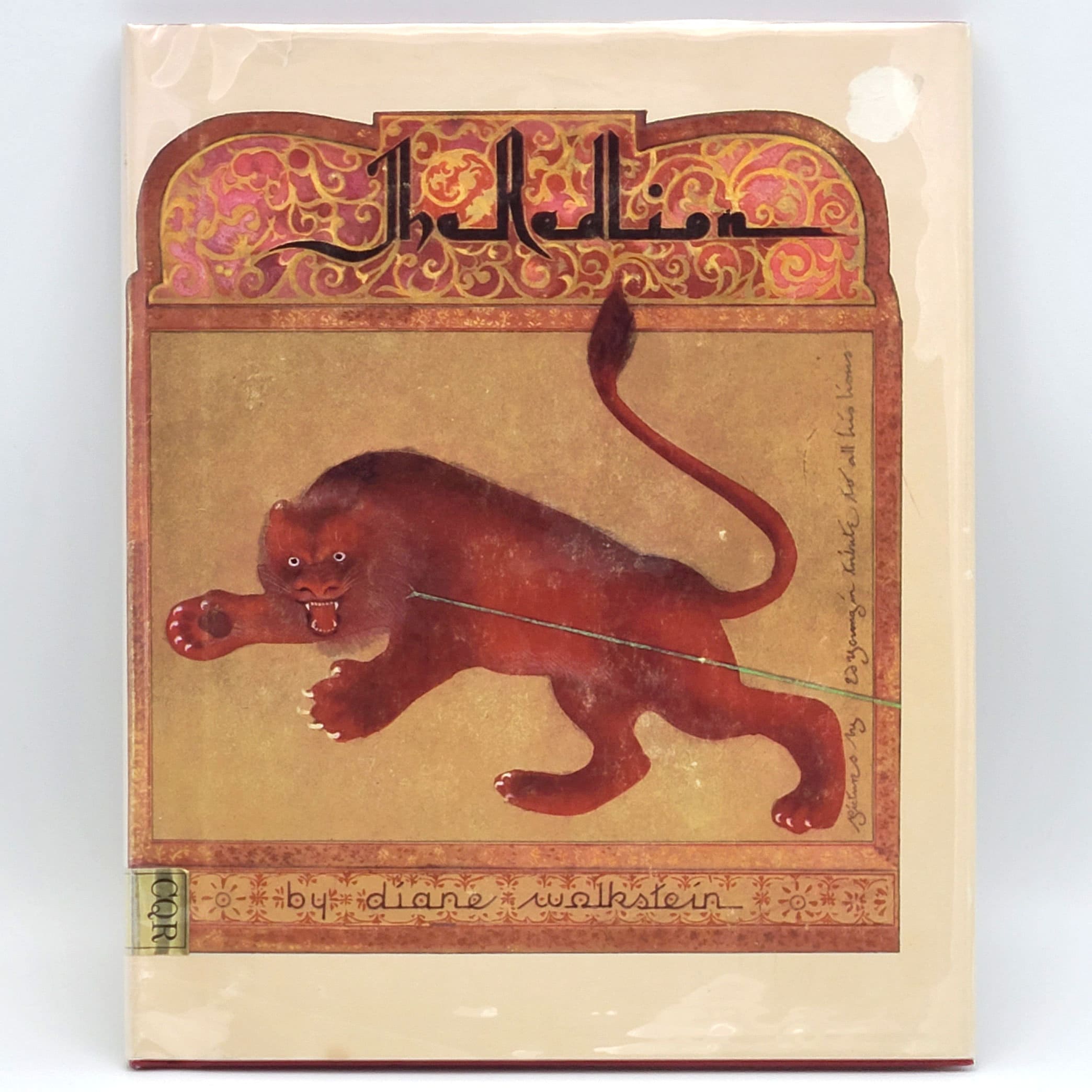 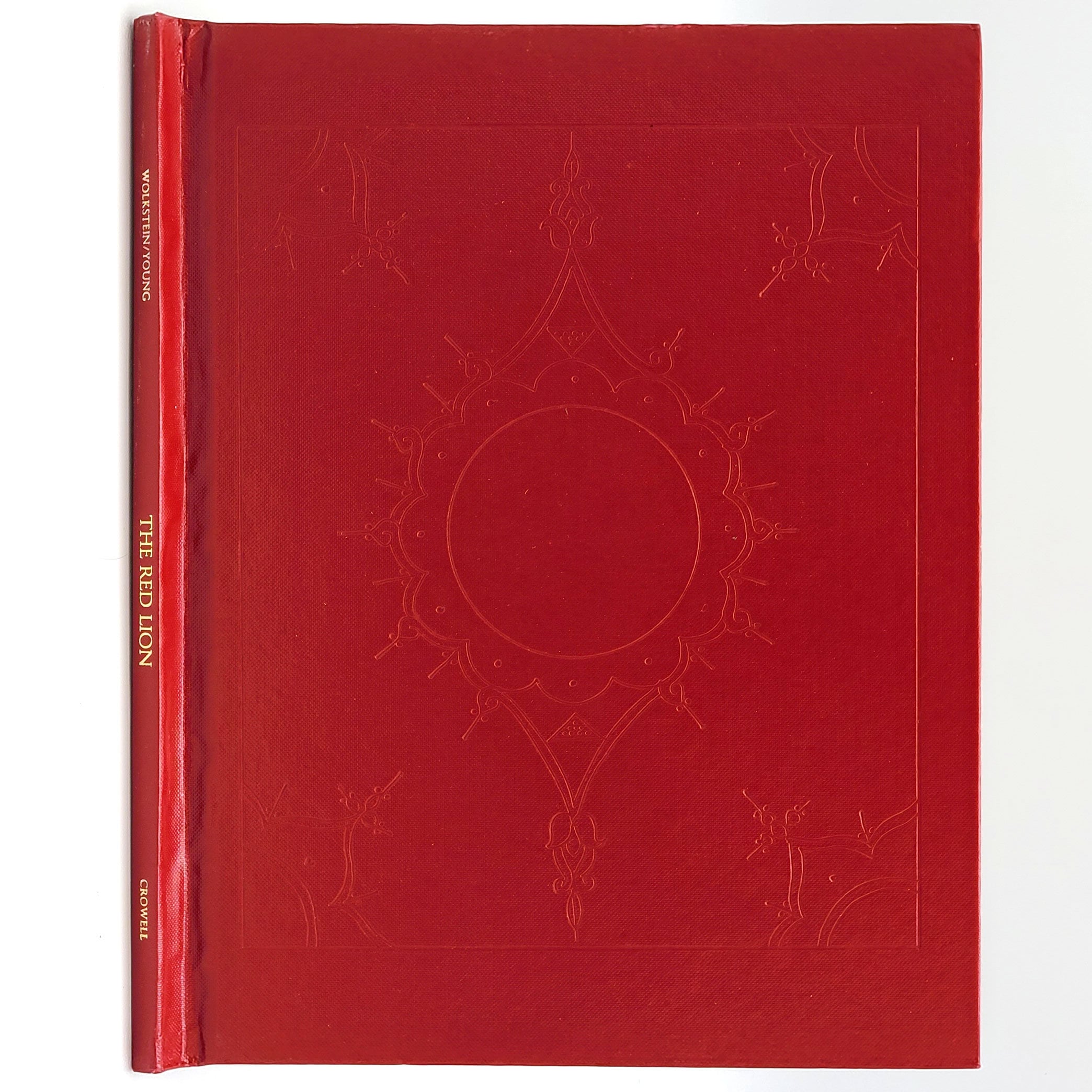 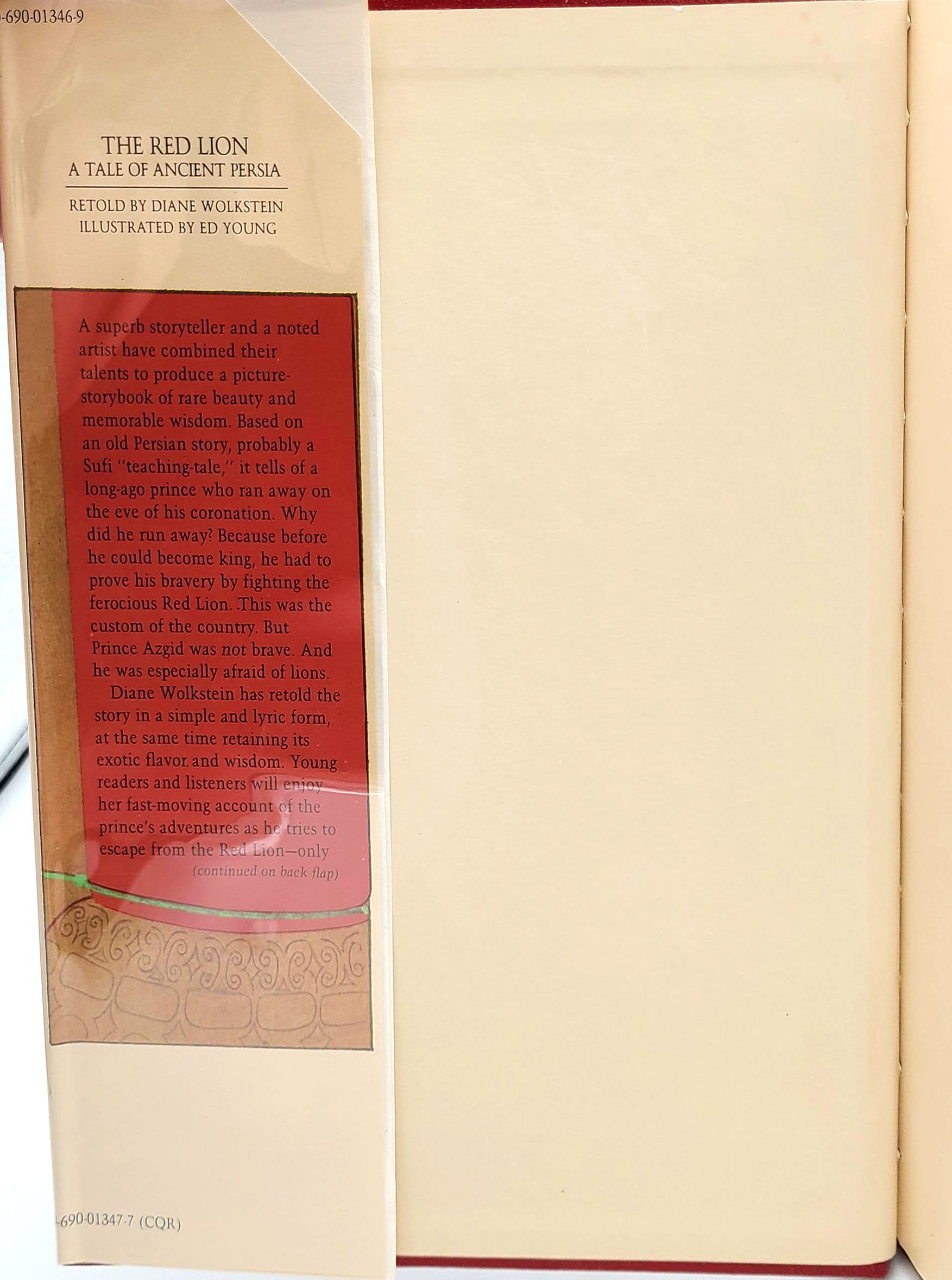 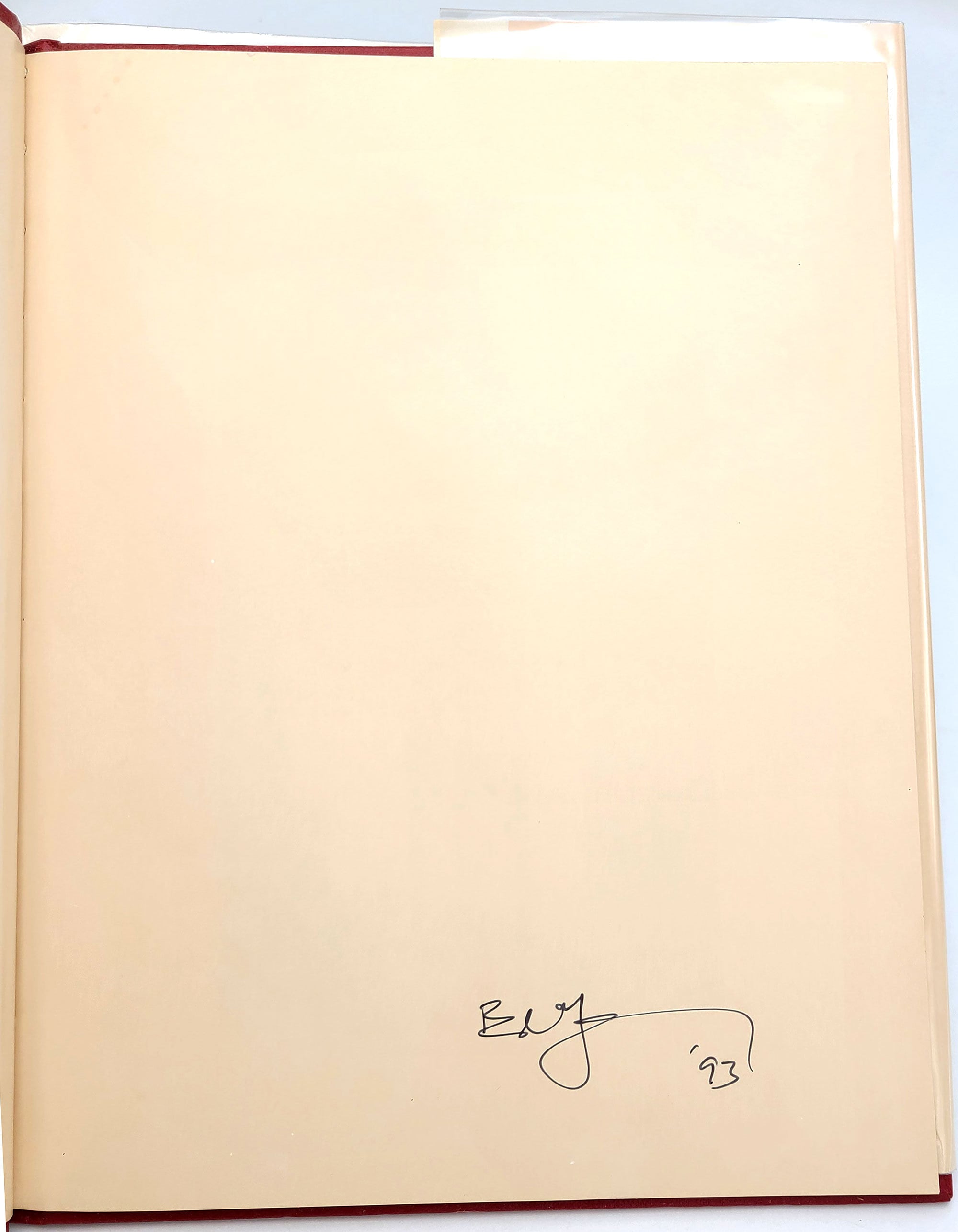 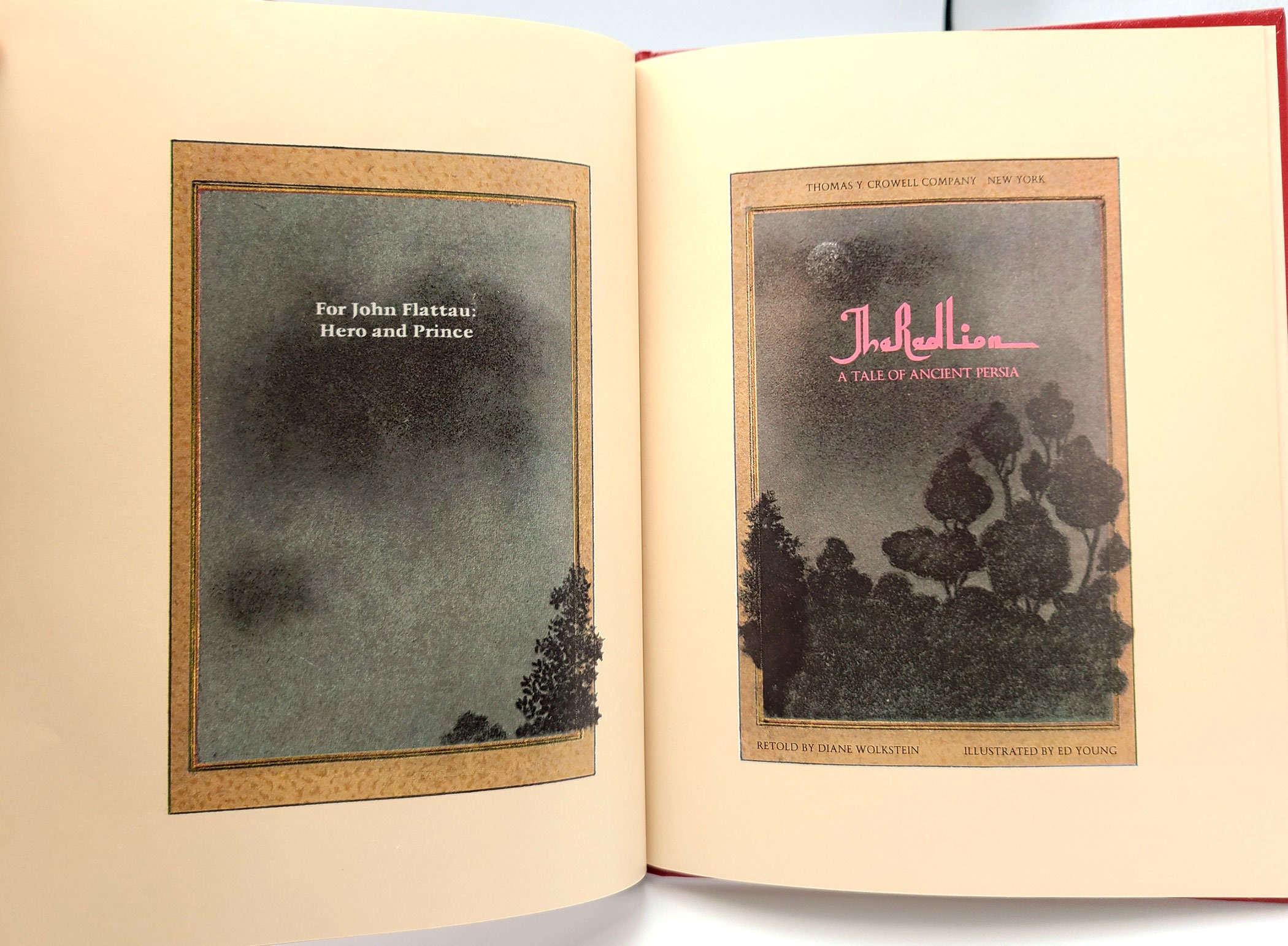 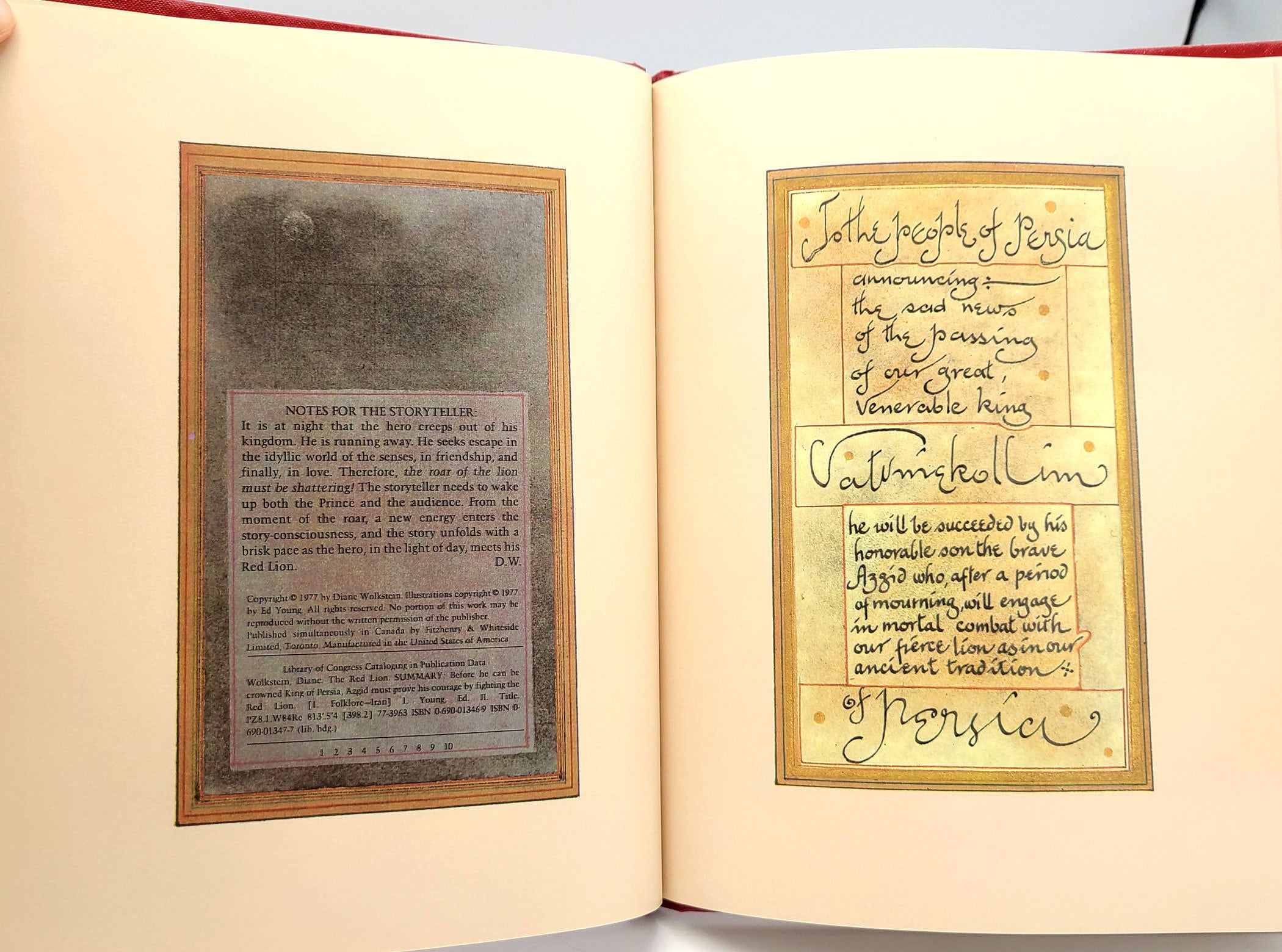 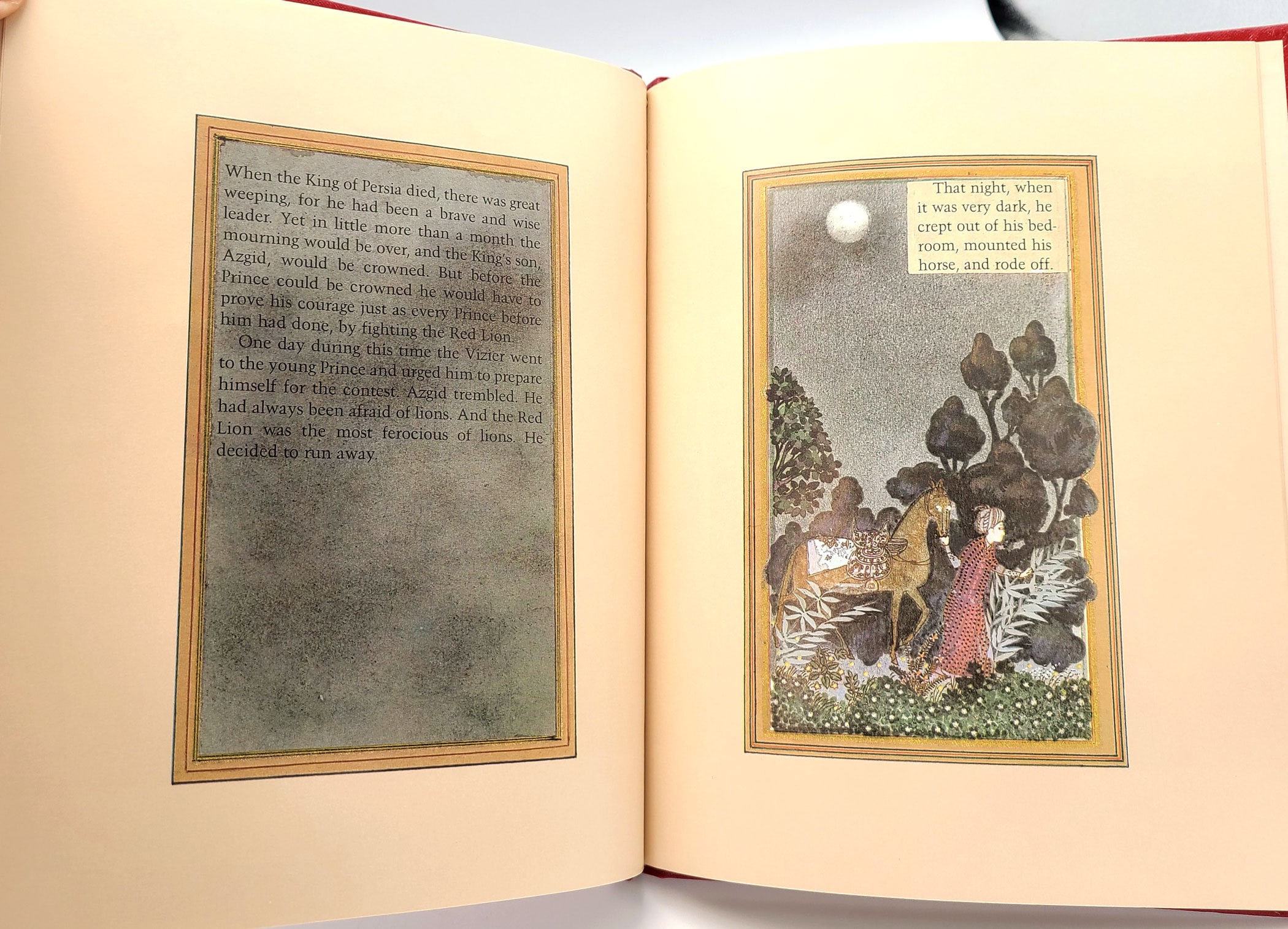 Title: The Red Lion: A Tale of Ancient Persia

Based on an old Persian story, probably a Sufi "teaching tale," of a prince of long-ago who ran away on the eve of his coronation. The tradition in his country was to prove his bravery, before he could become king, by fighting a ferocious red lion. In the end, the prince learns an important lesson. The Red Lion features has been beautifully illustrated by Ed Young, whose work here reflects the traditional miniature style found in Persian manuscripts.

Diane Wolkstein (1942-2013) was a folklorist and author of children's books. She served as New York City's official storyteller from 1967 to 1971 and also had a radio show, "Stories from Many Lands," which was broadcast on WNYC between 1968 and 1980. She helped establish the Storytelling Center of New York City was an early contributor to the Saturday morning tradition of storytelling in Central Park.

Ed Tse-chun Young (b. 1931) is a Chinese-born American illustrator and writer of children's books. For his work he has received high recognition, including a Caldecott Medal, two Caldecott Honors, multiple Boston Globe-Horn Book Awards, the Washington Irving Children's Choice Book Award, and the 2016 Lifetime Achievement Award from the Society of Illustrators.